Toronto-based photographer Peter Andrew Lusztyk‘s work has appeared in National Geographic, Wired and The Atlantic. His pictures often reveal new perspectives on familiar subjects, whether it’s guns, highways or, in the case of his current Contact exhibit, celebrities.

The Uncanny Valley Portraits takes its title from Japanese robot scientist Masahiro Mori’s namesake theory, which suggests that the more lifelike a human replica appears, the uneasier a human spectator will feel in its presence. Keen to capture celebrities in this disarming state, Lusztyk travelled to Madame Tussauds wax museums, first in Las Vegas in 2016 and then in Washington, D.C., last November. He photographed the lookalike wax figures using atmospheric soft lighting to make them seem even more eerily realistic.

When Lusztyk first displayed a few of the images in an impromptu outdoor installation throughout his neighbourhood near Ossington Station in February 2017, the portraits proved wildly popular—all the prints were stolen within weeks. “Nobody knew they weren’t real-life photographs until I started doing interviews,” says Lusztyk.

Here, Lusztyk tells us about some of our favourite portraits from the collection. 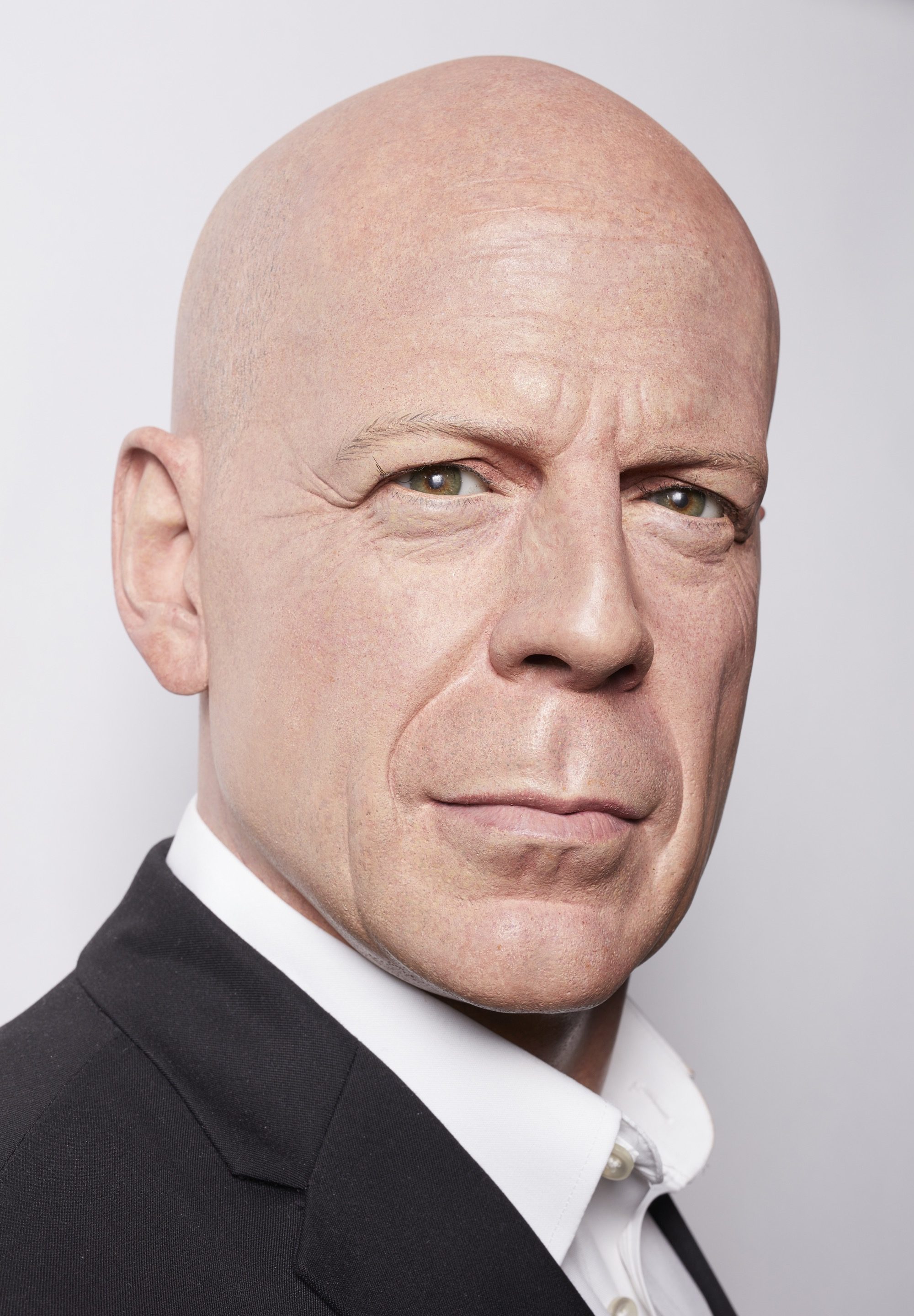 This Is Not Bruce Willis

Lusztyk didn’t know what results he’d get until he photographed this very first portrait at the Madame Tussauds in Las Vegas. “I knew it worked as soon as I took this shot,” he says. “When I showed it to people, they couldn’t distinguish it from the real thing.” 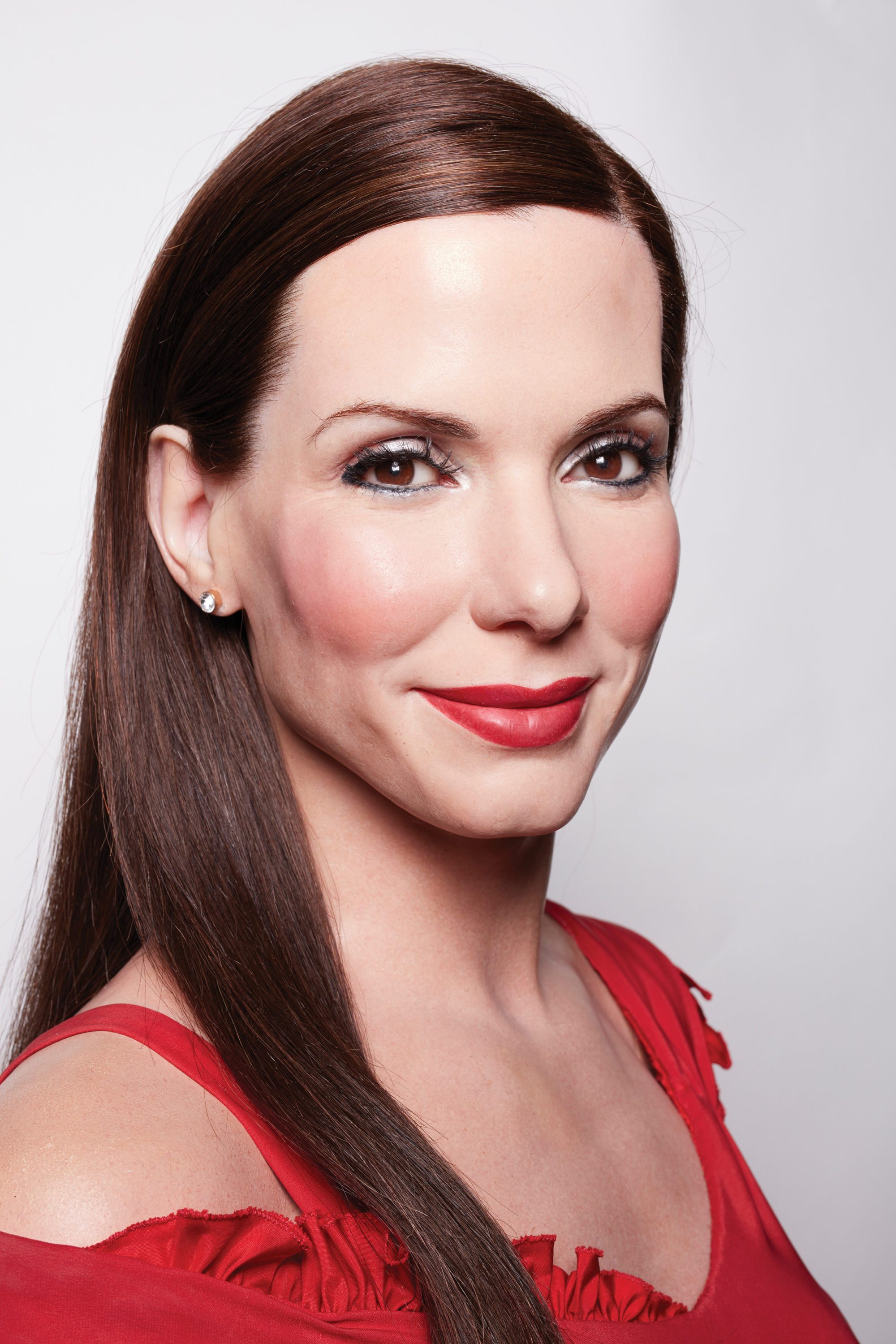 This Is Not Sandra Bullock

Make-up artists at Madame Tussauds do touch-ups on the wax figures before the museum opens every morning. They applied rouge and lipstick to the Sandra Bullock figure right before Lusztyk’s shoot. “The make-up added to this hyper-real depiction that tricked everybody,” he says. 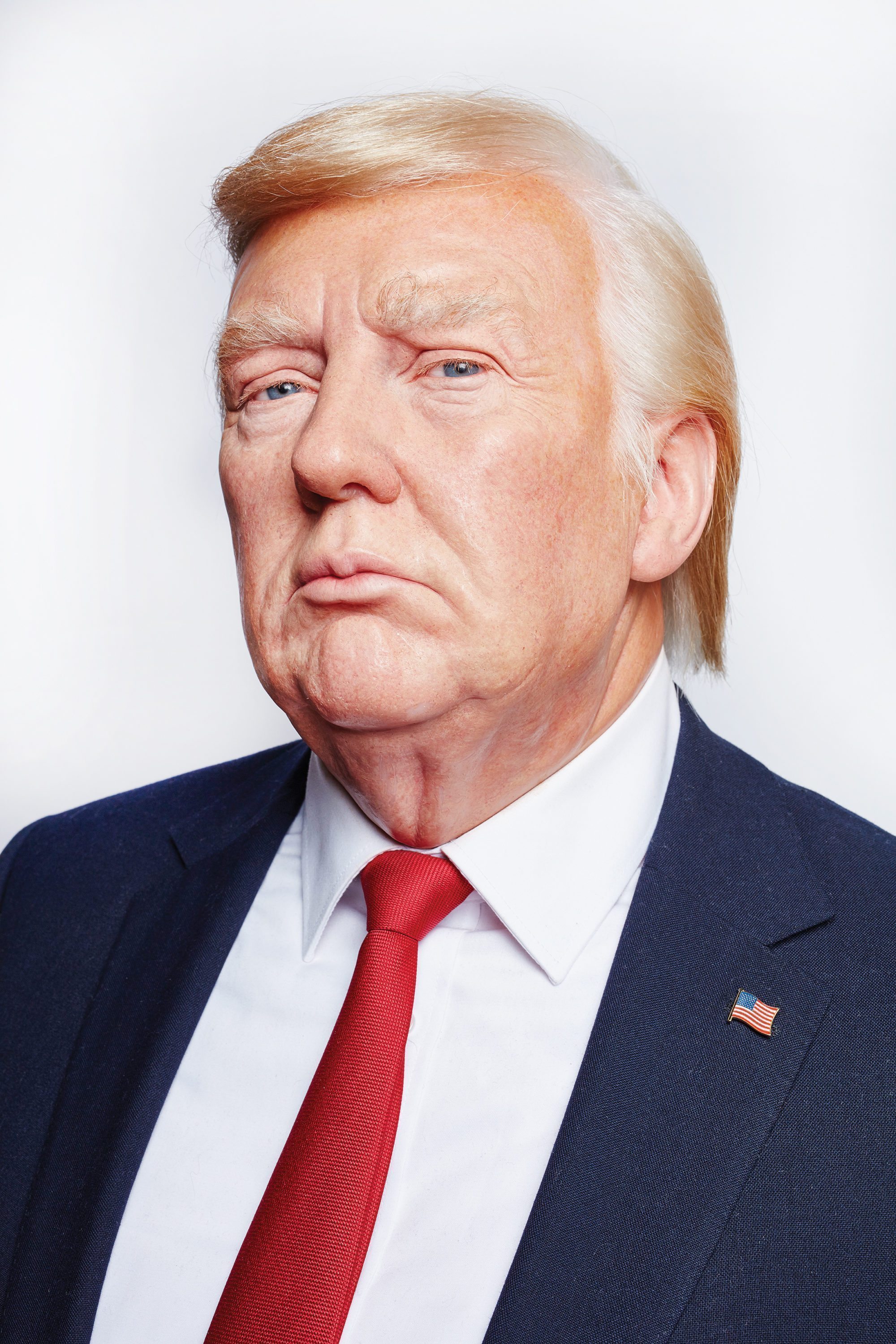 This Is Not Donald Trump

This portrait of the ever-controversial American president has drawn the most attention. “Trump is my favourite because he hits such a raw nerve with people,” Lusztyk says. “That expression, and the fact he’s looking down at you, feels really true to life.” 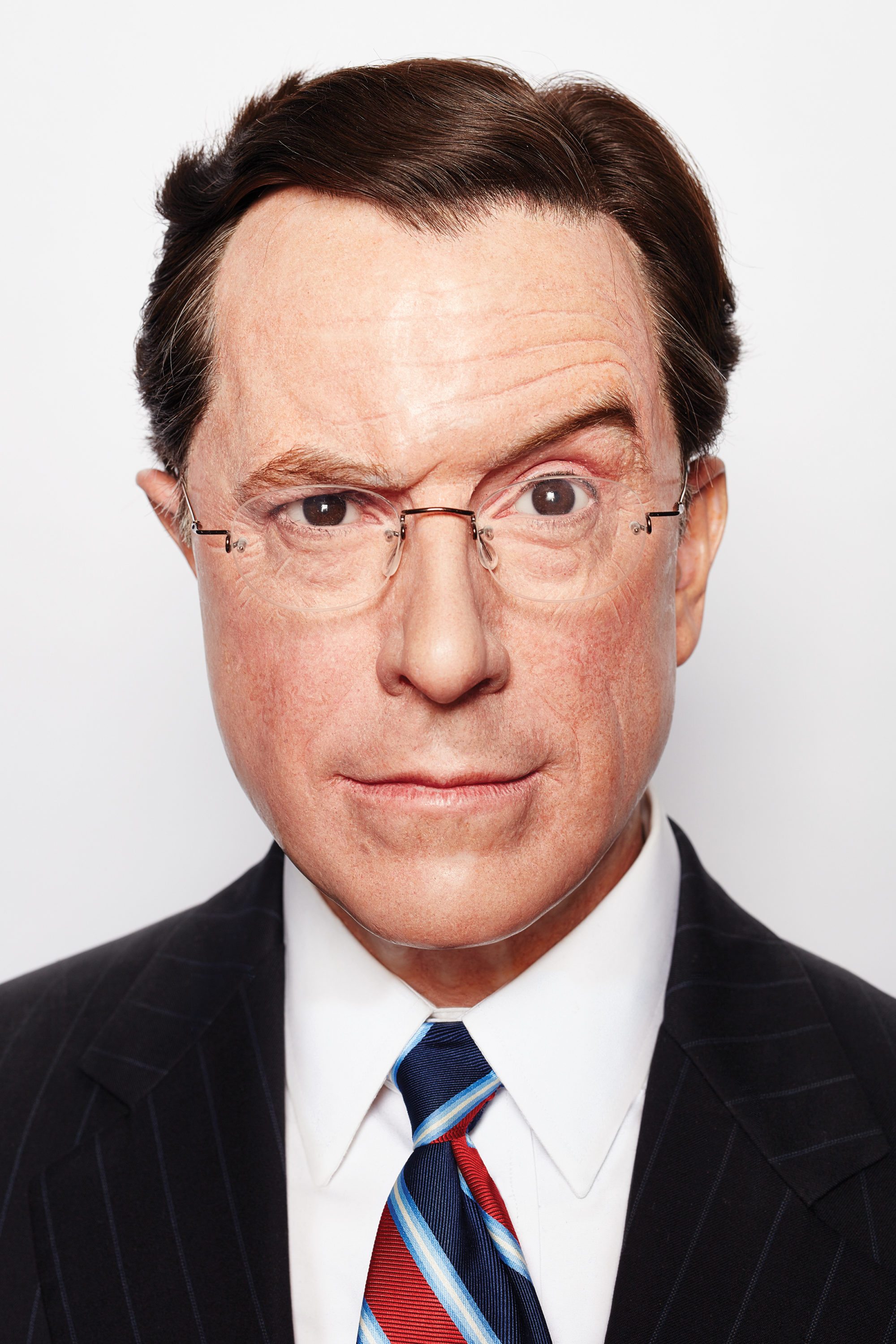 This Is Not Stephen Colbert

“Colbert is one of the most lifelike portraits, especially with that iconic raised eyebrow,” says Lusztyk. “He did run for president as a joke that one time [as the faux-conservative host of The Colbert Report]. A lot of people would say even Trump ran jokingly, and here we are today.” 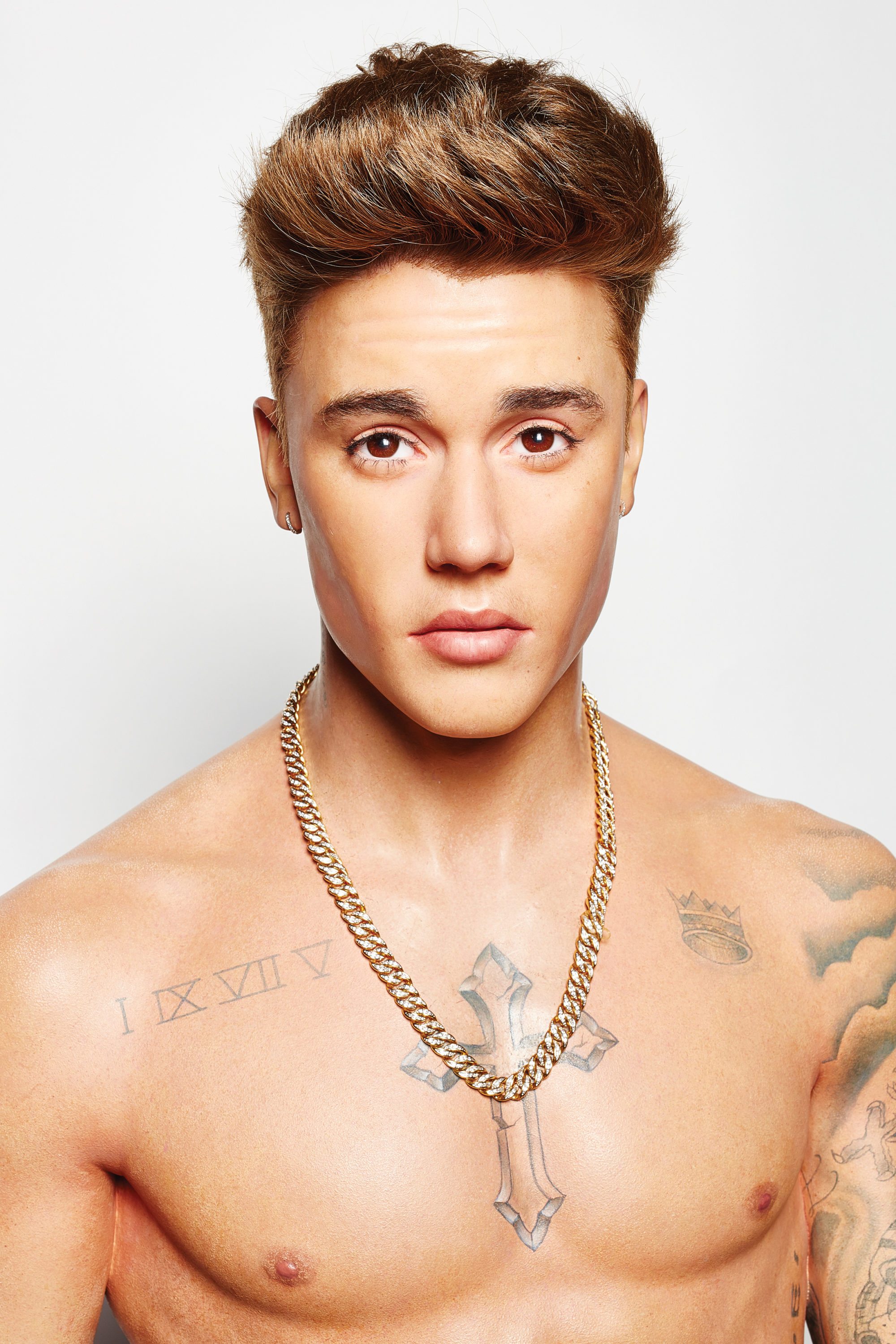 This Is Not Justin Bieber

The Bieber portrait elicited a lot of hate during Lusztyk’s outdoor installation in Toronto last year—it got vandalized twice. “I love that one a lot because he almost looks like a Ken doll,” he says. 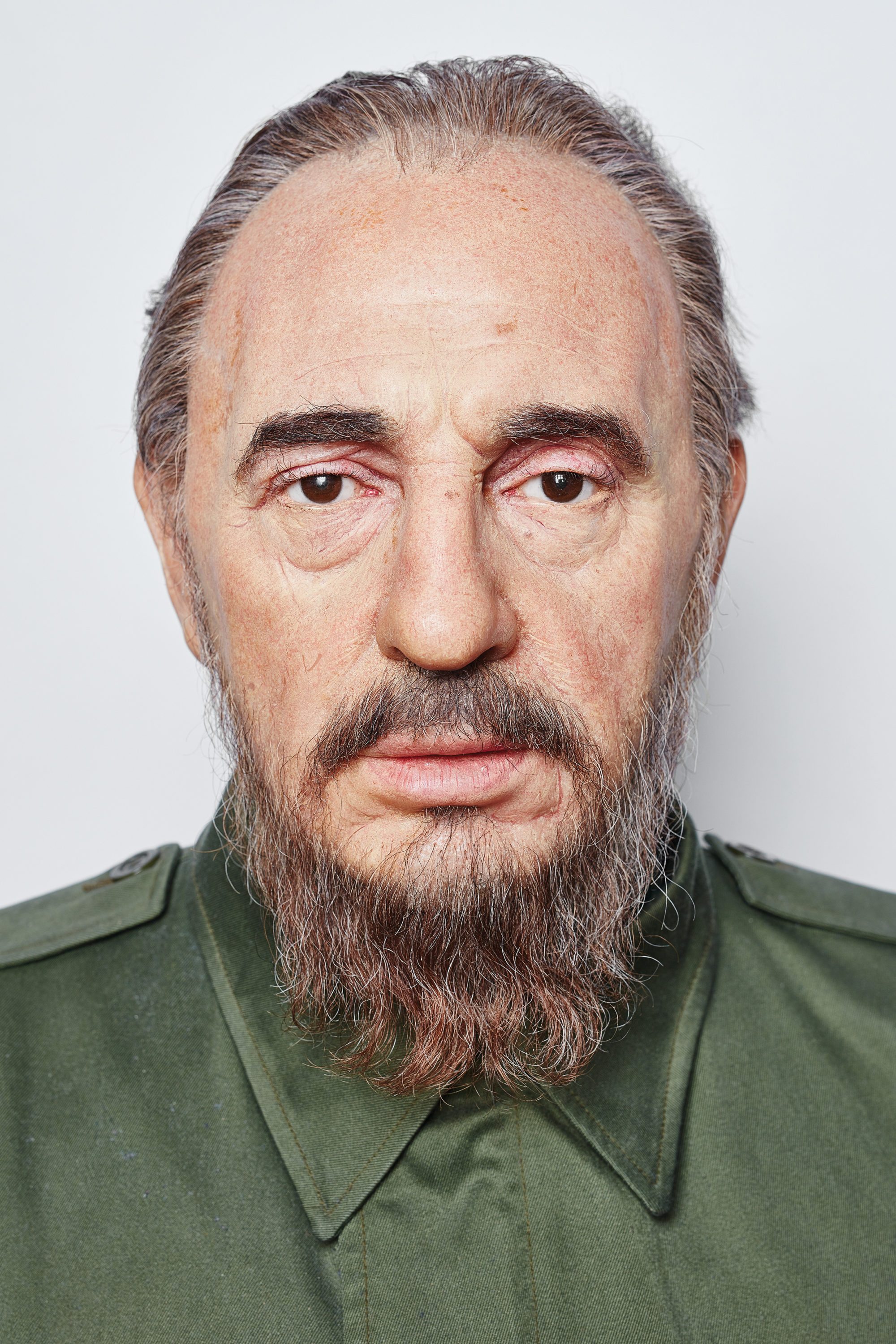 This Is Not Fidel Castro

For his Contact show, Lusztyk placed Castro right next to Bieber in the gallery space. “You couldn’t have more polar opposites—a bare-chested tattooed poster boy for capitalist success and, right next to him, Grandpa Fidel in his comrade uniform.” 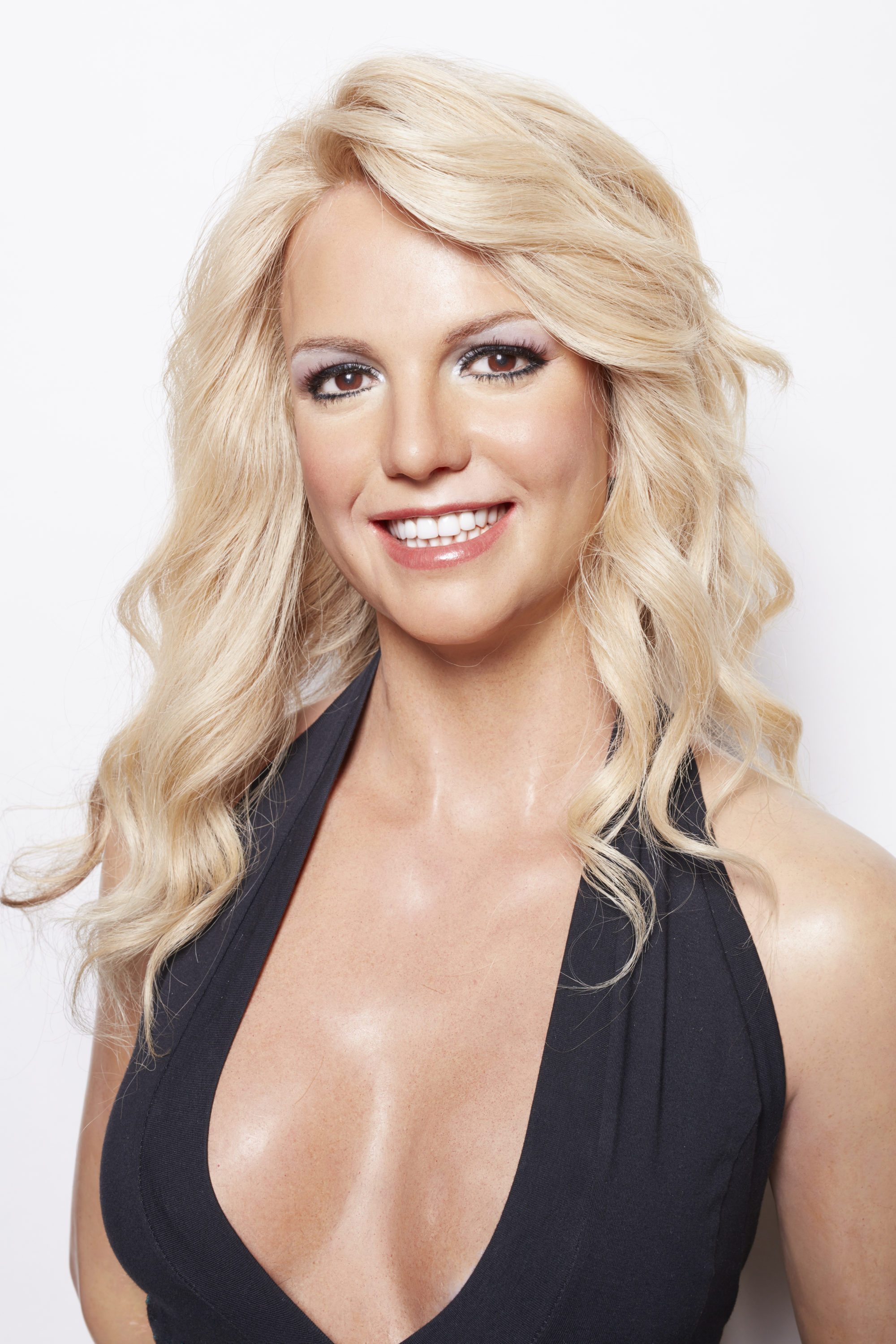 This Is Not Britney Spears

Madame Tussauds’ wax figures depict the celebrities frozen in time in their most iconic pose or at the peak of their fame. “A lot of people have really fond memories of when Britney was the number-one star,” says Lusztyk. “Remembering her then takes us back to that time in our lives.” 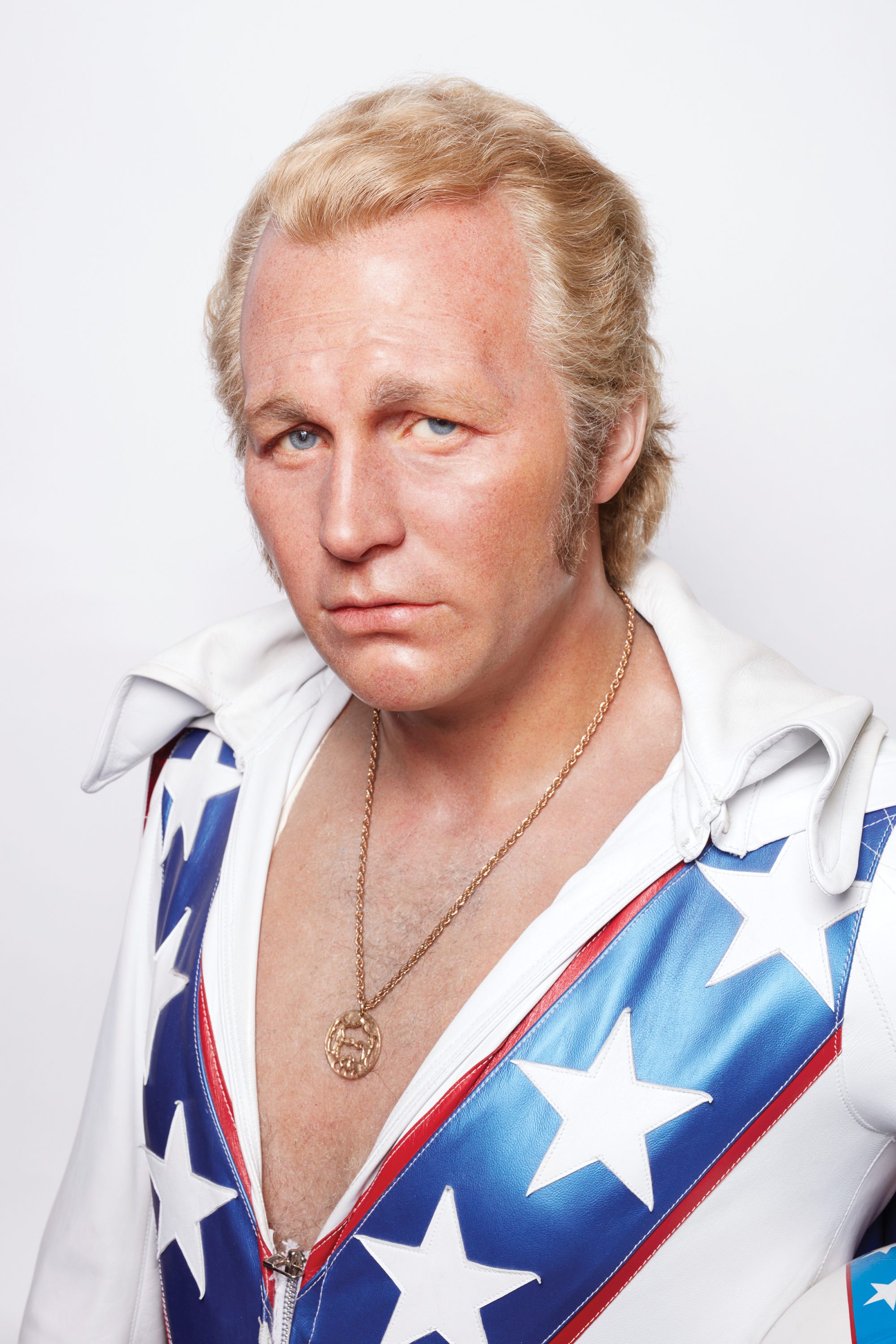 This Is Not Evel Knievel

“I have this thing about not hanging up my own work in my house, but if I had to put one up, it would have to be this one,” says Lusztyk. A print of the legendary stuntman’s wax likeness in his patriotic costume hangs in the home of Klaus Nienkamper, Jr., owner of the Klaus by Nienkamper furniture store on King East. 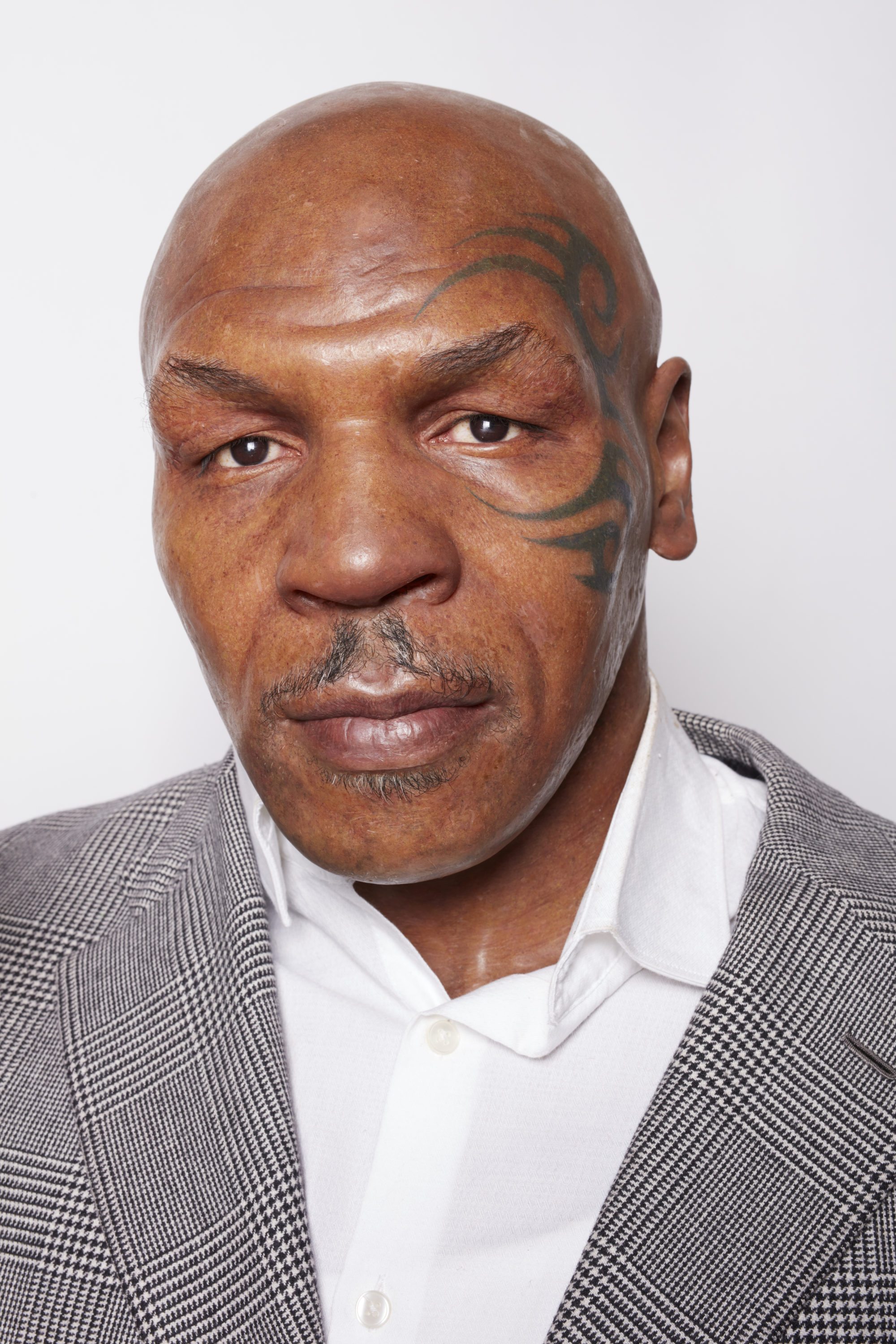 This Is Not Mike Tyson

The appearance of this picture on Lusztyk’s Instagram sparked some heated debate. “People either love him or hate him,” he says. “It’s only a wax depiction of Tyson, but the conversation became divided between him as the greatest boxer of all time, and him as the convicted rapist.”

The Uncanny Valley Portraits are on display at the Only One Gallery until May 31.