She says films are better with a crowd 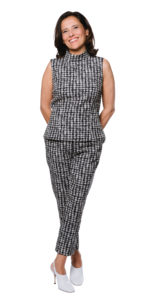 You were appointed the new co-head of TIFF last November, but you’ve been coming to the festival for ages as a producer with your husband, Jason Kliot.
Yes, we’ve premiered 12 films here, starting with Welcome to the Dollhouse and most recently Capernaum, which was nominated for an Oscar for best ­foreign language film.

In addition to producing, you were also running the Independent Filmmaker Project and the Made in NY Media Center. In other words, you’ve been busy! What appealed to you about the TIFF job?
I’ve always loved this festival. There’s something special here—amazing audiences who are really knowledgeable. I also love that it’s year-round—all the work is not just about putting on a single festival but building audiences, educating people about filmmaking, developing artists. It brings together a lot of the things I care about.

You’re the first woman to head up TIFF in its current incarnation. Do you bring anything different to the festival as a woman?
Definitely. We have a more diverse programming team now—half the team are women. I think that will affect how we choose films. As a producer, it wasn’t my agenda to make our crews all-female, it was just normal to me that when we were interviewing directors of photography, we would interview female directors of photography. I think women tend to come in with fewer preconceived notions.

How will you and Cameron Bailey, your co-head, divide up your duties?
Cameron is the artistic director, so he oversees all the programming and ­creative direction. I’m more on the business side. But we really work together to make sure both sides are aligned.

In this age of streaming—where there’s just an overwhelming amount of stuff to watch on every imaginable platform—how do you get people into theatres?
I think there’s something incredibly powerful about being immersed in the experience of watching with other people. You get so much more out of it than when you watch passively at home while you’re probably doing other things. Also, we can all go to Netflix and see what’s prescribed for us, but it’s just other versions of things we’ve seen already. At some point, you need to be stretched and challenged.

And you do that how?
TIFF shows very specific kinds of films and always tries to enhance the experience and create a conversation around those films. As we speak, there are people lining up outside for rush tickets for tonight’s 30th-anniversary screening of Spike Lee’s Do the Right Thing. Cameron’s going to interview Spike. The film’s not screening for another four hours.

Movies weren’t your first profession. You worked as a press attaché in Portugal and as a radio producer at the UN. Why the career change?
I lived in Portugal just after the revolution—it was a complicated period with a lot of instability, families breaking apart. Movies were my escape. Then, when I was in university, I worked as an assistant to Paulo Branco, who produced films by Wim Wenders and Raúl Ruiz. That’s when I got the filmmaking bug. My passions were politics and film, and eventually I came back to film.

Do you remember the first movies that deeply affected you?
My father loved Italian cinema—Antonioni, Visconti, Fellini, Pasolini. So I grew up with that. Then I saw The Deer Hunter when I was a teenager and that totally blew my mind.

After living in Macau, Mozambique, Madeira and Lisbon, then spending almost 30 years in New York, how are you adjusting to Toronto?
I think it’s an exciting time to be here. There’s a lot going on, there’s a lot of energy. And it’s nice to have a change of pace. I’m not afraid of change.

I saw a list of your favourite movies recently, and it included films like Rear Window, La Dolce Vita, The Piano, and… Love Actually. Really, Love Actually?
It’s a guilty pleasure. I have to see it every year during the holiday season.

I’m sure you’ve met tons of celebrities over the years, so you’re probably not easily star-struck, but is there anyone coming to the film festival this year you’re nervous about meeting?
J-Lo—I’ve never met her. It’s always nice to see Meryl Streep—she’s a giant. Oh, Joaquin Phoenix! I’m very excited about Joaquin Phoenix. I’ve met him in the past, but he gives such an incredible performance in Joker. It’s unbelievable.