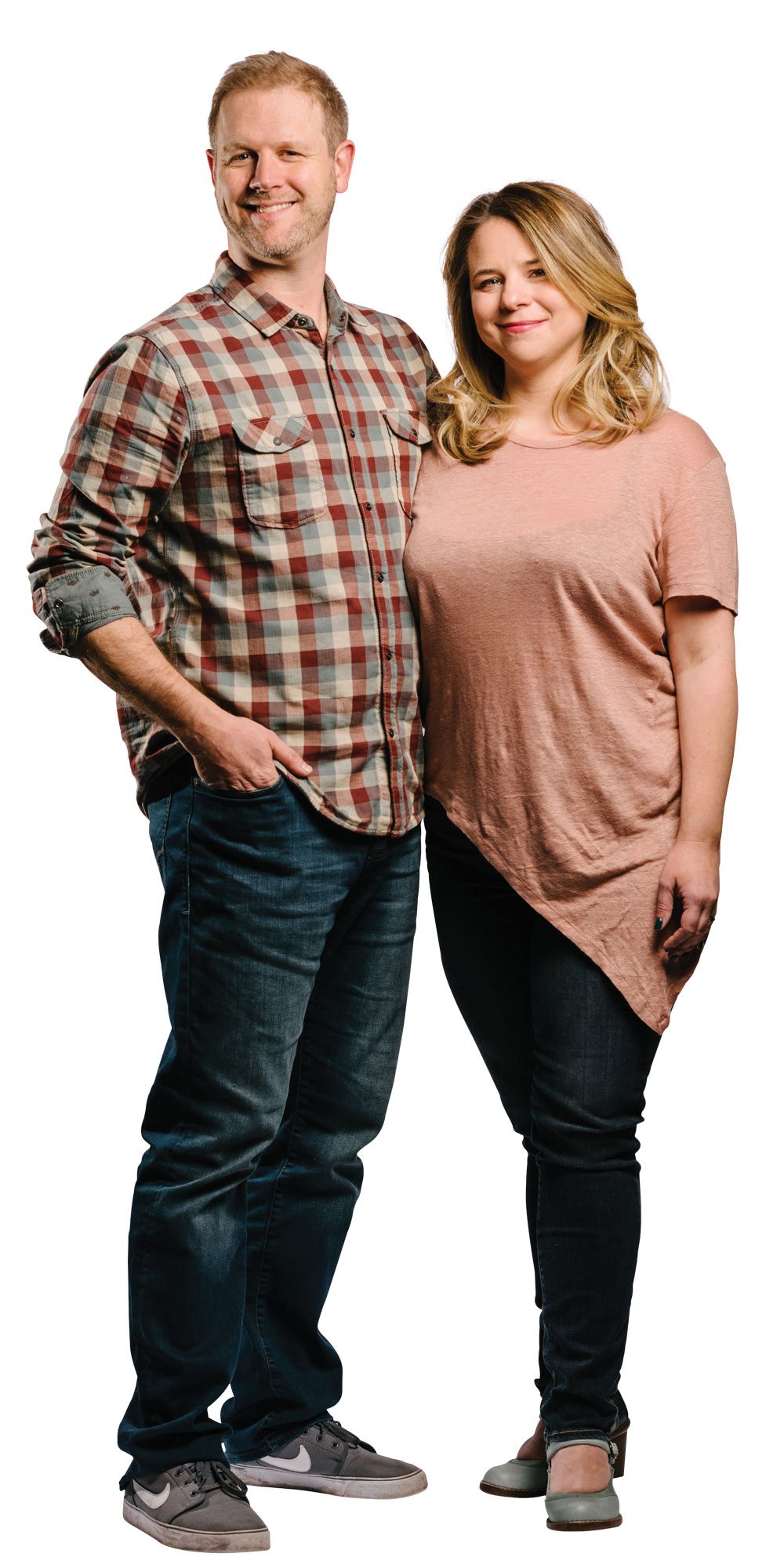 Last year around this time, your show was premiering on Broadway, where it went on to score seven Tony nominations and, more recently, a Grammy nod. Now, it’s making a triumphant return to Toronto. Does it feel different to be opening a show back home having conquered the Great White Way?
David: Definitely. We can finally celebrate—the show, the fact that the world has embraced the story and the fact that we now have a second company.

With an all-Canadian cast, no less. Was that intentional?
Irene: Absolutely. There’s so much talent in Canada. I would add that having Broadway behind us was a relief for about three and a half seconds. We ­figured we would have some downtime after the Broadway opening—
David: —and then three days later the prime minister came to see it.
Irene: Then it was the Tonys. It just doesn’t stop. You expect to reach a point where “It’s a hit!” and you can relax, but that hasn’t been our experience.

Writing a musical about one of the most brutal terrorist attacks in human history must have been daunting. What made you feel up to it?
David: We call it a “9/12 show” because it’s not about 9/11; it’s about what followed and how we all have it within us to respond with kindness. It all started in 2011, when Irene and I found out that all of the travellers whose flights had been grounded in Gander on 9/11 were returning 10 years later. So we got a grant and flew there. We planned to stay for a month, but locals kept saying, “Don’t be spendin’ money on a hotel—come stay with us!” So we stayed even longer.
Irene: I’d imagined it as a documentary-style play, with multiple ­storylines.
David: I had grown up listening to ­Newfoundland music, so I kept saying, “Just wait.” And then we went to this great kitchen party benefit concert. Irene said, “Okay, it’s a musical.”

The show’s message of welcoming foreigners feels almost sub­versive given the current political climate.
Irene: We had no idea in 2011 how relevant that theme would become. I remember thinking on election night in 2016, “Oh, this isn’t a period piece anymore.”

Star Trek has Trekkies and Rent has Rentheads. What do your mega-fans call themselves?
David: We’ve heard “Awayniacs,” but my favourite is “The Legion,” because there’s a scene in the show set in the Gander Legion hall.

As a married couple, how do you divide the creative process?
David: We share everything—book, music, lyrics. I tend to write things down first, and Irene makes them good.
Irene: He’ll say, “Look, I’m done!” and I’ll say, “Oh no you’re not!”

Ten years ago, you were struggling artists. Today, you’re the toast of Broadway. Any celebratory splurges?
Irene: We both come from modest backgrounds, and I honestly don’t know if our success is ever going to hit us. Just the other day I was walking past a paper supply store and I saw that they were hiring part-time help. I thought, good to know.
David: I don’t think we’ve figured out splurging yet.
Irene: Although I got my hair done at a place that served prosecco!

You spend a lot of time in New York now. What do you miss about Toronto?
Irene: The health care. I went to the doctor’s office the other day and they handed me a bill for $500.
David: I miss our friends and family. And some of our favourite haunts—especially Melanie’s Bistro on the Danforth, where we wrote a lot of our previous show, My Mother’s Lesbian Jewish Wiccan Wedding.

Come From Away will be getting the film treatment, led by stage director Christopher Ashley. Have you done any fantasy casting?
Irene: We figure it would be distracting to have recognizable faces.

Oh yeah? I think Ryan Reynolds and Ryan Gosling would be pretty great as the Kevins.
David: And they’re both Canadian, so it wouldn’t take them long to fly out to Newfoundland.

Topics: Come From Away Q&A 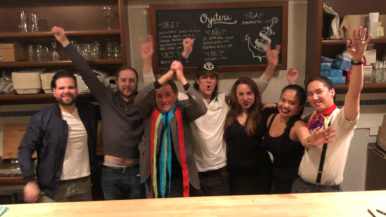