Cranking up anticipation for his forthcoming album Starboy, The Weeknd joined host Margot Robbie to bring some star power to the 41st season premiere of Saturday Night Live. It was Abel Tesfaye’s fourth appearance on the late-night comedy institution (twice as musical guest, twice as a surprise cameo)—and he’s only 26. Here are four highlights from The Weeknd’s time at 30 Rock this, uh, weekend.

Still not 100% sure that's @theweeknd… What do you think @margotrobbie? #SNLPremiere pic.twitter.com/q25NccgjSX

Besides his searing falsetto, The Weeknd is perhaps best know to casual fans for his hedge-sculpture hairdo. The premiere’s teaser poked fun at Tesfaye for reining in his pompadour.

Buzz about The Weeknd’s forthcoming LP, due out November 25, has centred around his collaboration with legendary French DJs Daft Punk on the scorching title track. Decked out in black with his backing band pushed to the shadows, Tesfaye performed the instantly addictive track underneath a giant, angled white cross, pumping the mic stand as the stage got bathed in dry ice.

As was the case the last time Tesfaye was featured on SNL, fake news anchors Colin Jost and Michael Che cut away from Weekend Update to provide “The Weeknd Update.” Dumb funny.

Tesfaye cranked up the energy after midnight to perform Starboy’s second single, “False Alarm,” a pulsing, hand-clappy dance-rock number. He danced and screamed, wielding the mic stand like a punk rocker during the tune’s energetic hook as multicoloured lights panicked and crashed. As the stage faded to black, The Weeknd blew a kiss to the crowd. 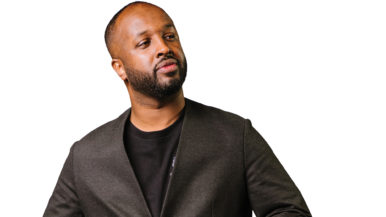 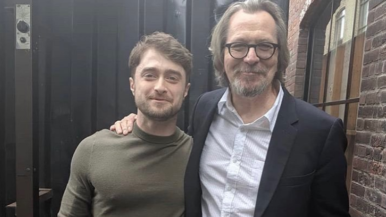 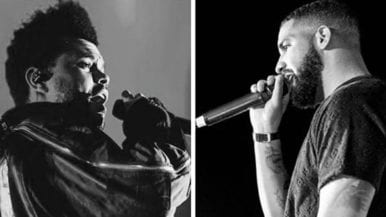