Husband-and-wife composers David Hein and Irene Sankoff proved they have a funny bone in their previous musical, My Mother’s Lesbian Jewish Wiccan Wedding. That sense of humour shows up again in Come From Away, a Toronto-bred Broadway show that features laugh-out-loud numbers, eye-misting ballads and foot-stomping Celtic folk rock—even the PM is a fan. Now that the original Broadway cast recording has been released, we break down some of the best songs in the show.

Welcome to the Rock

The show’s rousing opening number, led by Gander Mayor Claude Elliott (Joel Hatch), introduces us to the town’s resilient residents and what they were doing on that fateful day in September 2001—and to “the Rock,” Newfoundland itself.

The town frantically prepares for the arrival of some 7,000 strangers in this deft interplay of toe-tapping tension and comic relief (“For the love of God, stop bringing toilet paper to the Lions Club!”).

In the first half of this two-parter, the passengers stuck on the 38 grounded planes begin to panic—until they break into the mini-bottles of liquor, giving us the show’s first fiddle-propelled drinking song, “Wherever We Are.” The two numbers are framed by the anxious conversation of American Airlines captain Beverley Bass (Jenn Colella) as she talks on the phone to her husband, trying to find out what’s happened in the States.

This ominous number captures the trepidation of the passengers—still unaware of what has happened—as they’re shuttled from the airport to the town in the middle of the night. Somehow, there’s humour amid the gloom, particularly when they discover the biggest threat in Newfoundland is a moose in the road.

Actor Q. Smith is both agonized and plaintive as Hannah, a woman desperately trying to learn the fate of her New York firefighter son, in this brief but arresting solo.

Drinking song no. 2. The Newfoundlanders put on a raucous dance party for the “plane people,” complete with traditional screech-swigging and cod-kissing—an occasion for Sankoff and Hein to indulge in some classic Newfoundland folk à la Great Big Sea.

Me and the Sky

It’s perhaps the show’s most moving and memorable number, superbly performed by Jenn Colella as Beverley. She shares her love of flying and the trajectory that led her to become American Airlines’ first female captain. The song’s ironic final twist will leave a lump in your throat.

Somewhere in the Middle of Nowhere/Something’s Missing

The exhilarating farewell song “Somewhere in the Middle of Nowhere”—sung as the plane people finally take to the skies again after five days in Gander—would be the finale in another musical. But this is a show about 9/11, and the number that follows (“Something’s Missing”) is a sober rumination on how things changed after that day. There is, however, an upbeat ending, as we’re treated to the reunion between the Newfoundlanders and their guests 10 years later in a resonant encore of “Welcome to the Rock.”

More Come From Away 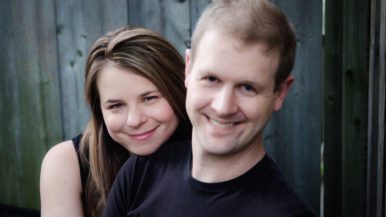