When John Belknap, co-owner of John and Sons Oyster House in the financial district, decided to move to Collingwood with his family, he figured he’d start a restaurant in the area. Instead, he bought a 13-unit roadside motel. Here’s how John renovated Penny’s Motel during a pandemic.

–As told to Andrea Yu

“I’ve always spent a lot of time up in Collingwood on family vacations—I even worked as a ski instructor at Blue Mountain when I was 16, and my wife, Lauren, has a family farm in the area. We were married there in 2009, and had three kids over the next five years. During that period, we’d drive up to Collingwood often to stay at the farm. We loved being close to the ski hills and the lake. It was wonderful to get out of the city.

“By 2018, Lauren and I were living in a three-bedroom house at Yonge and Eglinton, but with three kids, it was starting to feel cramped. It was a seller’s market, and our neighbourhood was a construction zone, so we decided to move to Collingwood full time. I knew I could trust my team at John and Sons to keep the business running, and I’d be close enough to drive back into the city frequently. And I figured I could start a new restaurant in Collingwood. Lots of chefs were opening up spots in the area, like Mark McEwan’s Fabbrica and, later, Union and Côte de Boeuf in Kimberly, and Aki Sushi in Thornbury.

“Meanwhile, I was seeing a renaissance of renovated motels like the Lakeside Motel and the Drake Motor Inn in PEC. That’s when the idea clicked into place: I could open one in Collingwood. I figured the kinds of people who would eat with us would probably stay with us too. I was picturing something with a 1970s exterior and a luxurious, boutiquey interior. There wasn’t anything like that in Collingwood.

“In July 2018, we started looking at homes in the area. At the same time, I had a commercial realtor in the area keeping an eye on restaurant and motel properties. I toured a few spots, but there wasn’t any place that checked all the boxes. I’d been eyeing Penny’s Motel in Thornbury—a ramshackle roadside inn built in 1974—but it was never up for sale.

“We sold our Toronto home and found a family home in Collingwood in January 2020. It was a four-bedroom new build with an open-concept ground floor and a large backyard. Soon after, I emailed the owner of Penny’s to ask if he was interested in selling. The property was in rough shape. It had outdated decor and no landscaping. The walls were crawling with mice. But it had good bones and it was perfect for what I wanted to do: there were only 13 units, which would give it a boutique vibe, and it was only a few minutes’ walk or bike ride to town or the water. I could envision the guests sitting around a fire while chefs worked in an outdoor kitchen. The owner got back to me that same day. ‘Make me an offer,’ he said.

“It turns out he’d been planning to list the property on MLS, so I came in at the right time. By February, we had settled on a price of $1.17 million, conditional on financing and property inspections. I had 60 days to pull it all together. 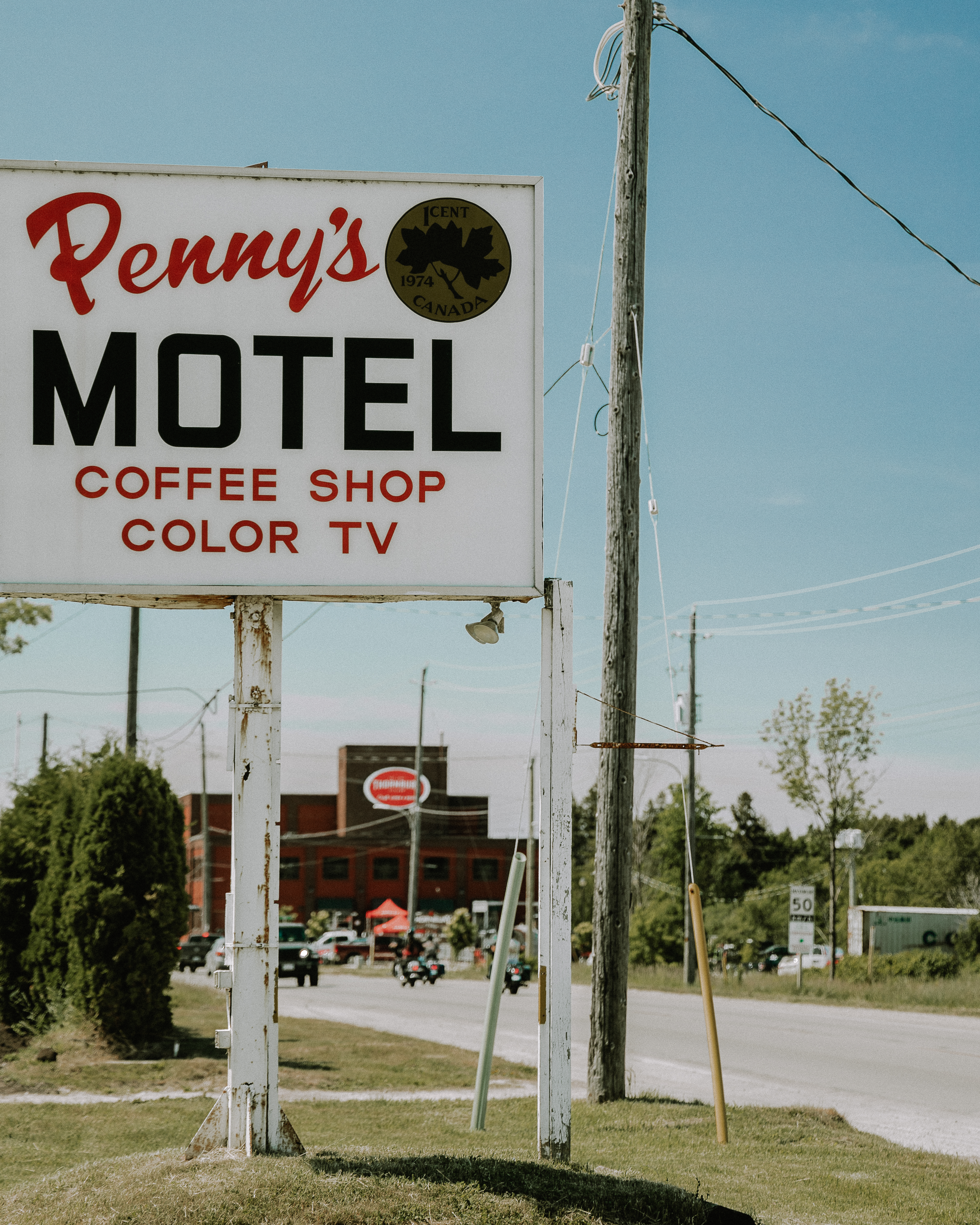 “And then, of course, the pandemic struck. John and Sons had to temporarily slow down, but I still had some money from the sale of our home in Toronto to stay afloat. I also picked up some work with a friend’s landscaping business in Collingwood. I was chopping wood, cutting grass, shovelling snow. The bigger issue was that banks weren’t going to lend me any money for a hospitality business during the pandemic. Thankfully, the seller was understanding. We extended our conditional period by a month, then another, then another. As the pandemic continued into the summer, he was getting more business from people coming up from Toronto for the weekend, so he didn’t mind holding on to the property for another season. Meanwhile, we had to watch every penny that was coming in and out.

“There were a lot of sleepless nights. I was asking people to invest when we didn’t have vaccines or a clear ending to the pandemic. People refused flat out, or they’d be interested at first but would pull out after they thought more about it. But then the yeses started rolling in. Most of our eventual investors knew the area and could see it becoming a four-season destination. By July 2020, I’d secured enough financing from 13 private lenders to get the project off of the ground. The architect, Drew Sinclair of SvN Architects, and the designer, Kristen Gregory of KMG Designs, came on board as investors as well; they were originally customers I’d met at John and Sons. In November, we closed the deal with the sellers and the property was ours the following month. We started renovations right away. 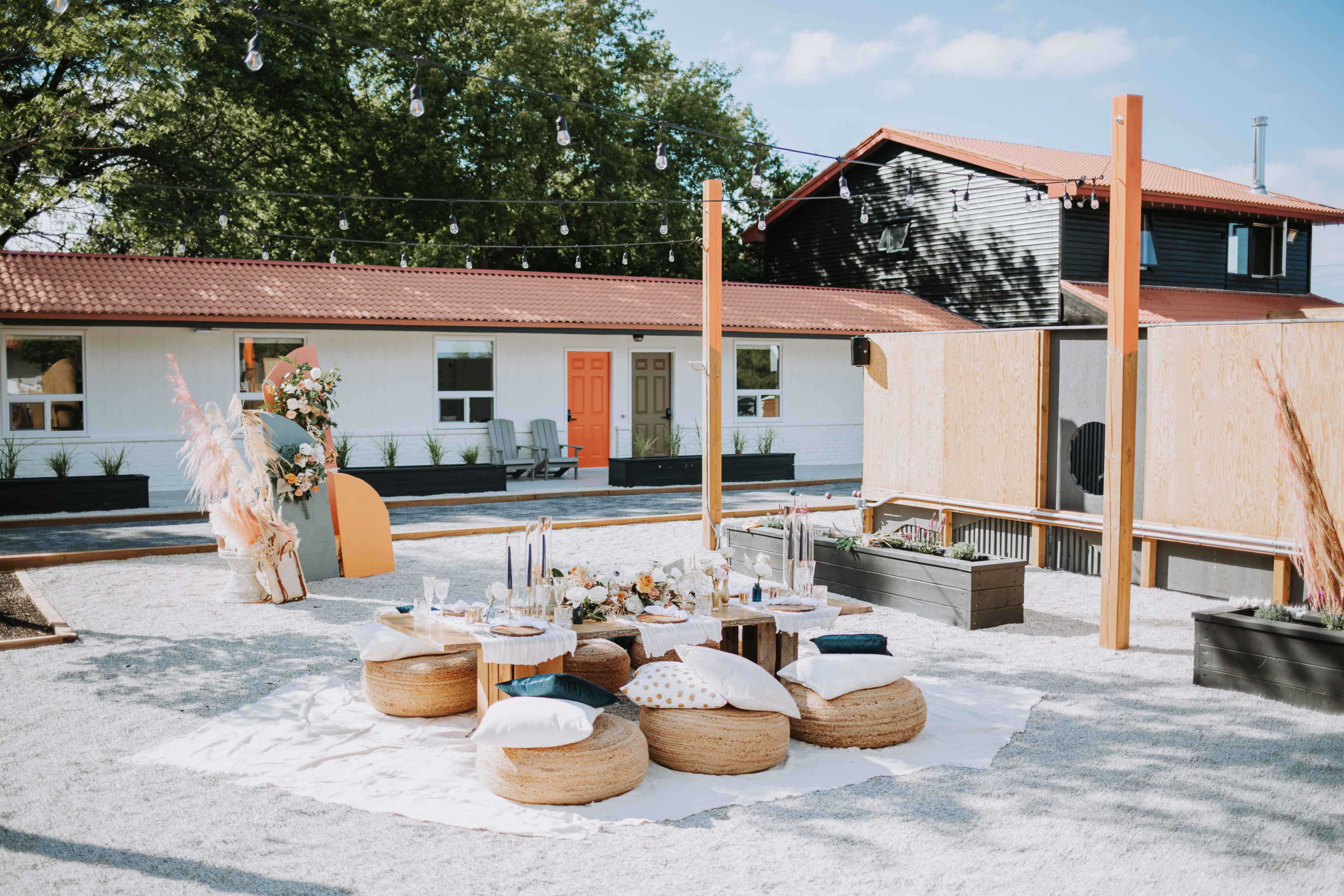 “The vision was to make Penny’s a destination, not a pit stop. Drew and I decided we’d keep the main architecture and ’70s vibe outside, but completely gut the interior so it was modern and luxurious. There’d be crisp white linen sheets and wallpaper feature walls and retro touches, like record players and vintage-inspired alarm clocks.

“Outside, there would be a courtyard with a bocce ball court, corn hole and a firepit with seating. We also planned to convert the two-storey attached home into a small check-in area with an oyster bar. In that same area, there’d be an outdoor kitchen with a 50-seat patio. I wanted to keep the motel sign and name since it was so iconic. 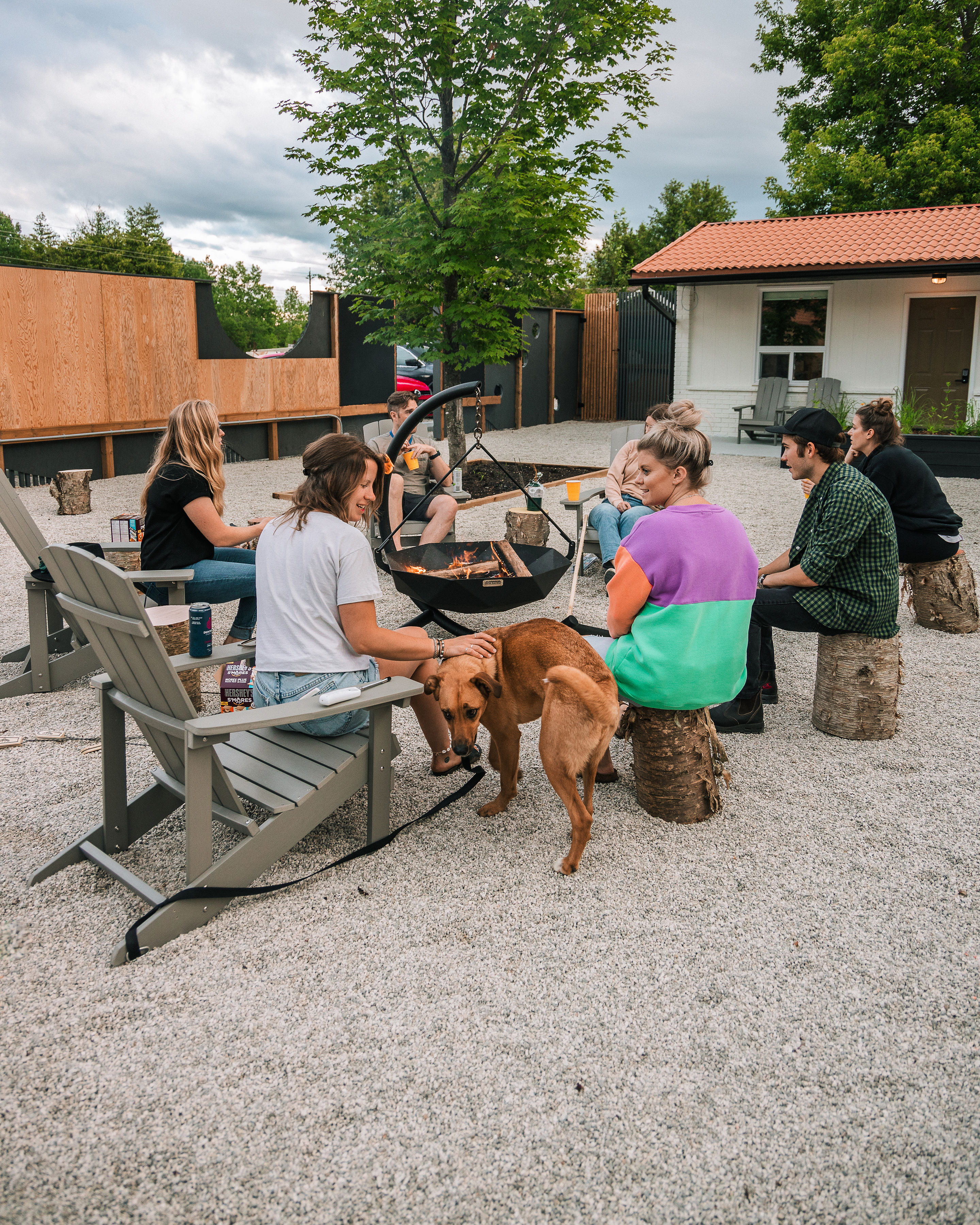 “Renovations went pretty smoothly. We’re lucky our contractor bought all the wood we needed for the patio before lumber prices went way up. It was difficult to find tradespeople to work on the renovation because everyone has been building properties up here during the pandemic, but our investors managed to pull some strings. I’ve been connecting with tourism companies in the area, so we can organize helicopter tours, fly-fishing and cidery visits for our guests. And, of course, there’s skiing, snowshoeing and beautiful hikes in the winter.

“It’s always a bit nerve-racking before you open a property because you want your guests to have an amazing experience. A few weeks before our launch date, I stood in front of the building thinking, How is this ever going to open? But it’s always amazing how everything comes together in time. The reception so far has been overwhelming, and the summer nights are filling up quickly. I think there is a pent-up demand for people to explore. 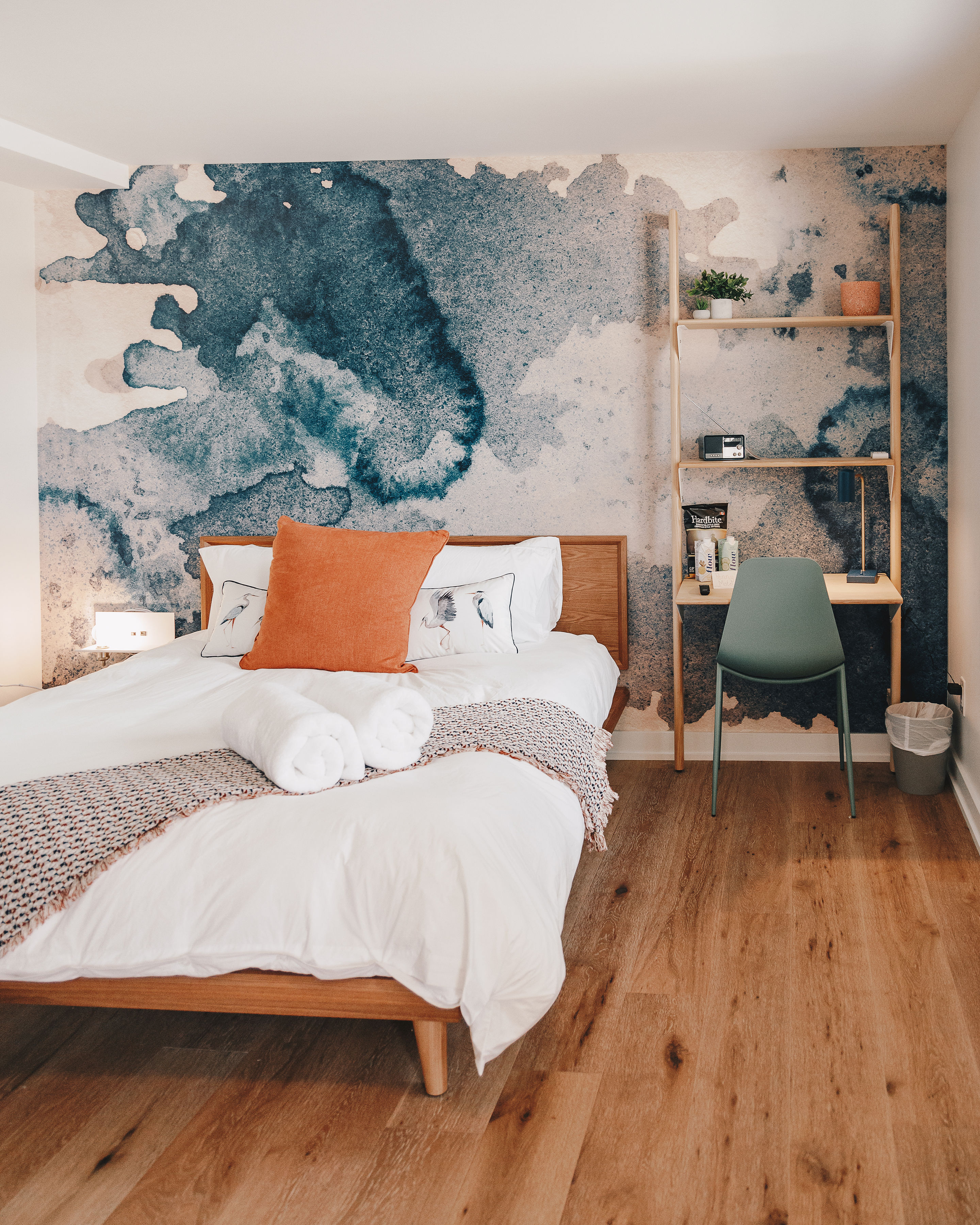 “Opening day was Thursday, July 1. Our guests started arriving at 2 p.m. We had about 16 people staying with us—mostly younger couples from Toronto, but a few locals as well. It was a busy few hours getting people checked in and settled. At around 7 p.m. I noticed that most of the guests were hanging out in the courtyard, and some were taking bikes out for a ride. I got a bit emotional at that moment. My eyes welled up: I was seeing this vision come to life, something I had dreamed up years ago. By about 9:30 p.m., I sat down around the firepit and got to chatting with about 10 of our guests. We were having drinks and they shared some of their feedback with me. One of them said Penny’s reminded them of a place they stayed at in California, and another in Costa Rica. That was good to hear.

“By Sunday, our first guests had all checked out. Two couples who came up together from Toronto told me they were sad to leave. I loved hearing that—it’s how you want to feel when you’re on a vacation. I felt like I’d done my job. That was a real highlight of the weekend. 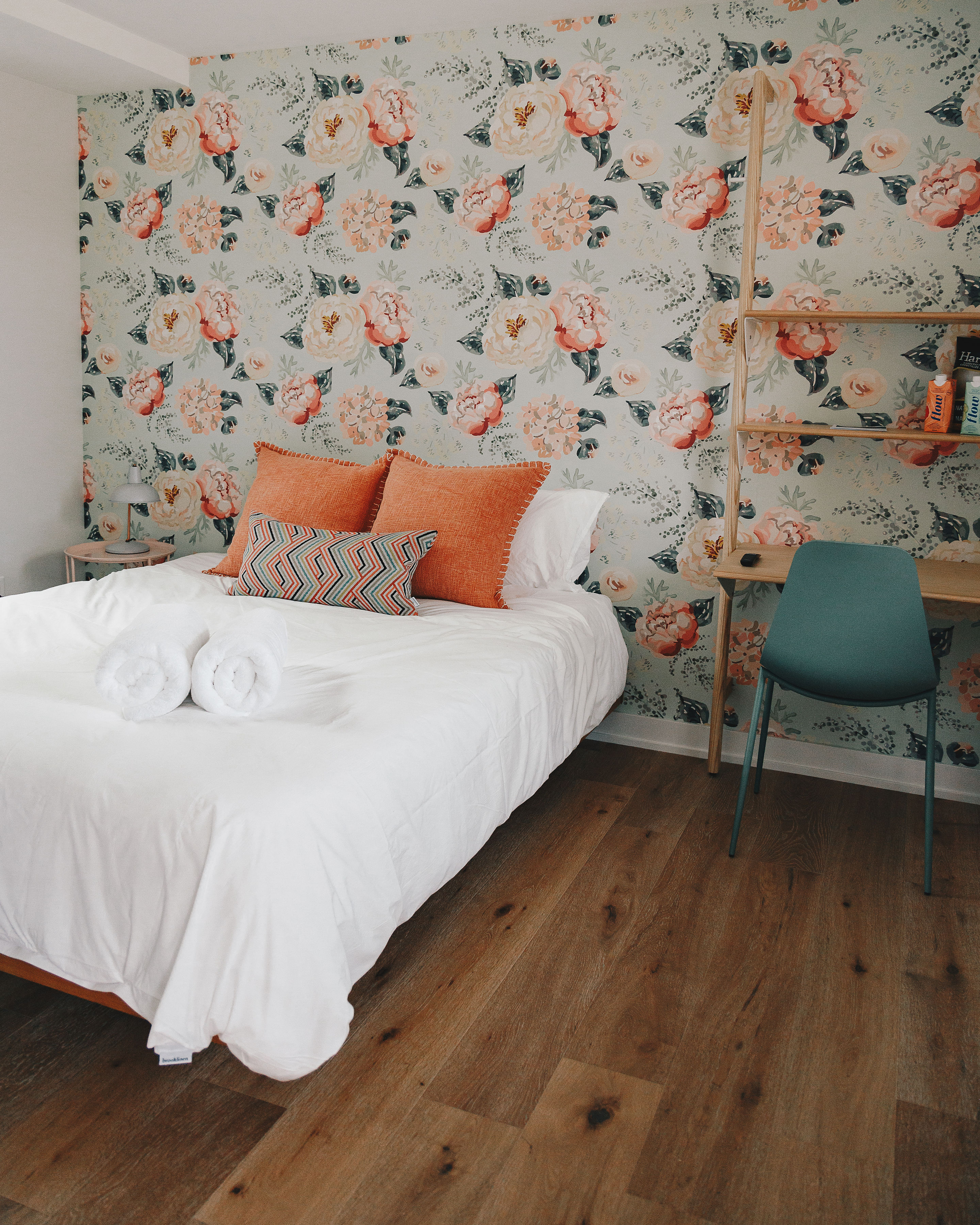 “During the pandemic, I was stuck. Now it feels amazing to be driving into work again, to have a sense of purpose. I’m so thrilled to be working with staff again, too. There are about 12 of us here, and a lot of them are servers who have been out of work. It’s a good vibe. Everyone is excited.

“Some people might think that I’m crazy for buying a two-star motel on the side of the road during a pandemic. But I also started John and Sons in 2008, when the financial market blew up. The best time to start things is during the worst times.” 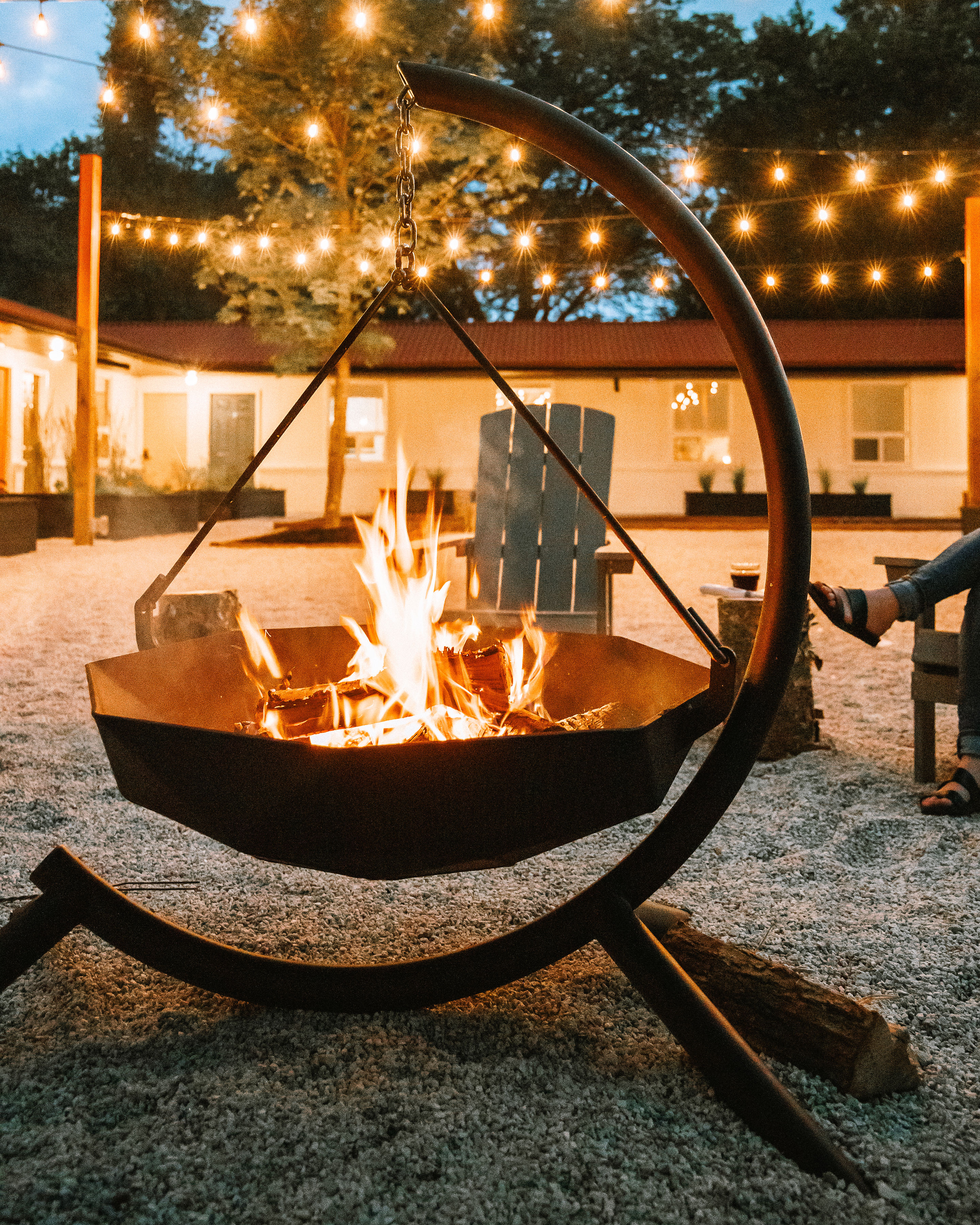