Jennifer Keesmaat’s last-minute entry into Toronto’s mayoral race upended what was expected to be an easy election for the city’s current mayor, John Tory. For voters who are flummoxed by all of this, we present the ultimate tie-breaker: a questionnaire that has very little to do with politics. If you can’t decide which way to vote based on policy, let personality be your guide. 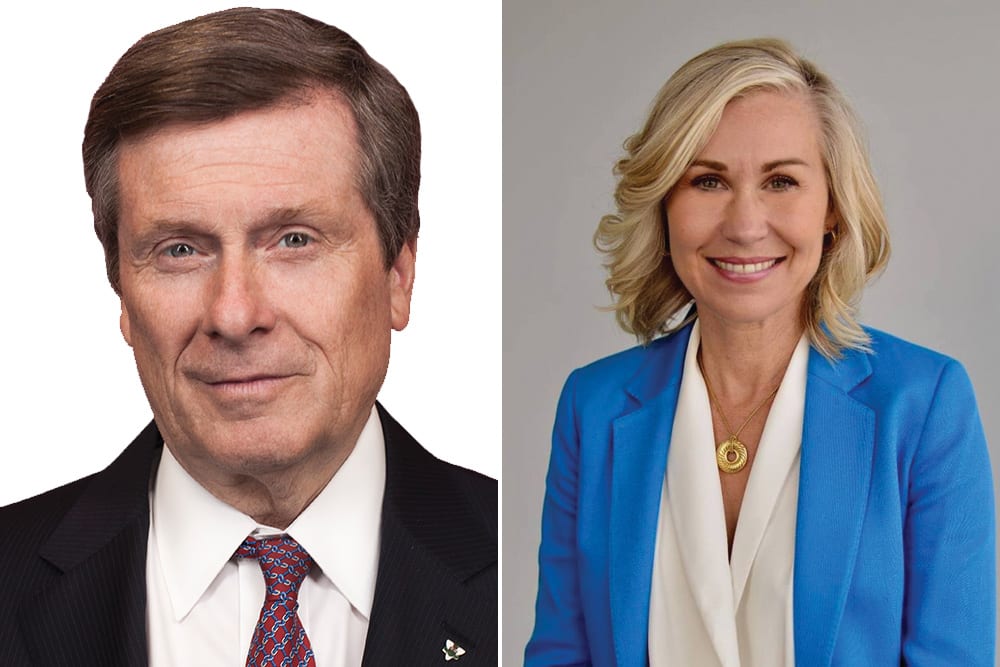 Tory: A desire to help others, whether it’s mentoring a younger person or helping a community cause.

Tory: Impatience. I may have caught that bug from my beloved boss and mentor, the late Ted Rogers.

Tory: Coffee, a banana or a plain croissant.

Tory: There are a lot of places I like in Toronto. It’s hard to pick just one. If there is one Barb and I sneak away to a bit more often if we get a date night (see below), it is Le Paradis on Bedford Road.

Keesmaat: My dining room (but I’m not there much).

Keesmaat: I’m about halfway through five different books, but haven’t had a whole lot of spare time lately. The last book I finished was Educated, by Tara Westover.

Tory: There’s not much time for that now. A bit of skiing and golf and spending time with my kids and grandchildren.

Tory: How much of a pragmatist I am. I just want to get things done, and I believe it is possible to be both progressive and conservative.

Keesmaat: That I’m really an introvert.

Tory: Car and TTC. The former simply reflects the fact that I love to be in multiple places in the city every day. I use the TTC a lot and walk more now that we live downtown.

Keesmaat: TTC and my bike.

What would you be doing if you weren’t in politics?

Tory: Community work, charity boards, some corporate boards and maybe back to some broadcasting.

Keesmaat: If I weren’t running for mayor, I would still be in my previous role, working on a new model for delivery of affordable housing in Canada as CEO of Creative Housing.

Tory: Someone who I am determined to work with to move Toronto forward, standing up for Toronto, but also finding common ground wherever possible.

Keesmaat: Not the mayor of Toronto.

Tory: How slowly many things happen, not just in government.

Keesmaat: When we know exactly what we need to do as a city and we don’t do it.

Tory: Young children—their joy, their lack of cynicism, their curiosity.

Tory: Demagogue populists—a small number of politicians in different places who are in business for themselves.

Keesmaat: Campaign strategists who draw up policies on the back of napkins.

Tory: Still my wife, Barb, after 40-plus years. She’s funny, smart and keeps my feet firmly on the ground. The demands of my job mean we can’t have a “normal” day-to-day relationship, which is no different than anyone else in public life who takes their job seriously. We do have to schedule “dates.” That said, she knows I have a continuing crush on Julia Roberts.

Tory: Captain Miller from Saving Private Ryan. He knew what his job was and he got it done.

Keesmaat: His upcoming movie, in which he plays Mr. Rogers, because I love neighbourhoods.