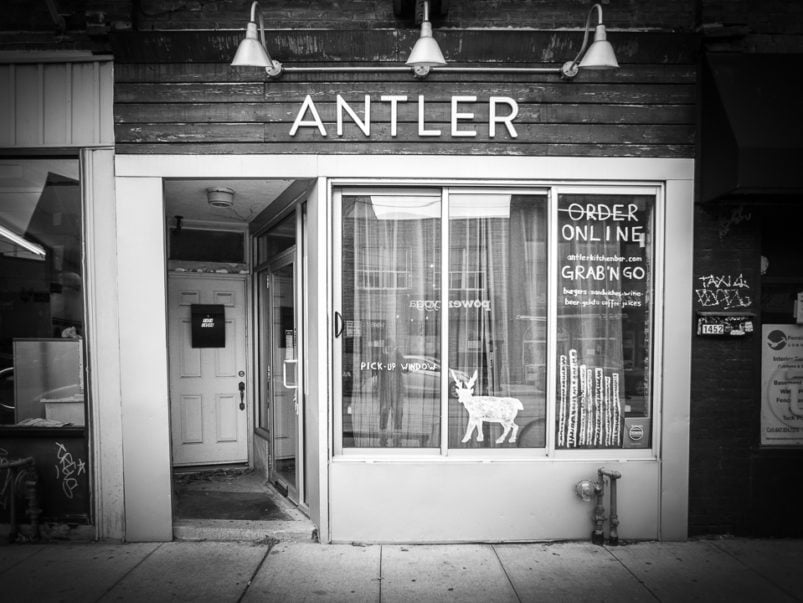 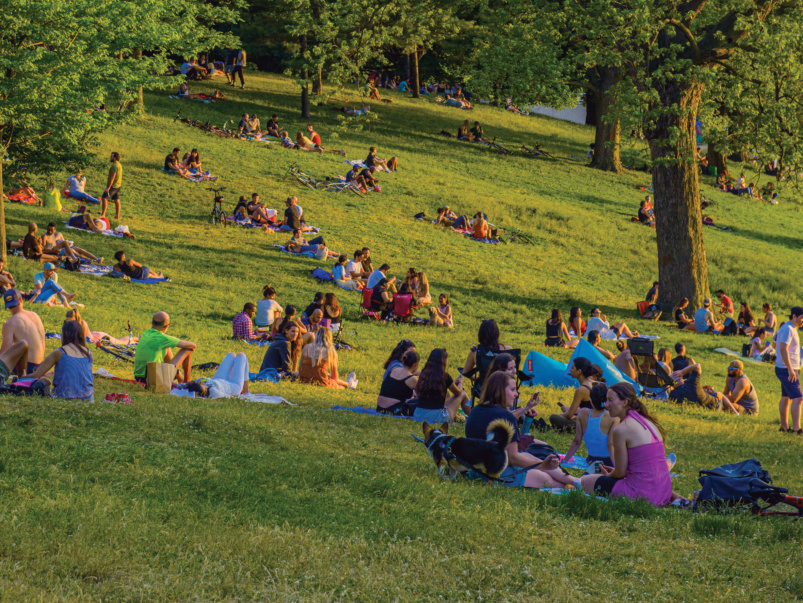 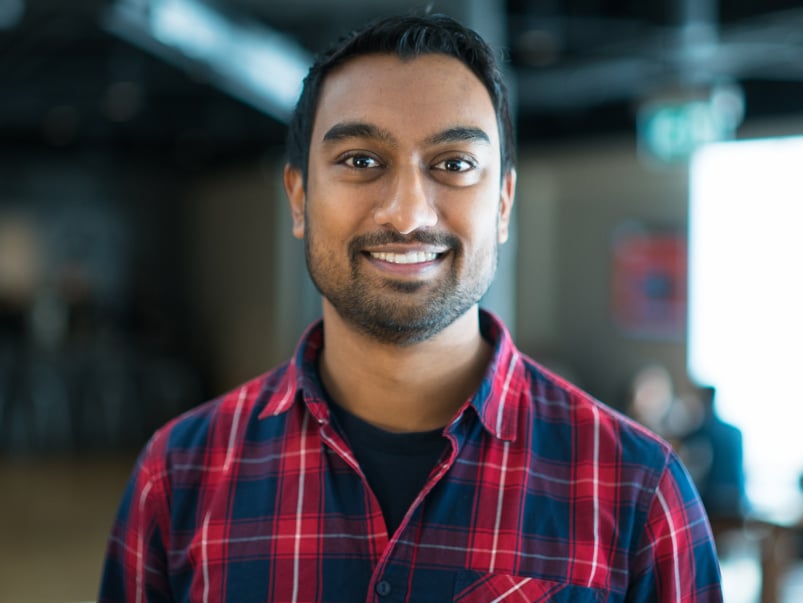 The last year has been hell for restaurants, but for Oyster Boy founder Adam Colquhoun, desperate times call for generous measures. Last week, Toronto’s preeminent mollusc evangelist gave six of his staffers a five per cent share in Oyster Boy—a reward for their hard work, but also a pretty great way to future-proof his business: “A lot of people have left the industry over the last year, and when we’re all opened up again, great people are going to be hard to find,” says Colquhoun. Here he talks to Toronto Life about how his new partners convinced him to get on delivery apps, why oysters may be the cure to the current sex drought, and his plans for post-pandemic expansion.

You became the best boss in Toronto when you offered a five per cent share of your company to six of your staffers, no strings attached. How did you make that decision? It’s certainly not the norm.

Well I’ve never been normal, but what’s normal anyway? We’re all on one planet with seven billion other people. If you can get some of those worlds to coordinate with your own, that’s pretty cool, and I feel like I have six of them in these amazing people that I’m now lucky to call my partners. For a long time I’ve had the goal of giving Oyster Boy over to quality staff who want to keep it going when I’m gone. I’m in my 50s, so the idea was to get that process started. During the pandemic, it’s been incredible to see these people step up and ensure that our business survives. They have dealt with so much in the past year—we’ve had people throw their masks at us, spit in our window or freak out because we’re asking them to maintain distance in our takeout line. To a certain extent, I understand why people are acting out, but I’m not okay with my staff, who are working so hard, to be on the receiving end of the abuse. When I made them the offer, the first thing I said was “I’m not giving you anything you haven’t already earned.”

Okay, but giving up 30 per cent of your business at a time when restaurants are suffering? Did you consult a financial advisor?

My financial advisors all live in my head, but I did sit down and figure out how it would work. Based on previous valuations, I put the value of the business at $500,000. It’s probably worth less than that right now, but it will be worth more in the future. I just wanted a way to price the shares. The agreement is that these six employees get five per cent each, worth about $25,000. They can keep the shares even if they decide to leave, and in two years, Oyster Boy will buy them back for $25,000. Two years because until then, the plan is to put our profits into the business. I have seen some people on social media saying that I’m saddling my new partners with a bunch of debt. That is absolutely not true. Oyster Boy has no debt other than the current government subsidies that we are taking advantage of. My feeling is that a year from now, when dining rooms are full again, earning the loyalty of six amazing people for $150K—that’s nothing. It’s the best investment I’ve made in my life.

What kind of reactions did you get from your new partners?

I guess at first there was a bit of incredulousness and suspicion—maybe they thought I was kidding or I was crazy or something. It didn’t come as a big surprise, though. It’s something I’ve brought up before, and we started talking about it seriously about a month ago. The timing just felt right. There wasn’t one big meeting, it was a bunch of individual conversations. And then I wrote the offer sheet, and we had a ceremonial signing.

We did a Challa ceremony in Trinity Bellwoods Park where we buried a bunch of booze and weed and tobacco and food. It’s a Bolivian Indigenous ritual that’s about paying tribute to Mother Earth. We danced around and sang and yelled to keep the evil spirits away. Then we drank a couple bottles of Dom Perignon and smoked some weed.

We had fun. And now we’re getting to work.

Is giving over shares to employees something other small business owners should consider?

I’m not telling anyone how to run their business. I have so much respect for my fellow restaurant owners and I would never tell them how to run their business or even pretend to know what is best for them. This is my path and what made sense to me. We were lucky to go into the pandemic with a pretty decent war chest and a very loyal client base, having been here for 15 years. I’ve never really been about making a lot of money. I just love oysters and I wanted to have a succession plan that will ensure that Oyster Boy lives on. I will say that I think there is a strong business case for this sort of incentive, however. When everything opens up again, there’s going to be a huge shortage of skilled staffers, so I’m just locking down the best of the best.

Let’s go back to spring 2020. How are things now compared to how they were then?

I have already said that the day I had to lay off 24 people was the worst day of my life. Any small business owner will understand what I’m talking about. Before we closed, I topped everyone up from 40 to 80 hours just in case they had to apply for EI, and I guess that was their severance, too. At that point, we didn’t know anything about any of the government incentive packages or when we would be able to bring people back. So it was just me, by myself in my empty restaurant. I felt pretty certain that it was going to be a long haul. I was vacationing in Cuba in January last year. I was bored—I hate vacations—so I was doing a lot of reading about everything happening in Wuhan at the time. When I got back home, I told my staff that they should cancel any trips they had planned. They thought I was crazy, but the ones who followed my advice were happy they did. I actually thought we’d be shut down for two years, but that was before I knew the vaccine would be ready so quickly—which is a lovely miracle.

Oyster Boy doesn’t have a patio. Did you consider trying to set one up?

Nope. We don’t have a patio and we never will. My staff wanted to do CaféTO last year, but I said that for anything to do with health and safety, I’m going to use my veto power. I didn’t want people in our washrooms, or people coming in without masks on and treating my staff like crap. Being right beside the park, we’ve dealt with quite a bit of that. And we’ve been pretty successful with takeout and delivery—our sales right now are pretty much the same as they were this time last year. Our sales over the holiday season were even better than the previous year’s holiday sales. Keep in mind though that this is sales, not profits—we are selling oysters for people to take home, and the profit margins there are minimal. We’re also just talking about retail and restaurant sales—we’re not offering wholesale or catering services, which has cut our overall profits in half.

I understand you were hesitant to hop on the delivery app train.

I was. I don’t like to rely on third-party services, and the high commission fees really bother me. My staff were really keen to get on board, though. In October, I went up north for a couple of days and I said, “Okay, you guys decide while I’m gone.” When I came back they had set up all of these new apps and systems—things were beeping and ringing and tweeting. I’m old-fashioned, so none of this is my kind of thing—it’s a good idea to work with young people. It was great to see my team going on the offensive. And they were right, we have more than doubled our sales through delivery.

It sounds like all things considered, it’s pretty good time to be in the oyster biz.

It’s always a good time to be in the oyster business! Oysters have been popular since the dawn of humanity. And the pandemic has provided a great opportunity for people to shuck their own oysters at home. I’ve done a couple of Zoom tutorials, but a lot of the customers are from my Shuck U program. About 3,600 have taken the class over the years and about 1,000 of them still come in—a lot of them on the regular. Oysters are great for your immune system; they’re rich in minerals and they’re a natural aphrodisiac. If we can add a little happiness and a little horniness into someone’s life, I’m okay with that. 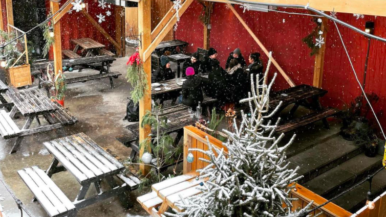 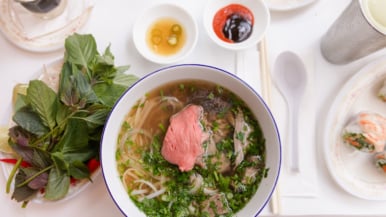 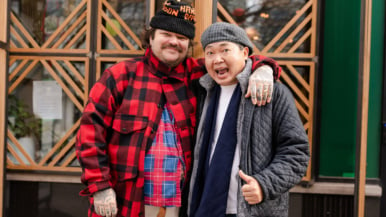 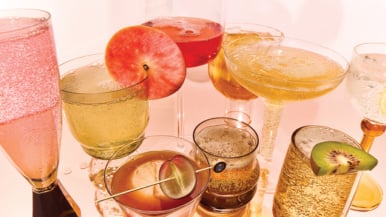