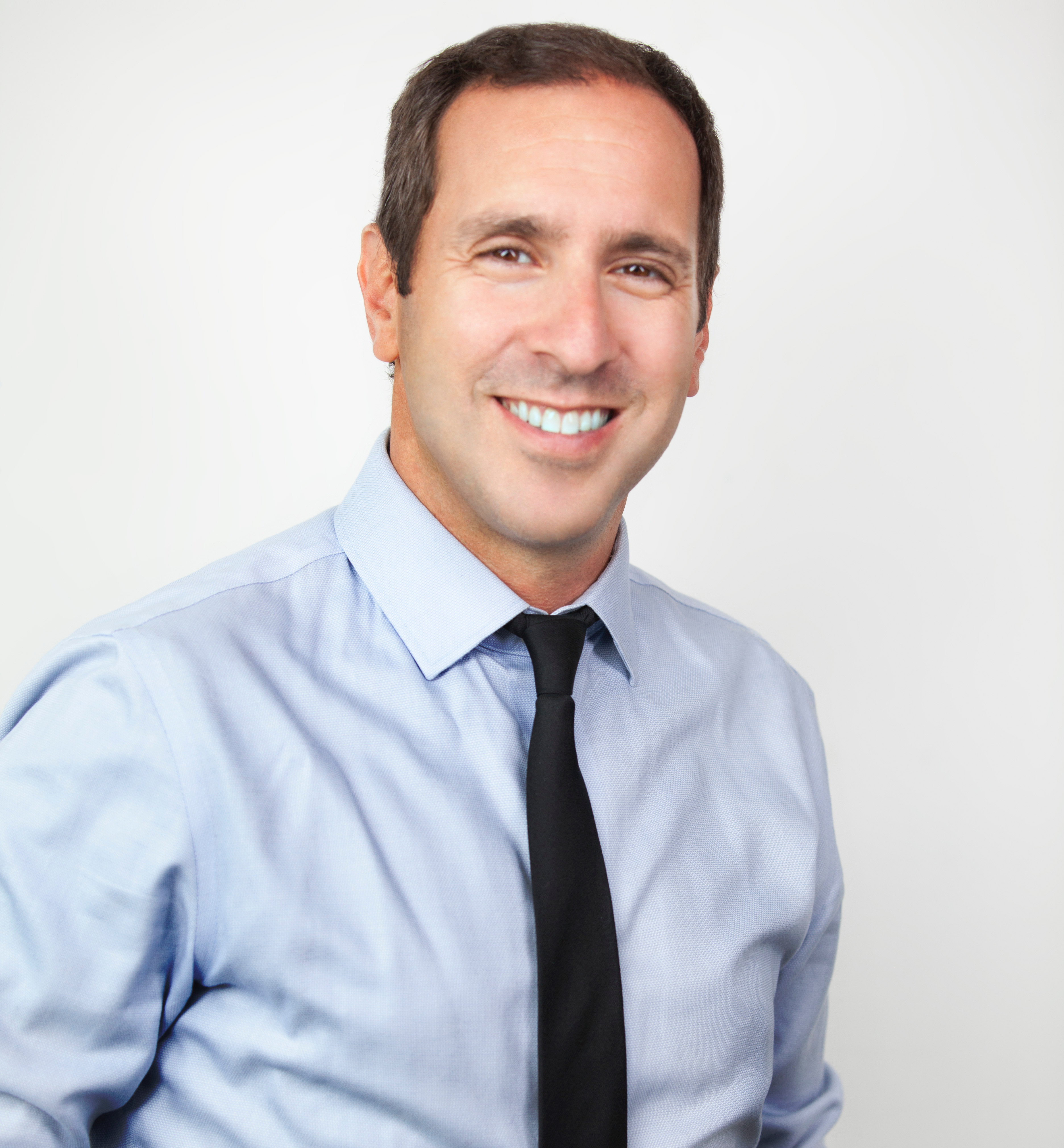 If Josh Matlow gets his way, summer in the city could be a little little less dry. Earlier this week the councillor for Toronto-St Paul’s filed a motion to allow the consumption of alcohol in certain Toronto parks and on beaches. His proposed pilot project would run from May to October and allow alcoholic beverages of 15 per cent or less (read: no Jager bombs). It’s about common sense, says Matlow (cities like London, Sydney and Montreal already allow hooch in green spaces), but with so many Torontonians cooped up, it’s also a matter of equity, as well as health and safety. Here, Matlow tells Toronto Life about why park drinking is the new Sunday shopping and how his motion will address racially targeted policing.

The drinking-in-parks issue has been around for a while. John Tory voiced his support way back in 2018. Why are we only getting to this now?
It’s a good question, and I think anybody who follows me on social media knows that I’ve supported the idea of people being allowed to drink in parks for a long time. I guess the reality is that there hasn’t been enough political will to move forward. It’s not so much a left/right issue—I have a lot of support from progressives, but also from libertarians.

So far, most of the criticism seems to come from fear of the unknown. People who are old enough will remember the debate around Sunday shopping, where the opposition acted like the sky was going to fall if stores were allowed to be open seven days a week. I think it’s just a case of being comfortable with existing norms. But with parks being one of the few places people are able to safely socialize during the pandemic, the matter has become more urgent. I had been planning to introduce a motion at some point over the next few weeks, but then I was sort of spurred into action over the weekend.

What spurred you?
With everything else closed—bars, restaurants, movie theatres—parks have been a refuge. People go to hang out, to get exercise. I have even seen candlelight yoga. Last Saturday was one of the nicest days of the year, so of course a lot of people wanted to spend time outside and unwind. Later that day, I saw a tweet from the City of Toronto reminding people that if they’re caught consuming alcohol in a park they will be fined $300. I thought that came off as just so incredibly tone deaf. We’ve all been through a week of so many scary and discouraging headlines about the pandemic and the vaccine—and now you want to tell people that if they have a drink in the park they’re going to get a ticket?

Can’t people just drink at home?
Of course, but that’s where this starts to become an equity issue. When the weather warms up it’s nice to enjoy a beer or a glass of wine outside. I’m lucky enough to have a backyard where I can do that—and my wife and I did exactly that over the weekend. But then you look just two blocks away and there are apartment buildings with no outdoor patios, balconies or access to green space. For people in that living situation, parks are their backyards. So is it fair that they shouldn’t be able to enjoy a drink outside in a way that is safe and responsible? Covid has put so many limits on what we are able to do, but the one thing we know is that outdoor activities—especially when you can maintain the proper social distance—are a lot safer from a transmission perspective. If we know that people are going to gather and have drinks, whether they’re allowed to or not, why not promote options that are relatively safe?

I don’t know about you, but my inclination to follow the rules decreases with every drink. Last weekend at Trinity Bellwoods Park there were people without masks, people ignoring social distancing. And drinking isn’t even legal!
Not everyone is going to behave perfectly. If people are being drunk and disorderly, or littering or not social distancing, they should be punished with the appropriate ticket or fine. Given the limited resources we have, why not let law enforcement focus on that behaviour rather than policing two people who are sitting six feet apart on a blanket having a leisurely glass of wine? I can fully appreciate why these party-type gatherings—like we saw at Trinity Bellwoods last summer—are so frustrating. For those who were following the rules, seeing so many people partying at a park felt like a slap in the face. But if we take emotion out of the equation and just look at the evidence, I’m not aware of a single case—and certainly not an outbreak—associated with that day, which further supports the idea that outdoor transmission is far less likely.

Why is it important to change the law on this when the current policy seems to be “Don’t ask me what I’m drinking out of this Tim Hortons cup”?
It’s true that drinking in parks is something a lot of people do, regardless of the law that forbids it. But I think, again, this becomes an issue of equality. Toronto doesn’t collect race-based statistics on these kinds of offences, but if you look at data from New York, it’s extremely troubling. Of 1,250 criminal summonses issued for public drinking in 2020, 48 per cent went to people who are Black, 43 per cent to Hispanics and only seven per cent to white people. Obviously we know that racial bias in policing is an issue here in Toronto, and anecdotally I have heard stories about the same kind of inequitable ticketing.

Your motion does not allow beverages of more than 15 per cent ABV. Is that so that people don’t get too blotto?
That’s right. This is about leisurely and responsible imbibing. I don’t want to encourage excessive behaviour.

So no Jager bombs?
Exactly.

Montreal’s rule is that drinking in parks is allowed provided the people doing the drinking are also eating. Is that something you would consider?
If that’s an amendment that makes someone feel more comfortable, I’m not going to oppose it. I’m just not sure how effective it is and I worry that it could be a waste of valuable resources if we have bylaw officers telling people: empty your bag and show me your sandwich.

Let’s play a quick round of Josh Matlow Responds to Twitter Critics, starting with one gentleman who says, “Disgusting. Our kids can’t play organized sports with proper protocol in place yet you’re promoting spending time at local parks drinking.”
This is really apples and bananas. The government is restricting certain organized sports because the challenges they present to physical distancing. Also, I have an item addressing proximity to playgrounds and sports fields, which is basically don’t have a drink while sitting on a slide. There is plenty of room for everyone.

Okay, how about, “I’m sorry this group of folks feels so marginalized because they can’t sample a nice chianti in a park. Oh the humanity!”
I don’t have much to say to that. That feels like a really facetious comment, particularly when my whole point is to address reasonable equity concerns.

And finally, we have this: “So basically Josh Matlow wants the city’s parks to become one huge urinal.” Be honest—is that your secret ambition?
Ha! No it is not. And I think the person who wrote that obviously hasn’t read my motion, which addresses public restrooms in particular, as well as the need for more receptacles for garbage and recycling.

That’s good because—not to go back to last summer at Trinity Bellwoods again—people were using nearby driveways as toilets.
Which is absolutely disgusting. And again—not legal!

When will you know if the motion is passed?
A motion is basically a letter, so my letter will go to the economic and community development committee where it will be debated and picked apart. That’s great—I’m all for healthy friction and for making any appropriate changes. That’s the whole point of proposing a pilot project over the summer. The committee will vote on April 27 and then the next step would be taking it to city council. That vote would take place on May 5.

Assuming it goes through, what will you drink to celebrate?
I’m not sure. I’m really not much of a drinker—more of an occasional beer kind of guy. This motion isn’t for me, it’s for all of the people who deserve a break during this difficult time. I hope those people can celebrate with whatever drink they want—as long as it’s under 15 per cent ABV and enjoyed responsibly.