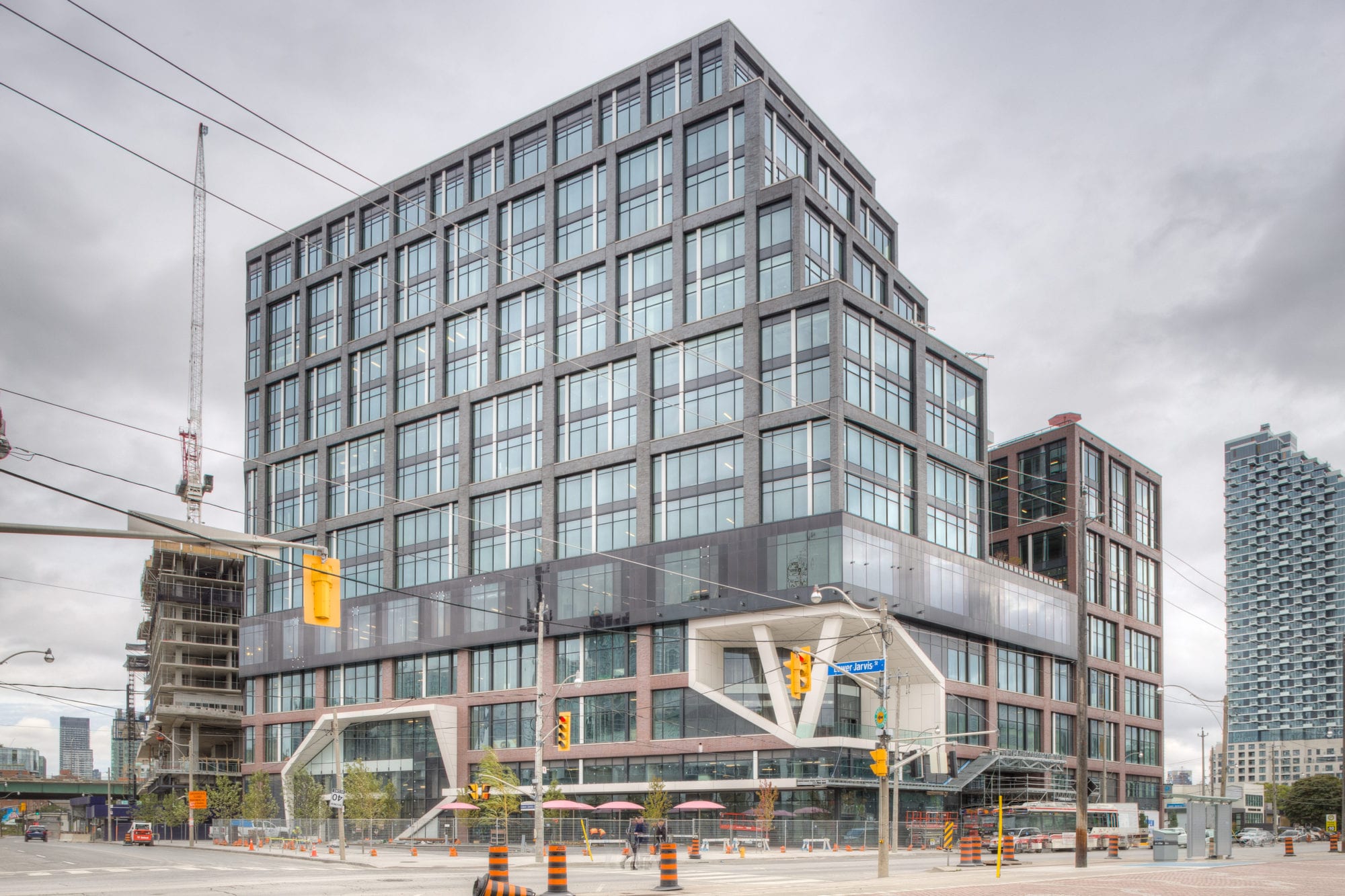 OCAD’s latest venture, CO (short for “company”), is part startup incubator and part executive training hub, with both sides focusing on what the university knows best: design. “There are a lot of places in the city where companies can get tech help, but we are focused on the experience,” says Kevin Morris, the space’s managing director. Instead of assisting with the finance and business side of things, CO helps companies create well-designed, visually appealing apps and interfaces. So far, they’ve hosted executive teams from organizations like Bell and the Ontario government. Clients come in for week-long “creativity bootcamps,” where they brainstorm in campfire-style circles and use basic arts and crafts materials to create prototypes. “We want to break their current way of thinking,” says Morris. “We tell our clients that most people think to build, but we want you to build to think.”

But CO’s first design task was its own offices. OCAD collaborated with Quadrangle’s Caroline Robbie, who, as an OCAD grad herself, worked for British architect Will Alsop while he was designing the iconic pixelated tabletop that sits on top the school’s Sharp Centre. “This project was personal for me,” she says. This is OCAD’s first off-campus building, housed in the new Daniels Waterfront City of the Arts building on Queen’s Quay, and the Quadrangle team wanted to give the space design features similar to the quirkiness of the main campus. OCAD was the first tenant to move into the new building, but the school has since been joined by a collection of cultural organizations, including Hxouse, the non-profit artist hub started by The Weeknd’s creative director, La Mar Taylor.

Before launching the space, CO conducted market research to find out what types of things people associated with OCAD. Pink hair and paintbrushes were two of the most popular responses, so they gave the space a fuchsia colour scheme. “We decided to own it,” Morris says. 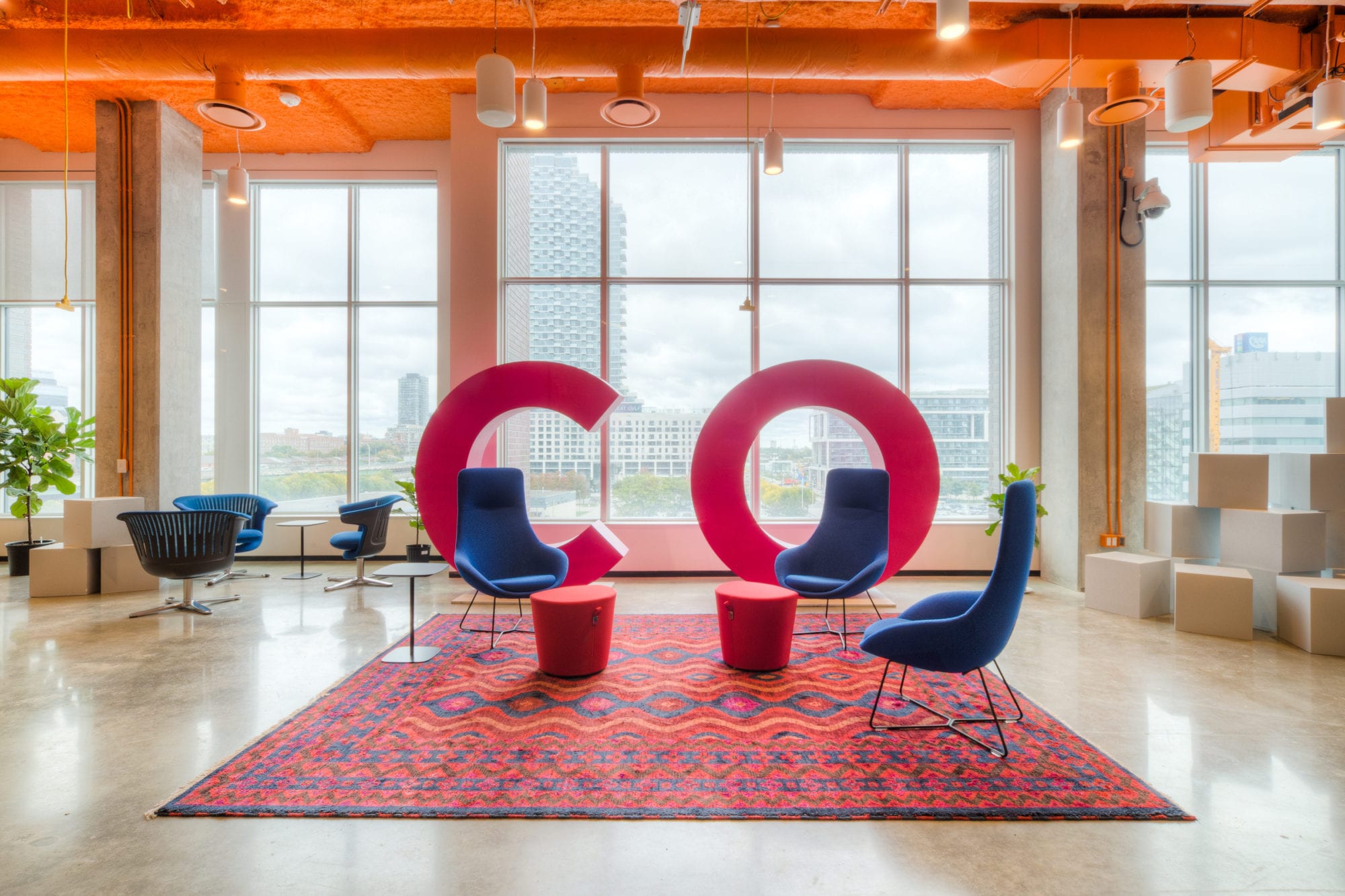 The main reception area (called “the commons”) is an open space scattered with movable sofas, desks and square block seats: 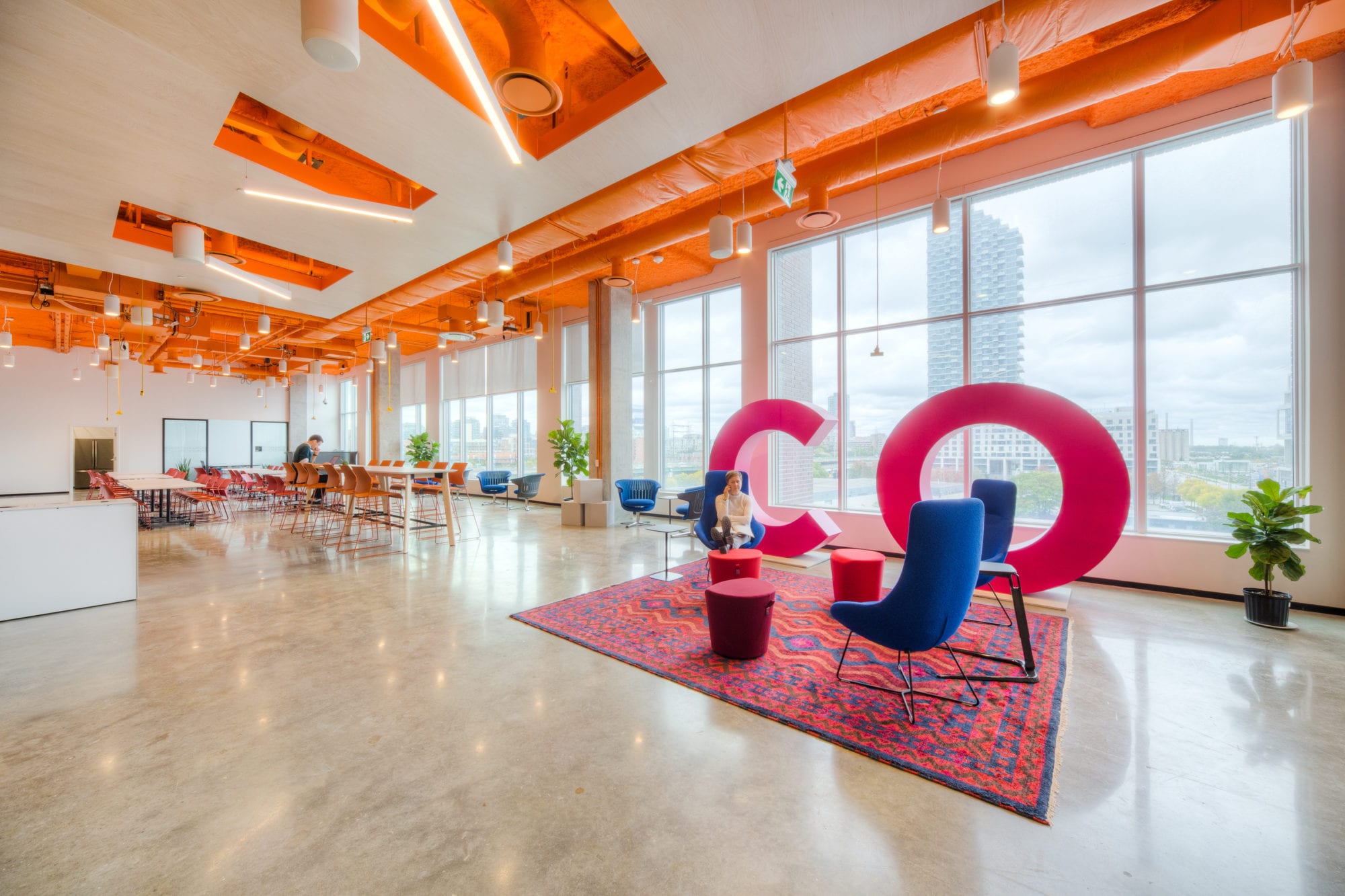 Here’s another view. The colour scheme is meant to be shockingly vibrant. “You see a lot of muted blues in executive spaces,” says Morris. “We wanted people to feel slightly unhinged.” 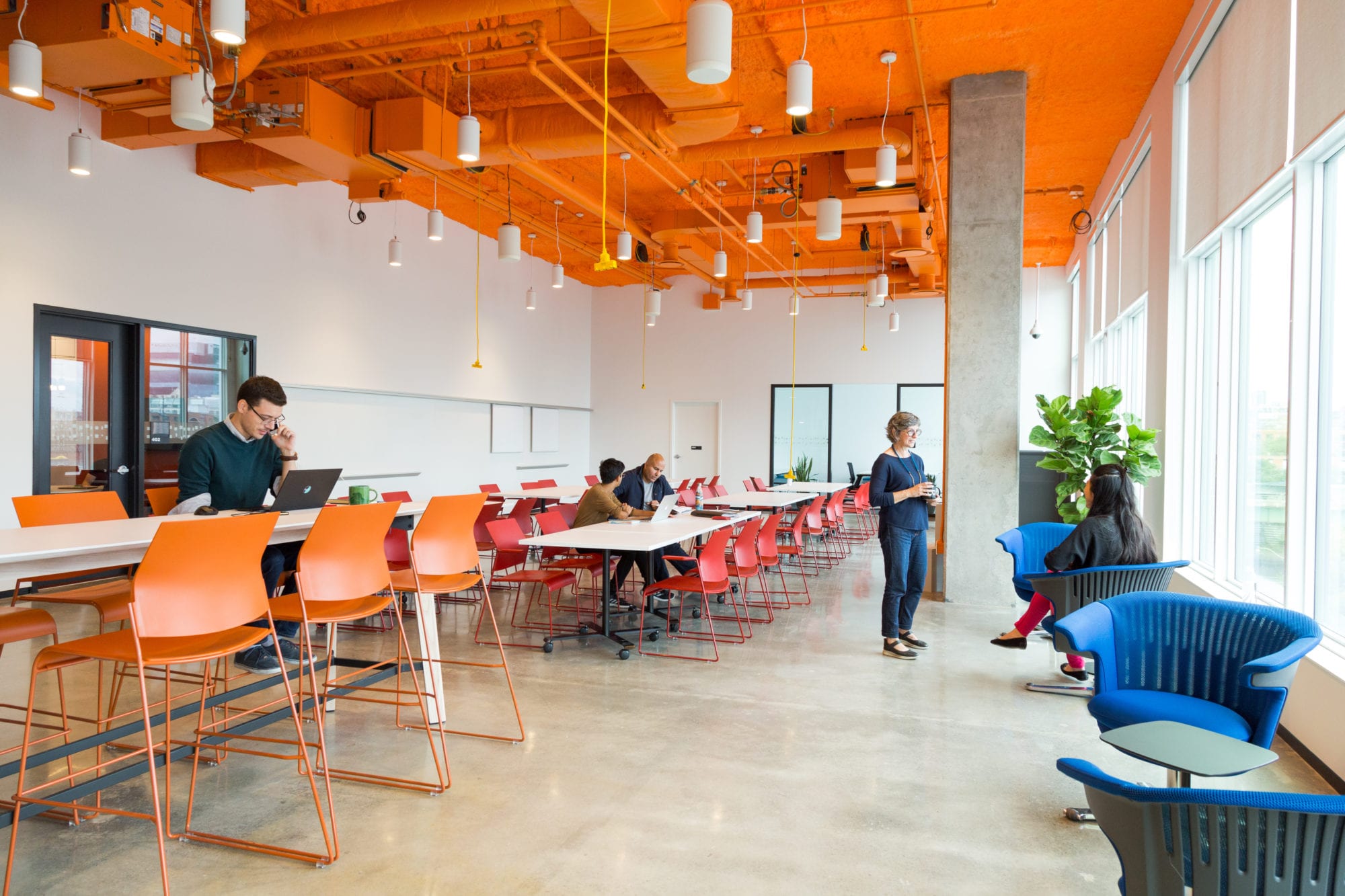 Here’s one of the cozy wall nooks: 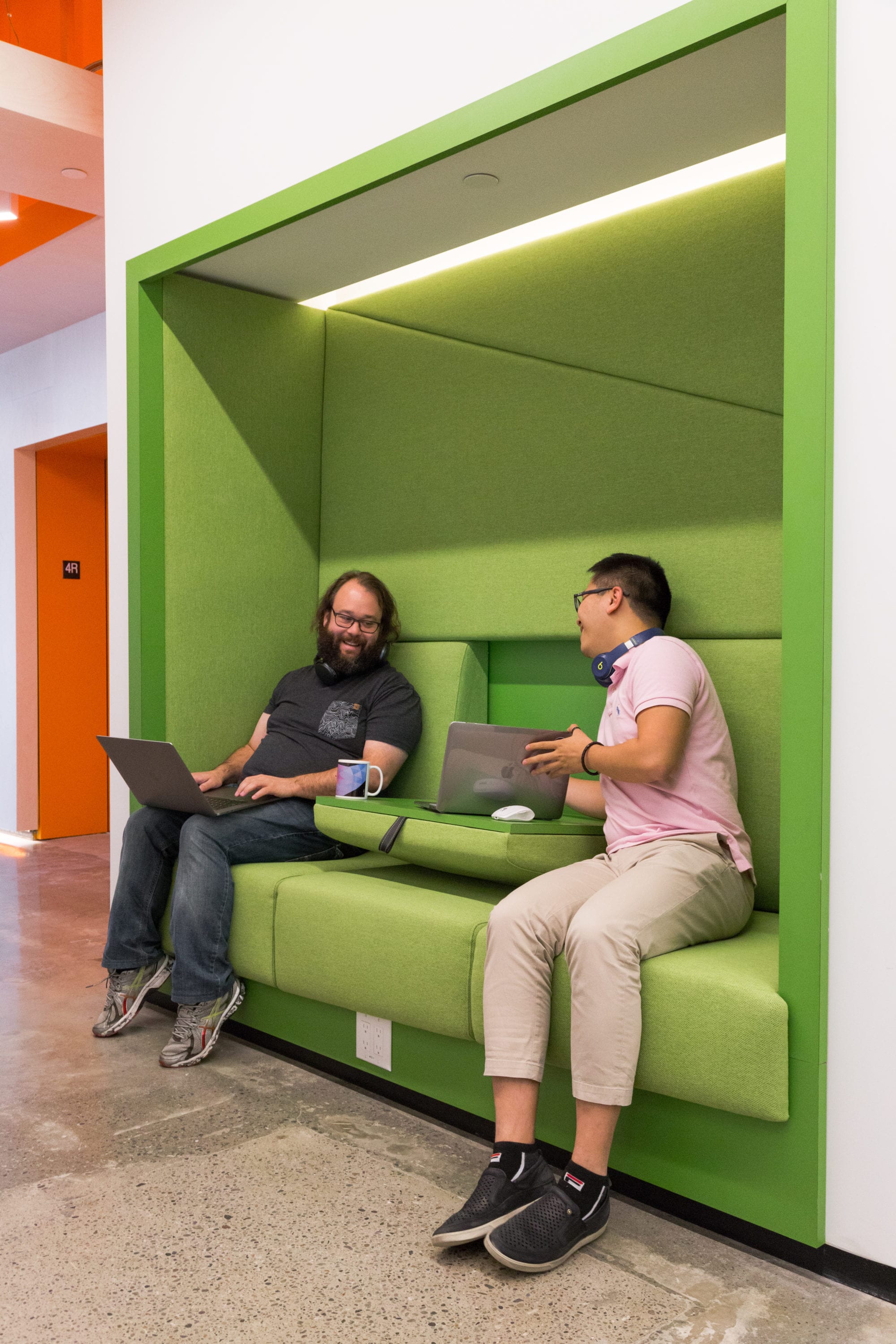 The bathrooms are enormous, and all-gender: 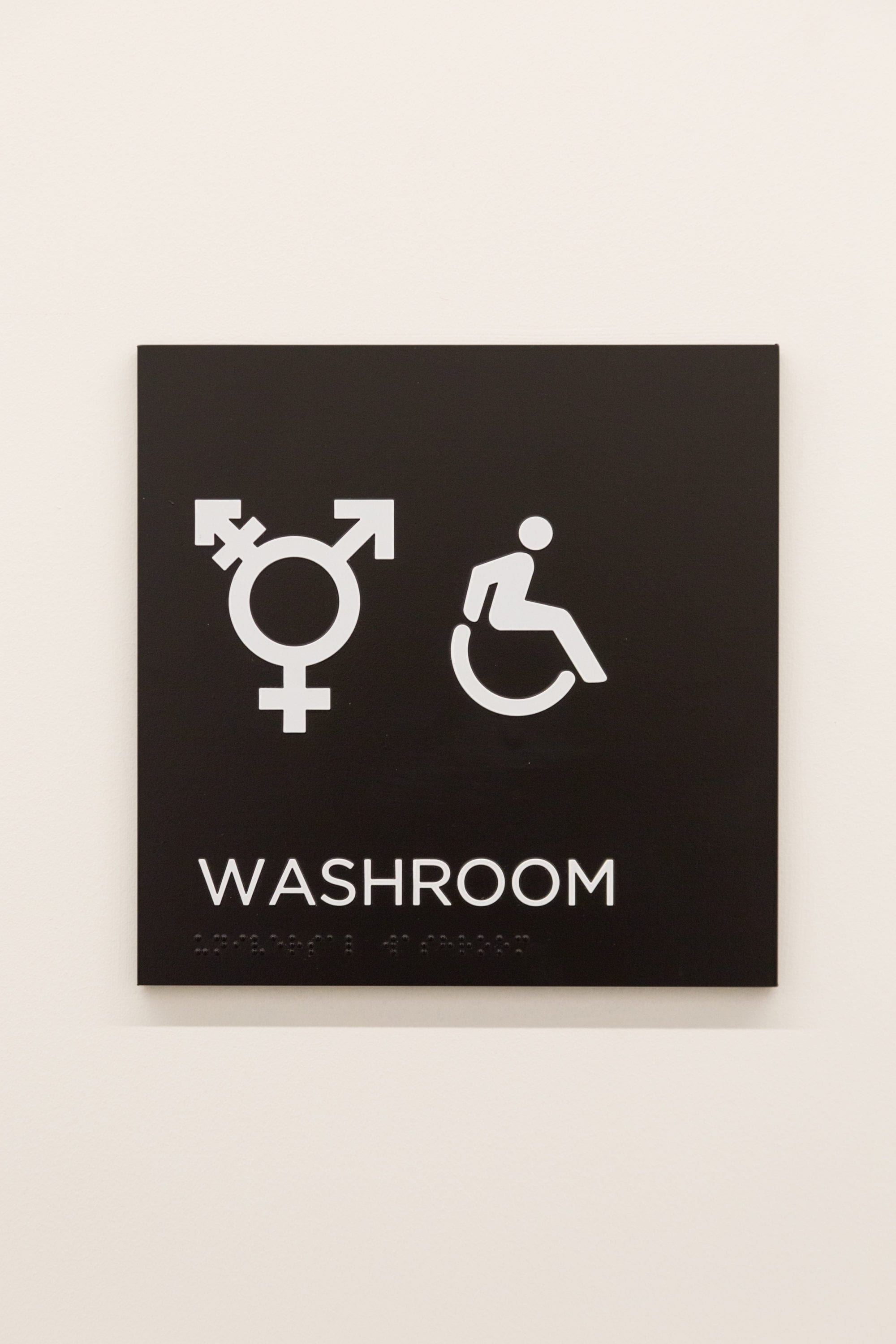 Recognize that pattern? It’s a nod to the Sharp Centre: 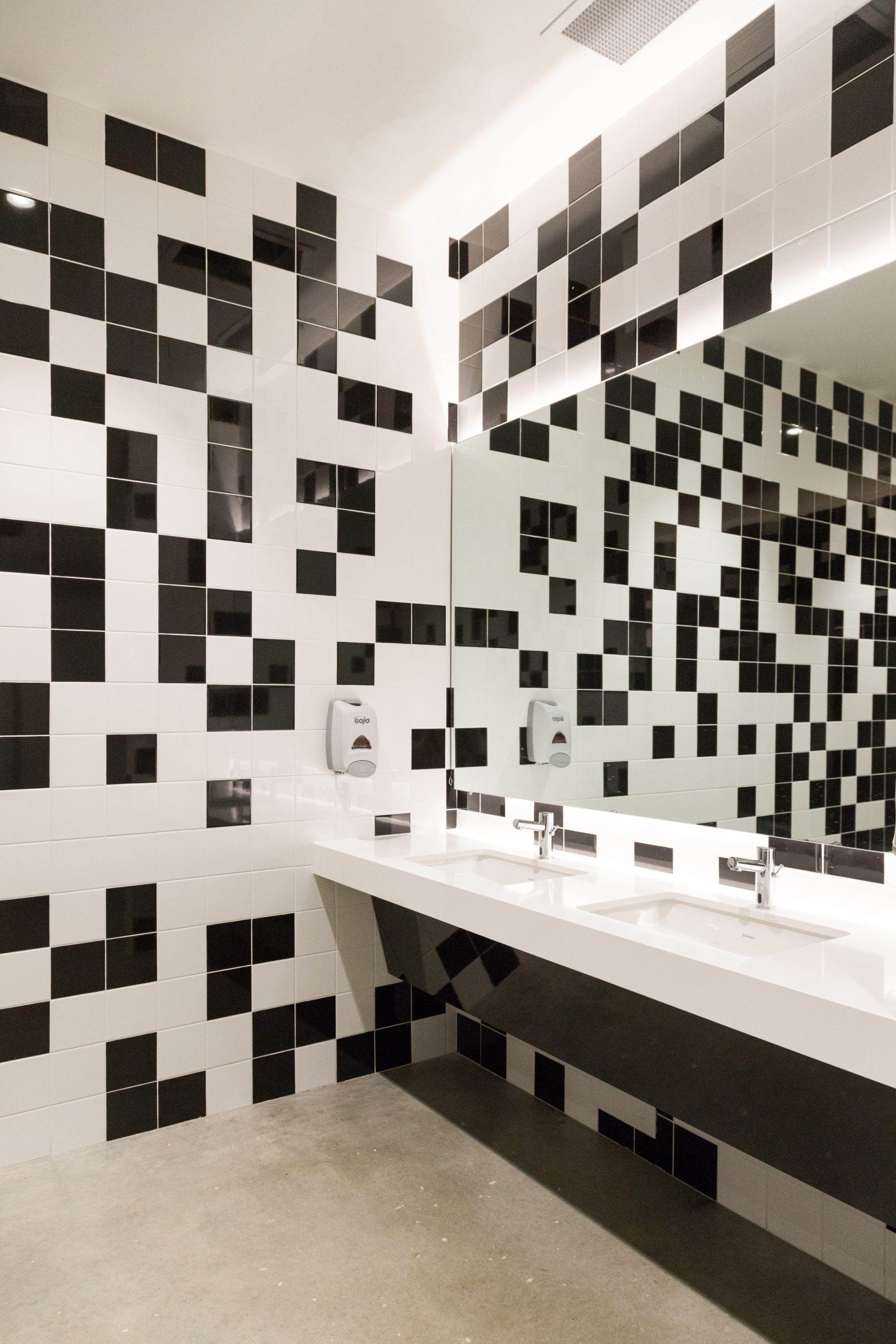 There’s more of the signature pink hue in this casual meeting area. There are also whiteboards everywhere: 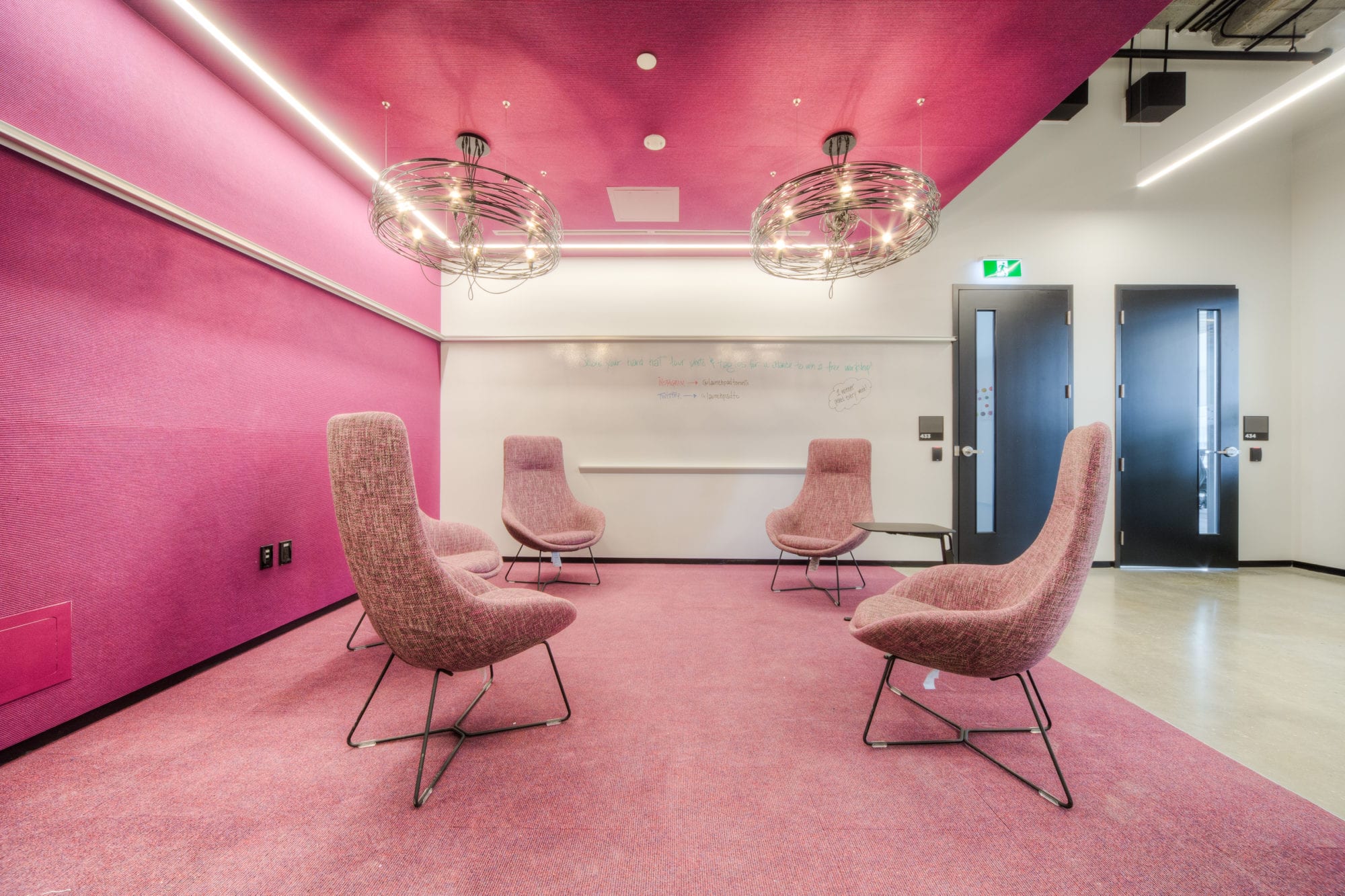 The smaller meeting rooms are just as vibrant: 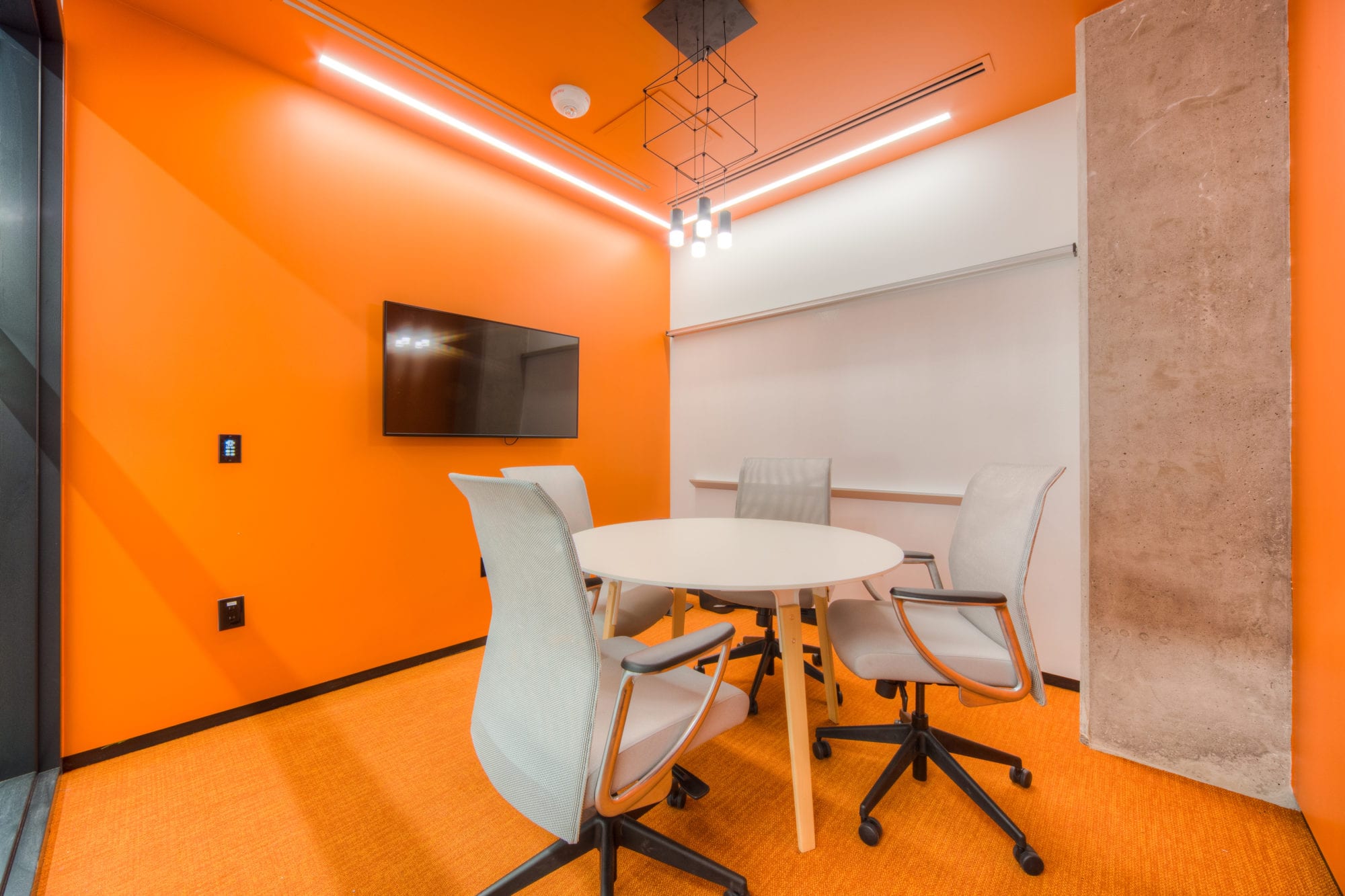 Board rooms are versatile and filled with light (there’s a view of the lake). Post-its are popular for brainstorming: 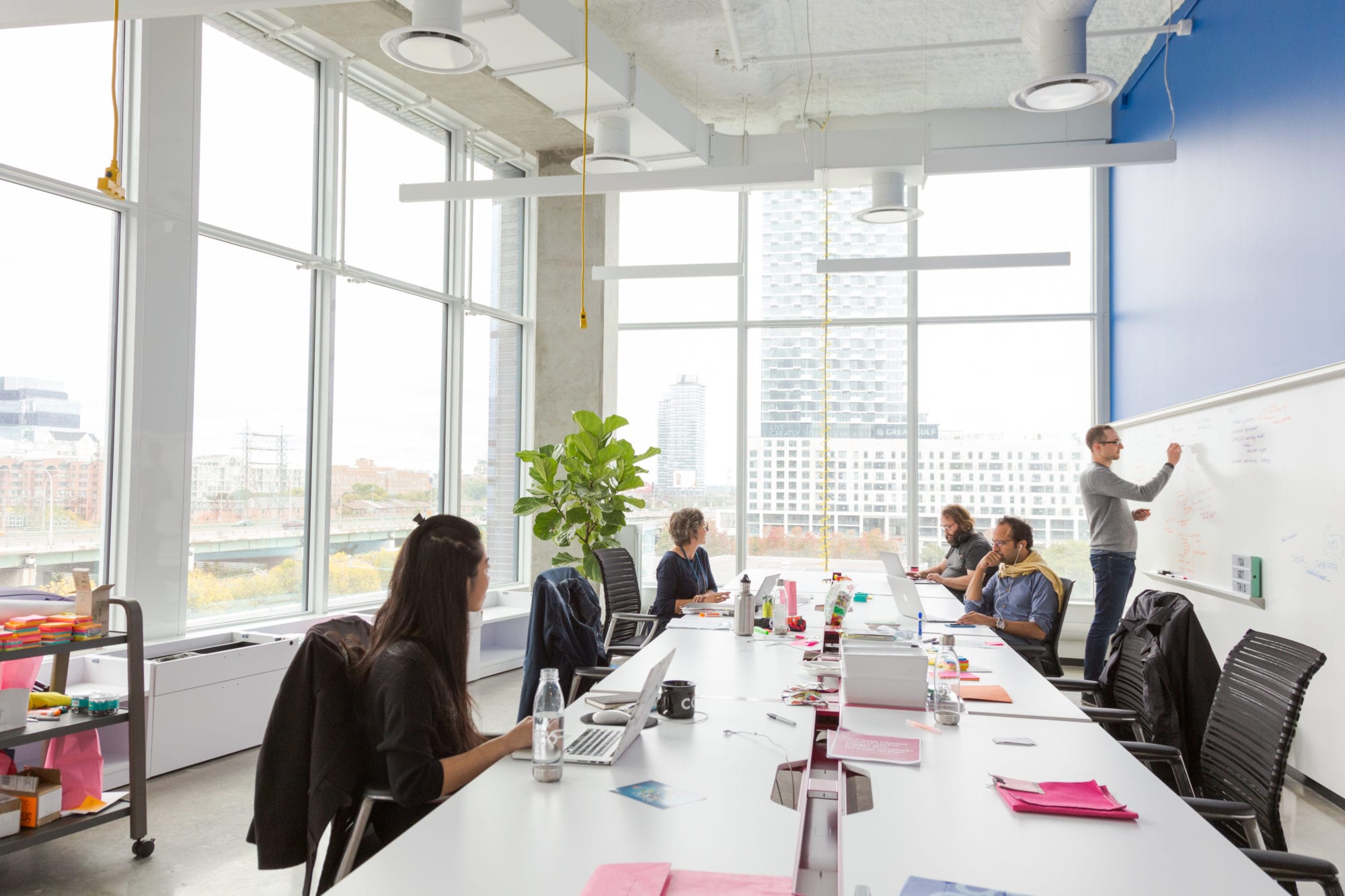 The coffee game here is top-notch. “The one thing we heard over and over again from clients was that we need really good coffee,” says Morris. 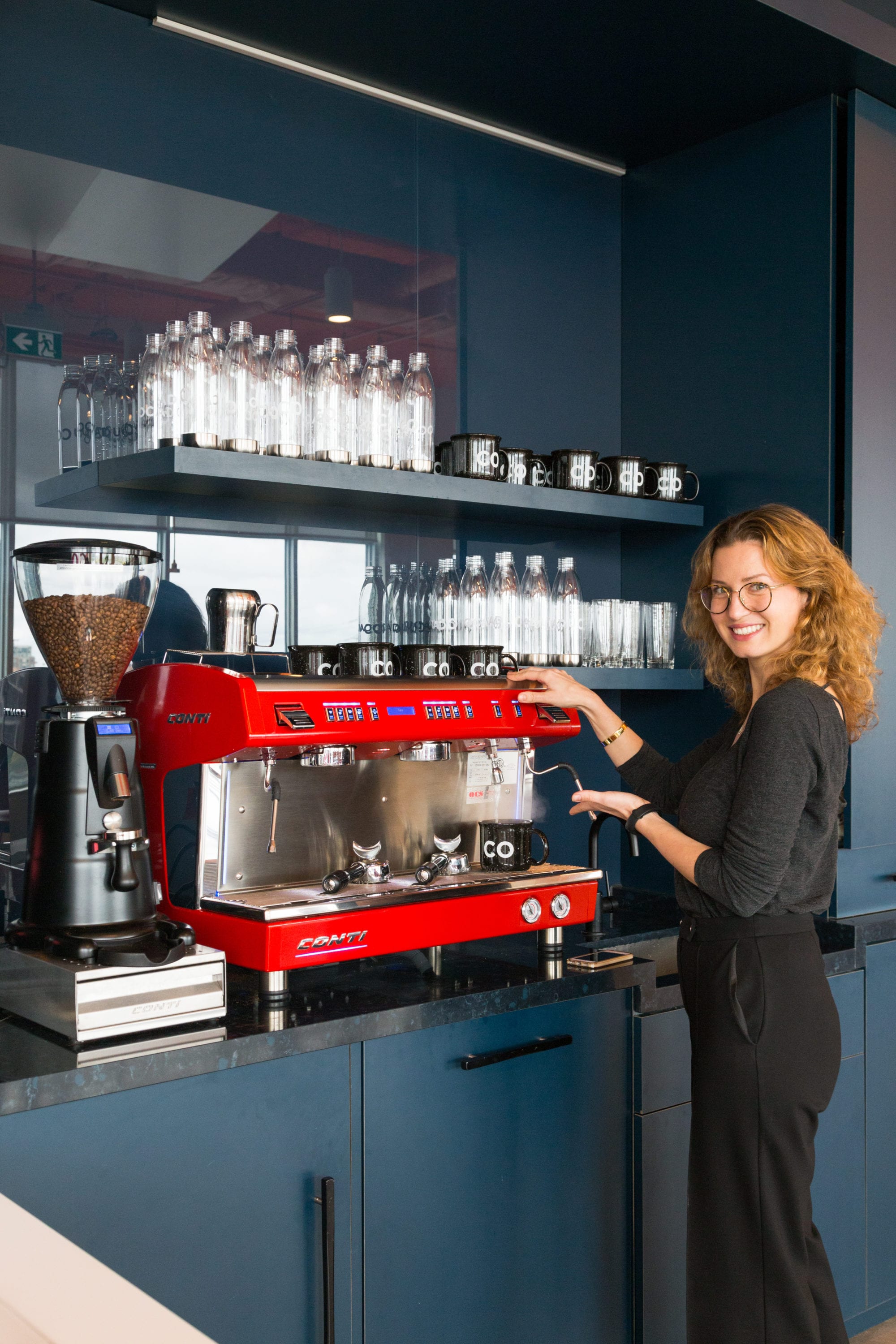