“I haven’t held my baby in a month”: Councillor Joe Cressy is living apart from his family while he fights on the front lines

“I haven’t held my baby in a month”: Councillor Joe Cressy is living apart from his family while he fights on the front lines 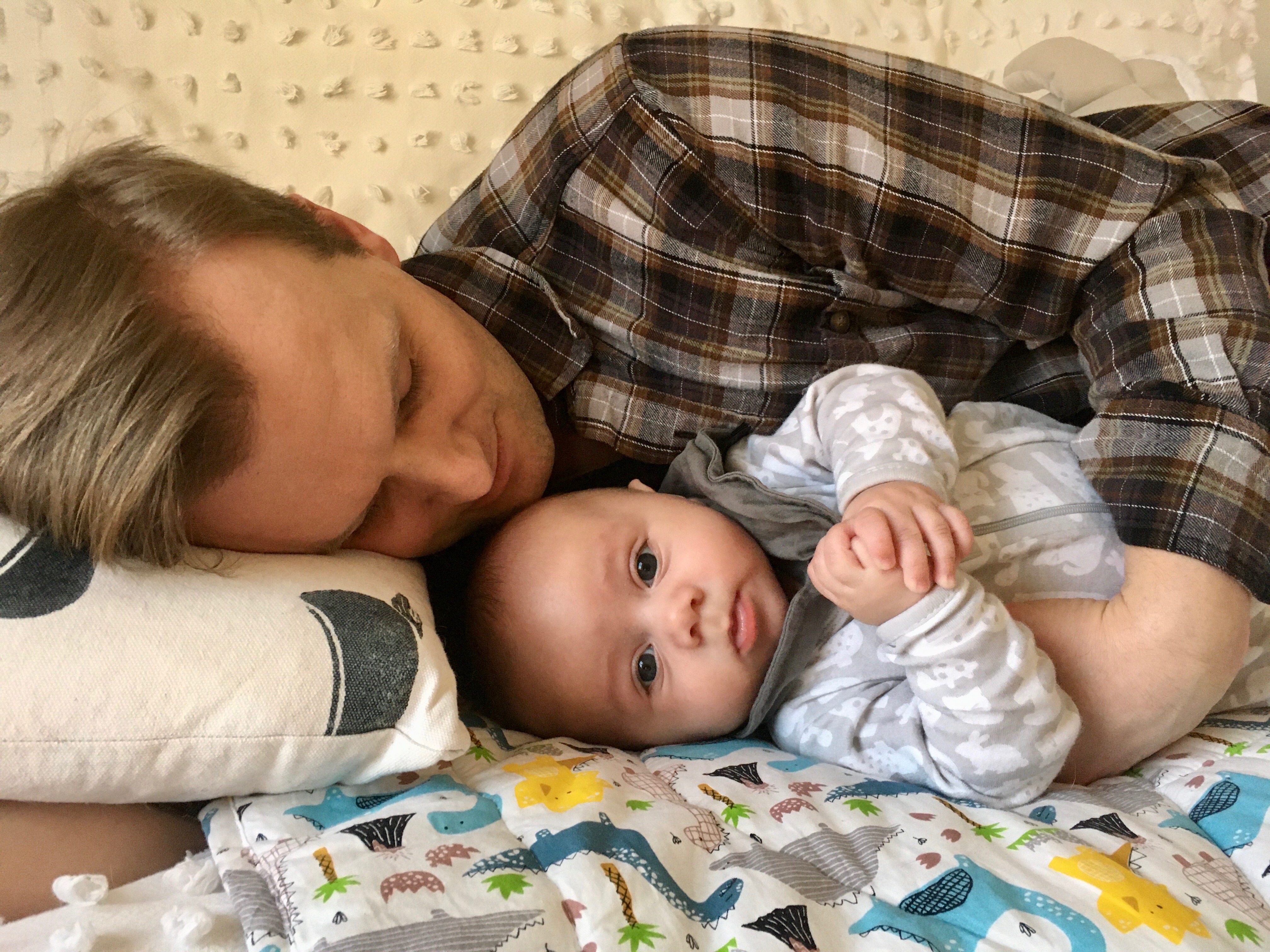 As told to Courtney Shea

“My wife, Grace, and I became parents for the first time in November. We named our son Jude. People assume it’s a Beatles thing, but really we just like the name. Before Jude was born, Grace and I had a lot of conversations about how it was going to work. I’m a city councillor, and she’s a writer; we’re both passionate about our careers. At the same time, I only wanted to become a father if I was going to be an active parent. A couple of months ago, I wrote about how I was going to be the first person ever to take advantage of the new parental leave program for Toronto city councillors, which gives us up to 20 weeks. I was planning to take 16 weeks starting next September.

“All of the clichés about parenthood are true. Suddenly everything revolves around this one person, and it’s total tunnel vision. The world could be falling apart outside, but if you’re changing your baby’s diaper you’re not thinking about anything else. That was before the world actually did fall apart.

“My situation is different than those of most city councillors, because as well as representing the people of Spadina–Fort York, I am also the chair of the Toronto Board of Health, which is the largest public health unit in the country. Normally, the job involves overseeing decisions and policy implementations around issues like the overdose crisis, vaccinations and health care for the homeless. Before I got into politics, I did HIV and AIDS work in sub-Saharan Africa, working on poverty eradication and harm reduction. When I came back to Toronto, I took a job with the Stephen Lewis Foundation. I ran for city council in 2014 and was elected to the Board of Health in 2018.

“Rumblings about Covid began in late December. We issued our first public health alert on January 7, and the City and Toronto Public Health started meeting on a daily basis around the same time. At that point we were asking, “How do we snuff this thing out?” We were having a lot of success with containment and avoiding community transmission, so we were still cautiously optimistic. And I was still going home to Grace and Jude every day, doing my best to balance work with the joys of being a dad. That changed in early March when people started coming back into Canada from Italy, from the U.S, from Iran, and we realized that we were no longer talking about containing the virus, but mitigating the damage. That’s when we formalized the command table, which includes myself; Mayor Tory; the medical officer of health, Eileen de Villa; emergency chief Matthew Pegg; city manager Chris Murray; and all the emergency services chiefs.

“That’s also when we all had to make arrangements to protect our loved ones. Dr. de Villa has been staying at a hotel for the last month. The mayor has been living apart from his wife. And I have been away from Grace and Jude. It made sense for them to stay with my parents while I hunker down at our home in Trinity Bellwoods. Of course, this whole thing has been a constantly changing reality: I had no idea when I was saying goodbye that I wasn’t going to see my kid for four weeks. I want to be very clear that I’m not alone in my situation—I’m thinking of the front-line workers and what they’re having to deal with. But it’s been really hard. The best and worst part of my day is our daily FaceTime call, which is usually around 6:30 a.m. I sing him “You Are My Sunshine” and get to see how he’s changing. I’ve been able to see a lot of firsts on our calls: first solid food, first giggle, first laugh. But it’s definitely not how I imagined the first months of parenthood.

“My days are pretty regimented. The joke is that it’s like Emergency Groundhog Day. I’m up at 5 a.m. every morning. I’ll have coffee and orange juice and toast before I head out at 6. The command table meets every morning at 8. We practise safe social distancing—there are 15 of us in a room that normally holds 100-plus people, so it’s not too hard. After that, it’s more planning and phone calls.

“I usually head home around 6 p.m. On the way, I drop by the back garage of my fellow councillor Mike Layton, who has been my best friend since before we got into politics. He’s been working from home for a month, like most city councillors. And he’s an excellent chef: he’s done slow-cooked pork, barbecue chicken with homemade slaw, and other amazing stuff. Last night was brisket with mac and cheese and a squash thing. It’s always in a Tupperware for me to take home. We can’t eat together, but we do have a beer from 20 feet away. Mike is a craft beer enthusiast, so we’ve had Bellwoods, Burdock—always local.

“Then I’m back on the phone for a couple of hours before bed. My nightly ritual is to listen to records. I’m a big vinyl guy. I’ll play something new every night, but I always end with the same thing: Johnny Cash’s cover of “I Won’t Back Down” by Tom Petty. It feels like the right song for the moment. There’s no easy way out of this, but we are resilient and we’ll get through.

“At this point, we can only guess at where things will be in a few months. I hope I’ll be able to take my parental leave, but we’ll see. I know that this is just a moment in time, that there will be so many more months in my son’s life that I will be there for. Like all of us, I’m just doing my best to get through this and looking forward to the future—hopefully one that involves a lot more diaper changing.”