A FanExpo for podcasts
1This week, Hot Docs brings together some of the biggest personalities of the audio world for six days of special-edition shows that can’t be heard anywhere else—it’s basically FanExpo for audiophiles. The lineup of chart-toppers includes Jesse Brown of Canadaland, Matty Matheson, and besties Wesley Morris and Jenna Wortham, who co-host the New York Times hit culture podcast Still Processing. November 6 to 11, Hot Docs Ted Rogers Cinema.

A performance from Meghan Markle’s favourite choir
2Last year, during the wedding of Prince Harry and Meghan Markle, more than two billion people heard the Kingdom Choir perform a heart-swelling three-part-harmony version of “Stand By Me.” This month, the London-based gospel group plays to a slightly more intimate crowd over two nights at the Meridian Arts Centre. In addition to the Ben E. King showstopper, they’ll sing an eclectic set of covers from their new album (also called Stand By Me), which includes Dionne Warwick’s “I Say a Little Prayer,” Bob Dylan’s “Make You Feel My Love” and a delightfully funky “Golden” originally by Jill Scott. November 5 and 6, Meridian Arts Centre.

A ghostly ballet
3Giselle is a ballet that has stood the test of time—180 years to be exact. The title character is a young peasant girl being courted by two suitors, including a married nobleman in disguise. When she learns about her suitor’s lies, she kills herself in a fit of madness and, in death, meets a band of abandoned women who seek revenge on her former lover. A quintessential romantic ballet, Giselle’s plot explores classic themes of love, betrayal and remorse. November 6 to 10, Four Seasons Centre for the Performing Arts.

An R&B extravaganza
4At the peak of their careers, Stevie Wonder and Prince were inspired by each other. Now, hit songs by both of these influential figures will be on the program during the 13th annual Uncovered, a yearly concert where Canadian theatre stars reimagine the songs of famous pop artists. This year’s cast features Juno winners Jully Black and Divine Brown, along with Gemini winner Jackie Richardson. Expect an evening full of throwback gems. November 4 to 7, Koerner Hall; November 8 and 9, Meridian Arts Centre.

A night of religion and raunch
5The TSO concert performance of Massenet’s lush, melodic opera Thaïs marks its first professional production in Toronto, a delay due partly to the vocal demands of the histrionic title role. A courtesan in Alexandria, Thaïs is pursued by Athanaël, a monk who wants to convert her from paganism to Christianity. Spoiler: she’s unaware that his real motives are carnal. Soprano Erin Wall brings her voluptuous stage presence and warm, incisive vocal technique to the title role. Baritone Joshua Hopkins sings Athanaël. Sir Andrew Davis conducts. November 7 and 9, Roy Thomson Hall.

Bangarra Dance Theatre
6At the intersection of dance and history is Bangarra Dance Theatre, whose productions fuse 65,000 years of Aboriginal and Torres Strait Islands culture with contemporary movement. In Spirit, billed as a “journey to the heart of a dream world,” 17 performers tell stories from the traditions sacred to Australia’s native peoples, drawn from the company’s 30-year repertoire. Stephen Page, Bangarra’s artistic director and a member of the Munaldjali clan of the Yugambeh Nation in South East Queensland, choreographed the piece. November 8 and 9, Bluma Appel Theatre. 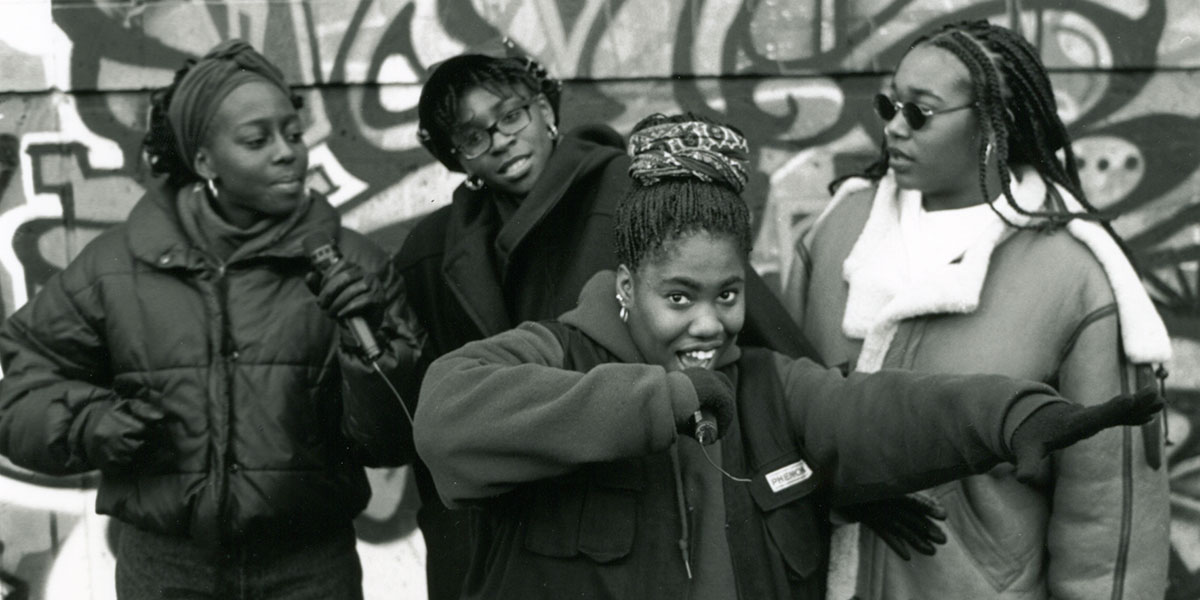 A throwback documentary
7In 1994, hip-hop in Toronto was conspicuously absent from Canadian radio stations. For his documentary Make Some Noise, filmmaker Andrew Munger followed underground rappers and hip hop artists in Toronto, eventually winning Best Canadian Short Film at TIFF. The doc, which gets a throwback screening at the Lightbox on Thursday, is a deep dive into still-relevant issues like police harassment, racism and the stereotypes of black music. The screening includes a Q&A with artists Motion and Thrust. November 6, TIFF Bell Lightbox.

A night with Caroline Van Hemert
8When biologist and writer Caroline Van Hemert set out on the adventure of a lifetime in 2012 to experience the beauty of the natural world firsthand with her husband, Pat, they had no idea what they’d encounter. Their massive, 4,000-mile trek—without the use of motorized vehicles—started in the Pacific rainforest and ended in the Arctic coast. During that time, they used skis, rowboats and their own feet to experience some of the most rugged and beautiful land the world has to offer. The six-month adventure is now a book, The Sun Is A Compass, from which Van Hemert will be reading to talk about her journey. November 4, Patagonia Toronto.

A queer film festival
9For four days, the Toronto Queer Film Festival aims to bring out voices too frequently cast aside in the world of film. The theme this year is the 50th anniversary of Stonewall, and the scheduled films showcase the experiences of queer people of colour, those with disabilities, trans folks, Indigenous people and more on the big screen. On the lineup this year: the documentary Pier Kids, which follows the lives of queer and trans youth living not far from the site of the Stonewall Riots, and So Pretty, which looks at a group of friends and their attempt to create a queer utopia in the modern world. November 7 to 10, OCAD University.