Virginia Johnson and Louis Trochatos have very different taste: she’s a textiles designer with a bright, busy aesthetic; he’s a tech entrepreneur who prefers clean lines and a neutral palette. But they both love art—the pair met in a painting class in the mid-aughts, and they’ve spent the past decade supporting each other’s creative pursuits, from ambitious oil works to Lego-building marathons with their son and daughter (ages five and three, respectively). Their house, a remodelled 1920s red-brick near Dundas and Ossington, is their biggest joint project. They bought the place seven years ago and tore everything out: walls, floors, all but the exterior brick (and some of that, too, so they could reposition the windows). Then, with help from Louis’s sister Litsa Trochatos, they tailored the space to suit both of their sensibilities. Louis got the big white box he wanted, devoid of dividing walls or frou-frou moldings, and Virginia got her punches of colour and texture—every room is bursting with throw cushions, flowery fabrics and quirky thrift store finds. The result is an elegant home that’s relaxed enough for family movie nights, poker tournaments (Louis has a casino-calibre table in the basement) and board game sessions on the living room floor. And the art projects never stop: the third storey, a light-filled studio where the couple often works from home, is packed with enough easels, paints, glitter and glue to keep the whole family feeling inspired. 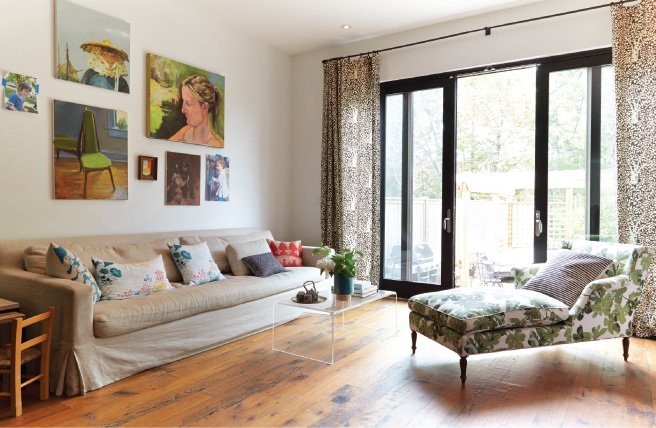 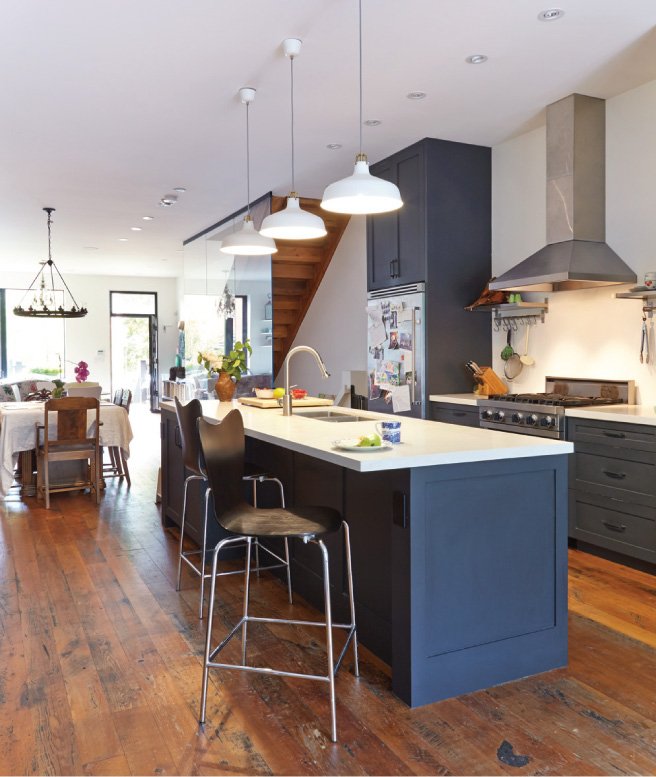 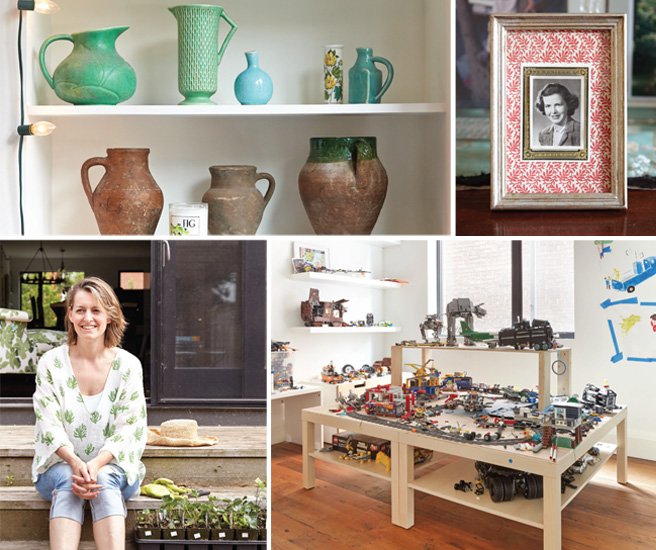