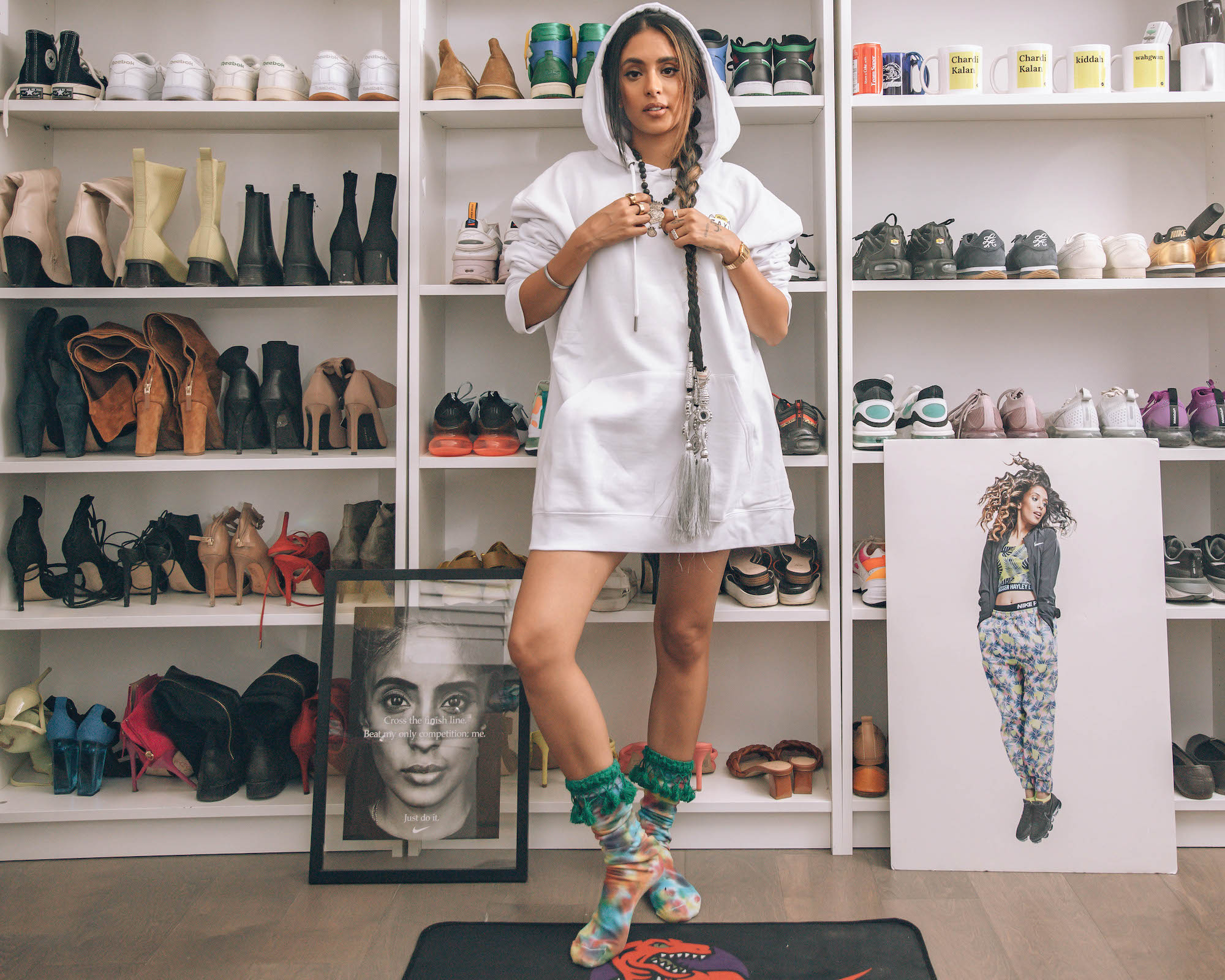 In early 2020, Sandy Gill was living in New York and working as a stylist. When Covid hit, she returned to her parents’ home in Brampton and spent the early months of the pandemic thinking about her next steps. A few months later, Gill launched a successful new loungewear line, Tuff Bandit, inspired by her parents. Here’s how she got started.

“I started experimenting with clothing in high school. As long as I can remember, fashion has been the way I express myself. Any time I felt like I didn’t fit in or needed a pick-me-up, I always fell back on my outfit to give me a sense of control and creativity. I would throw a sweater over a dress to make it look like a skirt or use a patterned scarf as a head wrap for my super-curly hair. When Instagram launched, I posted my outfits online and gathered a small following—around 10,000 people.

“Throughout my 20s, I juggled teacher’s college, a master’s degree and later a full-time teaching job. All the while, I was developing my side hustle as a stylist. As my social media presence picked up, I worked my way up to styling people like Lilly Singh, Nabela Noor and Beena Minhaj. I also booked fashion campaigns for brands like Nike and H&M, and I was making regular trips to Los Angeles to work with clients. In 2016, I created a signature look called the Sandy Suit—a power suit made from traditional sari fabric. I had an email account set up just for the suit, and designed a custom one whenever I received an order. 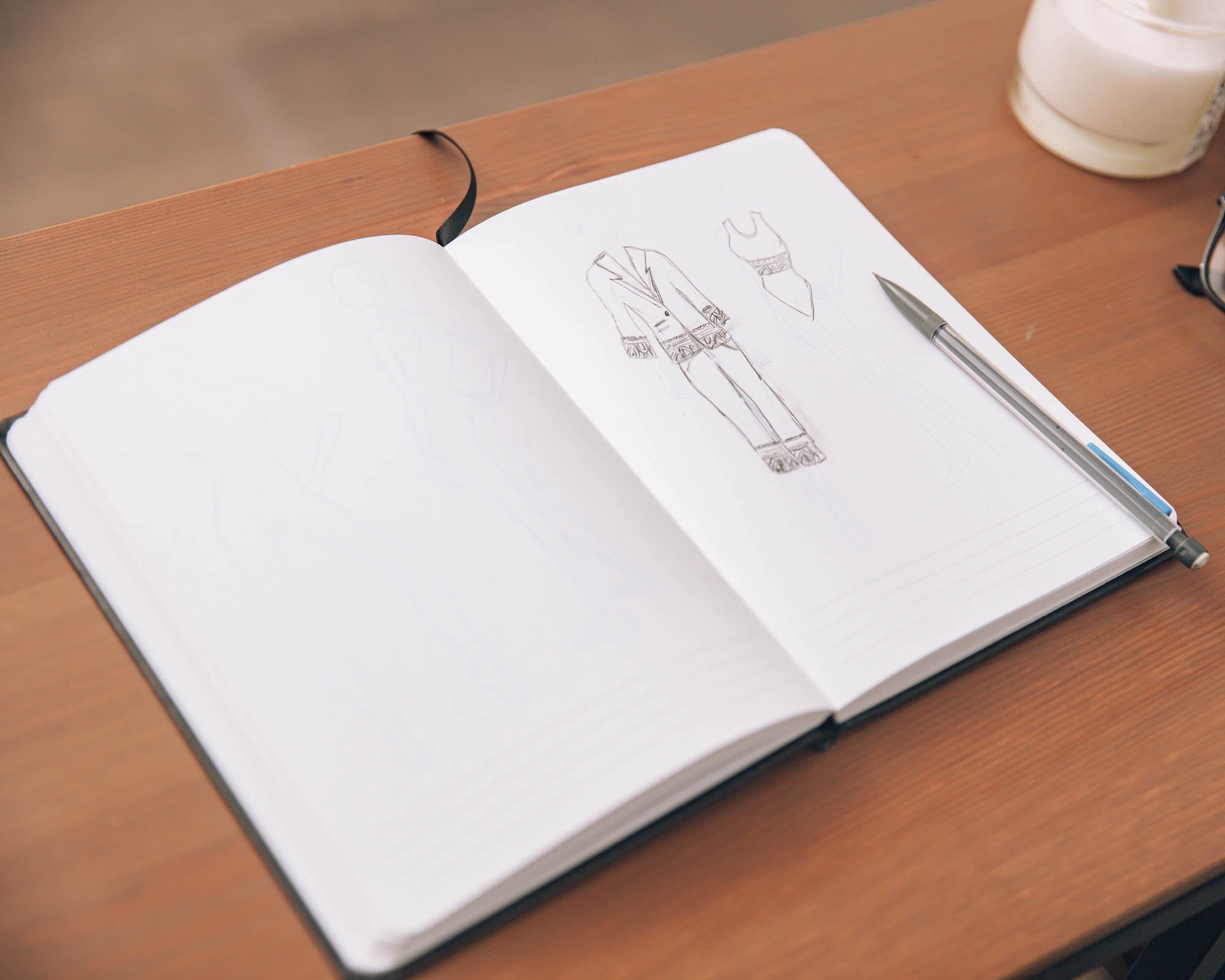 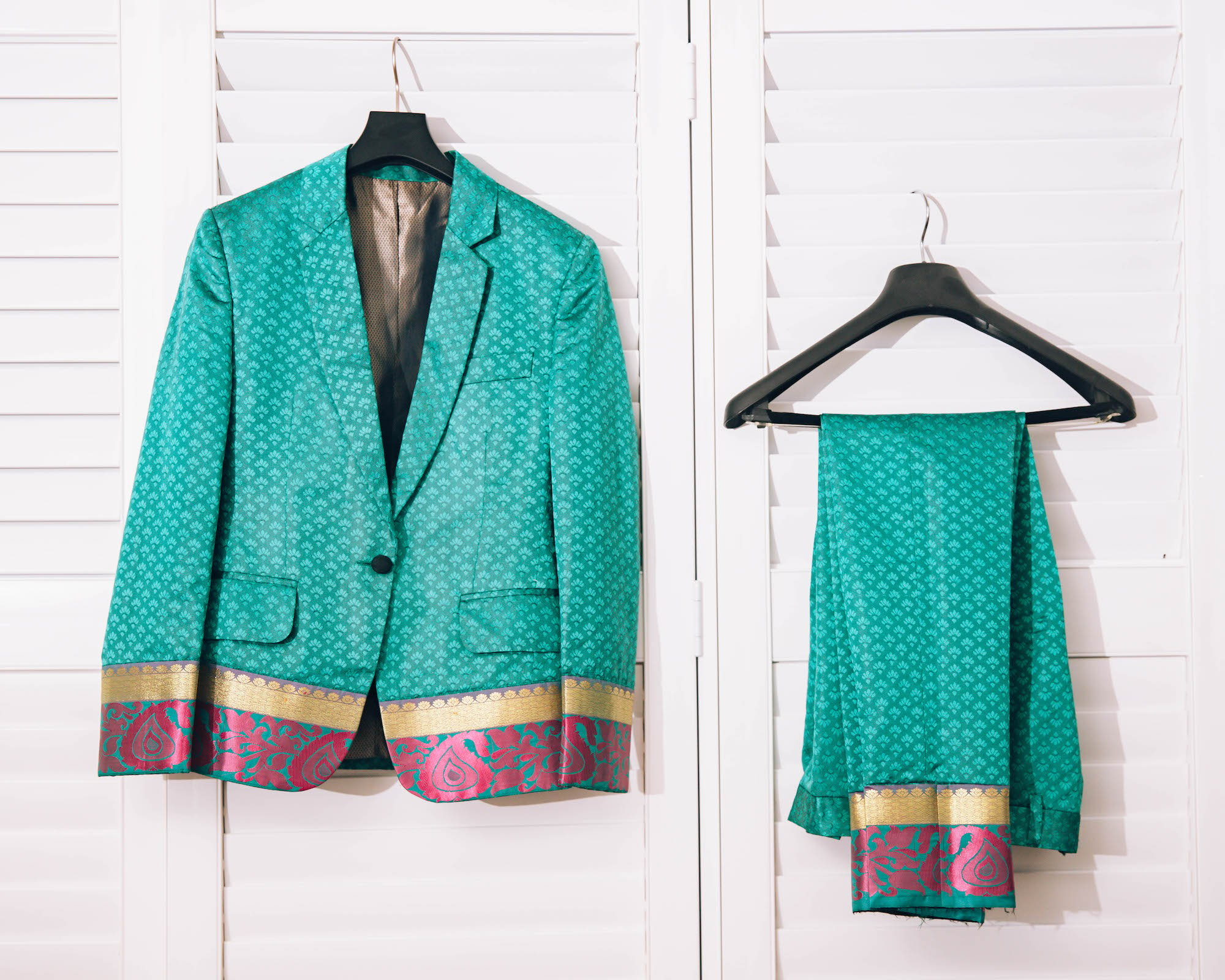 “In 2018, I decided to risk everything. I left my elementary school teaching job, packed up my life and moved in with my best friend in Brooklyn to work as a stylist and content creator full-time. It was one of the scariest things I had ever done. In early March of 2020, things were going well and I was feeling secure in my new career path and decision. Utkarsh Ambudkar had just worn a Sandy Suit for his performance with Questlove on stage at the Oscars. I was getting steady work as a stylist for my celebrity clients and my online content was getting more traction, including work with Neostrata, Dove and Pantene.

“Suddenly, a few weeks later, everything around me was shutting down. I felt an incredible pull to go somewhere safe. I’m family-oriented, and everything about this mysterious new disease was uncertain. I needed to be close to my parents, who are in their 60s and live in Brampton. On the second day of the pandemic, I got on the first flight home I could find.

“I settled into a quiet routine at my parents’ house in Brampton, where I grew up. I loved being with them, but as the months went on, I hit a block in my career. No one was going anywhere, so no one needed to get dressed up. People certainly weren’t thinking about their closets while hanging out at home in their sweats. But I stayed positive and decided to use the time to reset and connect with family. I didn’t know it at the time, but reconnecting with my family during this time turned out to be all the inspiration I needed. 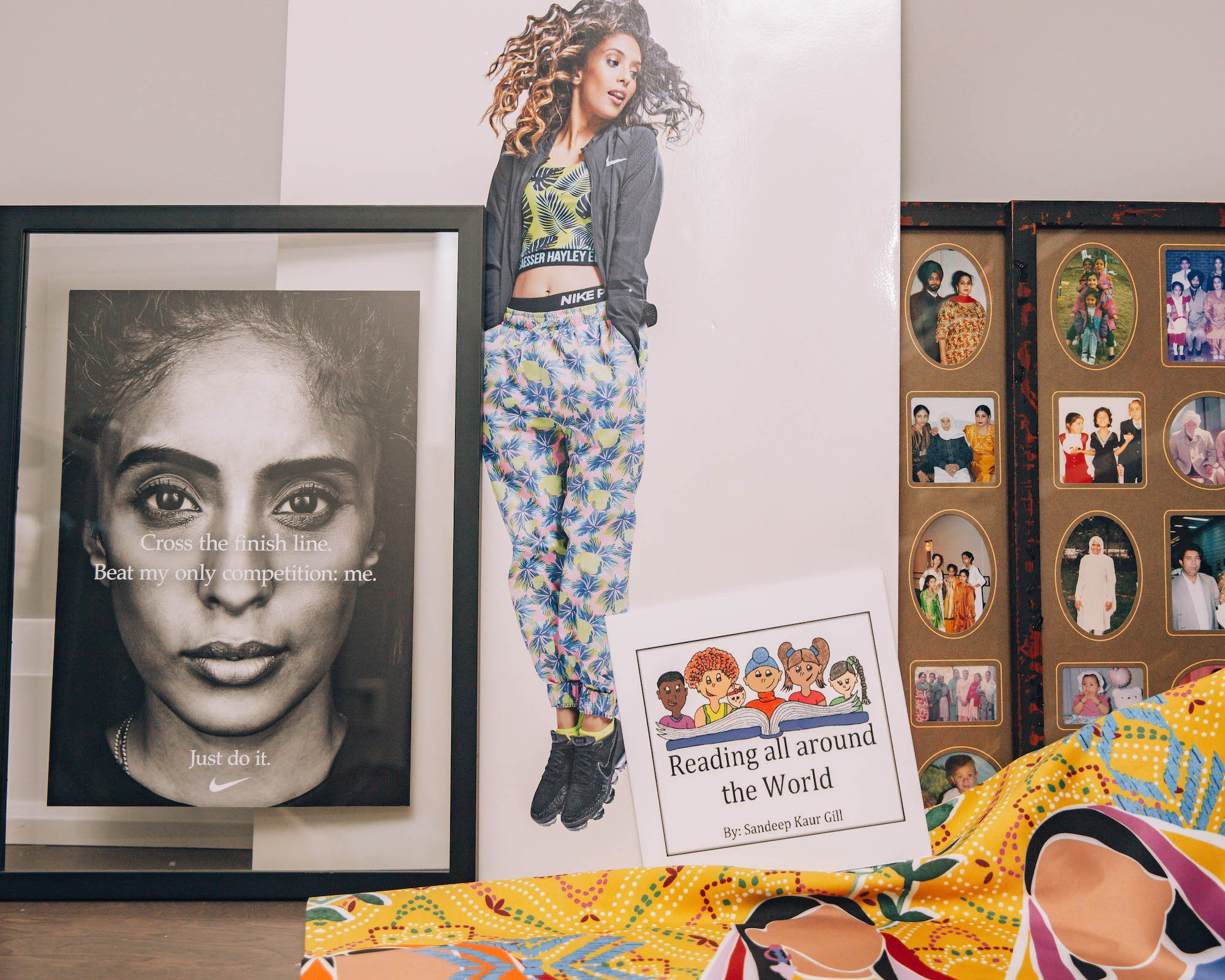 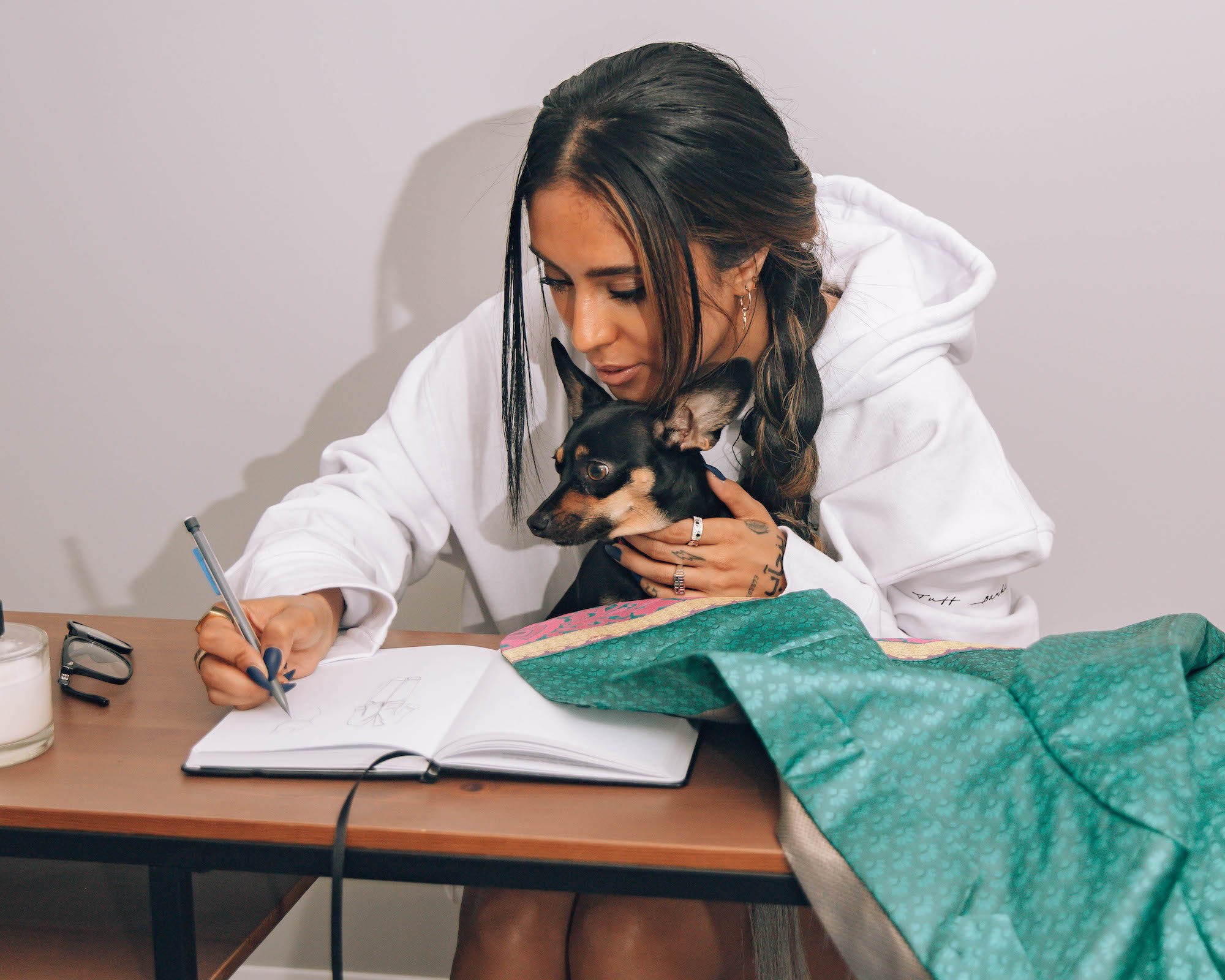 “In August of 2020, I felt an urge to tap into my creative side again. I needed to feel the energy of a big city but I wanted to stay close to my family, so I moved from Brampton to a 34th-floor condo near Queen’s Park with my new Covid puppy, Missy. Some of my belongings were still in my best friend’s apartment in Brooklyn, and I hadn’t given up on returning to my pre-Covid life yet.

“I knew I wanted to make clothes, but I always told myself, Do it later. You’re not ready. Moving out on my own was cathartic in a way I never expected. I started thinking about my parents and their journey to Canada as Punjabi immigrants. I realized that what went through to get here was far crazier than any career crisis I was going through now. In addition to all the racism they faced, making money as immigrants was always a problem. My father worked crazy hours as a cab driver, and my mother worked the night shift at a factory for 25 years so she could take care of us during the day. I decided to channel their energy, keep working and trust that it will get better.

“That’s how I came up with the idea for my first collection: Working Class Heroes, which I planned to release under the brand name Tuff Bandit. I wanted to tell stories of resilience through clothing, and specifically, my parents’ immigrant journey to Canada. I would include elements that represented my dad’s work as a cab driver—something many immigrants and children of immigrants can relate to. I collaborated with an atelier called Urbancoolab to create tracksuits with graphics of a washed-out picture of my dad’s first-ever cab license, a taxi light, tire tracks and a photo of an authentic Punjabi fabric called Phulkari. 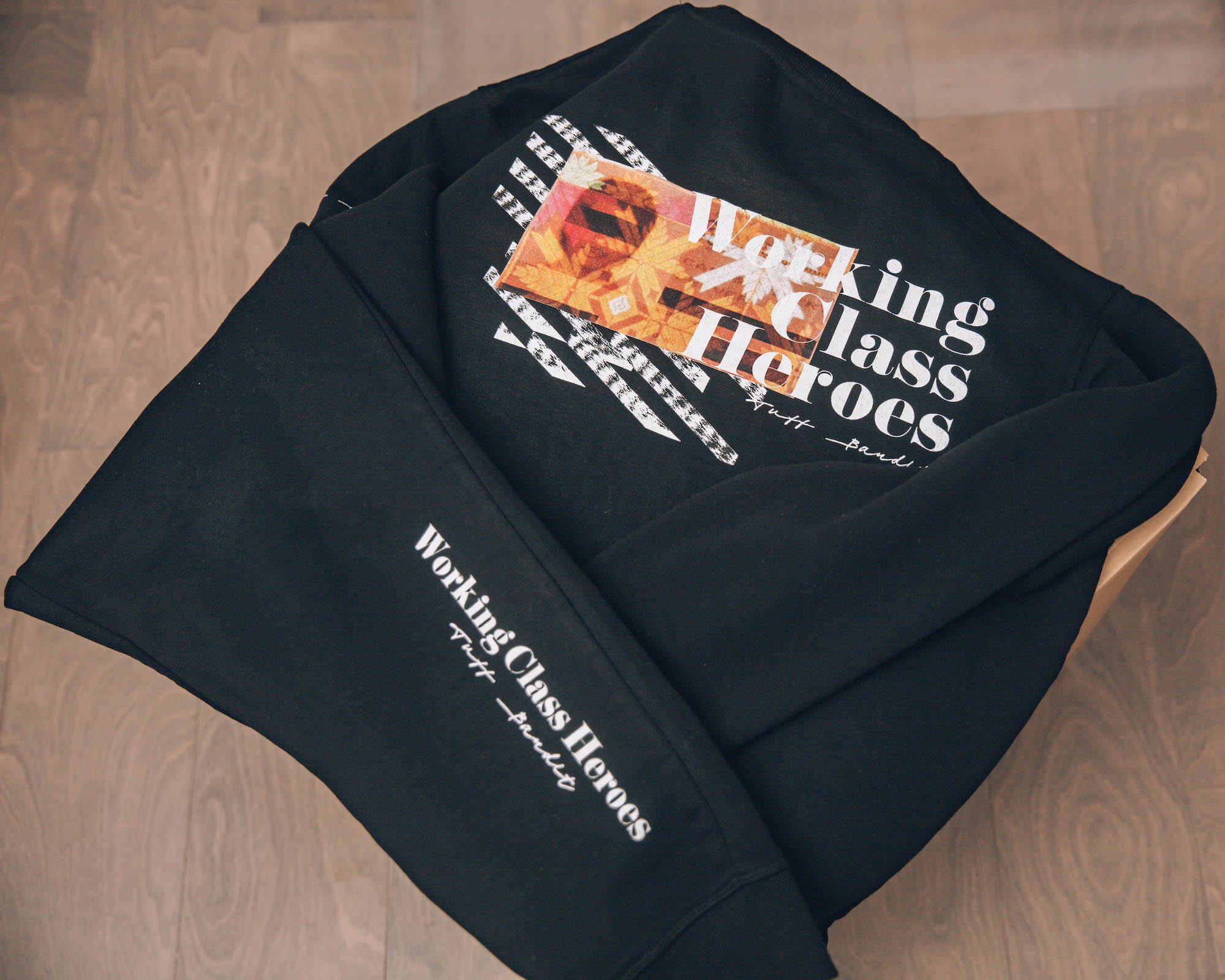 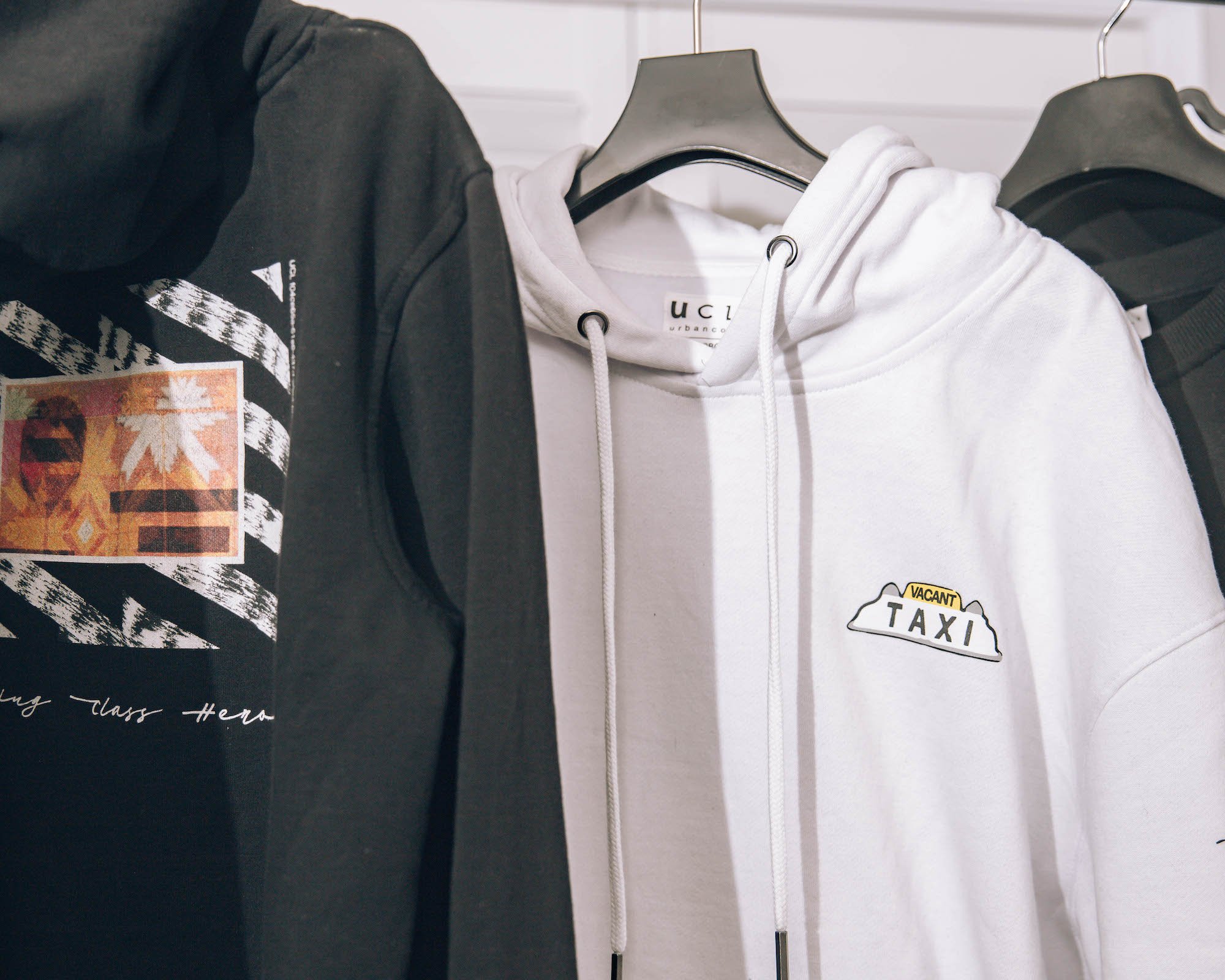 “The collection dropped in November of 2020 during the Indian farmers’ protest. All proceeds went to farmers and affected families. The response was incredible and unexpected. I went in thinking, If I sell just three pieces, I’ll be happy. We ended up having items on backorder and raising $5,000 for Indian farmers. I received messages from people all over the world who said the clothing resonated with them or that they felt like it represented a member of their family. Giving back to the community felt right to me, and I decided to continue to give back moving forward.

“With the success of the launch, I spent most of 2021 learning all I could about the design world, since I’m not formally trained. I took a couple month-long trips to Los Angeles to meet with established designers and see how they structure their businesses. I’m learning to draw silhouettes, about sizing and how to organize mass production while keeping things sustainable and eco-friendly.

“In February, I launched a second collection called Land with Grace, which was about the enormous magnitude of loss experienced during Covid. Like the first collection, it’s comfort wear and track suits, but with brighter colours and bigger graphics. A month later, my friend moved out of what used to be our shared apartment in Brooklyn, which gave me the push to finally clear out the rest of my stuff. Now, I’m bouncing back and forth between L.A. and Toronto, working on new collections. I’m not sure if I’ll ever make my way back to New York. 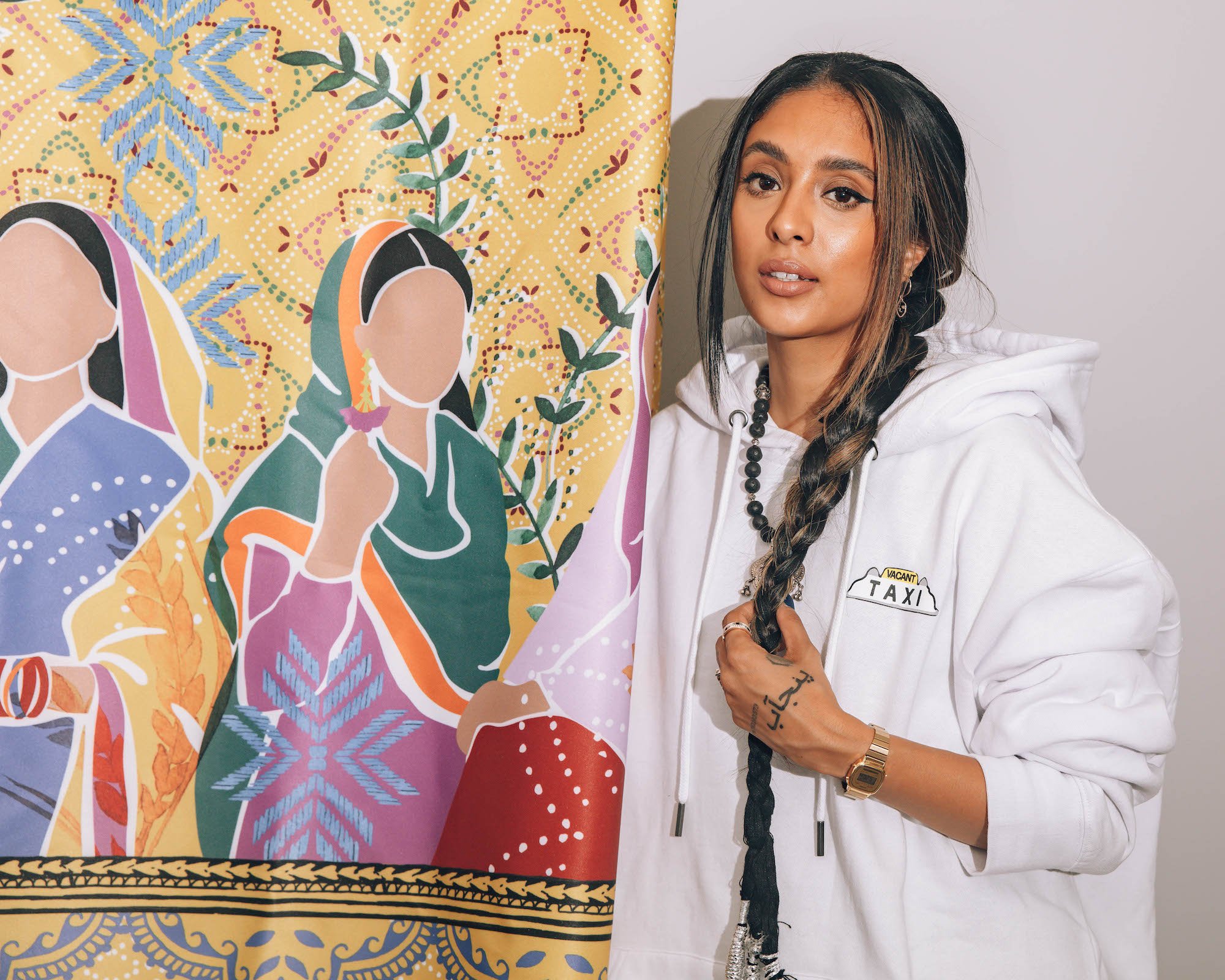 “Getting more involved with charities and focusing on content that brings awareness to good causes has been a goal for me this year. When we talk about the climate crisis, we often forget that one consequence is people losing their homes and everything they own. I started working with an organization called Create Structure, and a portion of proceeds from my second collection funded two semi-permanent homes for climate migrants.

“Right now, I’m styling people again and doing contract teaching here and there, but my main focus is my design business. I never planned to be a full-fledged designer, but dipping my feet into this world during a challenging time made me realize how much I love it. My clothes resonate with people. In November, I launched my third collection: Working Class Heroes Part Two, with updated colours and silhouettes. I want to take Tuff Bandit to the next level, including a couture wing that will mass-produce the Sandy Suit. I’m hoping to get that going in the summer of 2022.

“Looking back, I think things played out the way they were supposed to. As challenging as this time has been, there were silver linings and lessons at every step. My confidence as a designer has never been higher—I’ve proven to myself that I have ideas people will mess with, and I need to keep moving forward. I’m proud that I moved through the pain and created something beautiful out of nothing.”