These county businesses run out of former sheds, carriage houses and barns

WHAT A twee general store
WHERE 433 Main St., Bloomfield
HOW BIG 240 square feet

Alex Fida first stumbled upon the 1880s-era workers’ cabin turned chicken-plucking shack in Bloomfield that would become the Tuck Shop four years ago—while trespassing. When he later learned that the shack was owned by his then-partner’s parents, Fida bought it and moved it about 30 kilometres down the road, where he poured it a new foundation and turned it into a wee general store. The 14-by-17-foot result is filled with penny candies, artisanal goods and a custom line of apothecary products from the nearby Angeline’s Inn, which he also owns.

The tuck shop got some new merchandise – check it out! #princeedwardcounty #angelinesinn

The Tuck Shop has only one employee: Fida’s grandmother. “She really adds to the ambience,” he says. In 1999, Margaret McFetridge was approaching retirement. She was renting an apartment at Yonge and St. Clair but didn’t want to spend her twilight years in midtown Toronto. So she bought an old farmhouse in Wellington, with a rickety carriage house on the back lot. In 2006, she tore down the walls and ceiling, and had the 100-year-old elm planks whitewashed to create what she calls a “very feminine space.” Now, the old carriage house is a private art gallery filled with her big, bright, floral canvases—all available for purchase. WHAT A restaurant and cidery
WHERE 657 Bonguards Crossroad, Waupoos
HOW BIG 6,000 square feet for two barns

When the Howes family bought their Waupoos farm in 1975, two of the barns were used for livestock and feed. Now, the buildings are the headquarters of the award-winning County Cider. Grant Howes—who currently heads the company—renovated the first barn in 1998, turning it into a full-service restaurant. This year, the company added a retail store and tasting room to the ground floor of the 5,000-square-foot second barn building.

Hmpf. Wish I could go cider tasting with these lovelies like last week again tomorrow 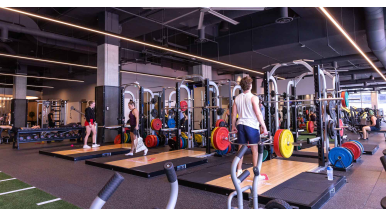 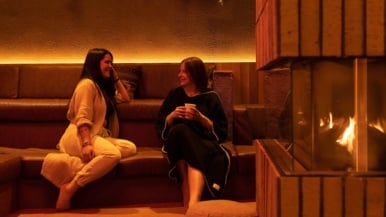