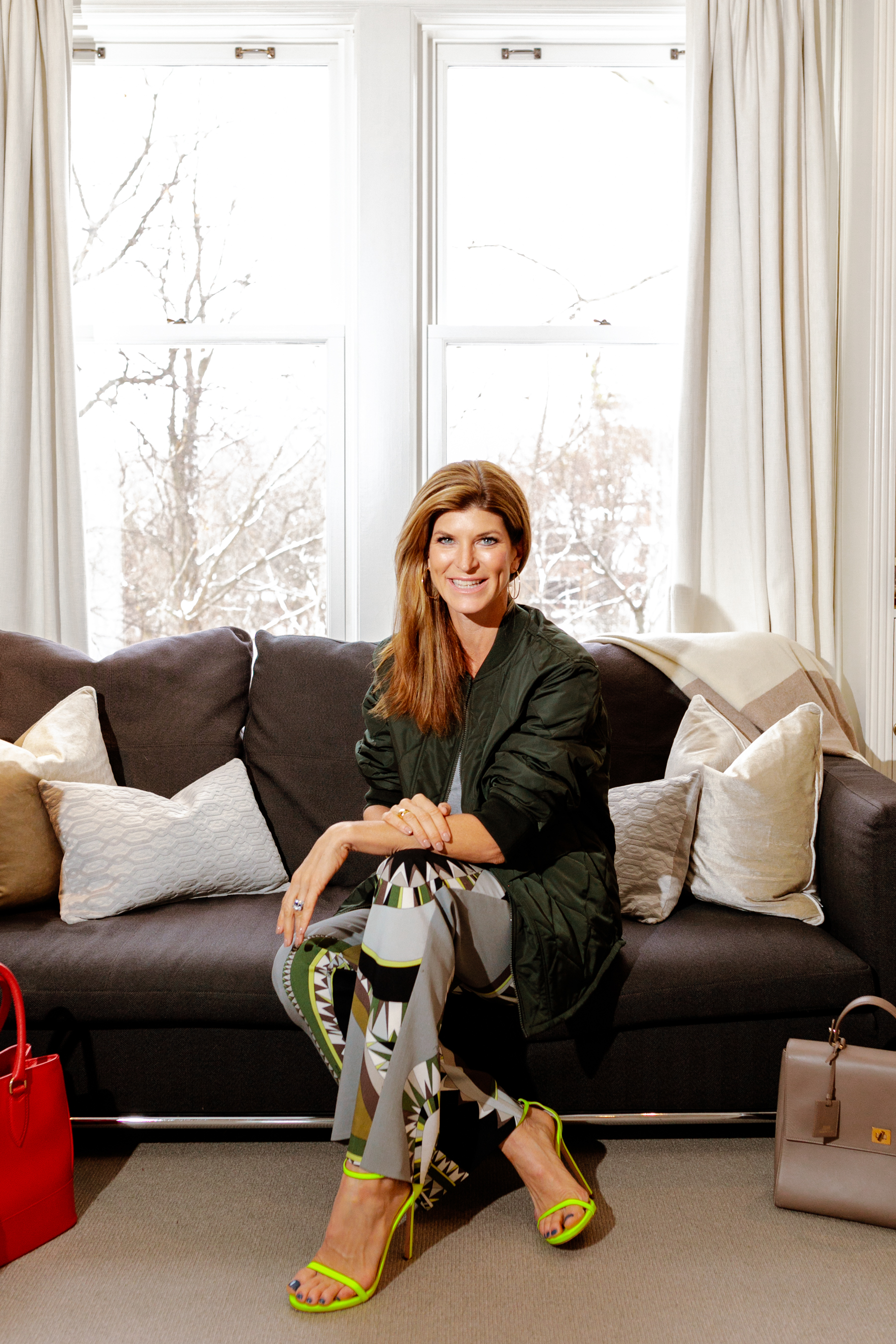 Six years ago, Suzanne Cohon, principal at ASC Public Relations, moved into a 1950s Rosedale mansion with her husband Mark, chairman of the Canadian Academy of Recording Arts and Sciences, and their 13-year-old daughter. A native New Yorker who was used to crammed apartments, Cohon was thrilled to finally have a large walk-in closet where she can comfortably store her black-tie gowns and sizeable stiletto collection. “In New York, it was like packing into a subway car at rush hour,” she says of her former closet spaces. “You’d close the door and hope nothing would explode out of it.”

Her closet doubles as a cozy sitting room, with a sofa, built-in shelving and multiple display areas for her designer goods. When she and her husband are getting ready, her daughter will often come in to hang out, chat about her day and hear about what they’re up to that evening. Most mornings, she’s up and out the door in 20 minutes, but for nights out, Cohon loves to get creative, piling on fun accessories to accent one of her many cocktail dresses.

Here’s what the space looks like when you walk in. There are smaller rooms off the main dressing area for additional storage: 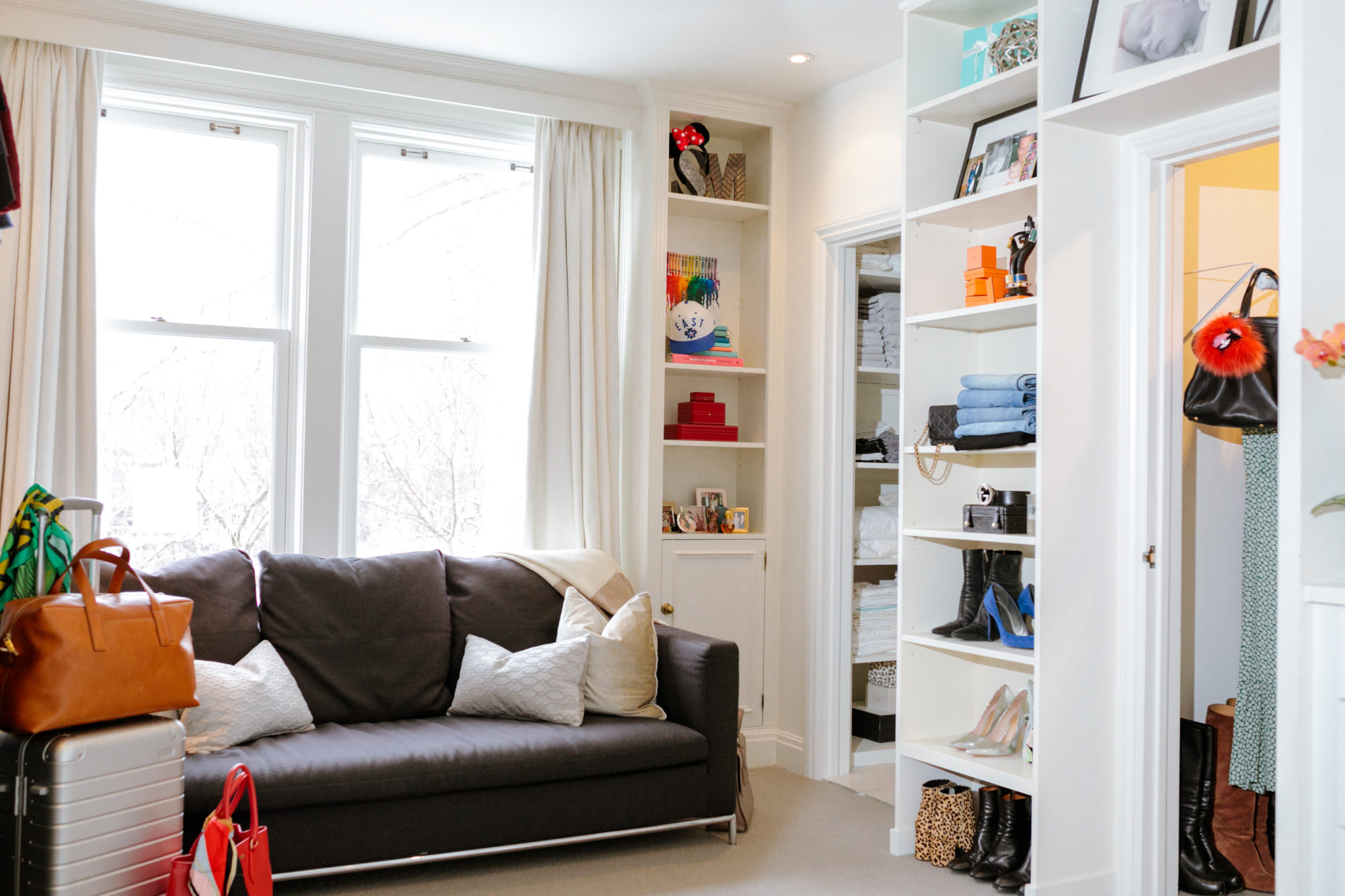 Here are the hanging racks. Her husband gets the left half, and she gets the right (though she also has the entire second closet): 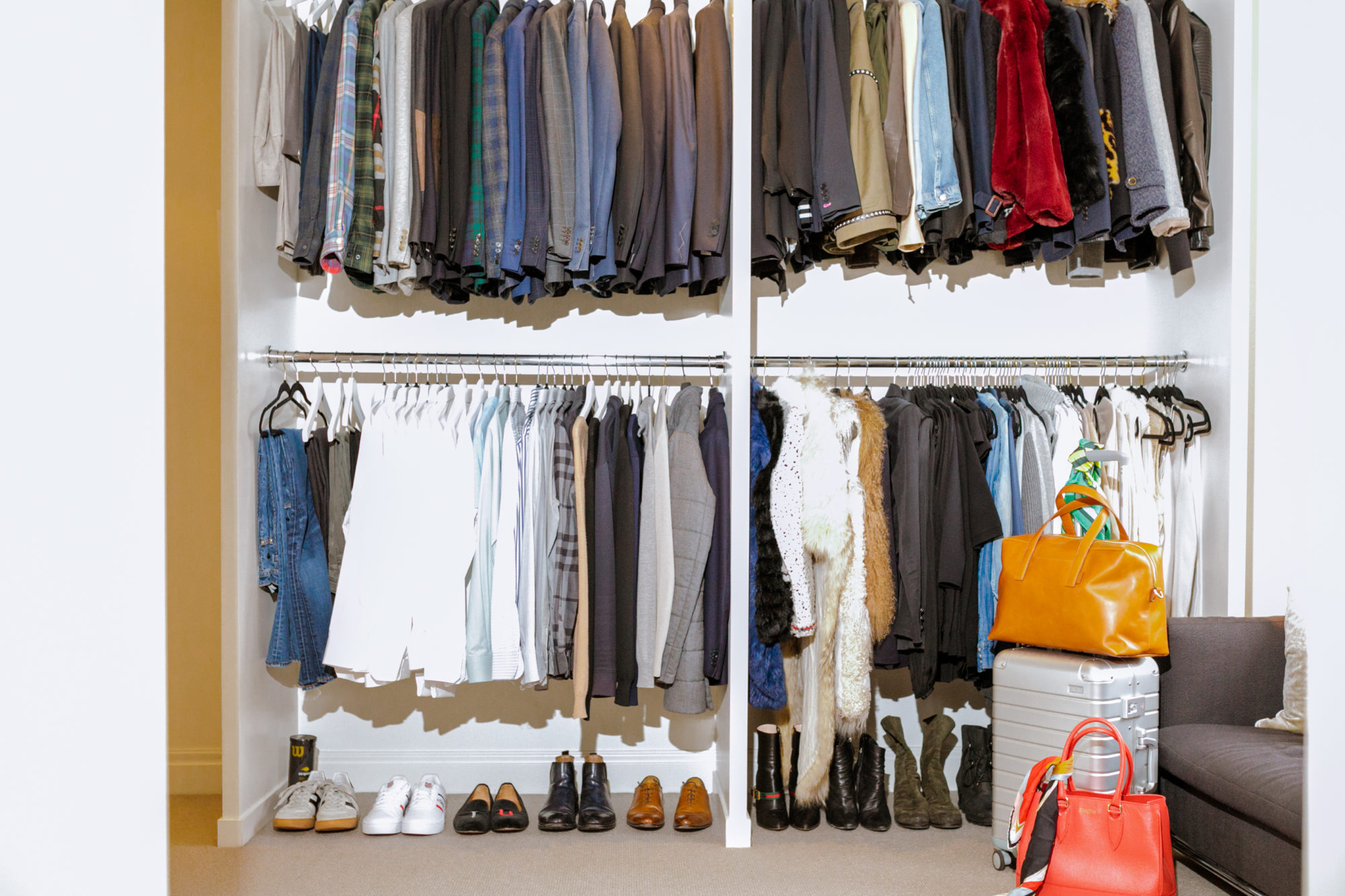 Cohon’s sister designed the blue gown, which Suzanne wore when she and Mark threw the first Innovator’s Ball at the Science Centre. The painting on the right is a portrait of their daughter, a gift from Mark’s parents, and the framed article on the left is a National Post feature on their wedding: 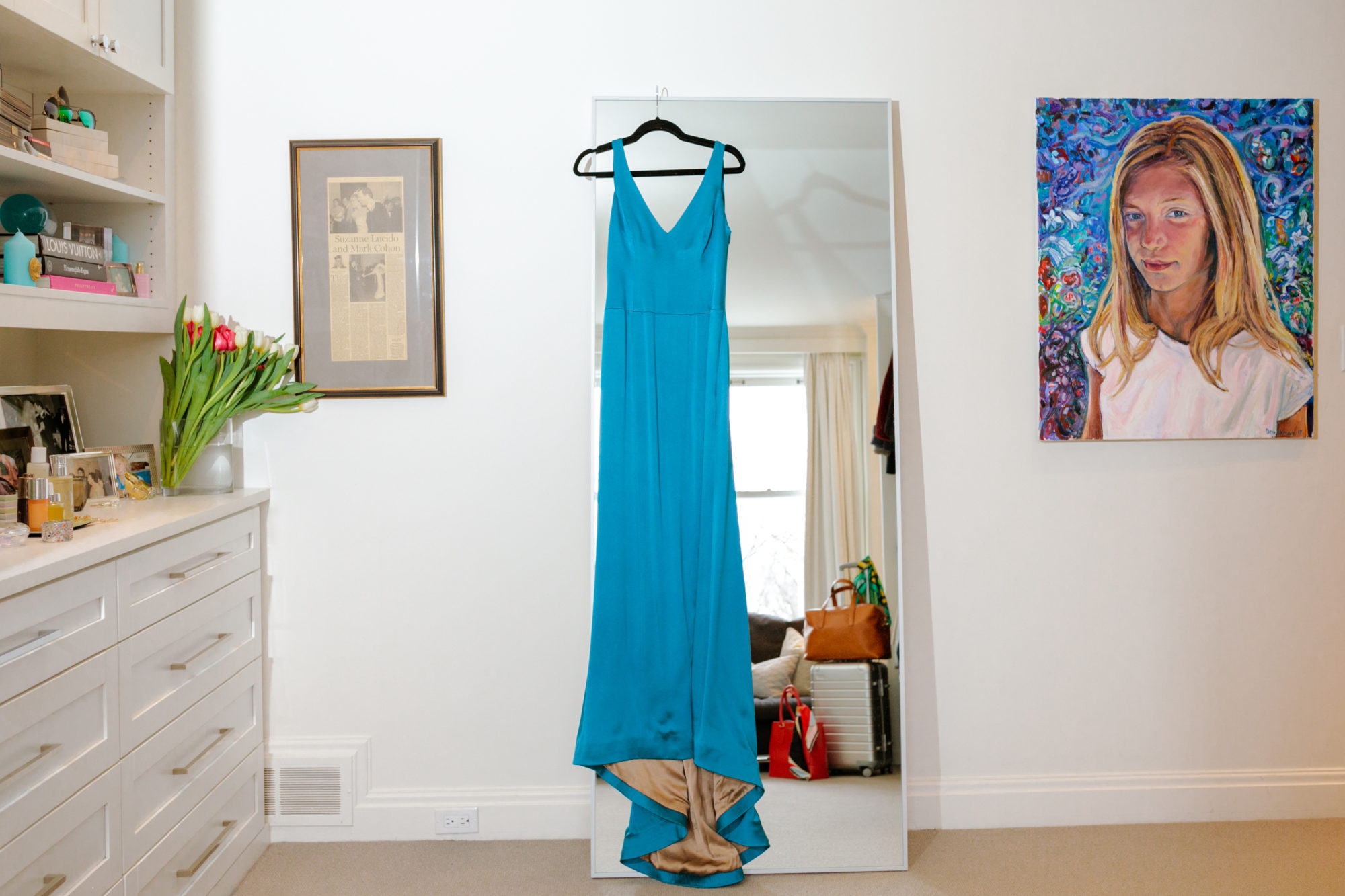 Her company has done work for Burberry, and they usually let her shop sale pieces before the public. This faux fur jacket was one such find: 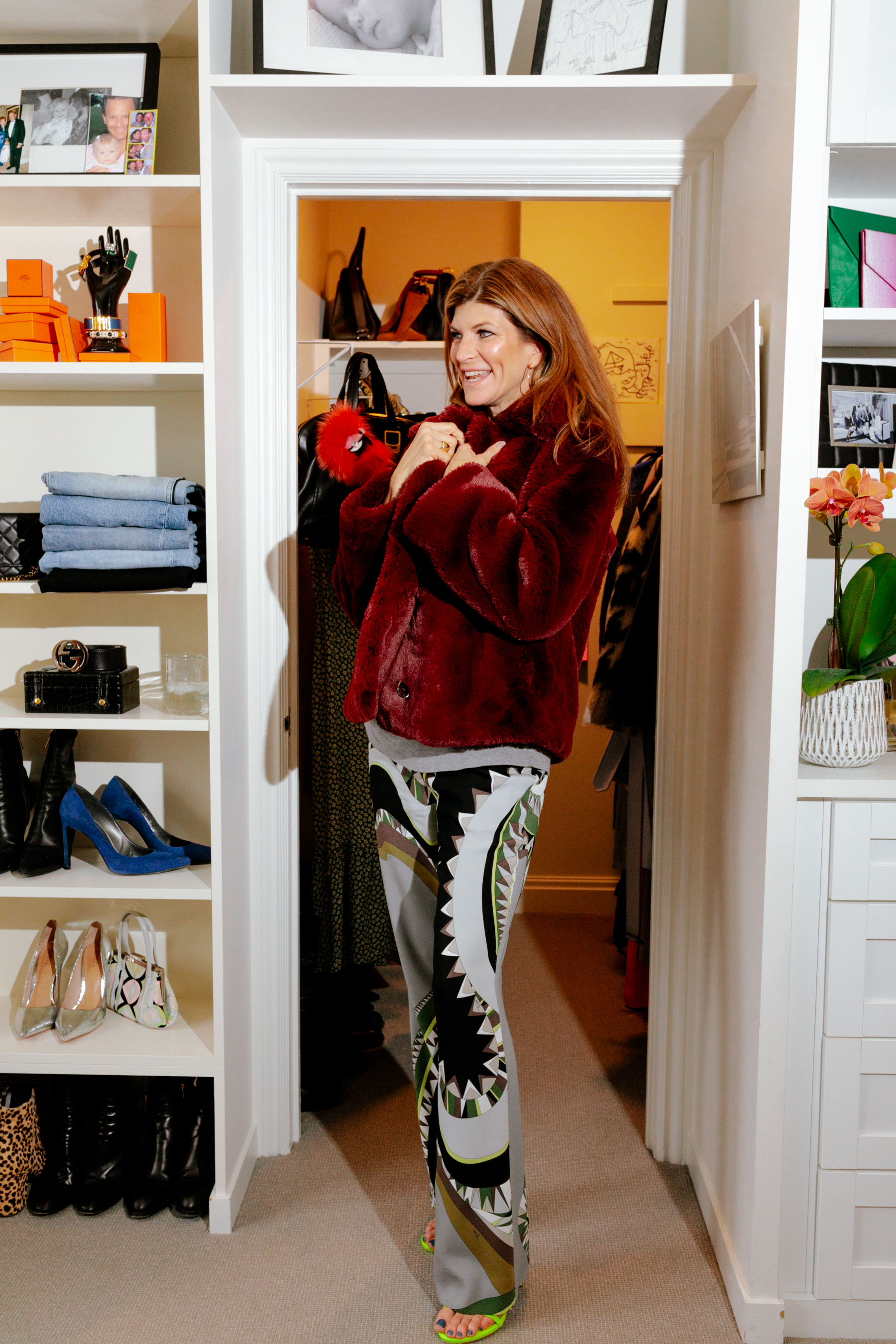 Every Mother’s Day, Mark gives her a new Hermès cuff: 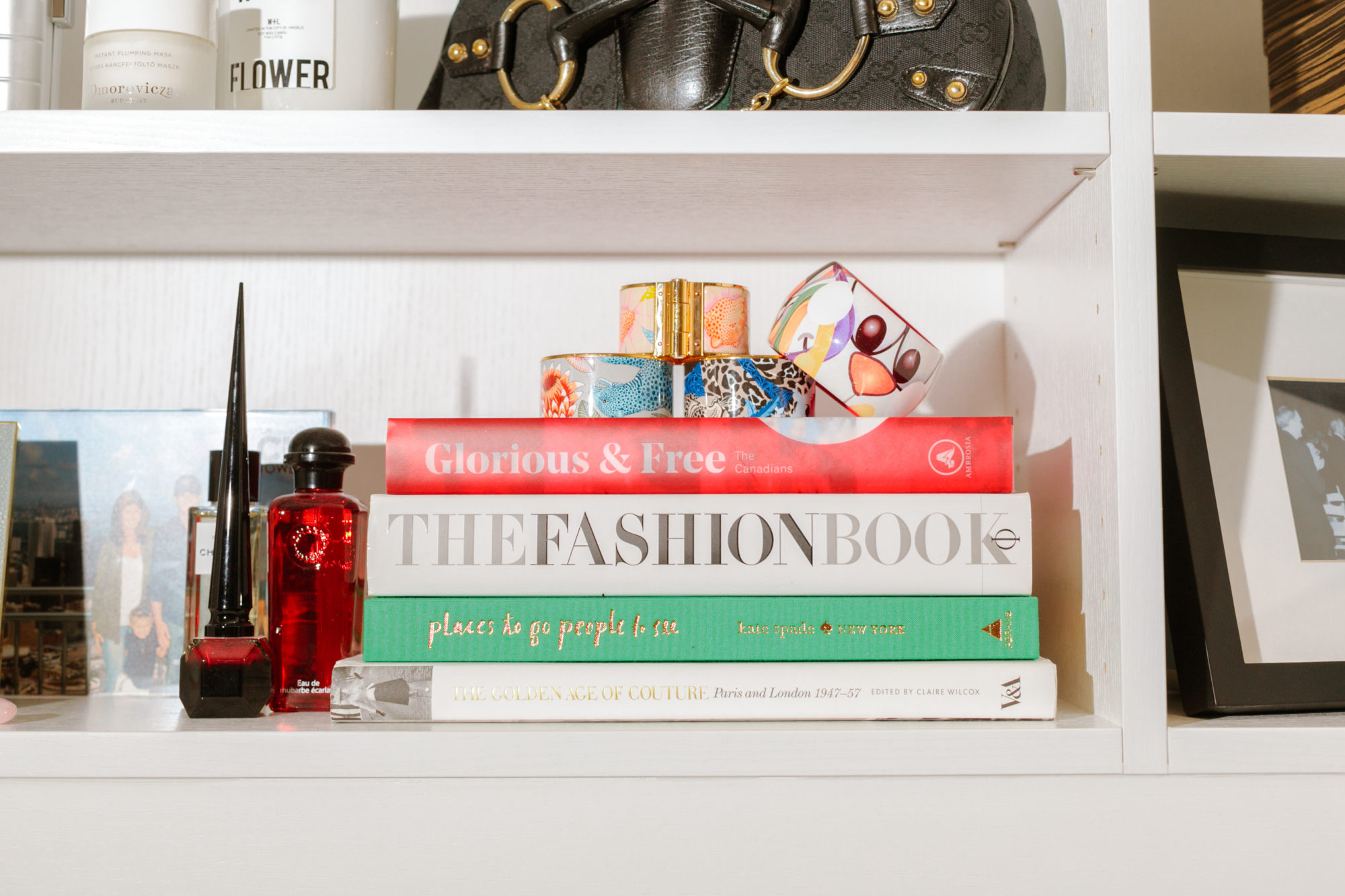 Cohon likes to keep her accessories interspersed around books and trinkets rather than in a drawer, so she’s reminded to wear them while getting ready: 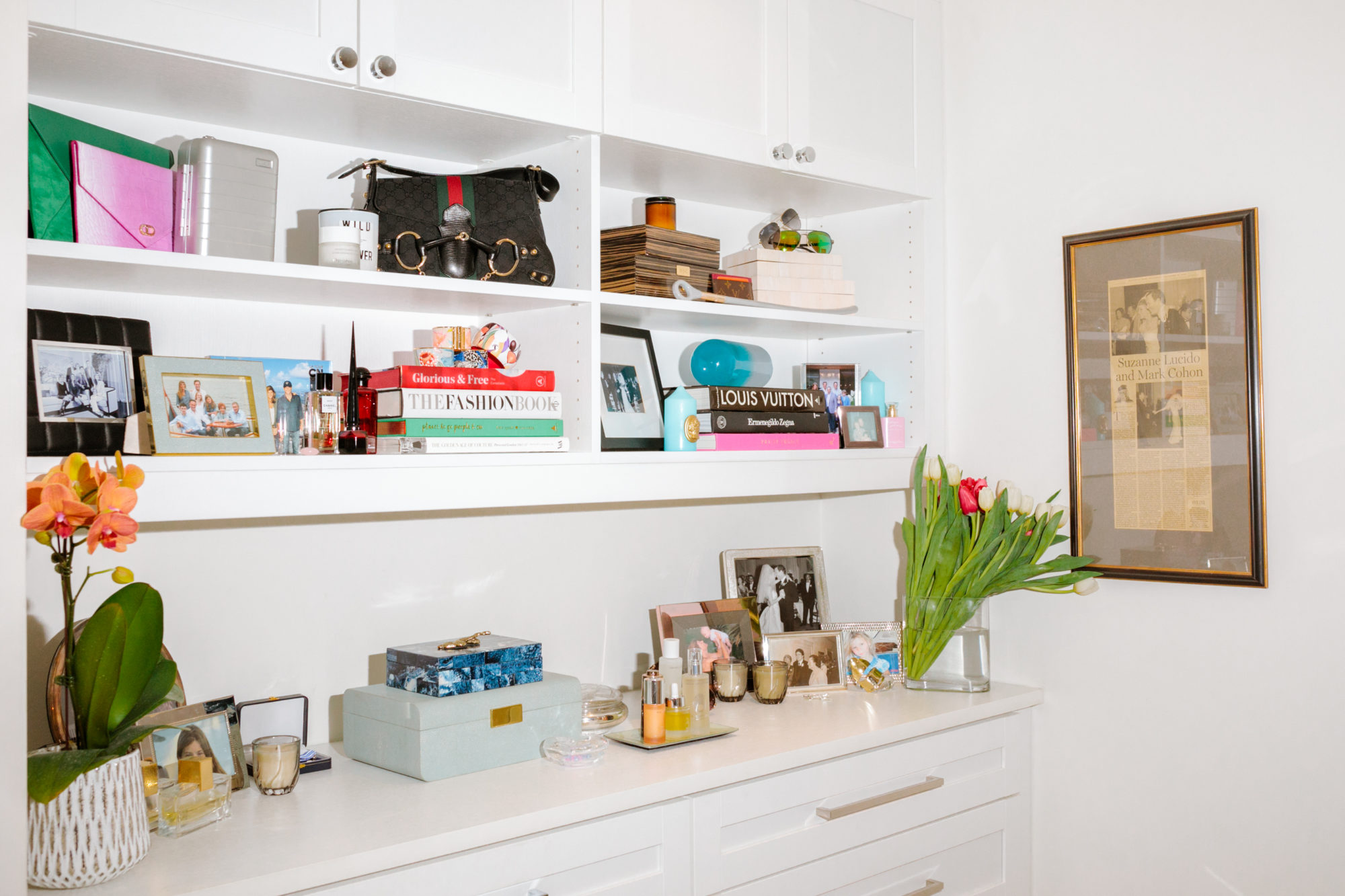 She has 130 pairs of shoes. “It sounds ridiculous, but I always make sure there’s some longevity to them, and I take them all to the shoemaker regularly.” The Post-It notes are messages from her daughter: 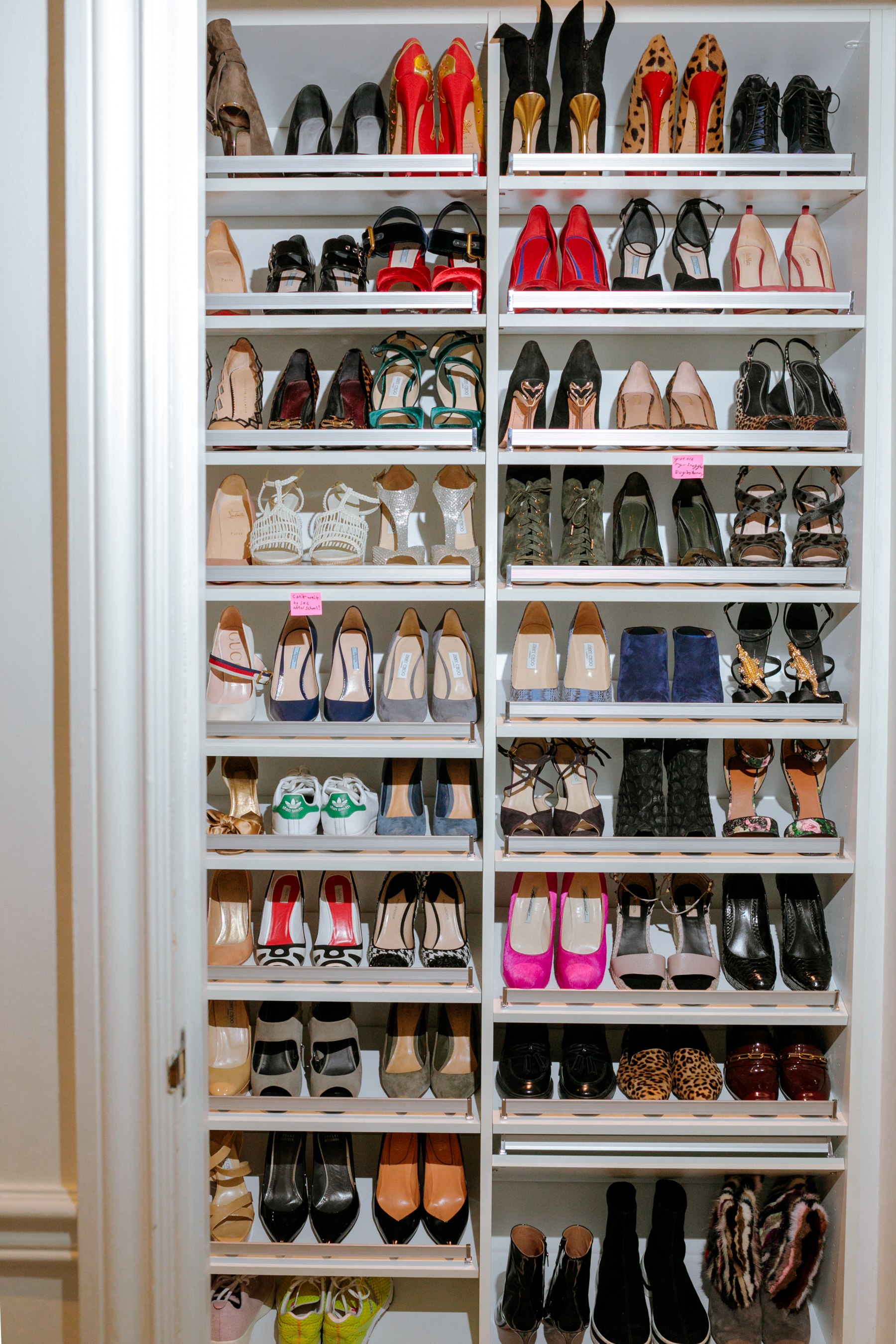 She’s had this Giuseppe Zanotti pair for about seven years, and love how the gold crocodile moves when she wears them: 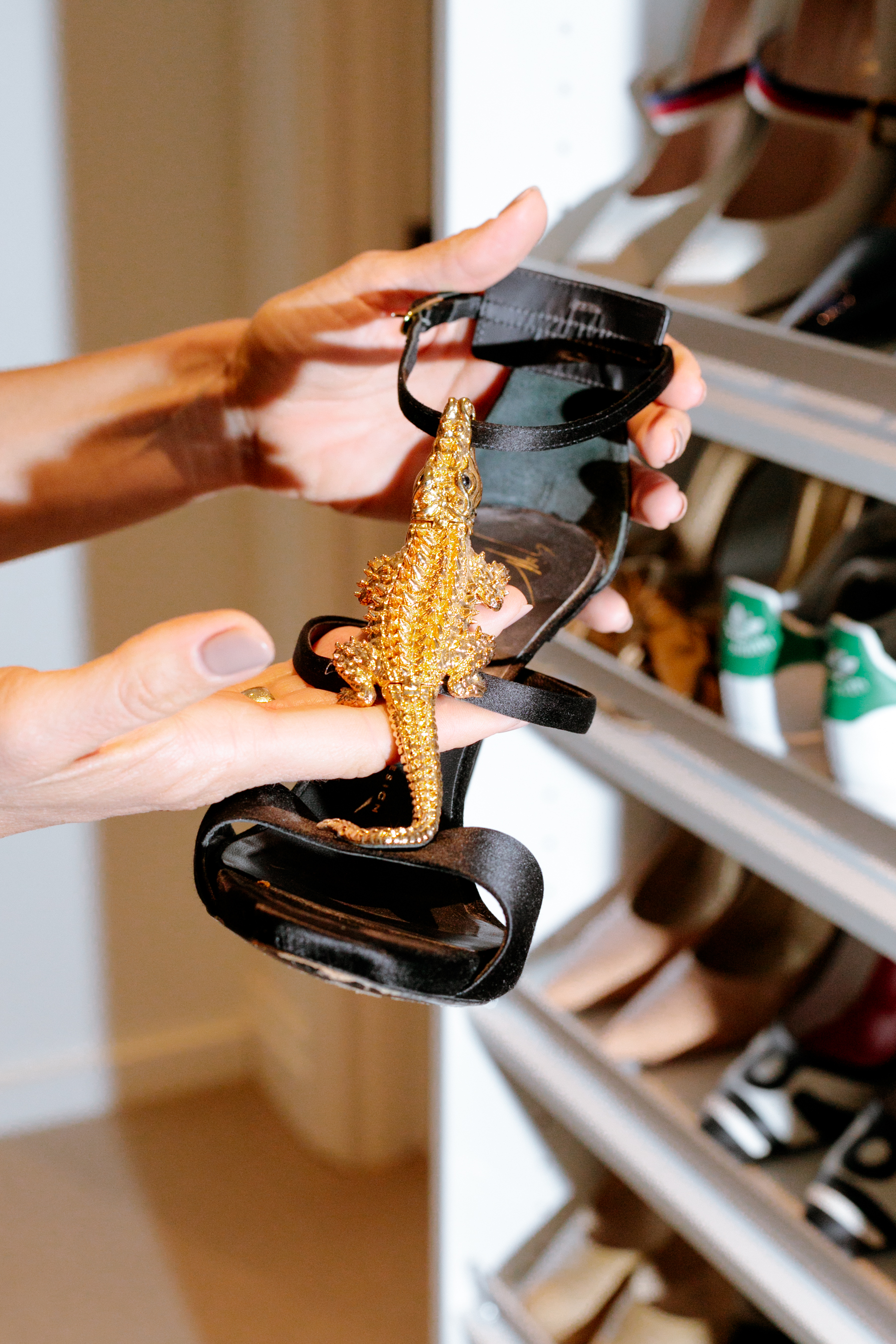 She’s saving the vintage Pucci on the left for her daughter. She wore the Alex Perry dress in the middle to her daughter’s bat mitzvah. The blue Alexander McQueen gown is one of her favourites. “The only downsize is it has zero give,” she says: 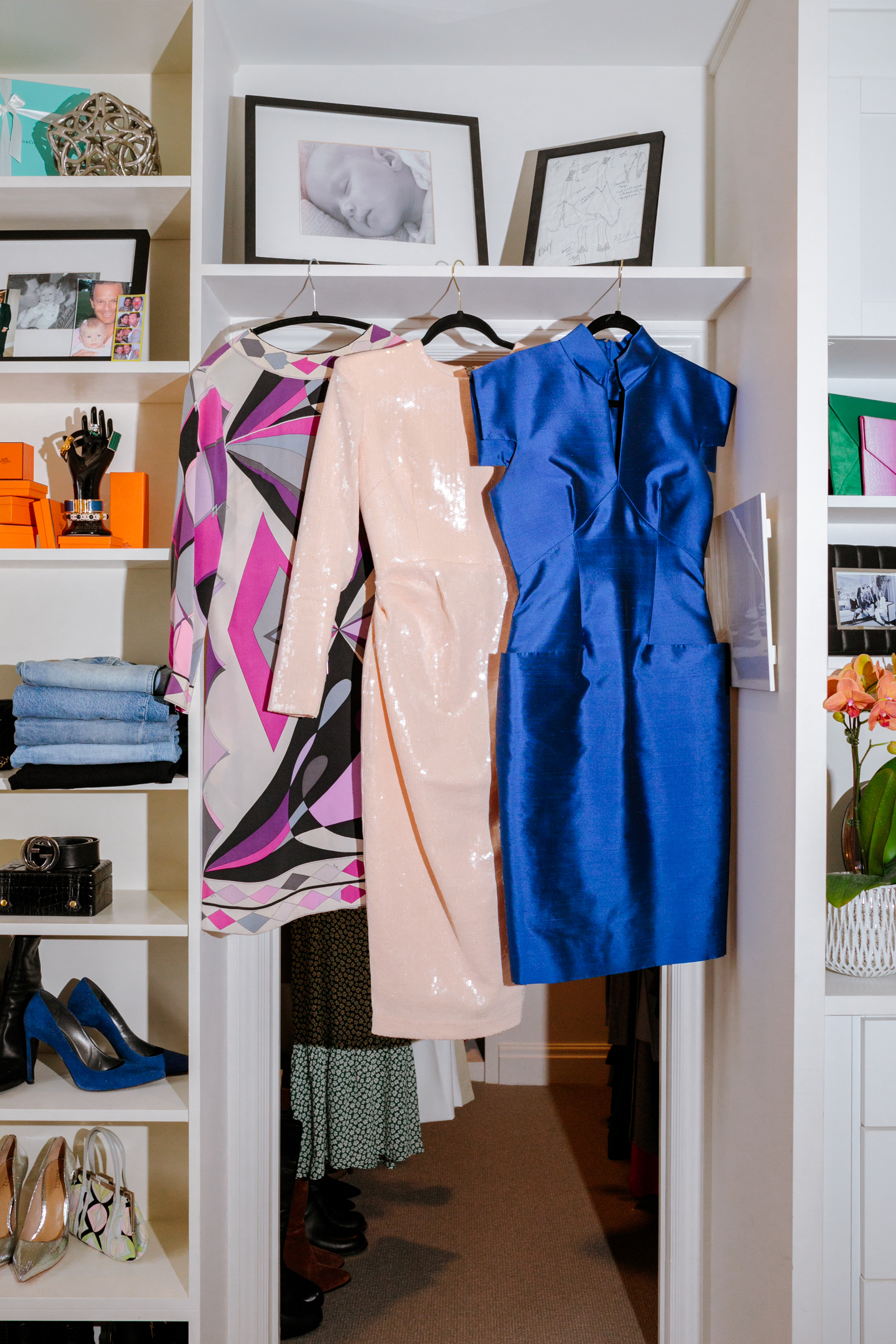 She’s had this $30 Gap bomber for years, and wears it all the time: 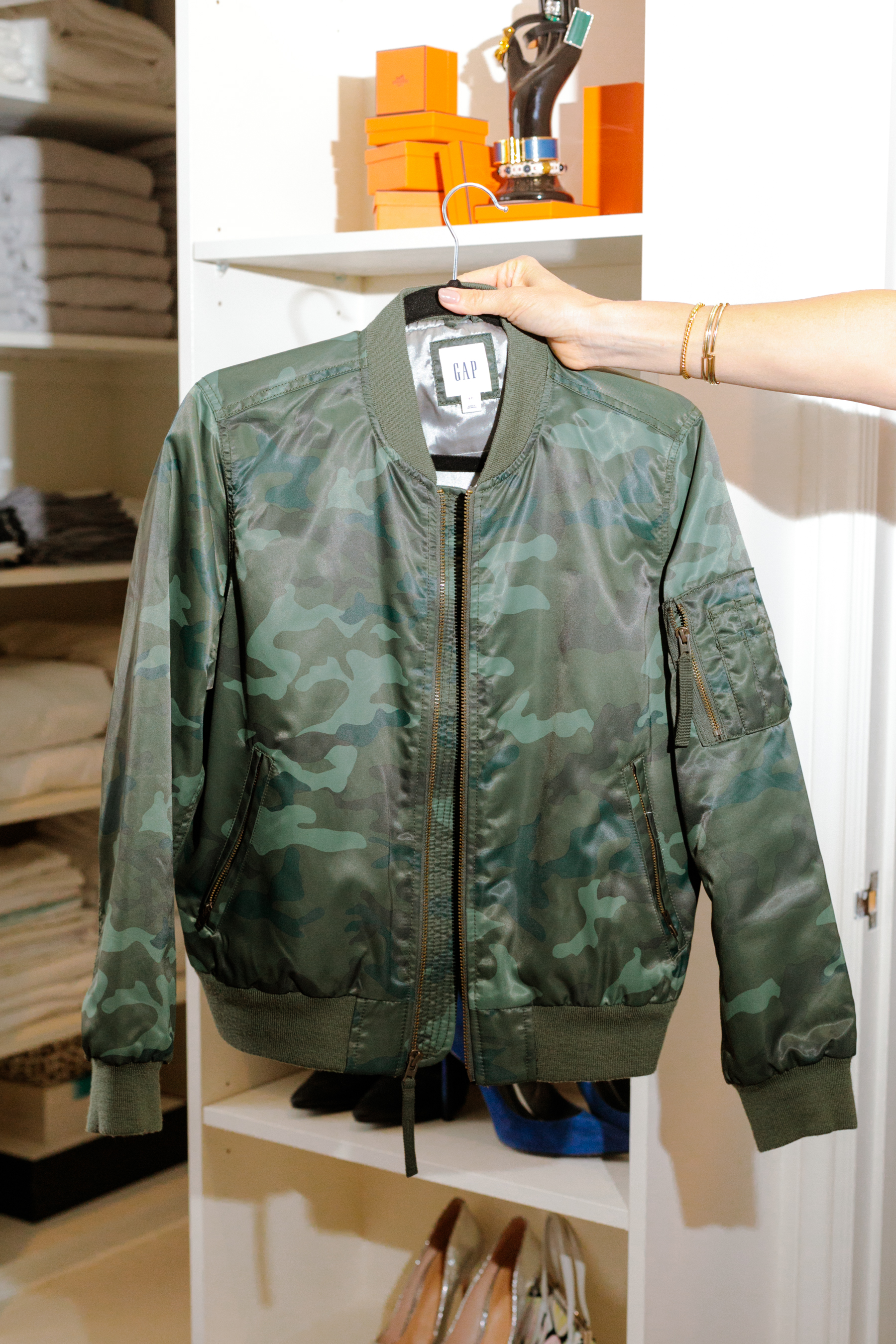 Her most treasured item in the closet is a Royal de Versailles cuff. It was a gift from Mark for her 40th birthday: 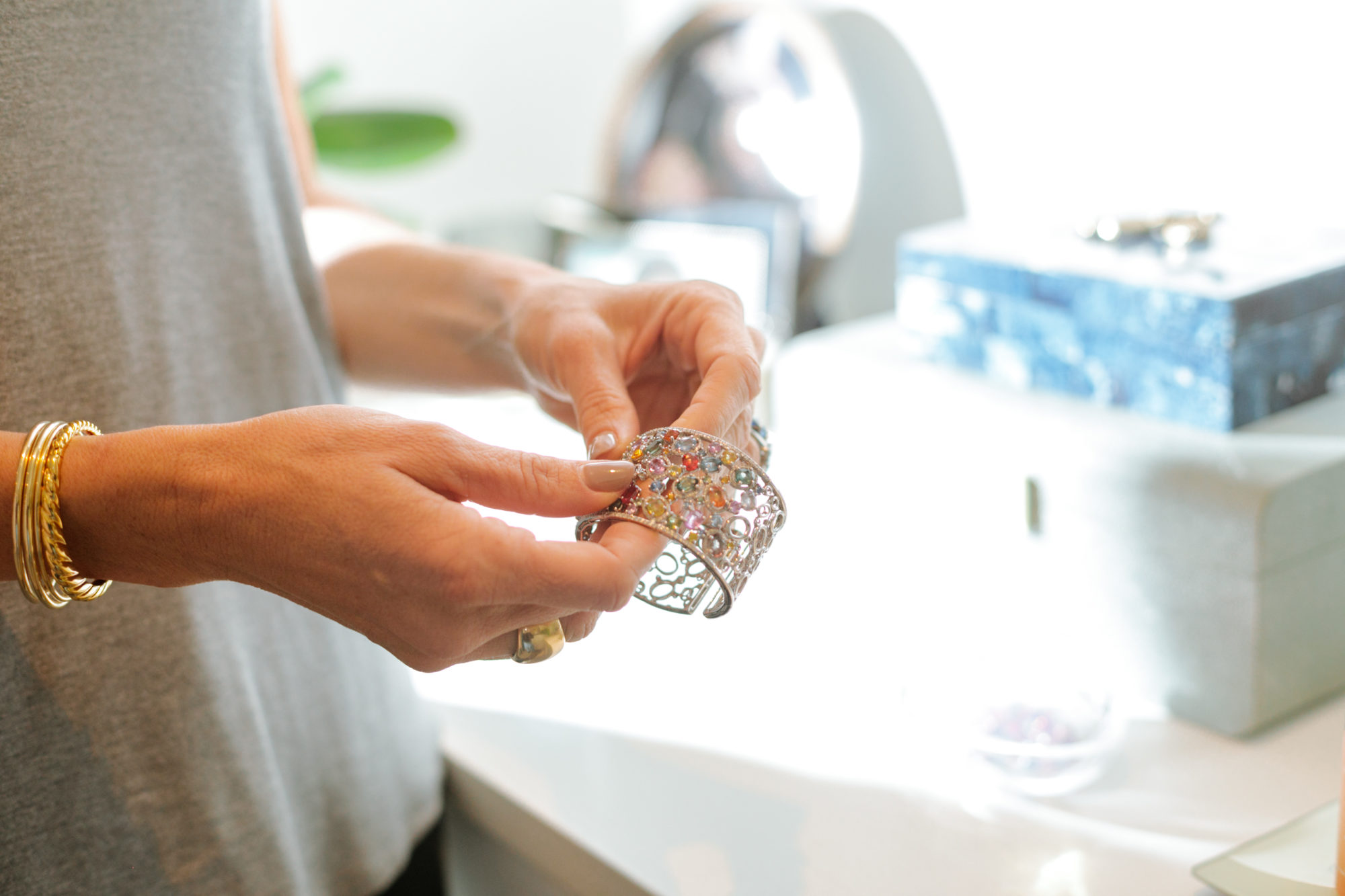 For their 10th anniversary, he got her these Royal de Versailles earrings: 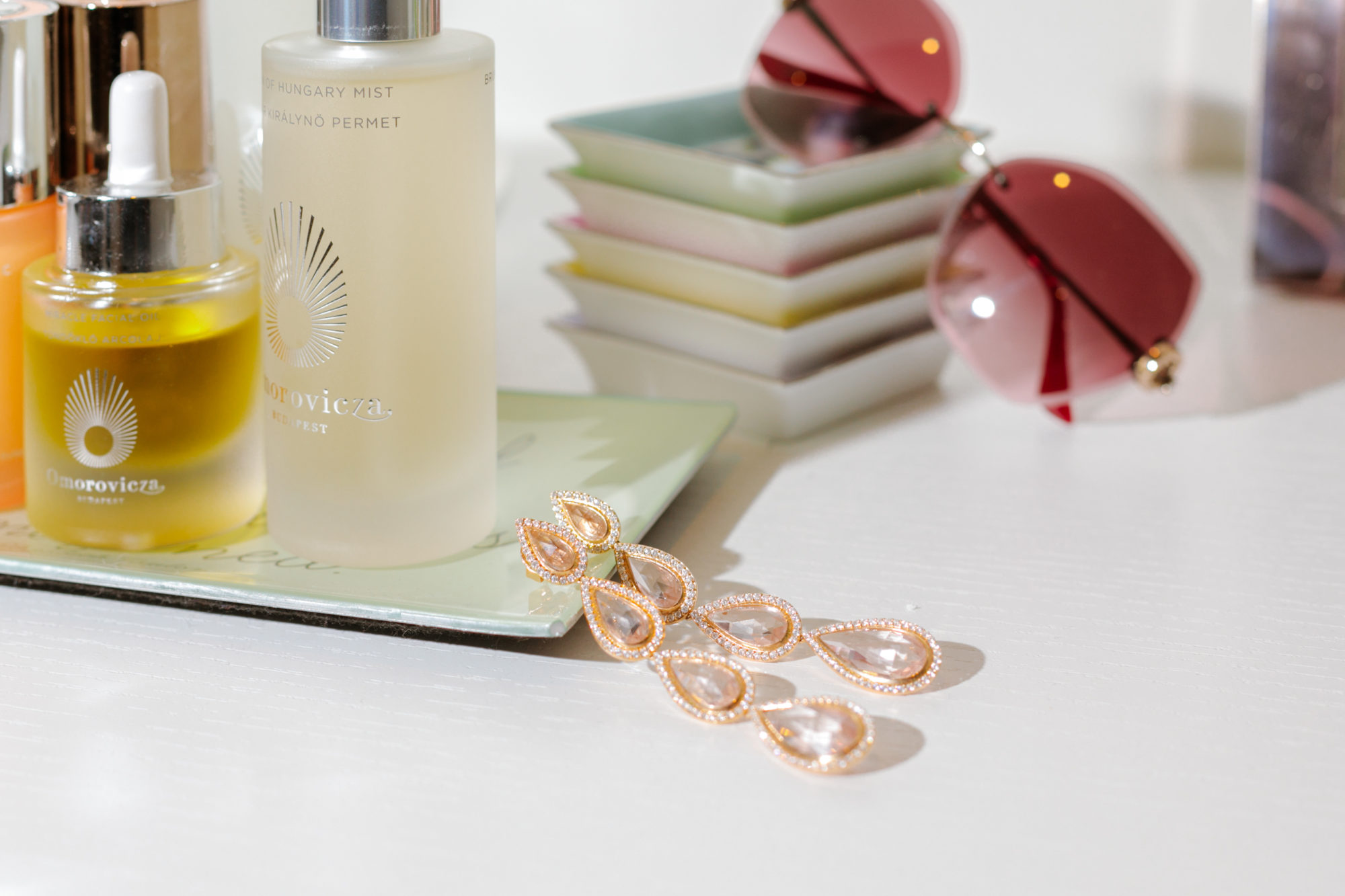 Cohon’s second closet area holds her longer gala dresses including ones from Nina Ricci and Roberto Cavalli, and jumpsuits from Balmain and Giambattista Valli: 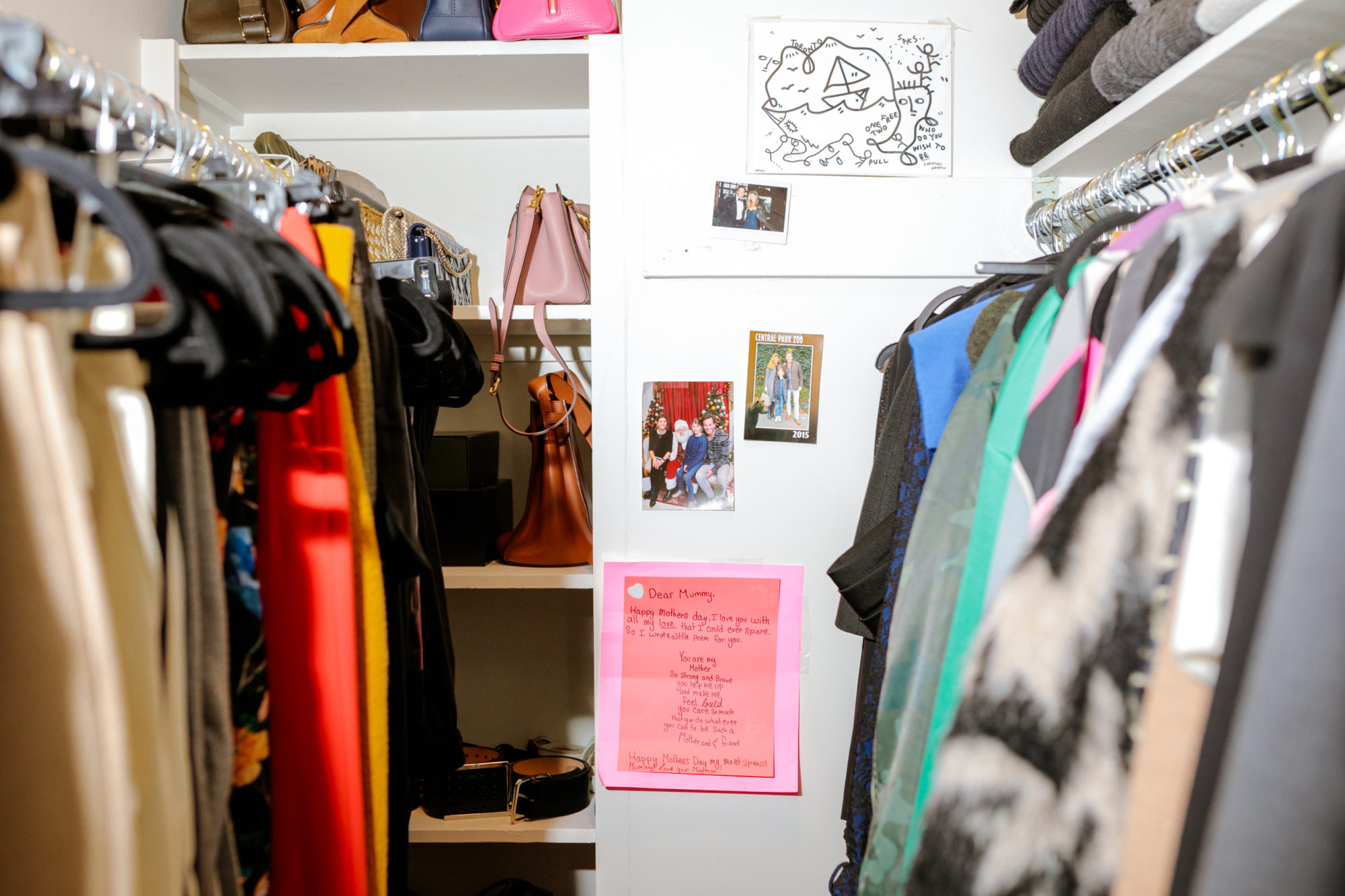 About 15 years ago, she was chairing the Power Plant’s annual Powerball. Each committee member teamed up with a Canadian designer to create a look based on one of the seven deadly sins. She was paired with her friend Paul Hardy, who drew up a sketch inspired by envy. When he threw it out at the end of her meeting, she fetched it from the trash and had it framed: 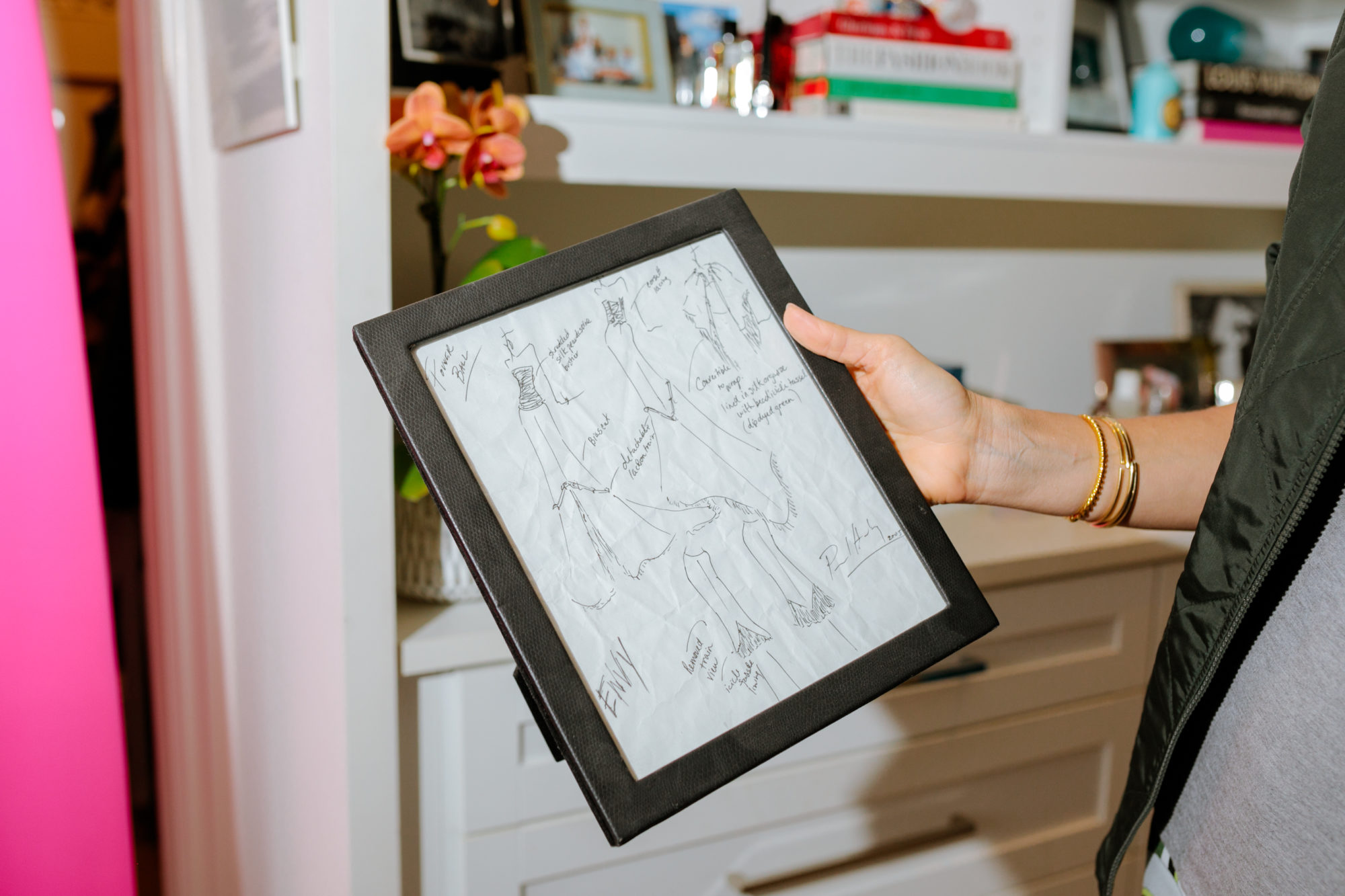 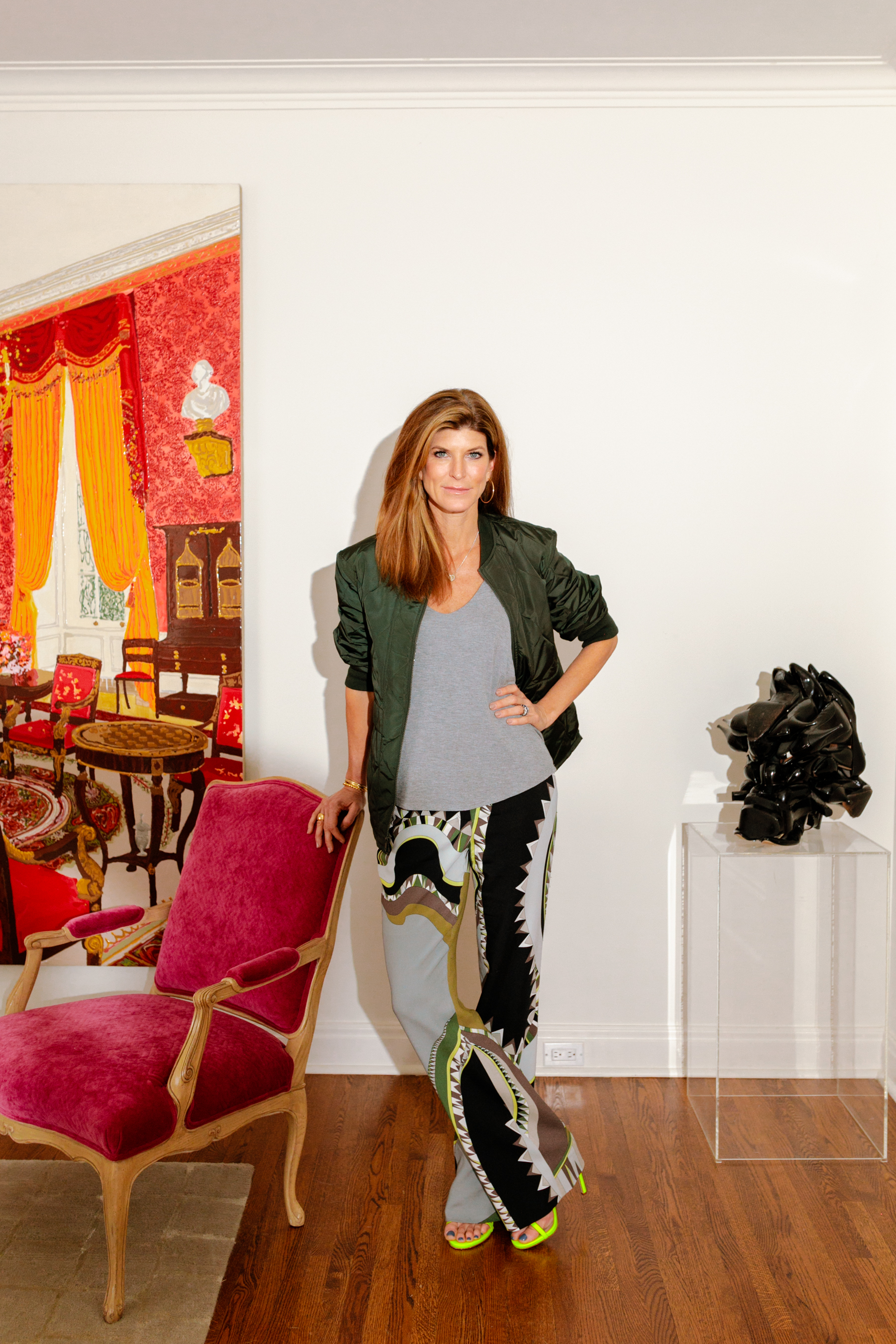