The Interior Design Show is back at the Metro Toronto Convention Centre this weekend, filling the North building with the latest and greatest wares from hundreds of local and international architects, designers and makers. For anyone craving their annual dose of decor inspiration, it’s basically an IRL Pinterest board. This year, visitors can expect all sorts of practical space-saving solutions, innovative inventions and over-the-top installations that will probably never make their way into an actual house (but hey, they’re fun to ogle). Here’s what we liked the most:

This year, Caesarstone collaborated with NYC-based design firm Snarkitecture on a trio of re-imagined kitchen islands. For each, large blocks of Caesarstone were cut away to create natural-looking formations around changing states of water—the most basic element of cooking. This one has an icy sphere in the middle, which will gradually melt throughout the course of the show: 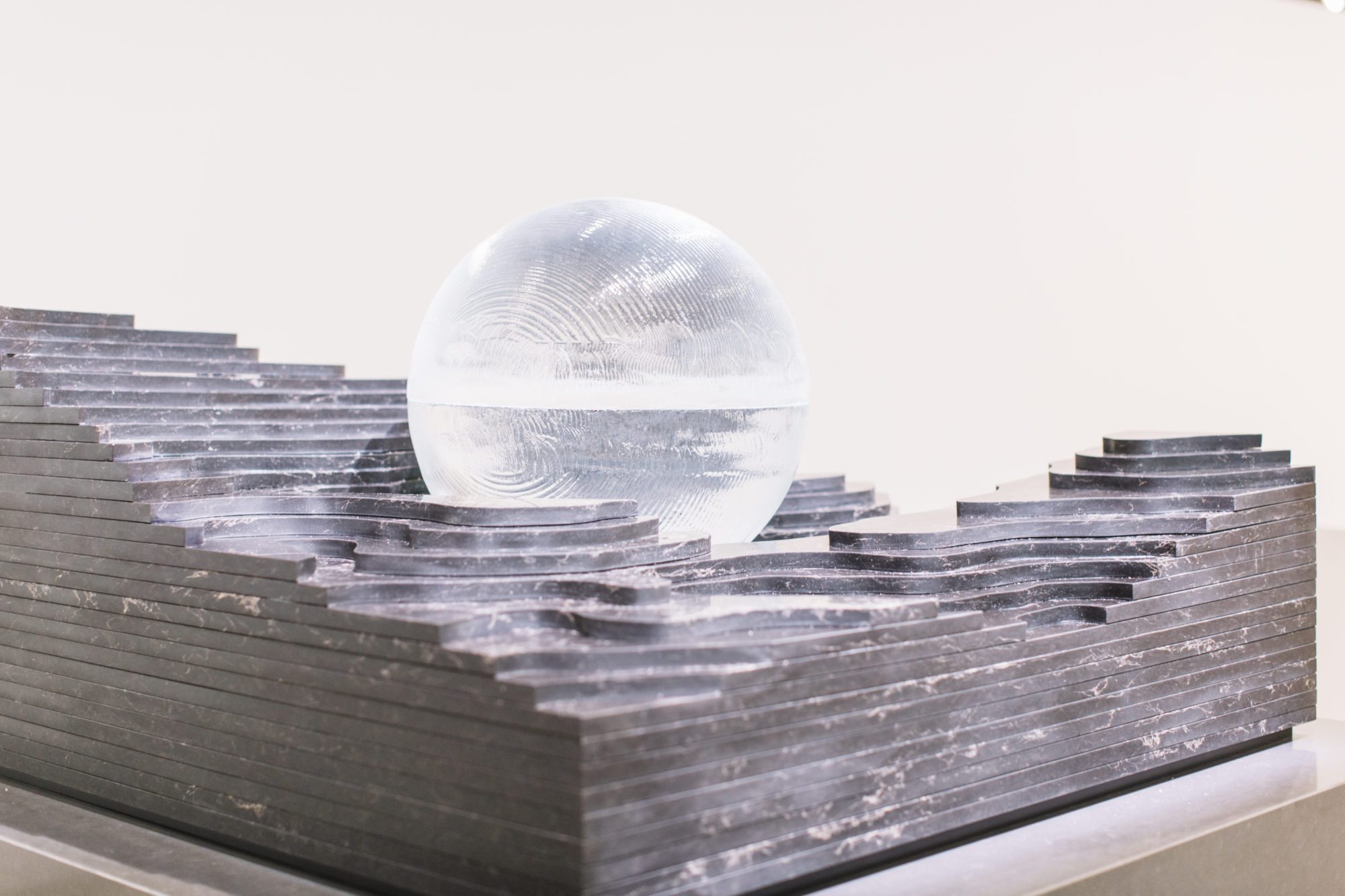 EQ3’s booth has some very pretty, Japanese-inspired floral arrangements, proving that it doesn’t take serious cash to make your home Instagrammable. Unlike some of the show’s other items, these ones can be easily purchased online: 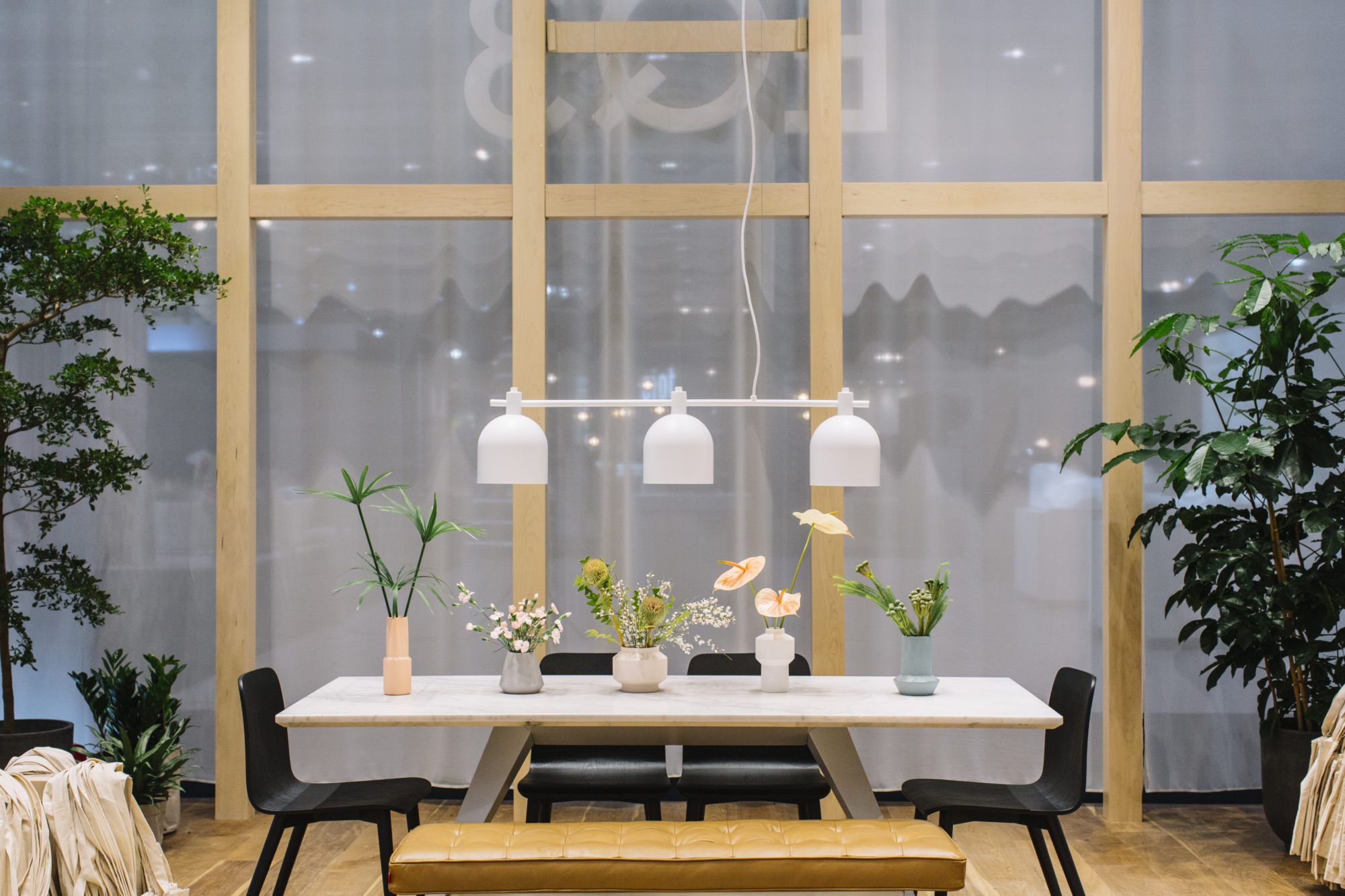 New York design firm Pelle combines art and engineering to create eye-catching furniture and light fixtures. Their bubble chandelier, which comes in a dozen shapes and sizes, is a best-seller (and retails in the States for $6,900): 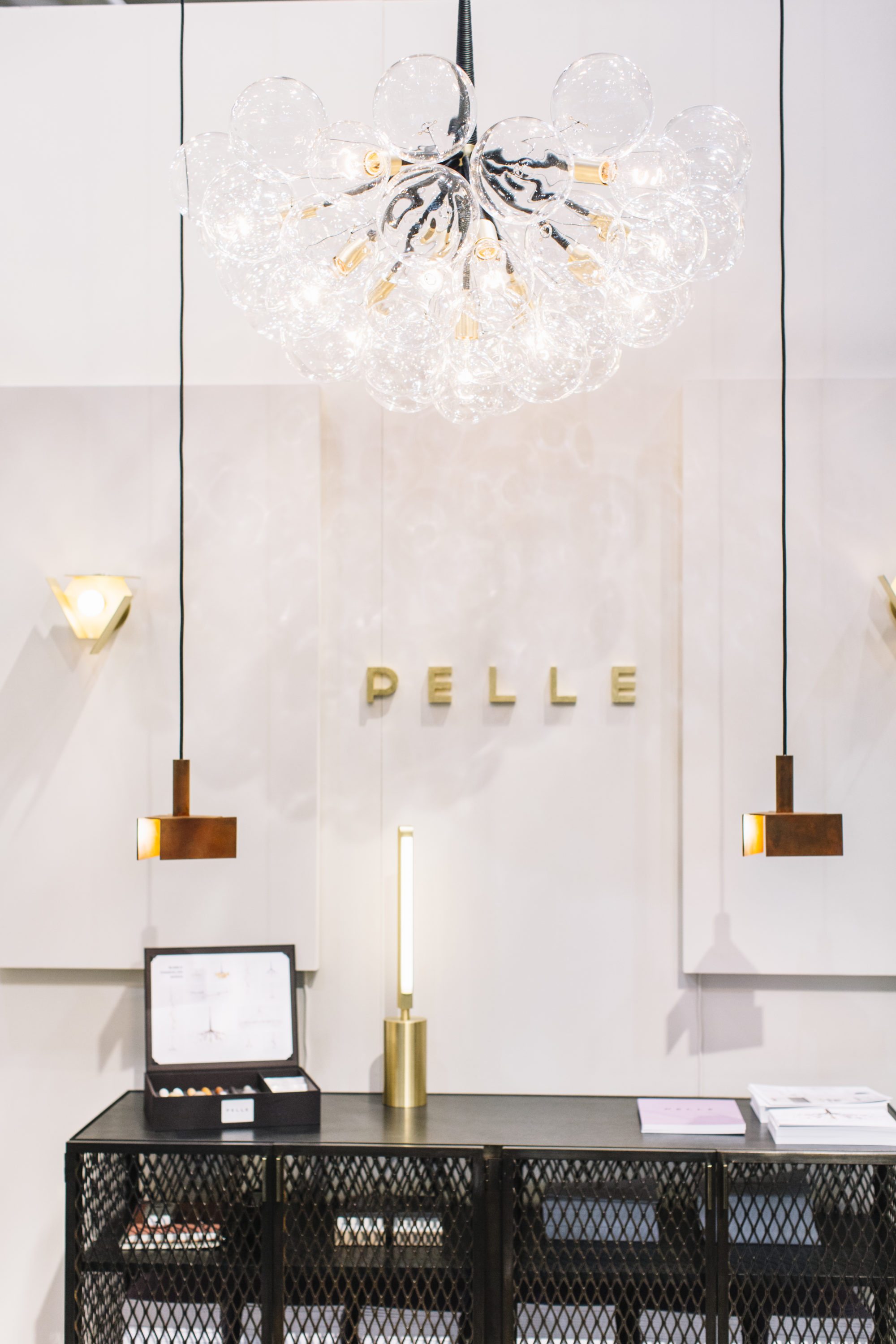 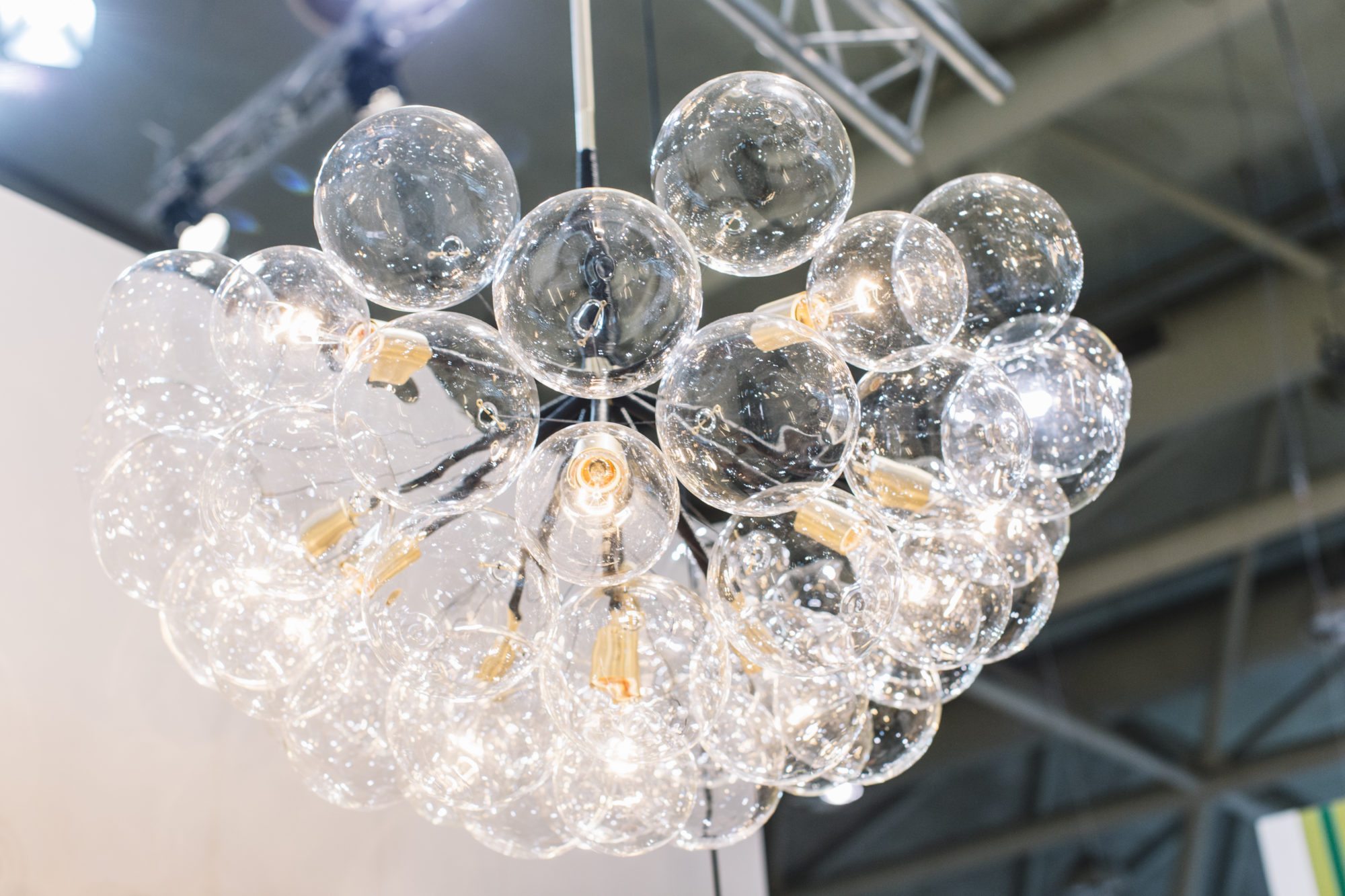 Here’s another cool light fixture, this time from Halifax-based Luxi Studioworks Inc. It’s called the Lubach, after a Scottish-Gaelic term that refers to the concept of meandering, twisting and winding: 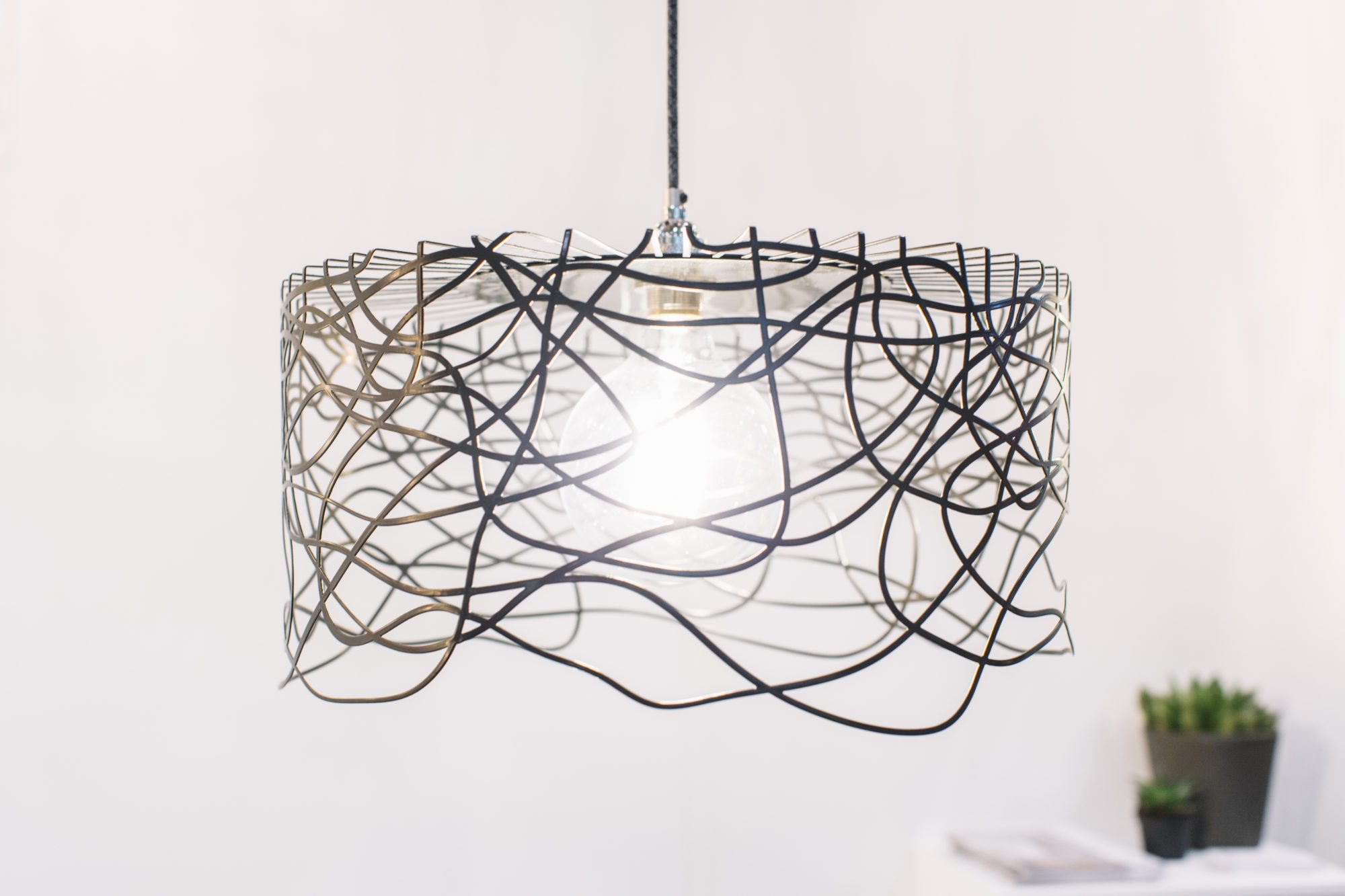 Toronto company Objects and Ideas is displaying their award-winning Wye Rocker, which was inspired by the gentle curves of the Wye Marsh in southern Ontario. It’s made from solid wood and is also currently on display at the CIBC building: 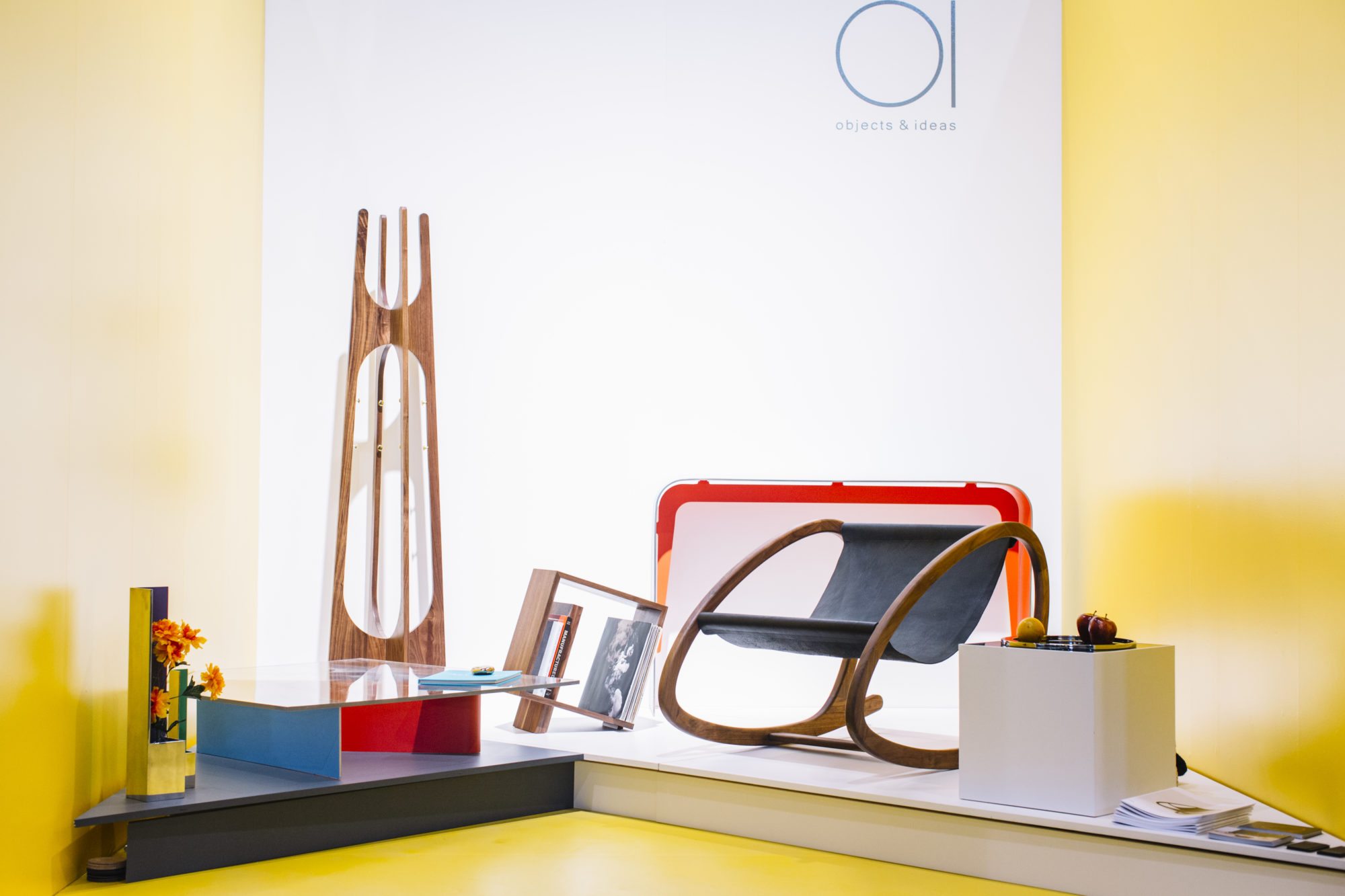 This custom wool lounge chair is from NYC design studio Durodeco, and is called the Purl after the hand-weaving technique used on the mustard-yellow seat. The glass legs are acid-etched and the frame, which doubles as a loom when it’s being made, is made of ash wood. It retails for $5,475: 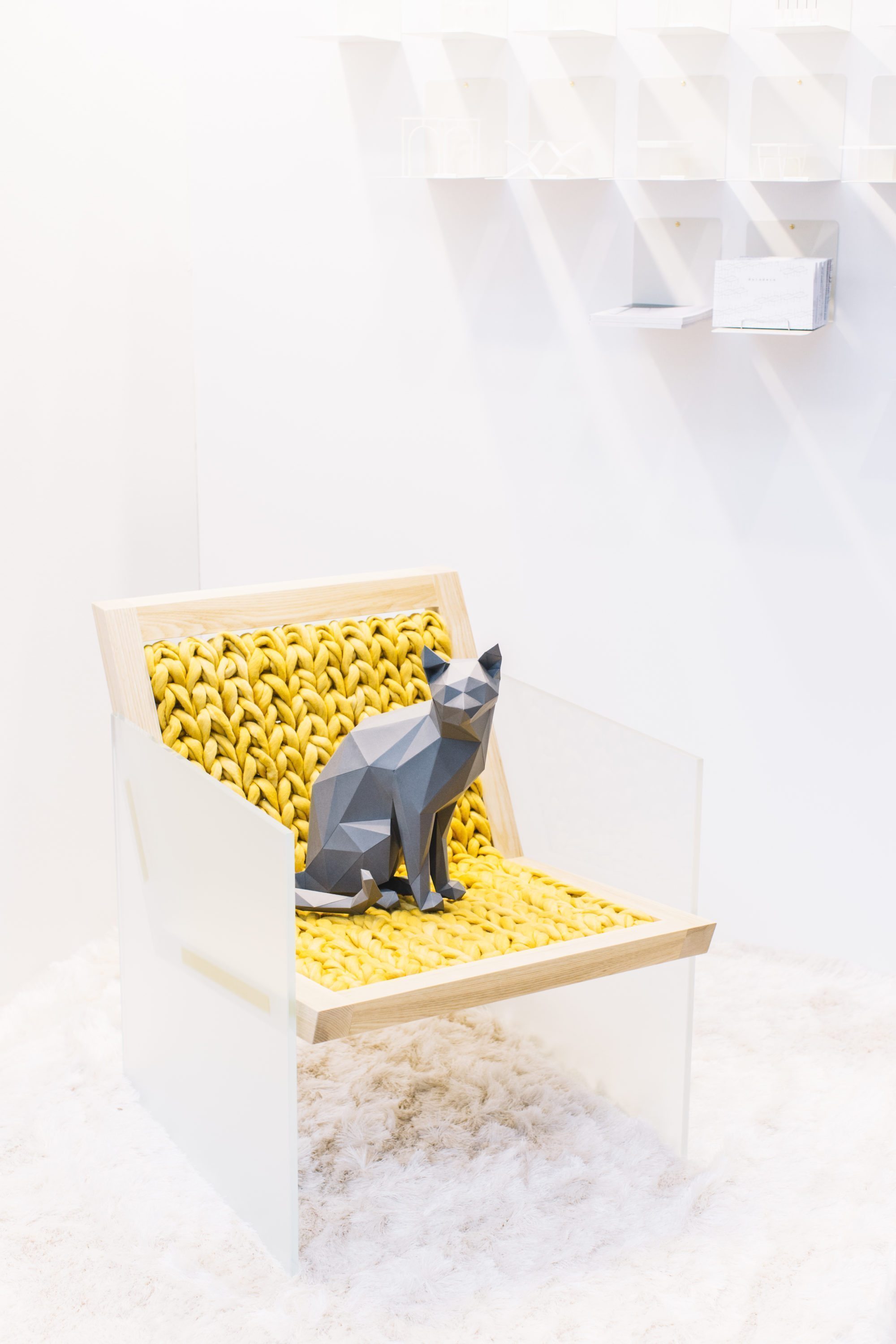 IDS worked with Toronto agency Rollout to create the show’s lounge areas—dubbed “non-common spaces”. This area will be the café, and the modular seating areas, which can be reconfigured, are meant to encourage conversations (another space had giant hot pink balloons on the show’s opening night): 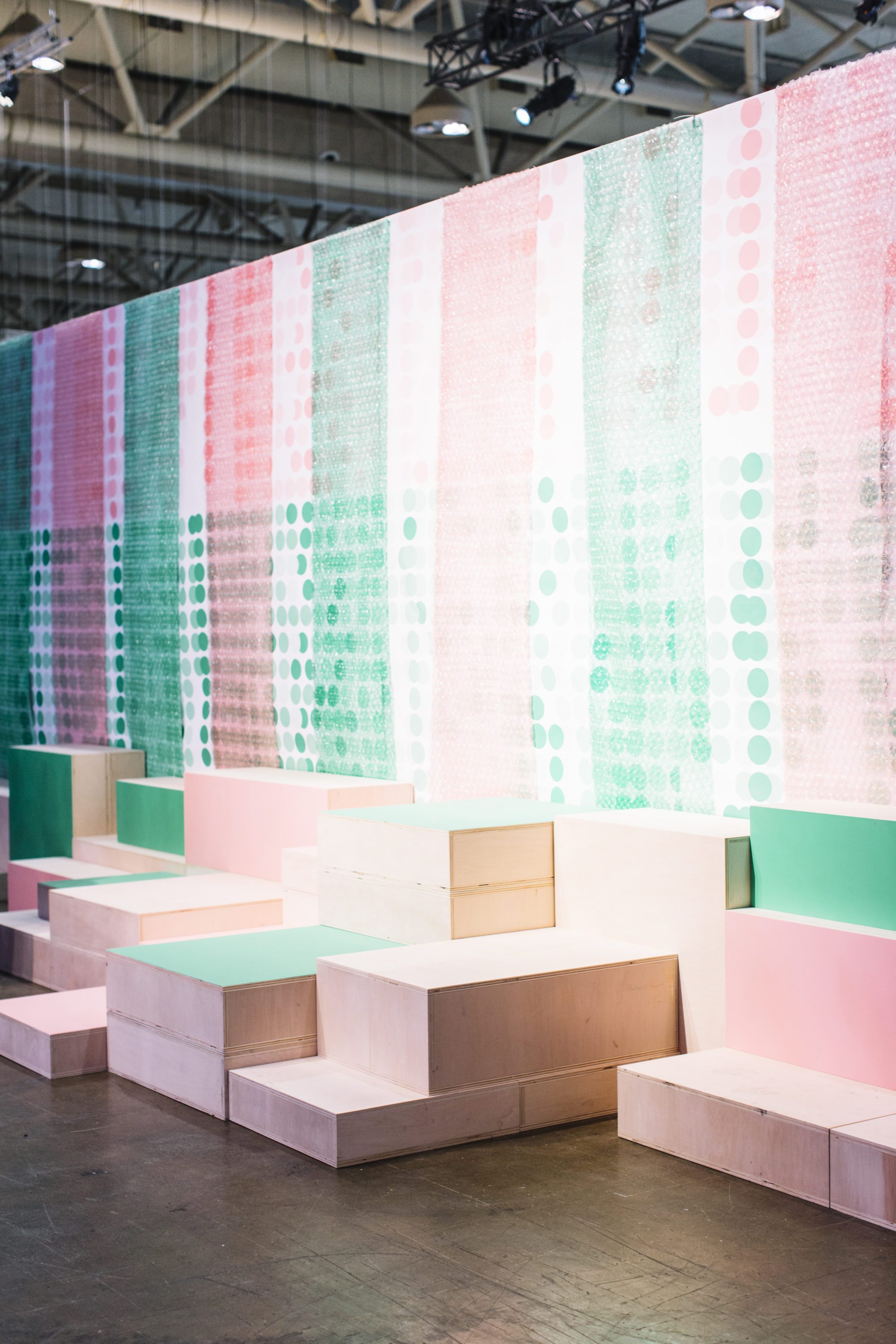 Toronto design firm Charuk and Ford craft small-batch, solid-wood furniture here in the city. This chair is made from stained domestic white oak: 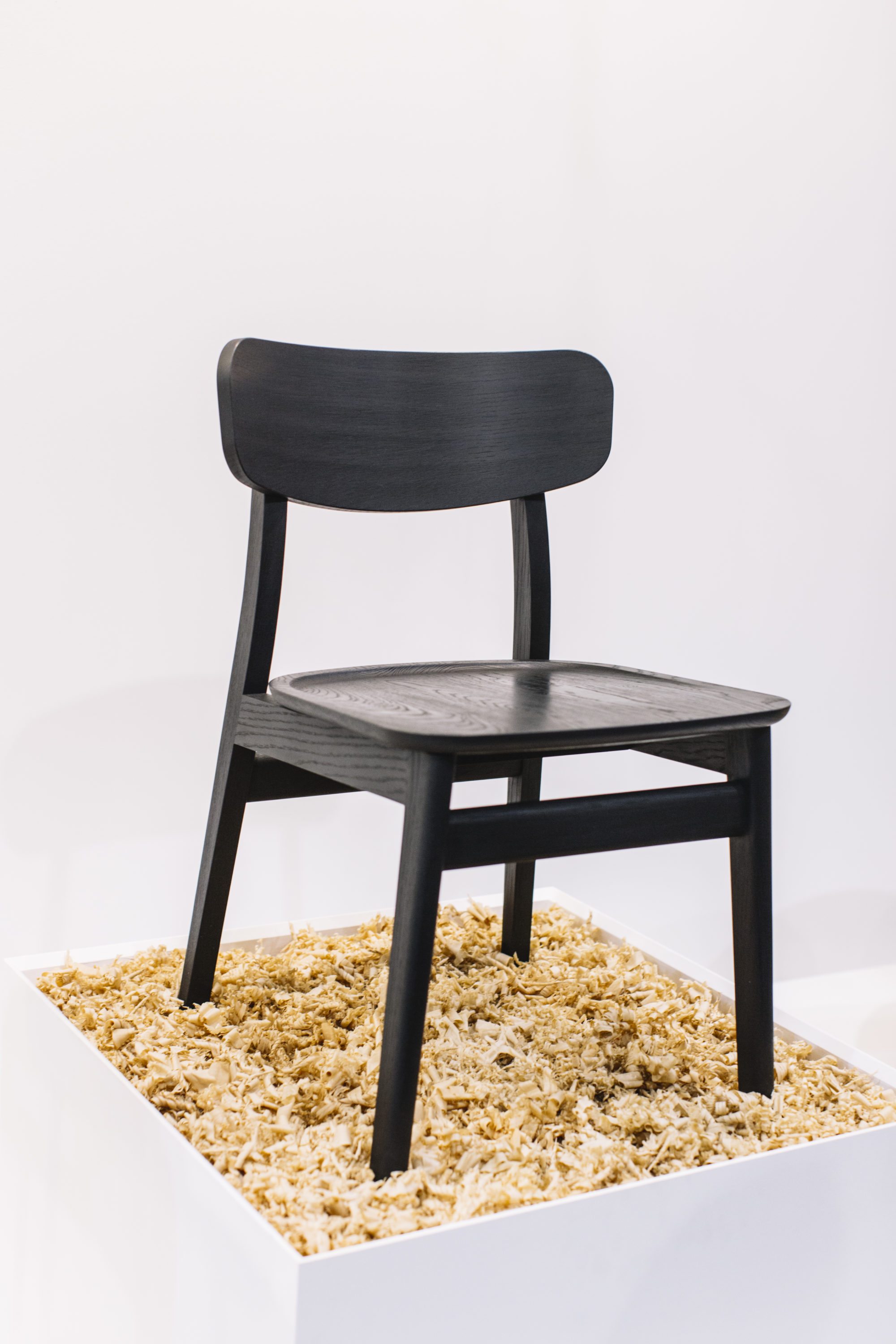 Montreal-based Kastella typically handcrafts furniture from wood, however the surface of this dining room table is made out an Italian nano-tech material called fenix, which is matte, fingerprint-proof and easily repaired: 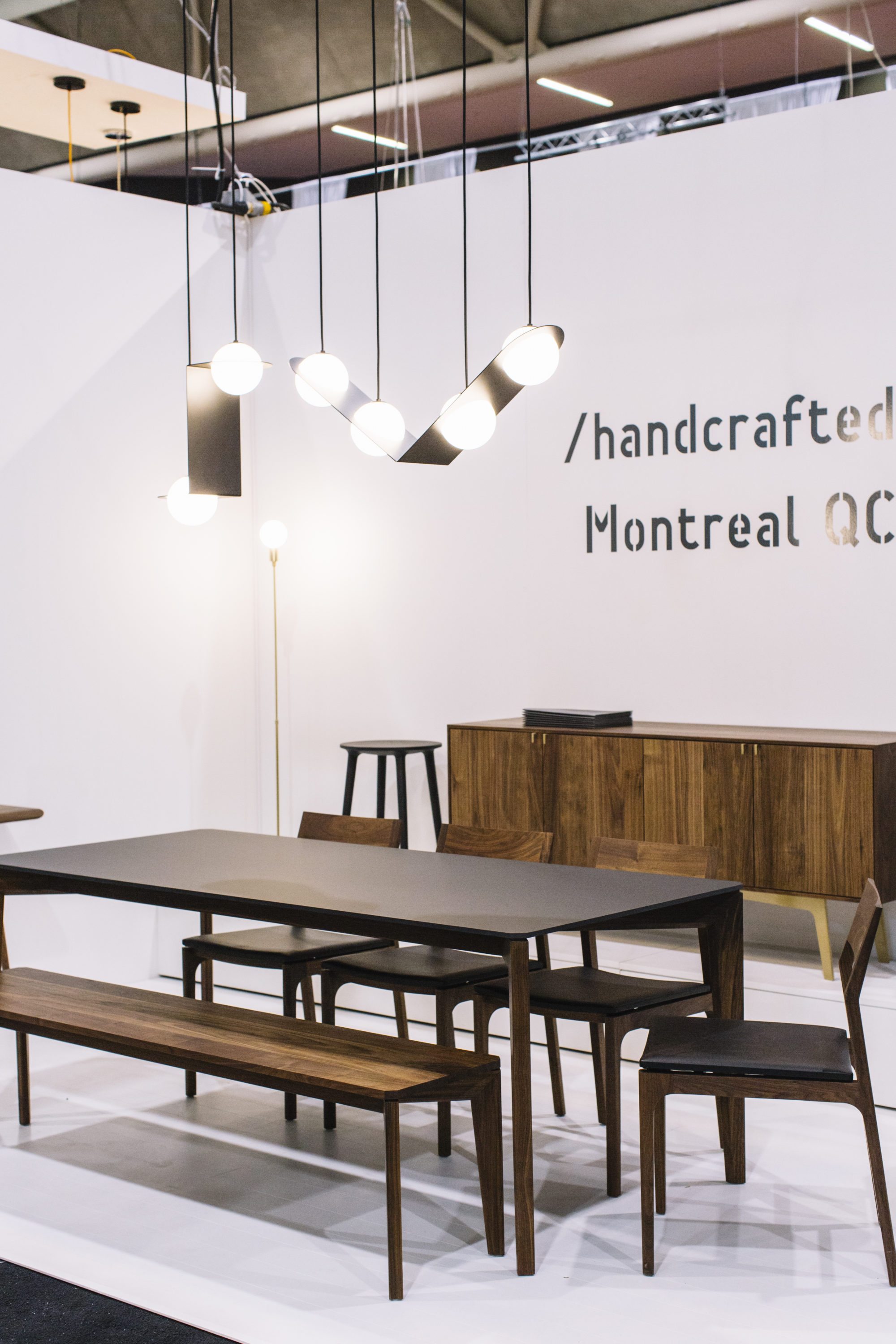 Annie Legault, the Montreal designer behind Amulette, likes to work with natural fibres in order to bring a touch of warmth to structured environments. The lamps are called “cocoons”, and come with an electric cord, brass-plaited bulb cage and organic light ($225): 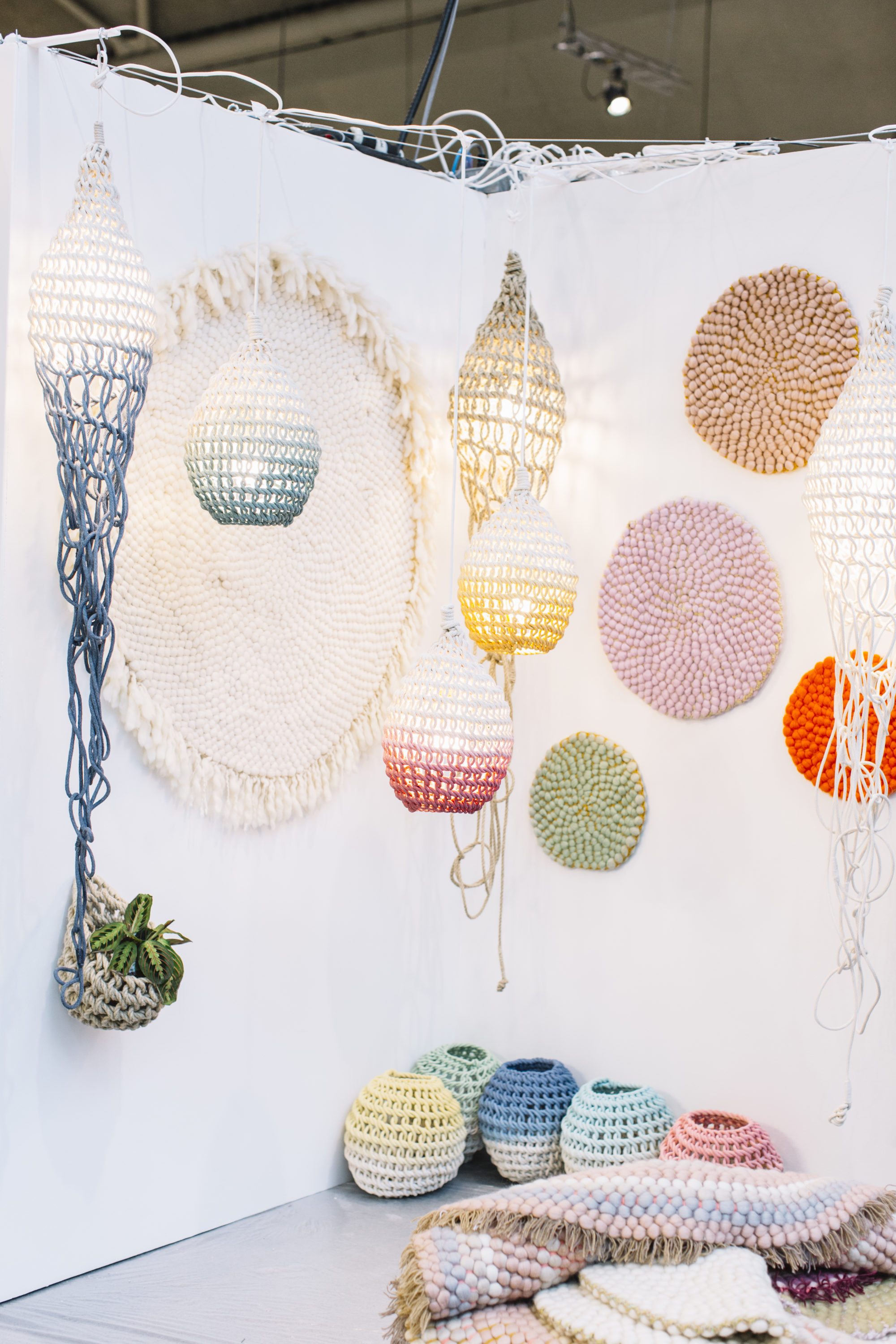 This “clover pavillion”, by architecture and design firm Denegri Bassai Studio, is part of an ongoing research project. The petals are inspired by natural and biological systems, and were formed with tension-activated Ontario plywood panels: 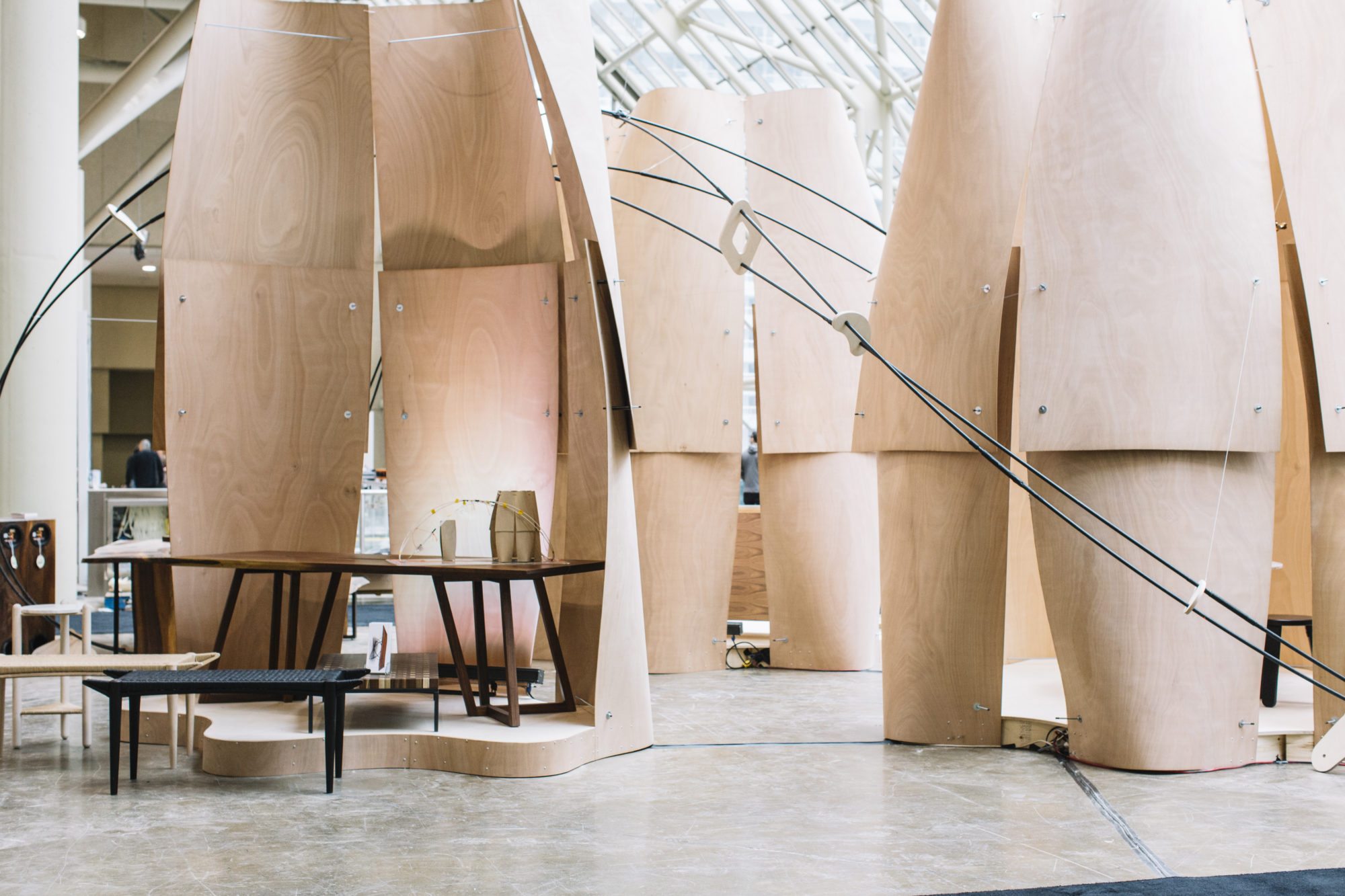 This is an interactive exhibit called “How bright is our future?” imagined by local firm Design Workshop Architects. Users are asked to react to certain statements on the blade structures by pressing either a “hopeful” or “fearful” reaction. The data from everyone’s inputs over the whole weekend will be displayed on the screen in real time: 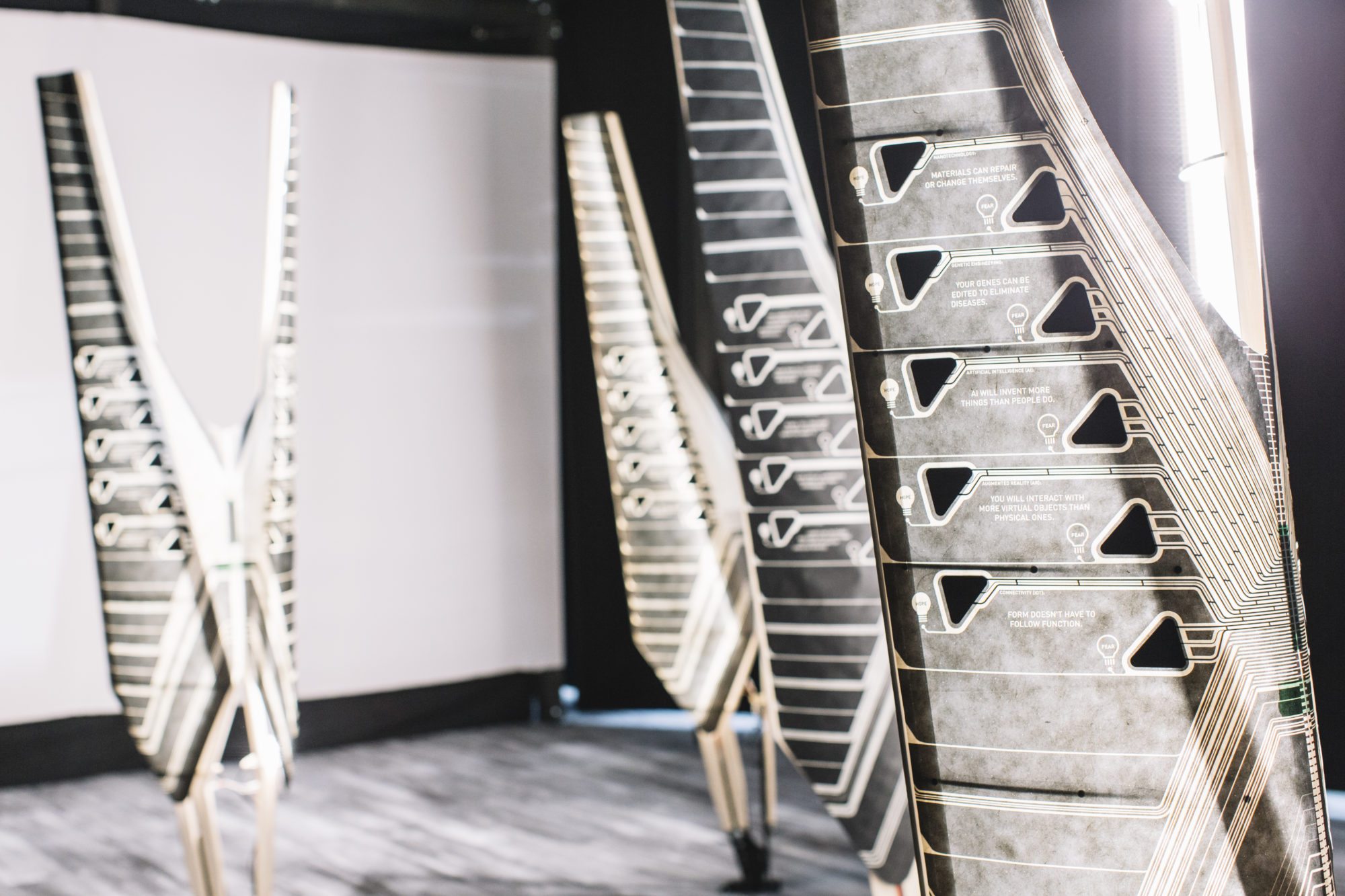 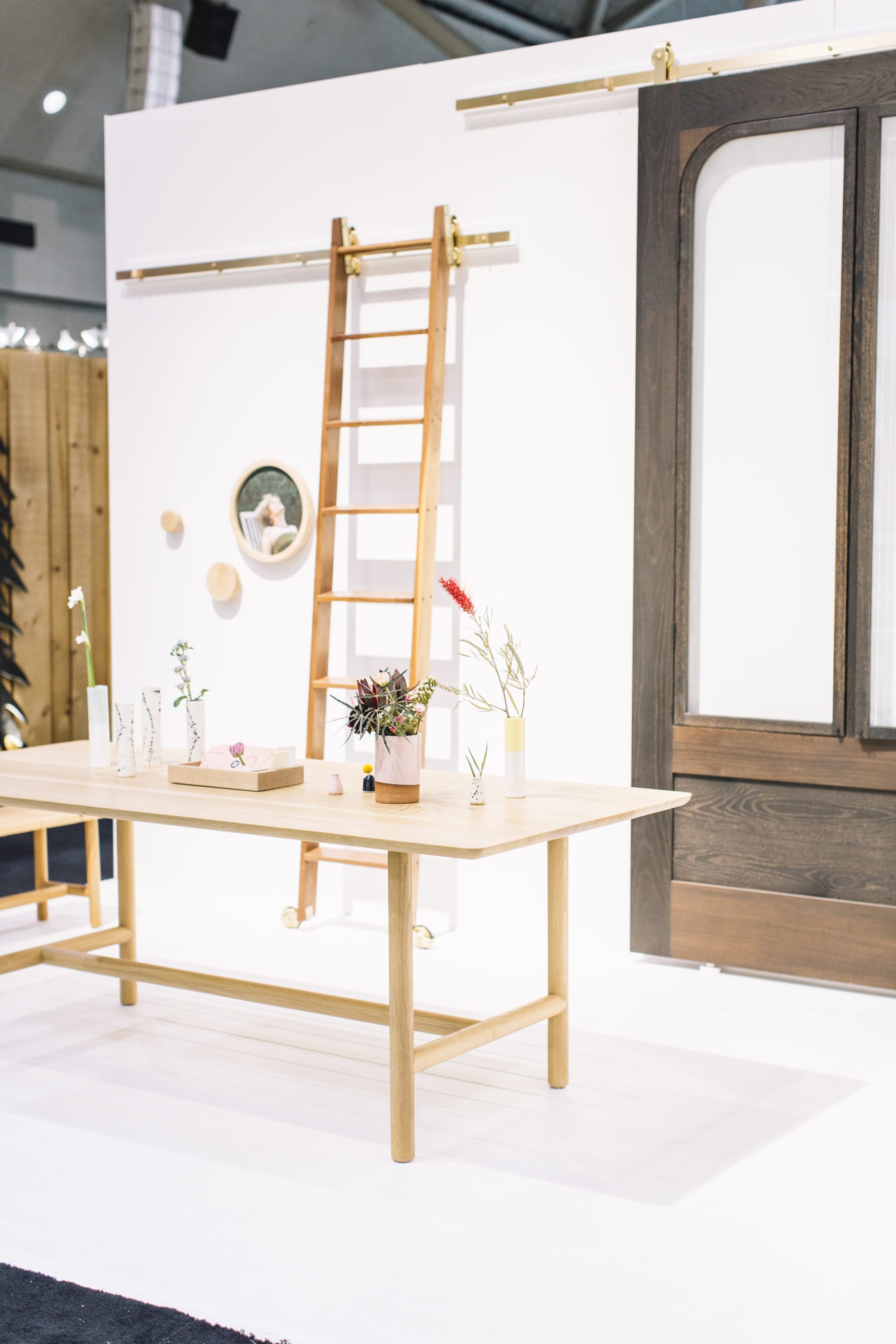 Their sliding door on display is covered in a lush floral print: 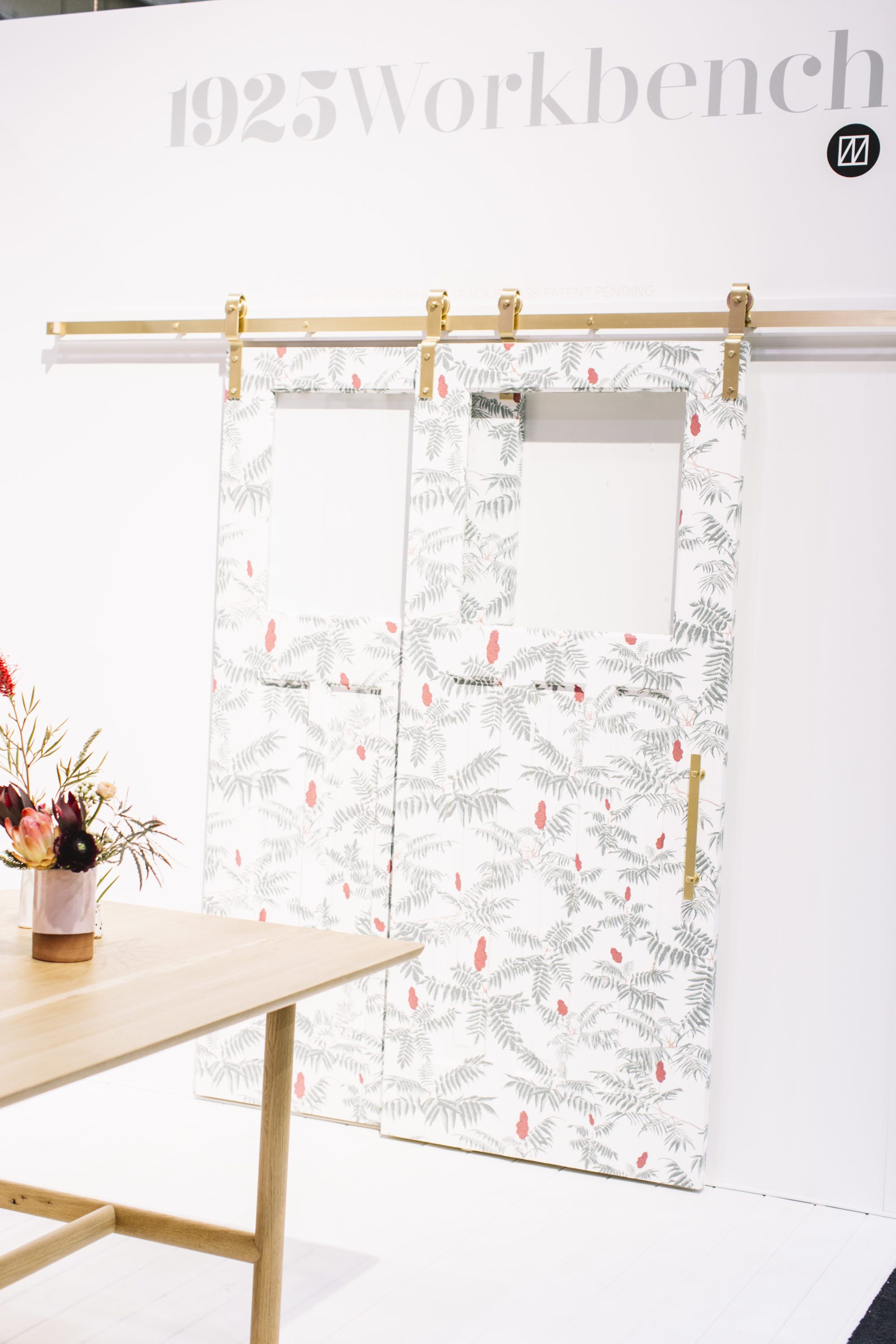 And finally, from Home Hardware, the ultimate show of hygge—and definitely the most Instagrammed seating choice at last night’s party: 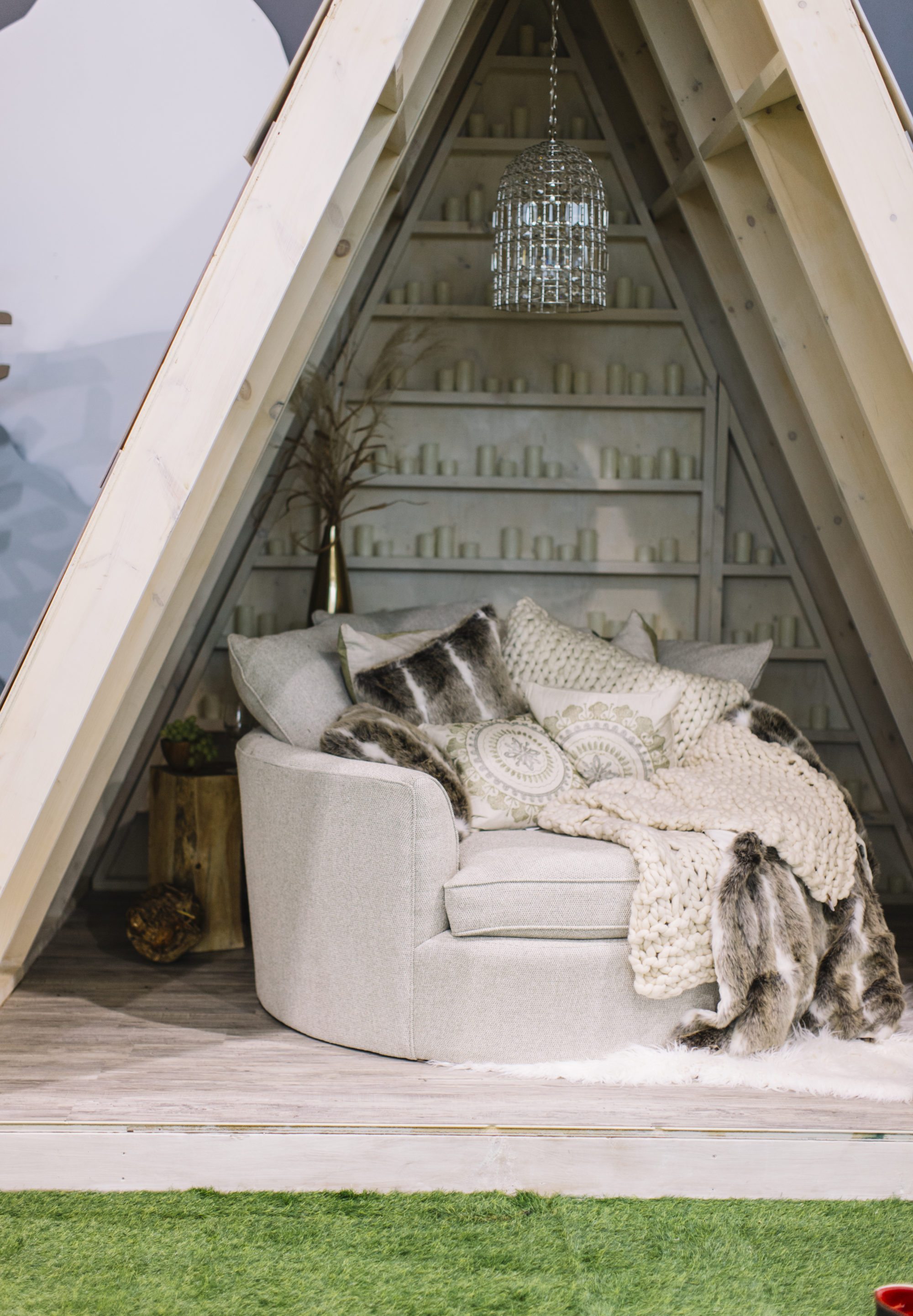