“We went into panic mode”: How a sales manager and a child-care professional sold their home during Covid-19

“We went into panic mode”: How a sales manager and a child-care professional sold their home during Covid-19

The sell: A renovated two-bedroom, two-bathroom semi in High Park 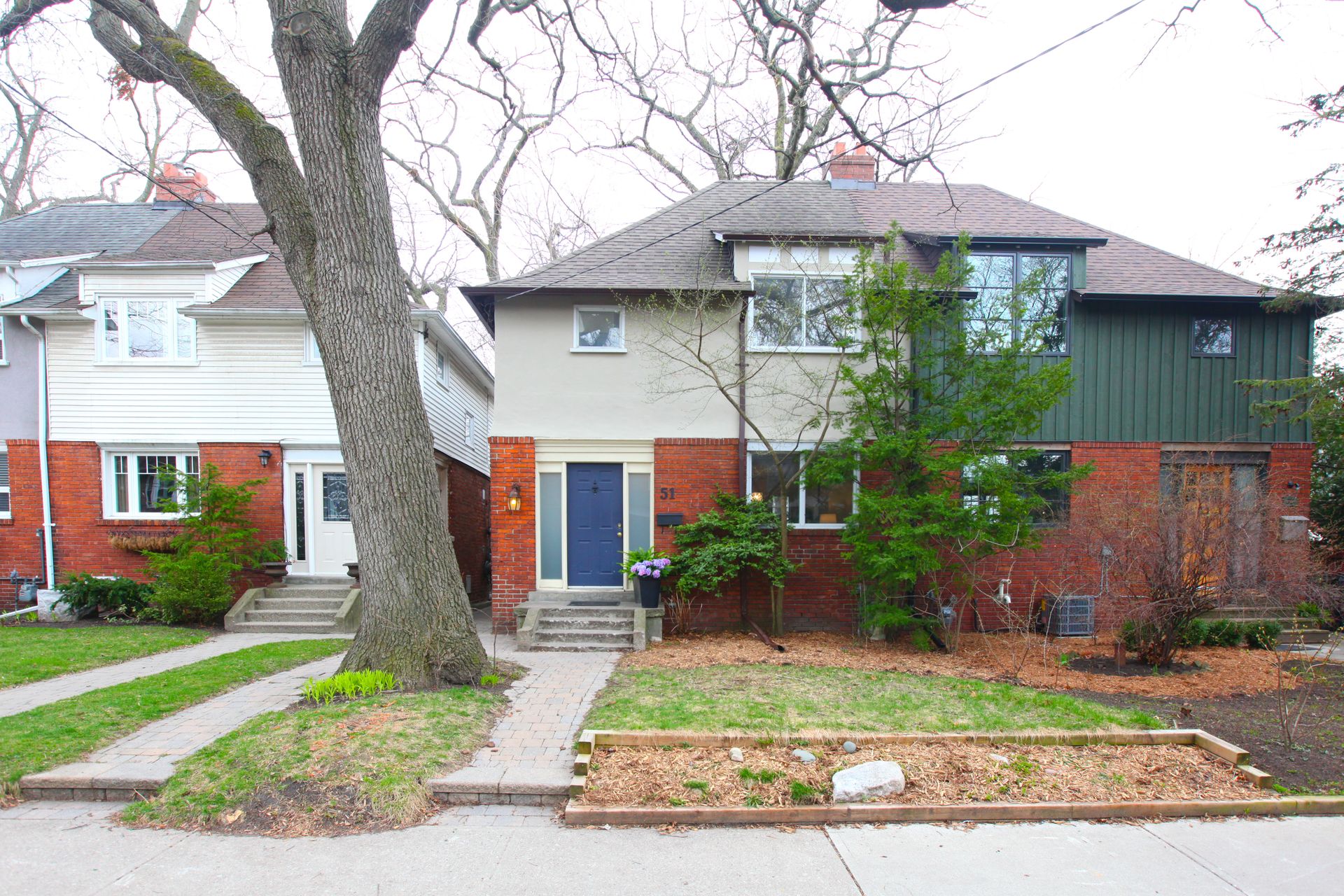 Andrew: I grew up in Ottawa and moved to Toronto in 2004, after studying at Dalhousie and Lund University in Sweden. I worked in marketing for about a decade, while living in a two-bedroom apartment in the Annex with a roommate. These days, I work as a sales manager at a health care company.

Meaghan: I grew up in Whitby. In 2005, I moved to Toronto to start working and rented an apartment in Davisville Village with two girls I met on Kijiji. Since then, I’ve done a number of sales jobs, but now I’m self-employed doing before-and after-school child care for friends. I met Andrew in 2007, during a karaoke night. He was actually there on a date with another girl. After she left, we stayed together until the bar closed, and before long we were a couple.

Andrew: In 2009, Meaghan moved into my apartment in the Annex. We enjoyed living with my roommate, but Meaghan wanted to start looking for a place of our own, because her goal was to purchase a home before she turned 25. So we started going to open houses. We wanted a detached with three bedrooms and an income suite to bring in some cash. Our agent showed us a two-bedroom, two-bathroom semi in High Park.

Meaghan: It didn’t check any of our boxes, but we fell in love with it. The walls were painted bright yellow. It had a reclaimed wood beam on the ceiling in the living room. It had a big backyard deck with a hot tub, which Andrew liked. We ended up buying it for $421,000. It was too small to build a separate basement apartment, so we had to share the place with a roommate. We rented one of the bedrooms and shared a bathroom with the tenant. Over the course of a decade, we lived with three individuals and two couples. It was great.

Andrew: We stayed in the house after the births of our first two kids, Merida and Micah, but when Meaghan became pregnant with Vienna, we realized it was time to go. In 2016, we rented the High Park place to a woman and her three kids for $3,000 a month, and bought a five-bedroom duplex near the Junction for $1.3 million. We knew it wasn’t our forever home, because I thought we needed more square footage and Meaghan wanted a big room where the kids could hang out with their friends when they get older. But it was big enough that we could live in it and earn rental income. We lived upstairs and leased the basement unit for $2,750.

Meaghan: Our plan was to earn rental income for a few years on the High Park semi and the basement suite in the Junction, then eventually sell the High Park place so we could afford a detached single-family home near High Park. We planned to keep the place in the Junction and rent out both units. We wanted something for roughly $2.1 million, located in the Runnymede school district so the kids wouldn’t have to switch schools. That really narrowed things down. In late 2019, we bid on a few places but didn’t have any luck.

Andrew: Then, at the end of February 2020, we saw this four-bedroom, three-bathroom detached on Kennedy Park Road, only a few minutes’ drive from our original High Park home. It was in our kids’ school district and had a nice office, which I liked because I work from home a couple of days a week. 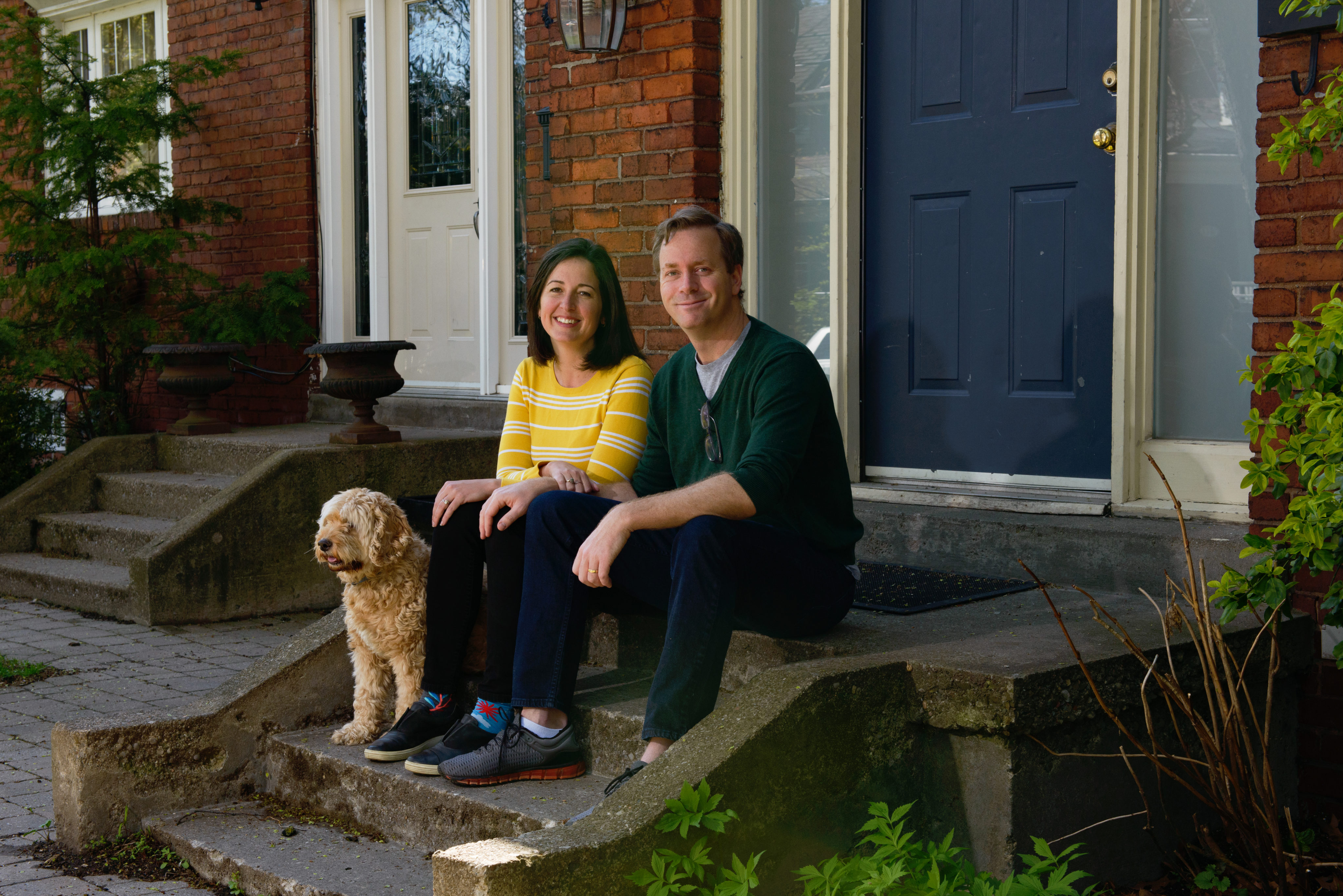 Meaghan: It was over our budget by $149,000 and there wasn’t enough room to add a separate entrance for a basement apartment, but I had the idea of doing an international homestay for foreign students, which could provide some extra cash. On February 26, the sellers accepted our offer of $2,274,000 with a closing date of June 19. That gave us nearly four months to sell High Park. In early March, we told our tenant at High Park that we would be putting the house on the market. We offered the house to her first, but she wasn’t interested.

Andrew: In mid-March, when Covid-19 hit Toronto, we hadn’t closed on our new home and we were still weeks away from listing High Park. There was so much uncertainty. The stock market crashed, Meaghan had to cut down on clients in her child-care business and things slowed down at my work, too. All of that, combined with making the biggest financial transaction of our lifetime, created a lot of anxiety. We discussed all kinds of contingency plans. We were prepared to ask for a longer closing date on the new house if we needed more time to sell High Park. As a last resort, we were also willing to walk away from our $115,000 deposit on the Kennedy Park house. We debated waiting until May before listing the home, but early spring is the best time to sell. Thank goodness we had a four-month close on the new house.

Meaghan: We decided we would list the High Park home in April, but there was a lot to be done before that could happen. Our realtor helped our tenant find a new place, and we paid $2,500 for her moving costs, which was worth every penny.

Andrew: We didn’t want to put our tenant’s health at risk, sending contractors in and out to paint, stage and repair the place. Even with the house vacant, we still implemented extra precautions. We never double-booked any contractors and we did a deep clean after everything was finished. We painted the exterior and the interior, completed small electrical and HVAC upgrades, and fully staged the home.

Meaghan: We didn’t spare any expense. The market was unpredictable and out of our control, so we had to do everything in our power to help the house sell. I tend to be frugal. I even price-match my groceries. But this wasn’t one of those cases. We spent more than $30,000 prepping the home for sale.

Andrew: We agreed that a video tour of the house was a good idea. It wasn’t part of the standard real estate package, and we probably wouldn’t have done it were it not for the pandemic, but we had to adapt. Instead of just doing a cheap cellphone video, we hired a friend who does corporate video production to do the filming, and Meaghan wrote a script. The videographer’s typical rate is $1,600, but we got a friends-and-family discount.

Meaghan: It was originally going to be a back-and-forth conversation between Andrew and our realtor, but our videographer friend warned us that it might sound phony since they’re not professional actors, so we switched it up and Andrew did the narration himself. It turned out so much better than I expected. Andrew ended up being an amazing narrator. It’s hard to know how pivotal the video was, but it was definitely a crucial piece among other crucial pieces, including the pricing strategy.

Andrew: Pricing was a bit of a guessing game. We were nervous about underpricing, but the week before we listed our home, another semi-detached in our neighbourhood listed low, got multiple offers and sold for more than $200,000 over asking. That’s the strategy our agent ended up proposing. On April 16, we listed the house for $989,000. We needed to get at least $1,070,000 to avoid borrowing from family to cover other expenses.

Meghan: After the listing went live, our realtor started getting calls from other agents praising the video. There were lots of positive comments coming in on local Facebook groups where we posted it. Everyone seemed to love the personal touch of Andrew narrating the video himself. We had 22 showings, so the video and pricing strategy must have worked. Instead of booking showings 15 minutes apart as usual, they were spaced 30 minutes apart to avoid crossover. If buyers were going to be late, they had to reschedule. We couldn’t take any risks.

Andrew: At that point, there were about 500 new Covid-19 cases in Ontario every day, mostly in the GTA. Our realtor had all potential buyers sign a form saying they hadn’t been out of the country in 14 days and had no symptoms. Each morning, we would go in and turn on all the lights and open all the interior doors. That way the only thing anyone had to touch was the lockbox, front door and back door. There was no reason to touch anything else. When we turned off all the lights at night, we also wiped down the doorknobs. We received a bully offer on April 18. It was a good bid, but we thought we could do better.

Meaghan: Still, it felt like a get-out-of-jail-free card, because it became clear we weren’t going to have to settle for less than $1,070,000. Our agent alerted other buyers to the bully bid and elicited five more offers. By the night of April 19, we accepted an offer of $1,195,000. I jumped up and down a whole bunch of times. I couldn’t believe we pulled it off—not only did we sell during Covid-19, but we got roughly what I thought we could before the pandemic hit. The sale officially closes next week on May 28 and we have our movers booked for June 23.

Andrew: Since we’re keeping our second home near the Junction as an income property, we’ll use that money to help pay the mortgage and other expenses, like the property taxes and maintenance work. When we move out of our place in the Junction, the current tenants are moving into our upstairs unit for $3,400 a month, and we just leased out the downstairs apartment to another couple for $2,750.

Meaghan: Our current tenants weren’t comfortable with strangers coming to view the space right now, so they did video tours over Zoom. We’ve always had wonderful tenants and roommates, and part of that is meeting face-to-face to get a sense of who they are. It’s weird not being able to do that anymore, but that’s Covid-19.