A 2,500-square-foot condo next to the Royal Alexandra Theatre.

The building, dubbed Theatre Park and developed by condo mogul Brad Lamb, was completed in 2015. The unit was originally designed as a three-bedroom-plus-den, but the U.S.-based sellers converted the third bedroom into a master walk-in closet. They initially hoped to use the unit as a Toronto pied-à-terre, but they ended up not spending much time here, so they decided to sell. 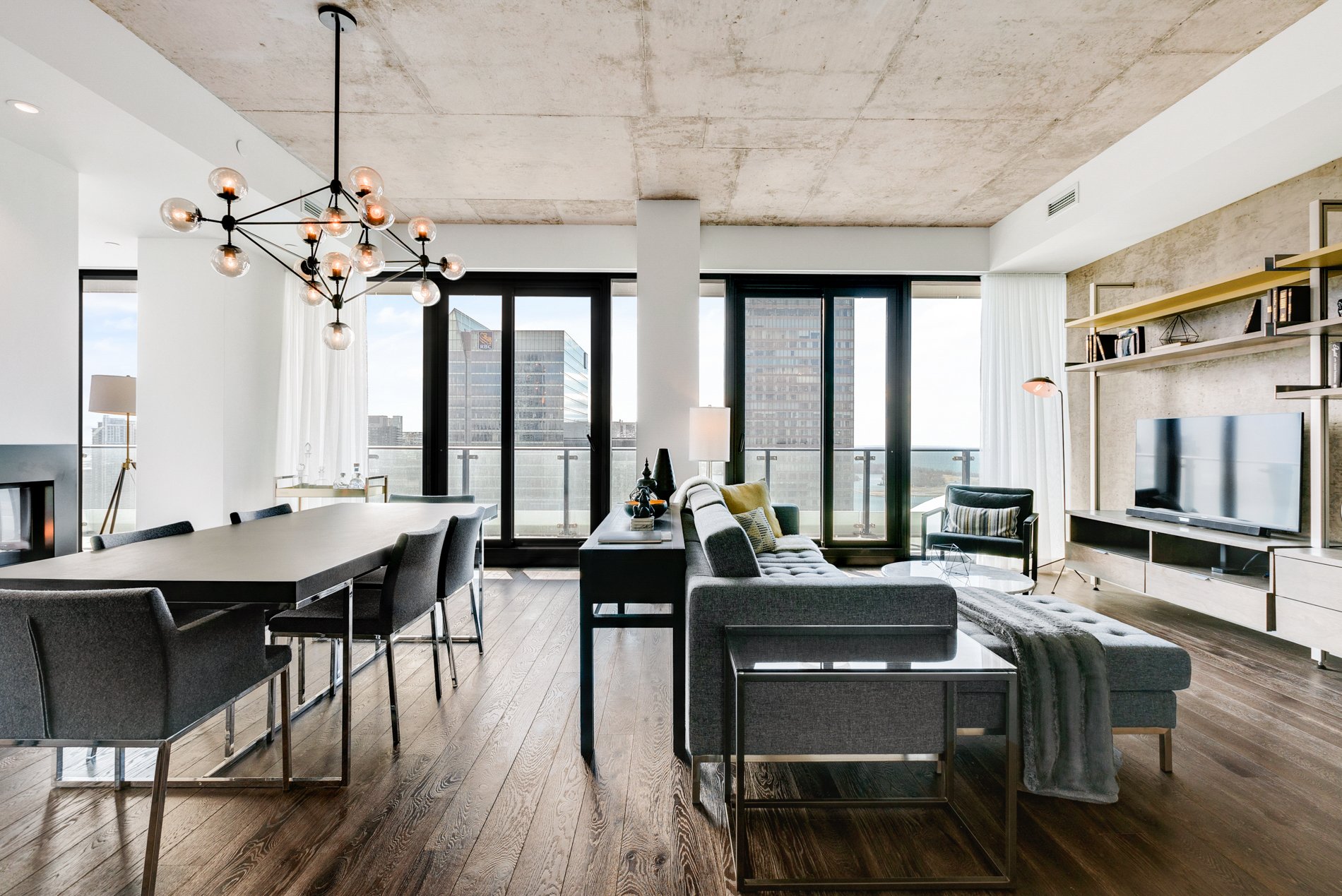 The kitchen has Wolf and Sub-Zero appliances: 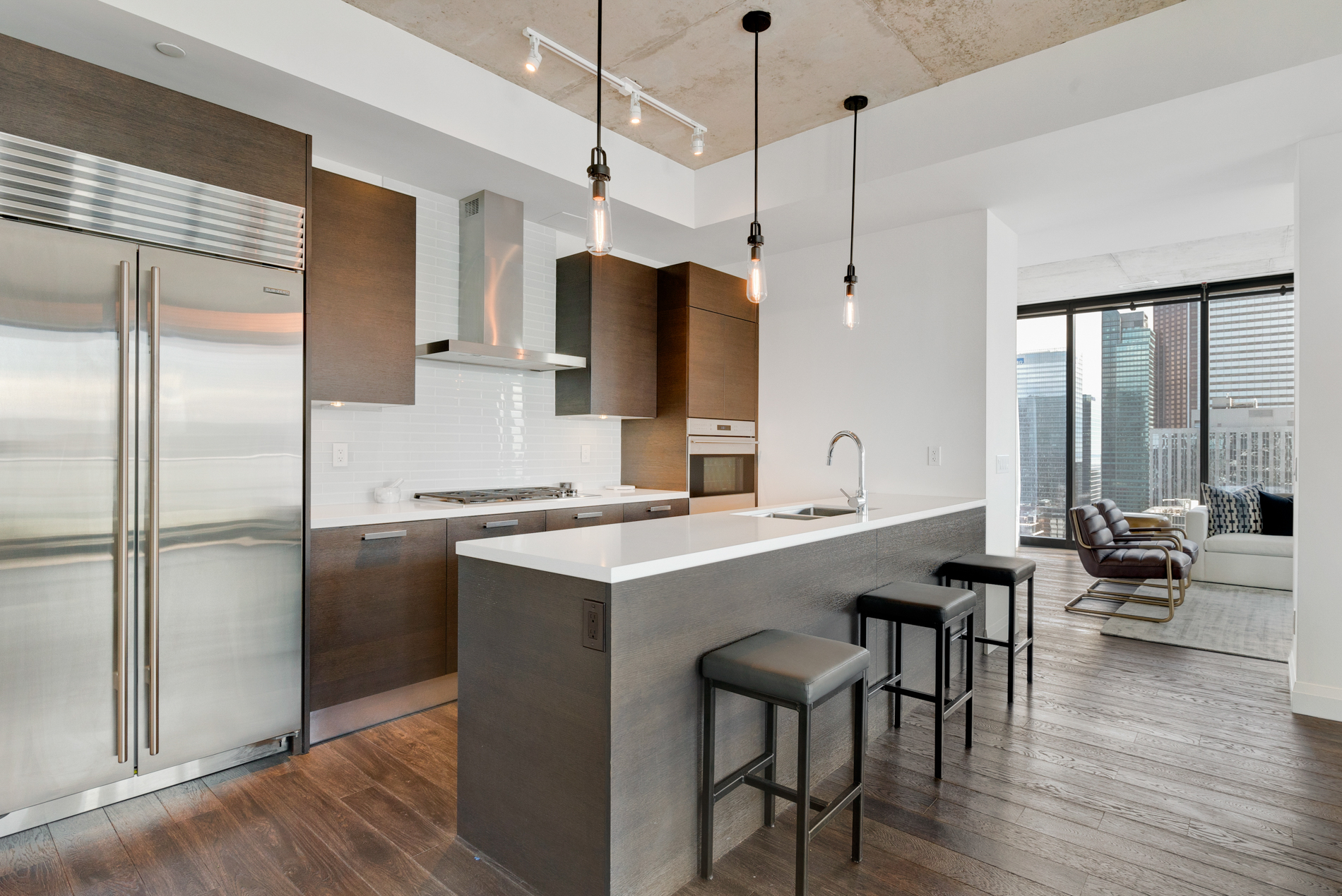 There’s a fireplace in the living room: 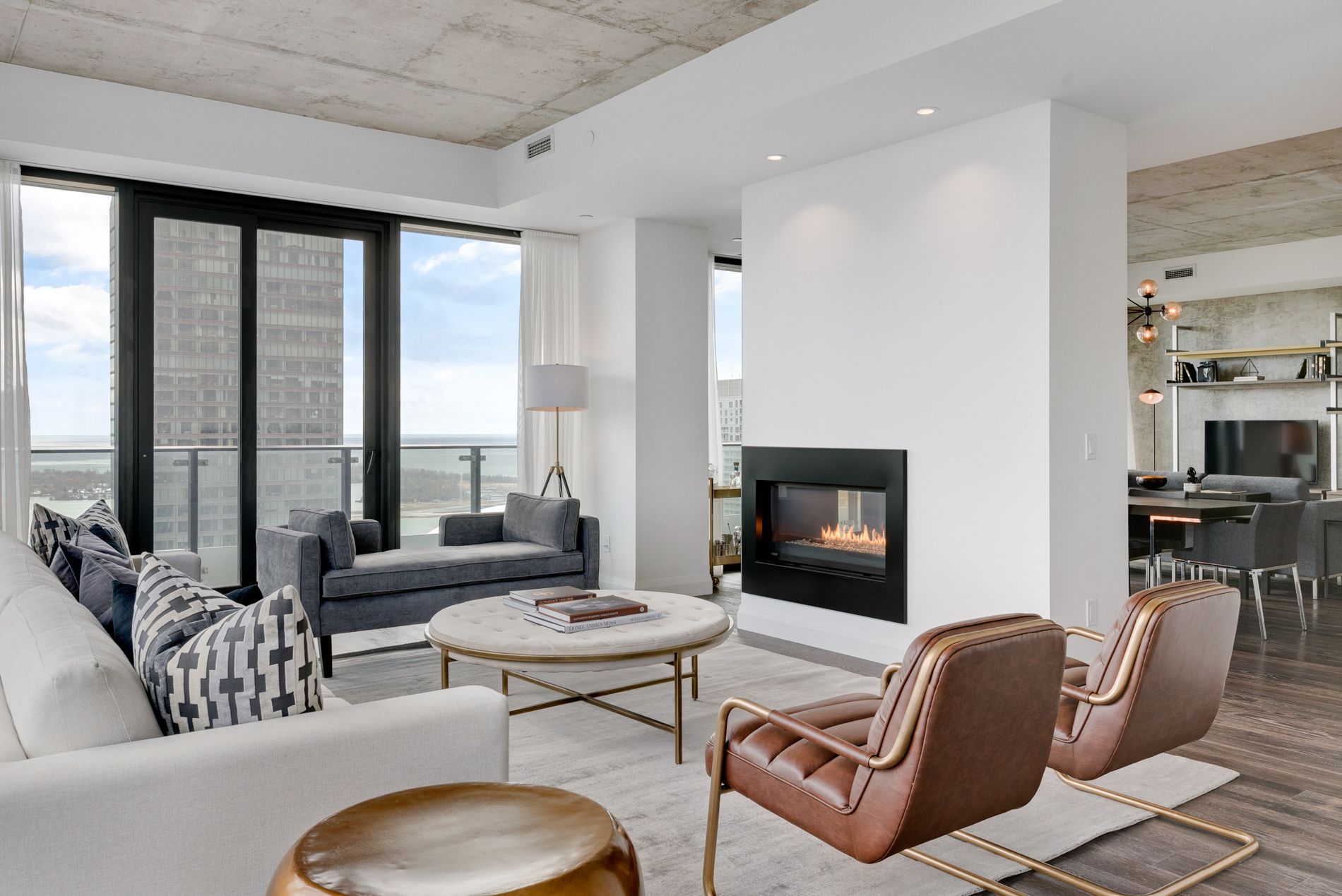 The second bedroom was staged as an office: 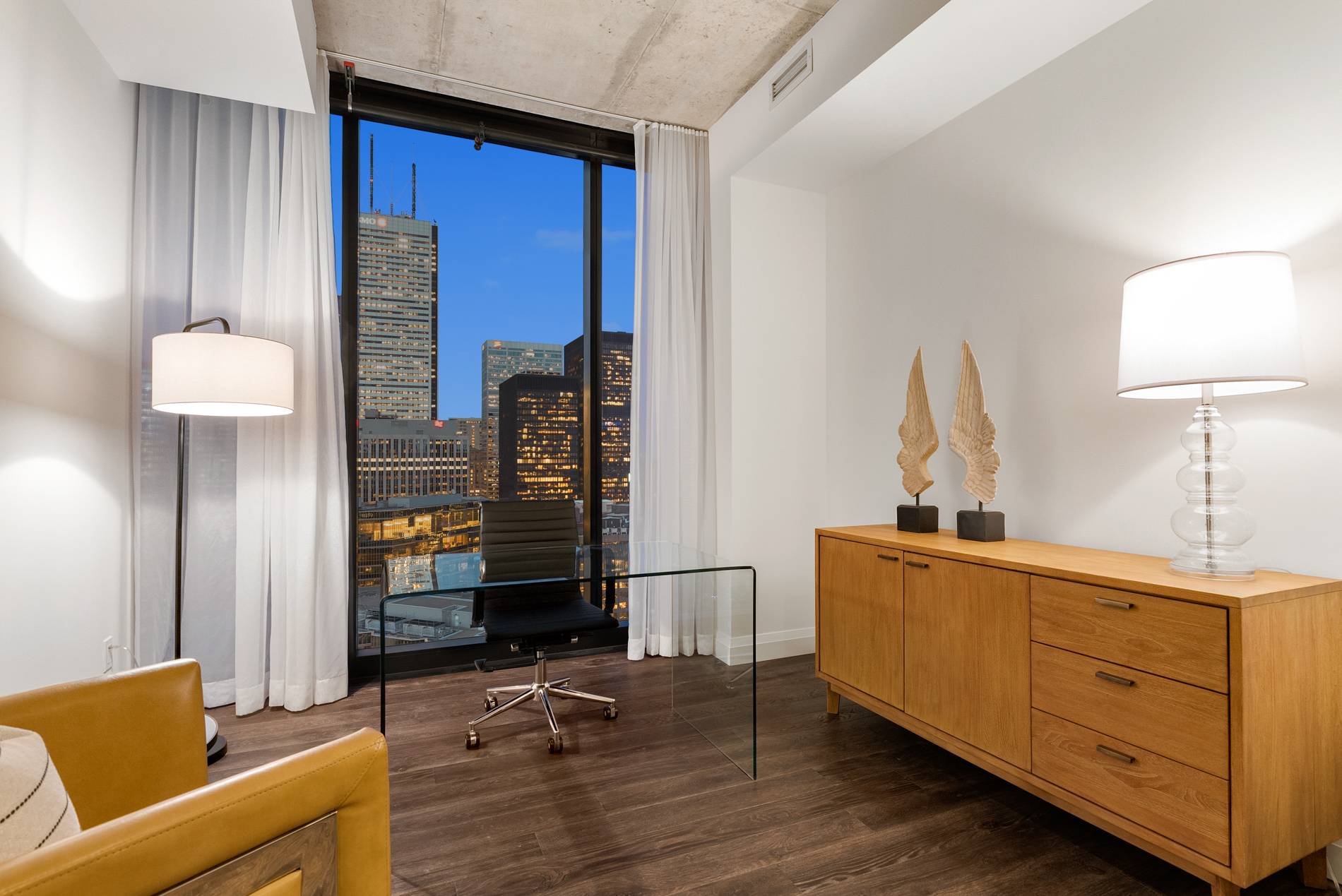 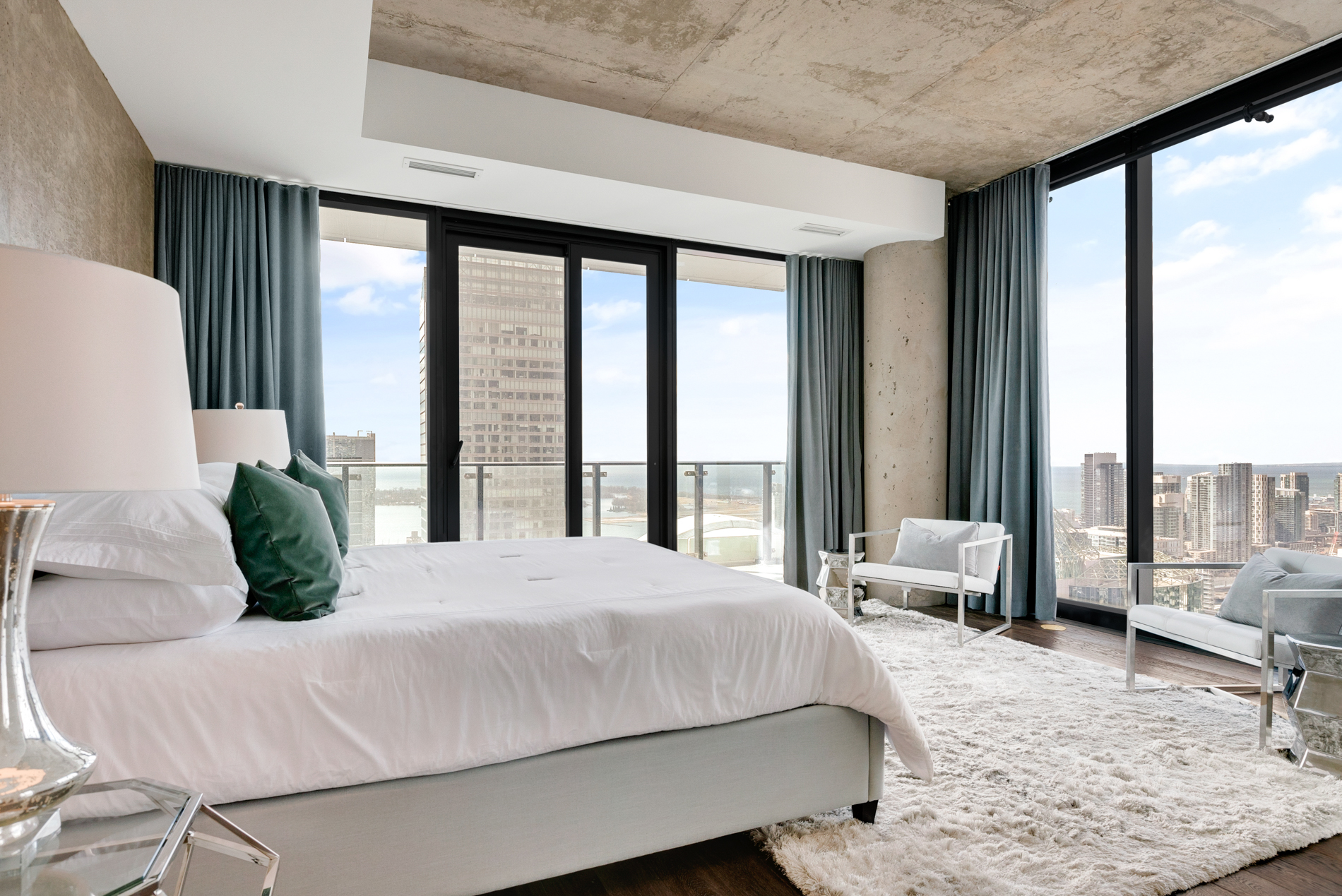 The master ensuite is lined with marble: 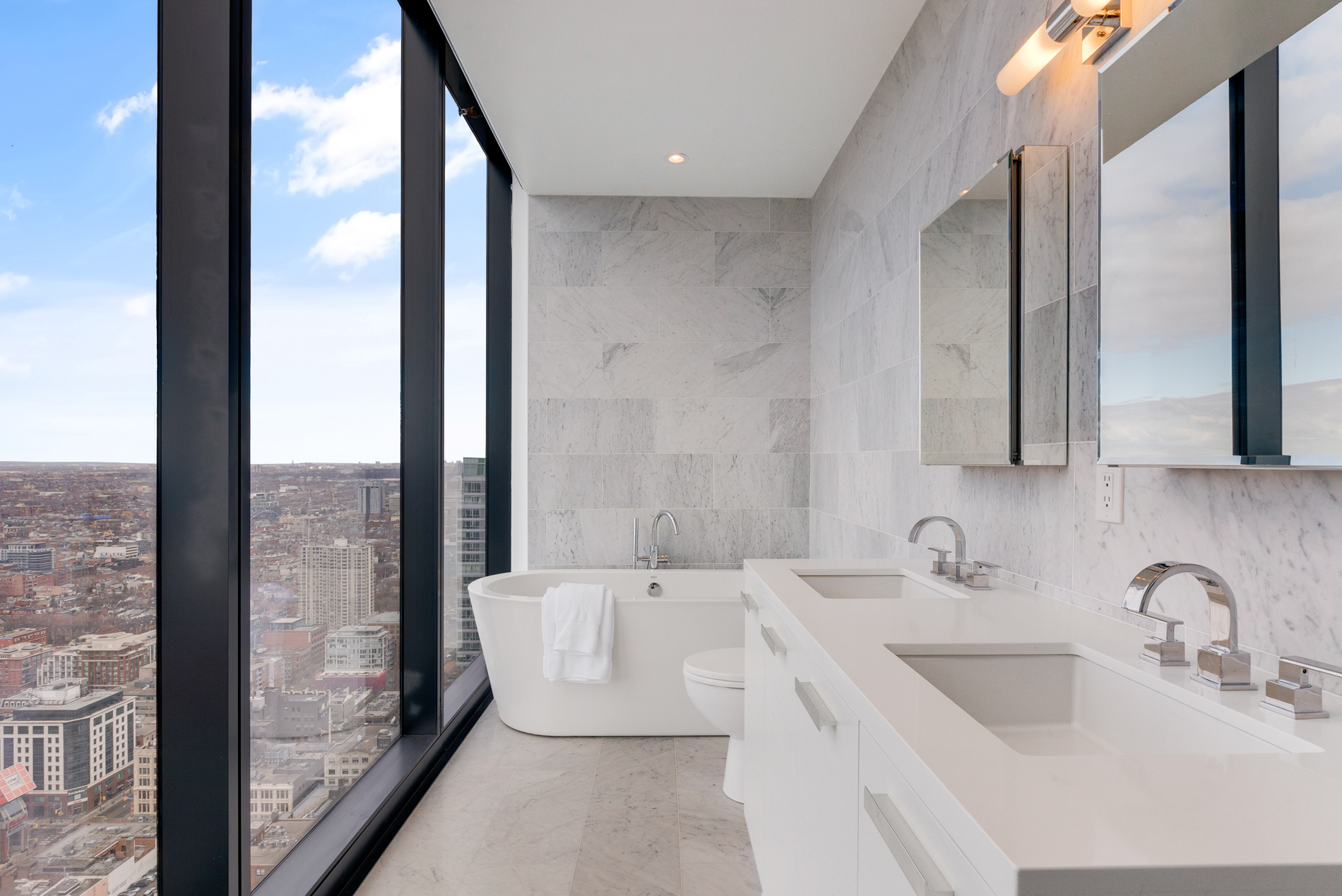 The master bedroom’s walk-in closet used to be an entire bedroom: 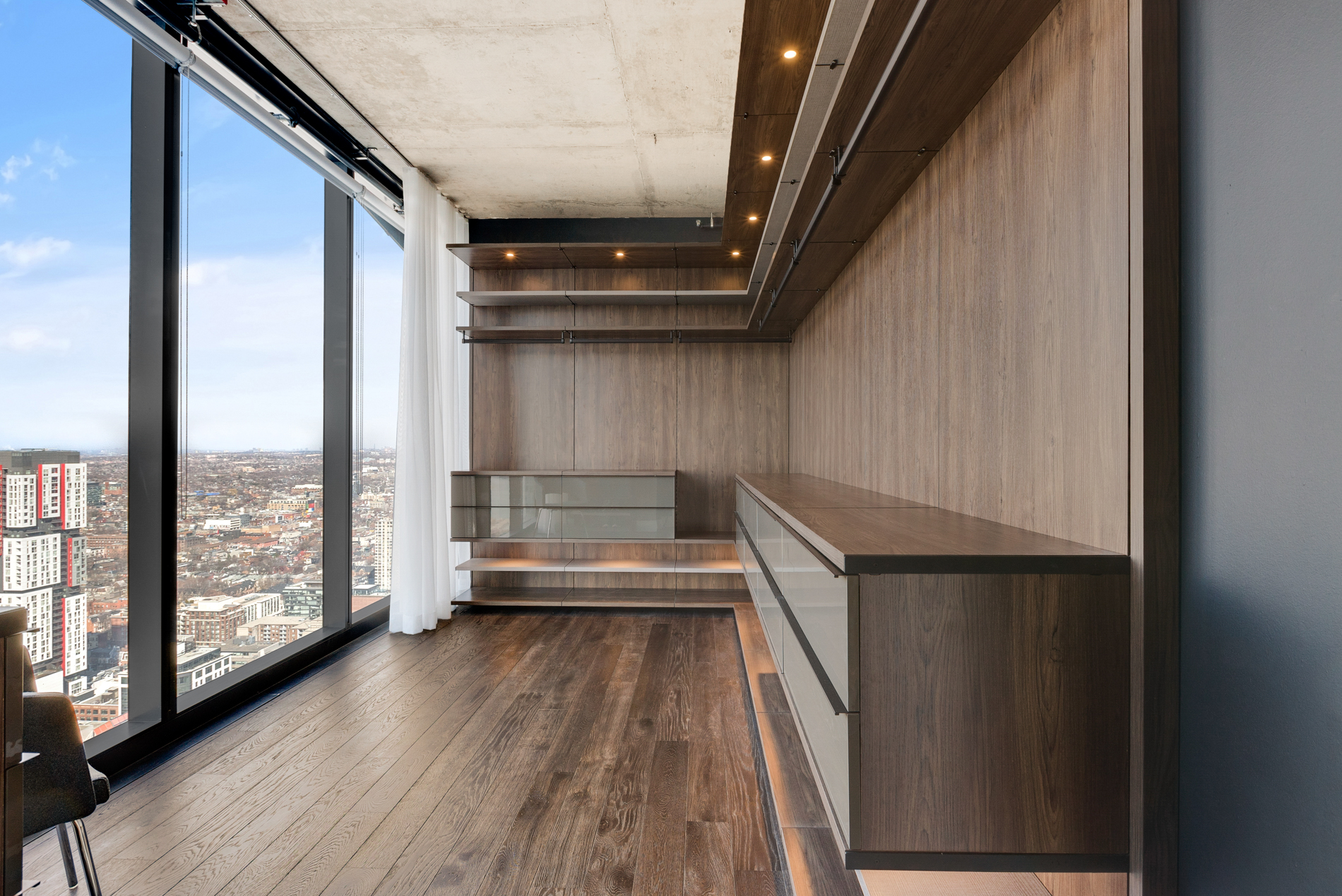 The buyer had been looking at other places in the area. He was attracted to the unique size of the unit and the south-facing views over David Pecaut Square: 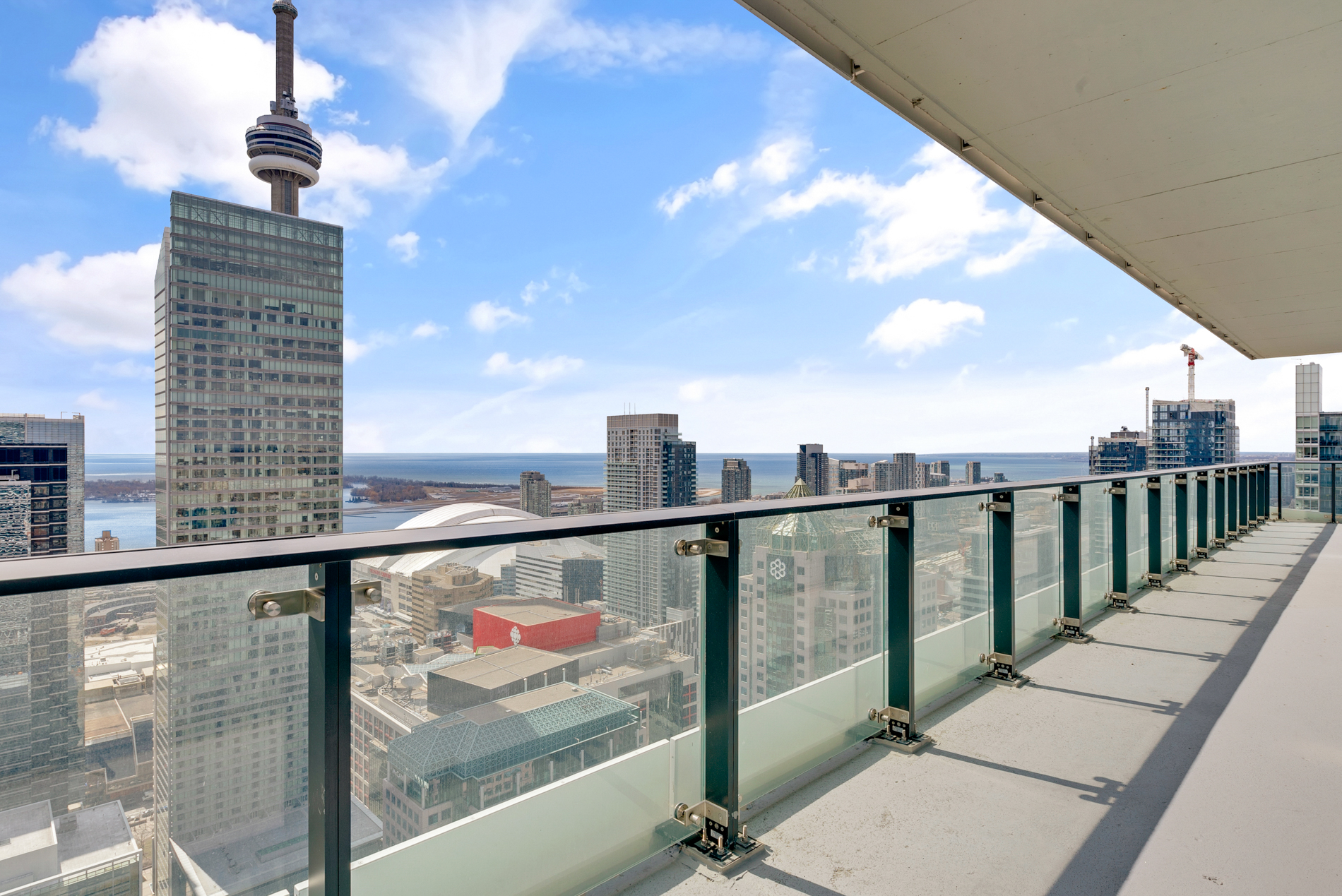 The unit was listed at $3,250,000, the highest ever in the building with the exception of the penthouse. Still, it attracted more interest than is typical for that price point, according to the agents, likely because of its generous size. It sold for the full asking price after eight days on the market, making it the priciest sale so far this year for a condo south of Bloor.