This family had an initial home-buying budget of $150,000. Where did they end up finding a place?

This family had an initial home-buying budget of $150,000. Where did they end up finding a place? 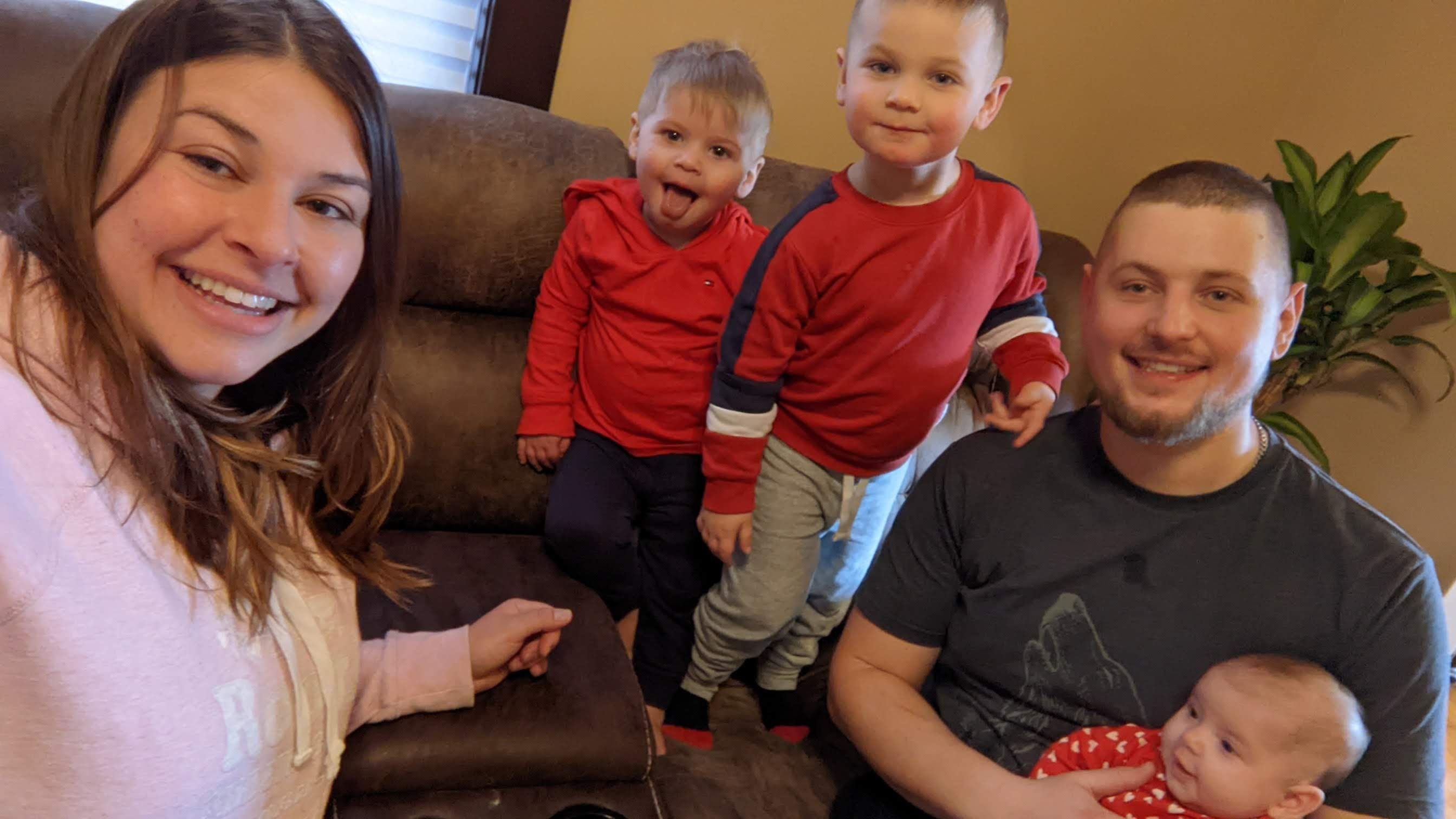 The history: Phillip and Jessica met in 2017 through mutual friends. At the time, Jessica was living with her father in Newmarket, while Phillip was living with his aunt and uncle in Richmond Hill.

Their relationship progressed quickly, and a few months after meeting, Jessica moved into Phillip’s aunt and uncle’s house. Initially, they planned to move out in a year and rent a place together.

But since they were able to live rent-free, and because they had enough space in Phillip’s aunt and uncle’s four-bed, four-bath house, they figured they should save up to buy a place nearby instead.

At the time, Phillip commuted downtown for his job as the manager of Hotel Ocho, at Queen and Spadina, while Jessica worked as a hairdresser at a local salon. Housing prices in the GTA increased quickly, so they put their plans to buy on pause.

In 2018, their first son, Valentin, was born. Phillip and Jessica set up a nursery in the den of the main bedroom, where they were living. Valentin was diagnosed with Type 1 diabetes shortly after birth, so Jessica stayed home to care for him, occasionally seeing hairdressing clients in their home.

When their second son, Louie, was born in 2020, Valentin moved into a spare room and Louie took over the den nursery. Phillip was off work due to the pandemic, and by January 2021, he was starting to retrain as a carpenter apprentice.

In March 2021, the Shafiers found out they were expecting their third child. They knew it was finally time to get a house of their own. Plus, with Phillip off work and at home, his aunt and uncle’s house was feeling cramped.

They had a limited budget to work with—just $150,000—so Jessica and Phillip figured they’d have to head well out of the city.

Both consider themselves adventurous, so they were up for moving to a new, faraway town. One day, Phillip came across an article of the cheapest cities to live in Ontario.

Thunder Bay was on the list, and they realized it was ideal for them. The city was affordable, close to nature (they love going on hikes as a family) and there were also good medical facilities available for Valentin’s diabetes care.

The hunt: In April 2021, Jessica and Phillip connected online with a realtor in Thunder Bay. At the time, Phillip had a job contract for carpentry work downtown. It’d be difficult for him to take time off to make the 15-hour drive north to see the place. And with Jessica taking care of the kids, they decided to do their house hunting virtually.

The Shafiers wanted a house with at least three bedrooms, a backyard and a finished basement. There weren’t many properties listed within their budget, so it wasn’t until July 2021 that their realtor took them on their first virtual tour of a home in Thunder Bay.

It was a three-bed, one-bath house located in the McKellar Park neighbourhood, listed at $159,000. They submitted an offer for $150,000, conditional on financing and a home inspection. But the latter revealed significant fire damage in the attic, so the Shafiers rescinded their offer.

Realizing that their budget was limiting their home search, they upped their budget to $250,000, which was possible thanks to Phillip’s new work as a carpenter apprentice.

A few days later, their realtor virtually toured them through a three-plus-two-bed, three-bath home, listed at $219,900. It was also located in McKellar Park. 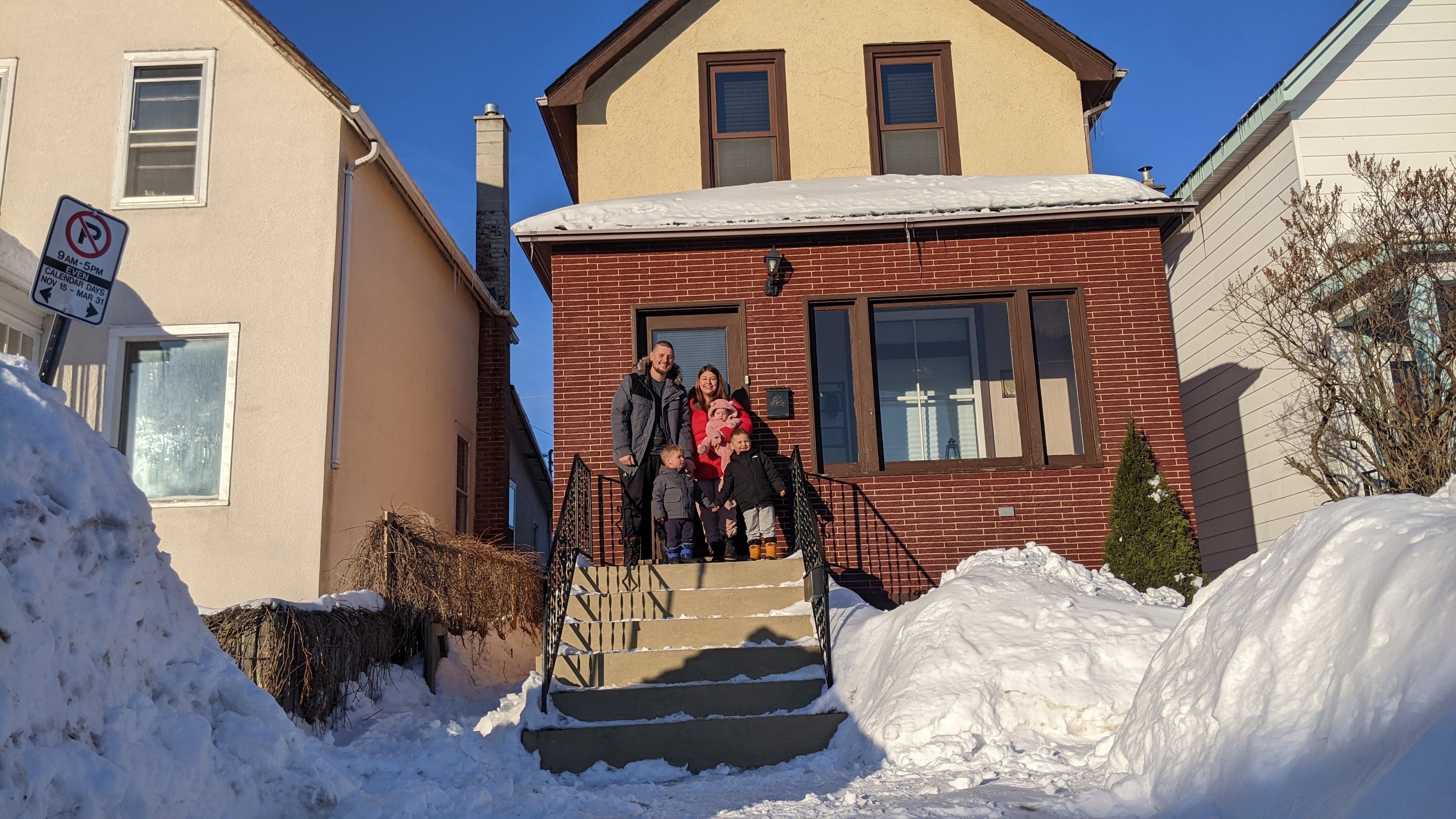 The house had a brick and stucco exterior and a veranda at the front entrance that led to a hallway with wood panelling.

There was a living room, dining room, den and powder room on the main floor with plenty of wood accents throughout, like oak cupboards and more wood panelling in the dining room. Jessica and Phillip loved that it made the home feel rustic and cozy. 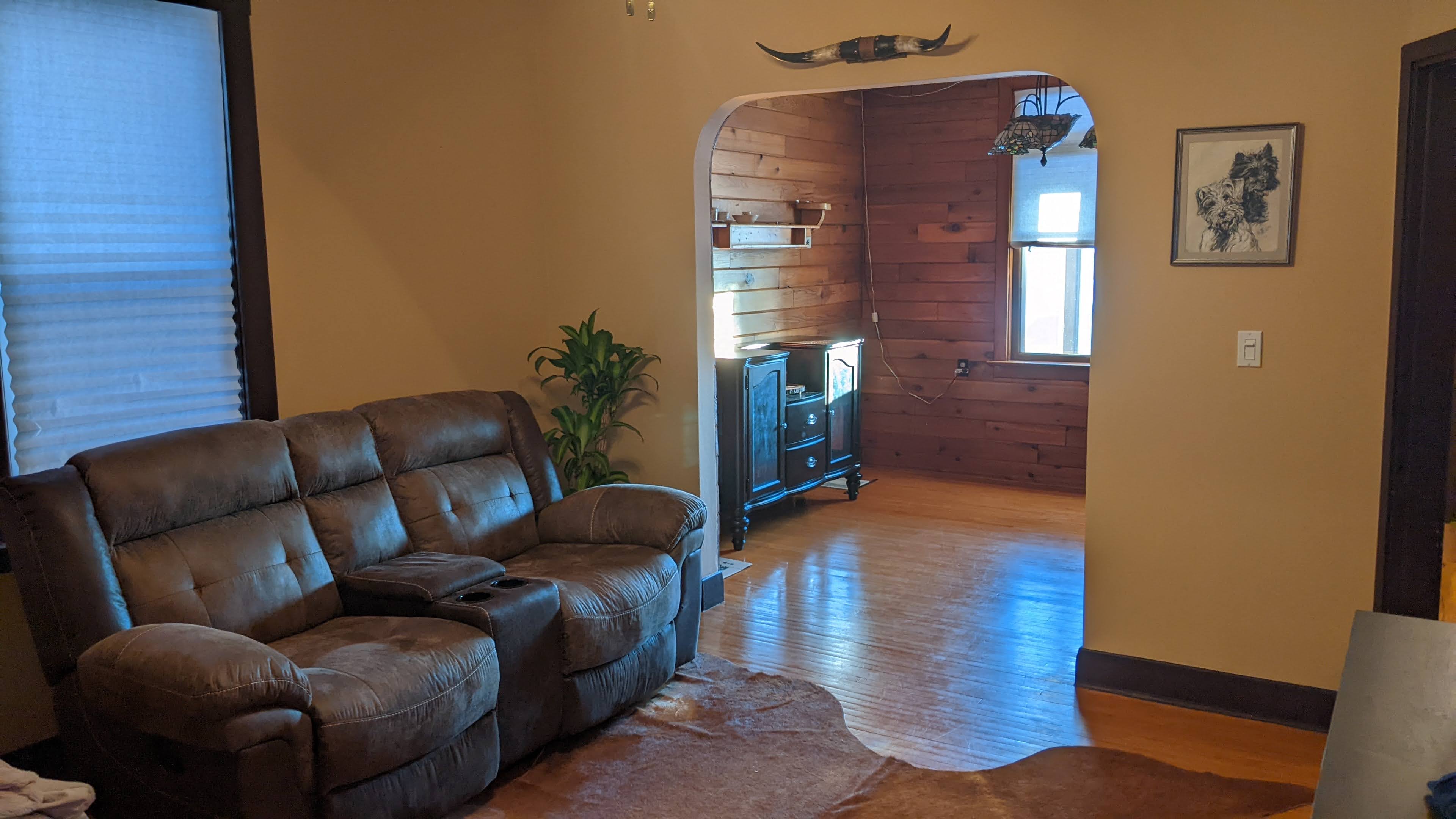 On the second floor, there were three bedrooms and a full bathroom. 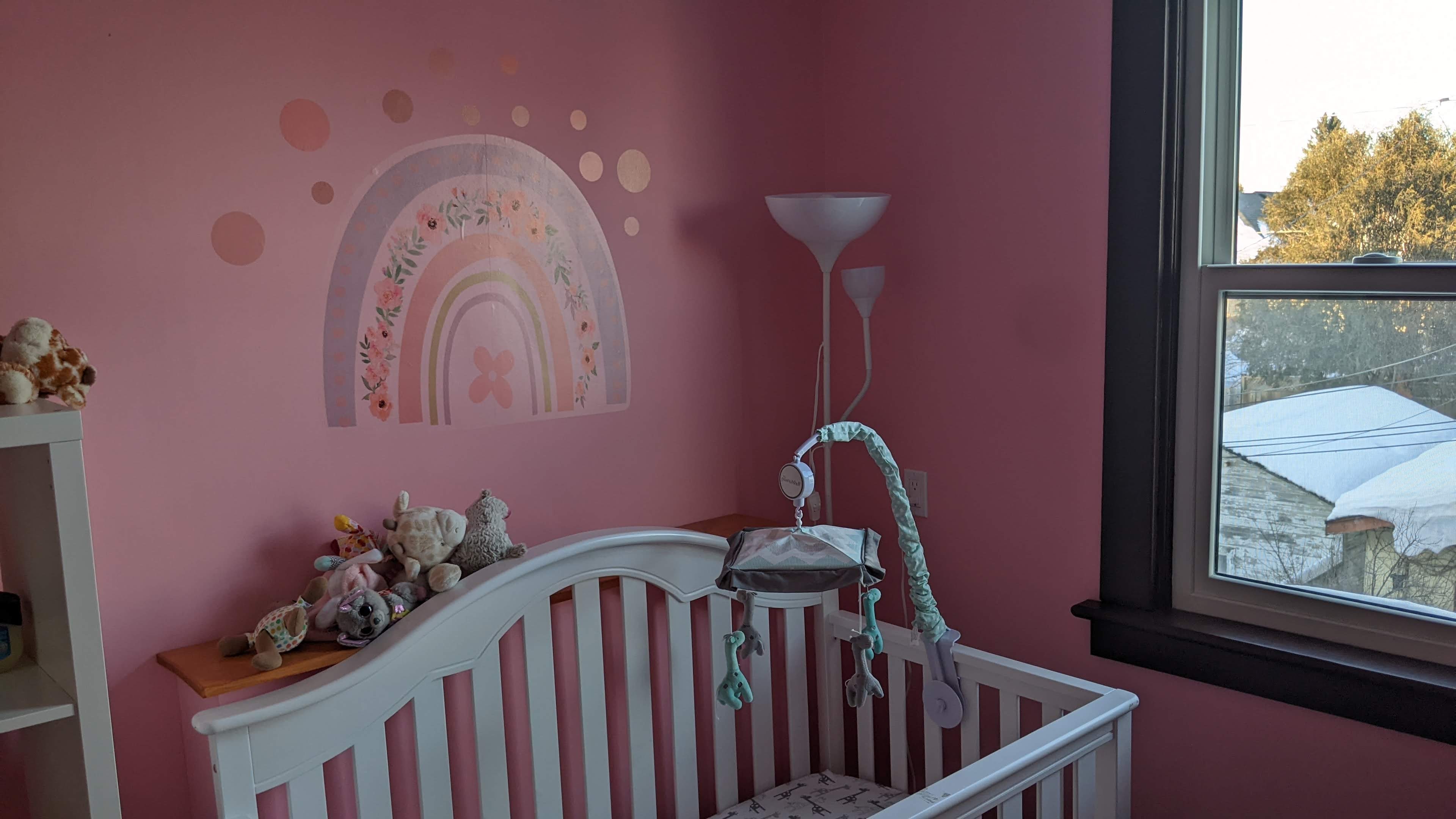 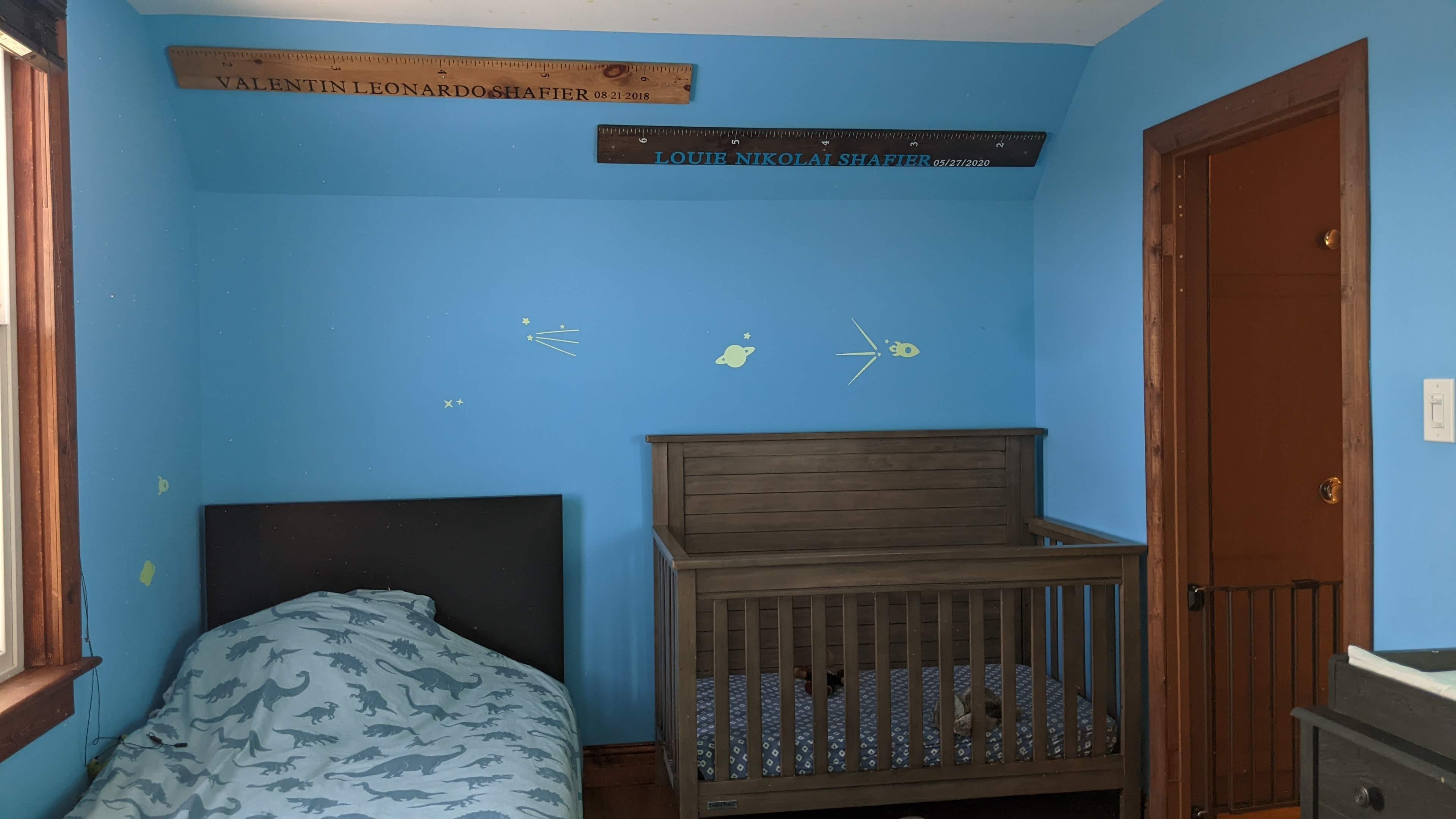 The basement was finished and had a guest room, rec room and bathroom with a shower.

There was a small yard where the kids could play, plus a detached garage, which had room for two cars and a small workshop for Phillip’s carpentry projects.

Jessica and Phillip submitted an offer on the house that same day for $240,000. They went over-asking since they heard that there were other bidders interested in the property. The sellers accepted.

But when the couple tried to secure financing, the bank turned them down because Phillip’s job was too far from their new home. They approached Phillip’s aunt to be a co-signer, and she instead gifted them $200,000.

Combined with their own savings, that would mean they could purchase the home mortgage-free. Phillip figured it would be easy to find a new job in Thunder Bay after the family relocated.

The house closed on September 1, but Jessica was expecting their third child in November, so the family decided to stay in Richmond Hill for the delivery and to heal postpartum, pushing their move to late December.

The Shafiers still drove up for the closing date and were relieved to see that the house was just as they expected it to be. They wanted to complete some renovations before moving in, like replacing the roof, ripping out the carpet in the bedrooms and installing vinyl hardwood, removing a kitchen in one of the upstairs bedrooms and repainting the whole house. Those renovations cost them about $20,000.

They’re still getting used to the cold temperatures and the snow, which has piled up to five feet in their yard. But they’ve enjoyed their wintry surroundings so far, tobogganing at a local park and signing Valentin up for skating lessons.

Their new home is only a few minutes’ drive away from big box stores and grocery stores. And they’re about seven minutes away from an elementary school that Valentin will attend in the fall.

By mid-February, Phillip was able to find a carpenter apprentice position at a local company that builds homes out of shipping containers. It only takes him three minutes to drive to his workplace. Jessica plans to start hosting hairdressing clients in their home once the kids are in school or daycare.

While they miss their friends and family in Toronto, Phillip and Jessica say that their neighbours have been very friendly and welcoming so far. One woman on their street has even offered to babysit their kids. “She was like, “I babysat the previous owner’s kids and the previous-previous owner’s kids, so you’re next,” Phillip says.