The history: In 2019, Anjali and Dickson moved from India to Canada with their one-year-old daughter, Ava. They rented a two-bedroom apartment in Mississauga, for $2,300 a month.

Dickson got a job in food services and Anjali found some freelance work in corporate communications. With their income, the couple started saving up to buy a place of their own. Later that year, their second daughter, Adele, was born.

In March of 2021, after Anjali secured a full-time job, the couple began their search for a home. Anjali wanted a condo, since she didn’t want the extra upkeep of a house with a yard.

But Dickson was raised in a detached house and wanted his daughters to grow up with some outdoor space. So the couple set a $700,000 budget for a three-bedroom townhouse with a yard. They agreed that if they didn’t have any luck finding a townhouse, they would look for a condo.

Dickson’s job was in Mississauga, so they focused on neighbourhoods in the city, as well as in nearby Georgetown. Anjali commuted to her job in downtown Toronto, so they also wanted a place within a 10-minute walk of a GO station.

The search: Starting from the spring of 2021, the couple toured five houses: one in Georgetown, and four in Mississauga.

Anjali and Dickson seriously considered a three-bedroom townhouse in Mississauga Valley, located across the street from a school and the Mississauga Valley Community Centre, which had a pool, a fitness centre and a library.

But the nearest GO station was more than a 20-minute walk. Despite the appeal of raising their daughters so close to a school and community centre, they decided proximity to a GO station was their top priority.

In July of 2021, the couple viewed another three-bedroom townhouse, this time in Georgetown. The place was move-in ready and came with a yard. It was also close to a GO station, but Dickson had safety concerns about the commute to his office in Mississauga. Part of the route didn’t have any street lights, which felt potentially dangerous during night drives, especially in the winter.

Direct trains from Union Station to Georgetown only run every 45 minutes during weeknight rush hour, so Anjali was worried she’d be stuck waiting downtown for long periods of time if she missed her train after work.

That same week, the couple found another Mississauga listing. 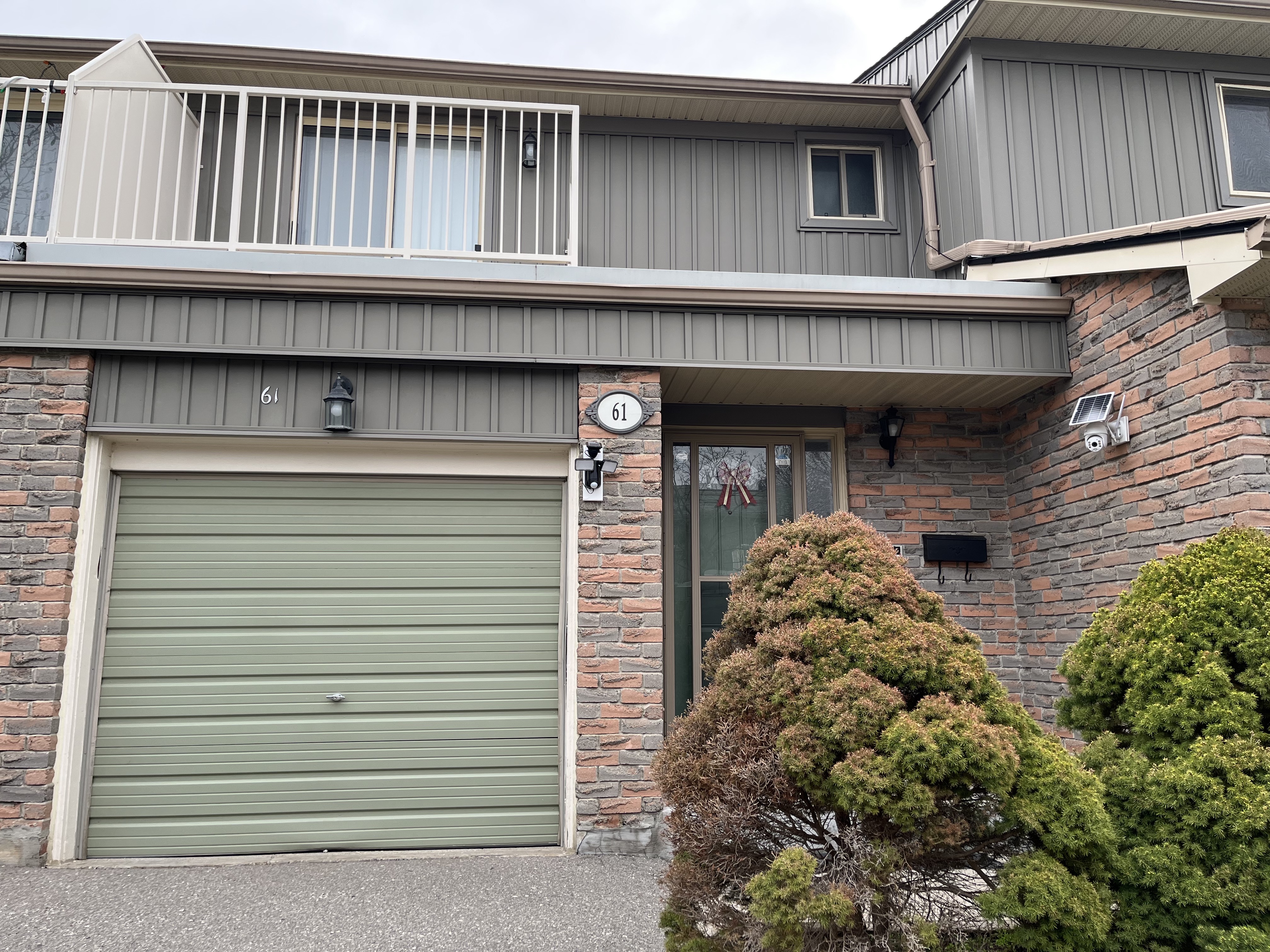 The two-storey condo townhouse had a red-brick and grey aluminum siding exterior, and a small yard in the back.

Inside, there were three spacious bedrooms and one full bathroom. The home was a short drive from Dickson’s office and a seven-minute walk from the Cooksville GO Station. The location was great, but the house itself was in desperate need of some updating.

Built in the 1970s, the house remained unchanged since the sellers purchased it in 2003. The bathrooms required new toilets and tiling, and a leak in the plumbing had caused the ceiling to sag in one section on the main level.

The ‘70s-era kitchen had old appliances and disintegrating cabinets with wobbly hinges. Anjali was also eager to rip out the dog urine-stained carpeting on the upper floor.

Anjali and Dickson weren’t happy with the condition of the home, but the issues were all cosmetic. The home itself was structurally sound. The house was listed at $679,000, which was comfortably within their budget. And while the condo fees only covered basic amenities, like some outdoor maintenance and a communal playground, they were manageable at $550 a month.

The same night as their viewing, the couple decided to make an offer. Factoring in an estimated $50,000 in renos—including $30,000 to update the kitchen—the couple offered $4,000 below asking. When the seller turned them down, they added $10,000 to their initial bid. Later that evening, the seller accepted.

The outcome: In September of 2021, Anjali and Dickson took possession of their new home. To save money, they did most of the reno work themselves during evenings and weekends.

They repainted the entire house and replaced the lighting throughout. Instead of only addressing the bathroom leak that damaged the main level ceiling, the couple opted to overhaul all the plumbing.

They installed three new toilets and a his-and-hers vanity in the primary ensuite. The couple also put in a brand-new ensuite bathtub, having discovered that the old tub was completely clogged by decades of dog hair.

Anjali got rid of the urine-stained carpet upstairs and replaced it with laminate. She also installed laminate to cover the old hardwood in the main level dining and living rooms. One month later, they moved in.

Since moving in last fall, the family of four have settled onto their quiet street. Anjali isn’t pleased with the yard work and driveway shovelling that comes with their new home, but she believes it’s worth it, considering how much her daughters love the place.

Dickson has a 45-minute commute to his new job in downtown Toronto, and Anjali recently started working from home. They’re now saving up for the $30,000 kitchen reno job, which they plan on tackling next year.