These twenty-somethings were content with condo living. Then they found a detached in Rexdale for $735,000

These twenty-somethings were content with condo living. Then they found a detached in Rexdale for $735,000

The buy: A two-bed, one-bath detached in Rexdale 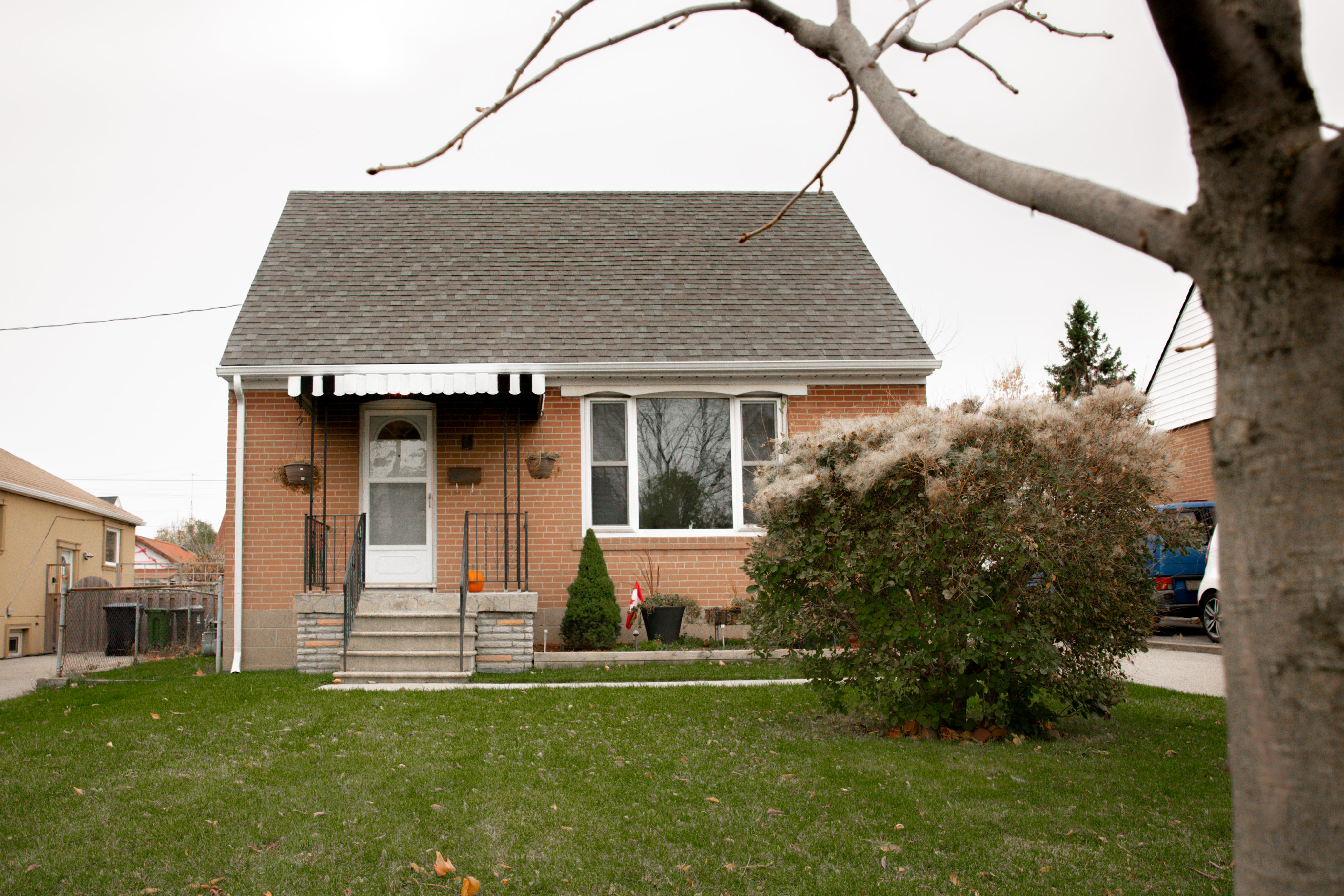 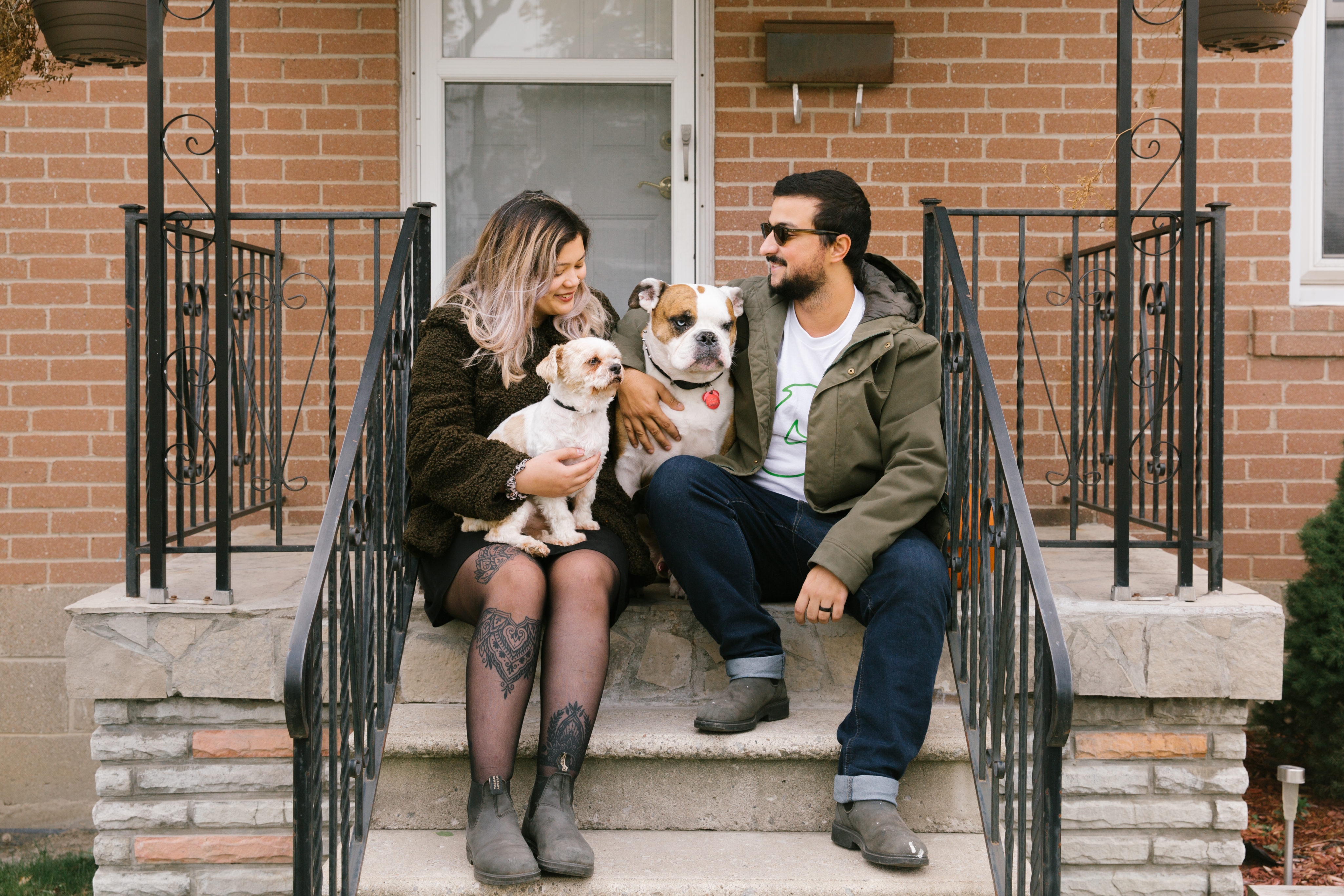 The history: In 2013, Danica and Paul met while they were both studying at Ryerson. Later that year, they moved into their first place together—a two-bed, one-bath apartment at Church and Wellesley, for $1,200 a month.

After graduating in 2015, Danica got a job as an on-air TV promotions manager and Paul got hired as an IT specialist at an Internet service provider. With a combined income of $80,000, the couple started saving up to buy their own place. For the next year, they stopped going out to restaurants and shopping for clothes, trying to cut back on unnecessary expenses. When Danica got a promotion in 2016, their new combined income of $100,000 helped boost their savings.

In 2017, they used $22,000 in savings for a five per cent down payment on a one-bed, one-bath condo near Avenue and St. Clair, listed at $440,000. They enjoyed living in midtown. It felt quiet, especially compared to when they lived downtown during university. Their new building had a Longo’s, meaning they didn’t have to go out for essentials, and St. Clair Station was only a short streetcar ride away when they needed to go elsewhere in the city. Plus, there were plenty of nearby parks to walk their dogs, Lionel, a five-year-old American bulldog and Oliver, an eight-year-old Shih Tzu. (They also have two cats: Curtis and Stanley.)

Danica and Paul, who got married in 2018, were content with condo living. They weren’t planning to have kids, so instead of saving up for a bigger place, they treated themselves by going on trips, attending concerts and festivals and splurging on DJ equipment. But things changed when the pandemic hit.

The move: Danica and Paul started working from home during lockdown. They were fine being cooped up with four pets in their 695-square-foot apartment, even without a balcony, because they could always step outside to walk the dogs. But the couple, who love their DJ equipment, started getting noise complaints from a neighbour. A friend of theirs had also recently bought a detached near Weston and St. Clair, just a few minutes west, for only $550,000. That made Danica and Paul realize they could probably afford a down payment on a detached home if they sold their condo.

In June, the couple listed their place for $646,000, more than a $20o,000 increase from when they bought it three years prior. To avoid the headache of clearing out with their pets each time someone came for a viewing, they moved in with Danica’s parents in Brampton. Danica’s parents were delighted to host Lionel, Oliver, Curtis and Stanley, whom they spoiled like grandchildren.

In the first month of trying to sell their condo, Danica and Paul couldn’t find any takers, even though a comparable unit on their floor had recently sold for $646,000, the same as their initial listing price. Buyers were discouraged by their condo’s lack of outdoor space, which was a must-have for most people in case of another lockdown. So, in mid-July, Danica and Paul decided to relist at $599,000. That price point drew more interest, but they didn’t get a solid bid until August 18, when a buyer submitted $585,000. It was the first offer after the condo had sat on the market for more than two months, so the couple reluctantly accepted. Unfortunately, the buyer backed out a couple of days later.

The couple began wondering if they’d be able to buy a house after all, especially since condo prices had been declining over the course of the summer. But just a week later, they got an offer for $575,000. It was a disappointing $71,000 reduction from the listing price, but Toronto house prices were continuing to rise, so Danica and Paul felt their house-buying window closing rapidly. Instead of holding out for a better bid, they pushed the buyer for an extra $8,000. That sealed it. They sold their condo on September 1 for $583,000, a profit of $143,000, after only three years of owning it.

Factoring in savings and proceeds from their condo’s sale, the couple set a $740,000 budget. Their ideal place: a two-bed, one-bath detached with a big yard for the dogs and hosting summer parties, a garage for their car and motorcycles and a finished basement where they could play music. At first, they focused on the Weston and St. Clair area, where their friend had recently scored that detached for $550,000. But since Paul could work from home permanently, they expanded their search to anywhere in the GTA with access to the TTC or GO Train. That way, during the winter months when Danica couldn’t ride her motorcycle, should could still get to her office near Union Station.

The next day, Danica and Paul viewed a two-bed, one-bath on a quiet residential street in Rexdale. The 1,100-square-foot detached had everything they needed, with a large private lot, a detached garage, a yard and a finished basement. Built in the 1950s, the two-storey home had creaky original hardwood floors throughout the main level, which the couple found quite charming because it reminded them of their first apartment on Church and Wellesley. For the most part, it was move-in ready and listed for $739,000, just under their maximum budget. The place was also right by the 401 and several GO stations, which meant Danica had plenty of options for getting to work downtown.

The couple submitted an offer for $4,000 below the listing price. A similar two-storey home in the neighbourhood had recently sold for $715,000, so they felt like it was a fair price. Their intuition paid off: the seller accepted their offer on September 3.

The outcome: Danica and Paul moved into their new place on October 15, much to the disappointment of Danica’s parents, who were enjoying the company. Still, they were happy to see their daughter find a home. Even though Danica and Paul felt like their condo was undervalued because of Covid-19, the couple is relieved that everything worked out in the end. A few neighbours have already welcomed them to the area, and Danica and Paul have been enjoying the peacefulness and greenery of the neighbourhood whenever they walk the dogs. 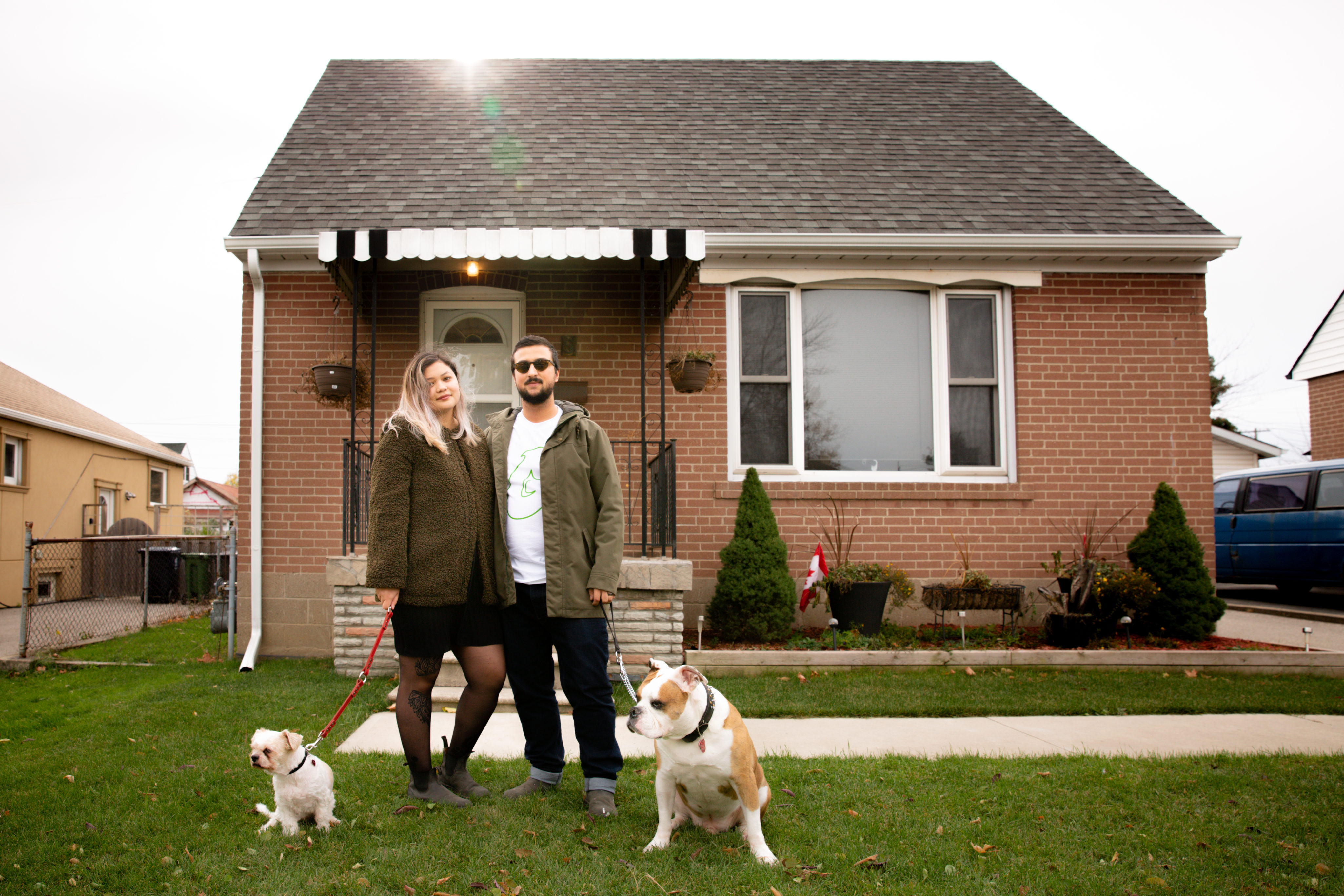 They’re now saving up for DIY kitchen renovations. Paul plans to build new cabinets and replace the ugly linoleum floor, and they might also build a backyard fence and extend the deck. Danica hopes to retire early, giving her more time to volunteer with animal rescue and environmental conservation groups. And since Paul can work from anywhere, the couple’s long-term goal is to move to southeast Asia or South Africa. In the meantime, they’re staying put, with plans to jam out with friends in their new basement—of course, only once gatherings are allowed again.