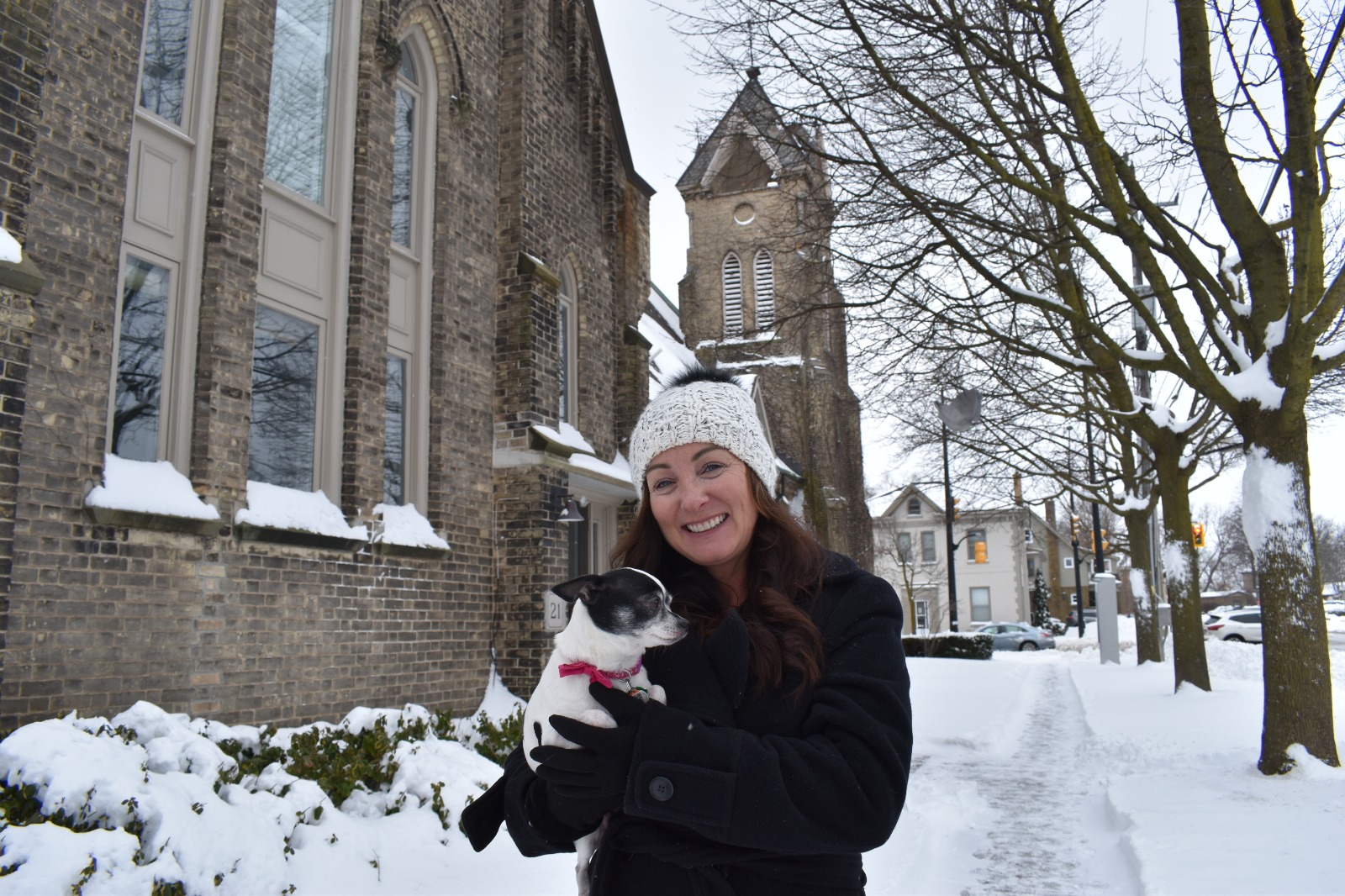 Who: Joanne Sparrow, 52, an HR consultant and professional coach, with her eight-year-old chihuahua, Ava.

By 2017, Jenna had moved out of the house, and Joanne started thinking about downsizing. When the pandemic hit, Joanne began working from home and cut out her hour-long train commute to work. At the time, Emily was still living at home, working as a painter with a local contractor.

The hunt: Through her work as a painter, Emily got interested in the local real estate market. One day, in May of 2020, Emily told Joanne about a building project she’d come across in Brantford.

It was a church built in the 1800s that had been renovated into apartments back in 1998. It was now being converted from a rental building into condo units. 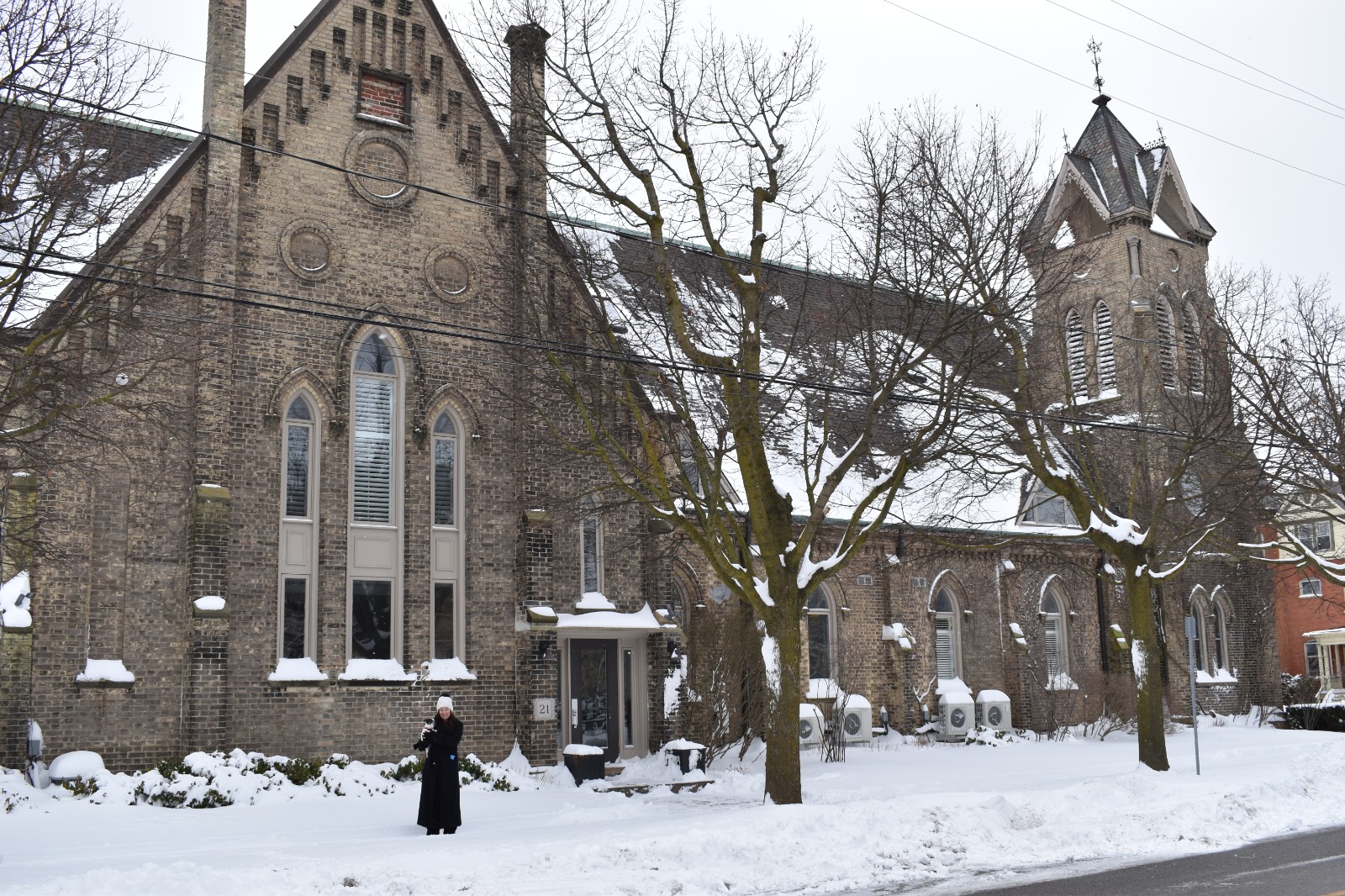 At first, Emily thought Joanne might be interested in buying a unit as an investment. But when Joanne went to see the building herself, she imagined downsizing and moving there. 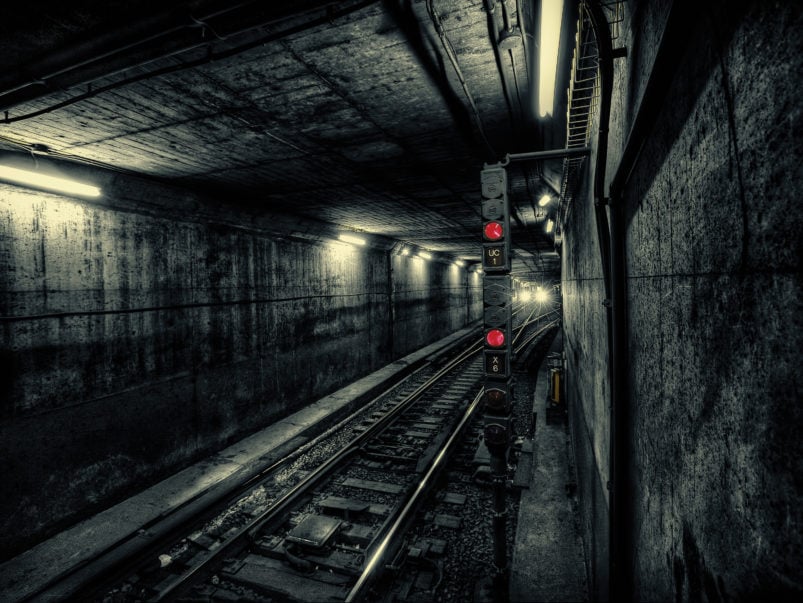 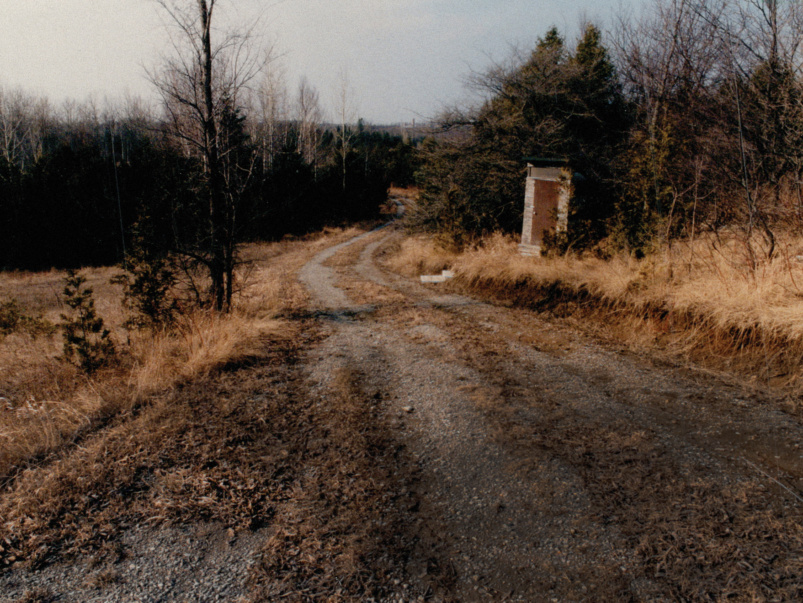 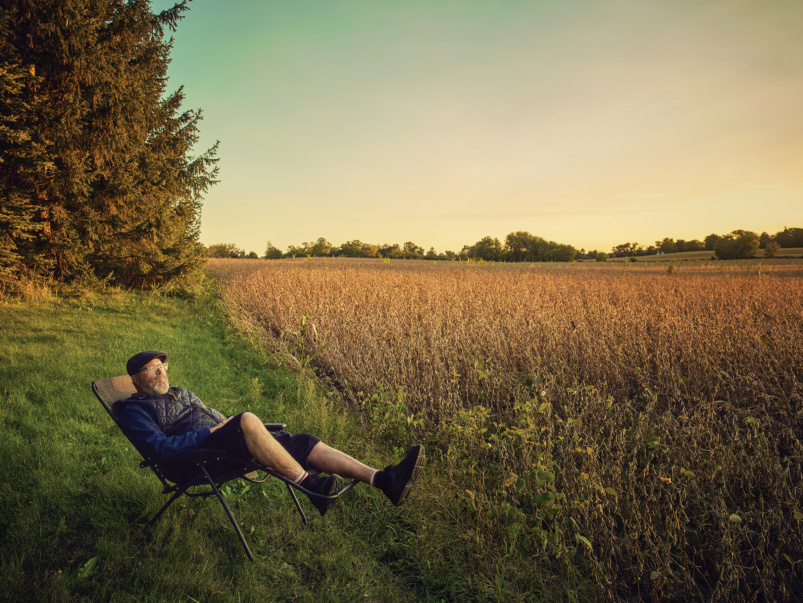 The kitchen and living room were on the main floor, while the bedroom and bathroom were on the upper floor. There was also a landing in the middle of the stairwell where she could set up her home office. 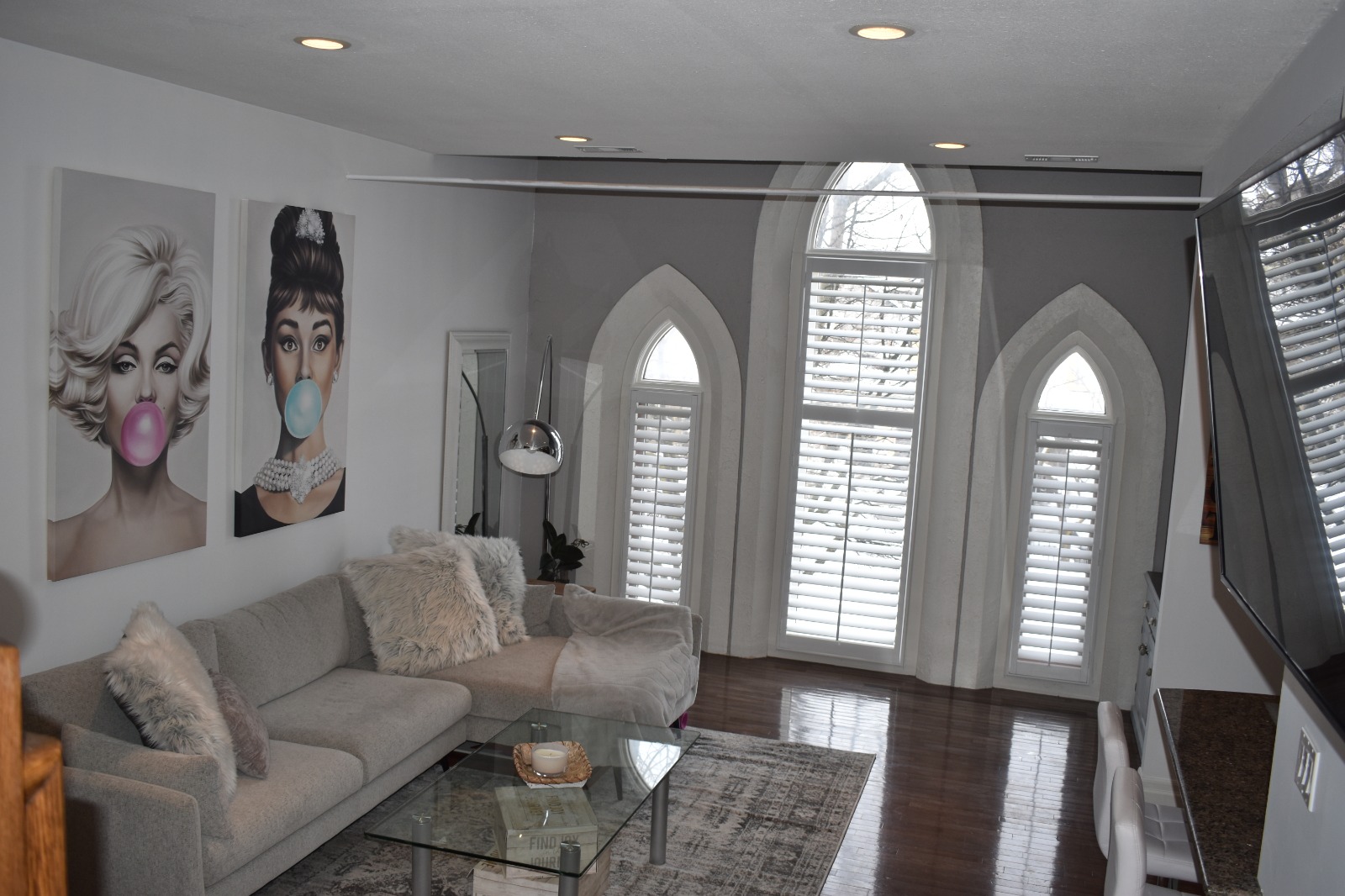 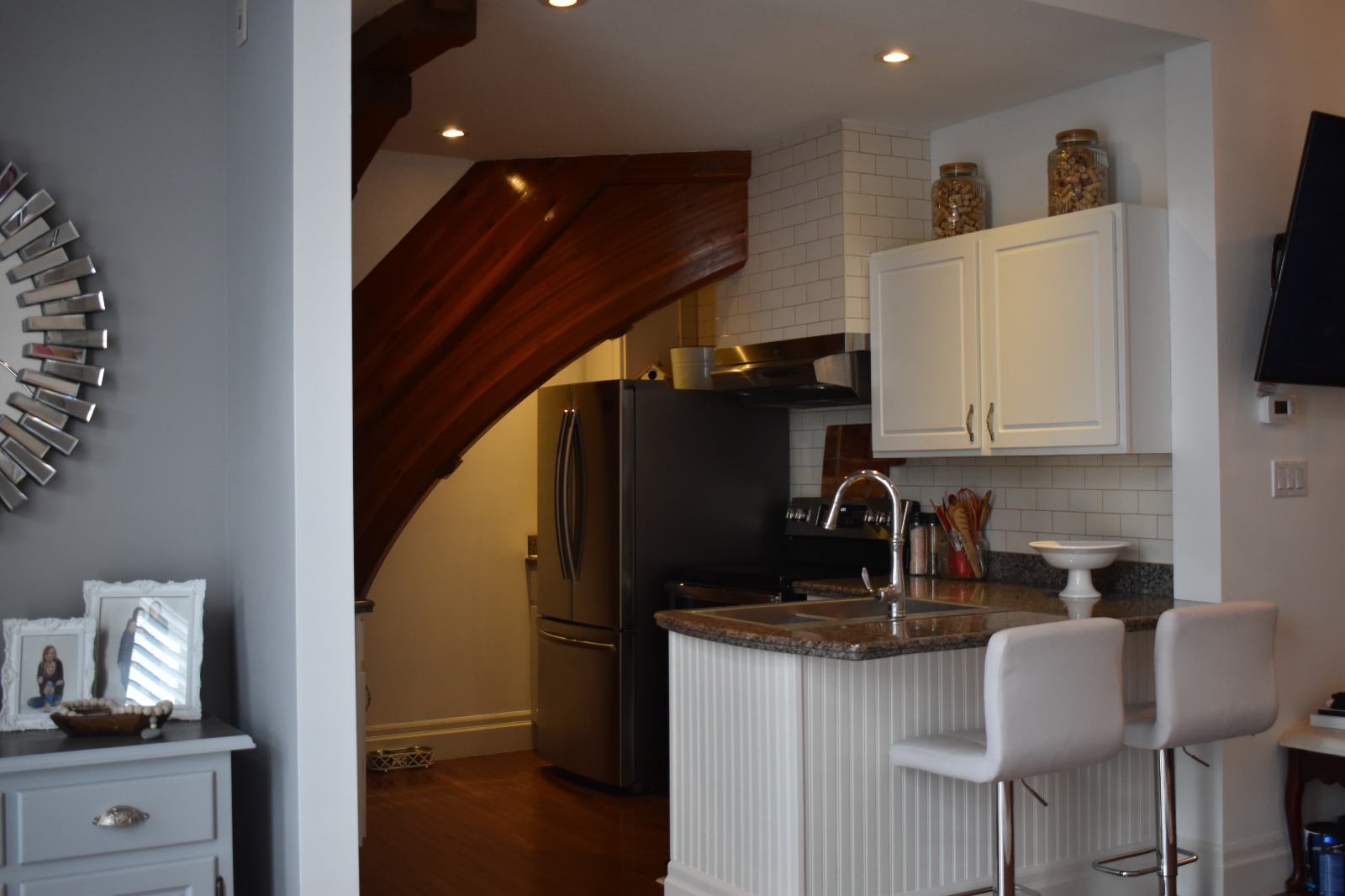 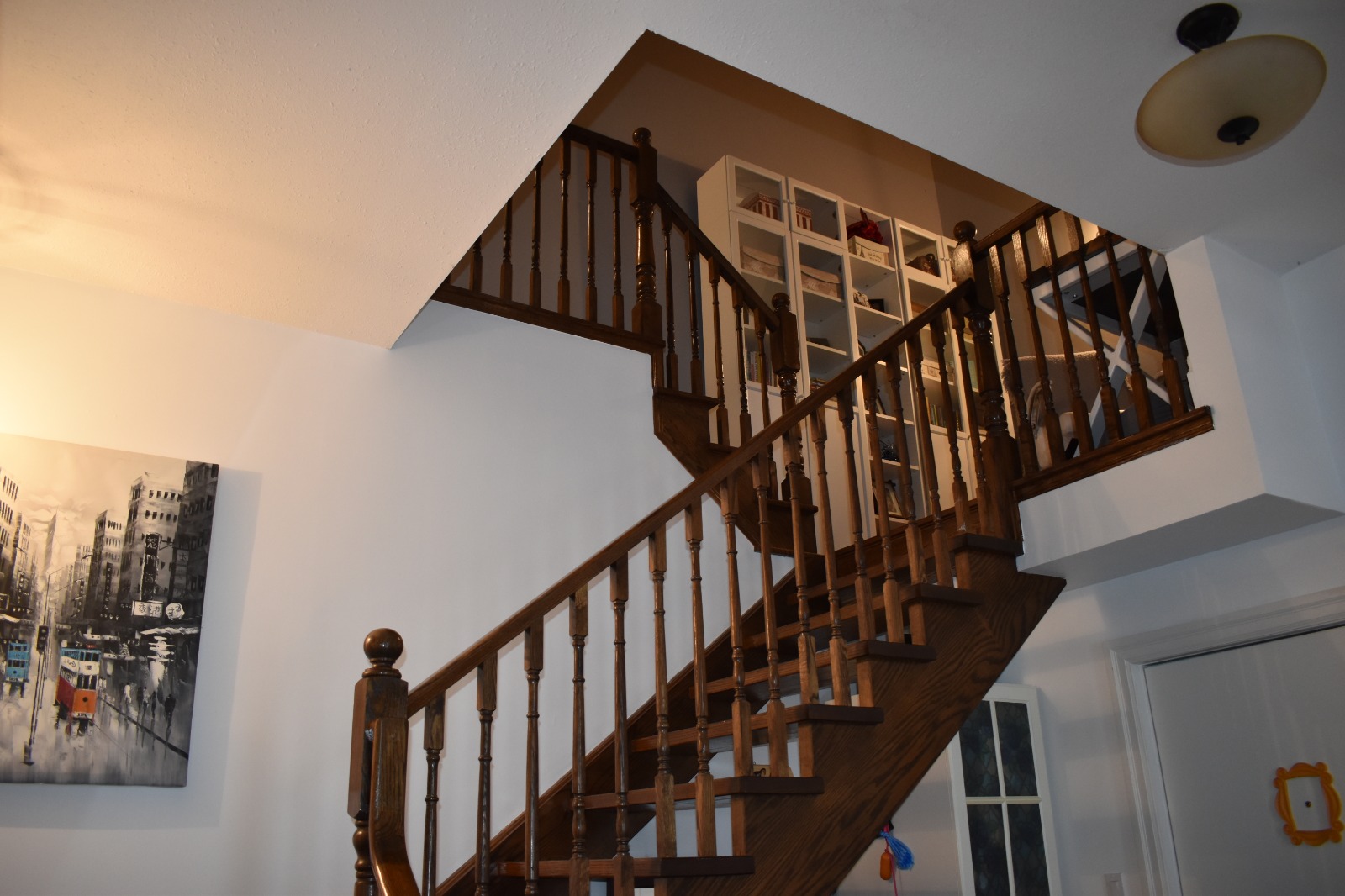 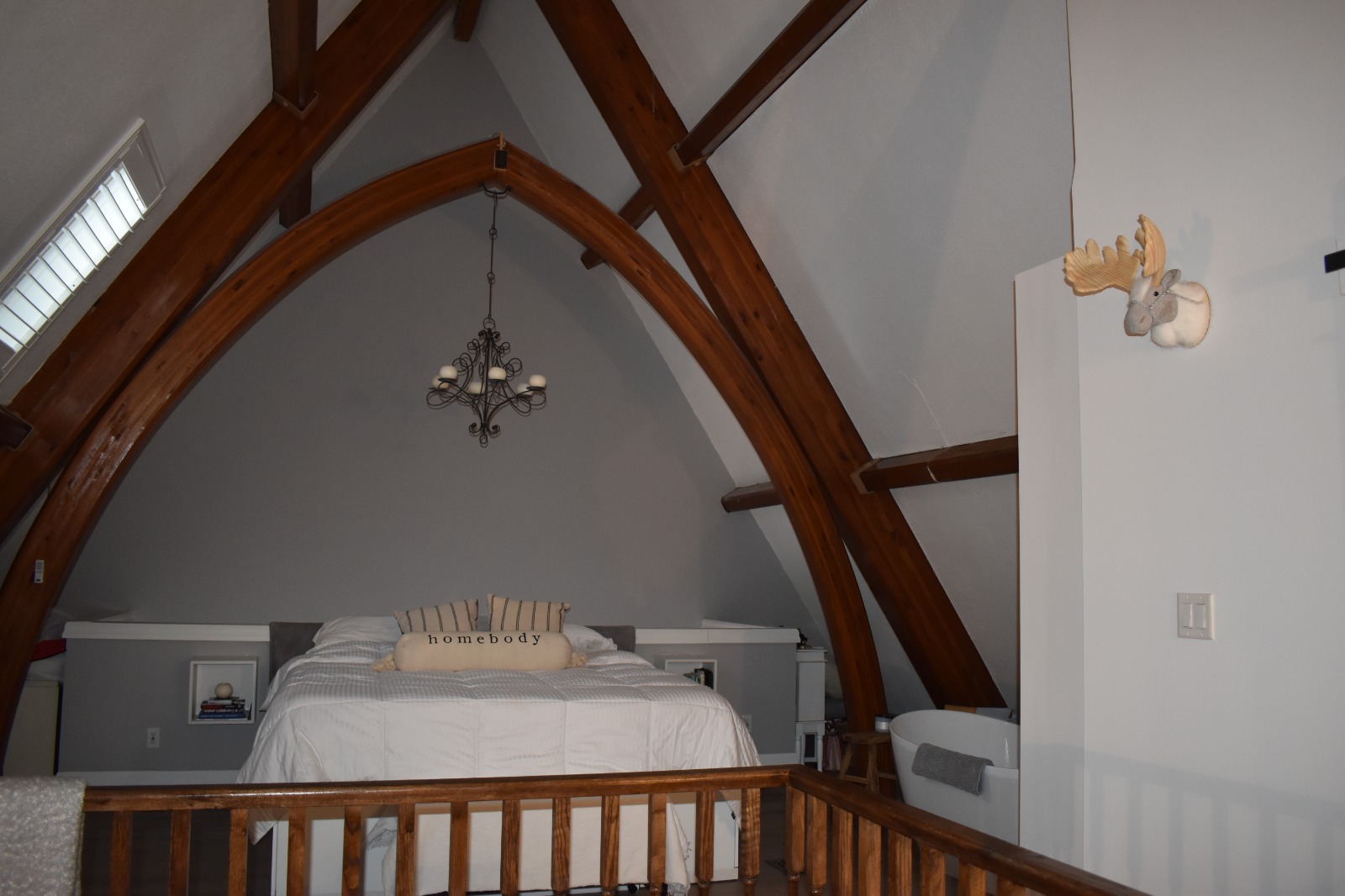 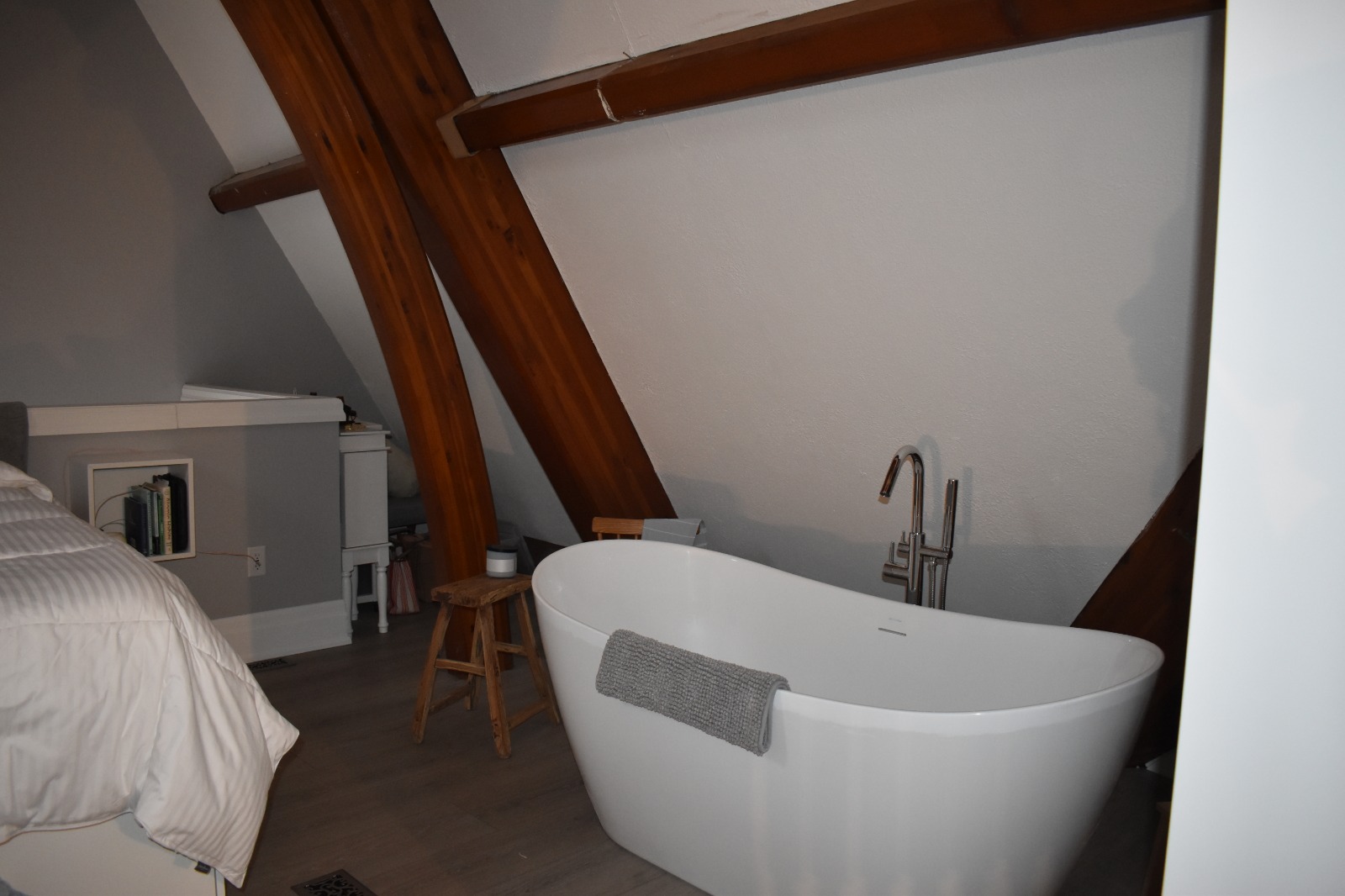 She loved the cathedral ceilings and exposed wood beams, and there was plenty of natural light coming in from the windows. The bedroom and bathroom were dated—there was carpet flooring and a moulded bathtub from 20 years ago—but Joanne figured it could be renovated.

Joanne thought the larger unit was perfect for her, but she didn’t know where Emily would live if they moved out of their place in Oakville. Then, during her drive home, she thought of the solution.

She could purchase both units: the smaller one for Emily and the larger one for herself. Emily and Joanne both spent some time thinking about whether they were ready to move.

Emily’s life and friends were all in Oakville. And Joanne would have to contend with a longer commute to the city, but her work would mostly be remote, and she would only be expected in the office about once a week post-pandemic.

Joanne also needed to crunch the numbers to see if she could afford both units. A lender was willing to offer Joanne a mortgage for both properties, even without selling her townhouse.

But Joanne didn’t feel comfortable carrying three properties. So she planned to sell. Based on comparable properties in her neighbourhood, Joanne figured she could get at least $750,000 for her Oakville place, which would give her a healthy downpayment for both properties, and help cover the mortgages on the two new Brantford units while Emily was getting her career started.

The units had been on the market for 90 days, so Joanne and Emily figured they had some time to make their decision. Two weeks later, in mid-June, Joanne booked another visit to view the units with Emily.

But by the time they arrived, they found out that the unit Joanne was interested in had been conditionally sold. She was disappointed, but luckily, a few days later the realtor called to let her know that the initial buyer’s financing fell through. The unit was back on the market.

A few days later, Joanne listed her townhouse. Her realtor thought she could get $800,000 for it, so they listed it at $799,999. But it was right before the Canada Day long weekend and the markets had slowed, so the home didn’t get any viewings.

The outcome: Joanne and Emily moved into their units on the same day in late August. They see each other almost every other day. They “tag team” their laundry, since there’s a shared laundry room in the building’s basement, and Emily helps out with walking Joanne’s dog, Ava. Emily has a cat, so they split pet-sitting duties if either one is away for the weekend. They also often drive down to London together, where Jenna lives.

In early 2021, Joanne did some renovations. She removed the old moulded tub and installed a walk-in glass shower. The carpet flooring in the bedroom was updated to laminate.

In her Oakville townhouse, Joanne had a hot tub in the backyard, and she missed it. So in her condo, she removed a large built-in closet to install a standalone bathtub, which reminds Joanne of being in a boutique hotel. She also put in some custom cabinets to replace the closet. The grand total for the renovations: about $30,000.

Joanne loves being an empty-nester and the independence of living alone, but she still appreciates having Emily nearby. With the sale of her townhouse, Joanne plans to do more travelling after the pandemic and likes not having to worry about a house while she’s away.

She’s an avid motorcycle rider, so on the weekends, her friends from Toronto ride over to Brantford and they visit cities in southwestern Ontario, like London and Stratford. The condo building is a 10-minute walk from the Grand River, so Joanne bought a paddleboard to enjoy the water in the summer.

Sometimes, she’ll get Emily to drive her to Paris, Ontario, and she’ll paddle three and a half hours down the Grand River, back home to Brantford. Over the winter, Joanne has started cross-country skiing along nearby trails, where she’s spotted deer and other wildlife.

Do you have an interesting real estate story? We’d love to hear about it: realestate@torontolife.com