“It felt like walking a tightrope”: How a realtor and a schoolteacher sold their house during Covid-19

“It felt like walking a tightrope”: How a realtor and a schoolteacher sold their house during Covid-19

Who: Ashot Grigorian, 45, a realtor and postal worker; Lisa McCalla, 39, a schoolteacher and photographer
The sell: A renovated two-bedroom townhouse at King and Niagara 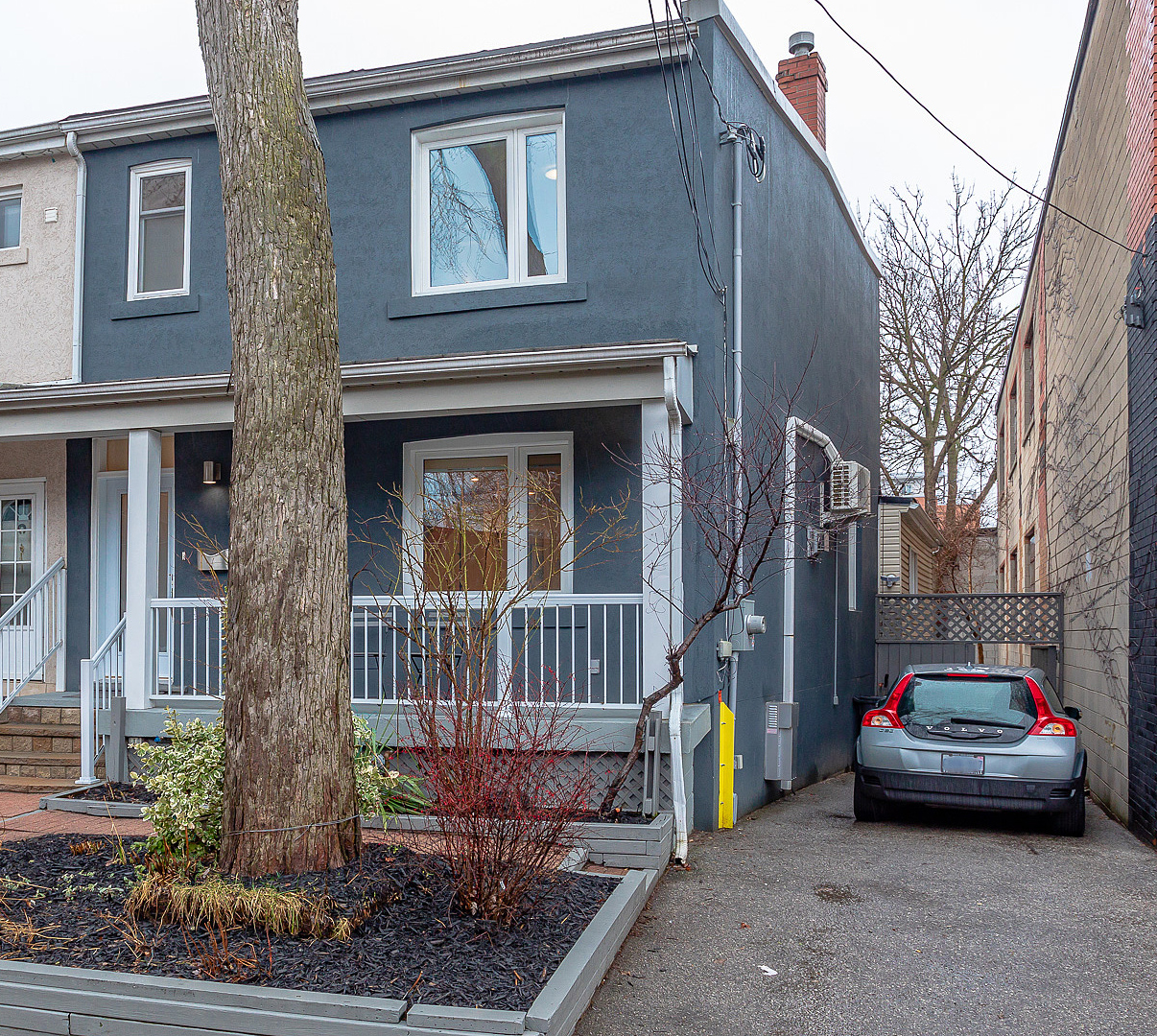 Ashot: I grew up in the Ukraine and came to Toronto with my parents, in 1996, at the age of 21. My parents settled in North York and I lived with them for a while. Eventually, I moved downtown because I wanted to make friends outside of the Russian-speaking community. I did all sorts of jobs. I worked at a factory, an electronics company, Shoppers Drug Mart; played the saxophone at weddings; and delivered mail for Canada Post. Eventually, I became a realtor, but I still work as a letter carrier and bring out my saxophone for the occasional gig.

Lisa: I grew up in Toronto and studied photography at Ryerson. I met Ashot through a friend in 2002. We hit it off right away and we’ve spent almost every day together since. In 2005, we got married at Casa Loma and started saving to buy a place. Ashot and I both juggled multiple jobs. Along with working as a high school teacher, I run a wedding photography business. In 2012, we went to see Jiro Dreams of Sushi at TIFF and randomly started walking west on King Street. We ended up in King West, just past Bathurst, and really liked the neighbourhood. I said to Ashot, “This is where we should move.” About a month and a half later, we bought a two-storey townhouse in the area for $668,000.

Ashot: The place was built in 1896 and had barely been updated. We redid the drywall, updated the kitchen and electrical, got new carpets and opened up the dining room. We did some of it ourselves and got friends to help out. We probably spent $200,000 on renovations. In 2014, our twin boys, Leo and David, were born. We started thinking about finding a new place in 2017, because we wanted more outdoor space and privacy.

Lisa: We really enjoyed our time in King West, but we wanted to live somewhere with a cheaper mortgage to gain more financial independence. That way, Ashot could concentrate on his real estate career and we wouldn’t have to take on extra freelance jobs to supplement our income. We also wanted to be closer to our parents, who live in North York and were getting sick of driving downtown whenever they wanted to see the boys. In January 2020, we found a 1970s four-bedroom split-level house on a corner lot in Thornhill, near Bayview and John. It was five minutes from my parents’ place. Plus, it had a nice side yard and lots of natural light in every room. That’s when we first heard about coronavirus, but we didn’t get a sense that it would affect the purchase.

Ashot: The house was listed for $999,000. On January 8, we put in a bully offer of $1,390,000, since the sellers were doing a lot of showings and there seemed to be a lot of interest. They changed the offer date to January 11, probably hoping to get another bid at the last minute. But they ended up accepting our offer with a closing date of April 8. Then we had to sell our place in King West. It’s funny, because it was basically ready to go in February, but we took our time doing some little improvements and getting great photos. We wanted to earn enough from the sale to pay off the mortgage on our new place, and maybe even purchase an investment property. When we put it on the market, we thought our biggest challenge would be listing during the March break, because potential buyers could be on vacation. I don’t think either of us expected lockdown measures to come into effect so quickly. We started to panic on March 12, when the Ontario government announced that publicly funded schools like Lisa’s would be shut down for two weeks following spring break. Then cafés and restaurants were closed on March 16. Things were changing day-to-day. We didn’t know what was going to be allowed. It felt like walking a tightrope.

Lisa: At that point, in mid-March, scary stories were starting to come out of Italy and Spain. We’d decided that the listing would go live on March 19, and there was no changing that, because we were worried about the pandemic worsening and bridge financing being too expensive if we didn’t sell quickly. We were hoping for at least $1.9 million, but we listed low, at $1.5 million, thinking it would bring a lot of people out for offer night on March 26. Suddenly, since my school had shut down and restaurants were closed, we didn’t even know if we’d be able to show it. People were scared, and the rules about in-person interaction were still unclear. Would it be possible to sell a house without showings, just based on photos and video? Was someone really going to drop nearly $2 million on a house they couldn’t see in person? It was so stressful. I said to Ashot, “If this house doesn’t sell, I could have a heart attack.”

Ashot: We were waiting for a directive from the city and provincial real estate bodies about showings, but at that stage there was nothing. We decided that holding an open house would be irresponsible, so we ended up having nine private showings. I found a one-litre bottle of hand sanitizer under the sink, leftover from when the boys were born. We had the bottle at the entrance and cleaned everything down with Lysol wipes when people left. We stayed in an Airbnb because sleeping at the house didn’t seem safe, either for us or the prospective buyers.

Lisa: All this time, our bank was being really noncommittal. They wouldn’t give us a firm answer on whether we’d be approved for bridge financing if we couldn’t sell the house. Ashot thinks I’m a pessimist, but I worried we might not have any offers at all. On offer night, March 26, we had two: one was $39,000 below asking, and the other started at $1.6 million and went up to $1.75 million. We didn’t know what to do. It wasn’t as much as we hoped, but things were unpredictable in the market and we didn’t know what would happen if we tried to wait it out. We went to bed after the offers came in and neither of us could sleep. I felt like I was having a panic attack.

Ashot: In the morning, our listing agent called and said he couldn’t sleep either. He was freaked out. He said he thought if he could get the offer to $1.8 million, we should take it. He managed to talk the buyer up: it was an offer without conditions and the closing date was April 21, only two weeks after our new place in Thornhill. Given the circumstances, it was probably the best offer we could get. We accepted.

Lisa: This craziness taught me that you can’t spend your life worrying about what you should have done. Did we get exactly what we wanted? No. Do we still have a mortgage on our new home? Yes. We’ve also had to put our plans for buying an investment property on hold. But we’re grateful. At least we have a house. At least we’re alive. At least we have our health. That’s how I feel now, anyway.

Ashot: We’re back in the King West house now. We’ll move out by April 23, but we’re not sure when we’ll move into the house in Thornhill. We’re waiting to see if it’ll be possible to renovate the kitchen. Who knows when we’ll be cleared to have contractors take on jobs? In the meantime, I’m still delivering letters and Lisa is teaching her students online. We’re lucky to have a steady income in the middle of this crisis.