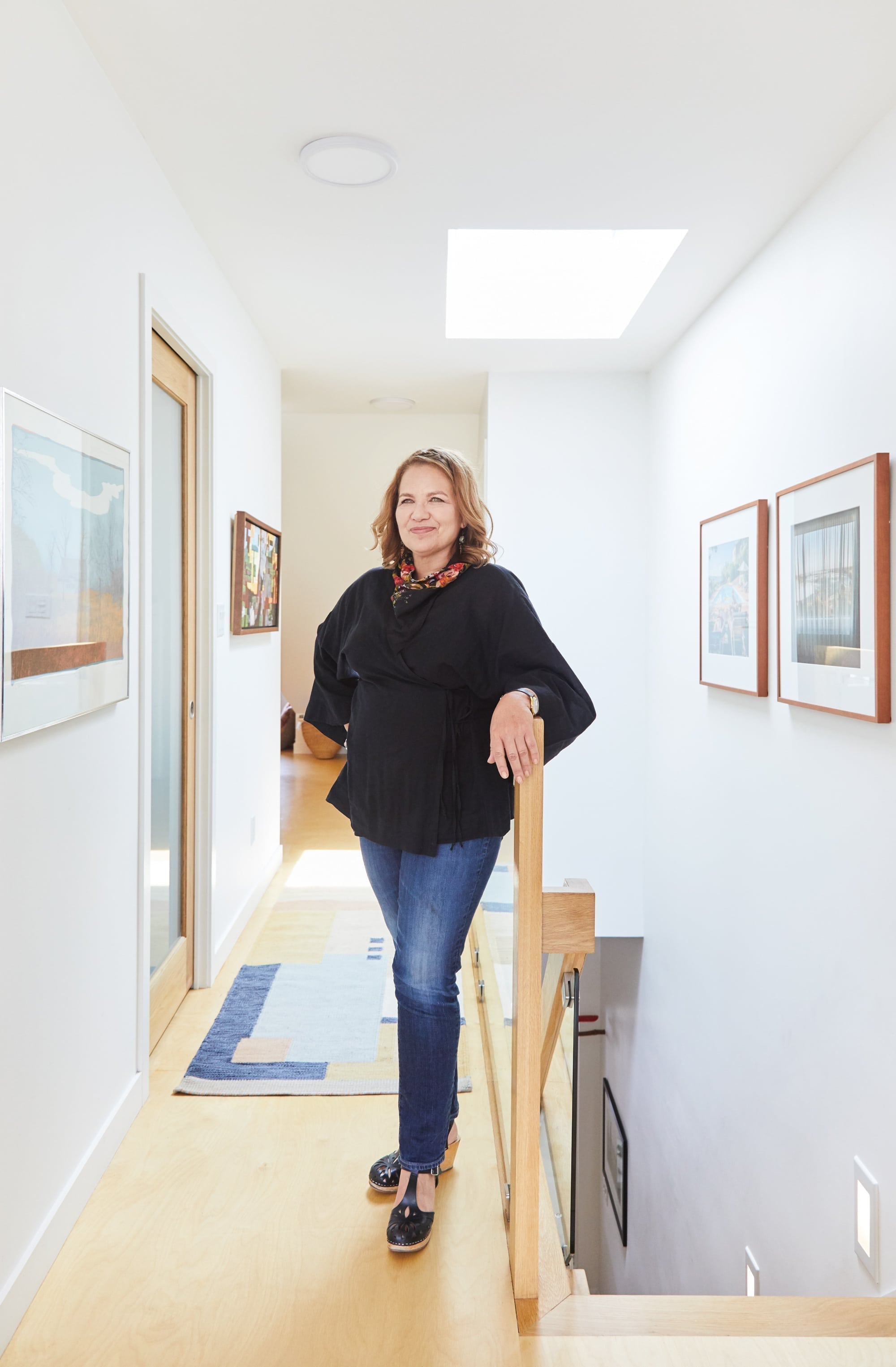 Who: Lisa Lev, a 55-year-old interior designer; her husband, Stephen Myers, a 55-year-old lighting technician for film; and their kids, Julian, 16, and Eva, 20.
Where: Swansea

“I used to work in my dreary basement,” Lisa says. “It’s the worst for an interior designer, because there’s no natural light.” Relocating the office upstairs was impossible, because space was maxed out in the three-bedroom Victorian semi she shares with her husband and kids. “We searched for four years for a house with just one extra room,” Lisa says. “Nothing was within our budget.”

In 2014, she popped the hatch to the attic to scope out the house’s neglected third floor. “It was literally a hole,” she says. “There wasn’t even a staircase.” Further exploration revealed an eight-foot ceiling.

She redesigned the dust pit into a 450-square-foot, Zen-like master bedroom with an ensuite bathroom. Baltic birch, white oak and slate finishes give the attic an earthy look. Pocket doors with translucent panels divide the bath and bedroom while allowing light to filter through. A meditative nook tucked under the pitched roof is dressed in a bohemian carpet and Moroccan pillows. At the landing of the new staircase is a sun-splashed den where large, west-facing windows frame the trees beyond.

And that office? It’s now located in the former master bedroom. Stephen has turned the basement into a photography studio. 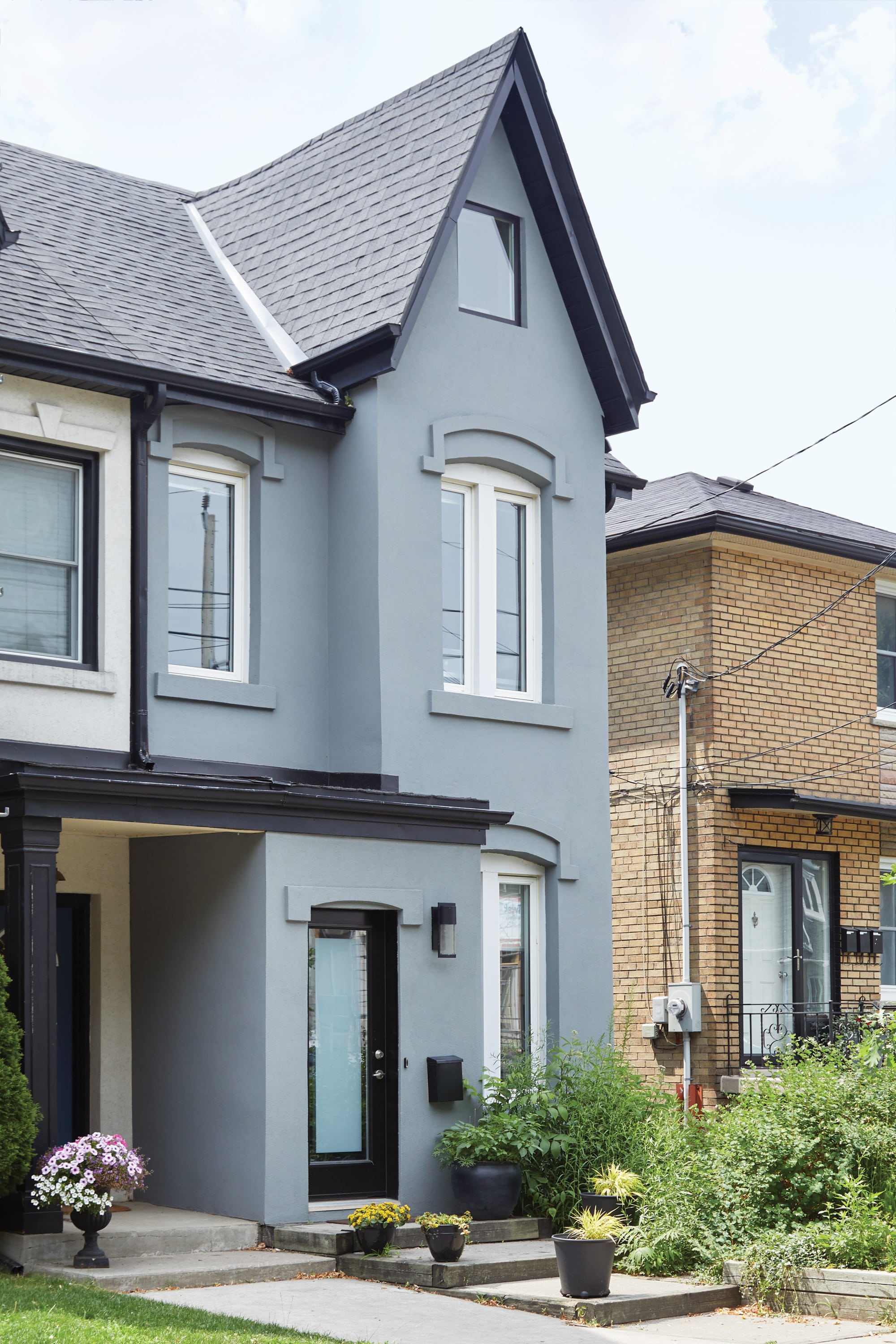 The wood bowl is from Snob, on Carlaw, one of Lisa’s favourite stores. The couch and ottoman are custom. “I had them covered in a woven fabric,” Lisa says. “A lot of people really like them because they’re yellow, which is unusual.” 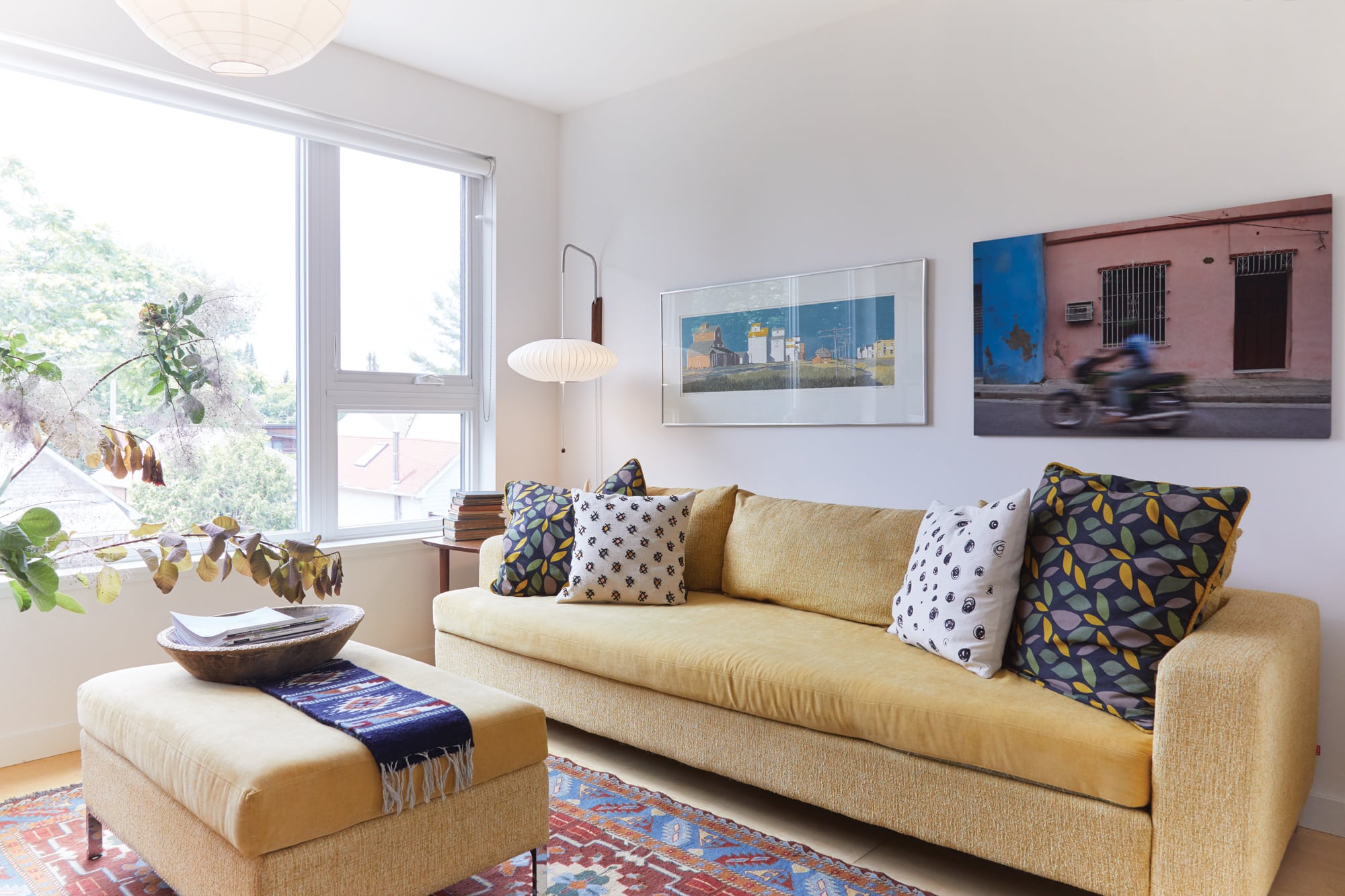 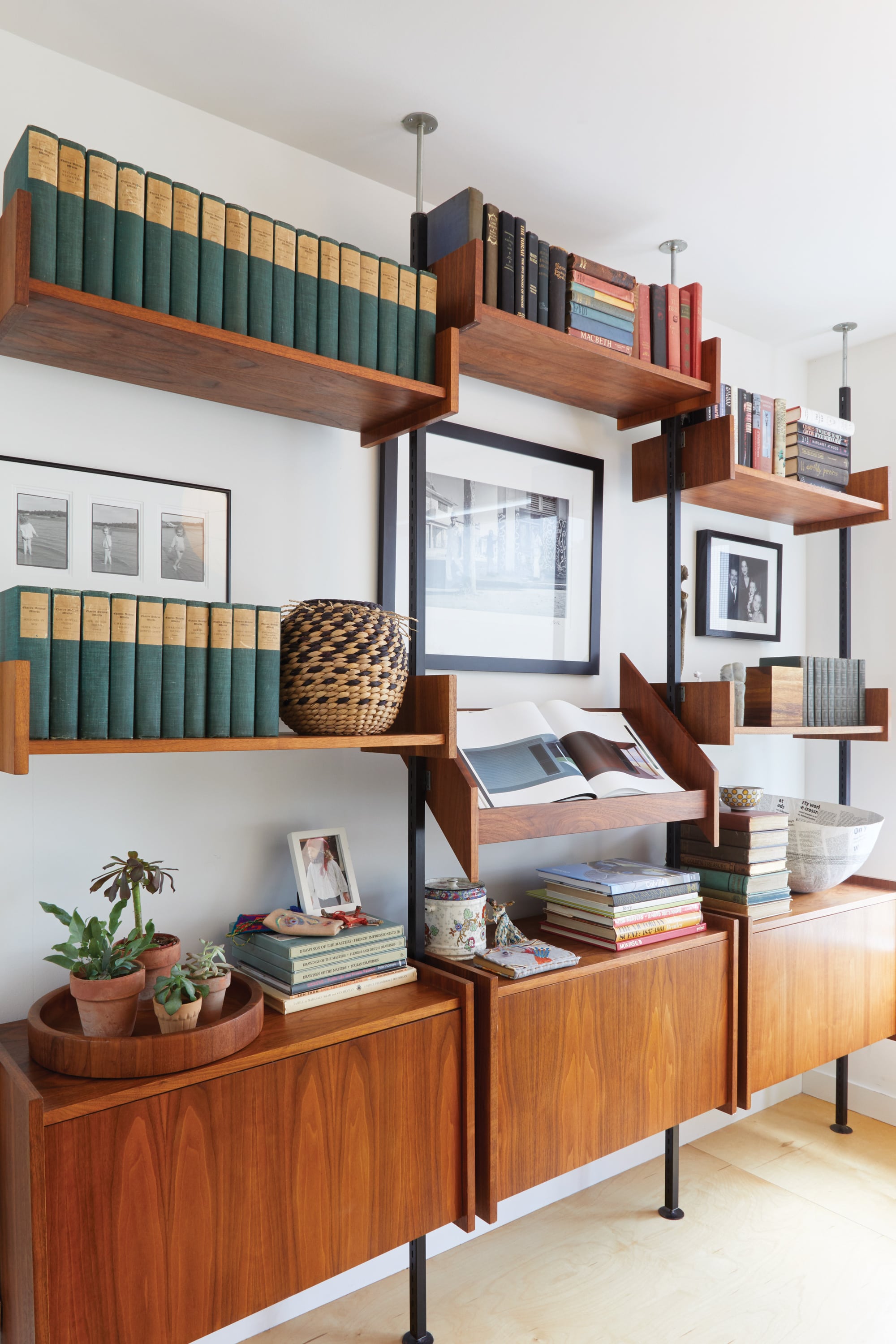 Stephen took these photographs of Niagara Falls and Umbria: 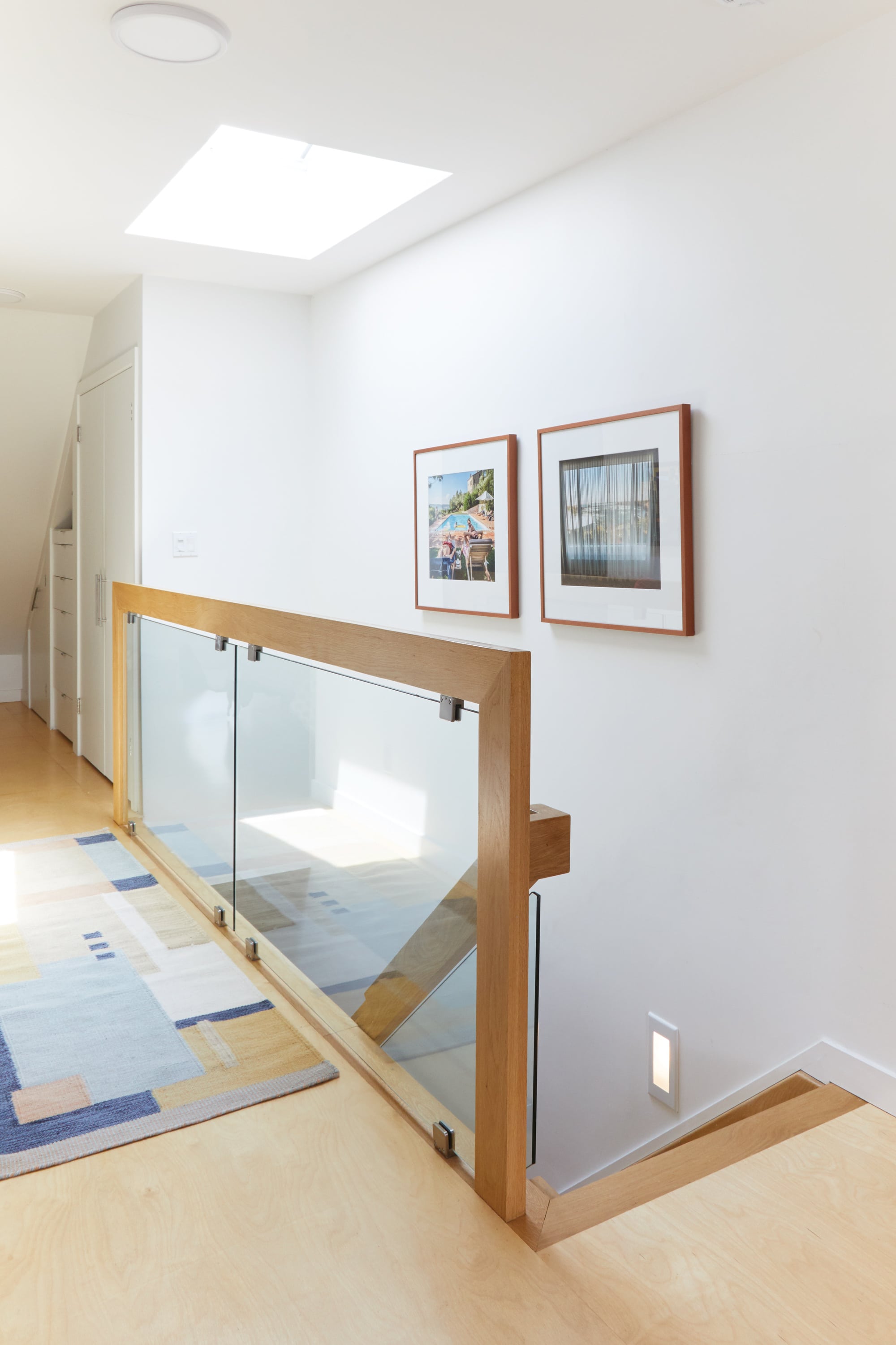 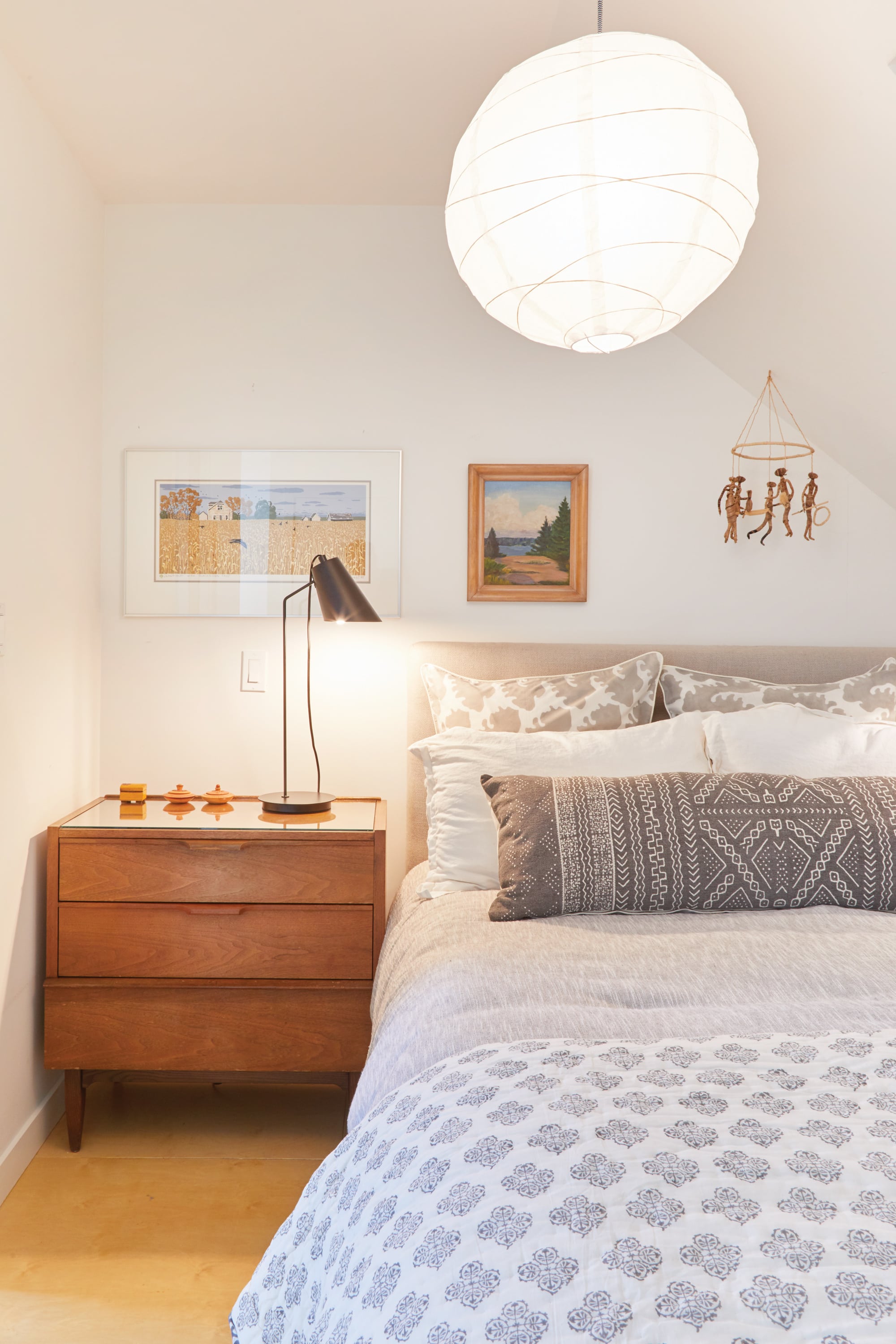 Clothes and shoes are stashed behind built-ins that make use of the slope of the roof: 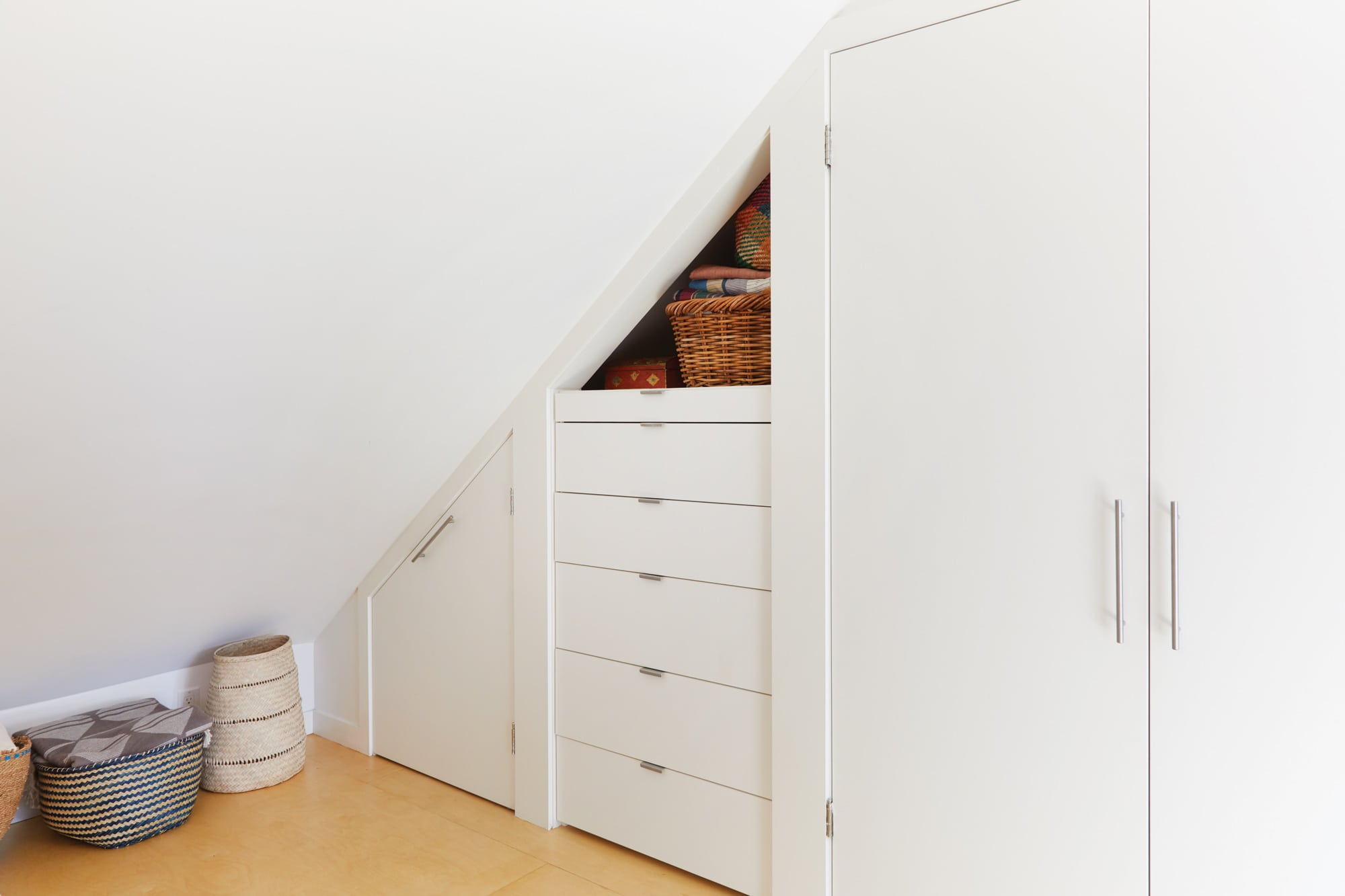 A nook is transformed into a lounge with some Moroccan pillows: 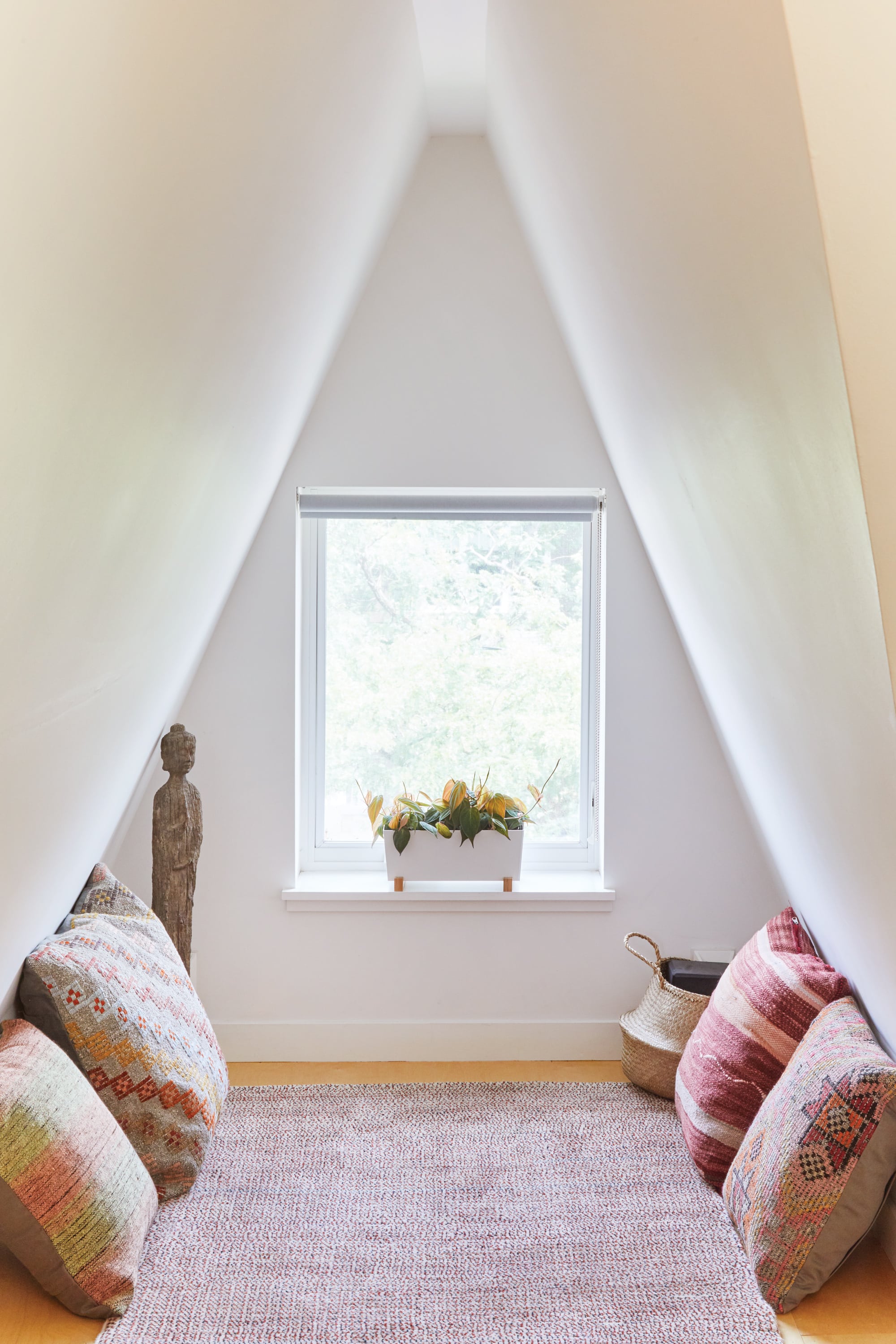