House of the Week: $5 million for a detached in Lytton Park with a pool and a wine cellar

House of the Week: $5 million for a detached in Lytton Park with a pool and a wine cellar

A three-storey house in Lytton Park. The five-bed, four-bath detached has a red-brick Victorian façade. Inside, there’s wainscotting and crown moulding that evoke the grandeur of an 18th-century mansion. And in the back, there’s a secluded pool and cabana.

Built in 1911, the home was converted into a duplex in the 1930s. As part of the conversion, a vestibule was added to the front of the house.

In 2006, the current owners, a family, bought the place for $1,670,000. They spent the following year doing an extensive rebuild to convert the duplex back into a single-family home. Keen to preserve the nearly century-old Victorian exterior, they kept the original roof, as well as the north, west and east exterior walls.

They completely rebuilt the interior floor by floor and added a new south-facing wall. The owners then installed modern plumbing, HVAC and electrical throughout. This fall, with the kids all moved out, the owners decided to downsize and put their place on the market. 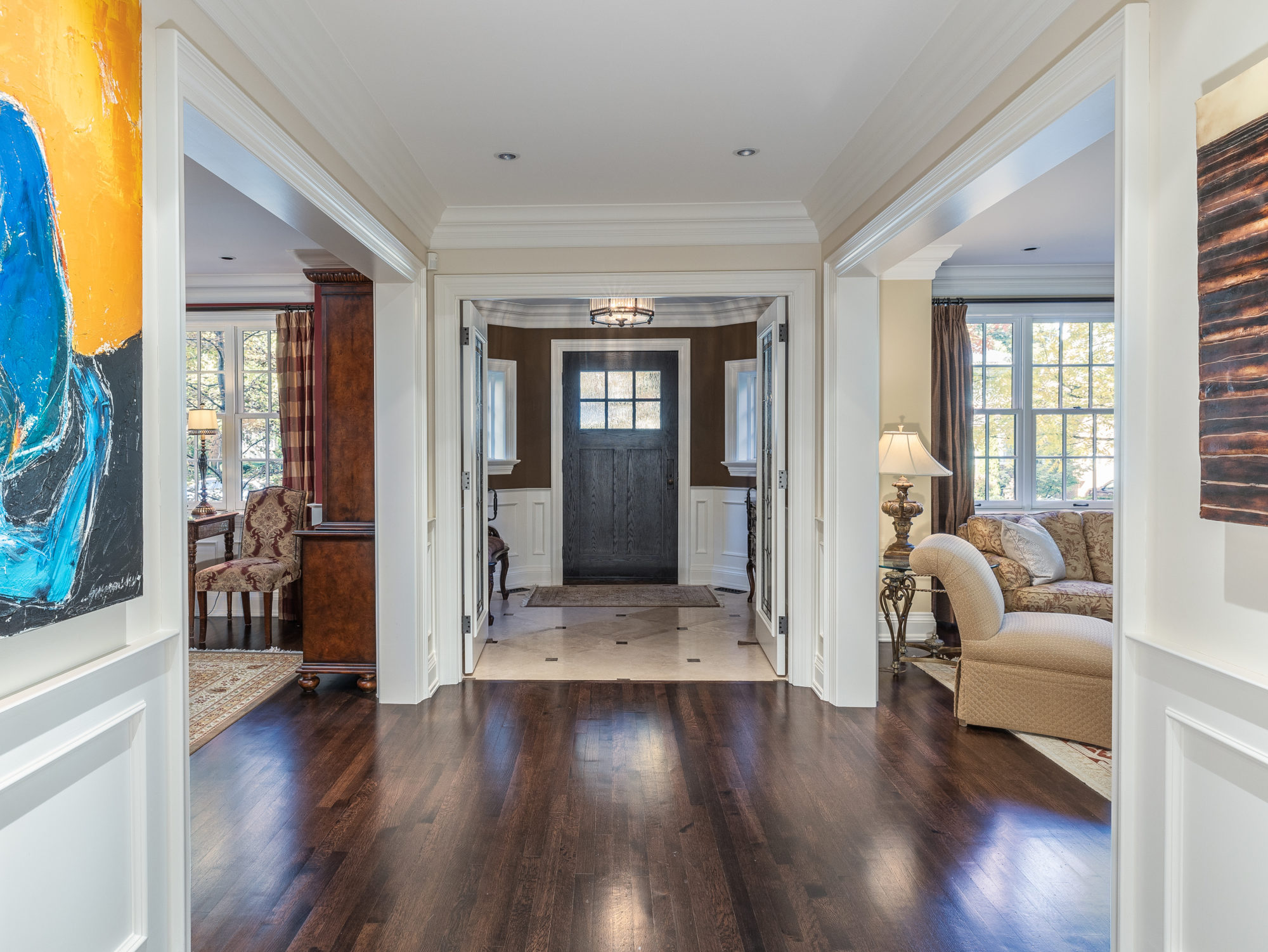 In the living room, there’s a wood-burning fireplace: 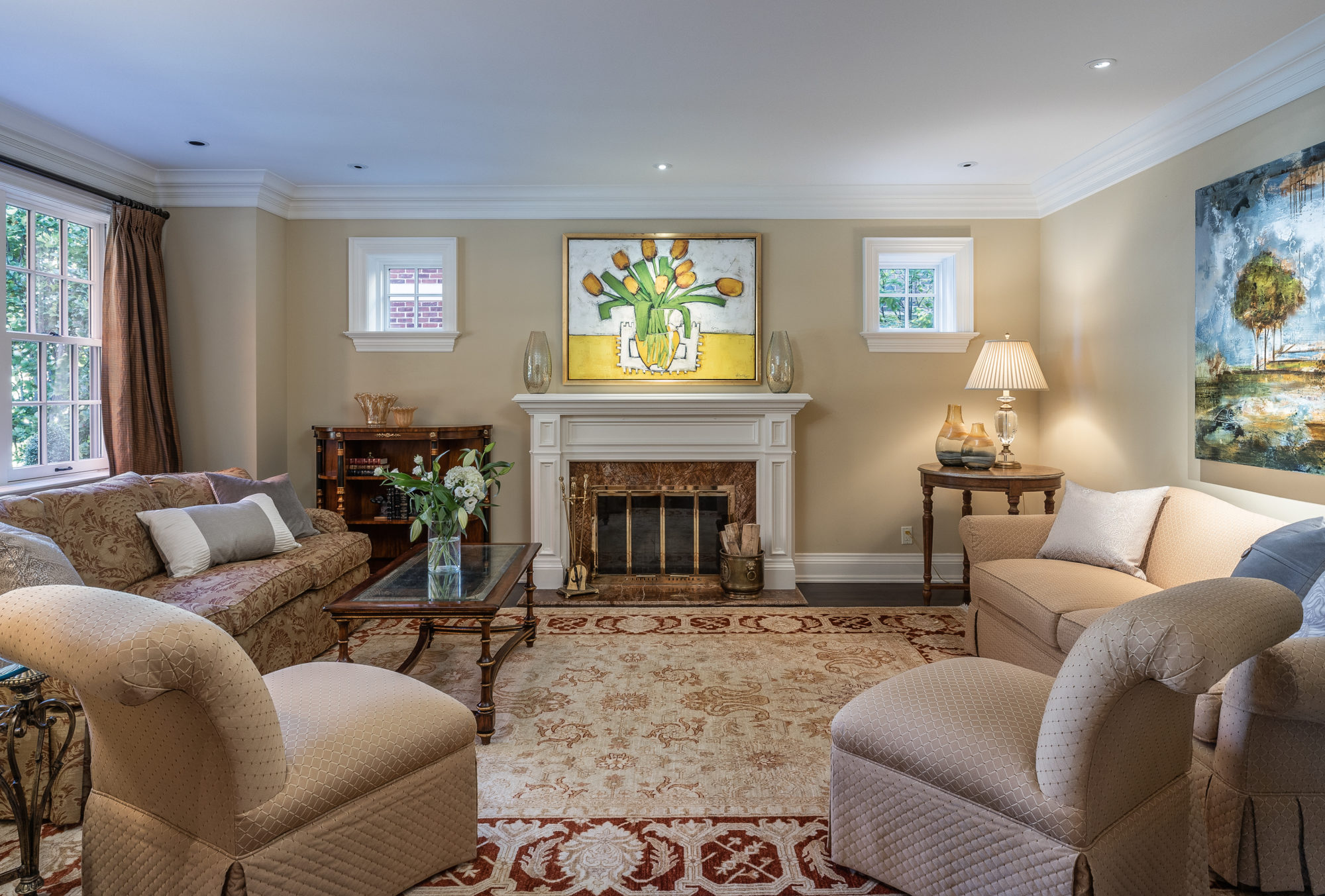 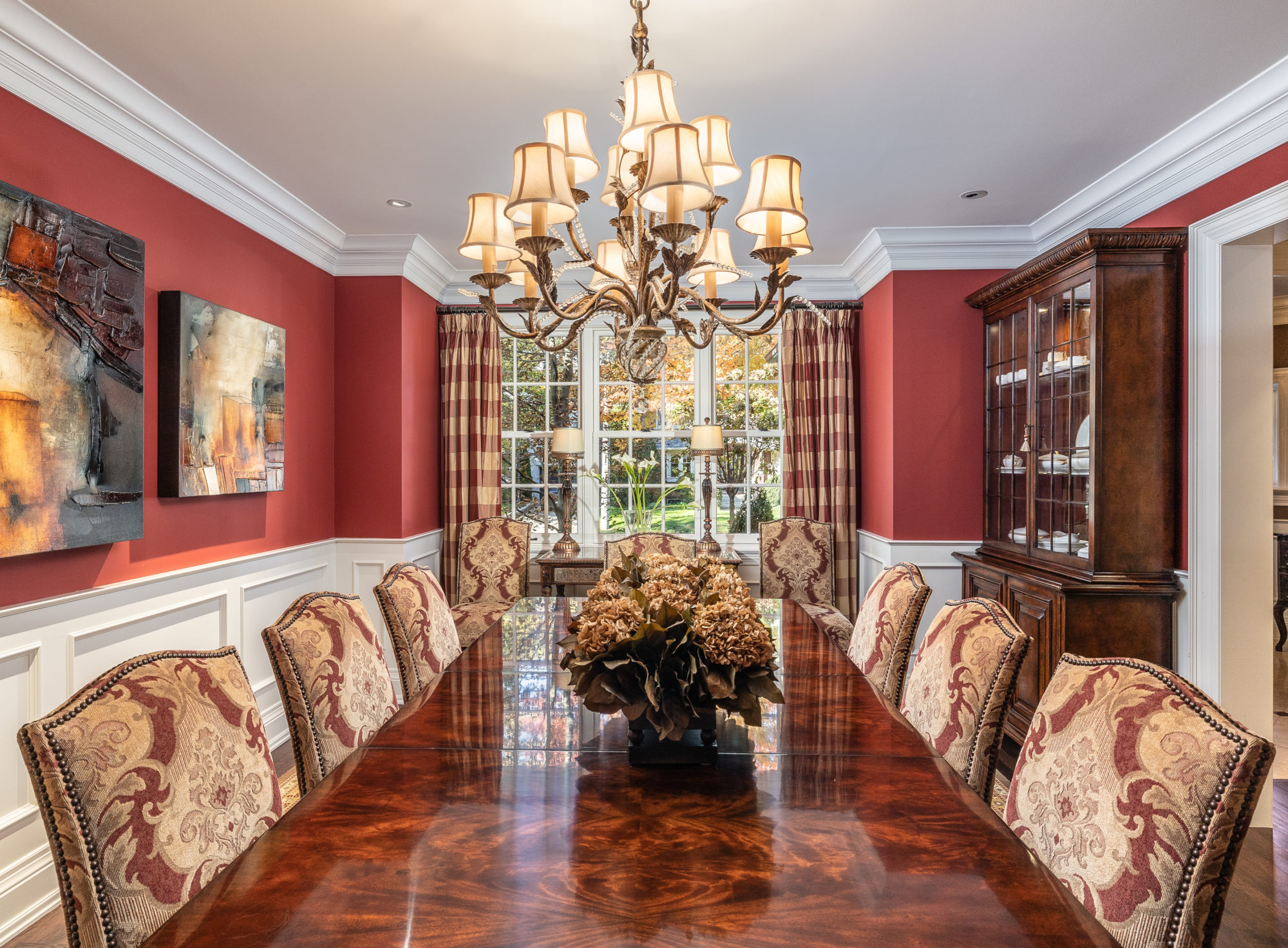 The family area has built-in shelving and a wood-burning fireplace with brick surround: 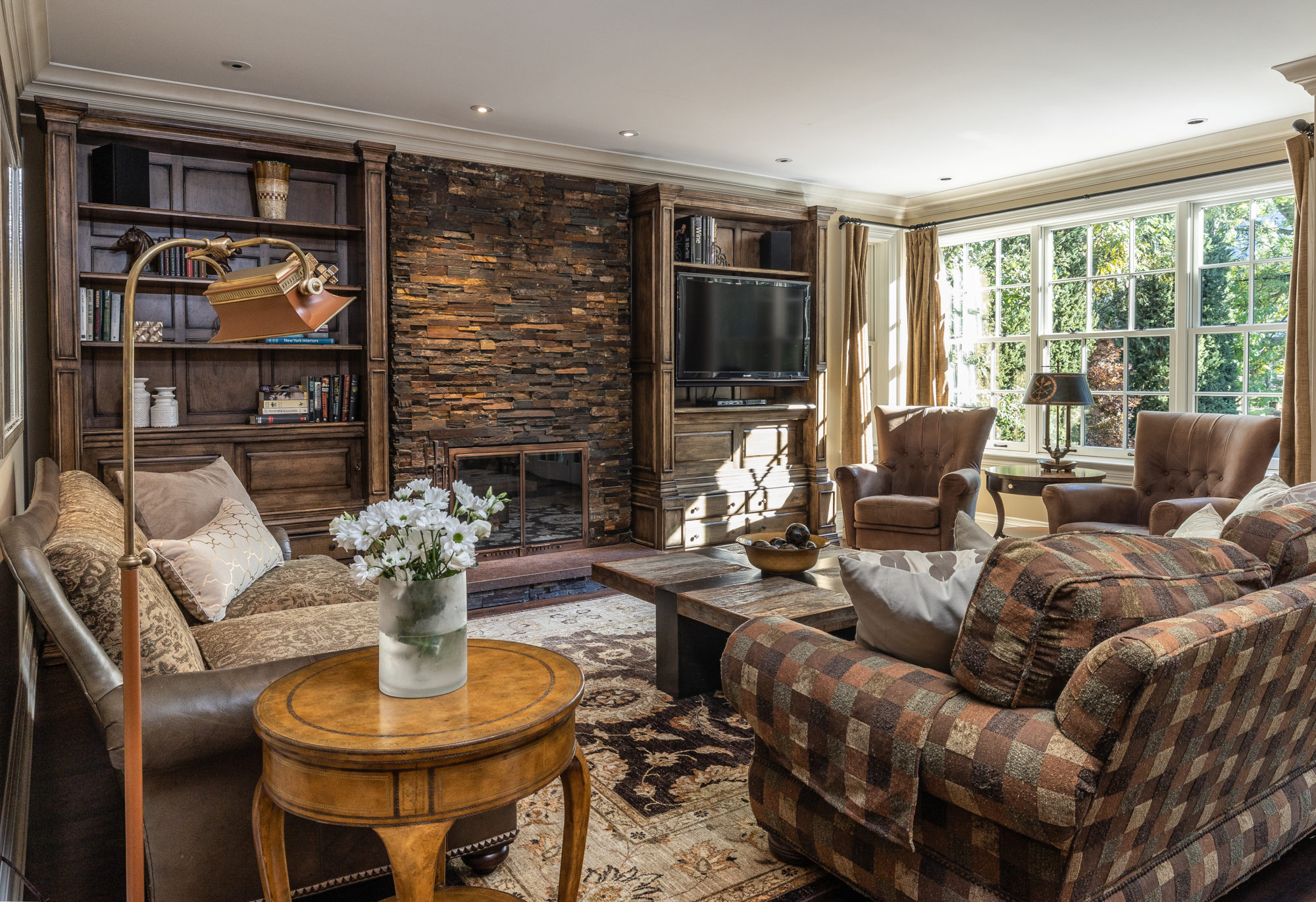 Here’s the kitchen. There’s custom cabinetry and a island made from a single slab of granite: 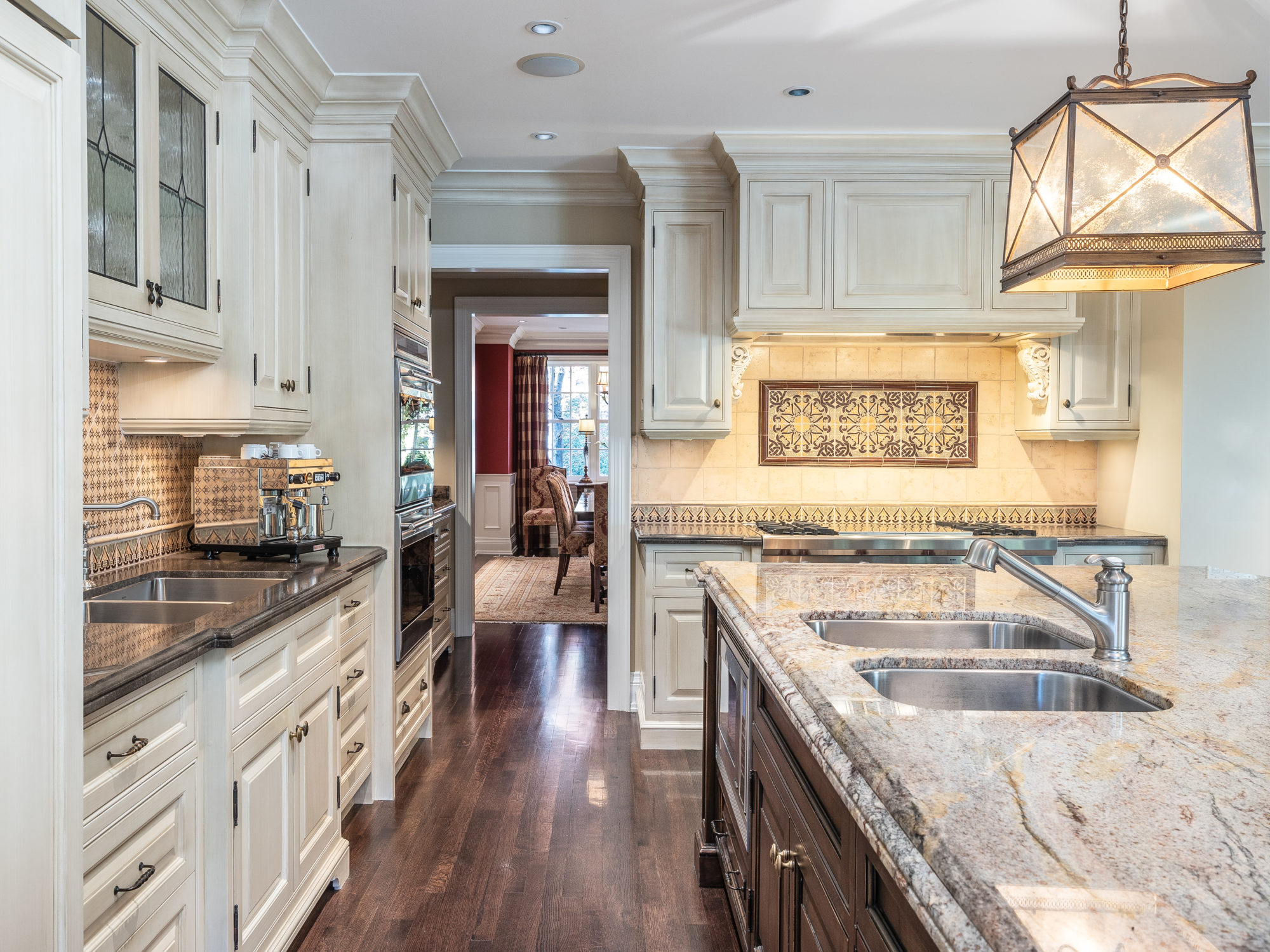 Next to the kitchen, this breakfast nook has a view of the back patio: 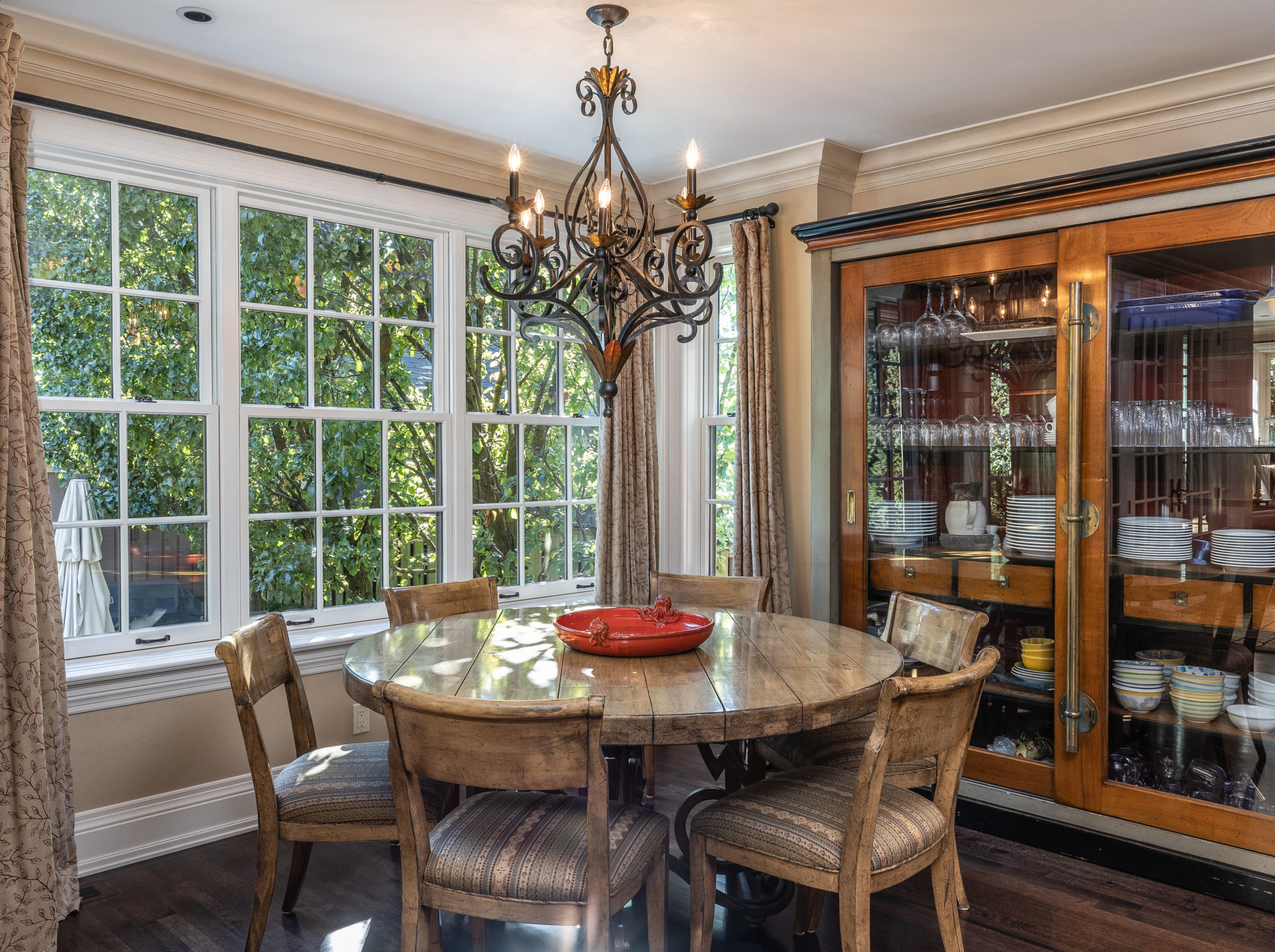 Upstairs, the primary bedroom contains a wood-burning fireplace with a marble hearth and surround: 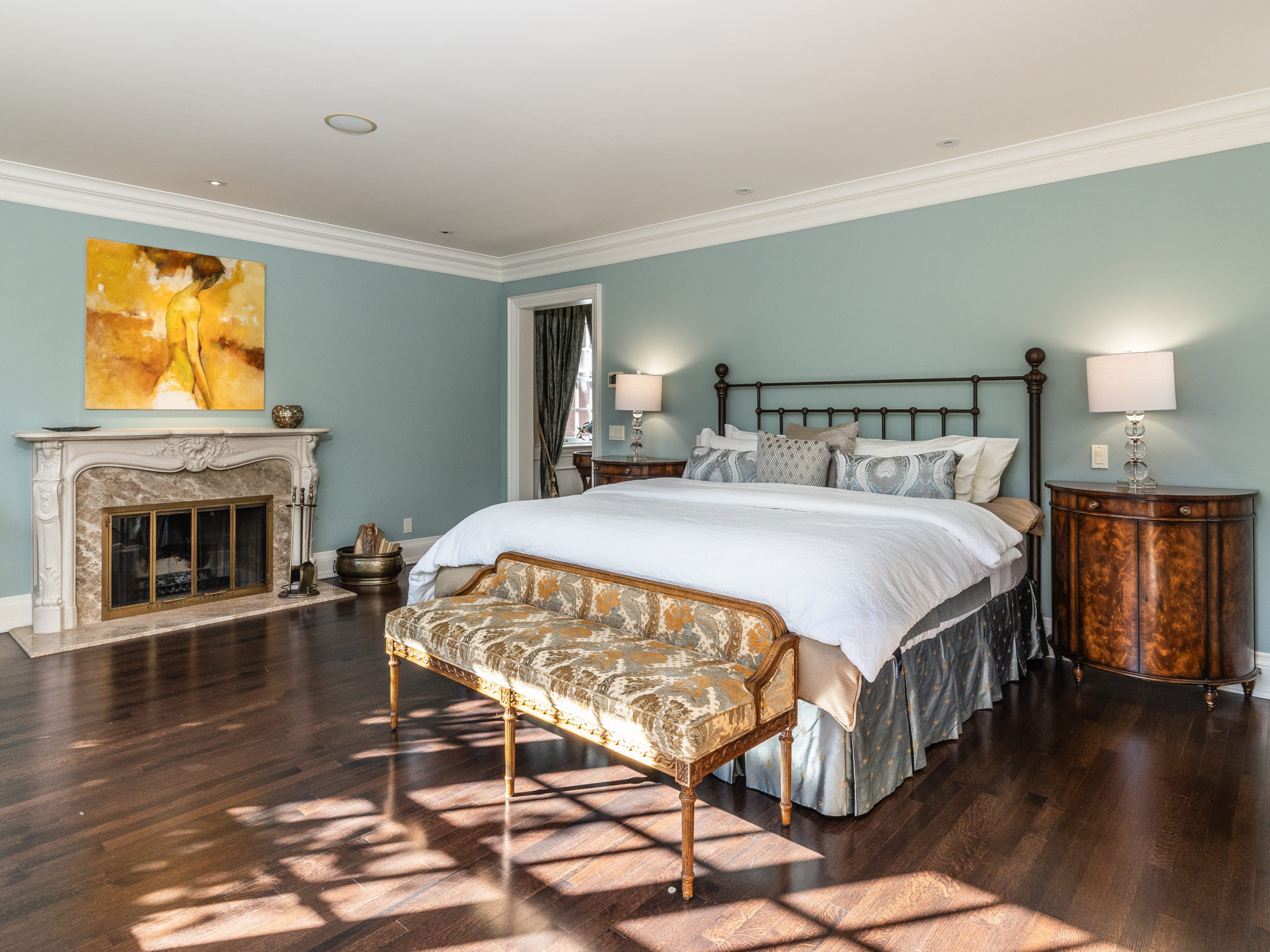 The primary ensuite has heated stone tile flooring. It also comes with a soaker tub, a rainfall shower and a vanity with a marble countertop: 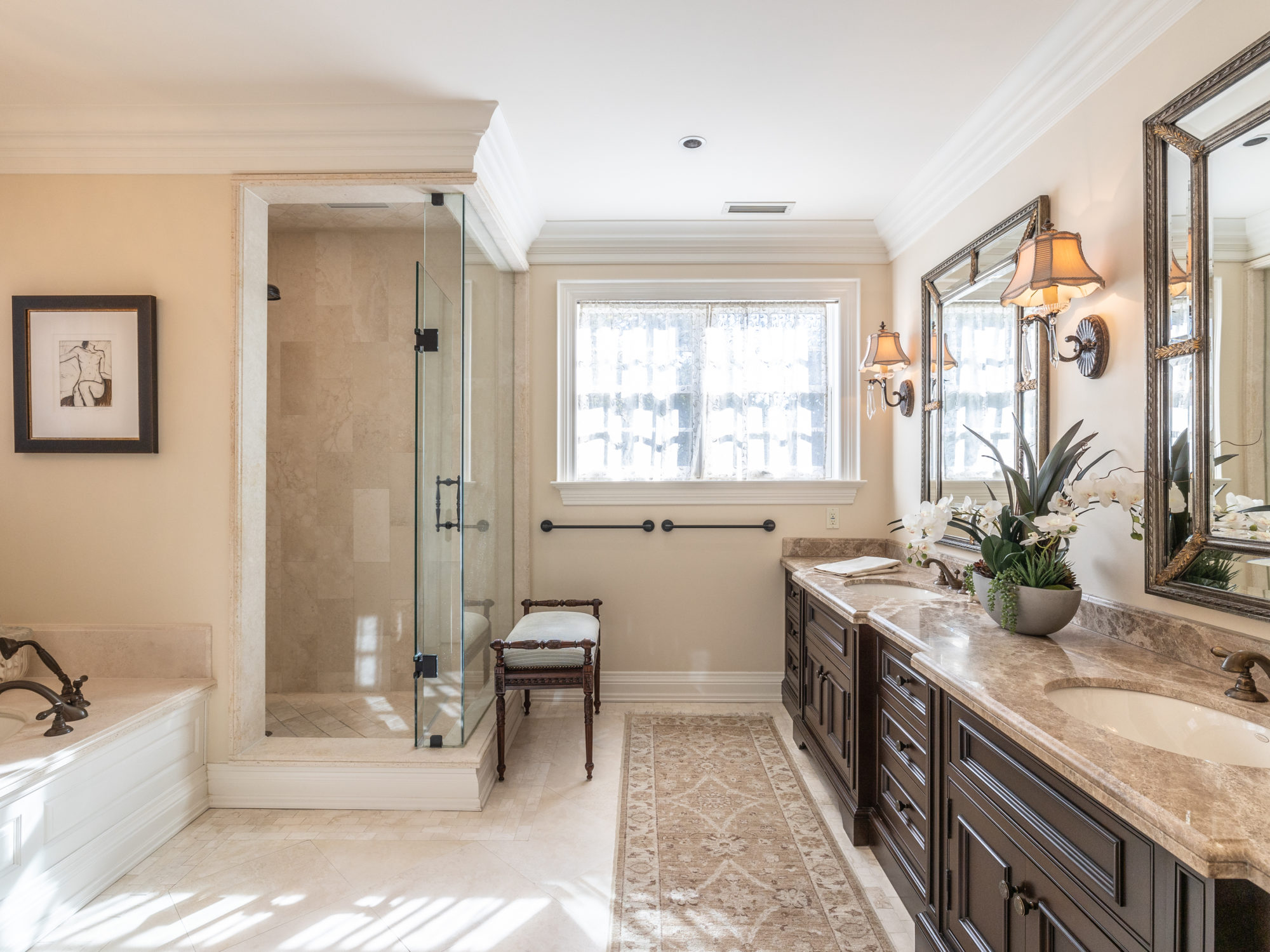 Down the hall from the primary bedroom, there’s a second bedroom with north and east-facing windows: 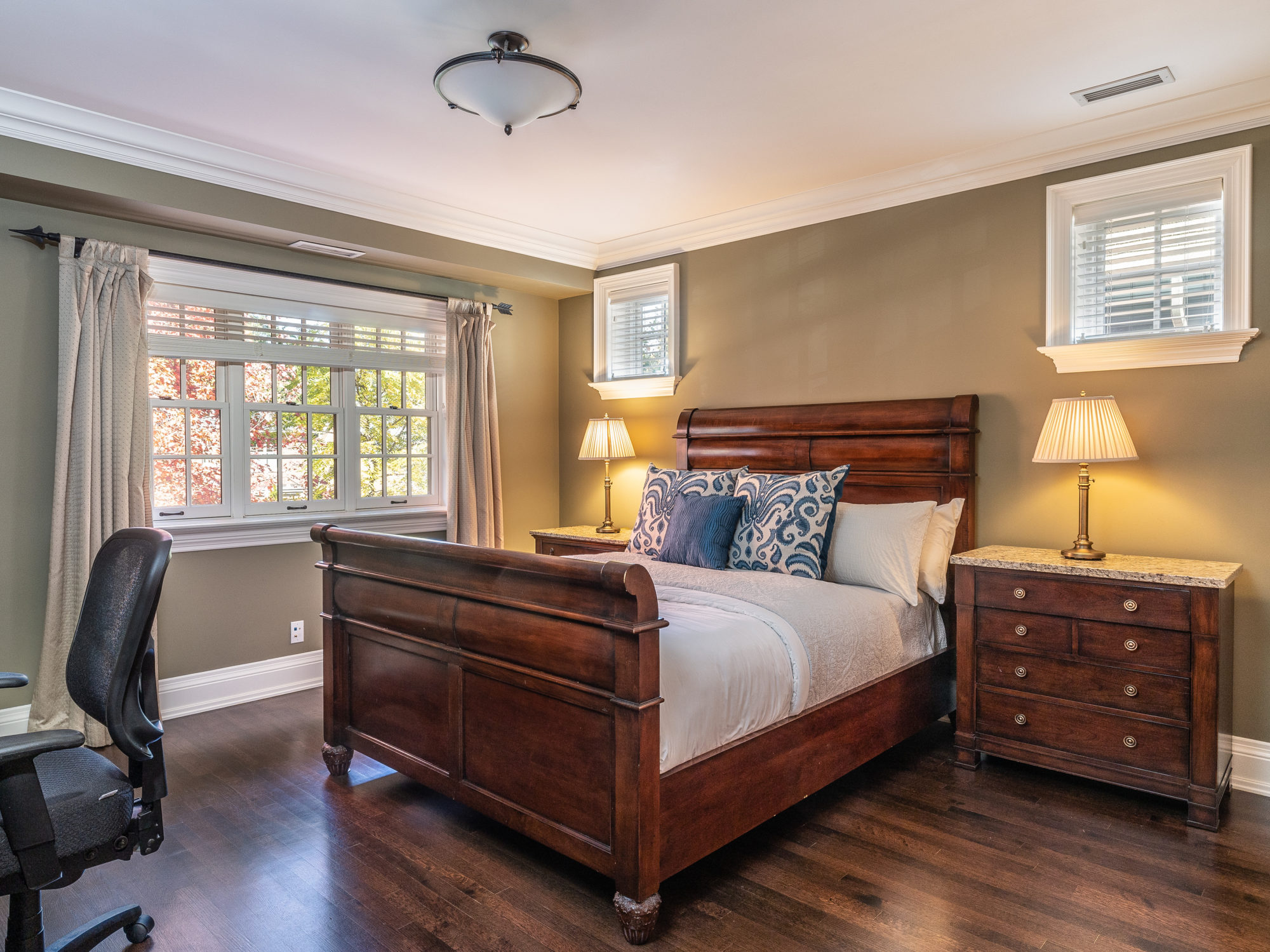 The owners used this small room on the second level as an office. It’s accessible through a private hallway from the primary bedroom: 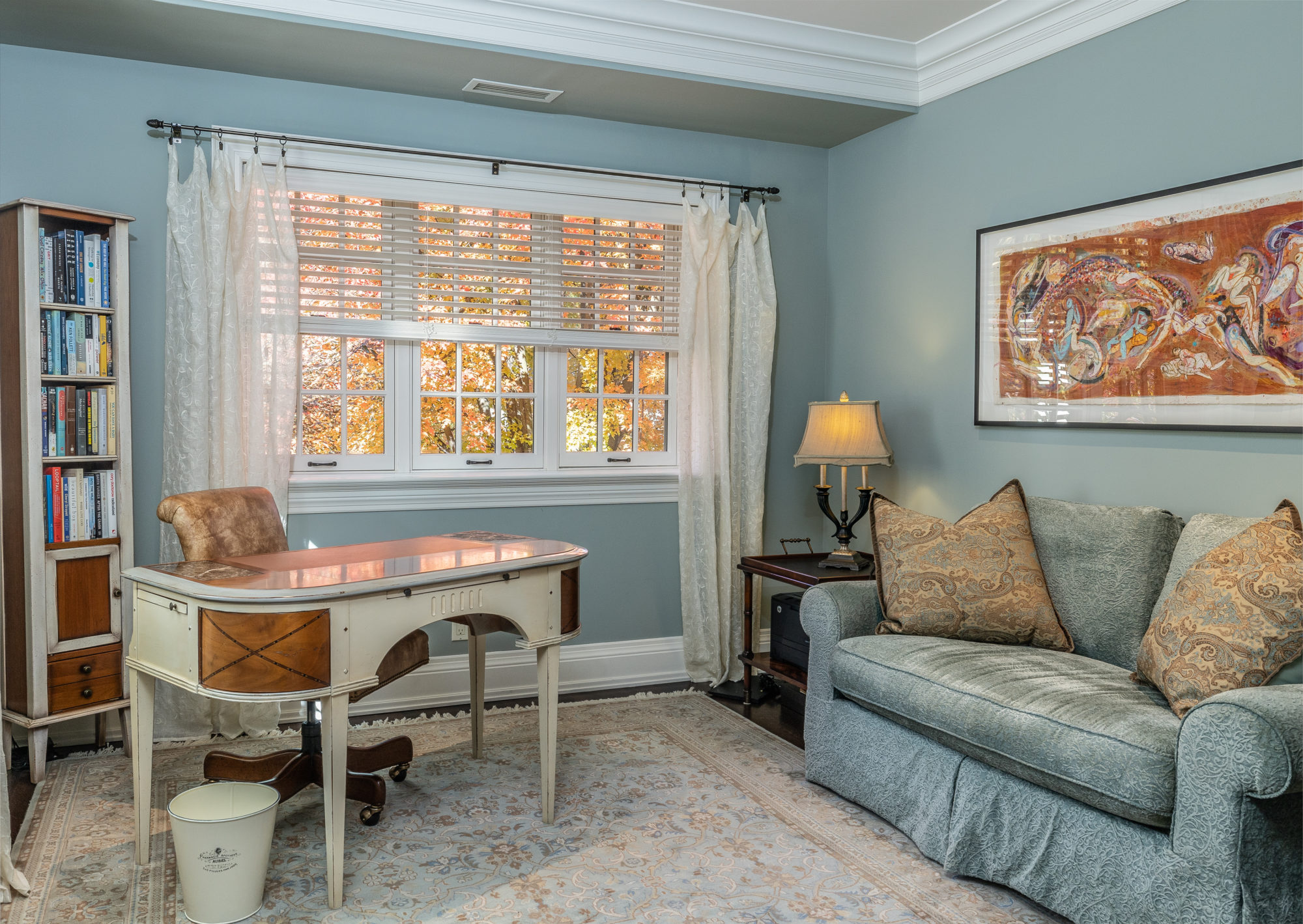 Here’s a bedroom on the third level: 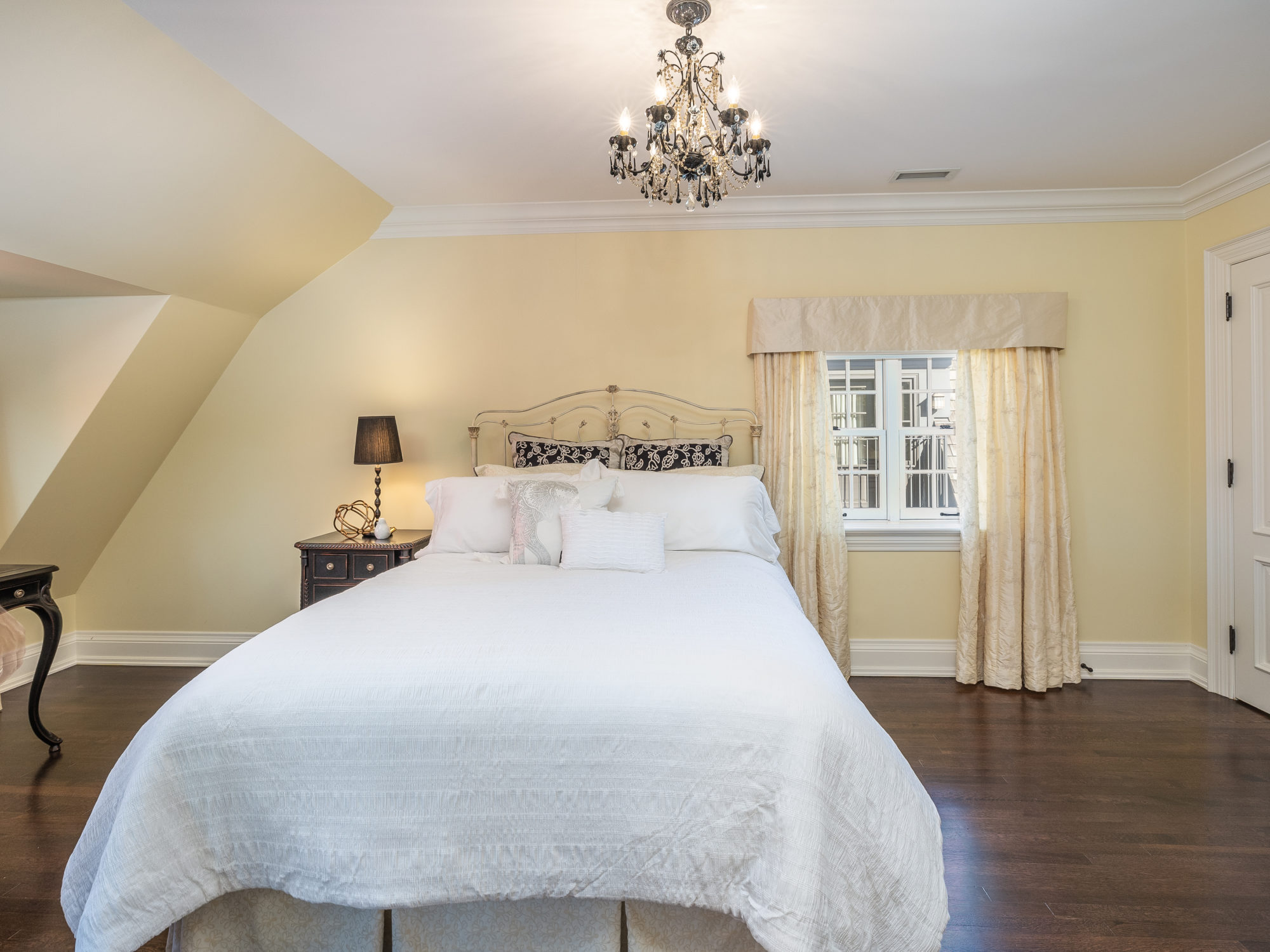 Another bedroom on the third level: 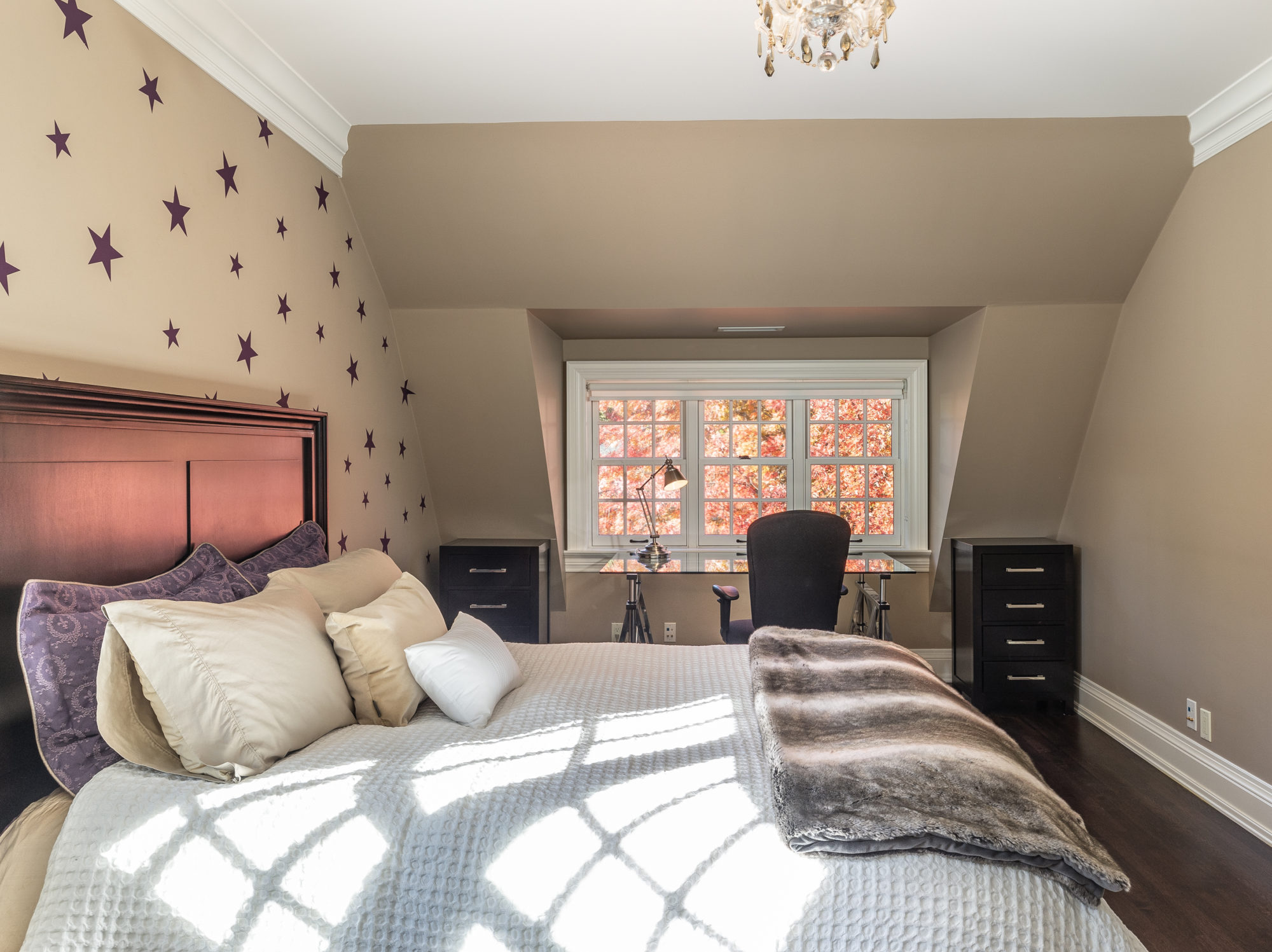 In the basement, this rec room has a cosy living area with built-in speakers: 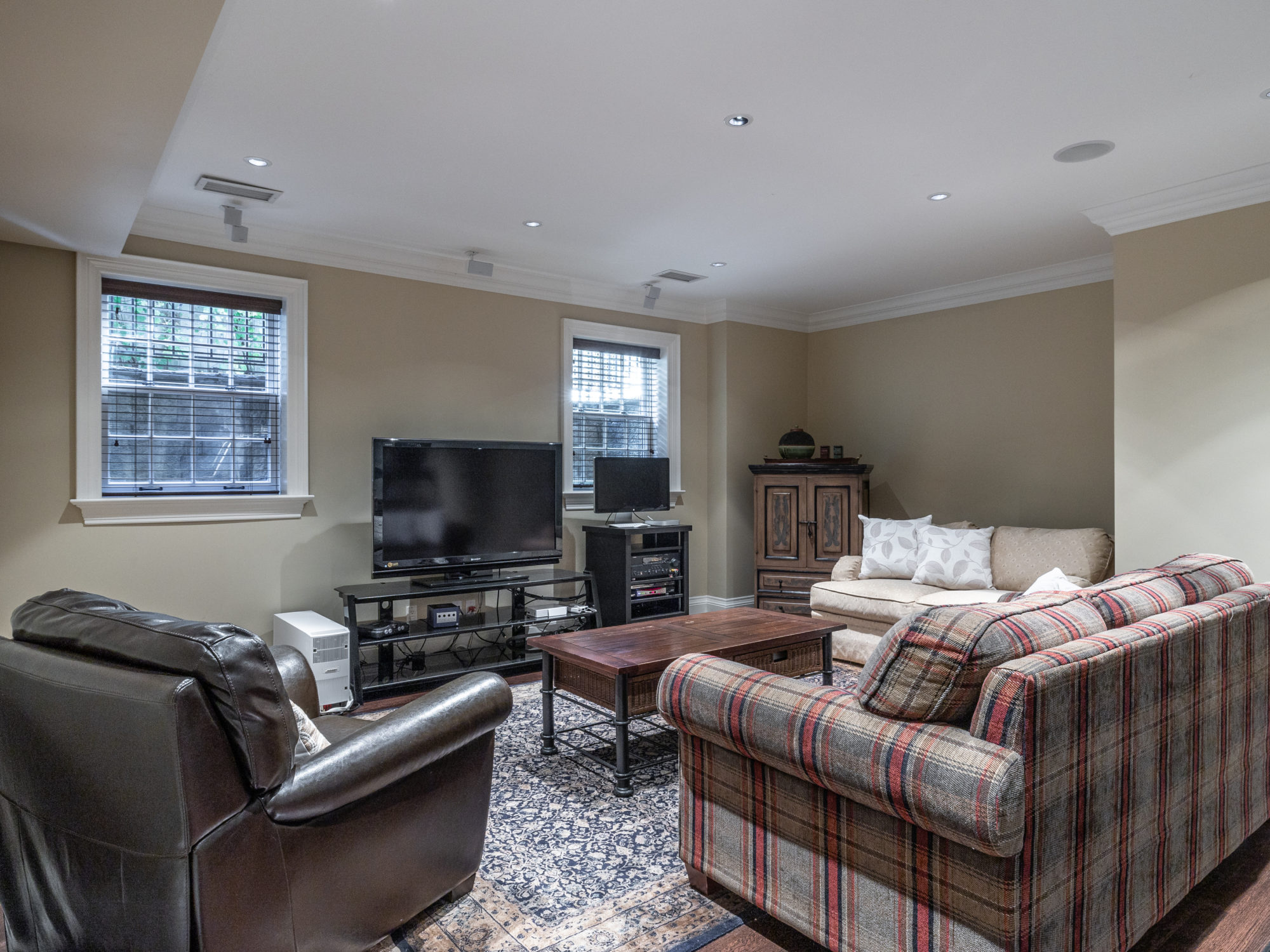 The owners used the rest of the rec room as a gym: 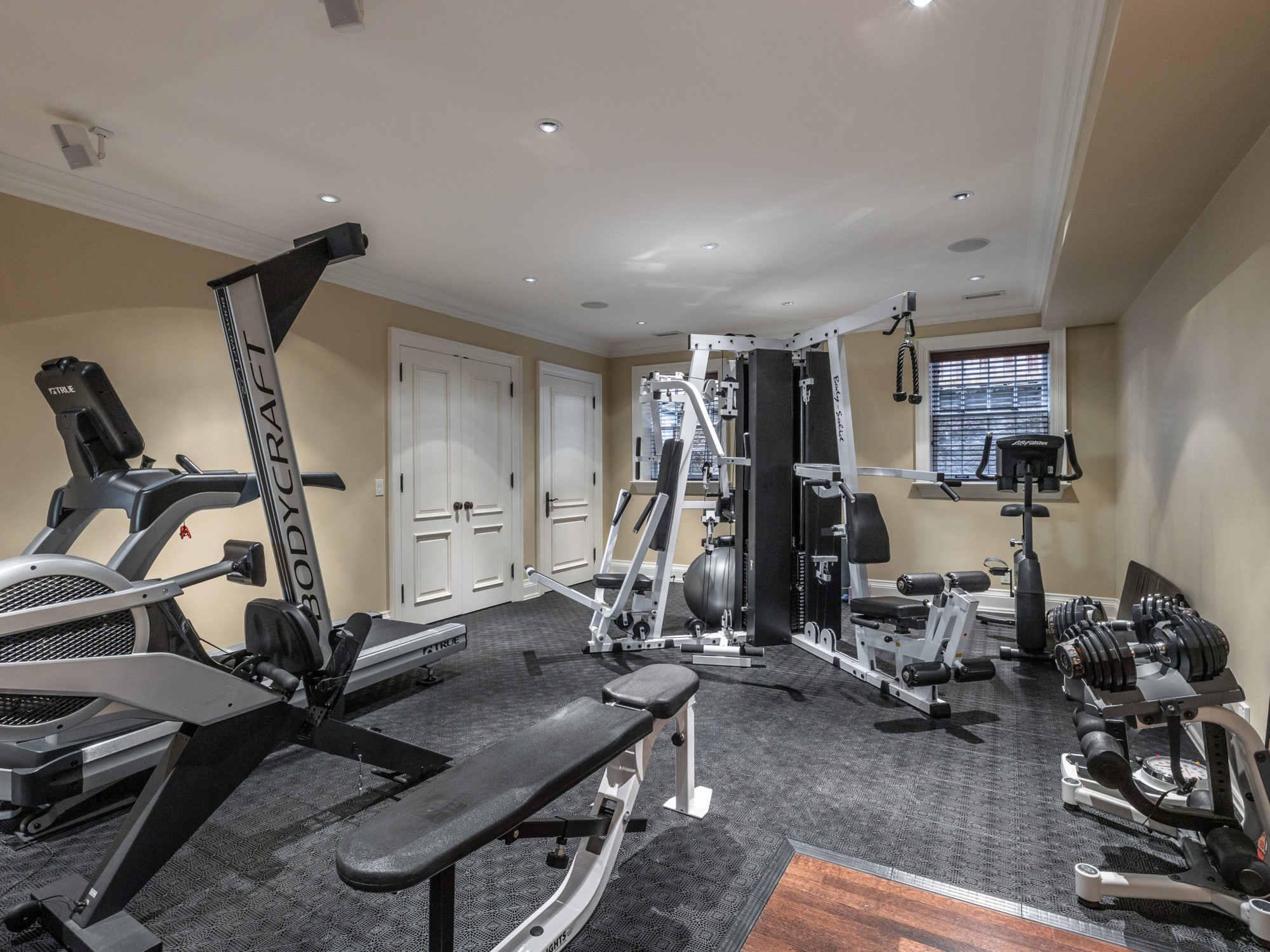 The fifth bedroom is in the basement: 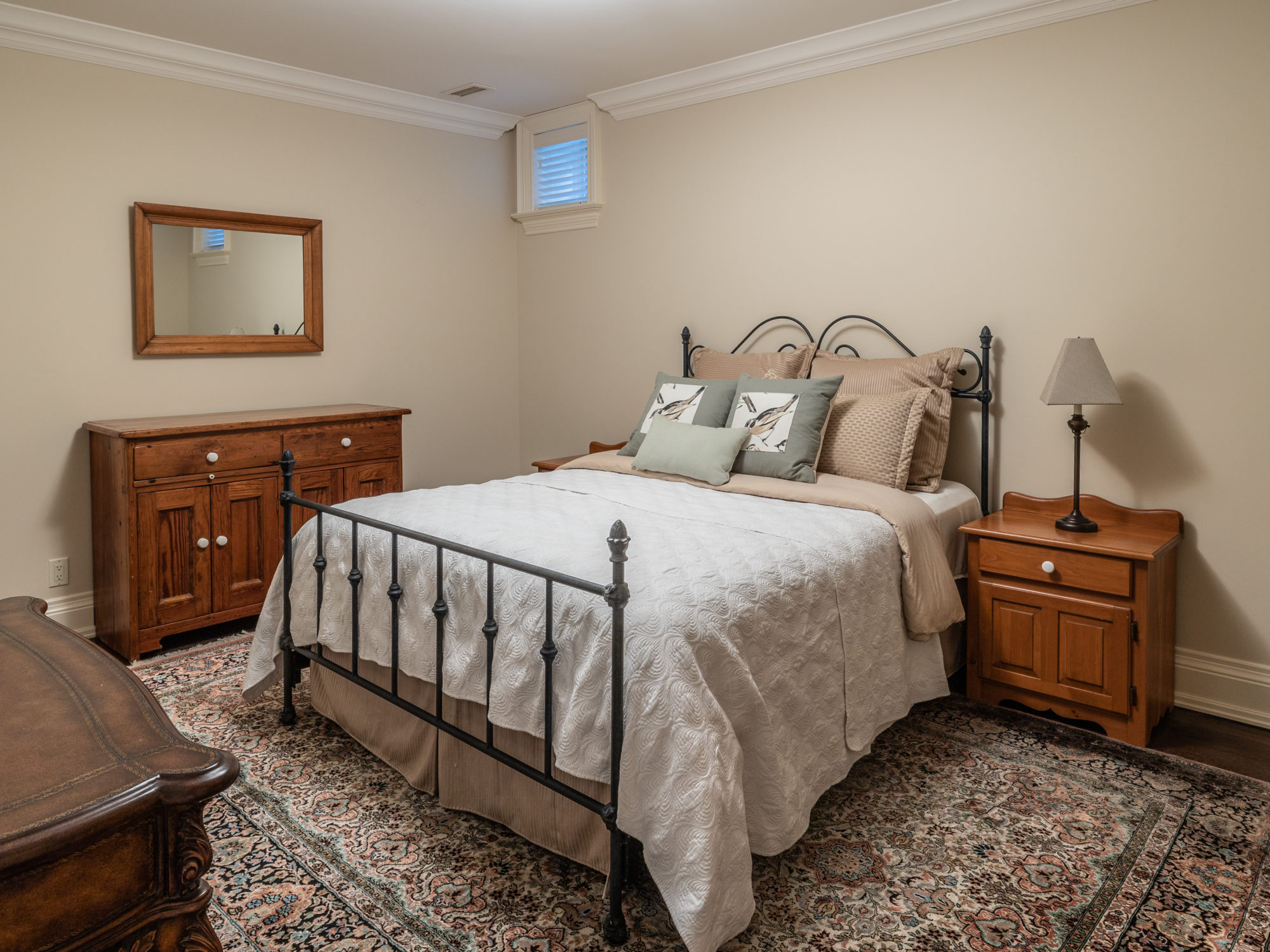 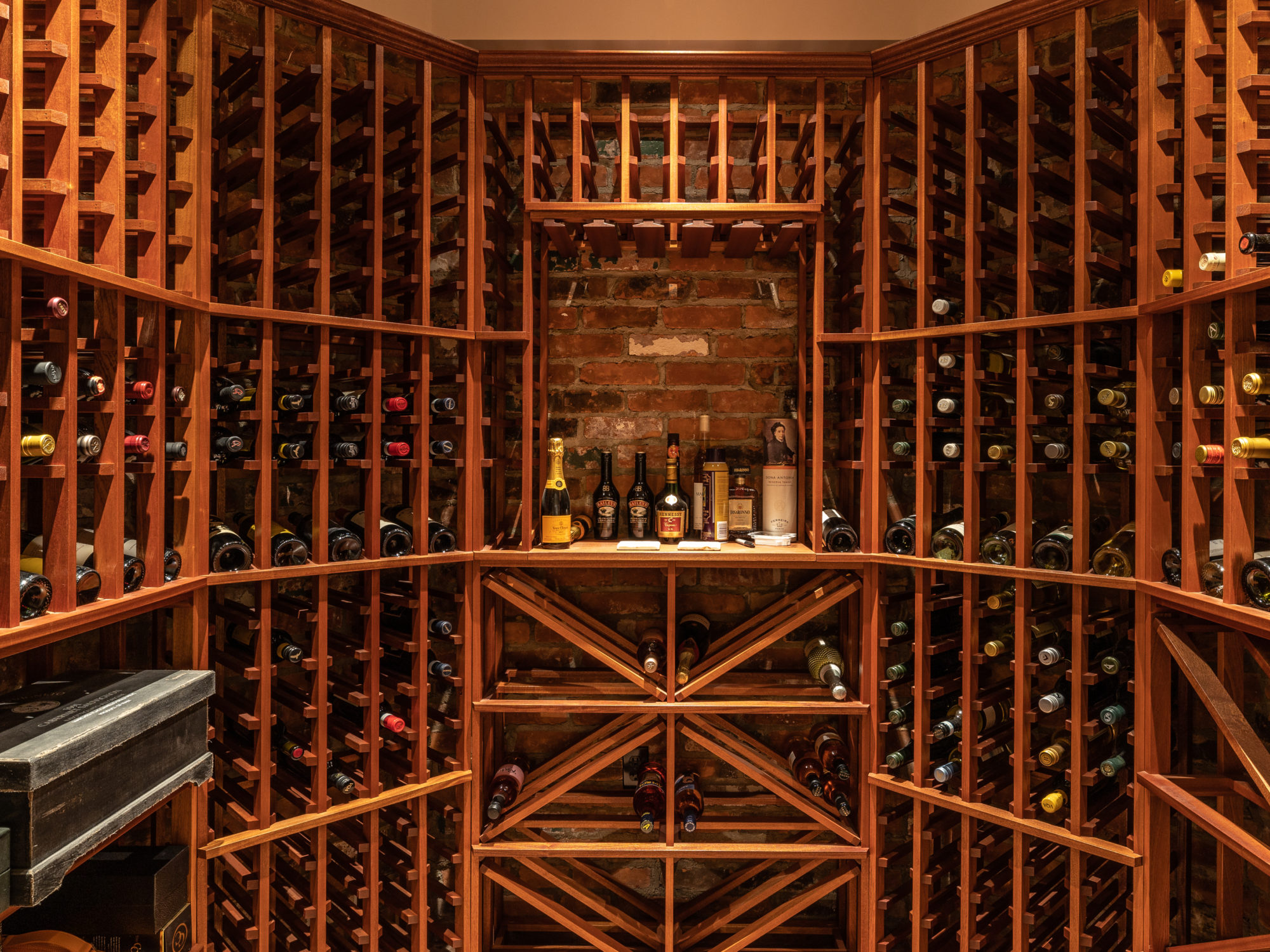 It’s gotta be the backyard. During the winter months, when the cabana and saltwater pool are pretty much off-limits, there’s a gas fire pit where everyone can keep warm. 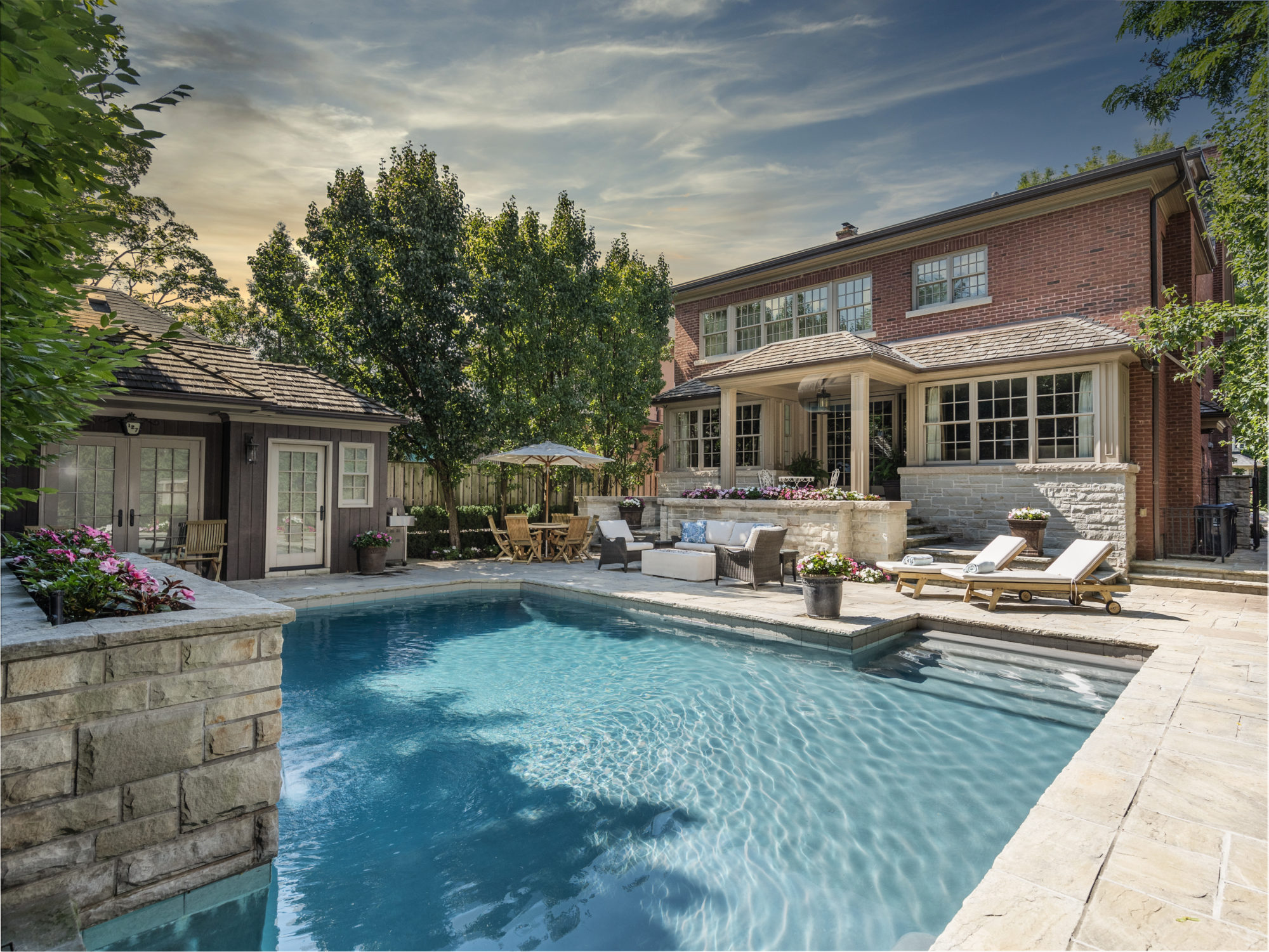