This former garage turned garden suite is tucked away in the backyard of an Arts and Crafts heritage home in Deer Park, just north of Yonge and St. Clair. Its owners—a wife and husband who’ve both worked in media in North America and Asia—purchased the three-bed, three-bath property in 2005, when their two daughters were toddlers. Built in 1923, the house came with a 450-square-foot garage that was falling apart—a rotting roof, dilapidated doors, plenty of rust and wood falling off its framing. It was also leaking and wet everywhere.

The owners dreamed of converting the garage into a livable space, but it wasn’t until the summer of 2018 that they made it happen. The mom of the house wanted a fun and cozy place she could use as an office during the day as well as a party room for her now teenage daughters.

The couple budgeted roughly $33,000 for the restoration, not including furniture and decor. Construction began in the spring of 2019 and finished that fall, with a final cost of $38,000. Despite the extra expense, the owners and their girls are thrilled with the hangout hub.

Inviting guests to the suite are sliding glass doors that have been carved out of the building’s western wall. Inside, there’s an antique Chinese elm side table, originally from Shaanxi province, that the couple purchased from a Beijing-based dealer. And, while the owners had amassed plenty of Asian antiques during their many years abroad, their daughters also wanted the room to have a contemporary feel. One of the girls installed that mirror on the left for selfies. 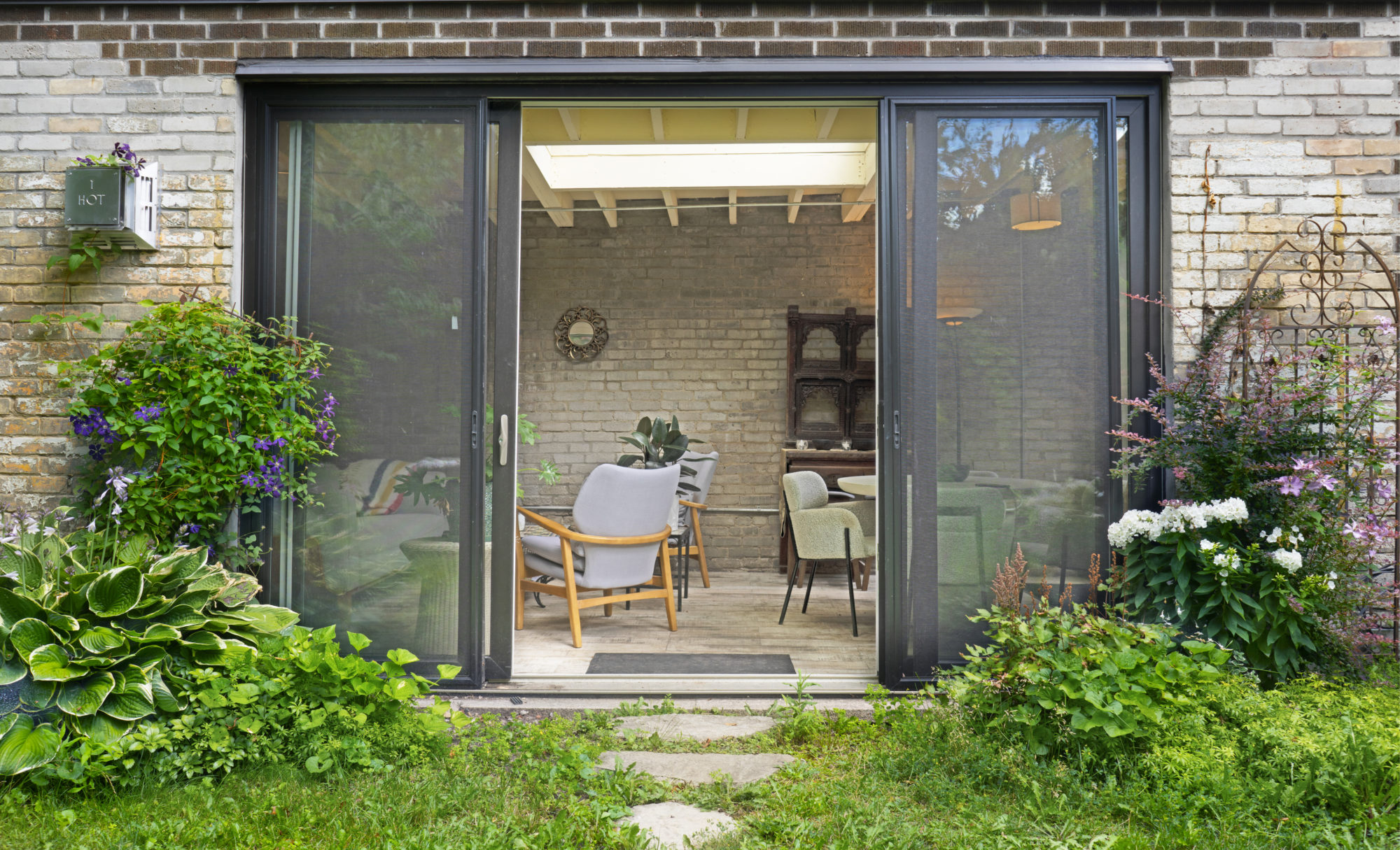 The suite’s barn doors, custom-made in the old style, cost close to $8,000. Surrounding brick had to be both removed and bolstered so the doors would fit. Lighting fixtures inspired by the Arts and Crafts design movement, along with the new skylight, bathe the room in a comforting glow no matter the season. The suite’s herringbone brick patio and walkway, which connect the backyard to the front, was laid with leftover materials from the owners’ recently paved driveway. The roof’s original wood remains with the exception of three beams that had to be replaced for support. 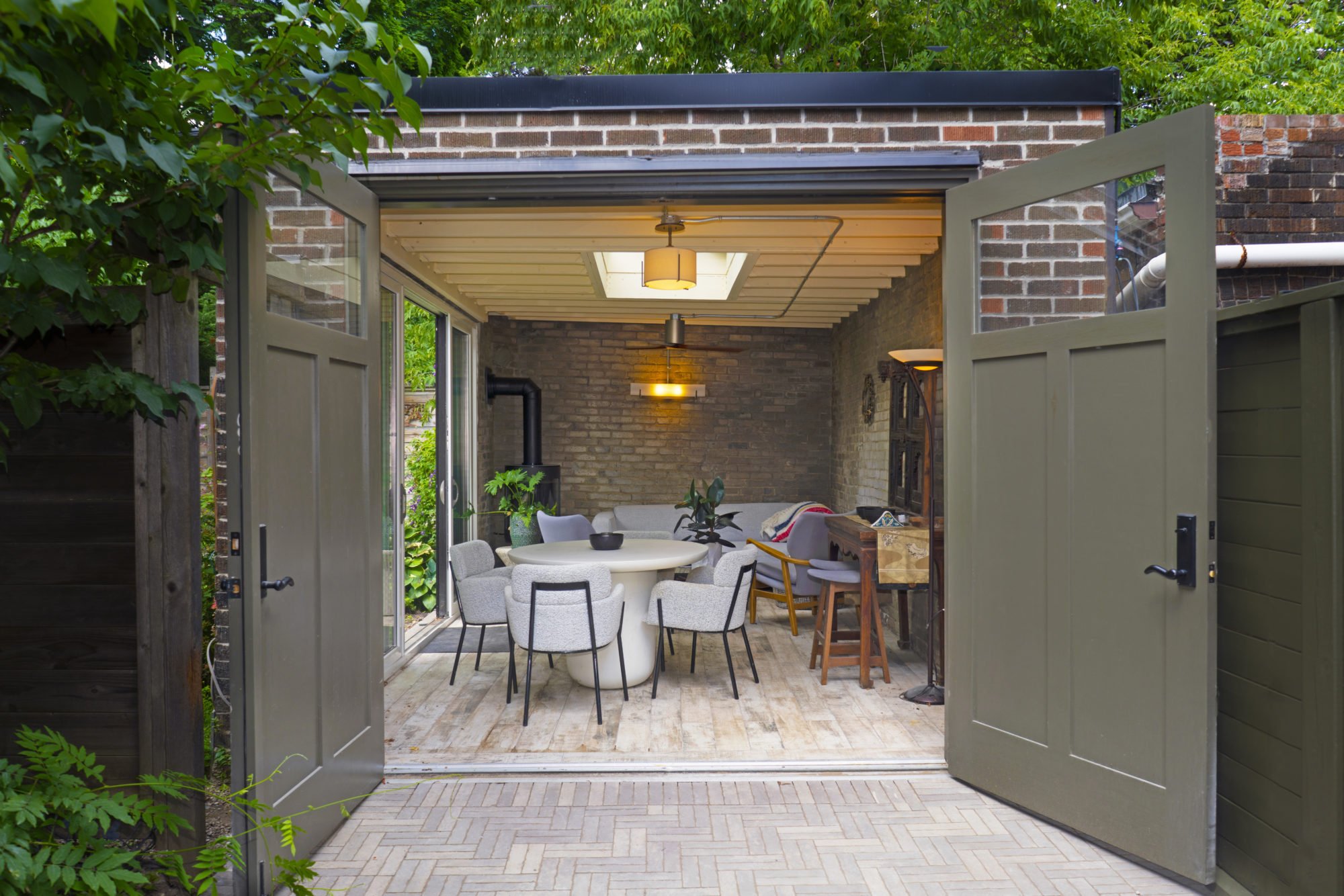 The family wanted a four-season suit, so they added a gas line, which cost $2,000, and a new gas fireplace for $5,000. The two accent tables in the centre of the space are Armenian ceramic purchased from the Sandrouni Armenian Art Center, in Jerusalem. 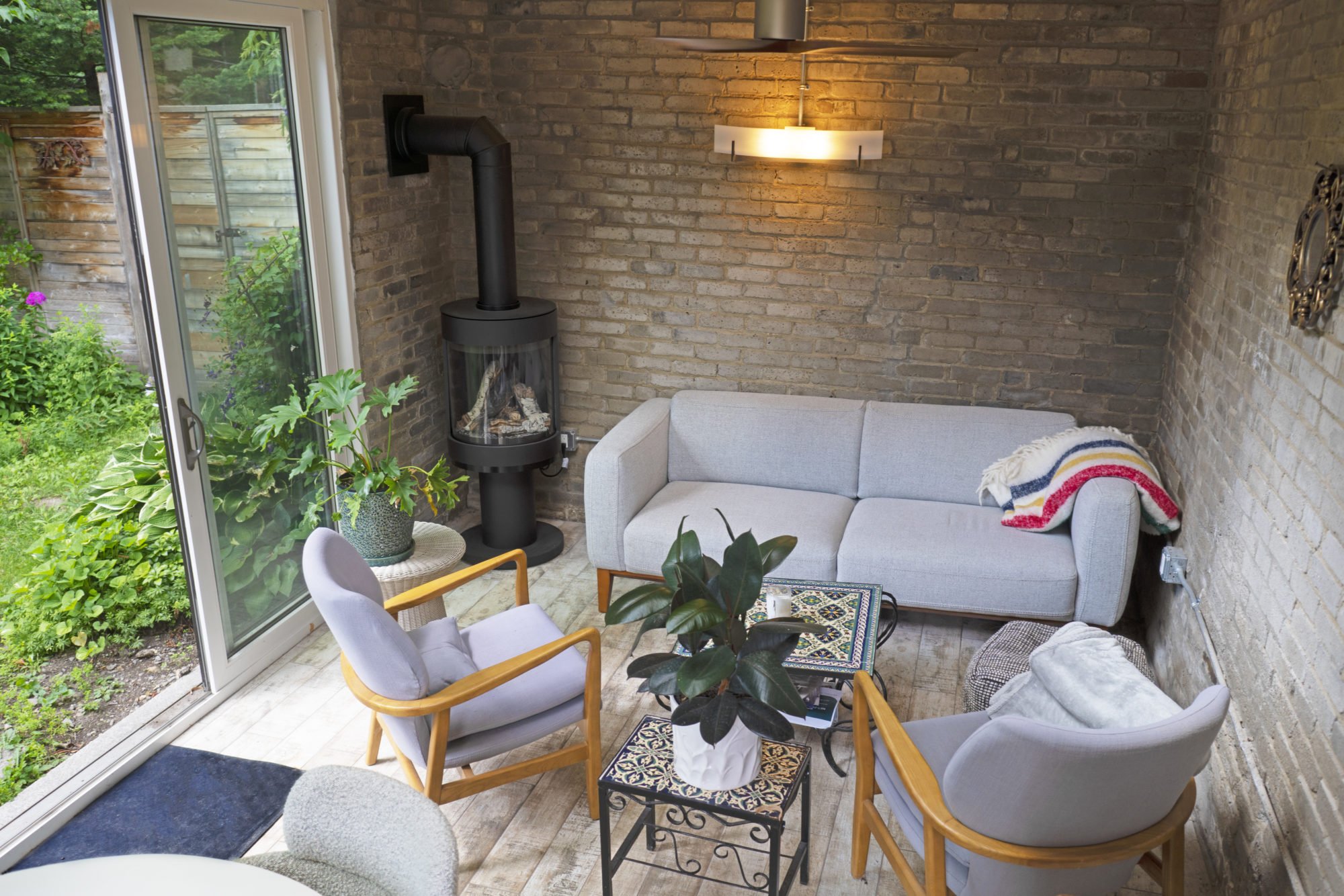 The structure’s original brick was whitewashed, and the new brown bricks were repurposed from previous renovations to the main home. Matching the green barn doors is a freshly painted fence along the property line. 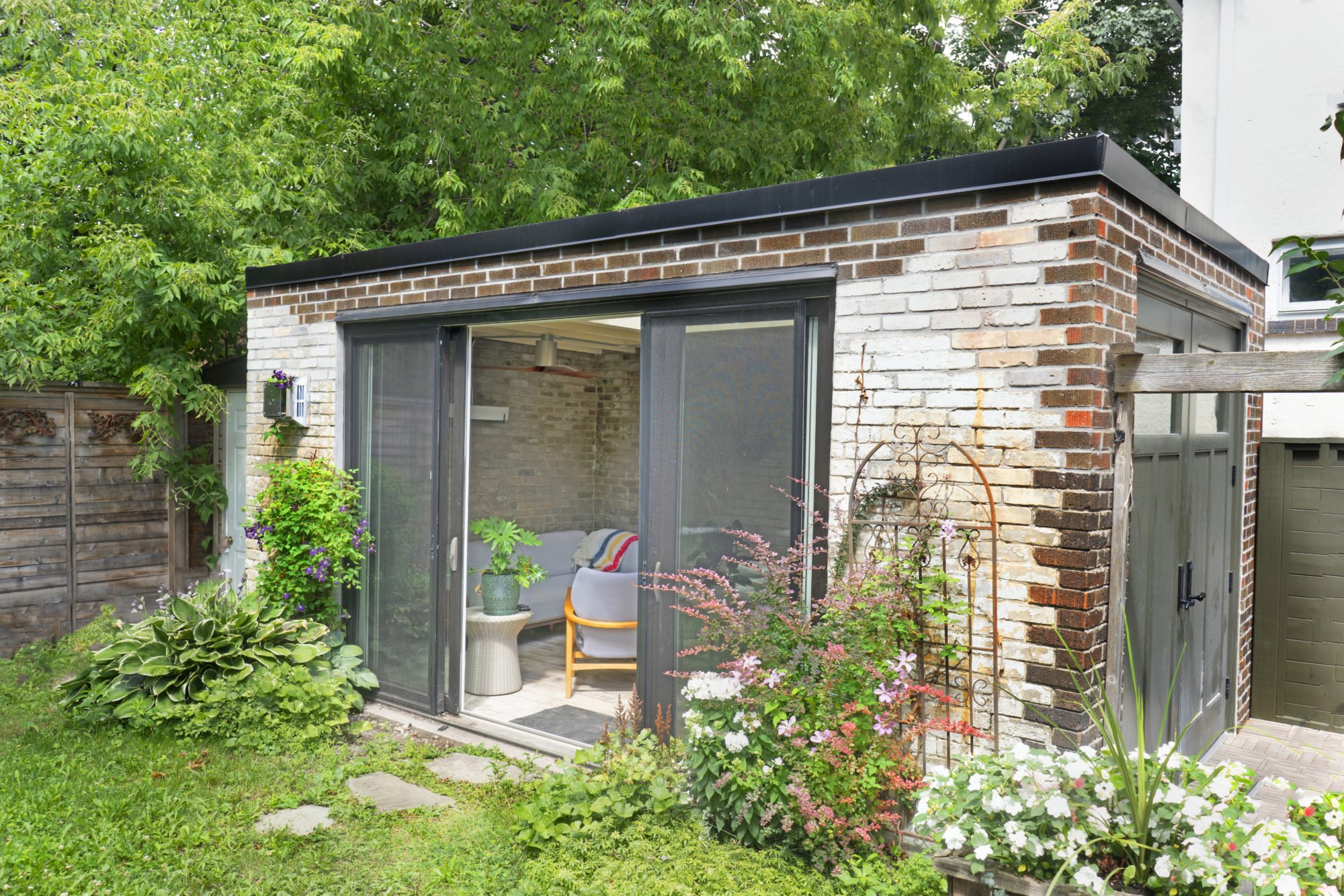 Have you recently built a garden suite? Share your story with us at realestate@torontolife.com.