Condo swimming spots: An infinity pool with a view in midtown

Condo swimming spots: An infinity pool with a view in midtown

The competition among condo towers for coolest rooftop pool has never been hotter. Meet the contenders

“Our initial vision for this project—and the amenity spaces—was really something that was hotel-inspired,” says Jessica Fenton, a senior marketing manager with Reserve Properties.

Lauren Finkelstein has been renting a unit at Rise with her husband since May 2018, when occupancy began. “You feel like you’re escaping the city, but you don’t have to leave the building,” she says. It’s part of the reason she decided to move here. As a personal trainer, it’s a space for her to relax and work out in.

With the building split between young professionals and families, she says it’s never a party atmosphere. Mostly people laze around in the sun. “You get to know your neighbours that way,” she says. While there’s plenty of seating on the terrace, the elevated deck only has four loungers, which means sunbathers need to arrive early to get a prime spot. The condo board was just established this August, so the rules aren’t finalized, but there’s a no-glass policy in effect and the pool hours of 10 a.m. to 10 p.m. are enforced.

The view from the south-facing terrace isn’t too shabby: 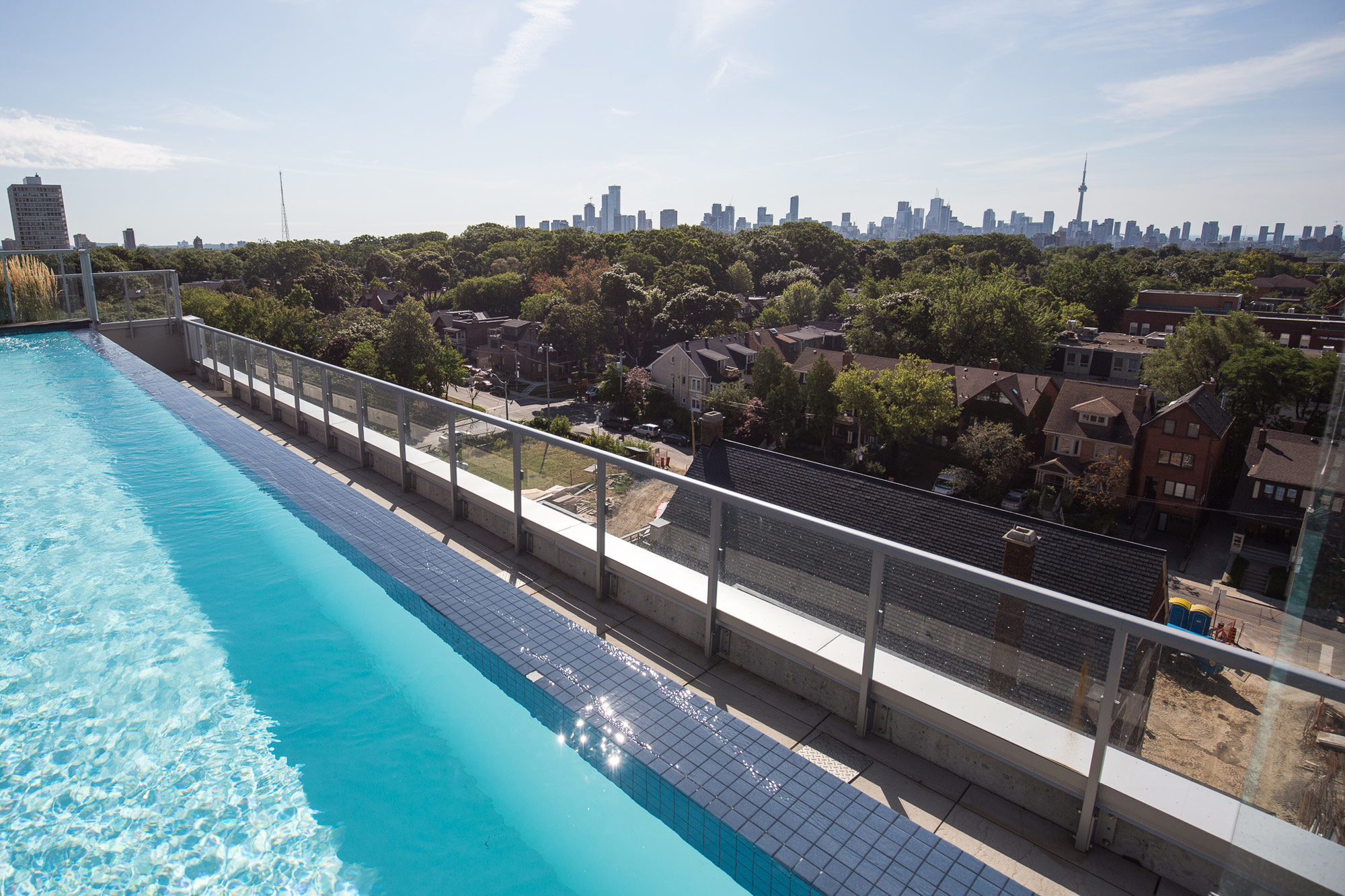 The 500-square-foot infinity pool is surrounded by a granite deck:

The roof gets plenty of sun: 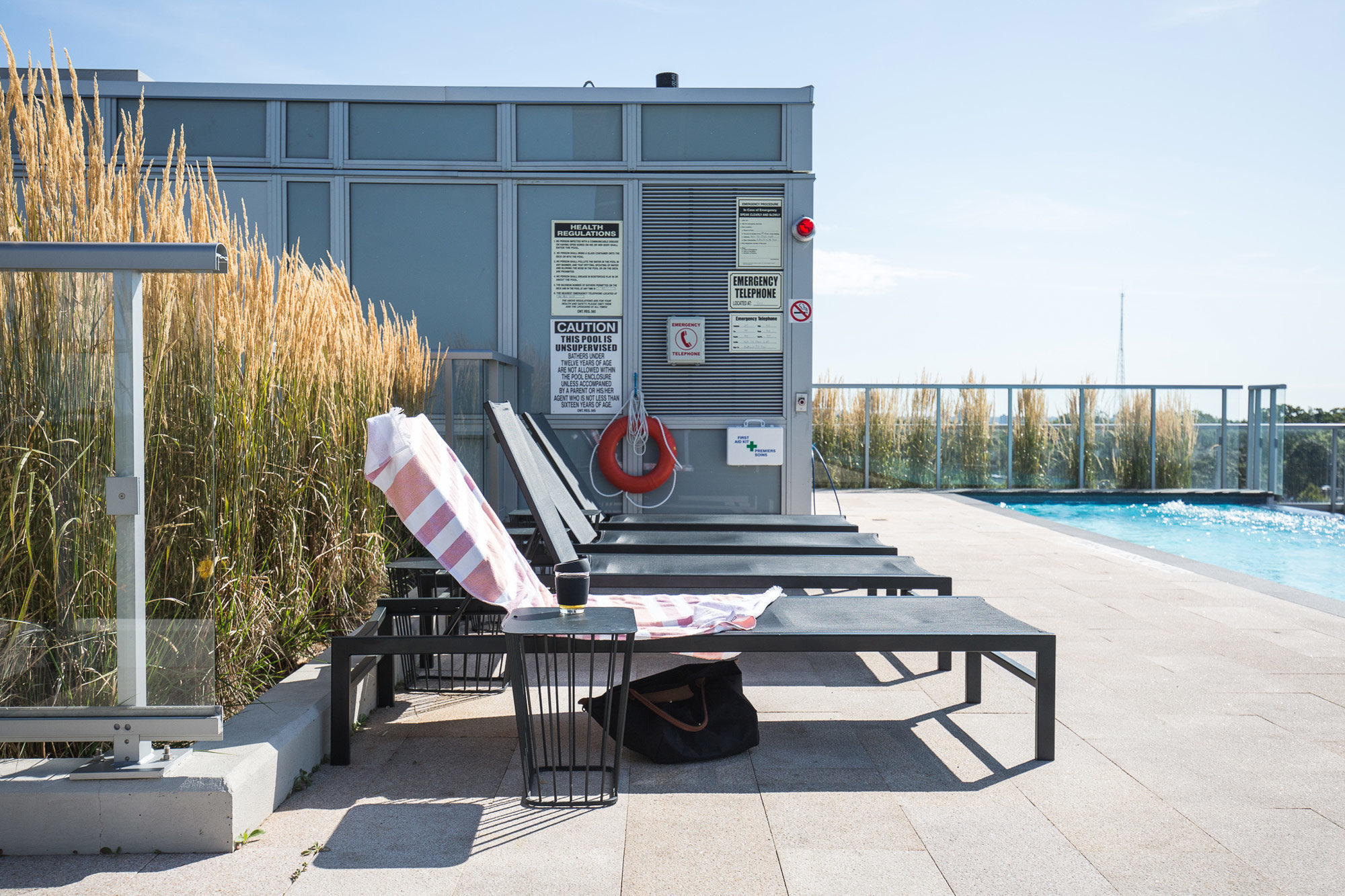 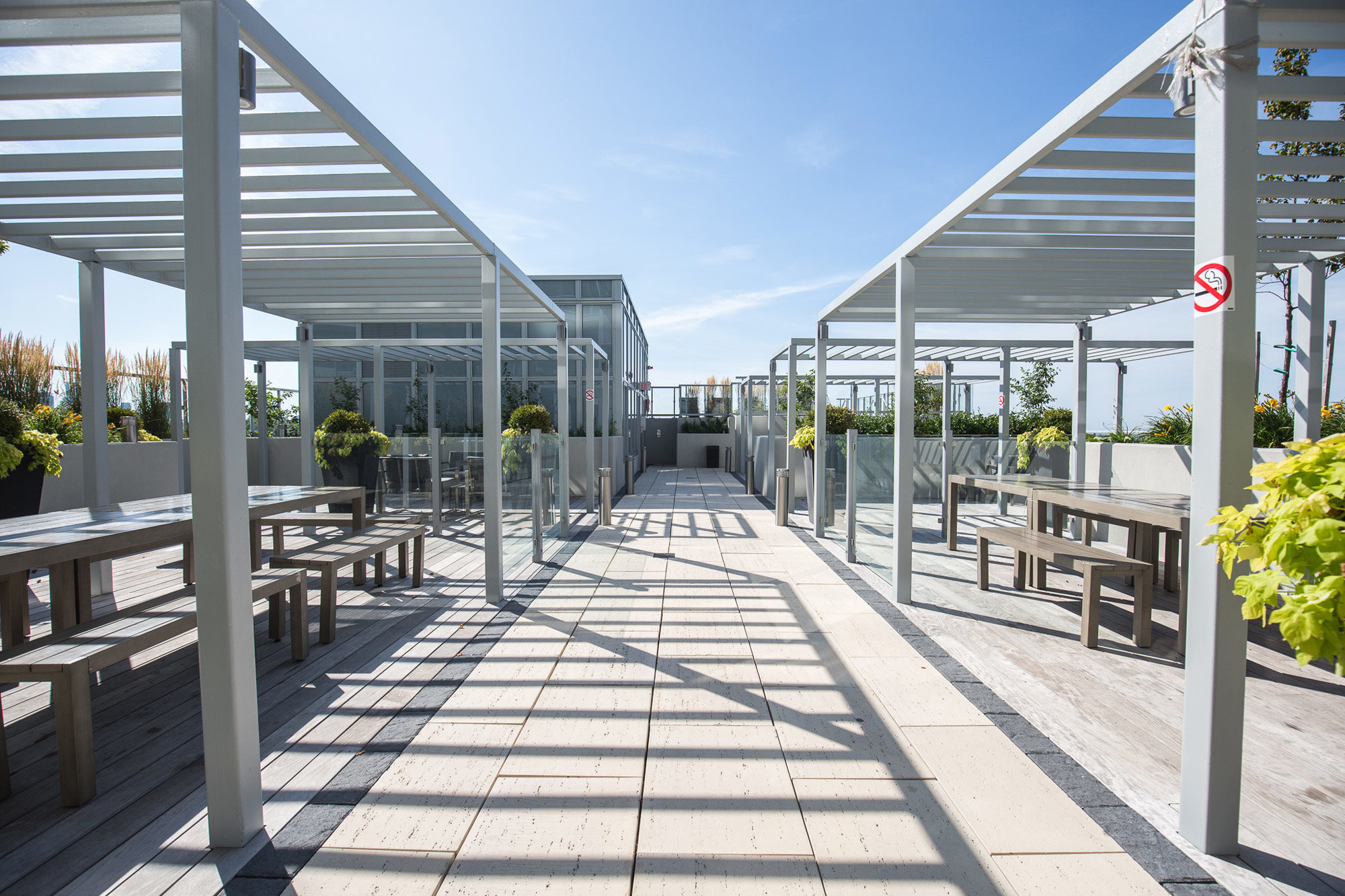