Airbnb story: A family of Scarborough ski upstarts rented this Blue Mountain chalet for $350 a night

Airbnb story: A family of Scarborough ski upstarts rented this Blue Mountain chalet for $350 a night

The owners? A family of Toronto expats who ditched the city for a mountainside lifestyle 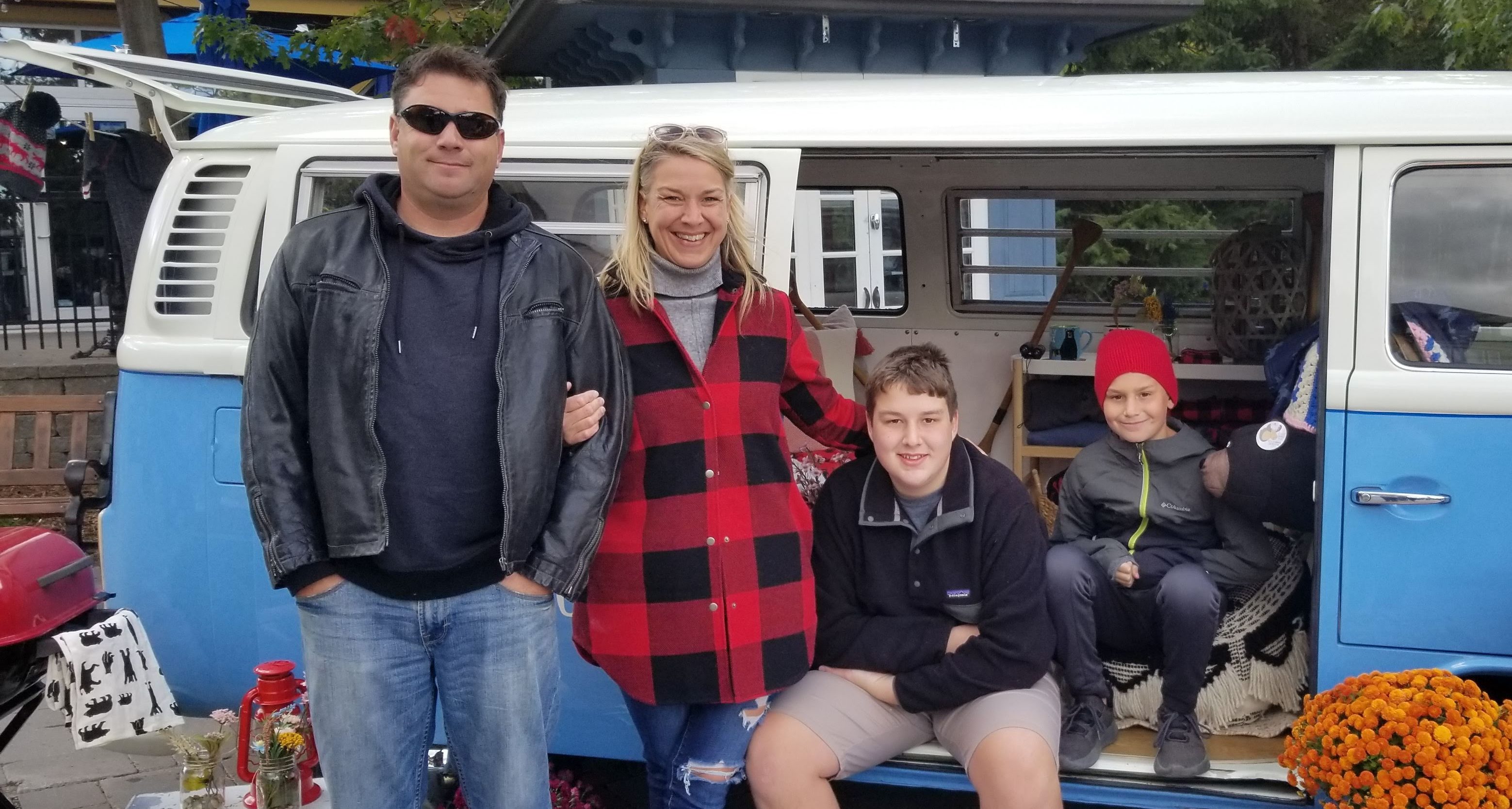 The backstory: In the 2010s, Eric and Amy, who’d lived in the Beaches for 25 years, made plans to move out of the city once their youngest son, Jack, graduated from high school. The whole family loved to ski and they wanted to live closer to a winter resort.

In 2014, Eric visited a friend who owned a place on Carmichael Crescent, a small street at the base of Blue Mountain. Eric imagined living up there full-time, with the family ripping down the ski hill or hanging out at the lodge on weekdays, when the tourists typically cleared out. Suddenly, the family’s post-high school get-out-of-town timeline seemed too far away. Eric and Amy started looking for a place in the Collingwood area shortly after.

Moving outside of the city would require Eric to make some long, early-morning commutes to the fire station in Toronto, but he decided the mountainside lifestyle would make it worth the effort. Amy could work anywhere, considering she had clients all over the country. And the kids would have to switch schools, not ideal, but the family would eventually find a good Catholic high school in Collingwood.

The Milnes wanted a big place where they could host guests, with an additional suite to run an Airbnb and make some extra cash. They considered close to a dozen homes in the town of Collingwood and the Blue Mountain community of Craigleith, but Eric couldn’t get Carmichael Crescent out of his mind.

In 2018, they found out about someone selling their five-bed, five-bath on Carmichael Crescent. It had been operated as a bed and breakfast. The interiors were a bit dated, but the Milnes were willing to renovate if it meant being on Carmichael. Plus, the lower level had three potential bedrooms and one bathroom, meaning they could turn it into an Airbnb, while living in the 2,500-square-foot upstairs suite, which had a spacious kitchen and living area.

Eric and Amy got the place for $900,000. In late 2018, the Milnes moved in and started renovating the ground floor into “Chalet 109,” adding a kitchenette and turning the “boot room” into a living room. They also closed off the stairwell to the upper floor, so the rental unit could be self-contained, with a separate entrance at the back of the house for Airbnb guests. The business launched in early 2019. Since then, they’ve hosted close to 100 guests.

In early 2020, the place was booked solid for $350 a night. Then came the pandemic. The Milnes had to cancel a bunch of Spring bookings. They opened back up again in the summer and, despite the increased demand for rentals and Airbnbs, kept their rate at $350 a night. The Milnes also followed new Airbnb guidelines for “enhanced cleaning.”

The kids sometimes feel uncomfortable having Airbnb guests living beneath them in the house, but Amy says it keeps them from yelling at their video games all the time. Plus, the additional income is helping the Milnes save for future renovations, and it pays for a good chunk of their expenses. Eric and Amy also recently bought a bungalow in Meaford and converted it into two separate units for both of their mothers to live in.

During peak season, the Milnes hit the slopes three to five times a week. Opening day at Blue Mountain is expected for December 17, snow permitting. The family treats opening day like a holiday, allowing the kids to skip school and ski.

Jana King, 46, a school teacher with the Toronto District School Board; Dave King, 44, a manufacturing supervisor; Macallister, 7;  with Scuba, the Portuguese water dog 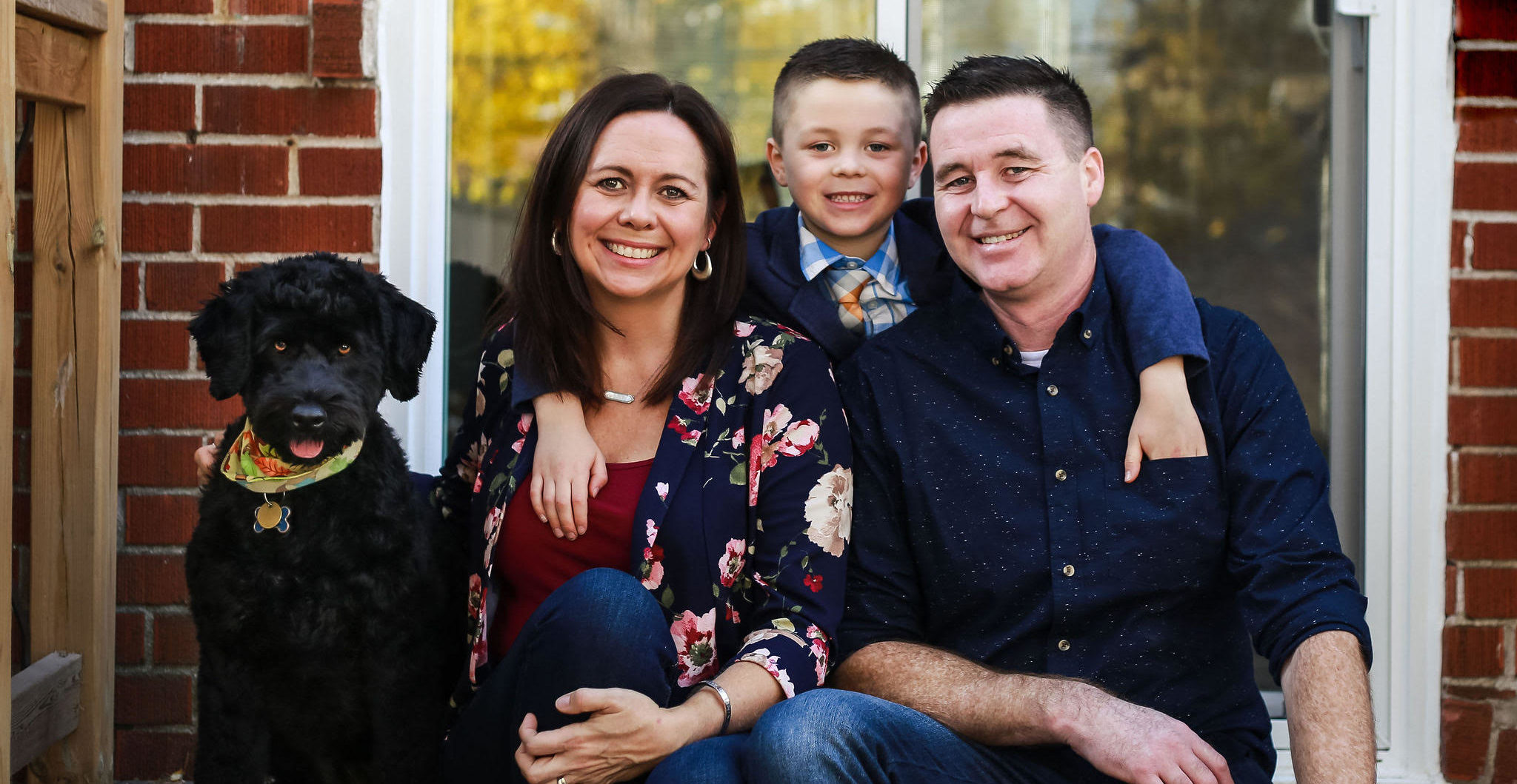 The backstory: In 2018, the Kings, who live in Scarborough, decided to take up skiing as a family. Jana grew up skiing at Blue Mountain, but Dave and Macallister had never tried it before. That year, they went up to Blue Mountain a couple of times. Then, in late 2019, the family decided to take it more seriously, renting equipment and enrolling in lessons. Dave and Macallister quickly got the hang of it, and the family visited Blue Mountain a few more times that season.

After the pandemic hit, in March 2020, Dave still worked regular hours at a pipe manufacturing plant in Vaughan. At home, Jana juggled teaching her own students via virtual classes, along with Macallisters transition to online learning. In the fall, as Covid-19 infections surged again, Macallister’s hockey league, which took up every weekend the previous winter, got cancelled because of pandemic restrictions.

The Kings were determined to find a way to stay active throughout the winter. In October, Jana read about ski pass deals being offered at Blue Mountain. For about $1,000, they snatched up three passes that provided late-afternoon and evening ski access on weekends all winter. To avoid the expense of renting equipment every weekend, they bought used gear for about $1,000 at a “ski swap” business in Blue Mountain.

In late October, while looking for Airbnb rentals, Jana found Chalet 109 almost immediately. The place had enough beds for Jana’s immediate family to come along. While Toronto remains in a restrictive “grey zone,” the Blue Mountain region is in the “yellow zone,” which allows at-home gatherings of 10. Another major bonus: The chalet had quick access to some of the best beginner runs for Macallister, including hills called Little Ripper and Big Baby.

Here’s the entrance to the Airbnb, which is at the back of the chalet:

Inside, Amy decked the front hall with cabin-themed items: 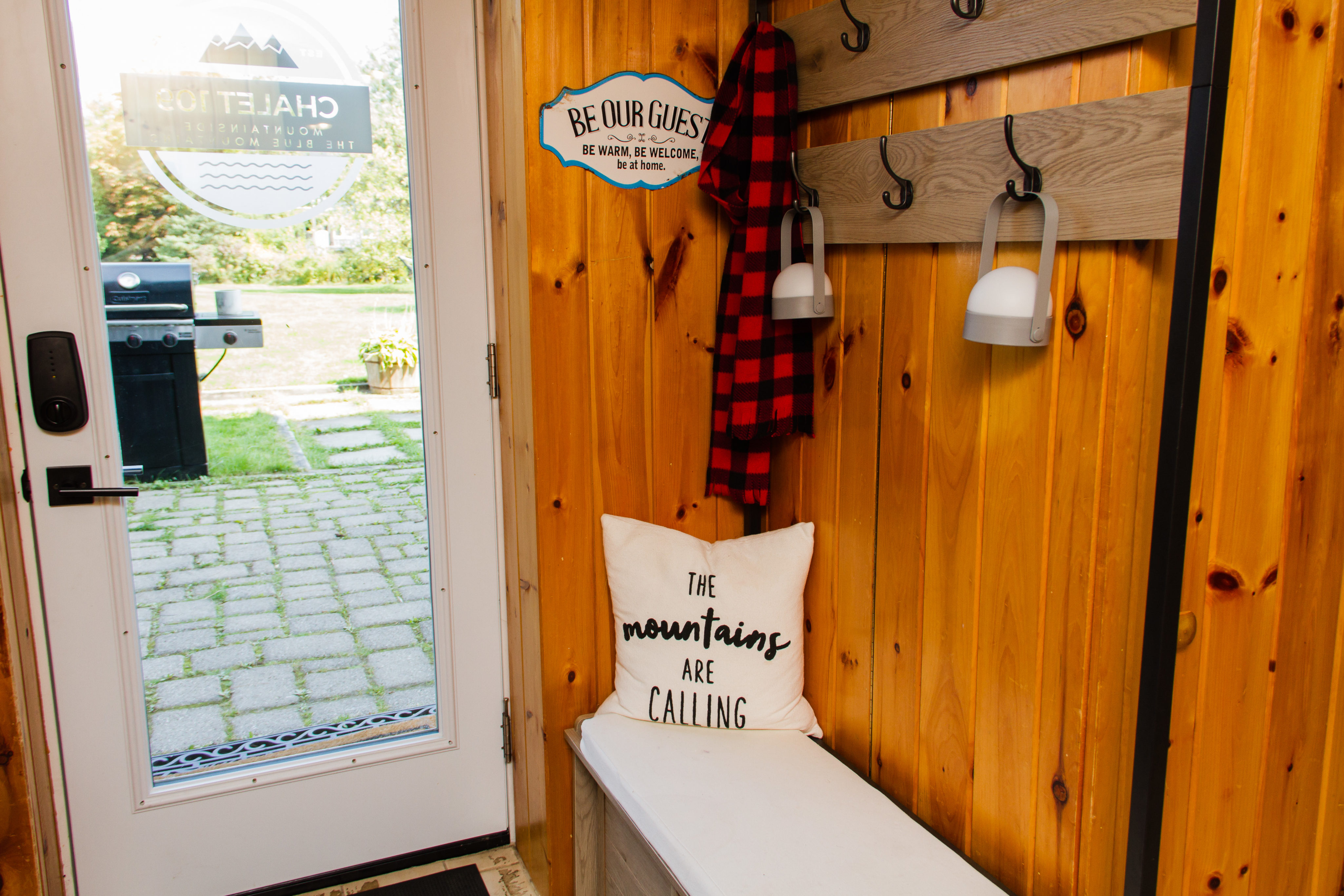 Previous owners used this space as a “boot room.” Amy turned it into the living room and added a bunch of hooks for snow pants, jackets and helmets: 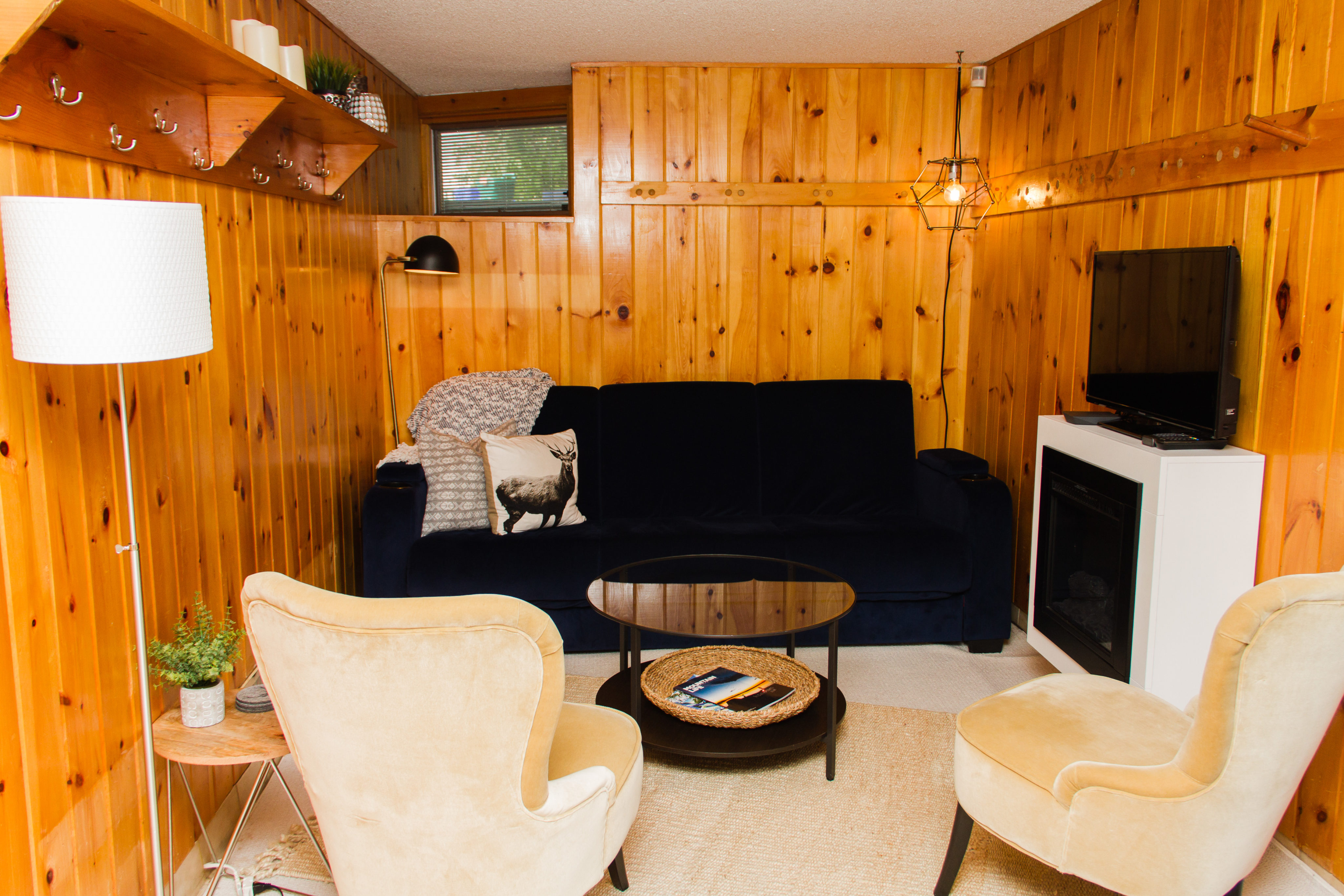 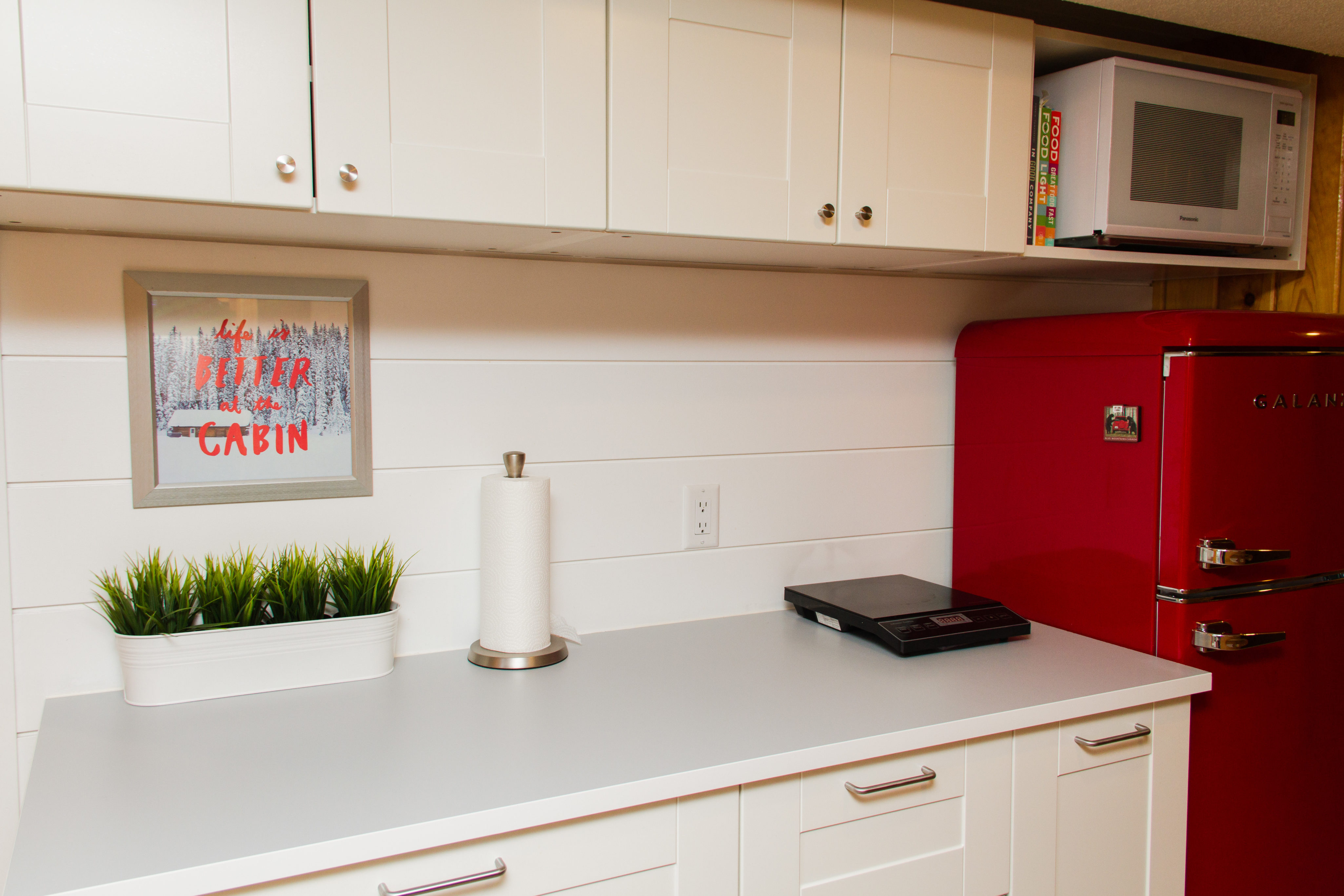 She got these inspirational prints from Wrinkle and Crease, a Calgary-based stationery company: 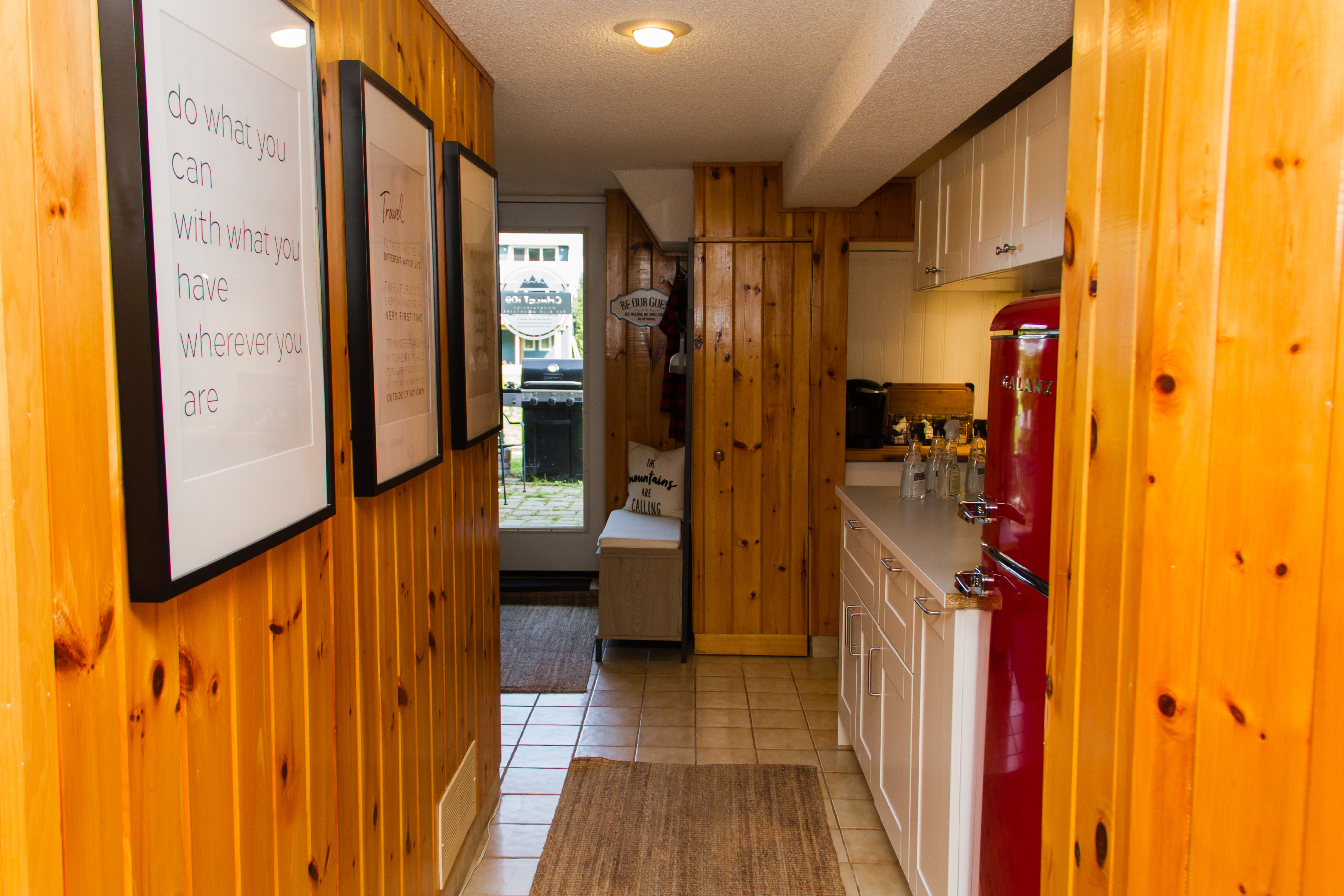 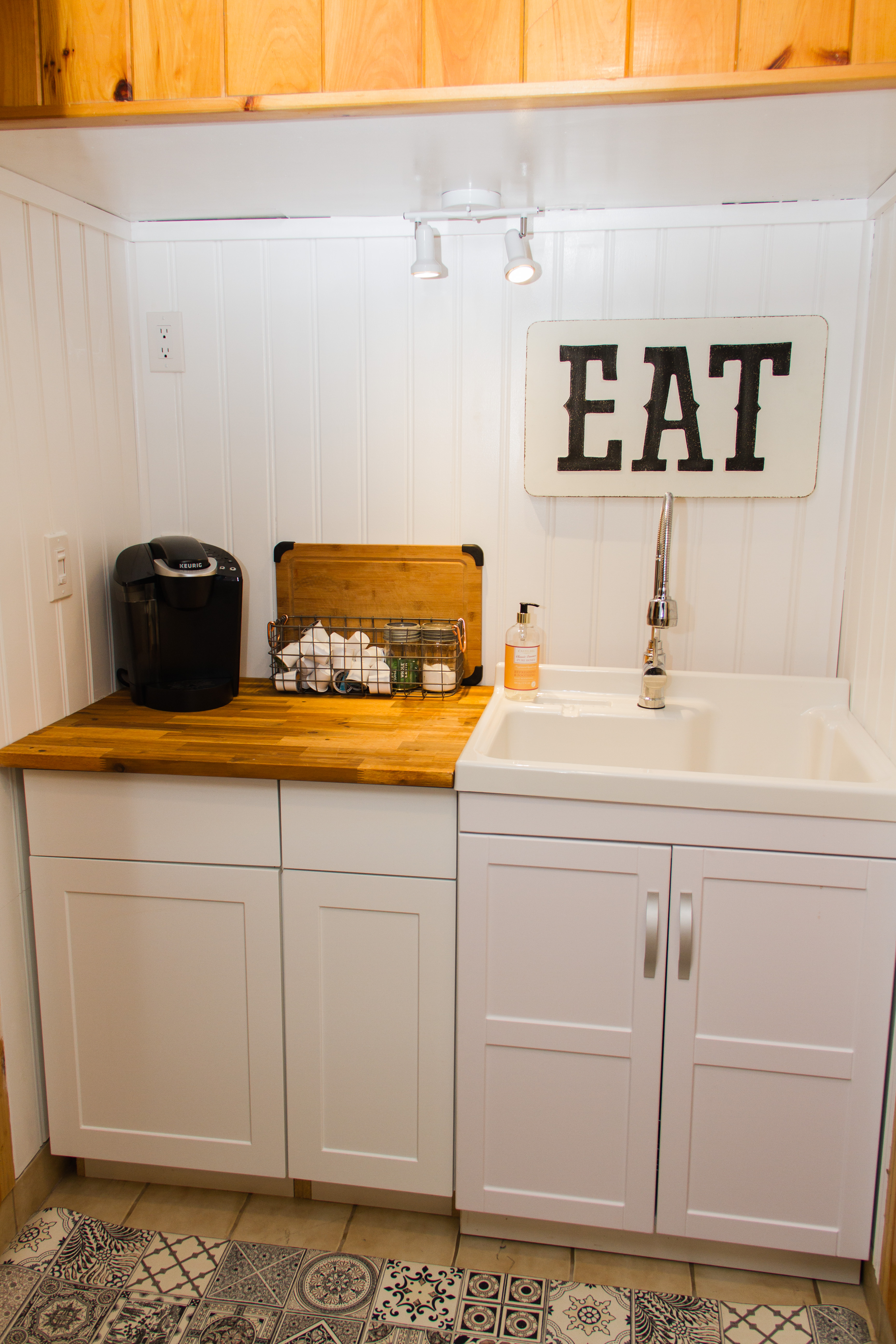 Here’s the first bedroom, which is 100 square feet. Amy added woodsy wallpaper to give it a “rustic-chic” chalet vibe: 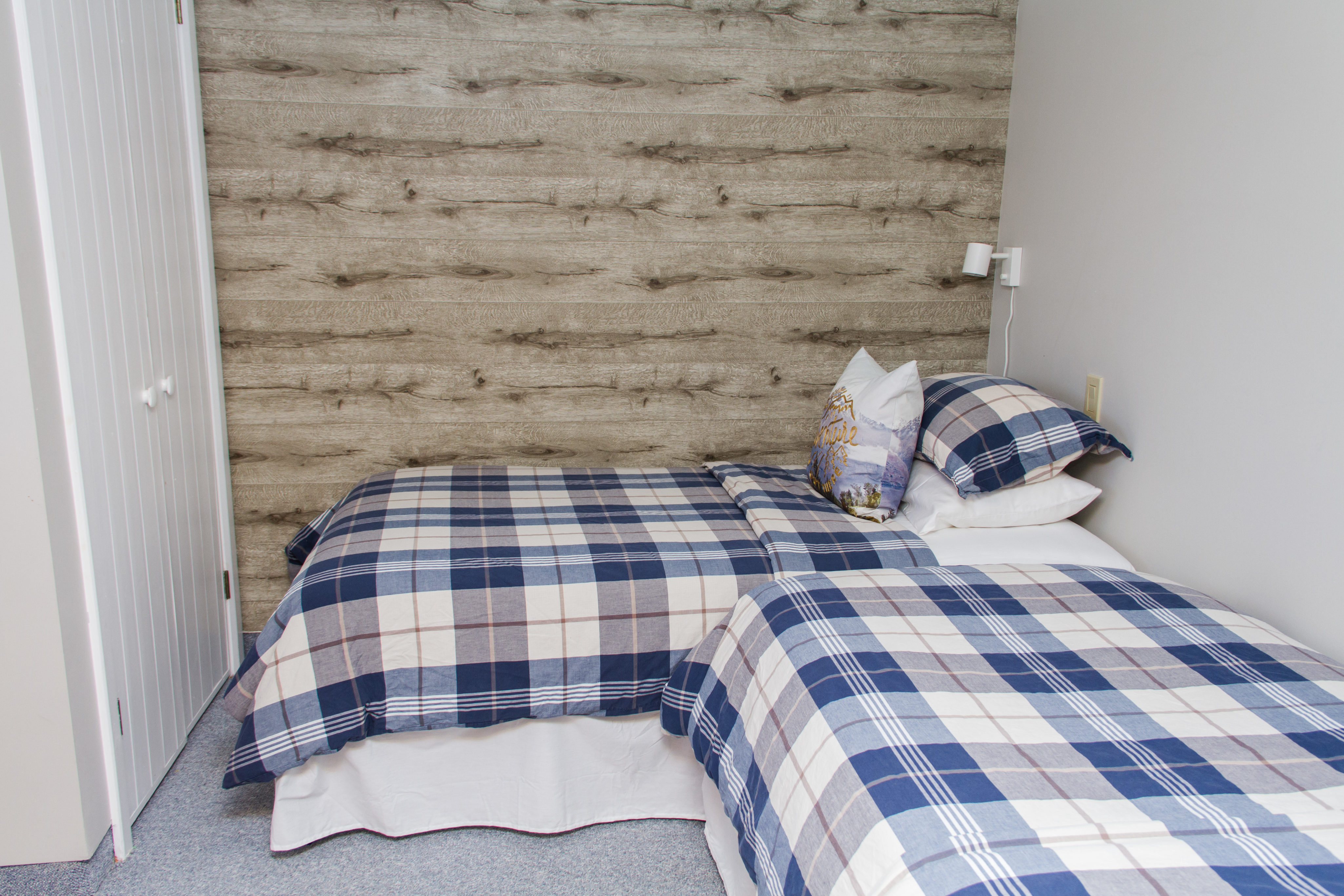 There’s more woodsy decor in the second bedroom, which is 110 square feet: 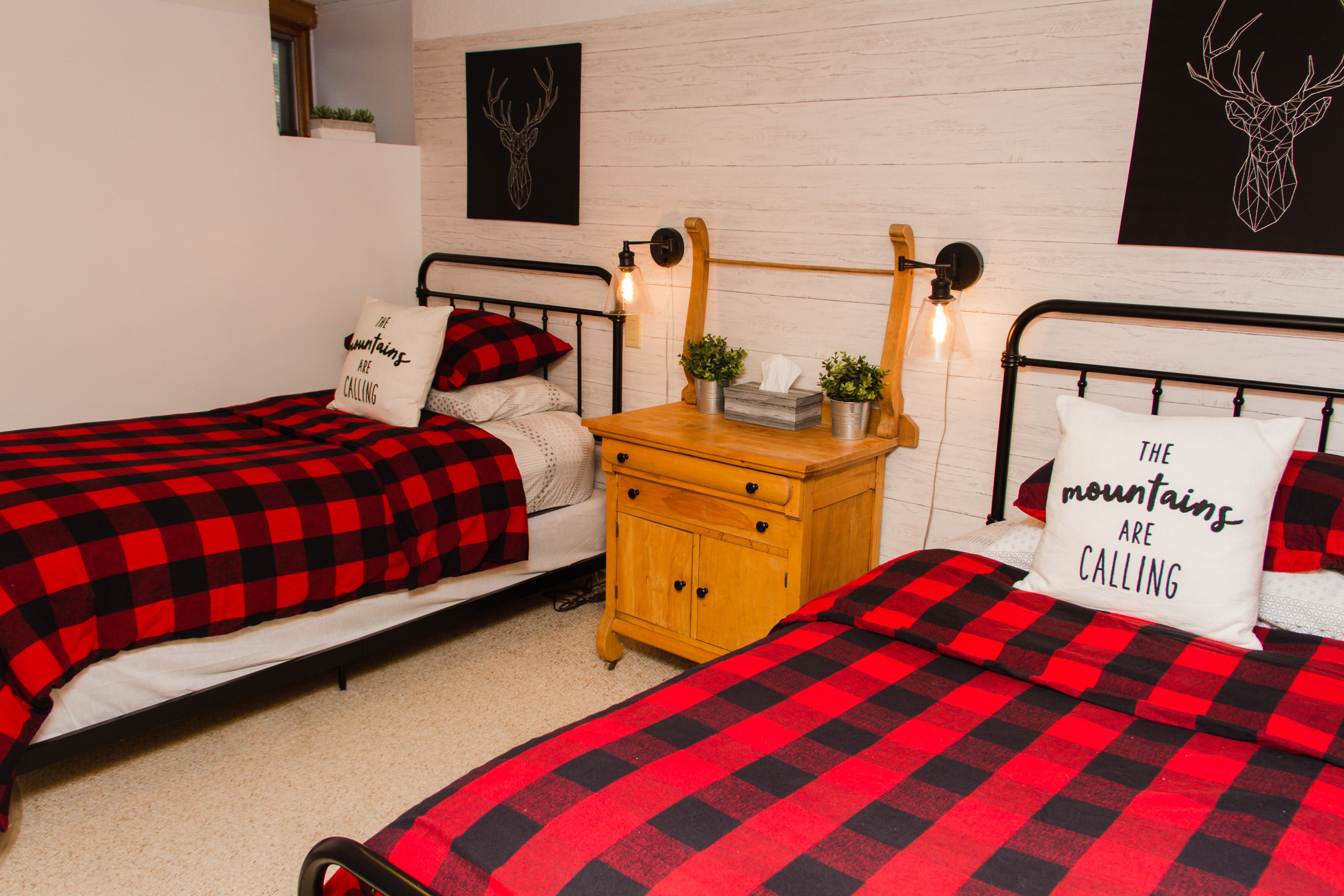 At just 56 square feet, the third bedroom is the smallest, but it’s got a queen-sized bed: 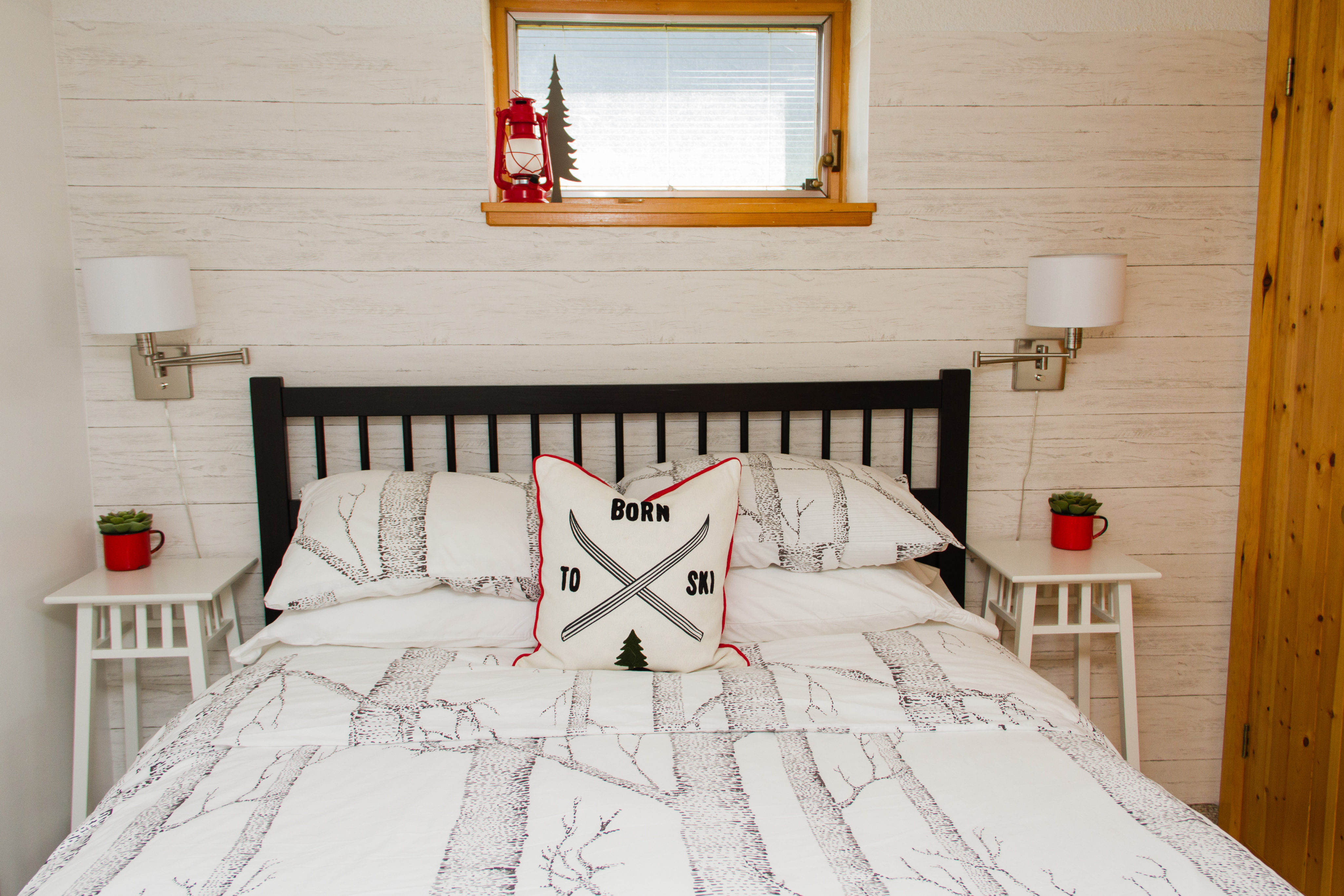 Here’s the bathroom, which features more “rustic” wallpaper and some mountain-themed photography: 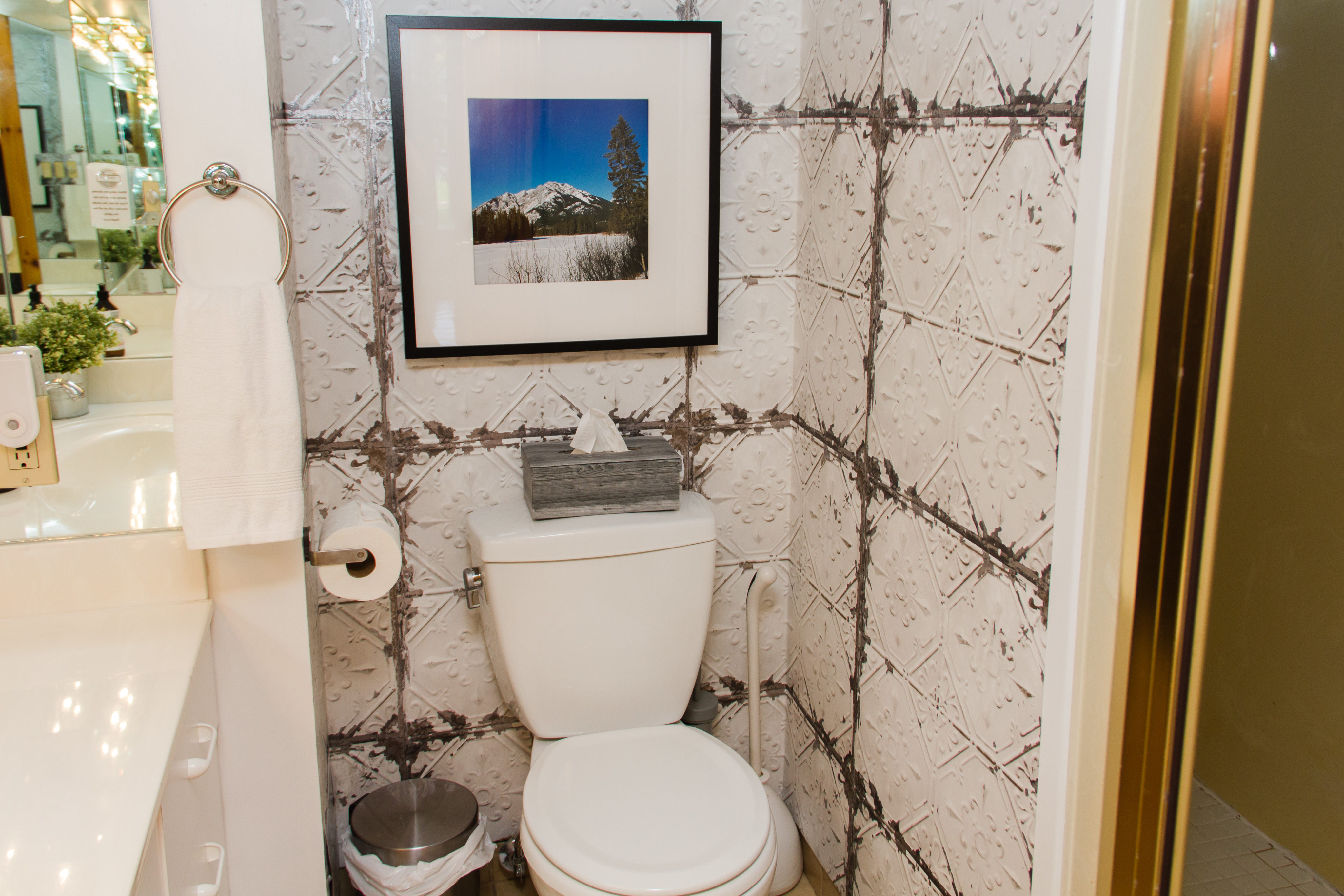 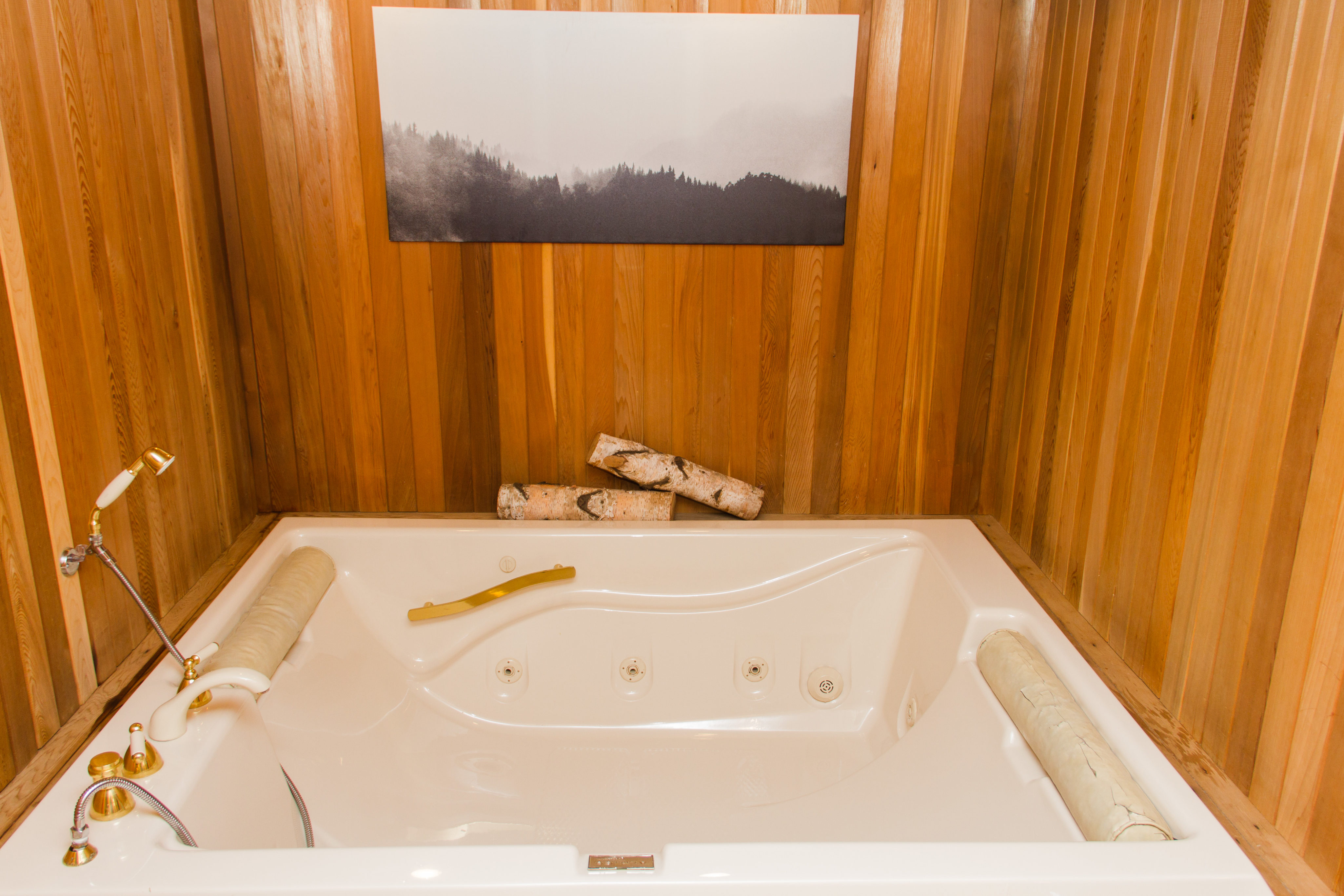 Outside, there’s a barbecue patio and a firepit area on the back lawn: 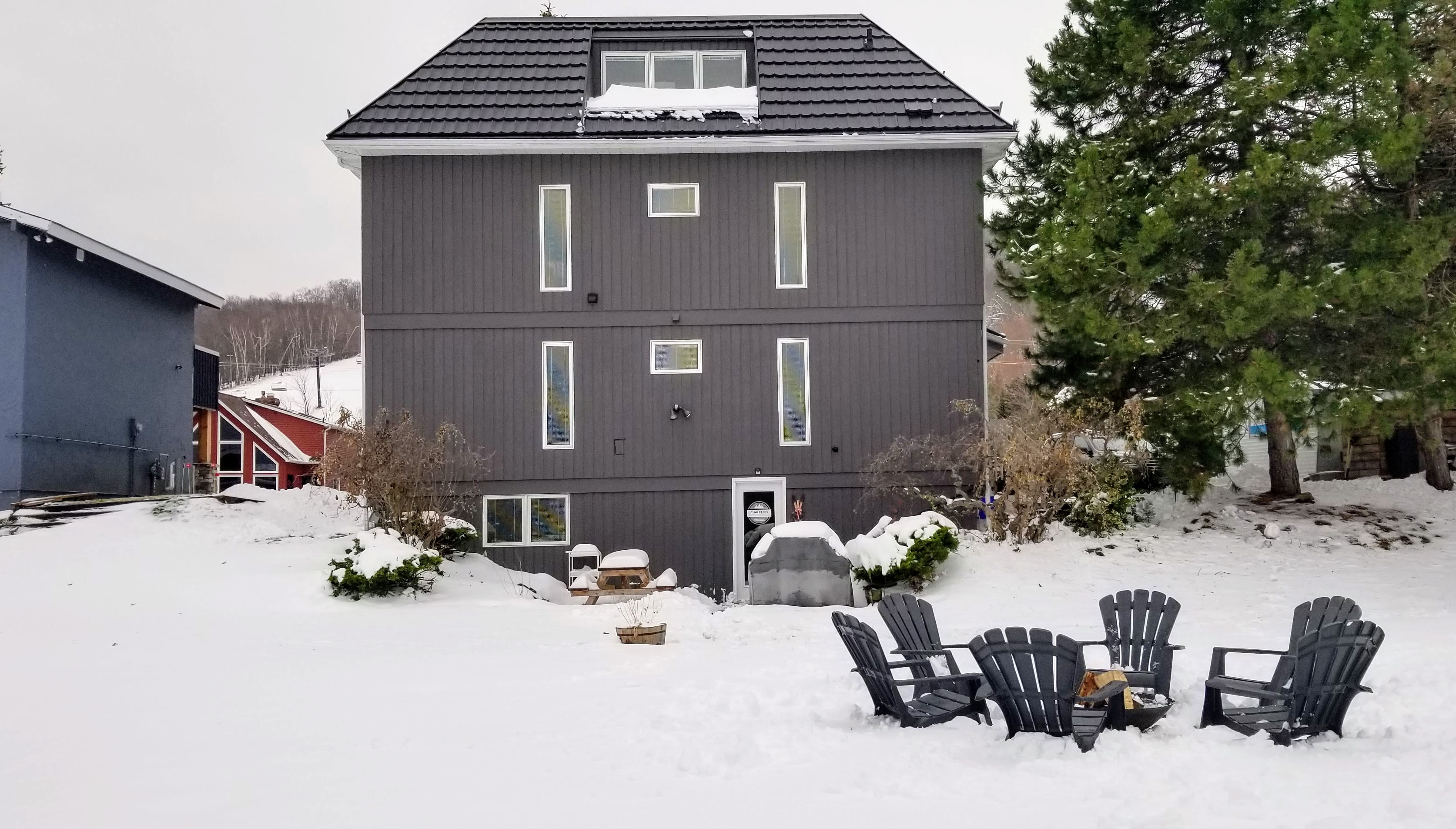 A modern Annex makeover with a Covid-era bonus: one totally tricked-out home gym