Who: Koel Loyer, 43, a wealth manager and partner at a financial planning firm in Toronto

The history: Loyer, who grew up in the GTHA, spent his childhood skiing at a resort in New York, where his aunt and uncle lived. In his mid-20s, after studying commerce at Queen’s, he moved to Toronto for work and started visiting Blue Mountain during the ski season with friends. His ski obsession grew from there. Even when Loyer had work trips out west during the winter, he would make sure to hit the Rocky Mountains for some powder time.

About five years ago, Loyer joined the Craigleith Ski Club, a private Blue Mountain resort where a couple of his long-time friends already had a membership. He visited them periodically over the years, renting a place in the area on weekends or for a couple of months at a time. Eventually, Loyer planned to get his own place up there.

In March, when the world shut down, Loyer had trouble adjusting to the work-from-home life in his small apartment in Little Italy. He missed the camaraderie of his co-workers in the Financial District. And with traveling across the country to different ski hills prohibited for the foreseeable future, in late April, he decided to look for a winter chalet near Craigleith. If he had to work from home, why not near a ski hill? He also figured it would be great to have another property outside of the city should a second wave hit.

So, Loyer called up a real estate agent, LeeAnn Matthews with the Chris Keleher Team, who works in the Collingwood area.

The hunt: In July, Loyer started touring some chalets. He wanted something close to Craigleith for less than $1 million, with at least three bedrooms to host friends and family. Bonus points if it backed onto snowshoe or ski trails, making it feel more like a winter escape than a residential subdivision. Loyer imagined a sort of post-Covid “party pad” for the people in his bubble. Then he found out that someone at Craigleith planned to list their place within the next few days. Loyer drove up right away.

The five-bed, four-bath semi was nestled in The Orchard, a luxury community at the base of Craigleith. Out front, it had a cedar deck and a façade with warm timber accents. Inside, at 3,400 square feet, it had high ceilings, hardwood floors and a gas fireplace. There were also enough bedrooms that Loyer could easily convert one of them into a remote office. And out back, the place had a snowshoe trail, ticking yet another one of his boxes.

There were a couple of sticking points, though. The seller planned to list for $1,239,000, much more than Loyer intended to spend. But the seller said they would consider a private deal, meaning Loyer could avoid paying realtor commissions. Plus, mortgage rates had dipped to near historic lows, so Loyer felt a bit more comfortable going over budget.

He also didn’t want to have to furnish the place. Ordering beds, couches, tables and chairs took long enough pre-Covid. Who knows how much of a slog it would be now? Loyer told the sellers he would make an offer if they considered leaving a bunch of their furniture, which had been hand-picked by Toronto interior designer Sharon Mimran. The sellers eventually agreed to include a majority of the items, like the living room couches and upstairs beds, for a separate transaction of $30,000.

Loyer offered $1,196,000 for the property, well above his budget, factoring in his savings on realtor commissions. On July 21, the sellers accepted with a closing date of November 2, intending to enjoy the property themselves for the rest of the summer.

The outcome: On November 3, Loyer finally moved in. He brought along new artwork for the walls, including a large $8,200 photograph of a deer taken by Toronto photographer Ryan Szulc and two hand-painted landscapes of a town in Italy made by his godchildren, Ana and Ben. He’s been working from the big kitchen island (he likes the cathedral ceilings and the view of the snowshoe trail), but eventually plans to convert an upstairs bedroom into a workspace. 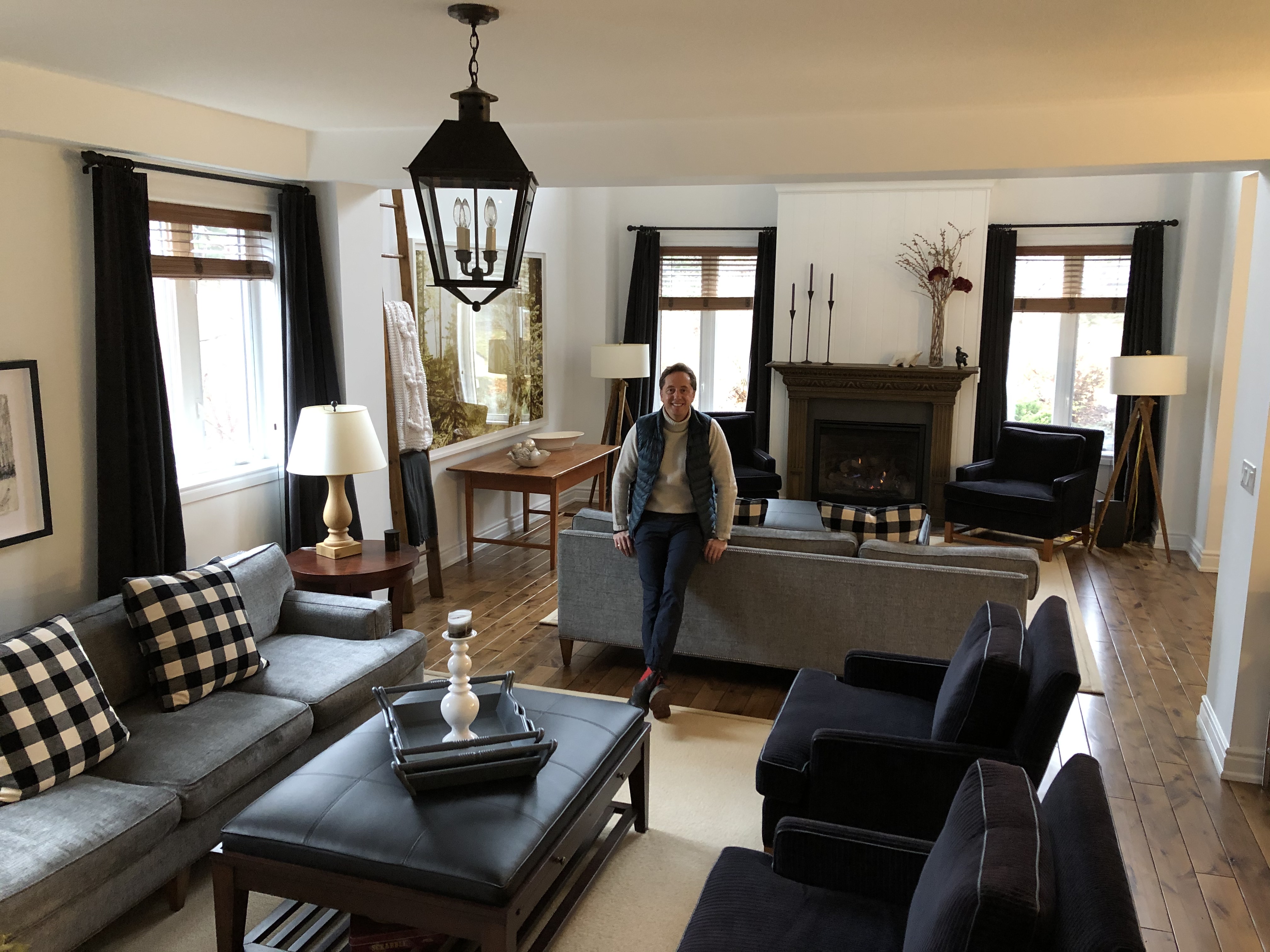 And Loyer is (sort of) realizing his vision for a winter “party pad.” While Torontonians are stuck in a “grey zone” second lockdown, the Blue Mountain region is in the “yellow zone,” permitted gatherings of 10. Loyer wants to have a games weekend and black tie New Year’s Eve party with his small bubble of friends.

Weather and snow permitting, Craigleith will open to members on December 19, in which case the ski season will officially begin. Earlier this month, he went hiking with his godchildren south of the Blue Mountain area, at Eugenia and Hoggs Falls.