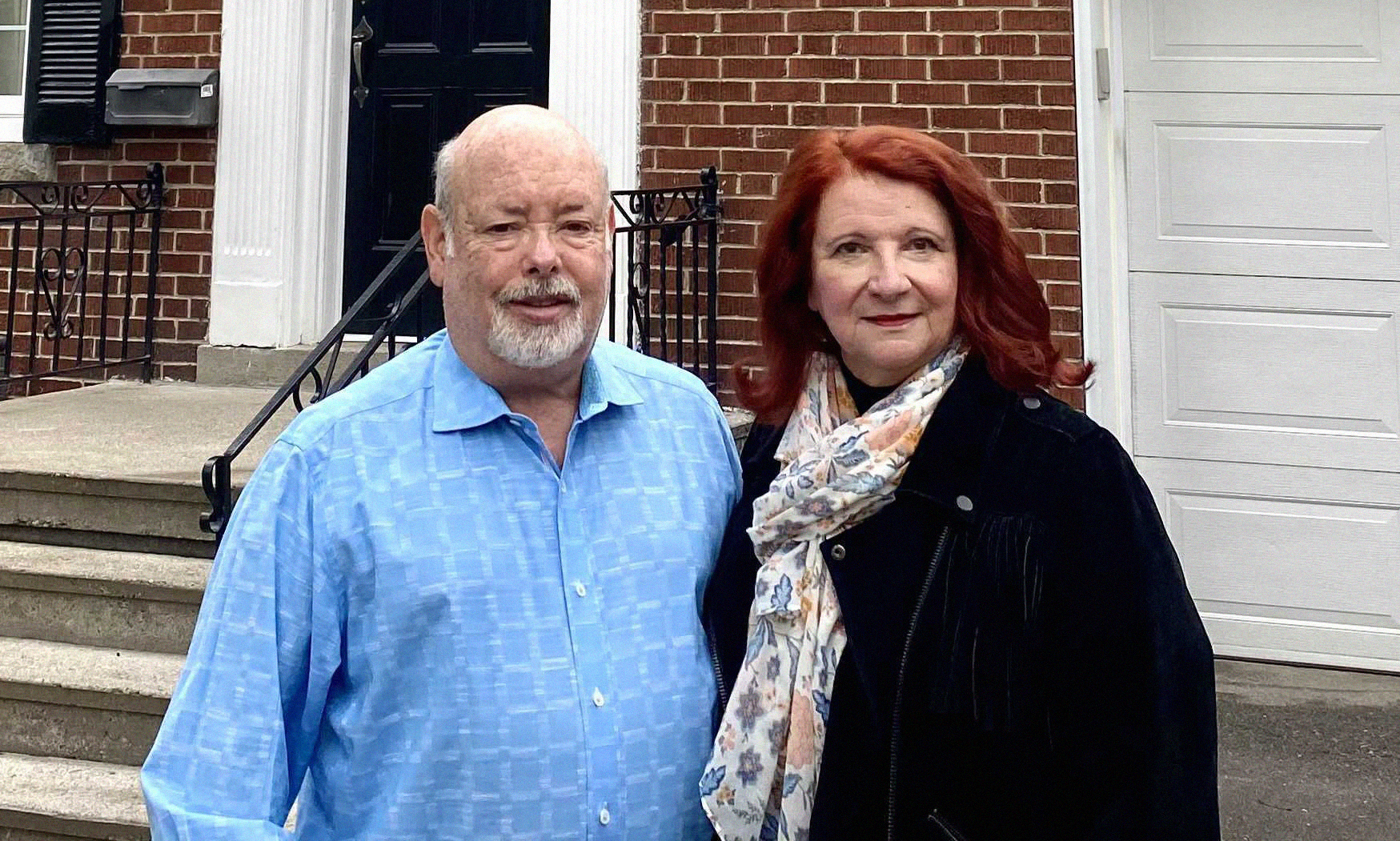 The history: In 1997, Brian and Dean purchased a four-bed, two-bath detached in Armour Heights for $286,000. They and their kids, Blair and Sterling, who were four and seven at the time, moved in shortly after.

The family liked that the house was in a quiet subdivision, backing onto the Don Valley Ravine. It was also near a good public school, and had easy access to the 401.

Over the next 20 years, the Stutzes did a bunch of renovations, installing hardwood floors throughout, remodelling the kitchen, adding a back deck, repaving the driveway and replacing the roof (twice). Altogether, it cost them about $175,000.

In January 2020, just before the pandemic, Brian and Dean both decided to retire. Then, by early 2021, they figured it might be time to downsize.

Their kids had moved out, so they wanted to give up their place in Toronto and move closer to their cottage in Buckhorn, a quaint town near Peterborough.

Brian and Dean had watched property prices climb during the pandemic and wondered how much their place had appreciated over the years.

The sale: The Stutzes expected their house to sell between $1.5 million and $1.6 million, based on recent sales in the neighbourhood.

But their agent, Andre Kutyan of Harvey Kalles real estate, thought they could fetch even more, since there were few other listings in the area.

That got Dean excited as they were getting the house ready. “Andre said, ‘You might get $1.7 million.’ And we’re thinking, Could we get $1.8 million? Like, wow. I said to Brian, ‘Hurry up and pack those boxes, before something else goes on the market!’”

On February 23, on the advice of their realtor, the Stutzes opted to price the place well below market value, at $1.3 million, hoping to drive a bidding war. It worked.

Over the next six days, Kutyan scheduled 120 showings, taking individual buyers through the home in 15-minute intervals.

Dean and Brian stayed at Blair’s condo during the day so the house would be empty. When they arrived home at night, their neighbours remarked at the number of people who had come to see the house.

The family ended up with 19 offers. According to Kutyan, the vast majority were between $1.5 million and $1.7 million—but three were over $1.8 million. The two highest offers came in with the exact same offer amount, deposit and closing date.

At that point, Kutyan went back to the bidders and let them know the highest offers were identical. One bidder shot back with $1,835,00. The other went up to $1,840,000, which sealed the deal.

“The family we sold to included a photograph and a letter with their offer. The letter said, ‘We want this to be our forever home.’ Leaving the house to them made me feel really good,” said Brian.

The Stutzes were thrilled with the final sale, netting them almost $150,000 more than they originally expected. The family thinks the crazy pandemic-era market and low listing strategy were essential to their success.

The outcome: Brian and Dean are relocating to a three-bed bungalow on a quiet cul-de-sac in Bowmanville, a small town located about an hour’s drive east of Toronto.

It’s an hour closer to their cottage in Buckhorn and they’ve got friends in the area. “It’s half the cost, it’s smaller, but it’s all we need,” said Dean.

With the money from the sale of their Toronto home, the Stutzes were able to purchase the Bowmanville bungalow outright and put some money aside for their retirement. They plan to enjoy their new home for most of the year and spend their summers at the cottage.