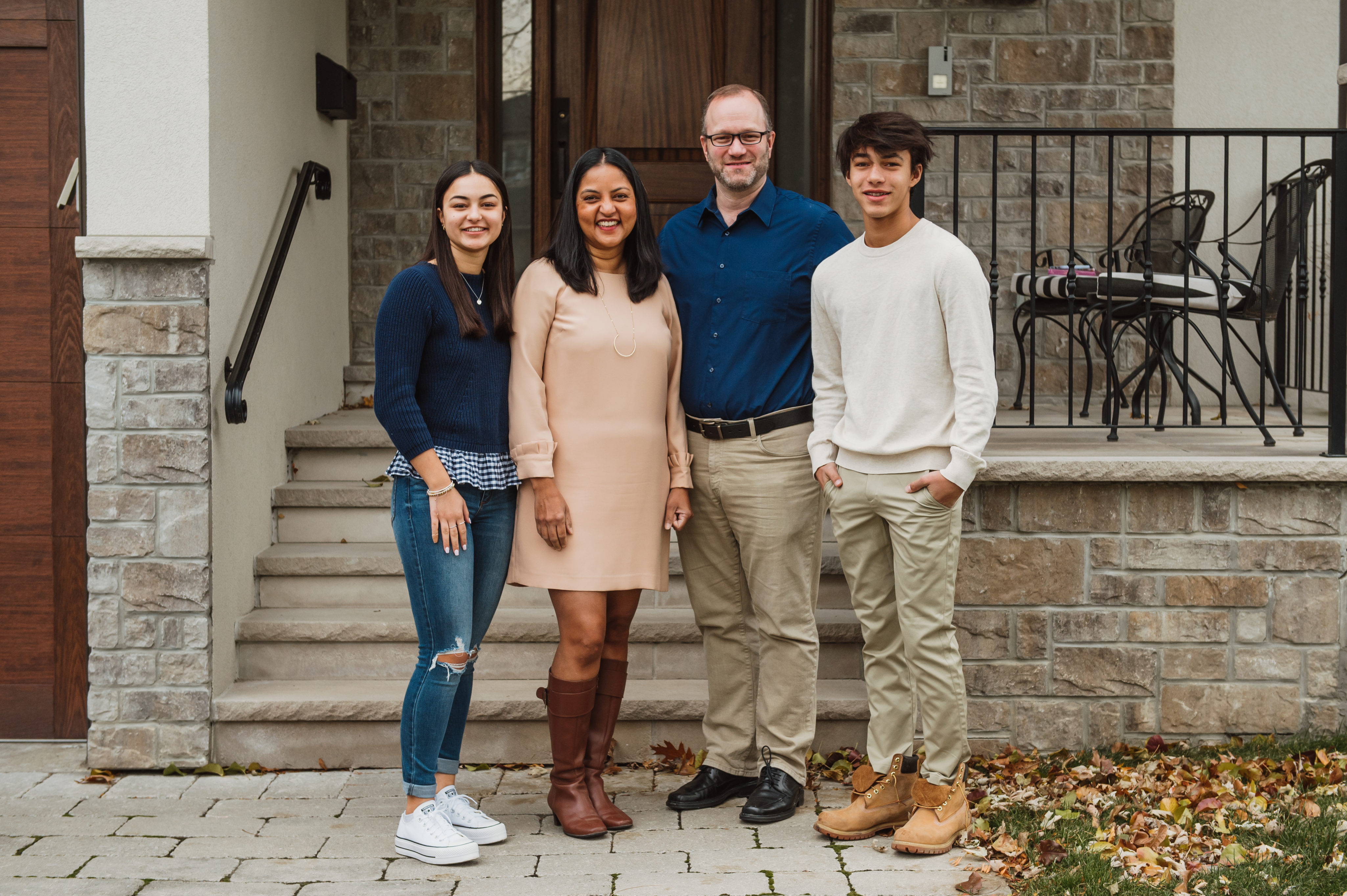 The buyers: Connie Sarvanandan, a 51-year-old real estate agent, and Francis Michaud, 45, chief financial officer of a media company, flanked by their kids Maya, 16, and Logan, 14.

The story: The Sarvanandan-Michaud family live in a five-bed, five-bath detached in North York that they bought in 2013. Francis and Connie had been planning to downsize once the kids went off to university, but with property prices climbing, they decided to mobilize sooner. Last summer, they set a budget of $2 million and started searching for a three-bedroom near Yonge and Eglinton, which they figured they could rent to help cover the mortgage until the kids moved out. 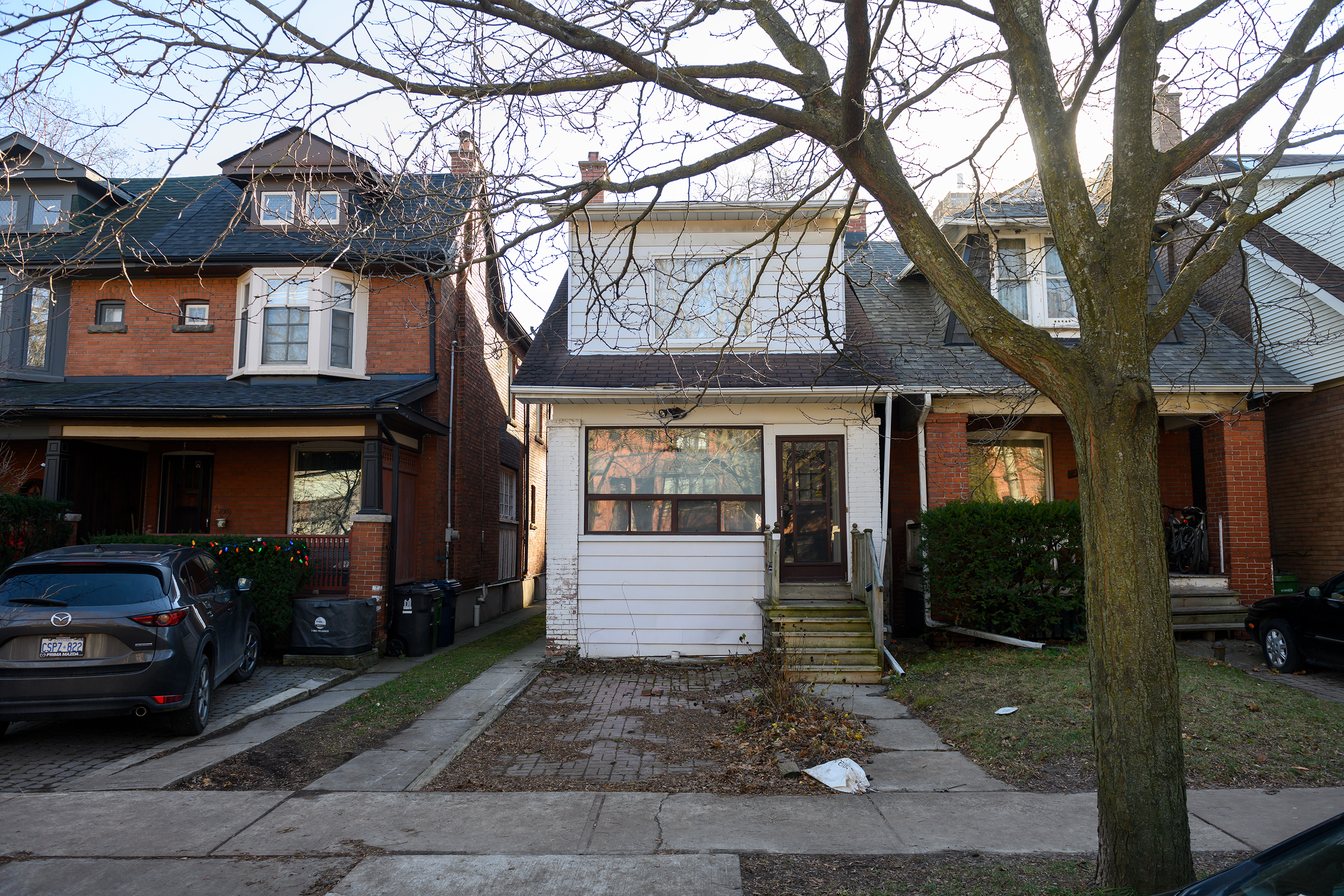 In early August, Francis and Connie viewed this three-bed, one-bath house, just a 15-minute walk from Yonge and Eglinton. Built in 1910, it still had its original red brick on the side and at the back, which they liked. The list price was comfortably within the couple’s budget, but the house was midway through a total gut job. Francis and Connie knew they’d have to complete the reno and build at least two additional bathrooms in order to attract potential tenants. Wary of the costs, they decided to look elsewhere.

Woburn Avenue (near Yonge and Lawrence) 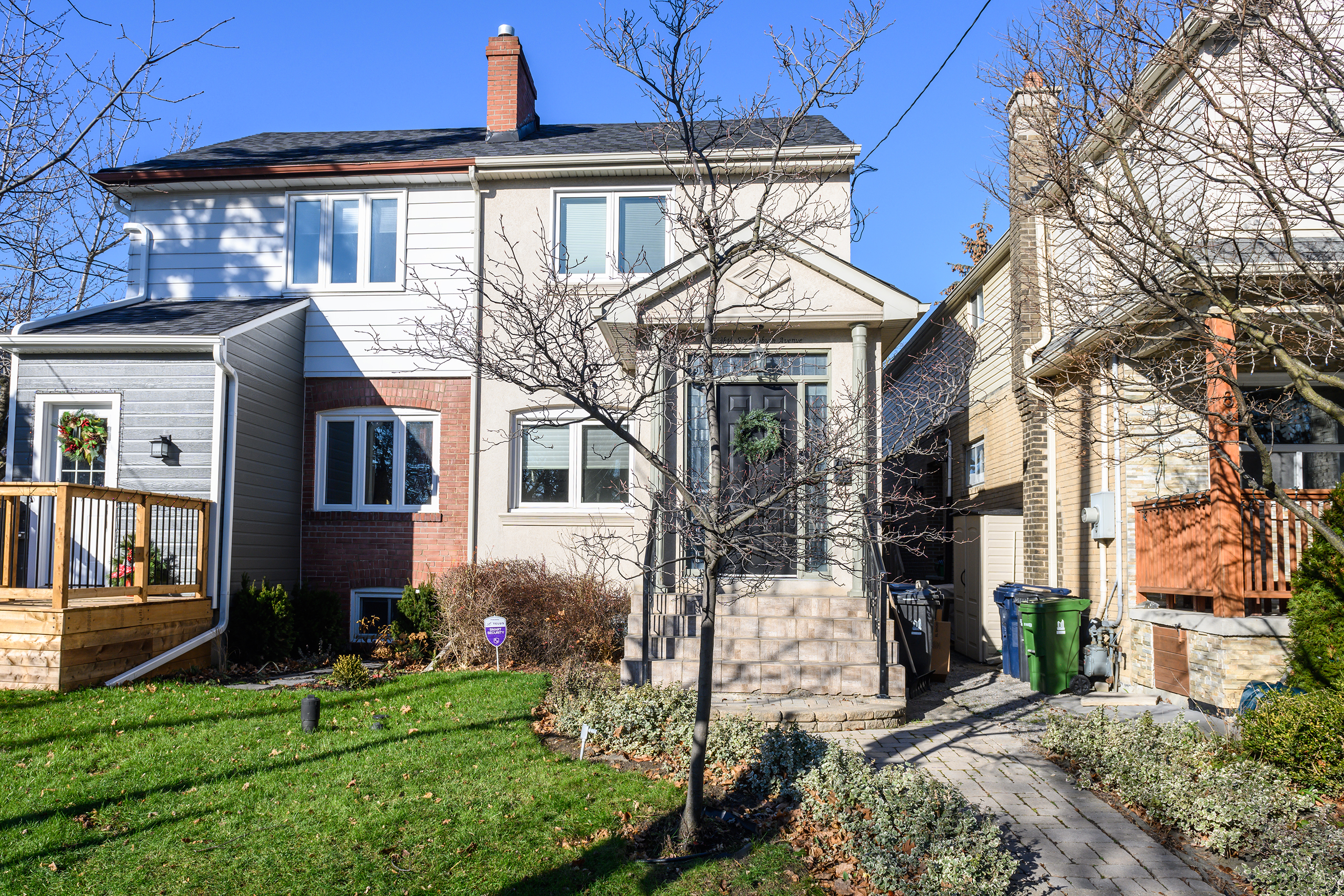 In mid-September, the couple toured this three-bed, four-bath semi in Lawrence Park. The place was a bit far from their preferred neighbourhood, but the interior was recently renovated and move-in ready. Connie especially liked the open-concept main level and the brand-new finished basement. The home was listed at below market value based on comparable sales in the area, so they weren’t surprised when more than 15 bids came through on offer day. They didn’t want to get in the middle of a bidding war and chose to move on.

Castlefield Avenue (near Yonge and Eglinton) 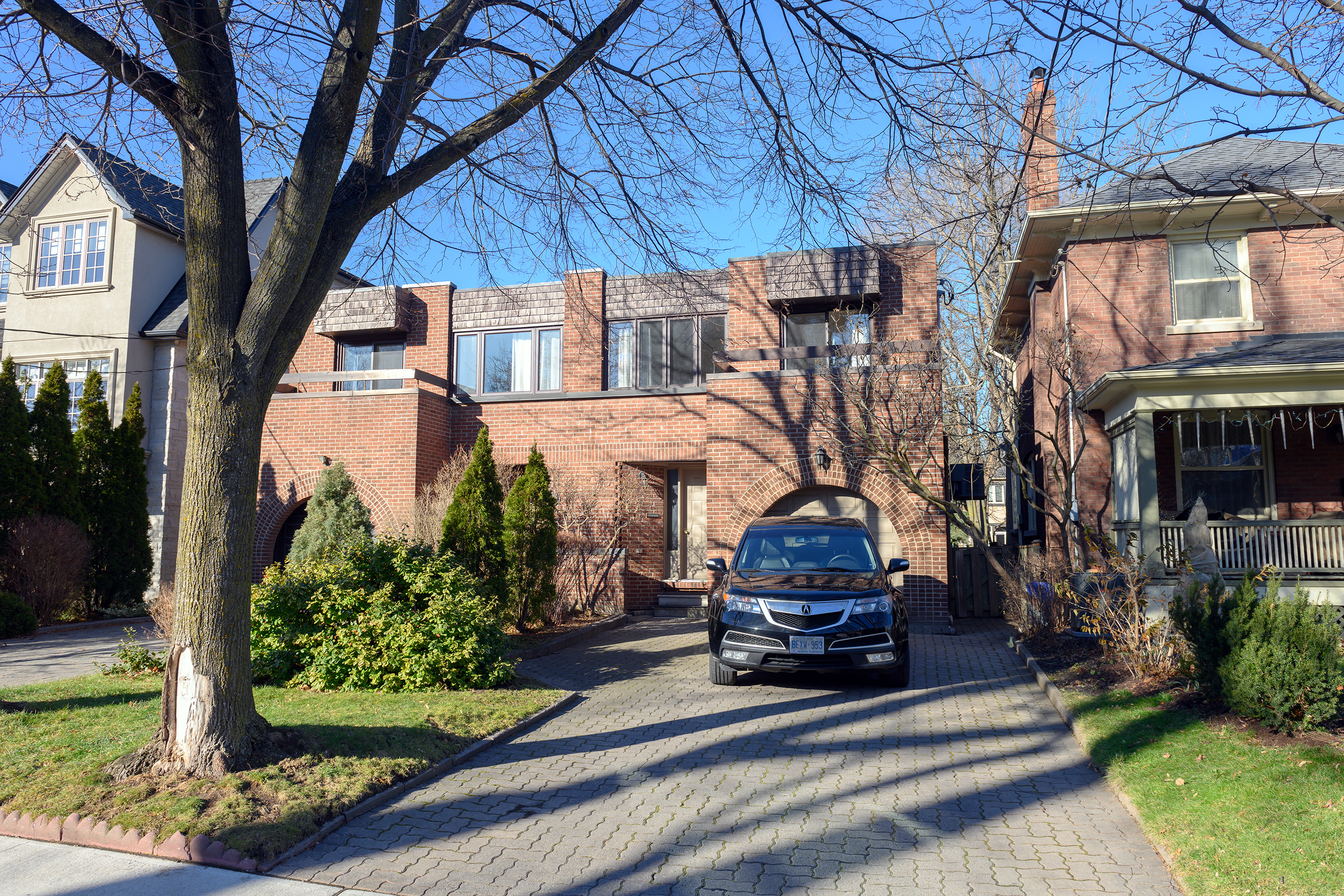 In late October, Francis and Connie found this three-bed, four-bath semi, which met their requirements for size and location. On the downside, the place needed some updates, including new flooring on the main level and an overhaul in the kitchen. They decided to go for it anyway. The couple made an offer of $80,000 below asking, knowing they’d need the rest of the budget for renovations. They also added a flexible close and no conditions, which helped seal the deal. In January of 2022, they took possession and started tackling renovations.