$2 million for this East York home with Japanese minimalist energy

$2 million for this East York home with Japanese minimalist energy

A bright, open-concept modern house with a 10-foot ficus in the front foyer. Unlike so many other polished new builds, the place has a homey feel, thanks to the warm woodwork. There’s a wine fridge in the basement, too.

A two-bedroom, one-bathroom bungalow used to stand on the lot, but the sellers tore that down and built this zen-like sanctuary.

Here’s the front foyer. Beside the ficus tree, there’s a spot to lounge: 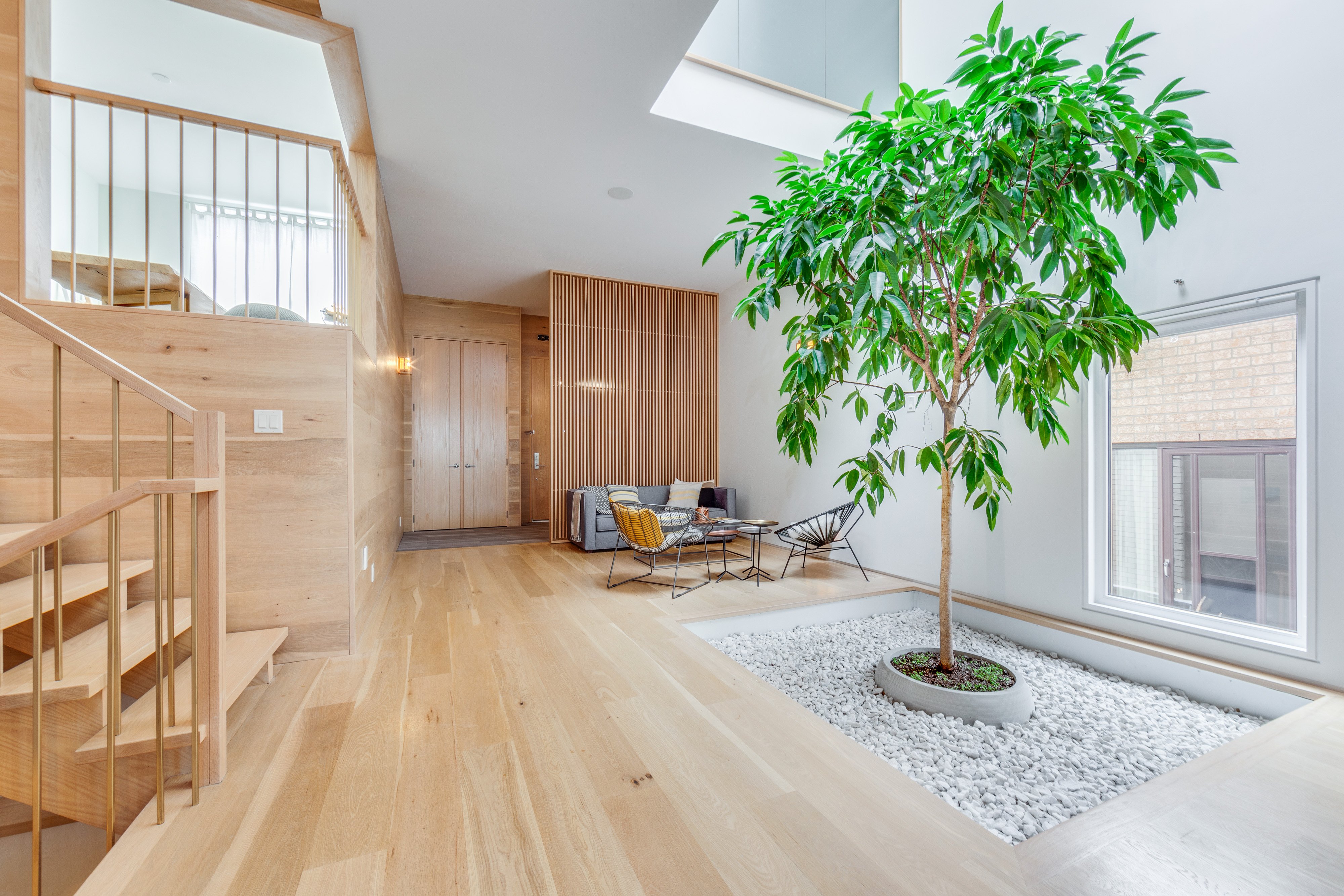 Very open-concept on the main floor: 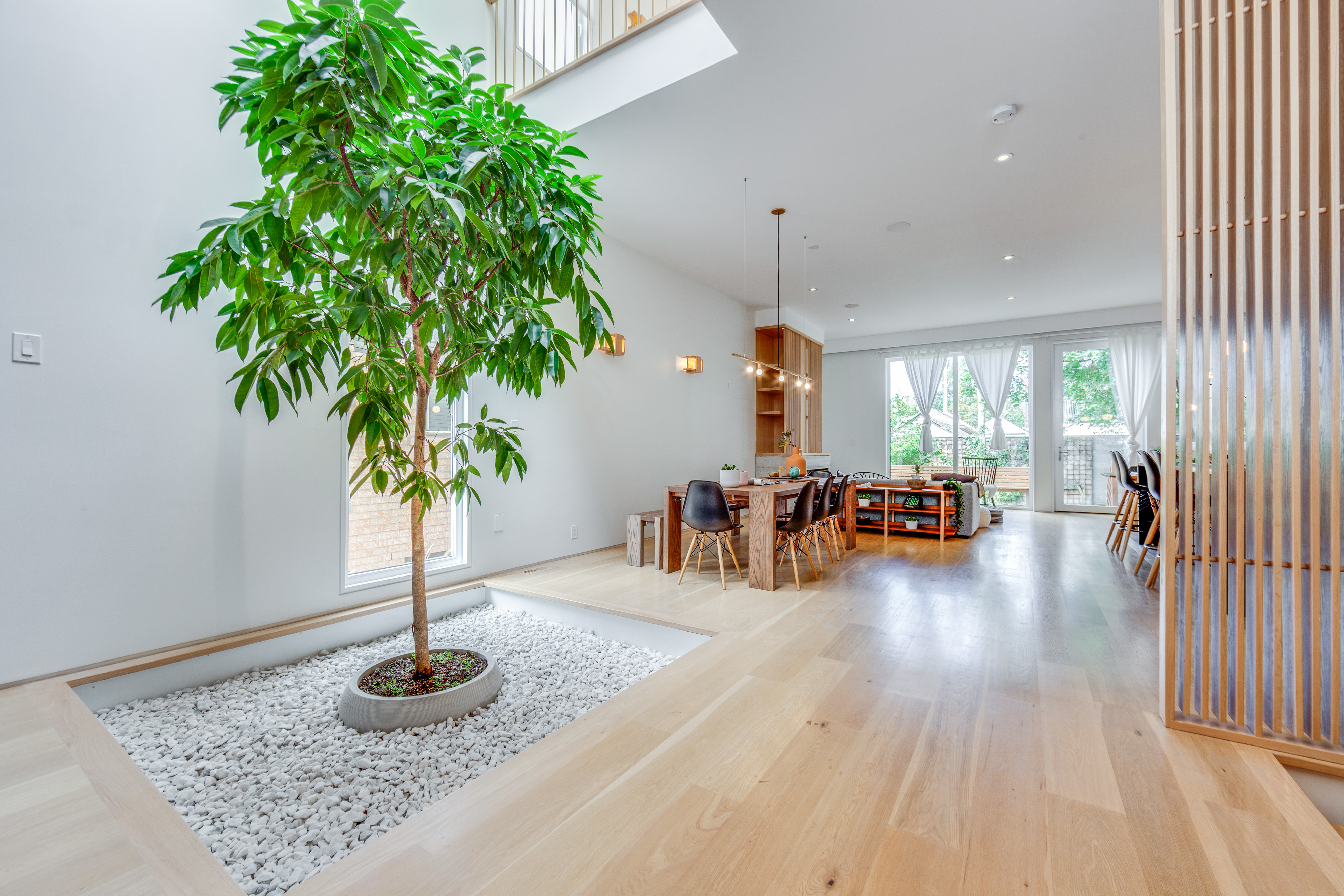 The dining room, which gets some rays from that big skylight: 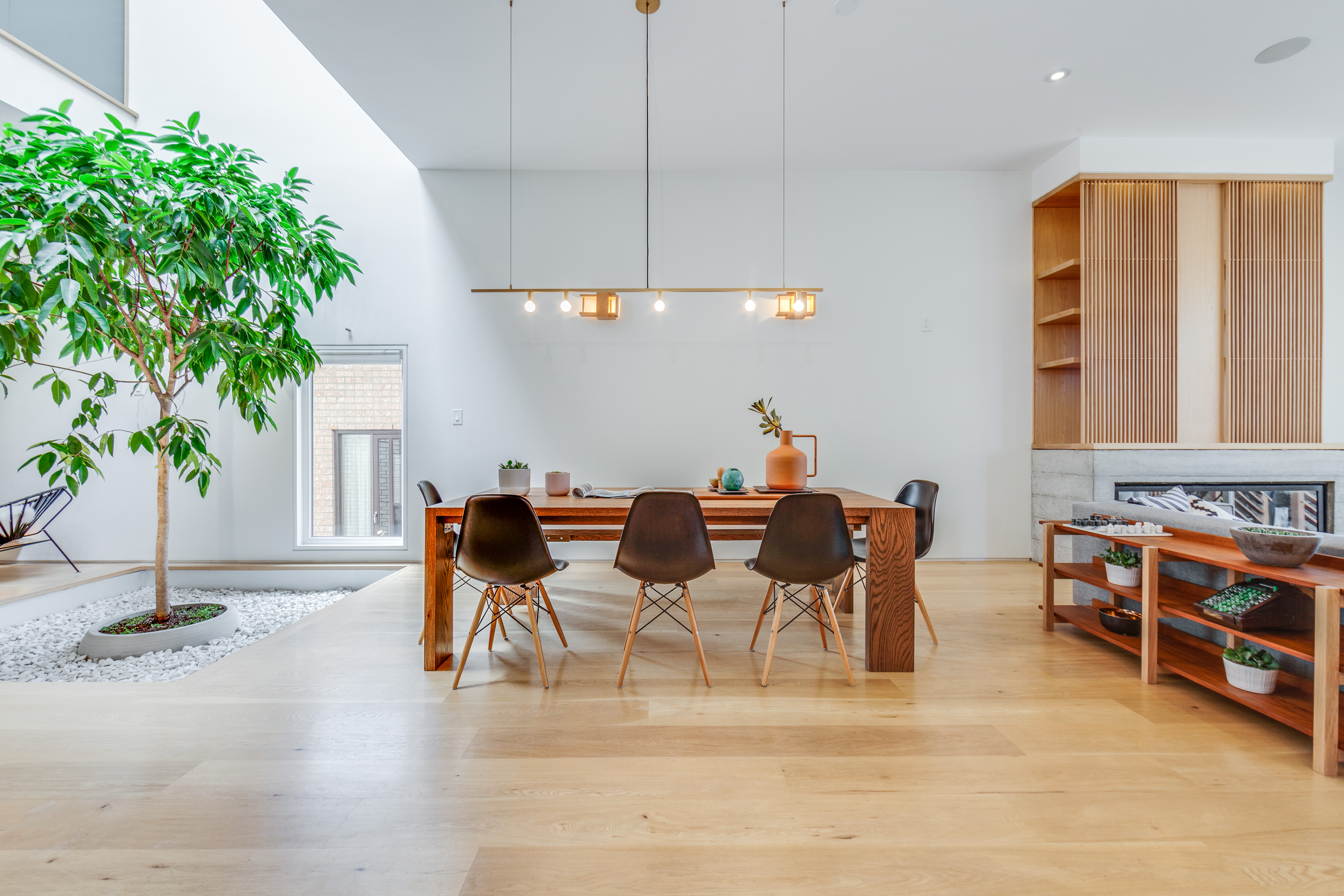 There are marble waterfall countertops in the kitchen: 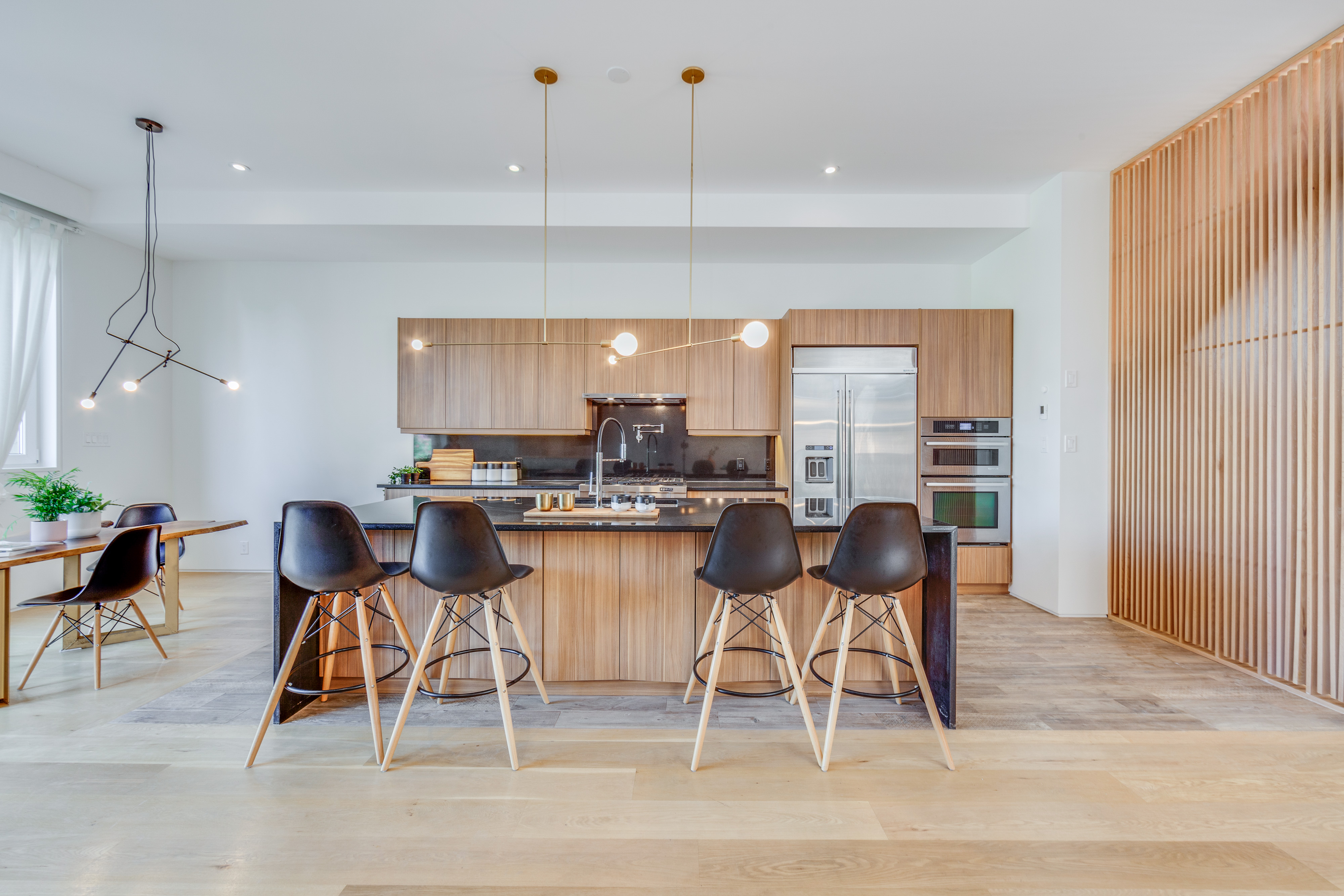 A tiny spot for breakfast: 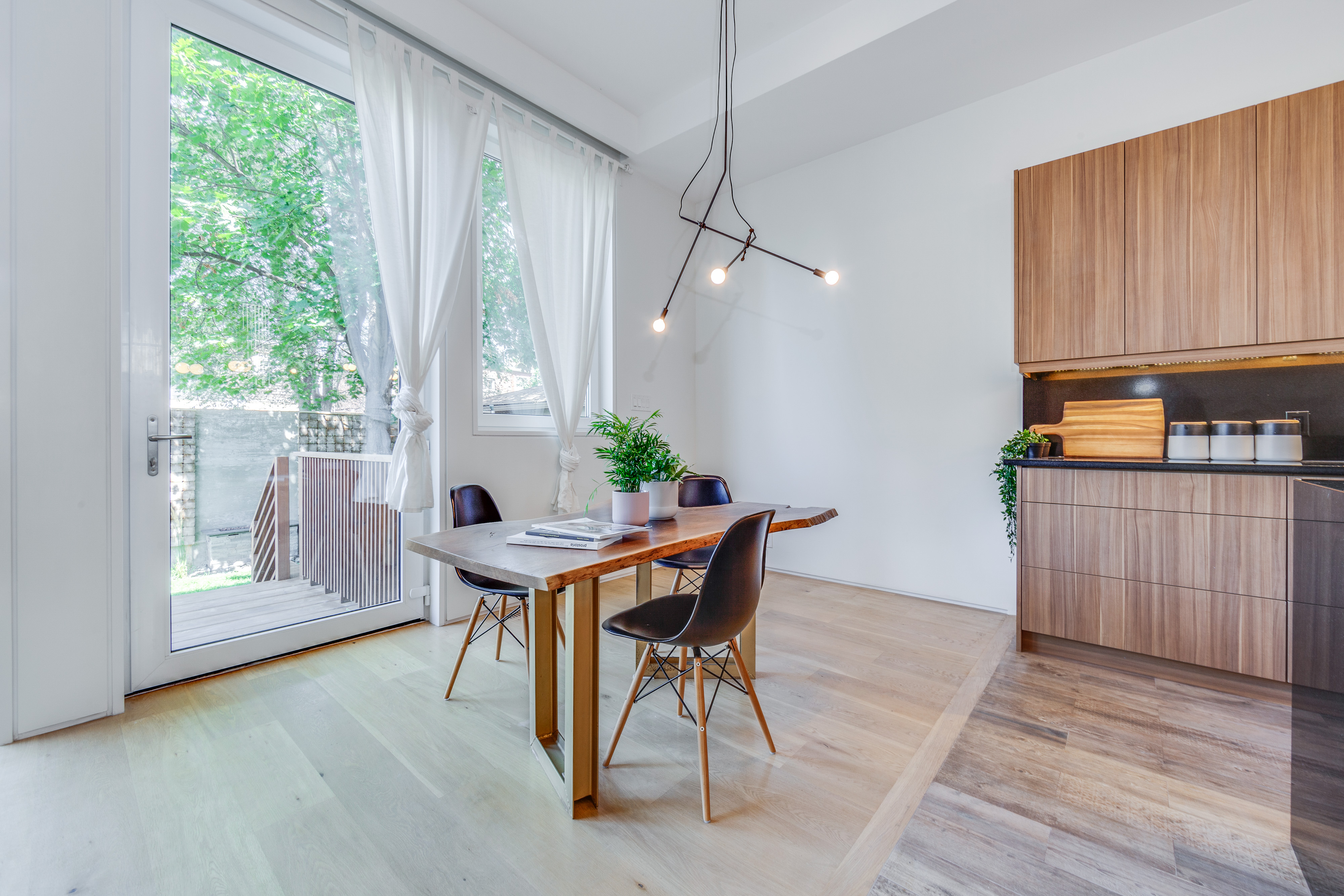 The design on the bookshelf in the living room is meant to replicate a Japanese screen: 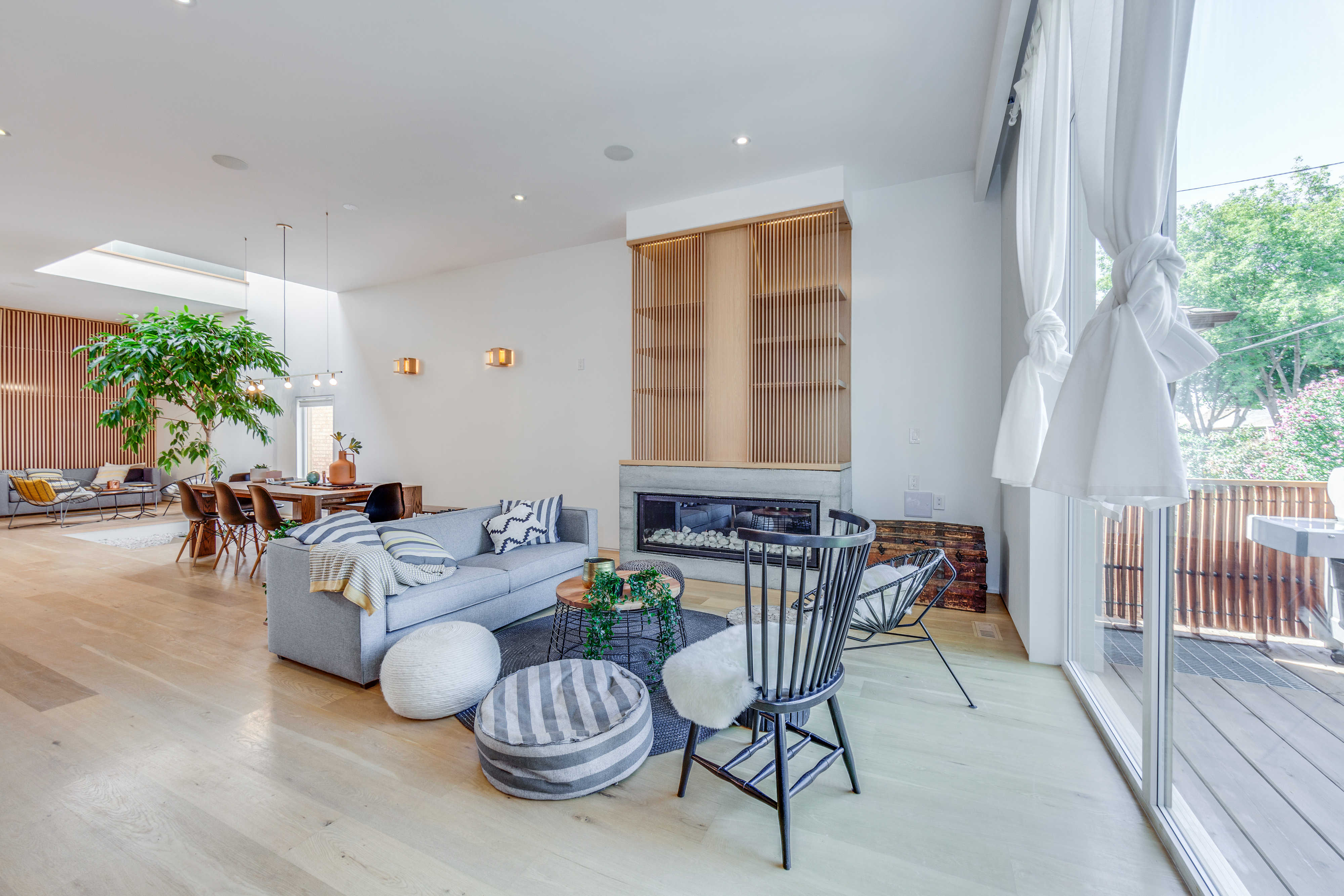 There’s a landing between the first and second floor. The sellers called this spot the tea room: 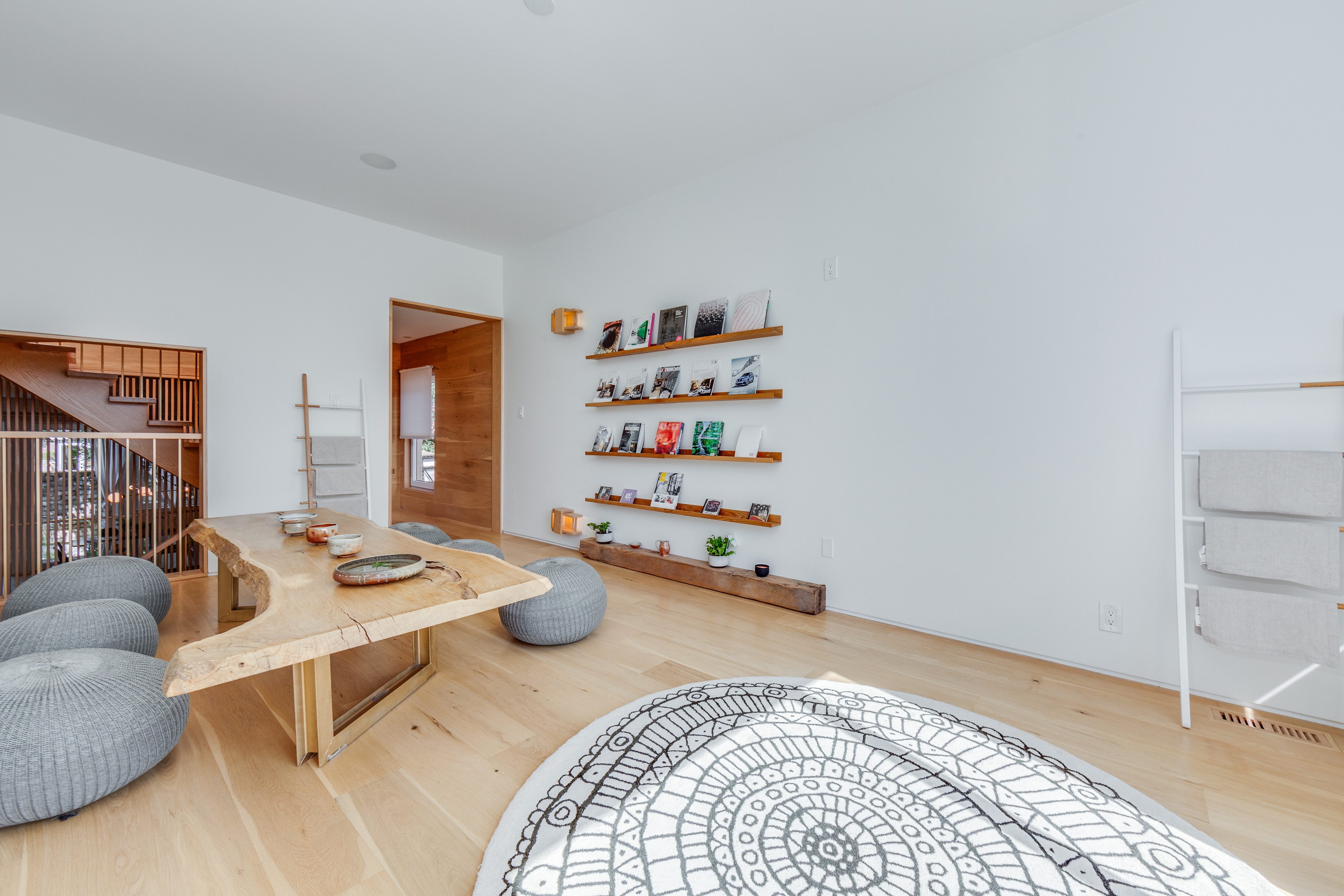 Like much of the house, the staircases are made of oak: 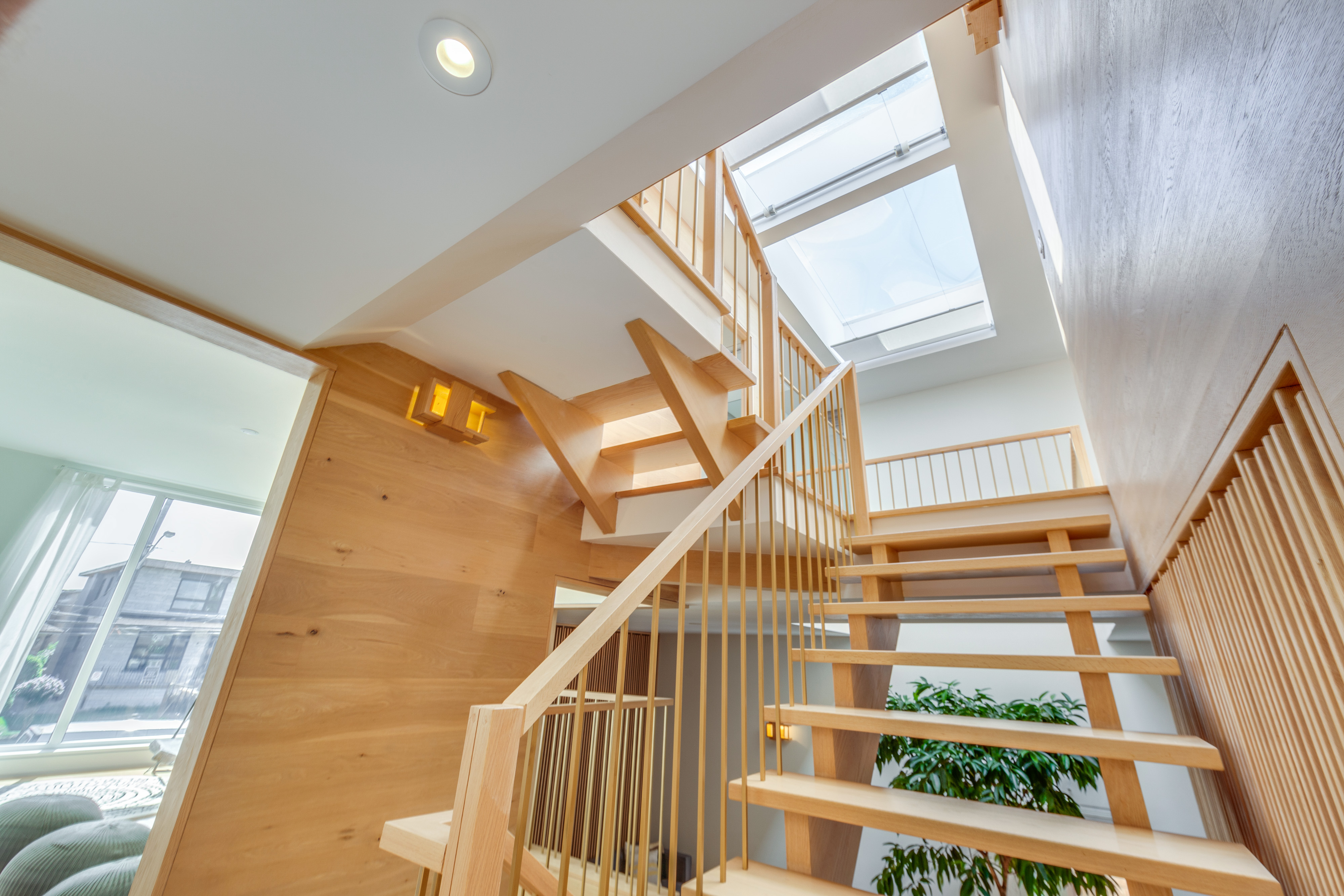 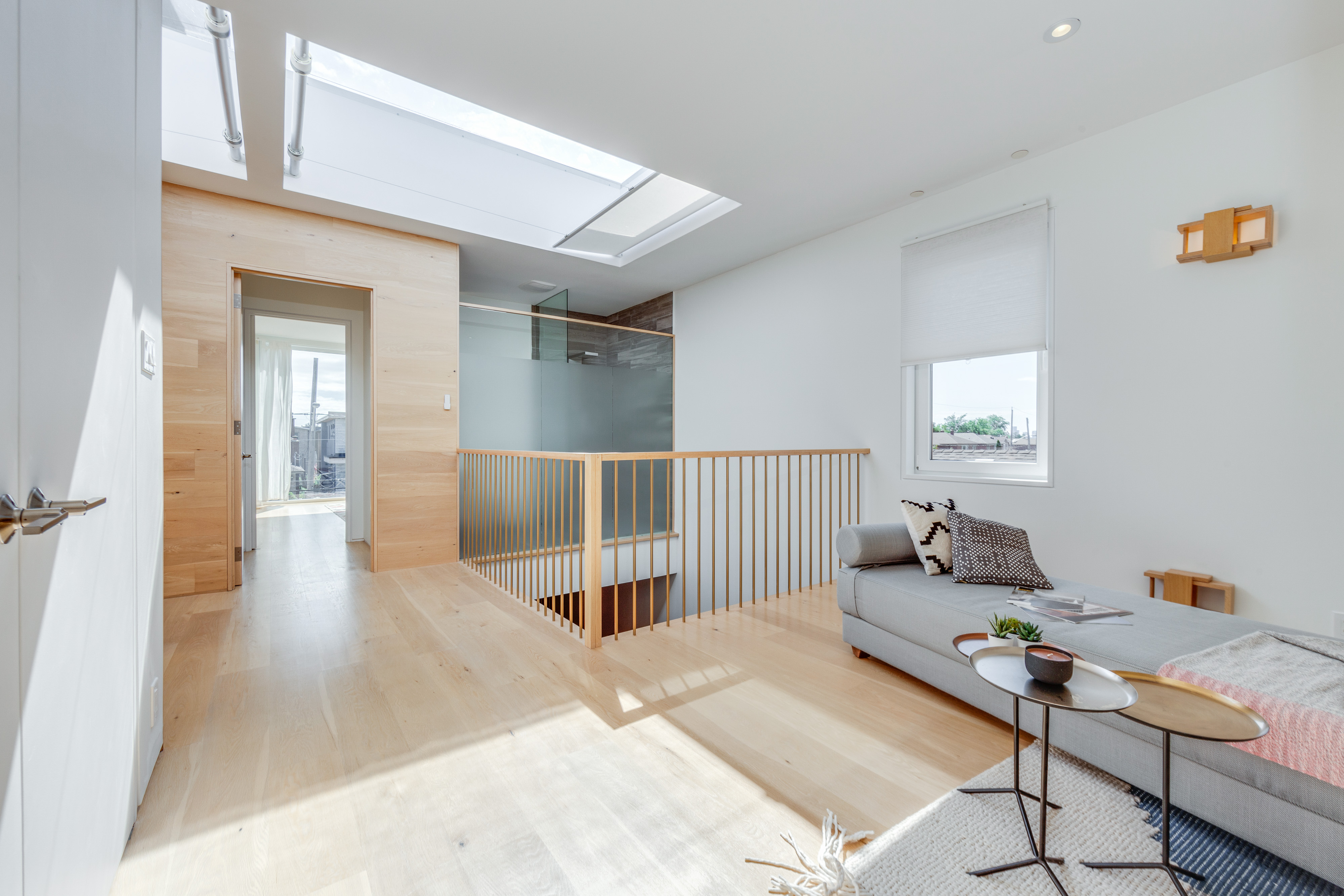 The master bedroom has a nice Juliet balcony: 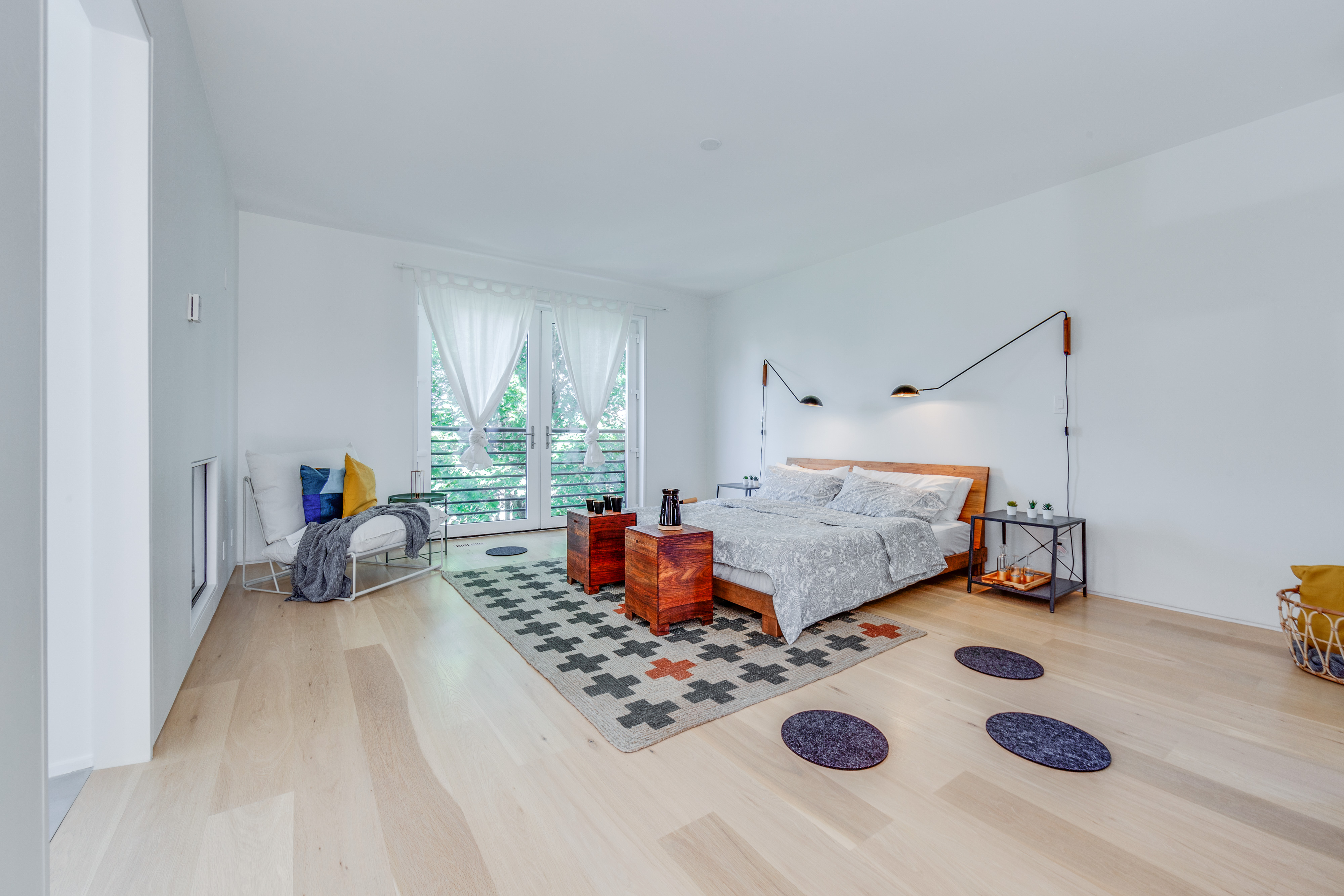 Check out the free-standing designer tub in the master bathroom. It also has a double-sided fireplace that connects to the bedroom: 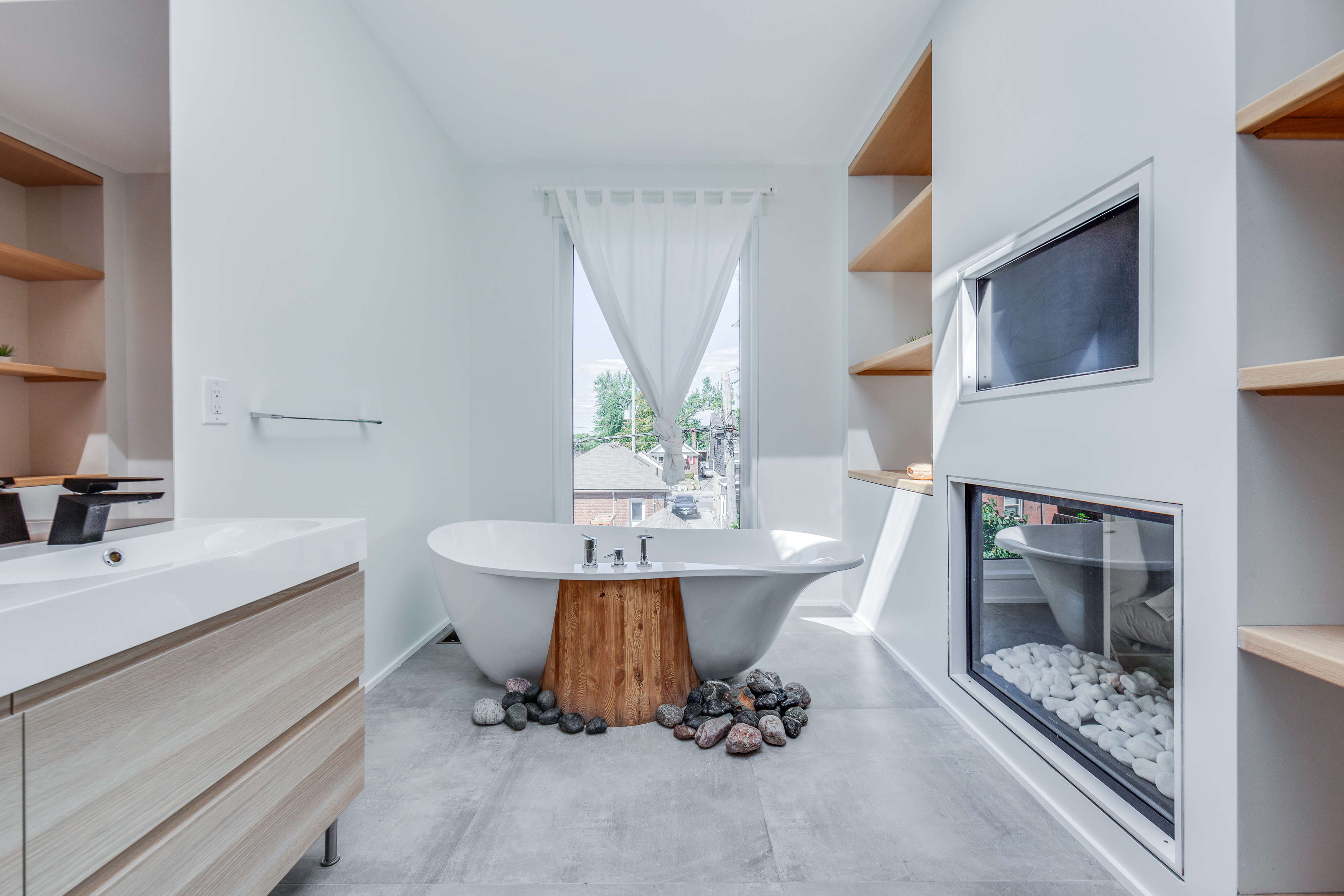 The other upstairs bedroom: 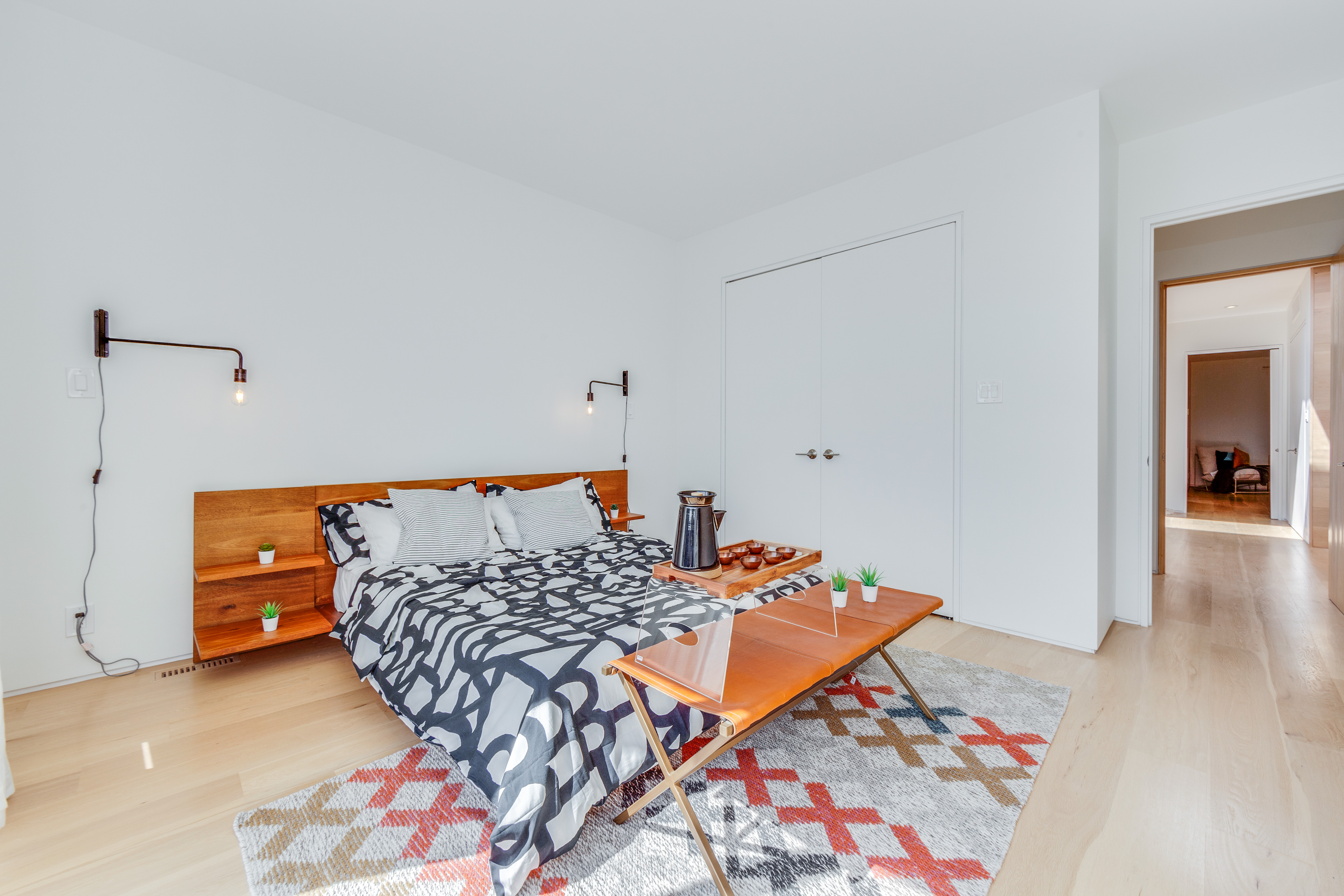 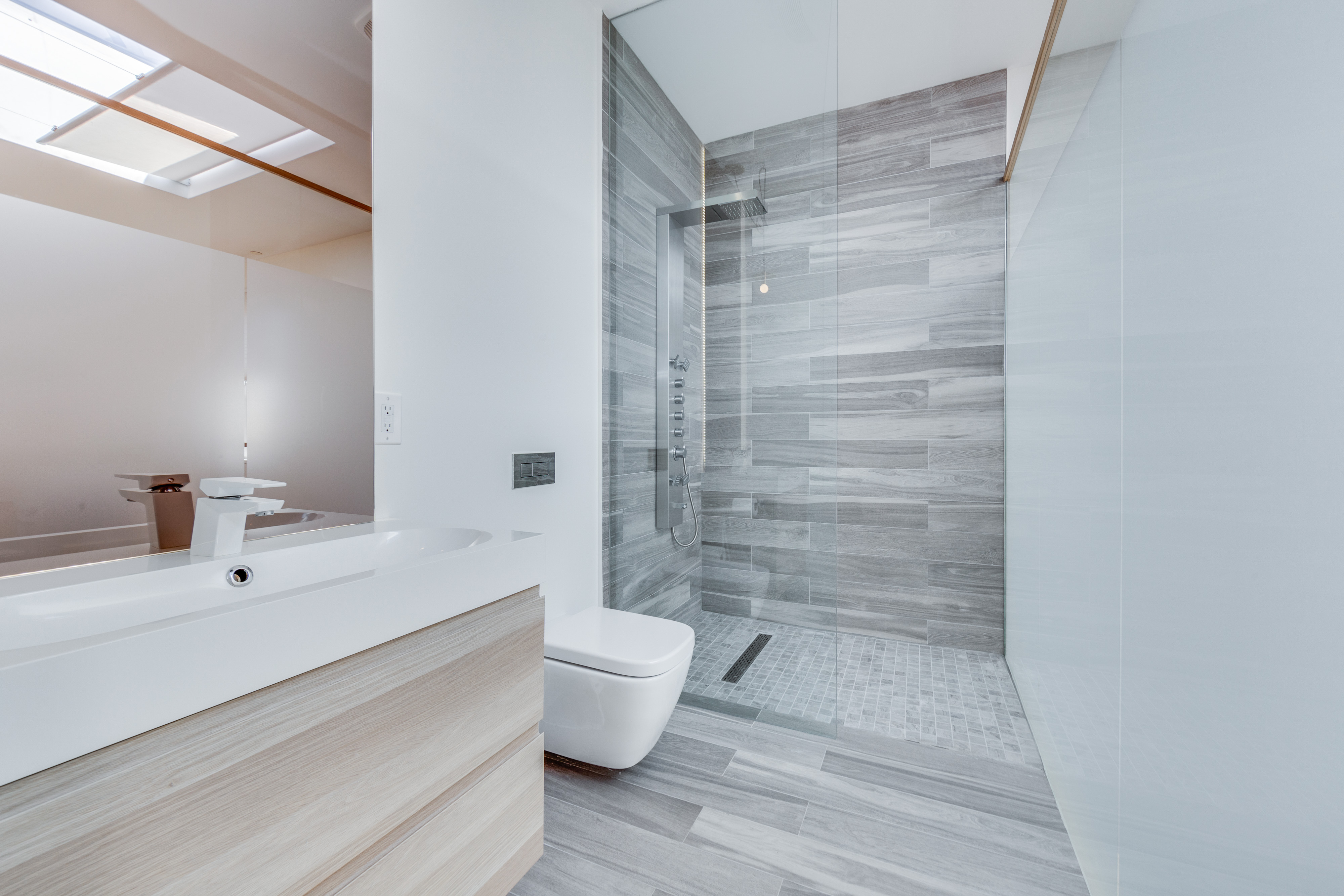 The basement rec room has serious Japanese minimalist energy (and a wine fridge): 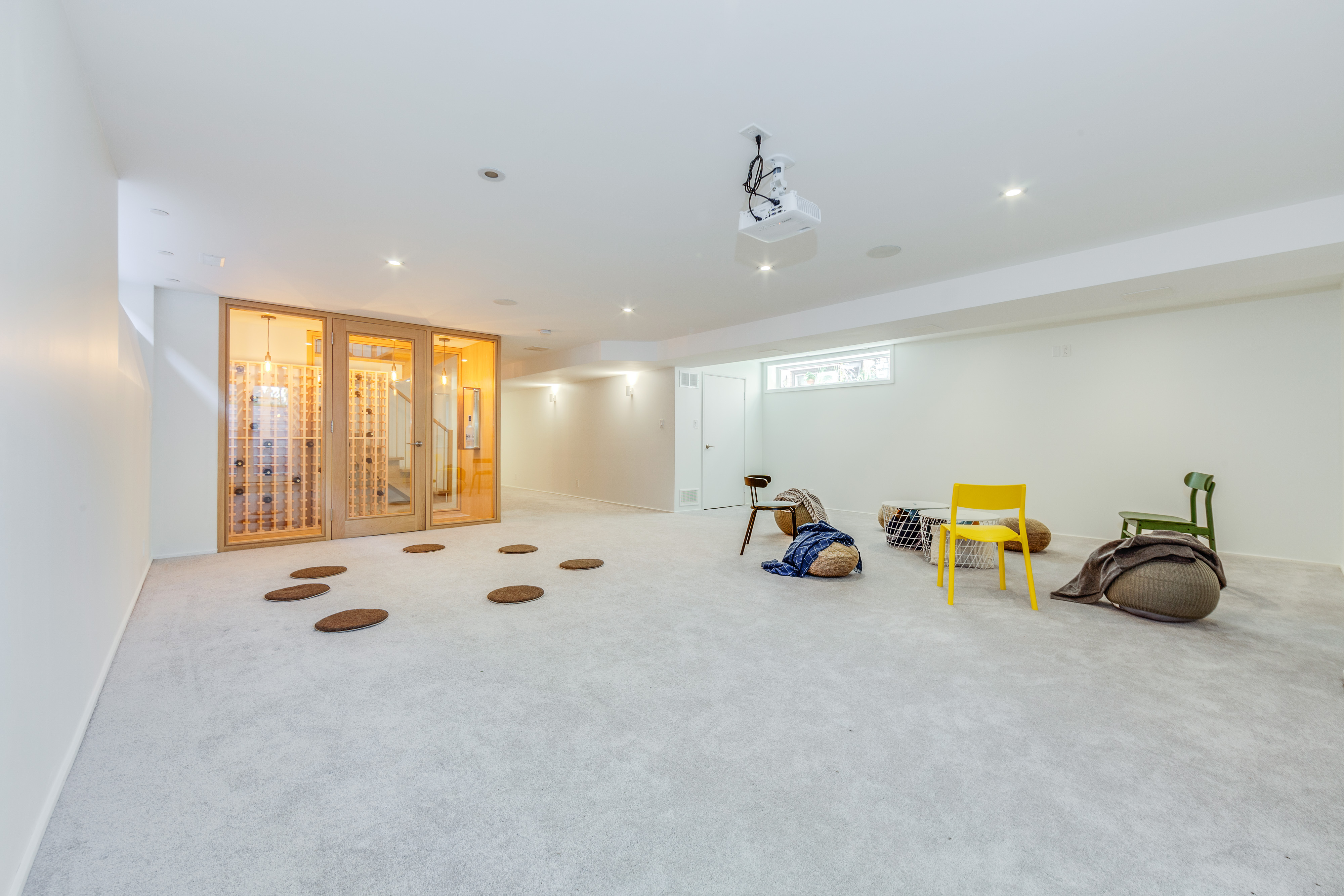 Perhaps unsurprisingly, the wine fridge is made from oak. It can hold more than 250 bottles, too: 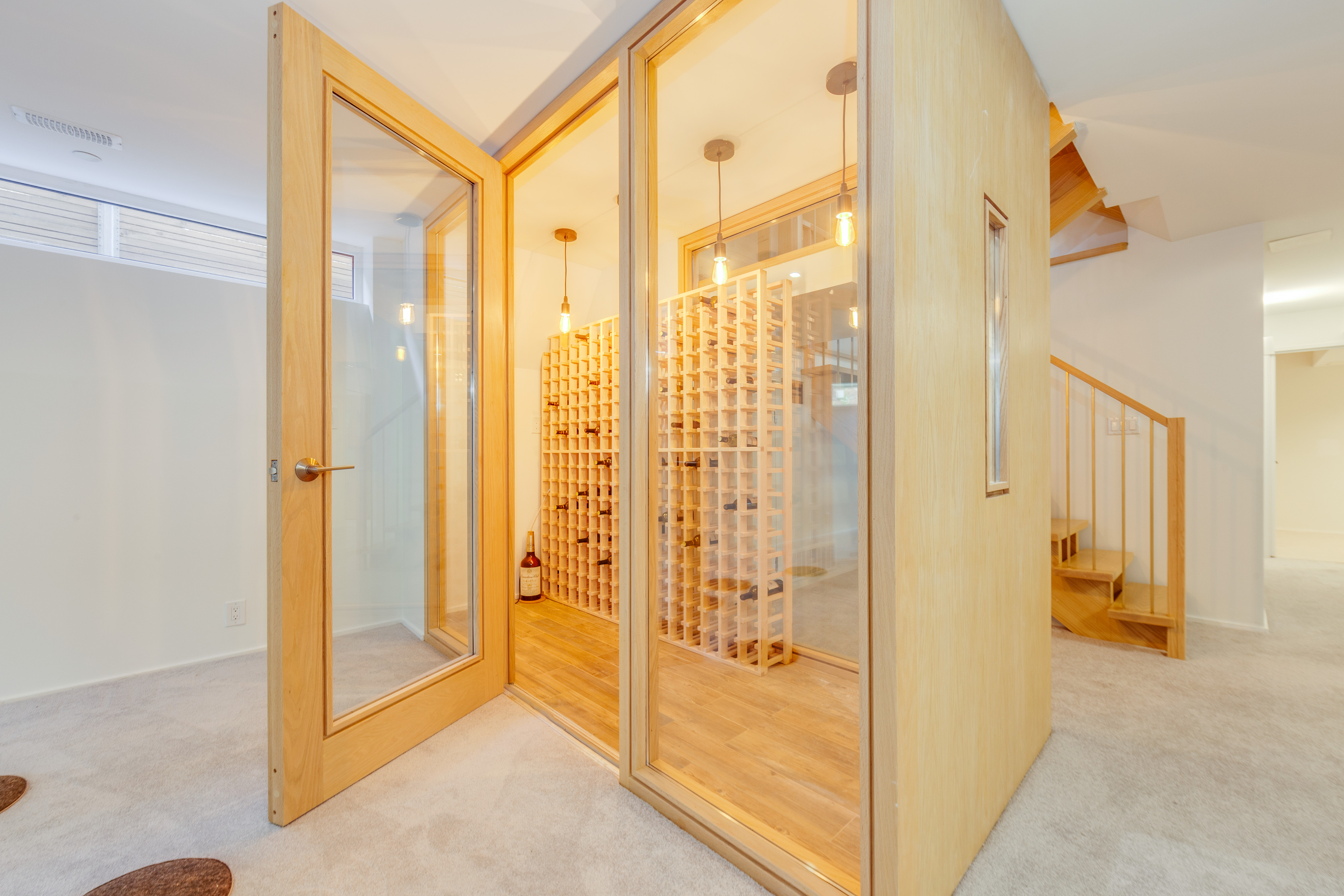 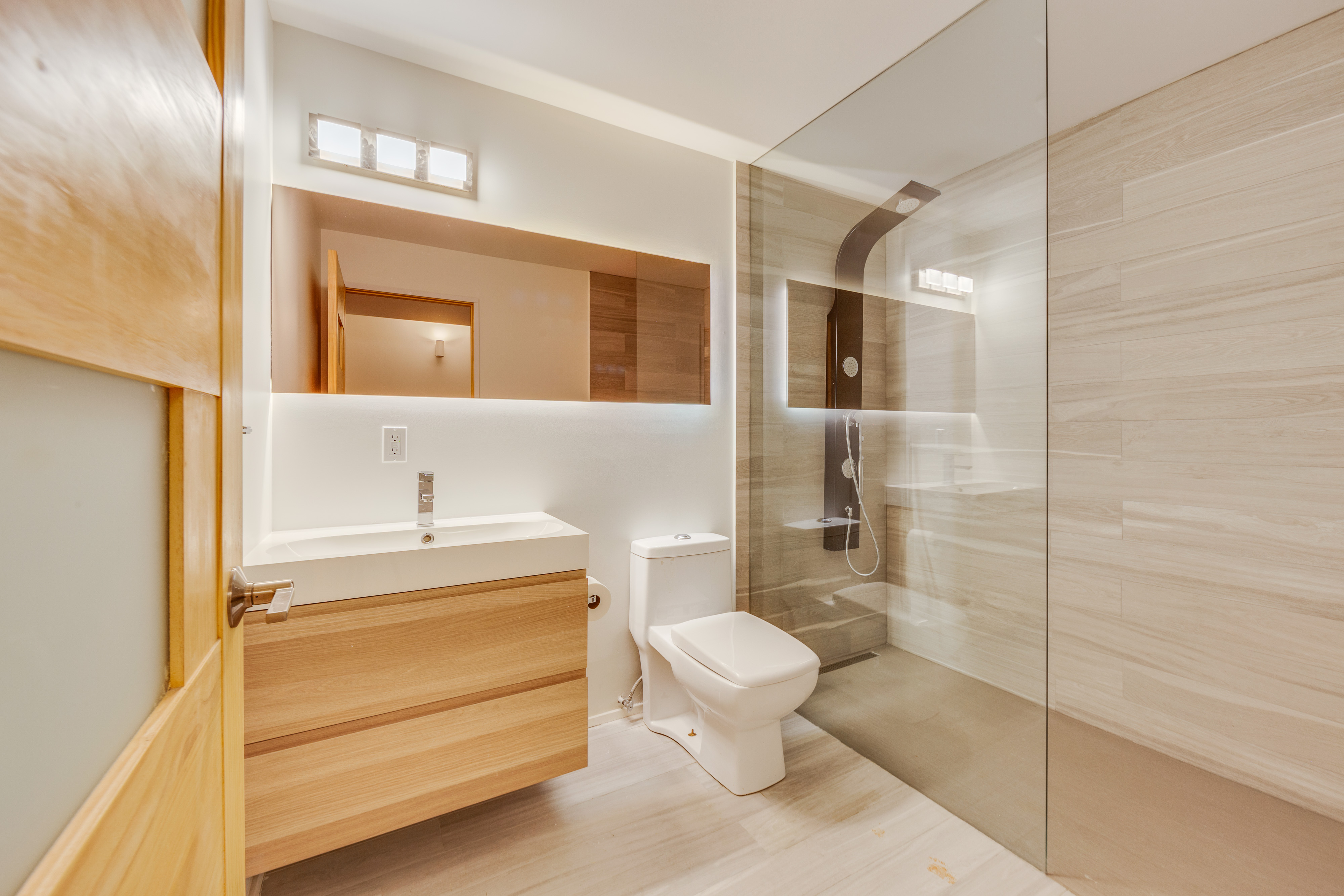 A look at the back of the house: 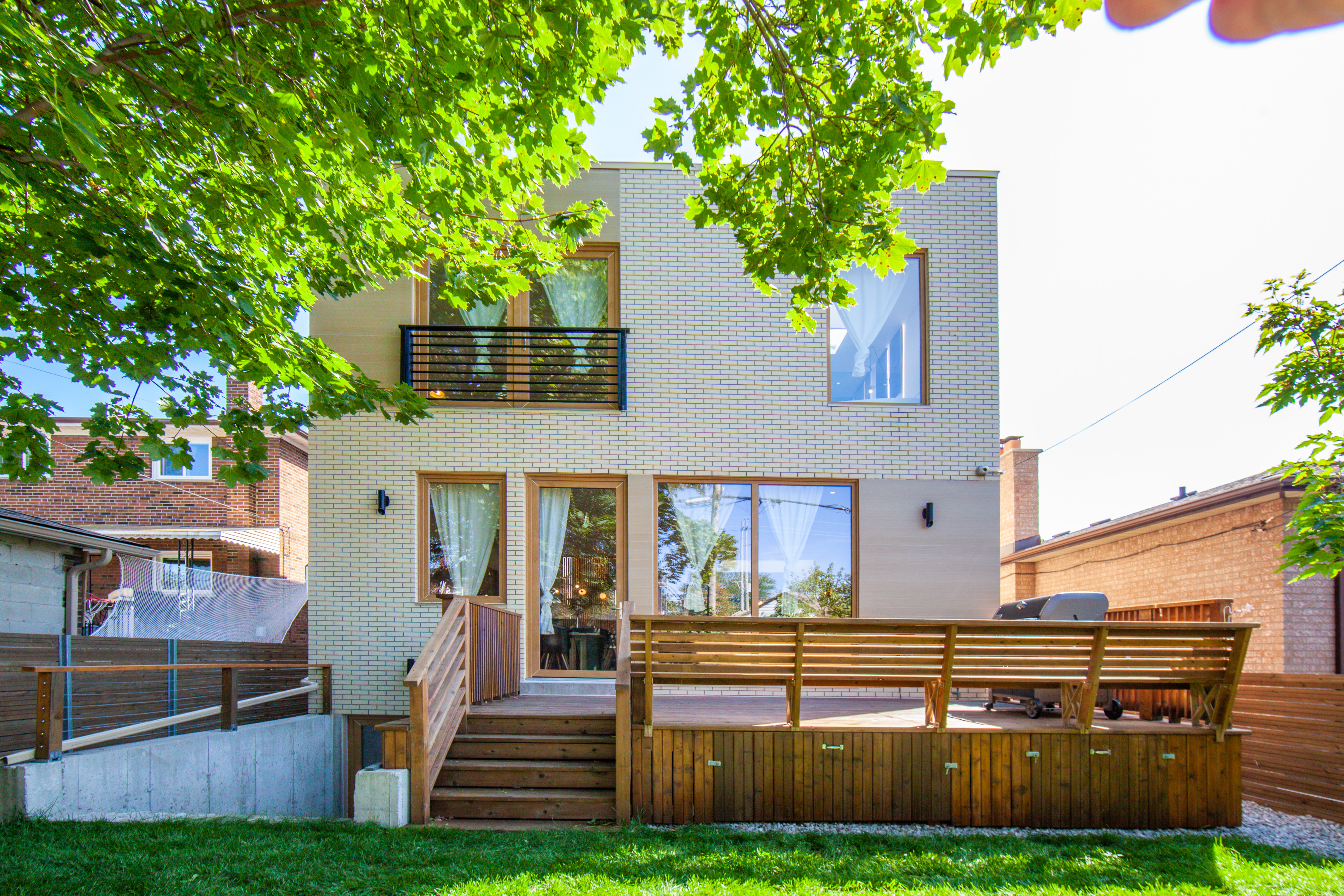 The backyard has a nice thatch of grass: 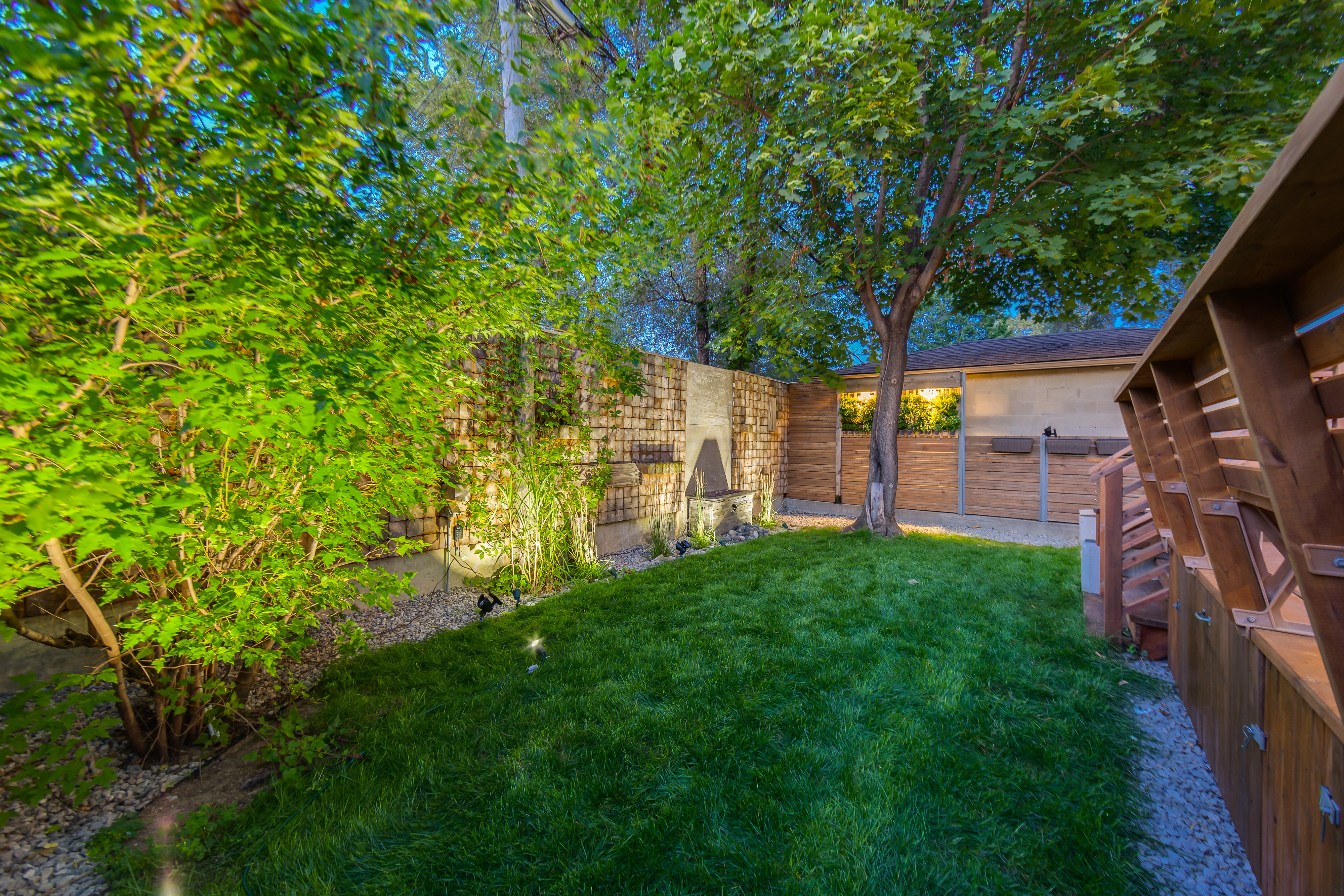 The front foyer is fun, especially with that ficus tree as the visual centrepiece. Then there’s the beautiful woodwork, supersized skylights and 11-foot ceilings, which combine to make the place feel clean and airy.

The property taxes are a bit high.