“We put markers on the grass to make sure we were all six feet apart”: How a last-minute backyard wedding came together

“We put markers on the grass to make sure we were all six feet apart”: How a last-minute backyard wedding came together 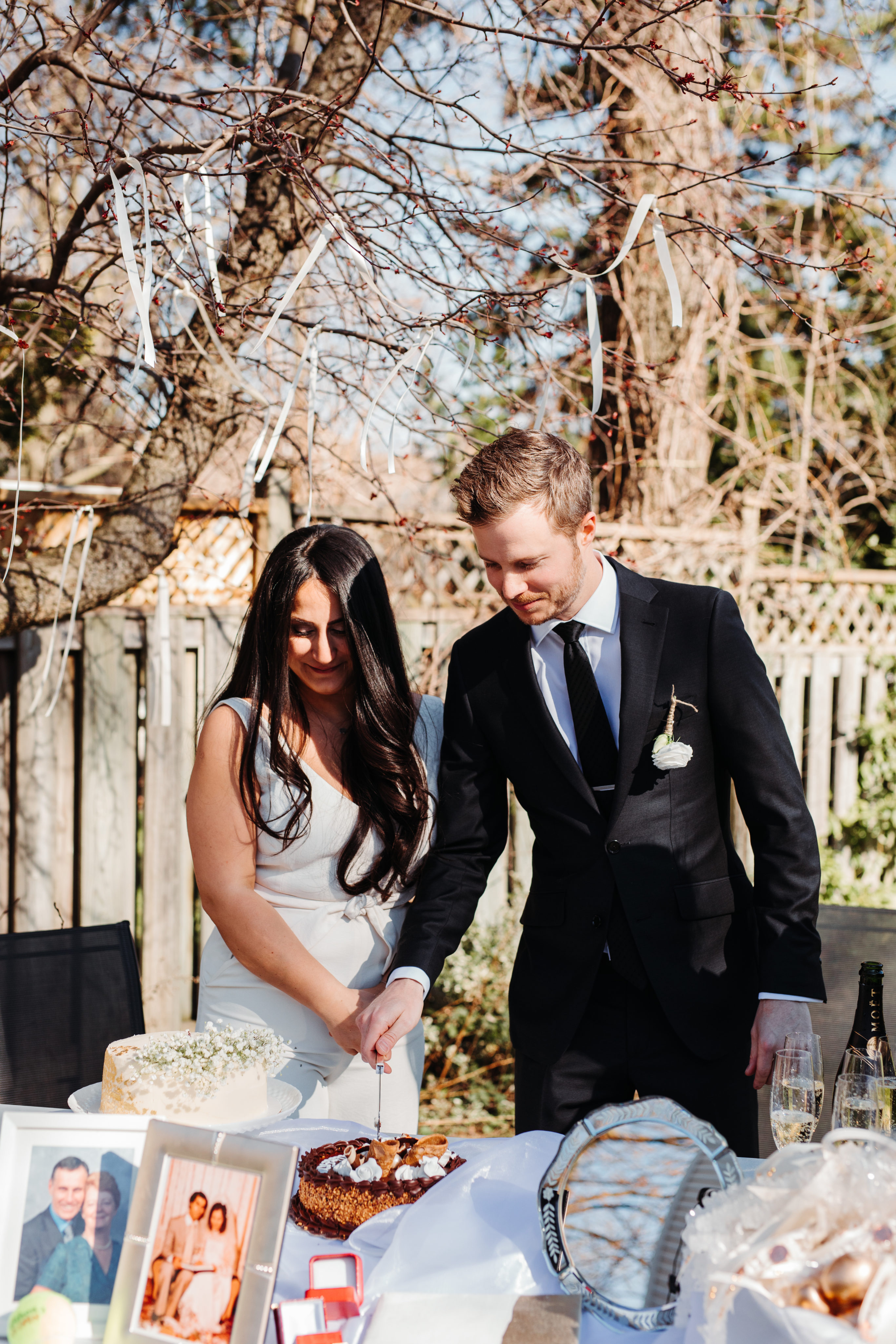 Andrew Boutilier, a commercial realtor, and Naz Araghian, a communications professional, met in 2014, when they were working at the same recruiting firm. Their wedding, a 160-guest affair at a Richmond Hill country club, was scheduled for April 25. When they were forced to cancel, they livestreamed a small ceremony from their backyard.

Andrew: On my first day at the recruiting firm, my boss was showing me around the place, and we stopped by Naz’s office. It was her birthday, so I went in for a hug.

Naz: I don’t like hugs. It was an awkward moment for everyone. One of my colleagues joked to me, “I’m fearing for this guy’s life.” So our relationship started off strangely.

Andrew: I didn’t think it was awkward at the time. I’m the type of person who gives hugs when it’s your birthday. After that, we’d see each other in the office kitchen. She’d be making her cucumber water, and we’d trade dating stories from the weekend.

Naz: I remember there was one time when he chatted me up in a hallway for a while. That night, I had a dream that we were having nachos at my favourite restaurant in San Francisco. The next day, I messaged him through our office chat and told him about the dream. He thought I was hitting on him.

Andrew: I seized the opportunity. I thought we clicked during that hallway conversation, and I said something cheesy like, “We should turn that dream into a reality.” Our first date was at a bar on the Danforth to watch a Jays game. 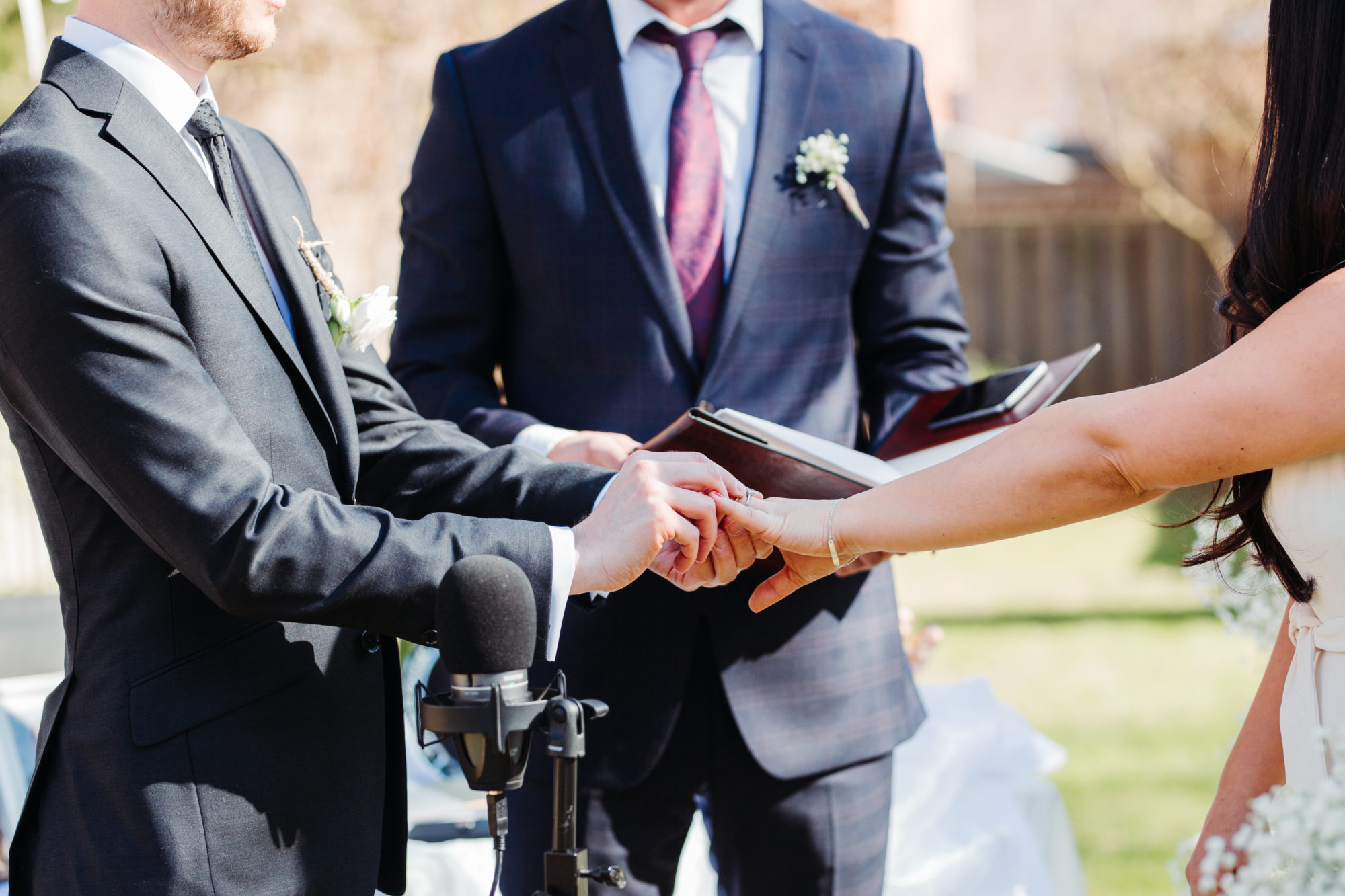 Naz: We met at the bar for 7 p.m. It was like we blinked, and suddenly it was 2 a.m. and they were putting the chairs on the table. We chatted non-stop the entire night. I’m very close with my family, and I could tell from our conversations that Andrew’s friends and family were important to him.

Andrew: We laughed a lot. I knew I wanted a second date. We got engaged three and a half years later.

Naz: I’m Persian, and there’s a ceremony after the Persian New Year where you’re supposed to grow sprouts and return them to nature after 13 days.

Andrew: On the day we were going to replant the sprouts near our home at the Beaches, I had the ring in my pocket, and was going to propose. But it was rainy and I decided to wait. The following weekend, I went to the gym. When I came home I rang the doorbell and was on one knee when she opened the door. Naz had always told me she didn’t want a big, elaborate production for the actual proposal, so I thought ringing the door bell to our own home on a rainy Saturday morning would have the right impact and also provide an element of surprise. 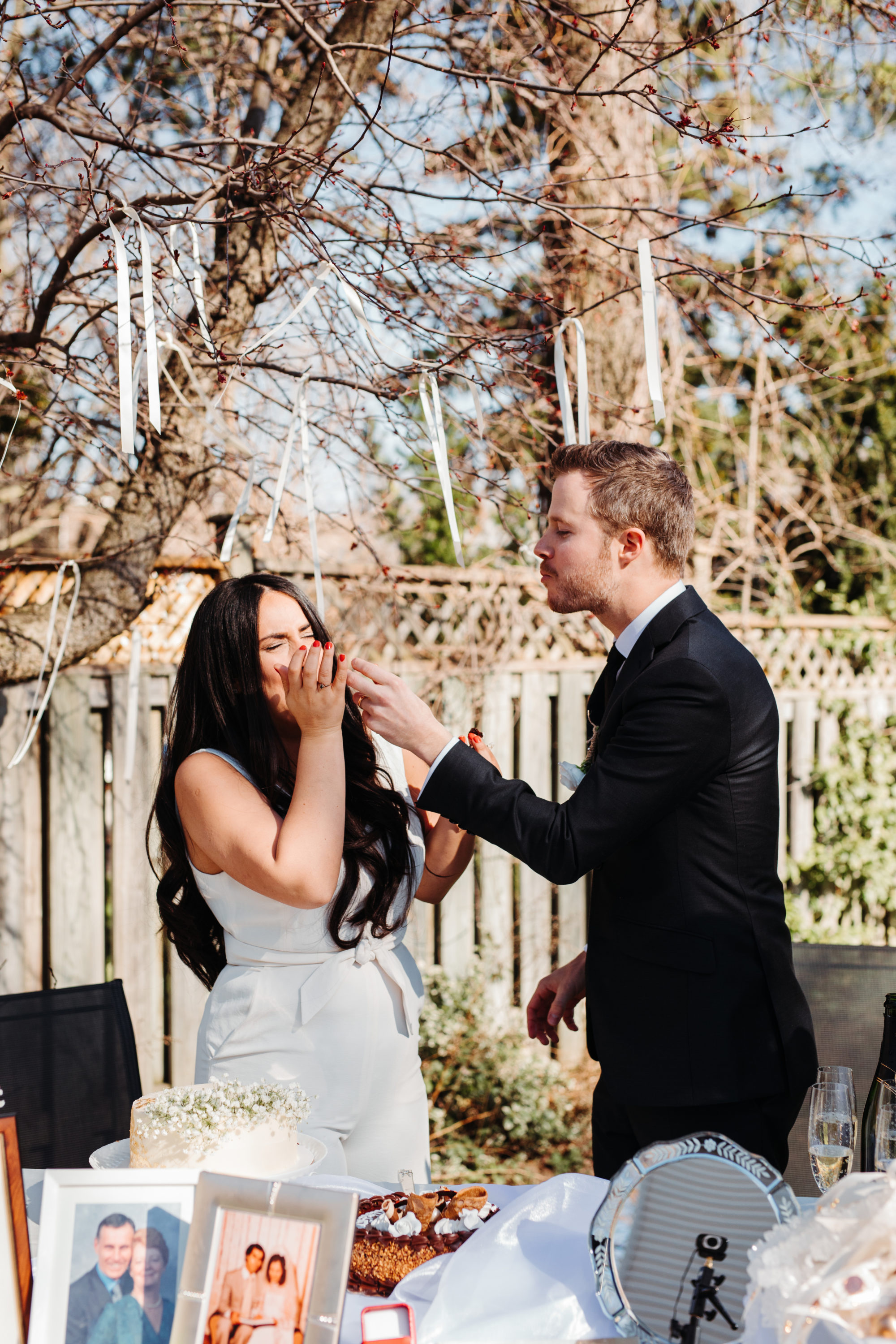 Naz: When I opened the door, he was kneeling in the pouring rain with a ring in his hand. It was the sweetest thing. But I was so shocked that it took about five minutes before I actually said yes.

Andrew: Naz would have been happy to get married at city hall, but I love music and dancing and hosting friends and wanted a big party. Before we knew it, we were at 160 guests.

Naz: We were going to have it on April 25 at the Richmond Hill Country Club, which my family has belonged to for 20 years. We planned every little detail. My mom’s a florist, and was going to do clouds of baby’s breath everywhere. We hired a pianist for the ceremony and cocktail party, and convinced the venue to allow four options for the meal. It was going to be a lovely affair.

Andrew: We started getting concerned in early March when the NBA cancelled their season. Toward the end of the month, with everyone still working from home, we thought, There’s no way this wedding is taking place.

Naz: As the regulations kept changing, we ran through multiple scenarios. When they set a gathering limit of 50 people, we created a list of our closest family and friends. It was only after the club closed that we officially gave up. But we didn’t want to postpone our wedding. We didn’t know how long self-isolation measures would last, and we knew it would be tricky to coordinate all of our vendors to be available on the same day sometime in the future.

Andrew: We knew we wanted to keep the date, and that we could only have five people in attendance, including us. So we settled on hosting it in our backyard, and sharing it with our guests virtually. We wanted our officiant to come and marry us legally, but they closed down the courts and we couldn’t get our licence. So I asked one of my best men, Peter, who is close with both of us, to officiate a faux ceremony. We’ll do an official signing when we can. 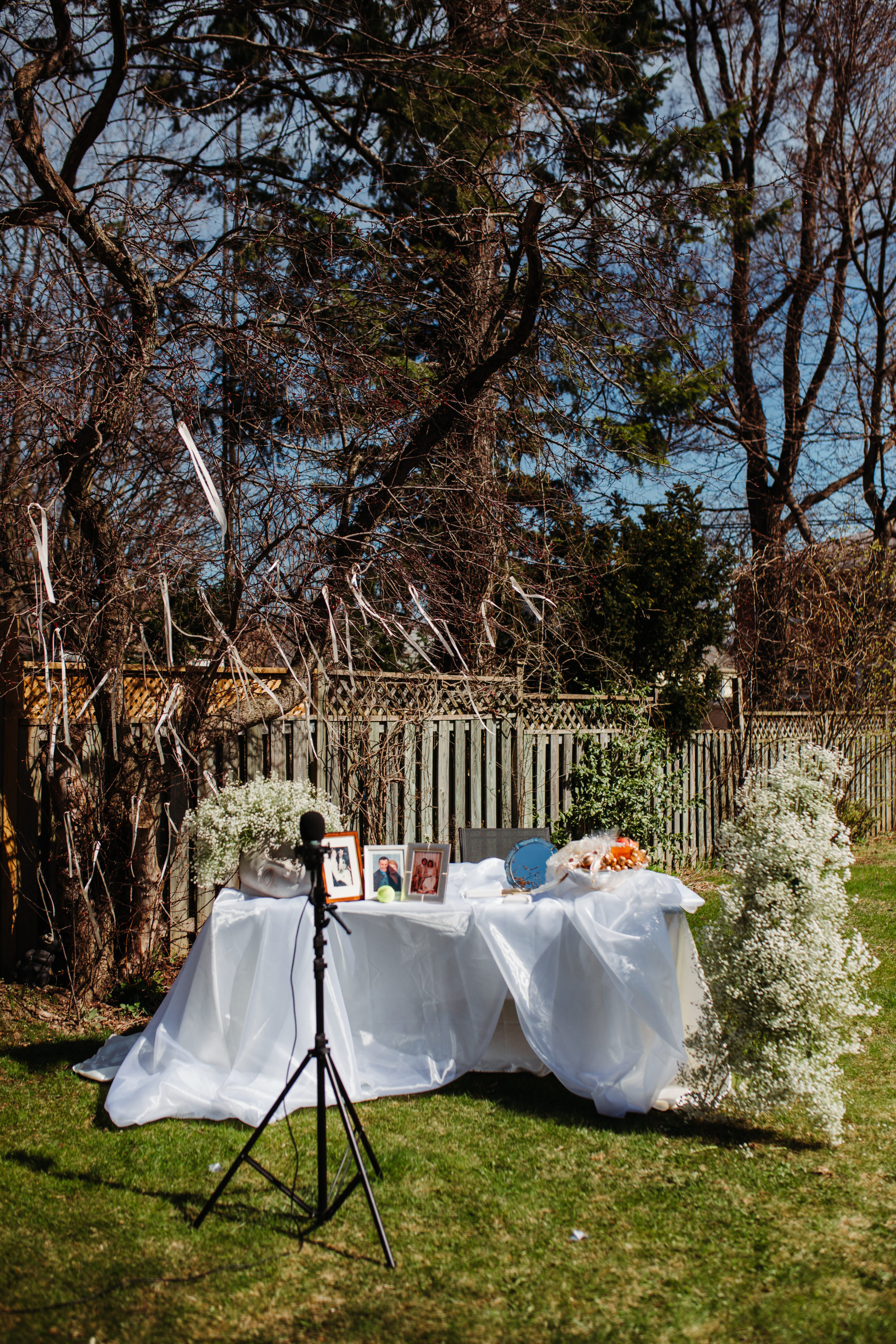 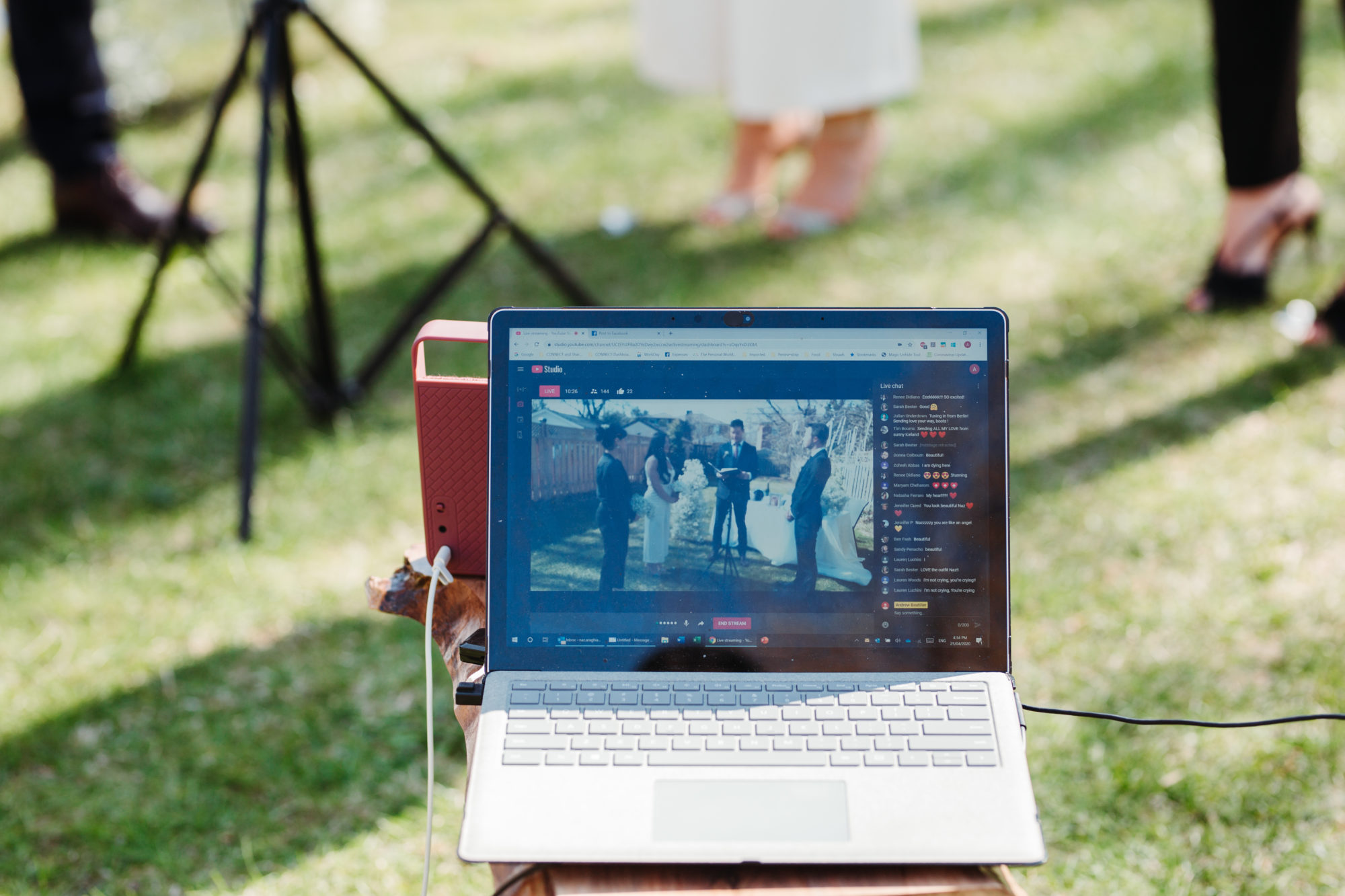 Naz:  The day of the wedding, my mom came over to set up the backyard. She brought in candles, runners and beautiful flower arrangements. We also displayed pictures from our parents’ wedding days. Andrew and I just relaxed that morning. It was very calm, there was no chaos. My sister, who’s my maid of honour, helped set up the camera while we got dressed. We sent out a YouTube link to everyone for a live 4:30 p.m. ceremony. Neither of us could get to our final fittings for our original wedding outfits, so I wore a white jumpsuit I ordered from Aritzia. I don’t know what I’ll do with my beautiful dress, but we’ll figure that out later.

Andrew: I wore a relatively new black suit, but not the one I was originally planning on wearing. Watching Naz walk down our porch “aisle” was really special. 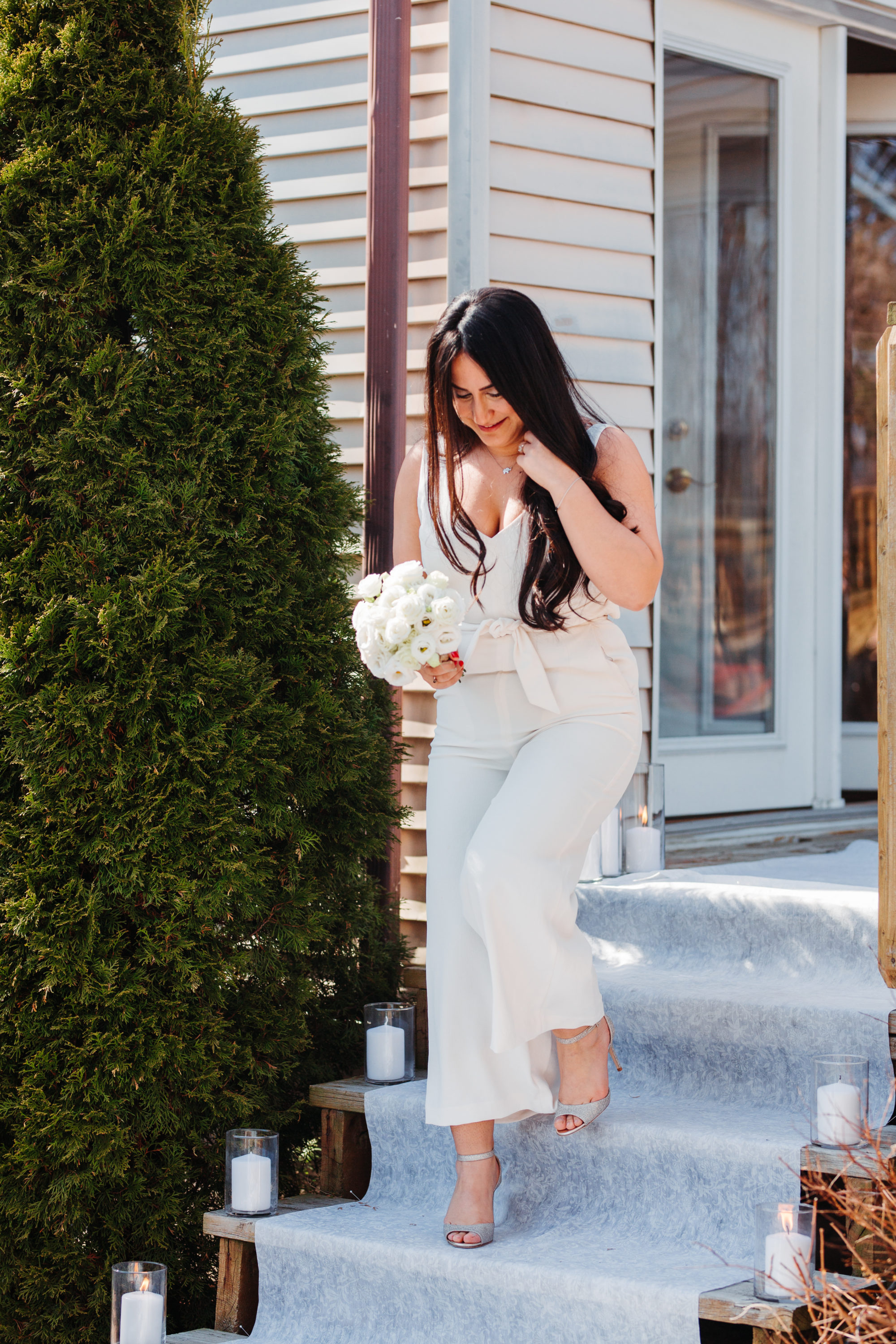 Naz: We put markers on the grass to make sure we were all six feet apart. Our initial officiant sent Peter part of her script, which he modified to make more personal. He started with the speech he was going to give at our reception, and my sister read a beautiful poem. We each read our vows. We both laughed and cried. Making Andrew cry with my vows was my favourite moment.

Andrew: When we looked at the comments on the YouTube video, the response was overwhelmingly about our vows. We tried to make them as meaningful as possible.

Naz: After, my sister showed us a surprise video she had made. In the weeks leading up to the wedding, she got almost all of our guests to get dressed up and record messages for us. She compiled it into a 30-minute video full of clips of everyone passing on their best wishes. We felt like everyone was with us even though they weren’t physically. I was planning on cooking up some of the dishes we were going to serve at our reception, but Andrew said I shouldn’t cook on my wedding day. He ordered a feast from Le Phénix, a French restaurant in the west end, and the owner himself dropped off oysters, along with steak tartare and duck—it was the fanciest takeout I’ve ever had. 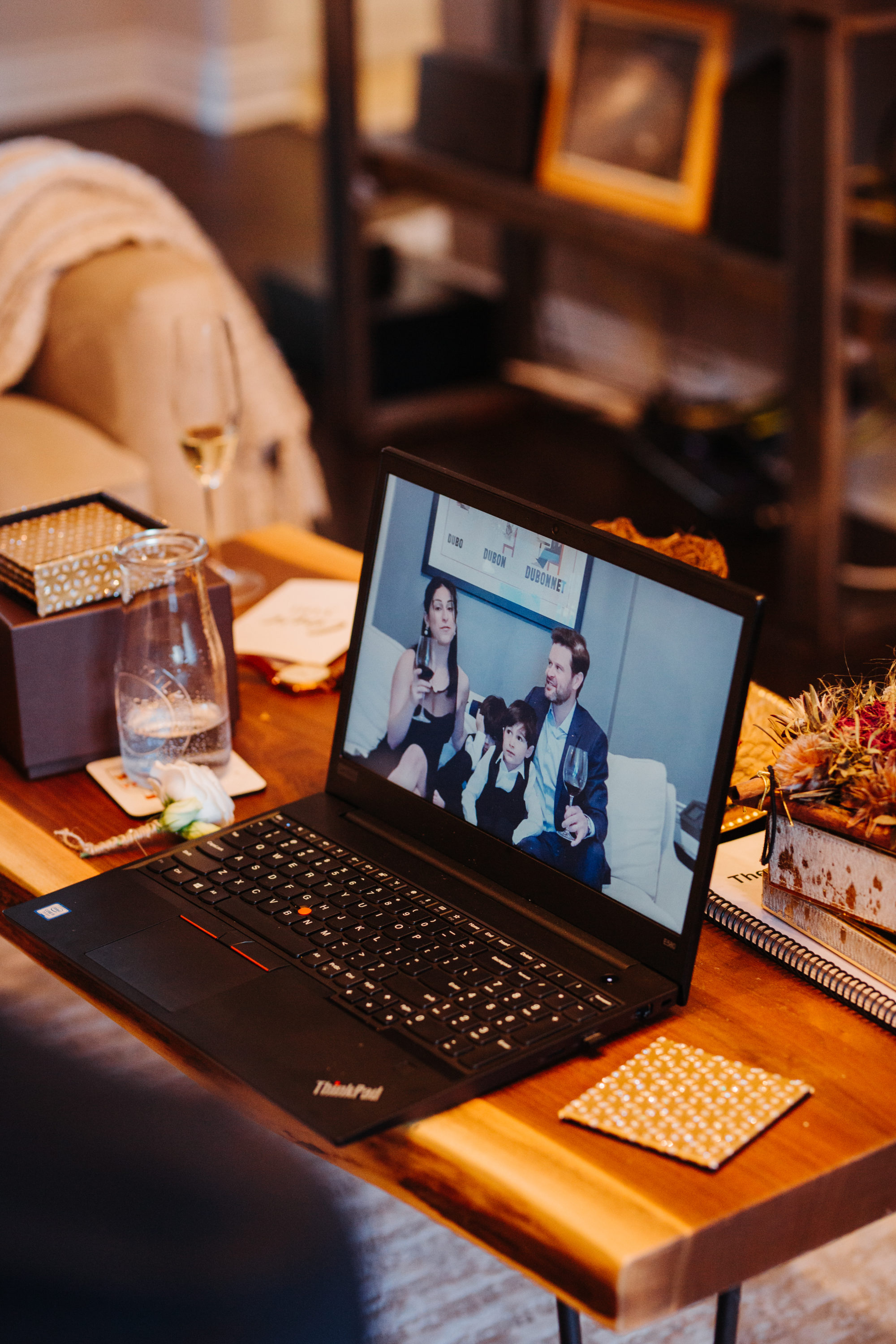 Andrew: I’m just thrilled we were able to keep the date and share it with friends and family. We watched the whole video again that night and got to relive it.

Naz: Even though we weren’t able to see everyone, the love and support we felt was really strong. All day people were dropping off flowers or bottles of champagne at our door. Now that we did it this way I can’t imagine having done the massive big wedding. It feels, oddly, like it was the right wedding for us.

-As told to Jean Grant 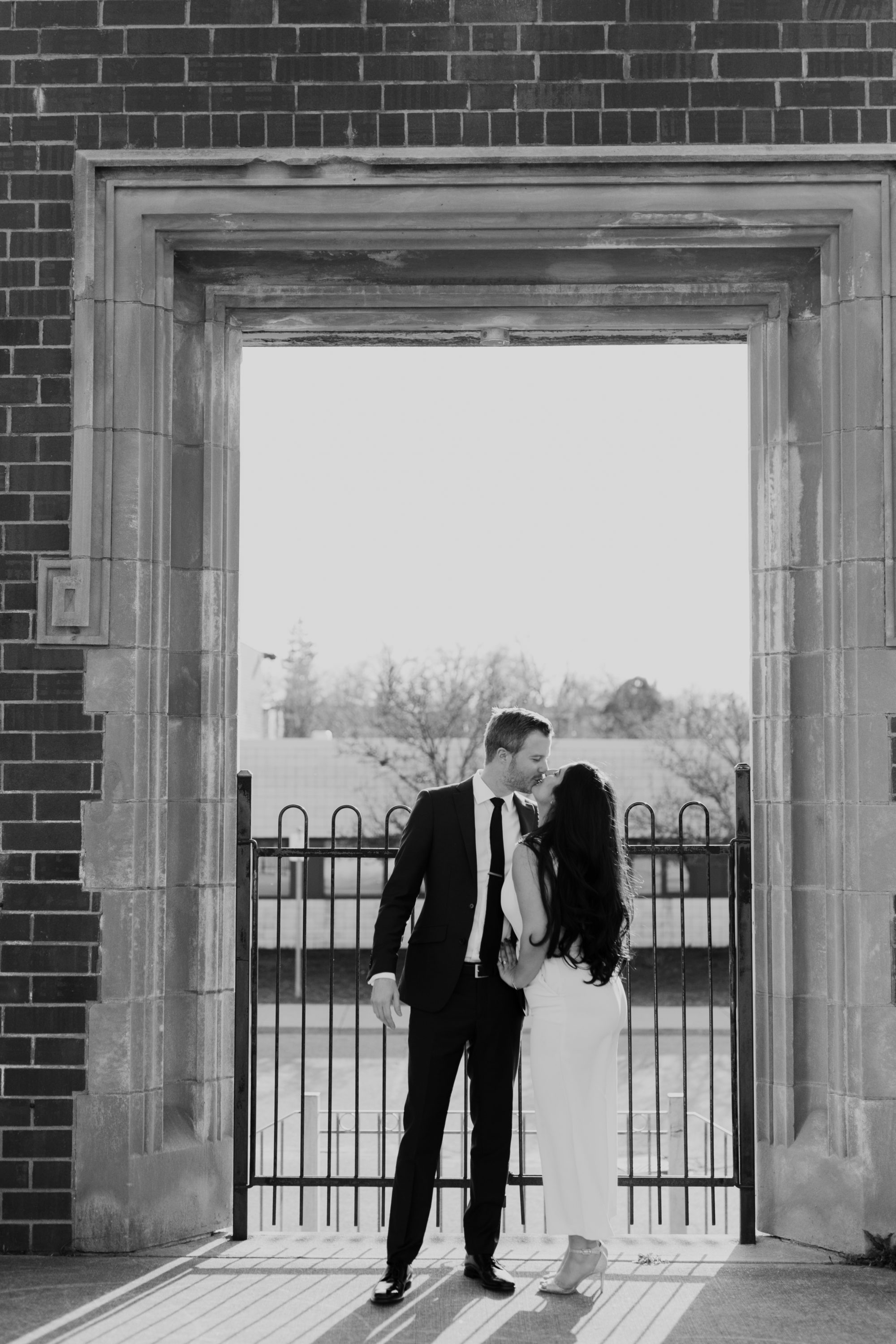 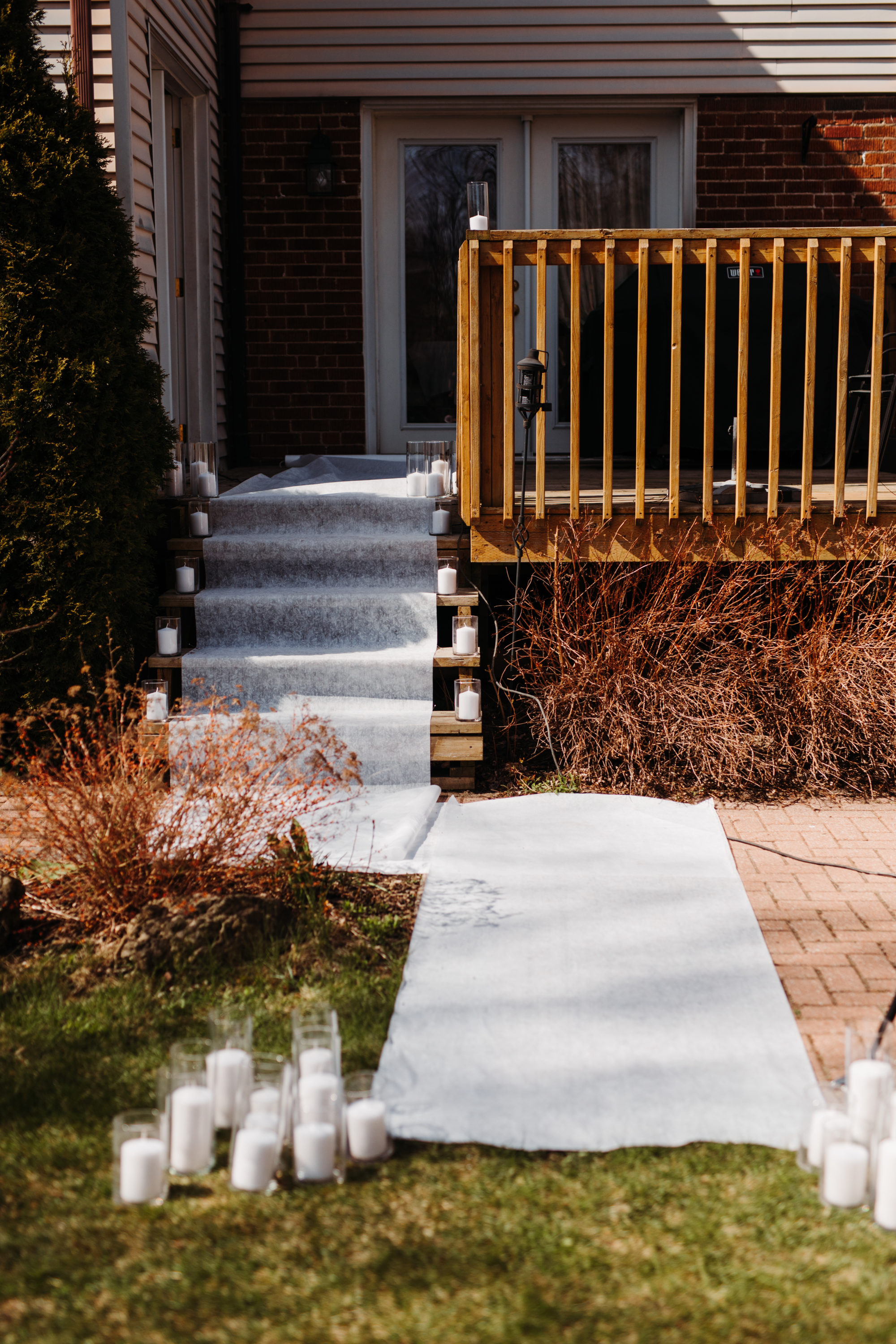 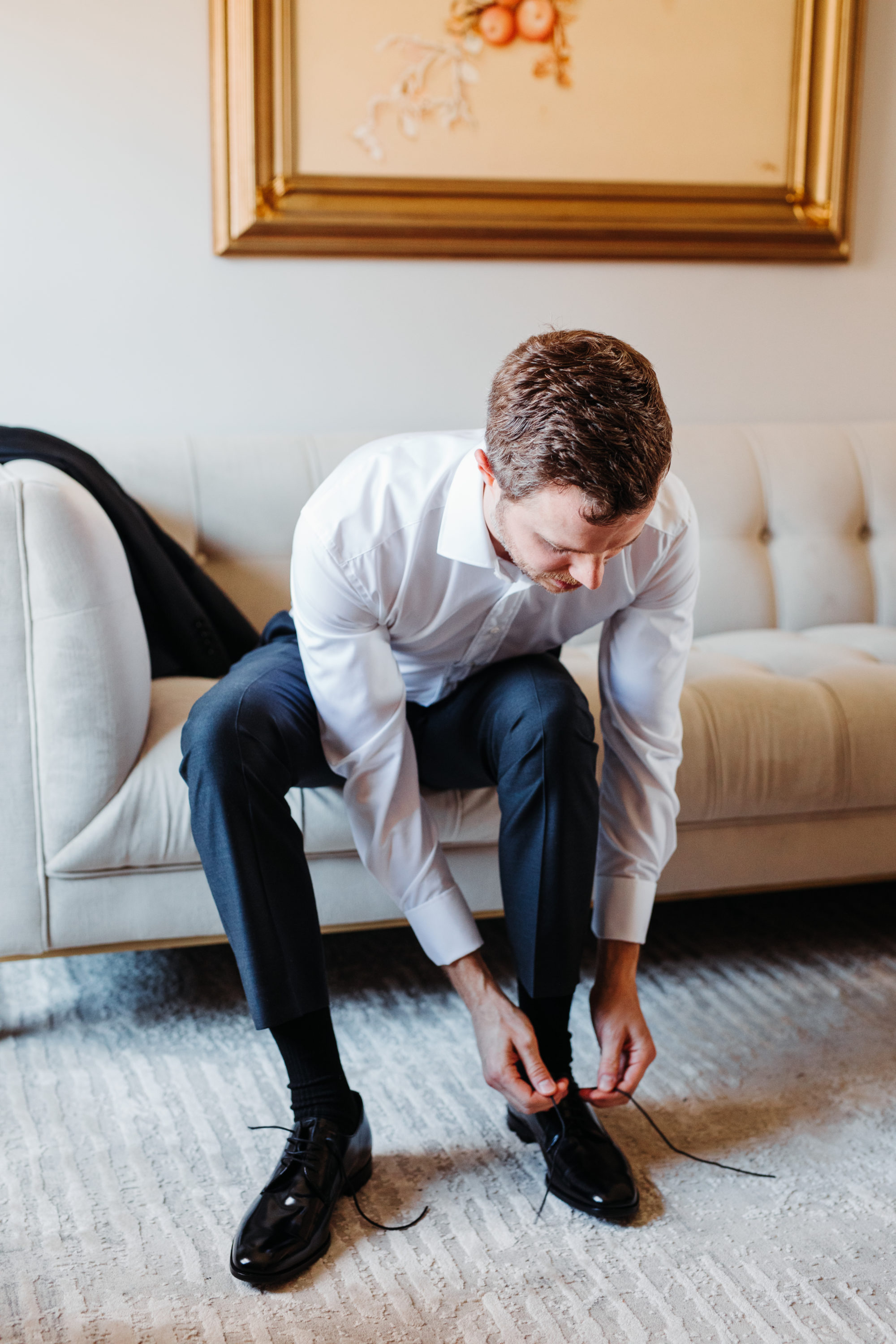 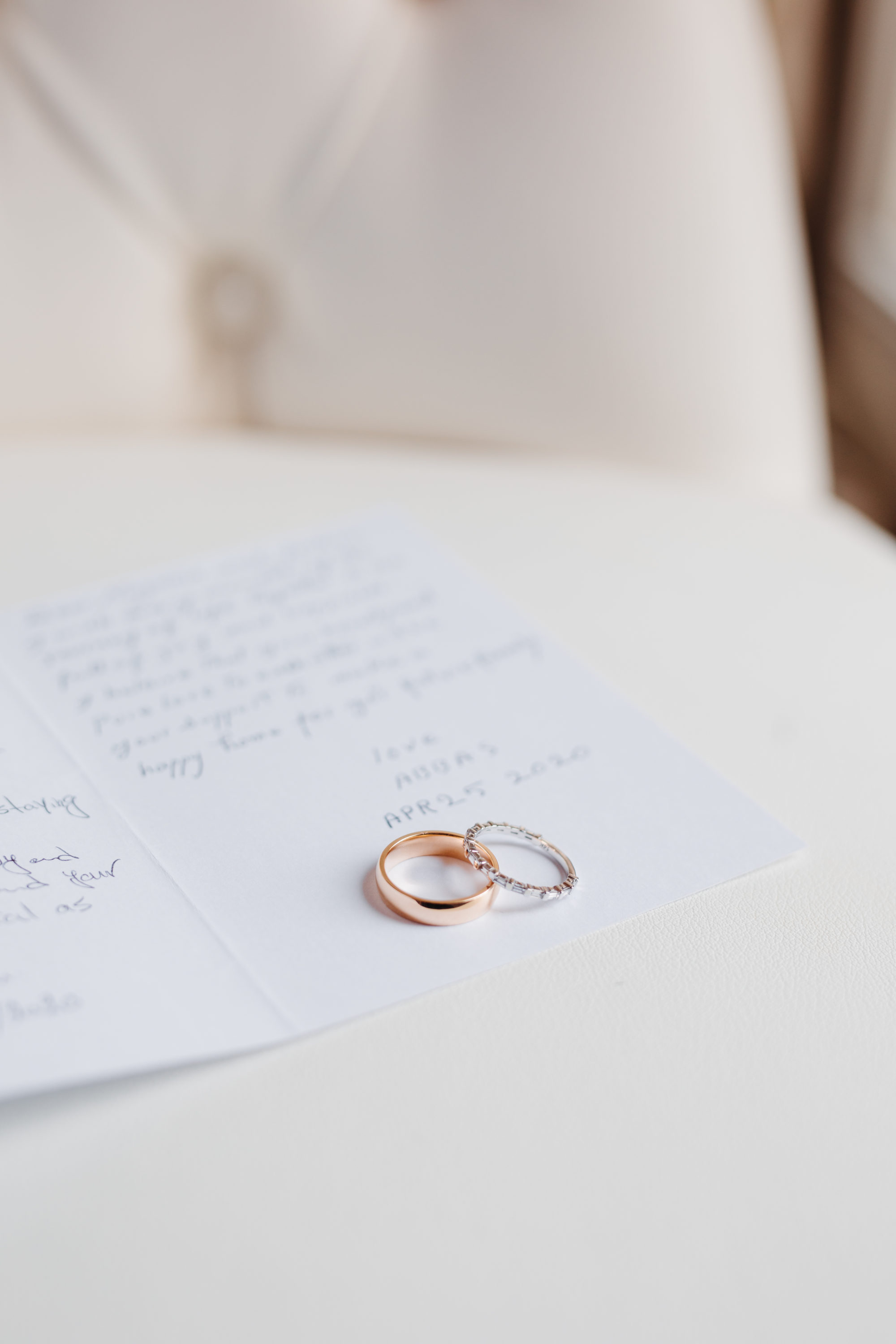 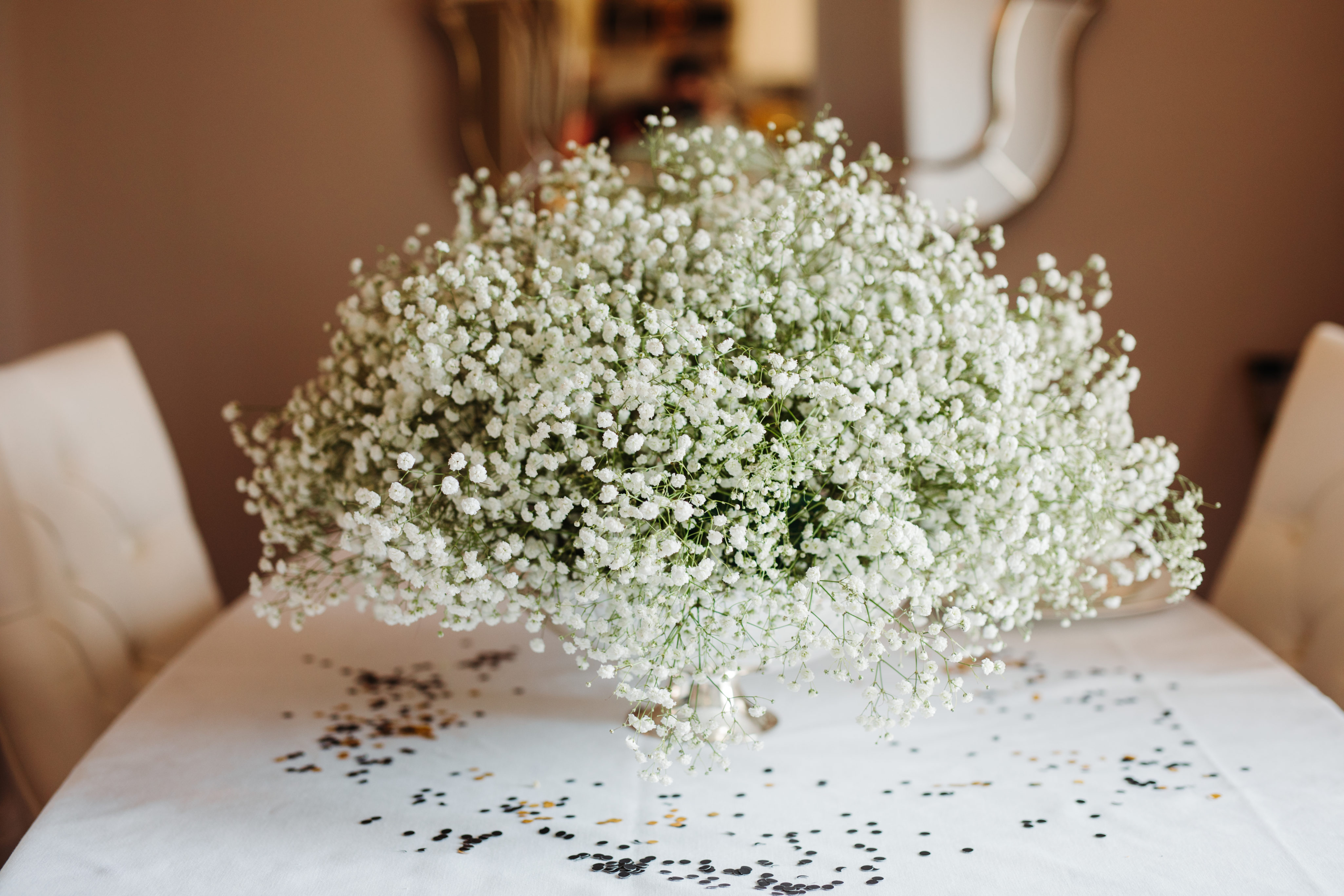 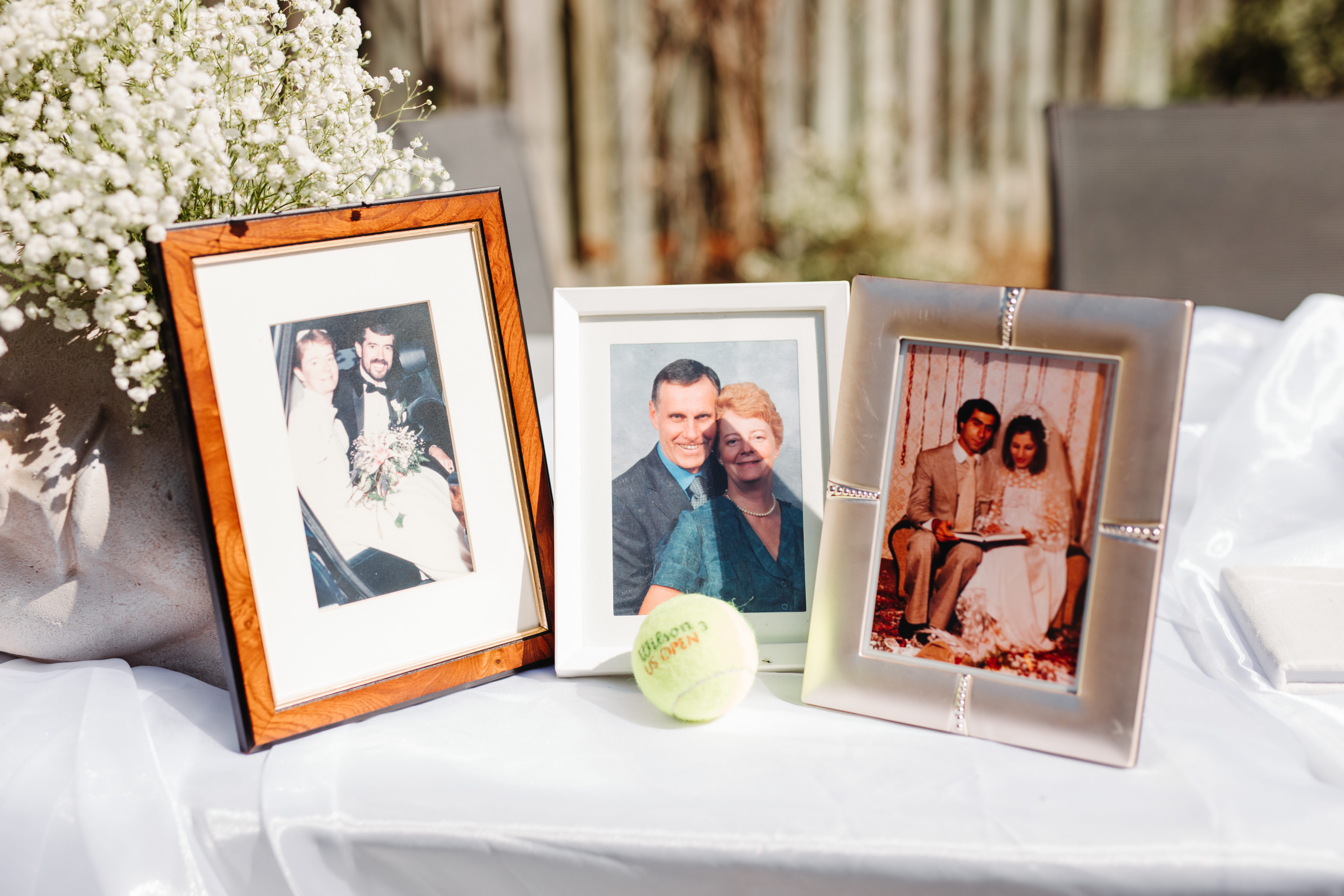 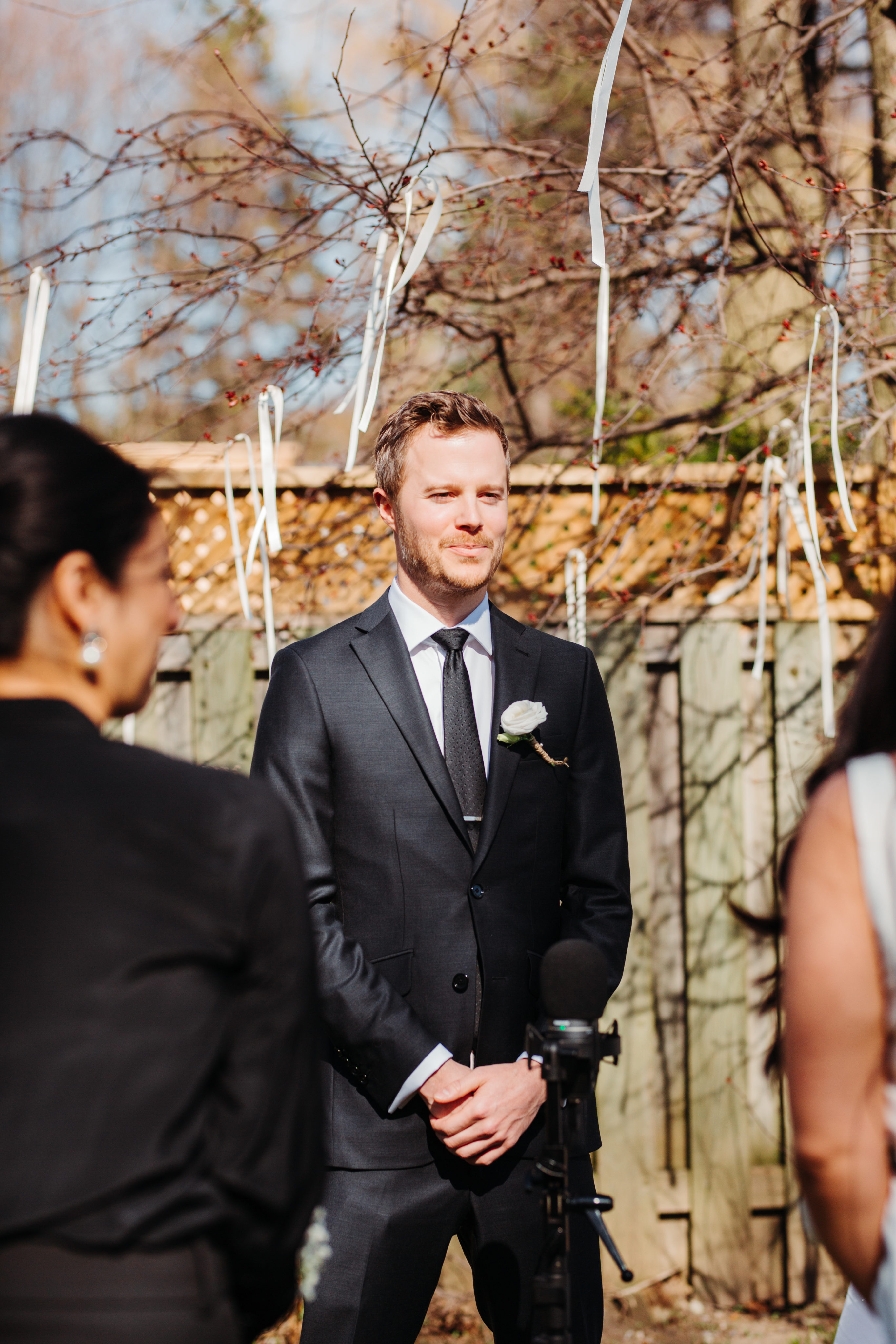 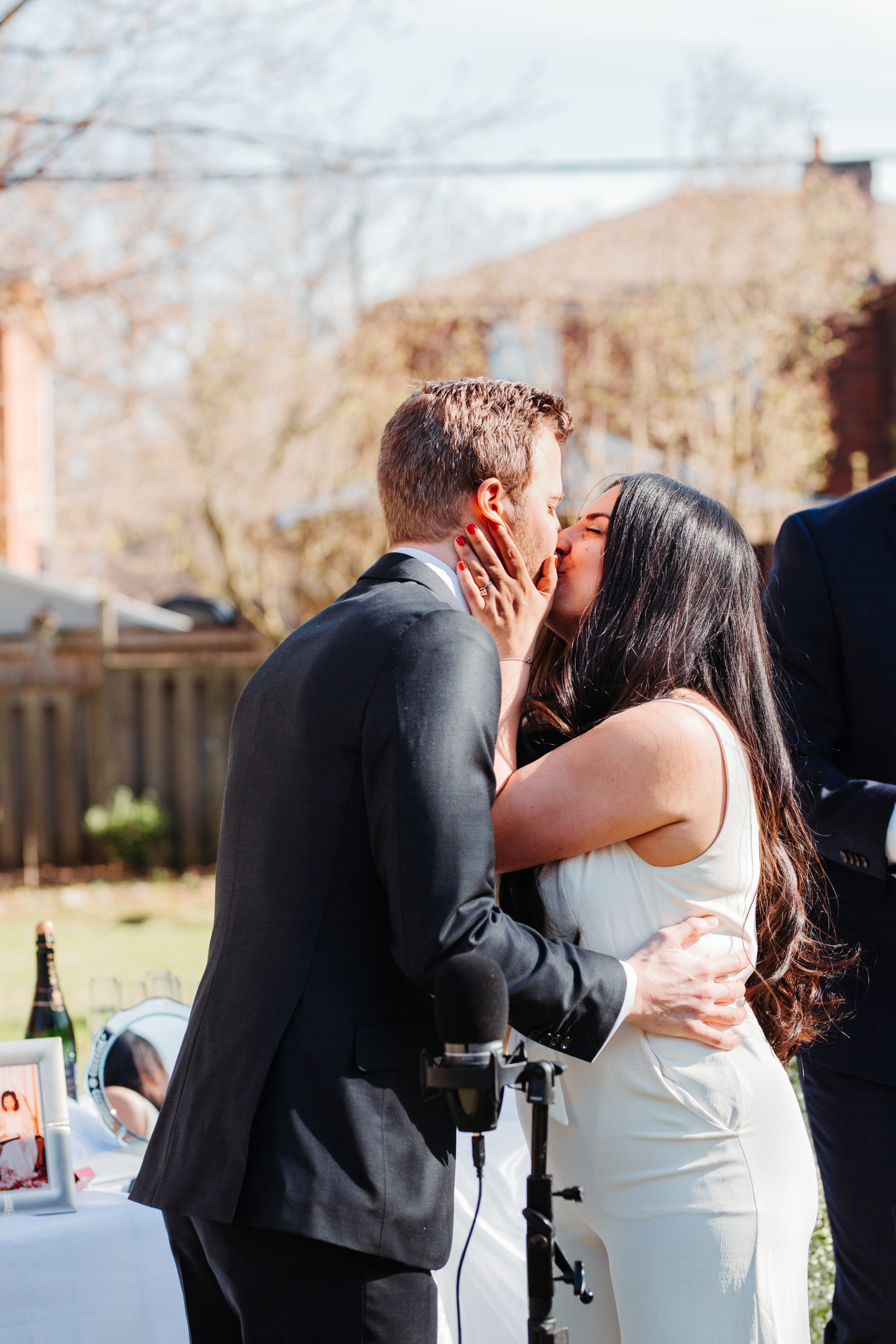 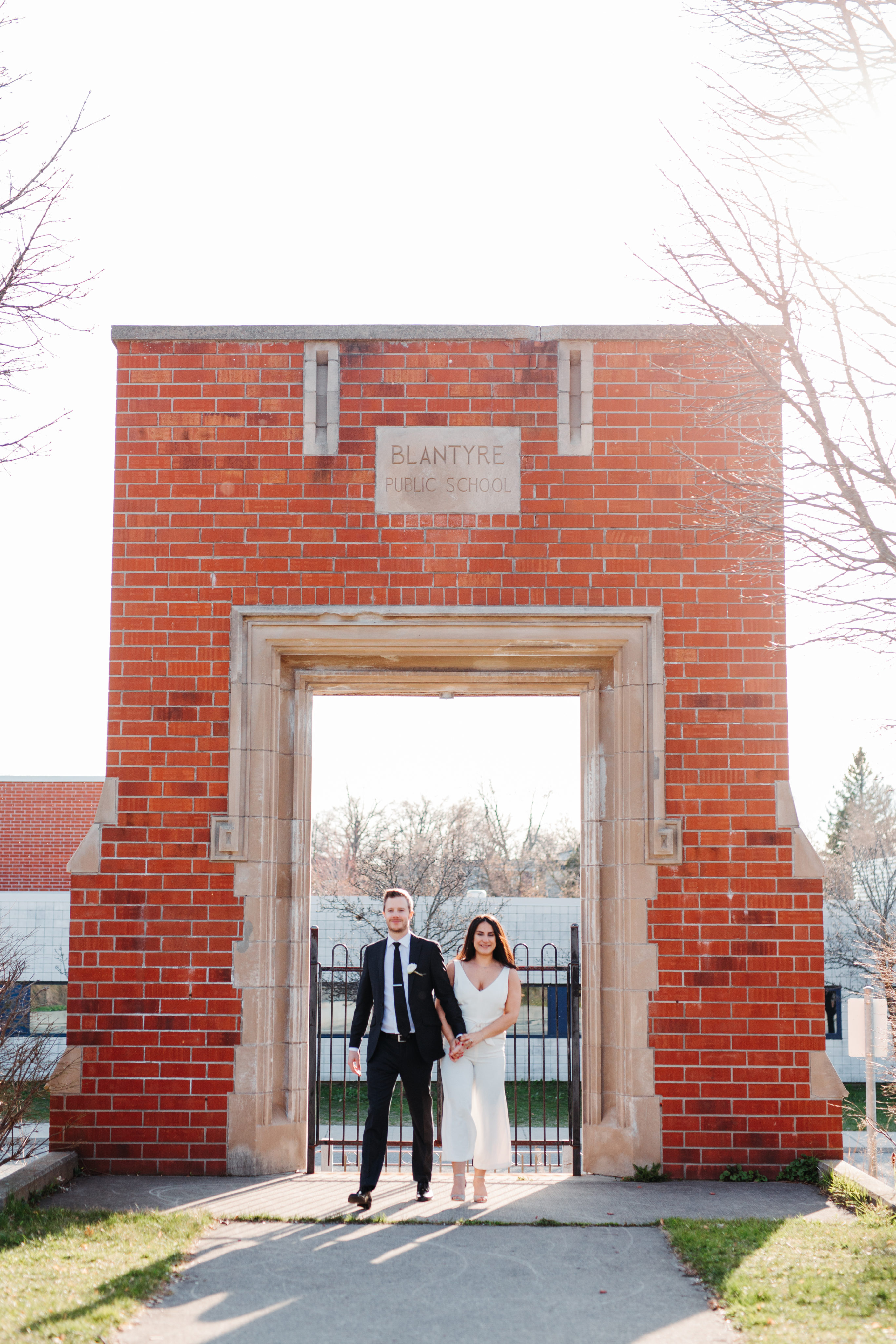 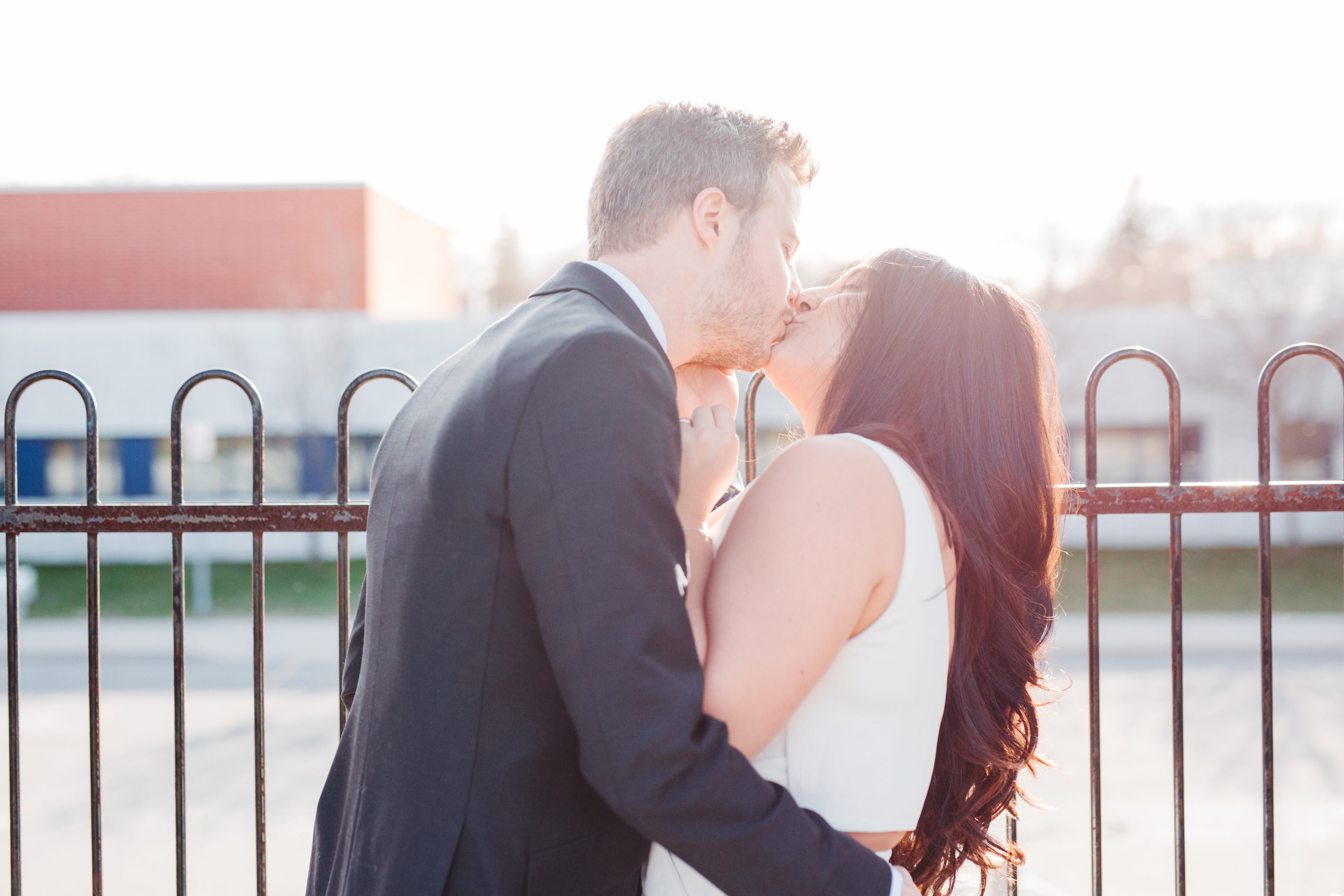 An earlier version of this story misidentified wedding photographer Lizzie O'Donnell as Naz's sister. They are not related.