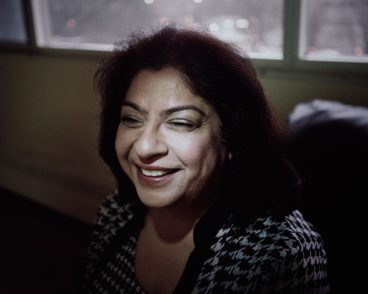 Living in the dark

I was born with retinitis pigmentosa, a degenerative eye disease that caused me to go blind. Then, at age 53, I signed up for a groundbreaking $190,000 retinal implant that promised to give me back my sight

I was born with retinitis pigmentosa, a degenerative eye disease that caused me to go blind. Then, at age 53, I signed up for a groundbreaking $190,000 retinal implant that promised to give me back my sight

When I was eight months old and starting to crawl, I began bumping into furniture and people. I couldn’t find my toys. My parents figured I had poor vision and eventually took me to an optometrist for my first eye exam. It was 1962, and we were living in Karachi, Pakistan; all the doctor had was a flashlight and an eye chart. He said that because my eyes looked normal, the problem was likely caused by optic nerve damage at the time of my birth. He told my parents that my vision would improve over the next few years as the nerves repaired themselves.

Aside from my bad eyesight, I had a happy childhood. My father, Essa, ran a successful tote bag exporting business that employed 150 people. My mother, Fatima, stayed home and took care of the kids. I was the youngest of three, with two brothers: Jalaludin, who is 10 years older than me, and Hussein, who is seven years older. We were comfortable and content, in a three-bedroom apartment in a middle-class neighbourhood. On Sundays, my dad would take us out for a picnic or a day at the beach.

Growing up, I told myself I wasn’t blind—I just had lousy eyesight. I had about 10 per cent vision, which meant everything was blurry, without texture or definition. The world appeared to me the way it looks to a sighted person underwater. I saw shapes and some colour, and could differentiate between light and dark, but I had trouble distinguishing similar shades, like green and blue, or pink and red. And I couldn’t recognize faces: I just saw amorphous blobs of skin, dark patches where the hair and eyes and mouth would be. On a sunny day, the light helped me make out more nuanced details. When it rained, I was in the dark.

My only visual aid was a pair of Coke-bottle glasses with a -7 prescription. In 1960s Pakistan, my options were limited. We didn’t have many specialized schools for people with disabilities. My doctors had never heard of Braille. No one carried white canes or owned service dogs. Most of the time, I took my mom’s arm to guide me when I walked. We had nannies who took care of me, cooked for me and helped me cross the street. And when I was alone, I used my other senses. I could memorize the layout of a room after feeling my way around it once or twice, and I was able to detect where something was by assessing the volume and direction of the sound that bounced off of it. It was my own version of echolocation.

My dad was overprotective of all his children, but especially me. I was the youngest. I was a girl. And I couldn’t see. When it came time for me to enrol in kindergarten, he was reluctant to send me to the Montessori school that my brothers had attended. He was afraid that other kids would bully me, that I’d hurt myself on the playground and that I’d fall behind. I was home-schooled long before it was trendy. An instructor would come by for two hours in the morning and run through my lessons. Slowly, painstakingly, I learned to read and write. I always did my homework between 2 and 4 in the afternoon, when the light was brightest and my sight was at its strongest.

This article originally said that Foundation Fighting Blindness is a part of UHN. In fact, there's no relationship between the two organizations. Also, the article has been altered to clarify the fact that Sally Horsfall Eaton made her $150,000 donation to UHN—not directly to Issani, as the author's wording here originally suggested.

One thought on “My life in the dark”