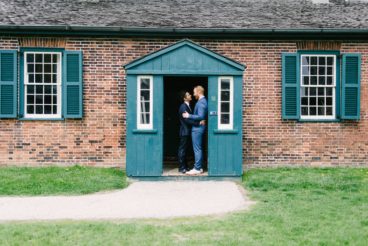 Inside a Newfie-themed affair at Fort York

Richard Fabregui and Marc Piercey met nearly a decade ago while they were both working at Forever 21 in Yonge-Dundas Square. Their first date almost didn’t happen: Marc asked Richard to see a movie, but Richard interpreted it as a friendly open invite and asked some friends to come along. A mindful co-worker stepped in to clear things up and, after a fun night out—just the two of them—they started dating.

Seven years later, Richard was diagnosed with Multiple Sclerosis. They’d already talked about getting married and even started looking at rings together, but months of doctors appointments and treatments put their plans on hold.

Marc eventually proposed in the fall of 2016, at Trinity Square Labyrinth near the Eaton Centre, where they used to go on walks together during the early days of their relationship. He got one of his photographer friends to set up a camera and told Richard that he was doing some test shots for his portfolio. “I was nervous as hell, but he fell for it,” he says.

They spent two years planning their wedding. Richard’s health was the priority, and they wanted to make sure the celebration was as affordable as possible. Their mutual love for history made the decision to host the day at Fort York an easy one.  They brought everything themselves, including a commercial kitchen for dinner preparations, and used Marc’s aunt’s rental company to score some deals.

The pair spent the night before the wedding apart. The day of the ceremony, they met up at an Airbnb to get ready with the wedding parties: 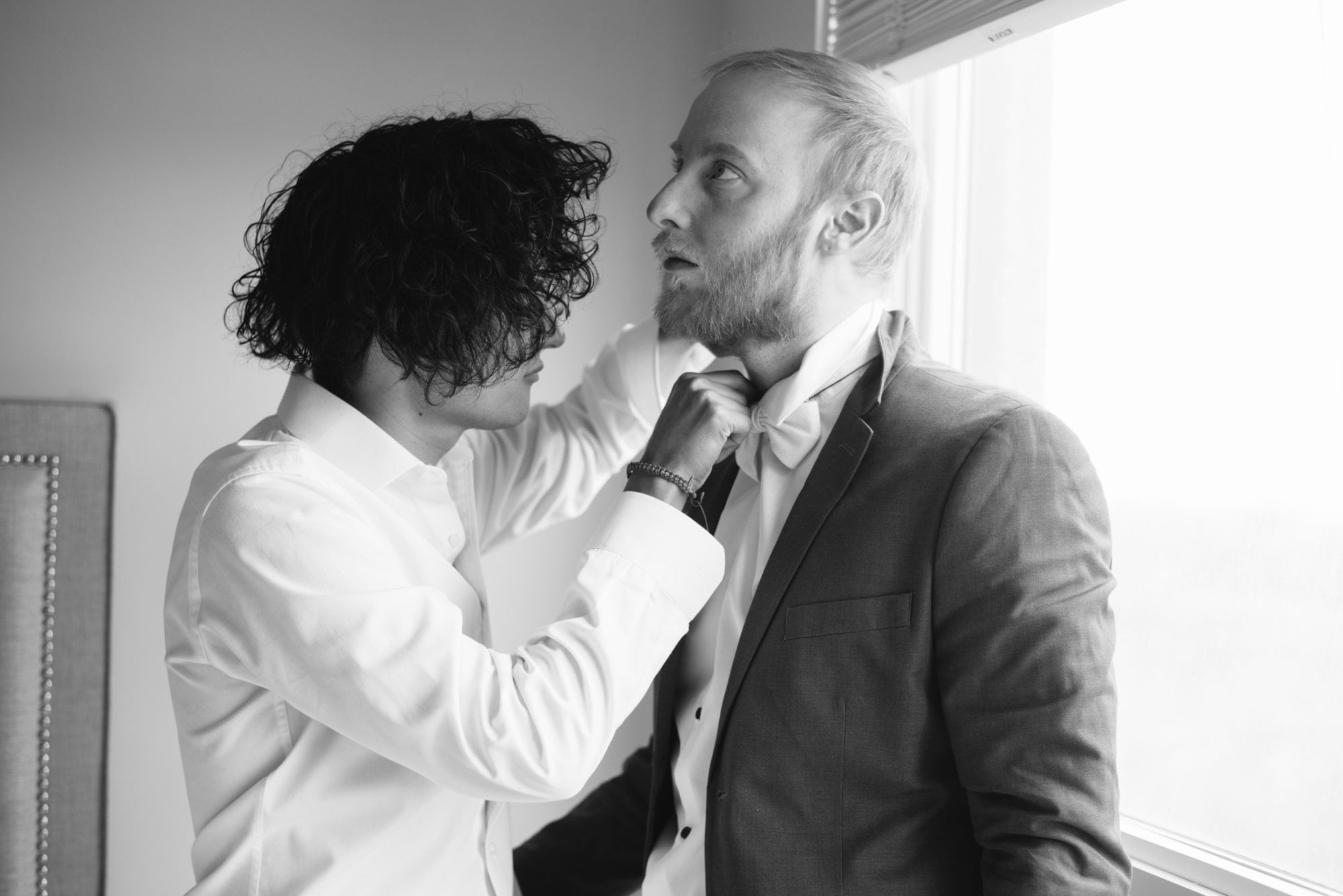 The photographer snapped this shot of some of their essential accessories: 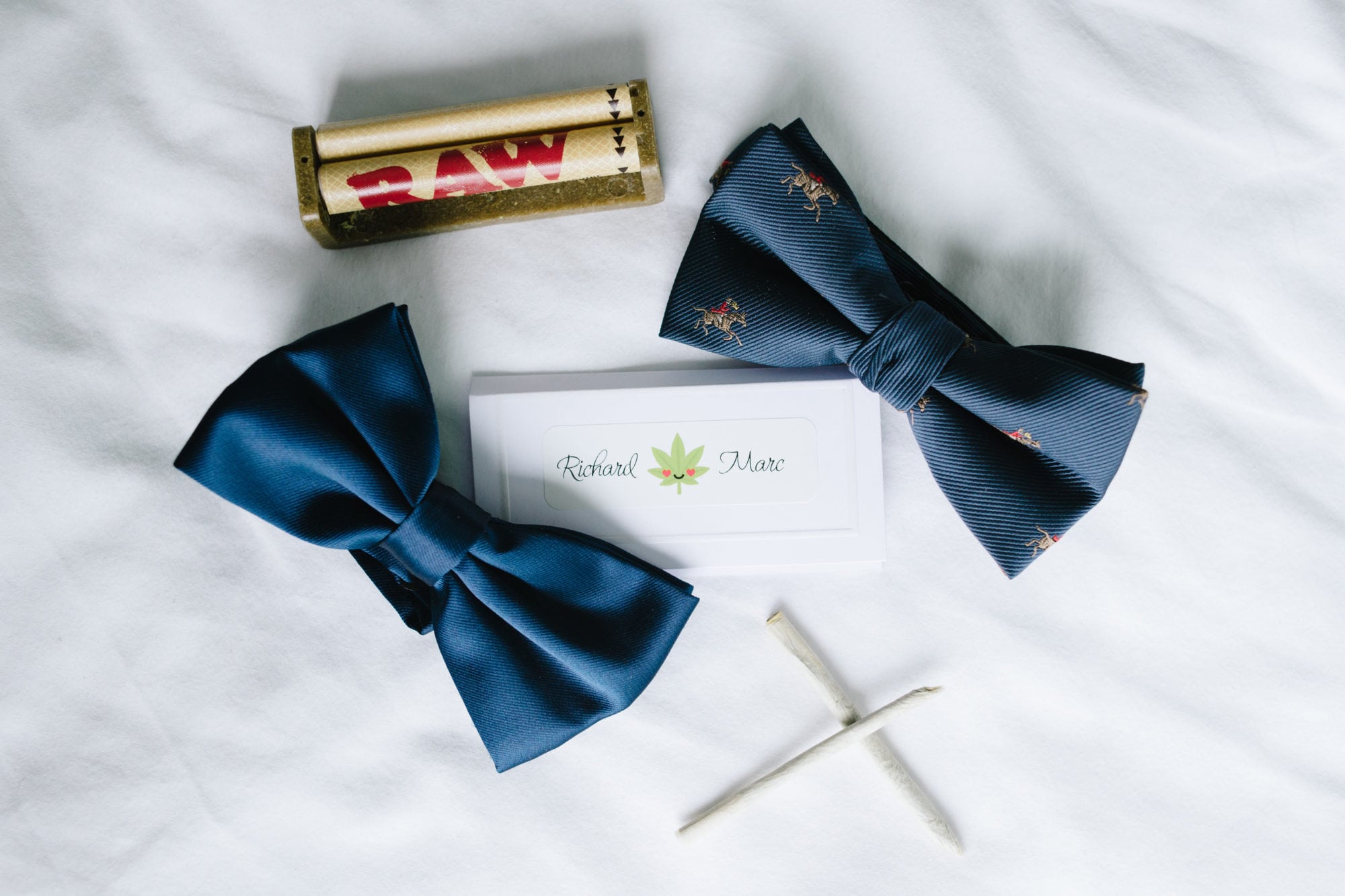 They wandered around the city to get some photos before the ceremony: 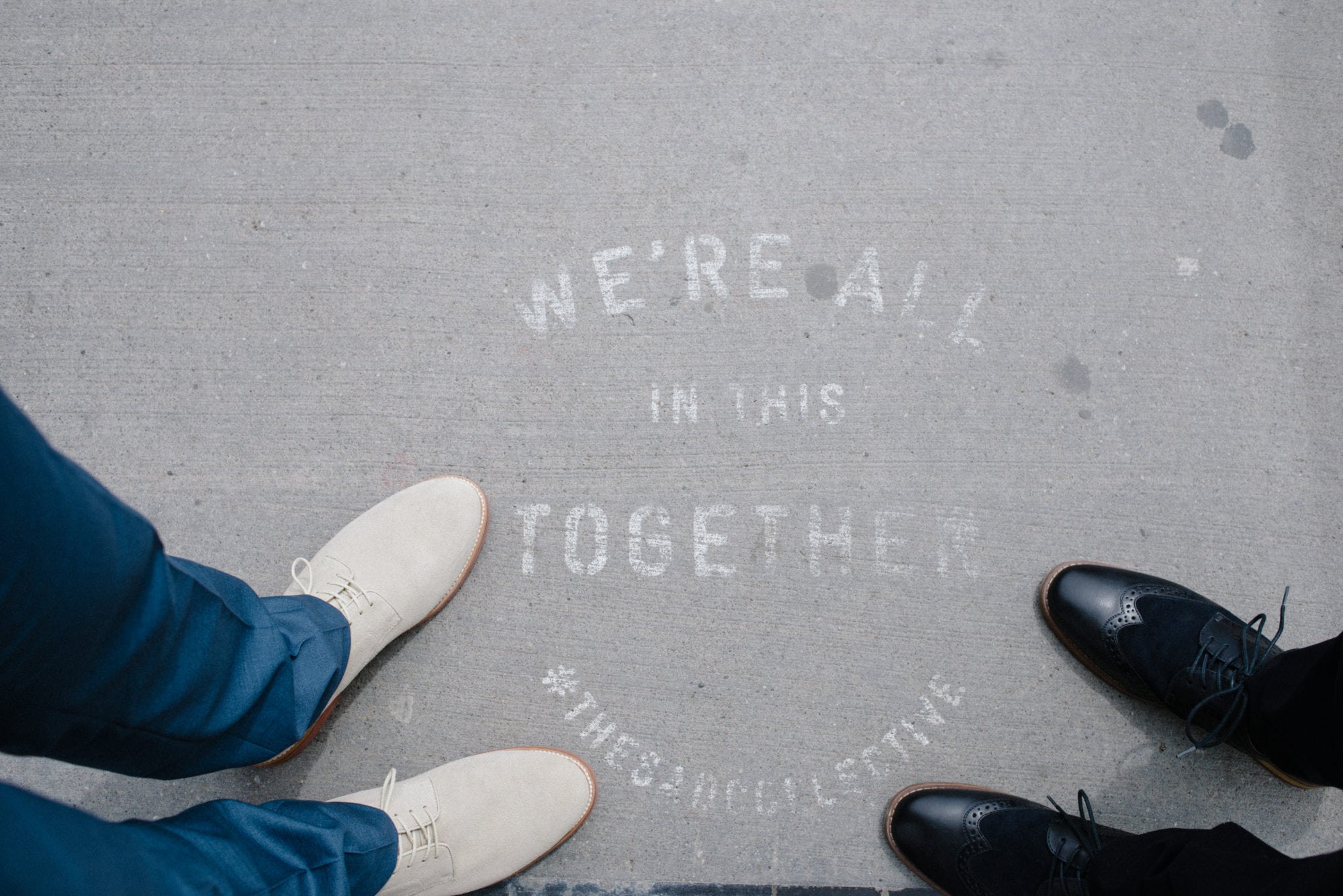 Some of their favourite photos were taken under the Gardiner Expressway: 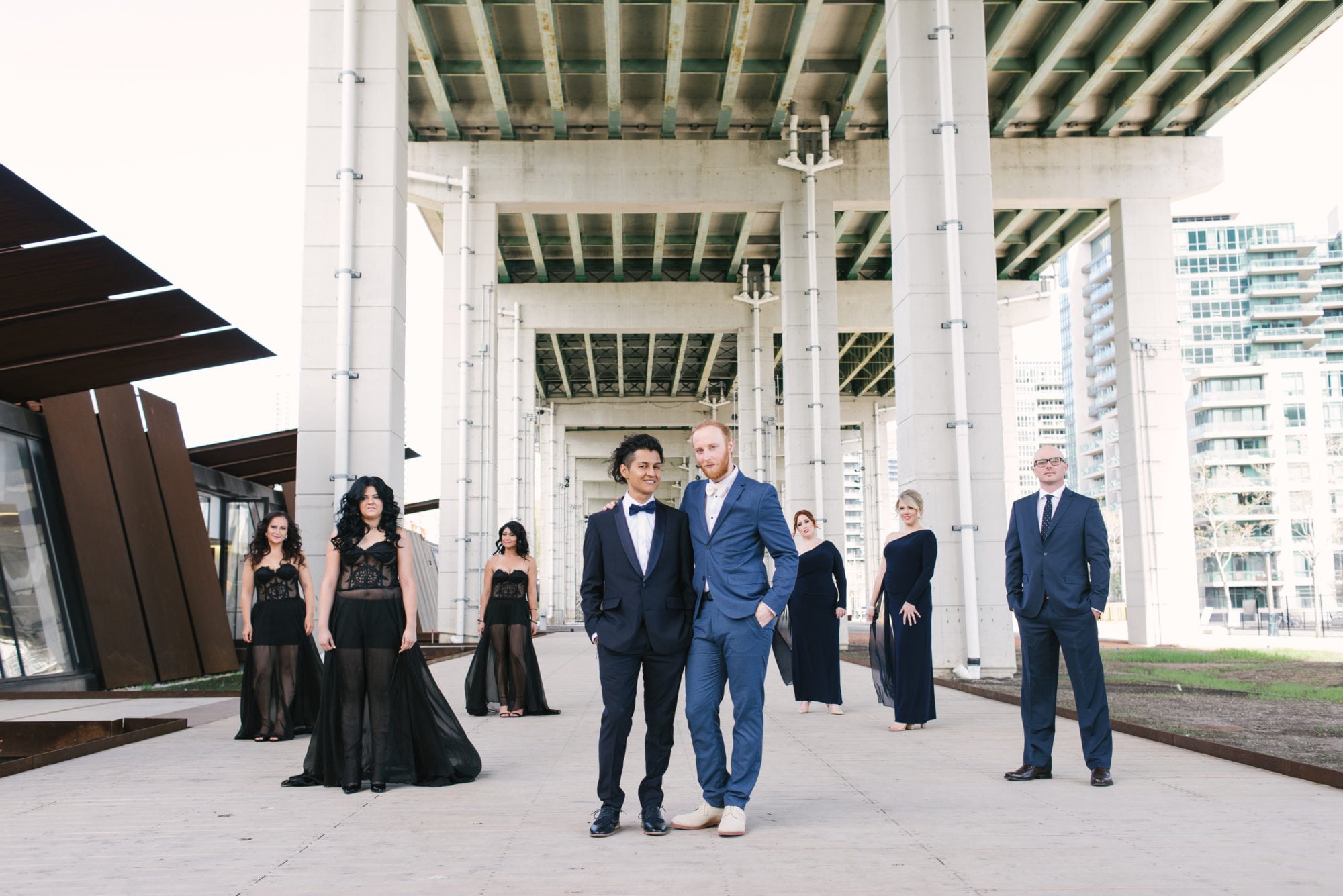 The ceremony was held in Fort York’s visitor’s centre, and the reception took place in one of the older buildings: 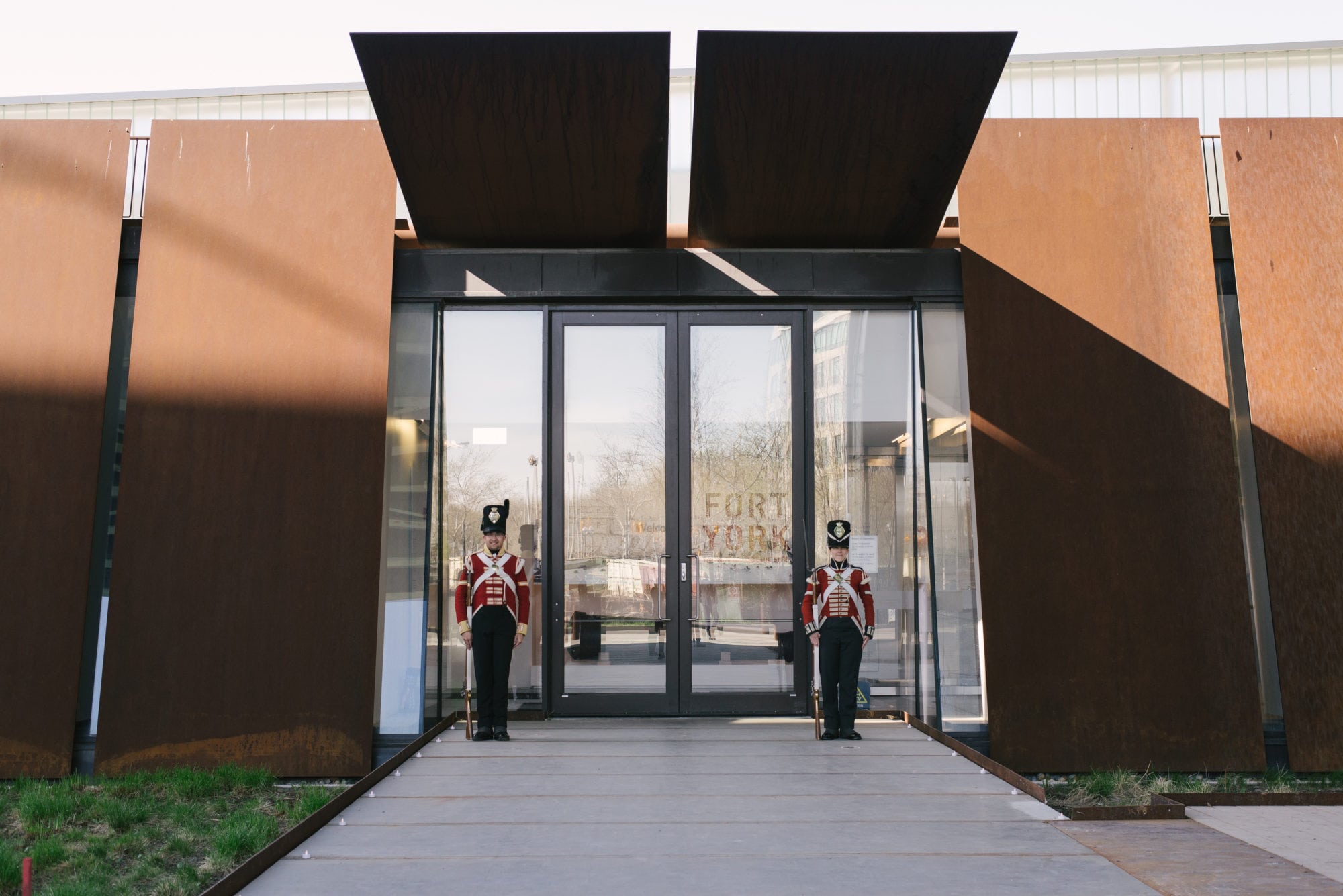 Not everything went according to plan: they forgot the rings at the Airbnb and only realized moments before they were scheduled to walk down the aisle. “People were still arriving and we were running away yelling, ‘We’re cancelling it!’” says Marc: 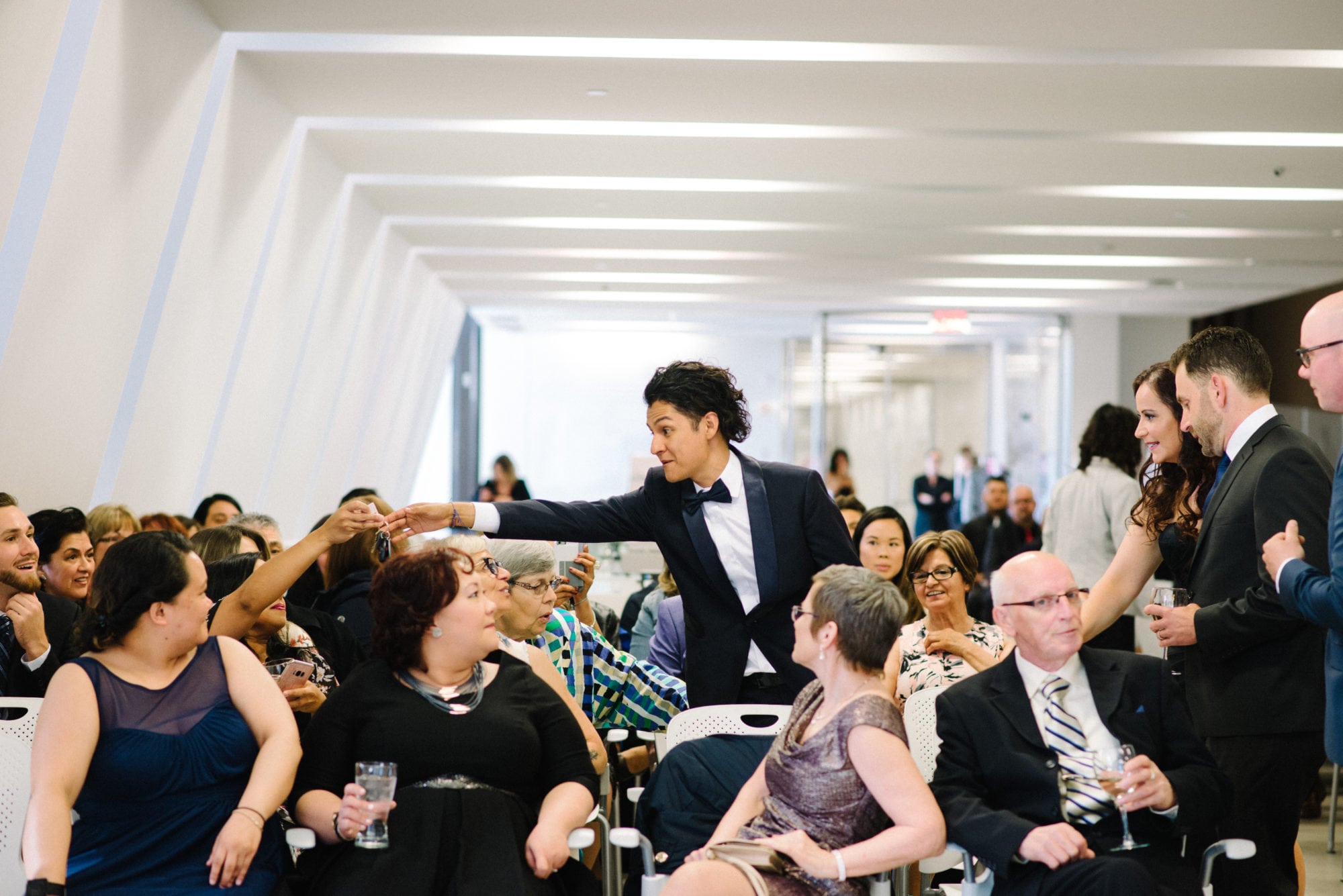 They ran off to retrieve the rings and made it back with lots of time for them to say their “I do’s.” Marc and Richard had a competition to see who could make the other person laugh harder as they were walking down the aisle. “It was like a mini roast battle,” says Marc: 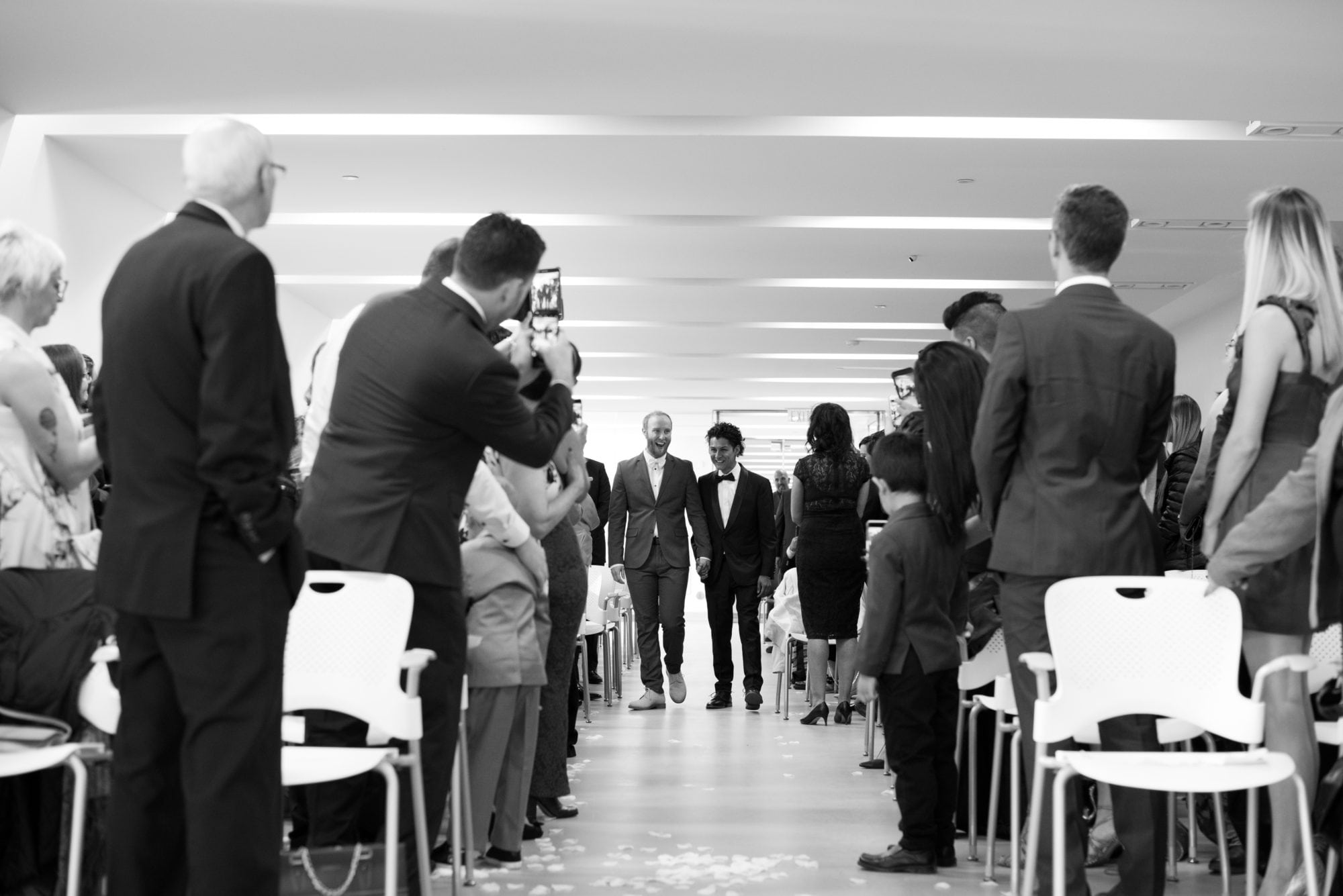 They had “flower boys” toss petals on the floor: 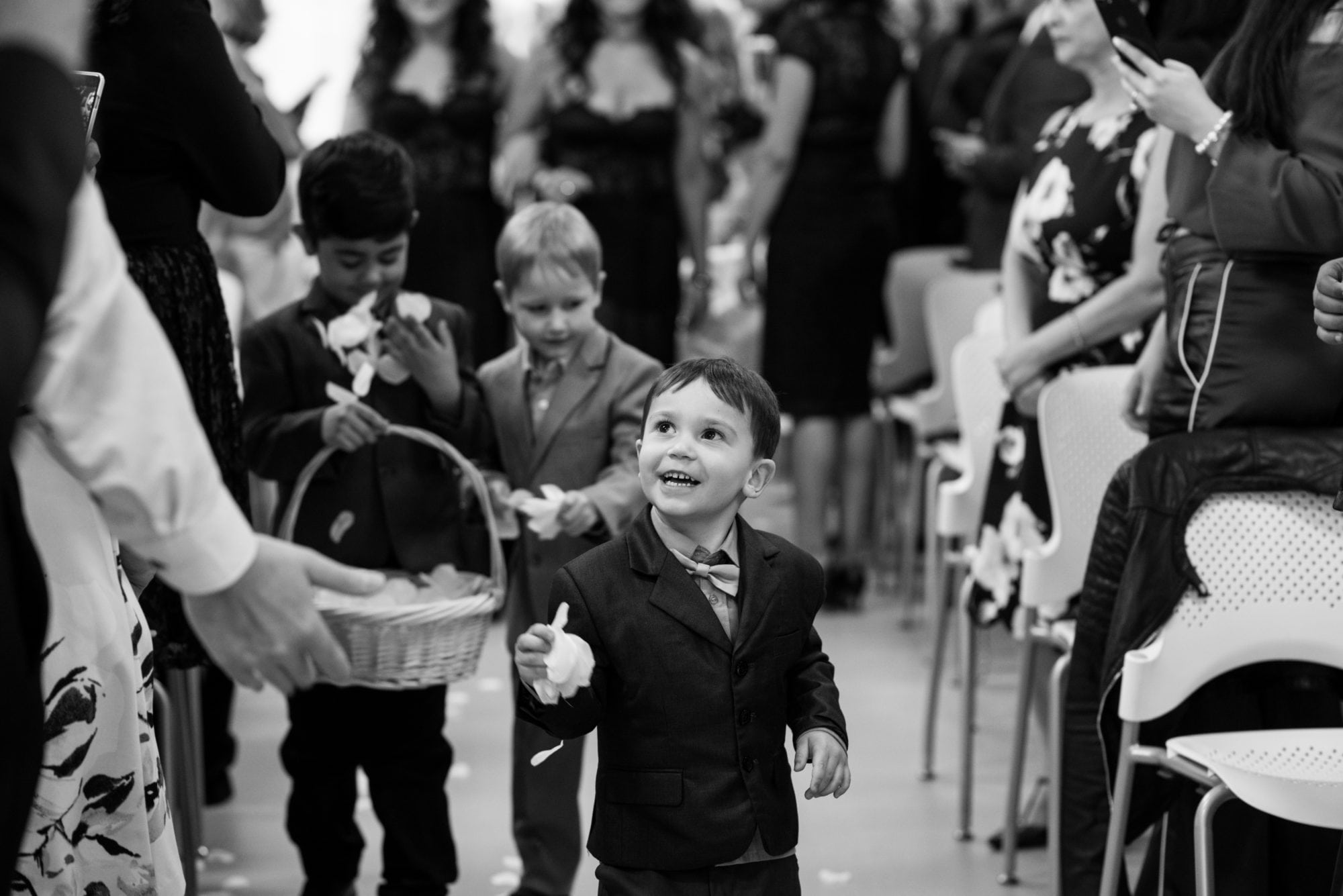 The ceremony was short and sweet, and officiated by a non-denominational minister. She came to their house before the wedding to interview the couple. “We wound up talking for three hours,” says Marc. “She even brought up some old Seinfeld references in her speech.” 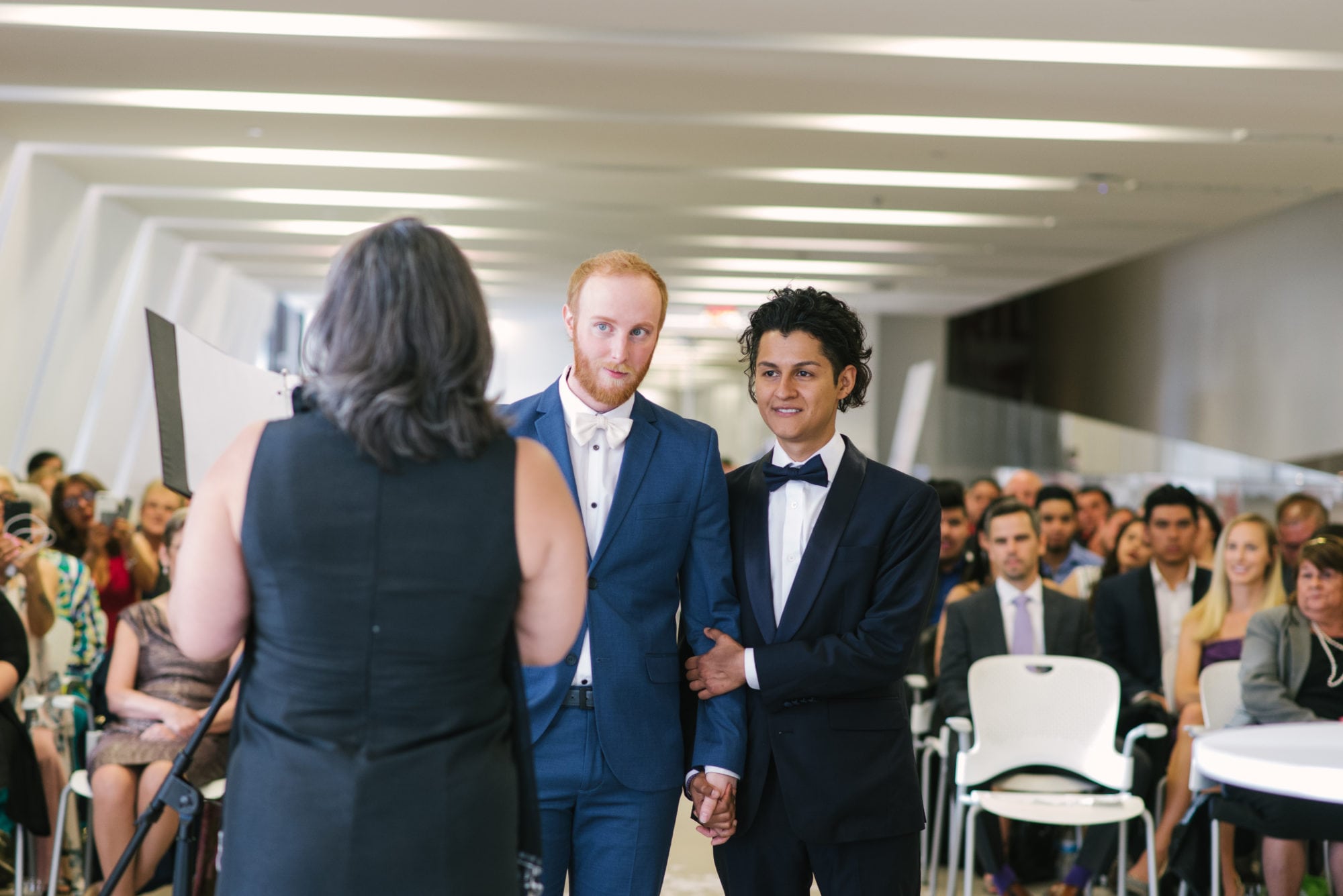 Naturally, there were a few tears: 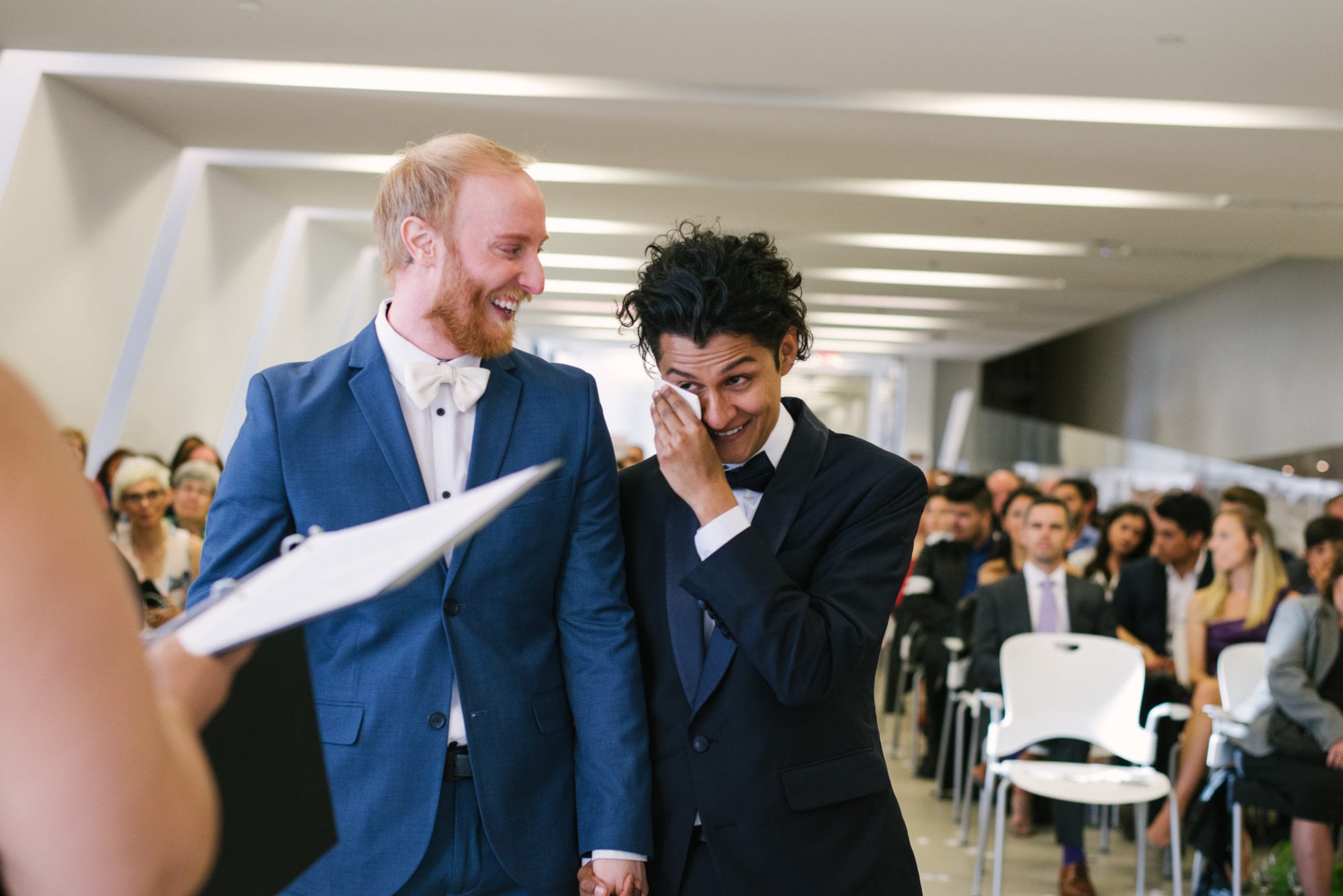 They decorated the venue with some help from their friends, adding tea lights along the pathways, roses on the tables and flowers dangling from the ceiling. “That took about three days,” says Marc: 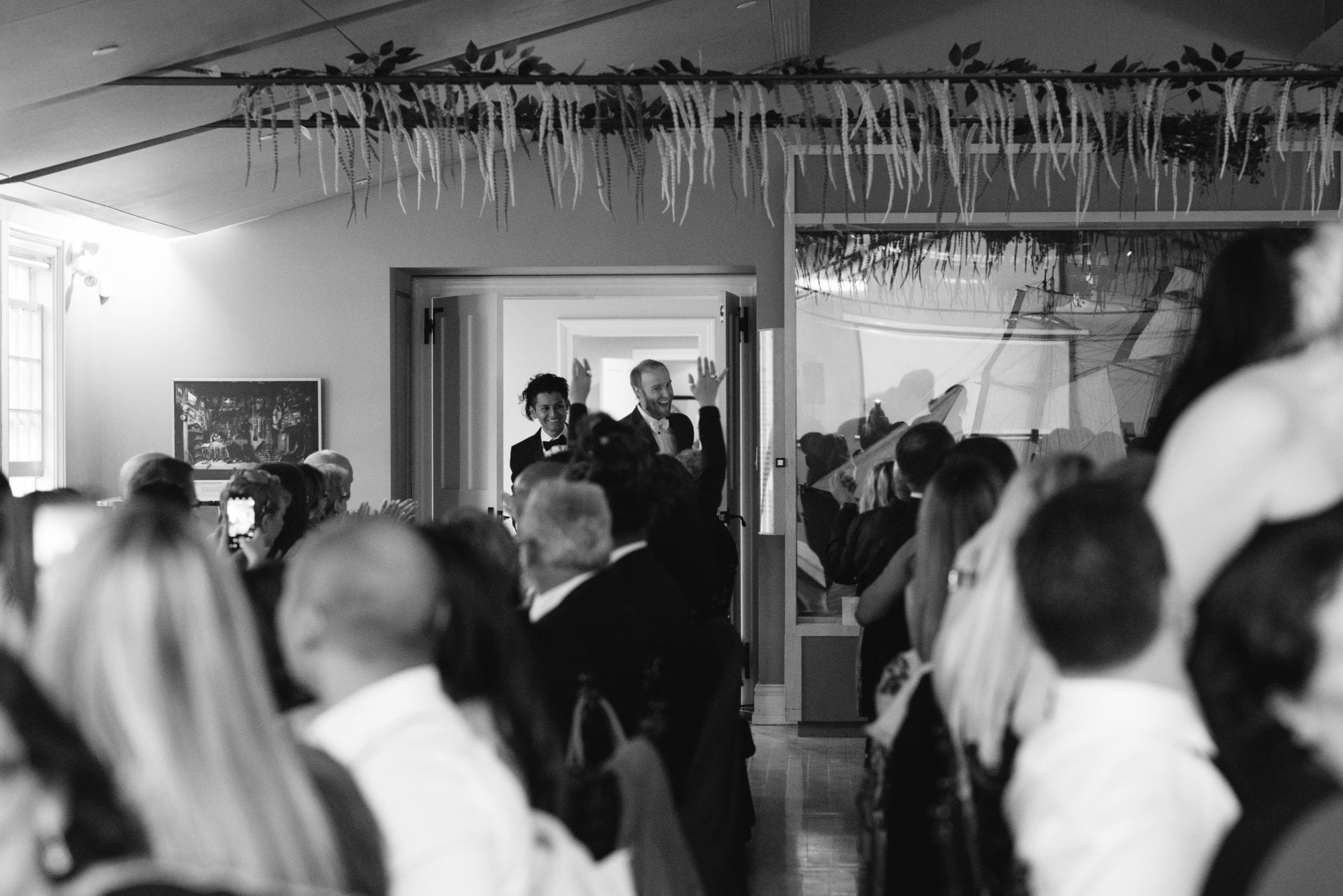 Dinner was a family-style feast. “My family is from Newfoundland and Richard’s is Chilean, so we wanted a lot of food,” says Marc. There was sous-vide short rib, branzino, smoked eggplant and lots of hearty salads: 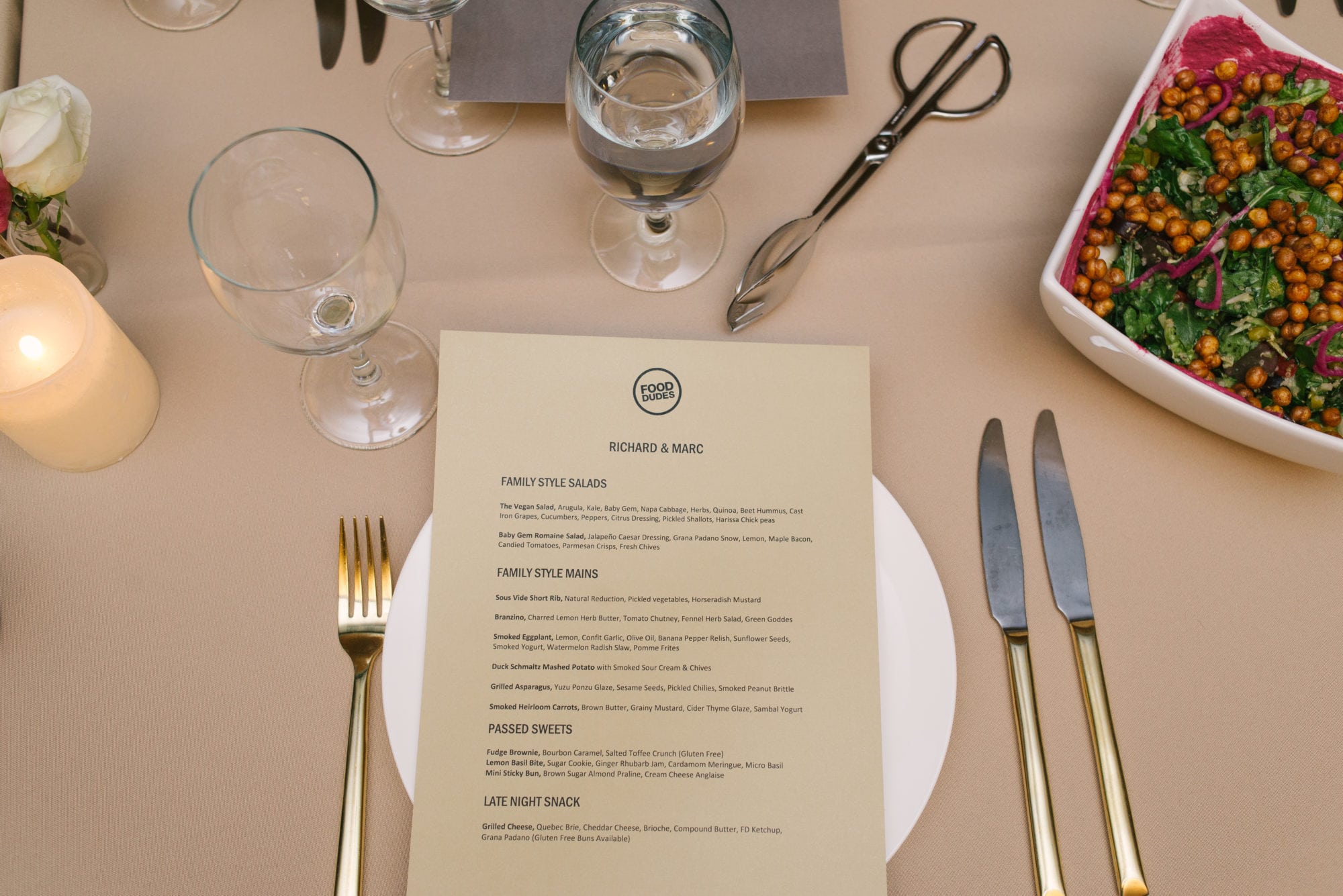 Here’s where they set up the makeshift kitchen: 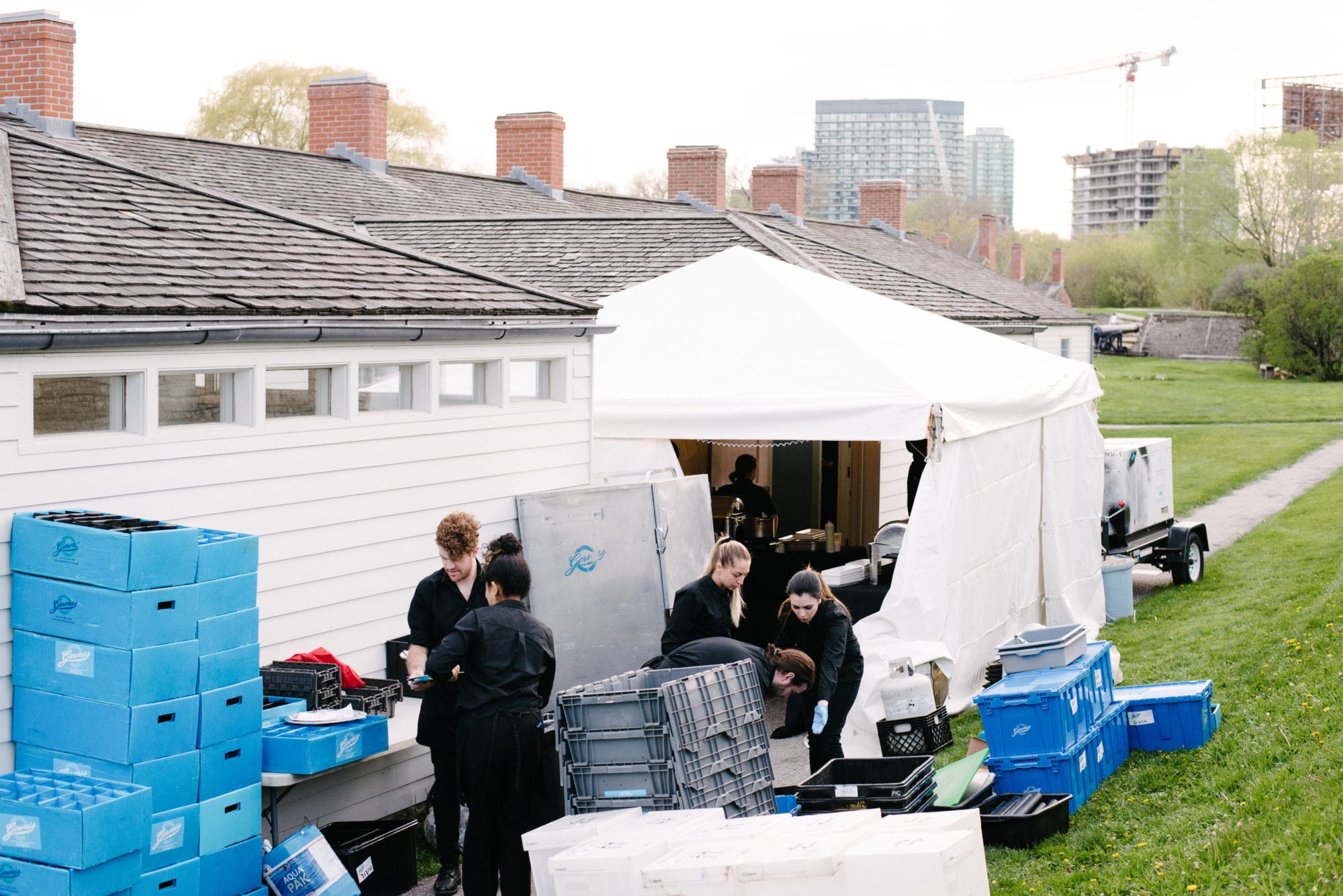 The couple’s first dance was to Beyoncé and Ed Sheeran’s “Perfect.” “Richard really loves Beyoncé. She has kept him motivated throughout his journey with MS,” says Marc. 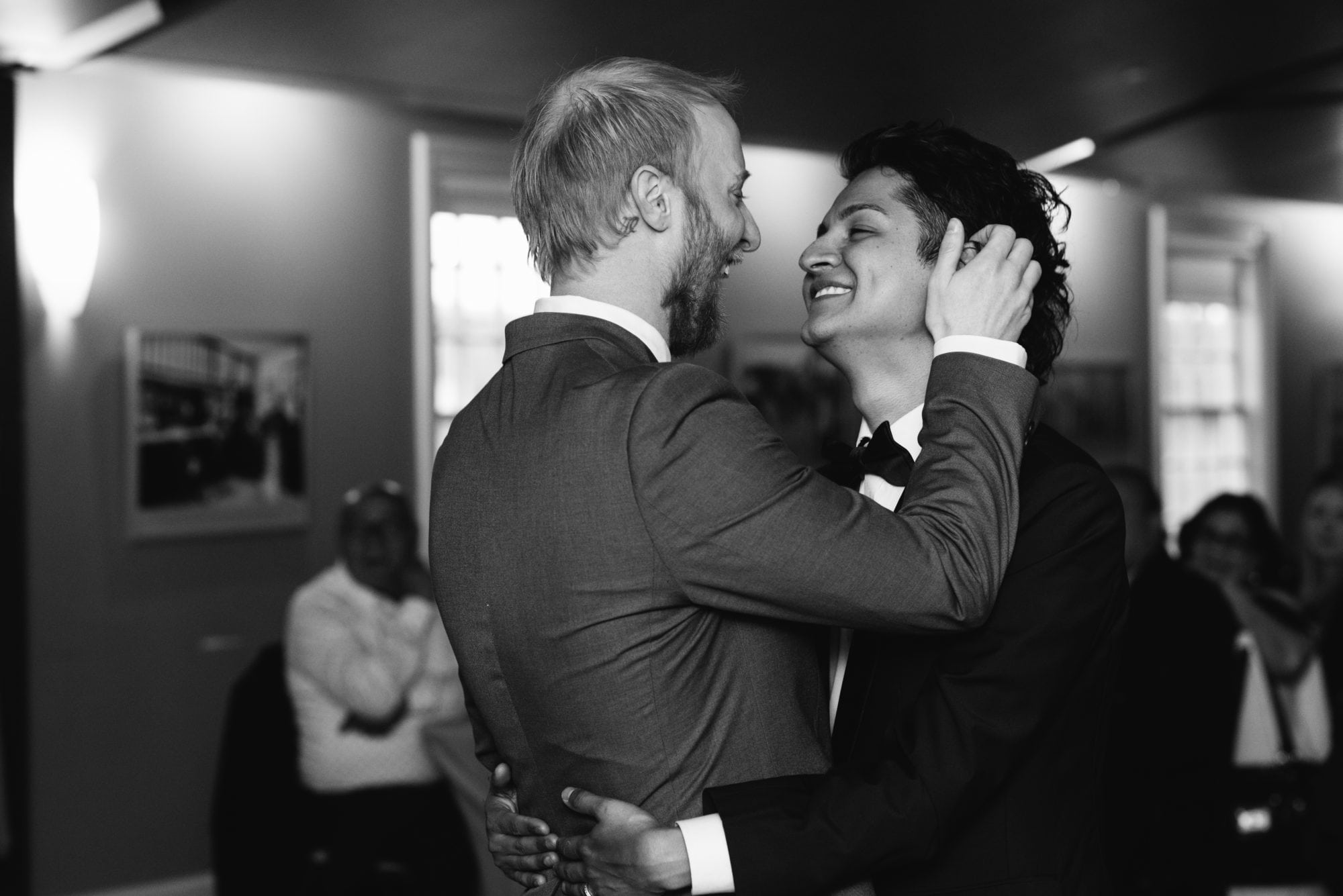 After dinner, they had a “Screech-In Ceremony”—an east coast ritual performed on non-Newfoundlanders that involves a lot of Newfoundland rum: 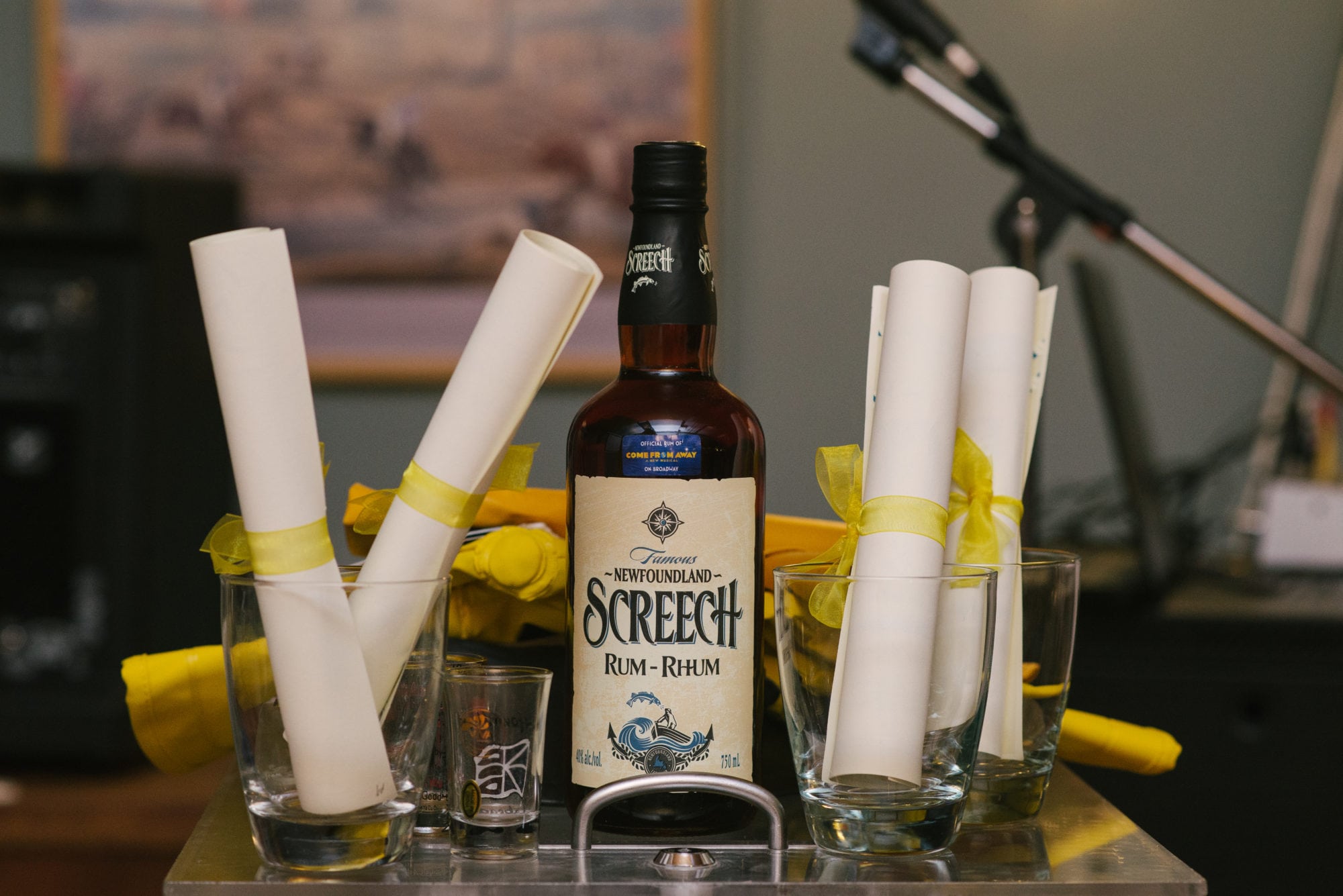 “It’s very official,” says Marc. “You have to recite a Newfie oath and wear some sort of fisherman attire.” His cousin brought the fishing hats all the way from Newfoundland and his uncle led the ceremony: 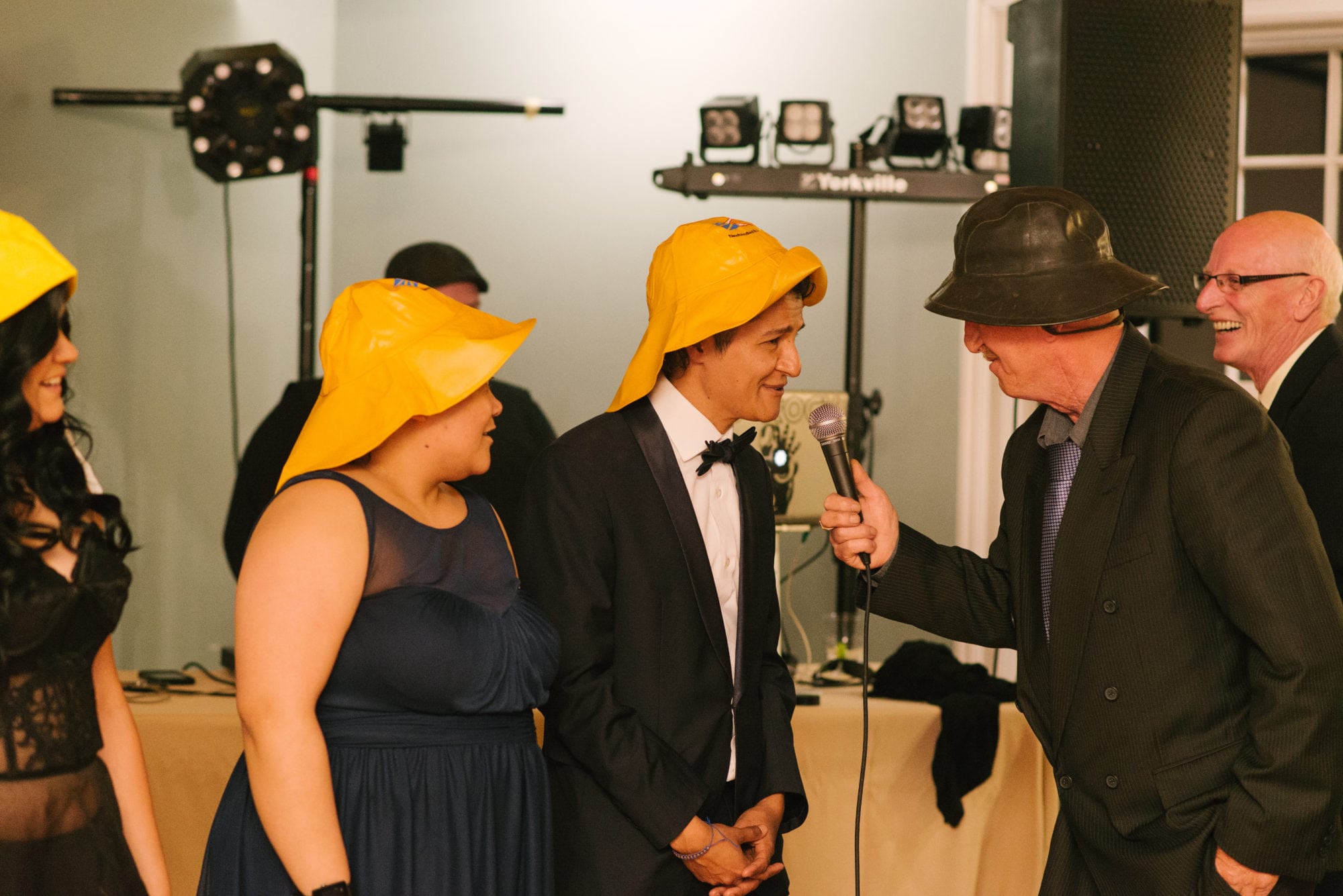 At the end of the ceremony, you have to kiss a cod: 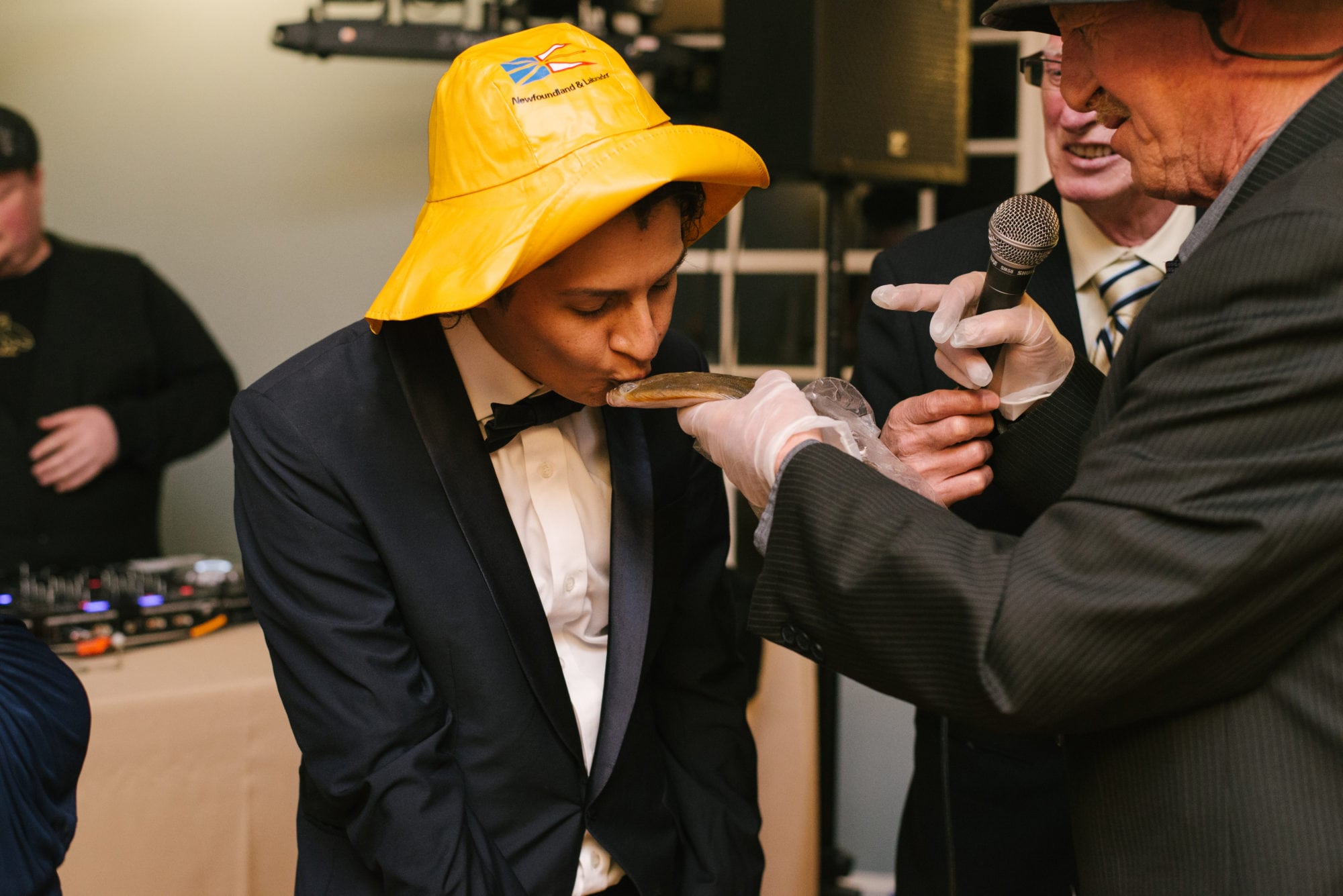