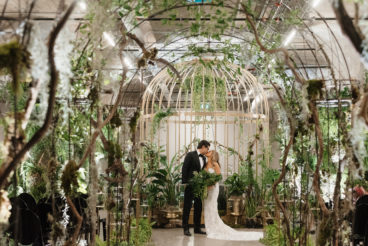 Inside an elaborate jungle-themed bash at MOCA

Melissa Nguyen, a realtor, met Justin Fong, a co-founder of the Annex Hotel, in 2014. A mutual friend had mentioned Melissa to Justin, and after some Instagram creeping, he got her number and asked her on a nearly-blind date at Soho House. Melissa loved his dry sense of humour, and Justin loved the fact that they were able to instantly be honest with each other. “I think we were both a little jaded and let it all hang out,” he says. On their four-year anniversary, Justin proposed at his family’s Muskoka cottage. Melissa snatched the ring out of his hand before he even had a chance ask the question.

Though they originally wanted a small, intimate wedding, Pinterest got the better of them. Justin was originally adamant on having live butterflies flitting around during the cocktail ceremony, but they didn’t want to have PETA on their backs, and settled on live dancers dressed as animals and fairies, who twirled around an immersive forest with live moss, a fog machine and a 14-foot-tall brass birdcage. They wanted to create an experience that would be different from any wedding they’d ever attended, and they chose MOCA because the museum had never hosted nuptials before.

Justin got ready at their King West condo with his family and their French bulldog, Mickey: 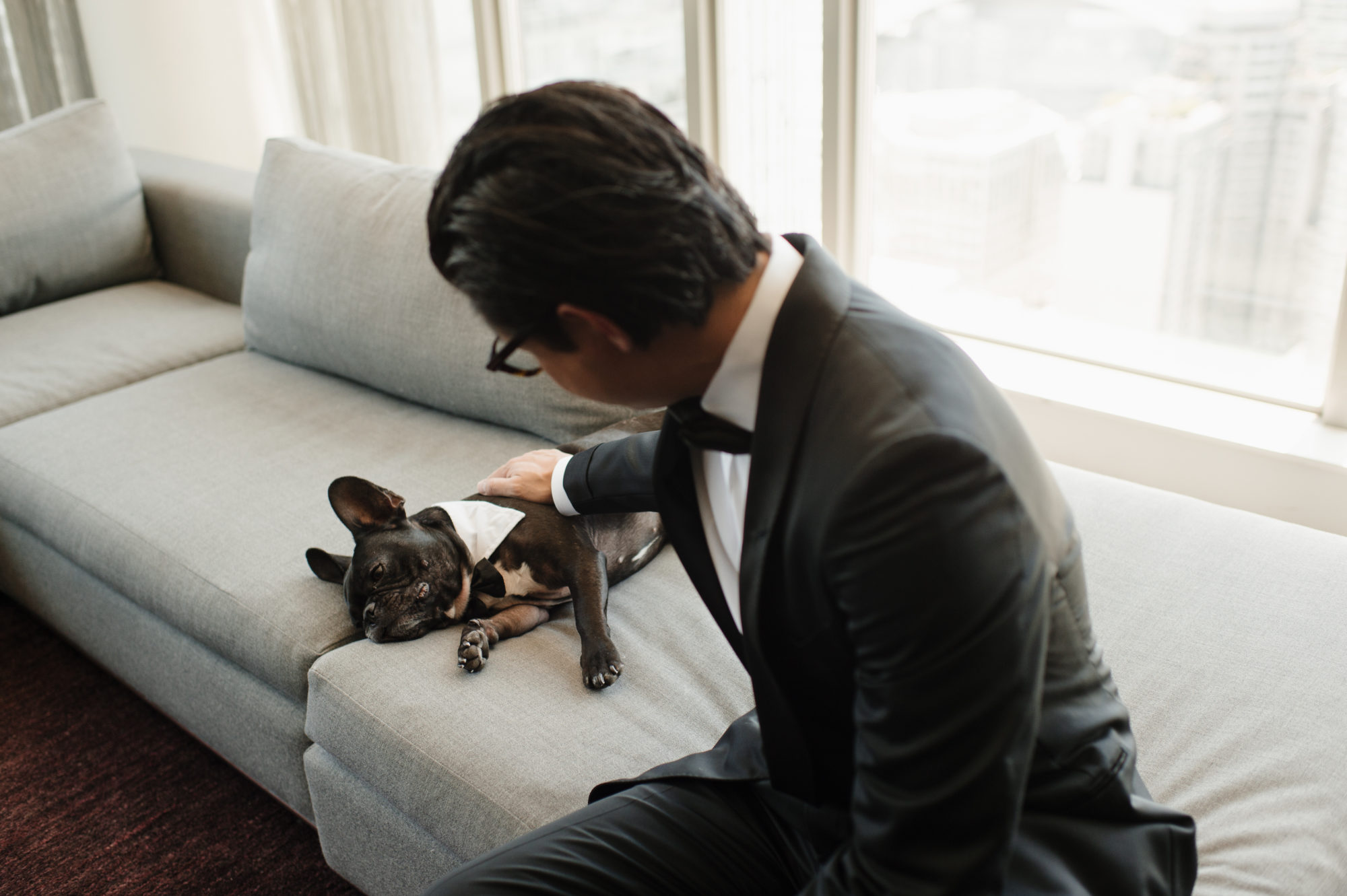 Melissa was with her mom and sisters at their Junction home. She chose her dress because the cotton-lace leaf patterns matched the wedding’s forest theme: 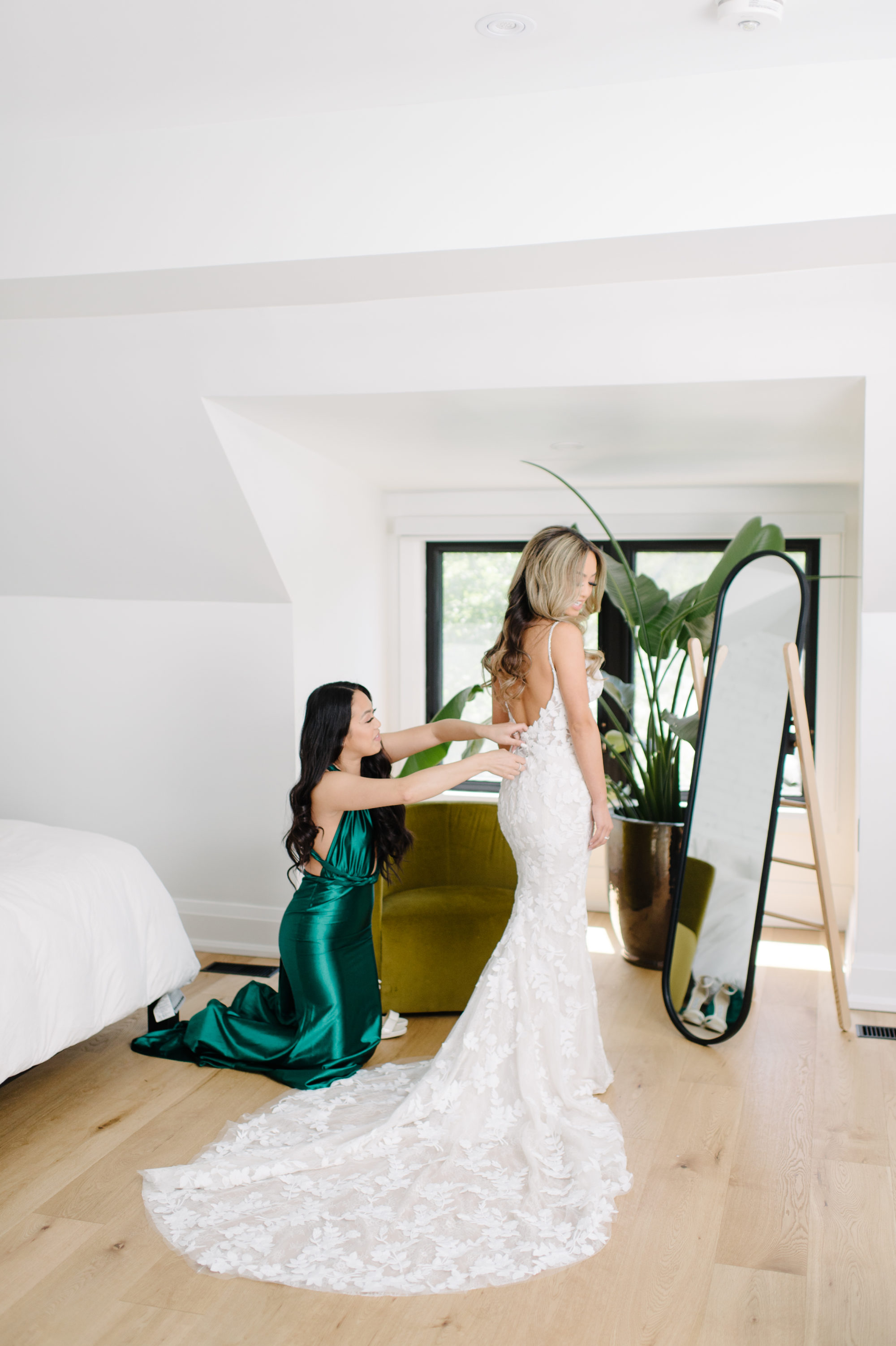 They met up for a first look at the Annex Hotel, which Justin co-founded just over a year ago: 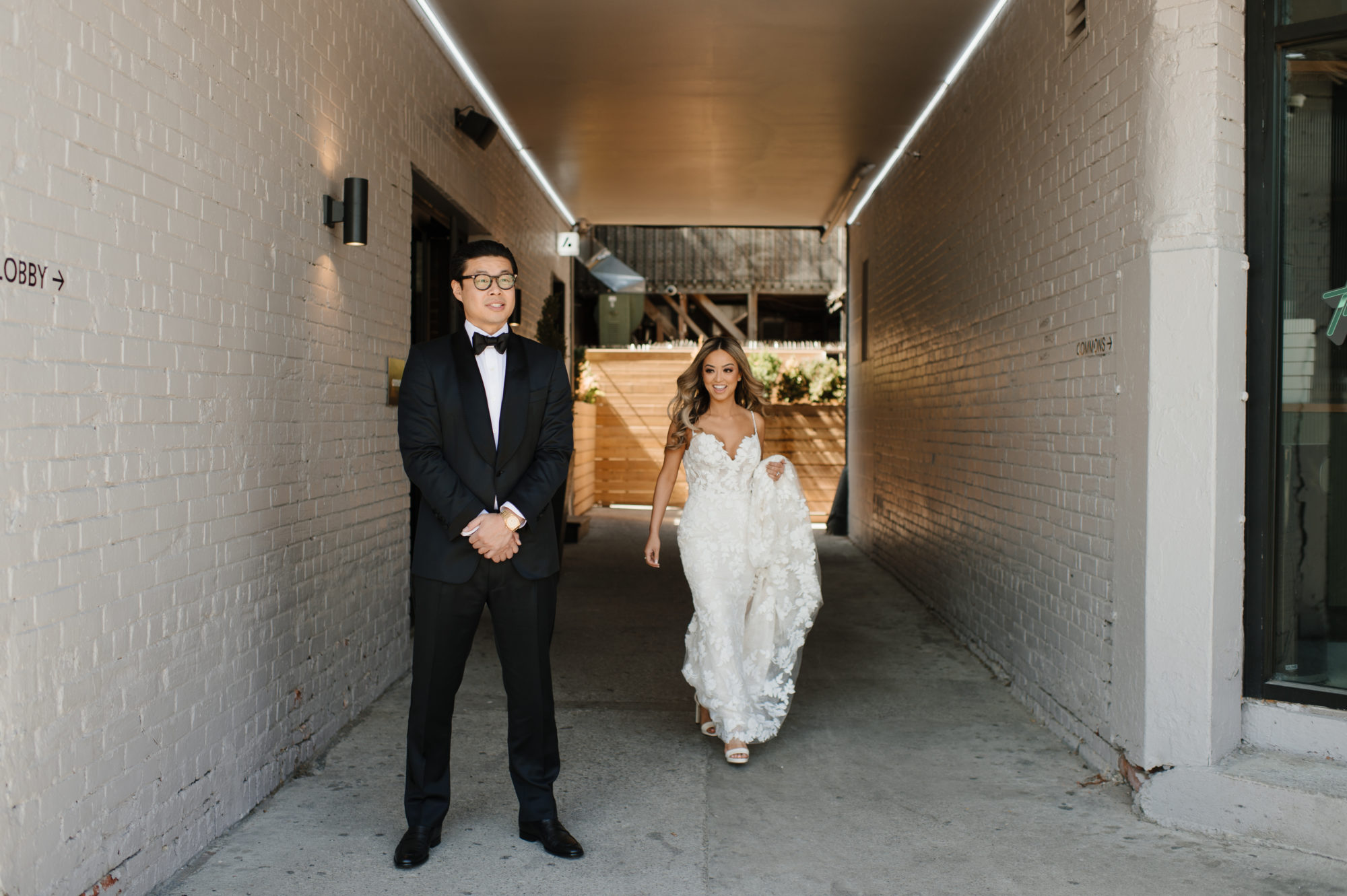 They chose MOCA because it didn’t feel super-bridal. “We looked at so many venues that just pump out weddings,” says Justin. They loved the raw space, 14-foot ceilings and mushroom pillars: 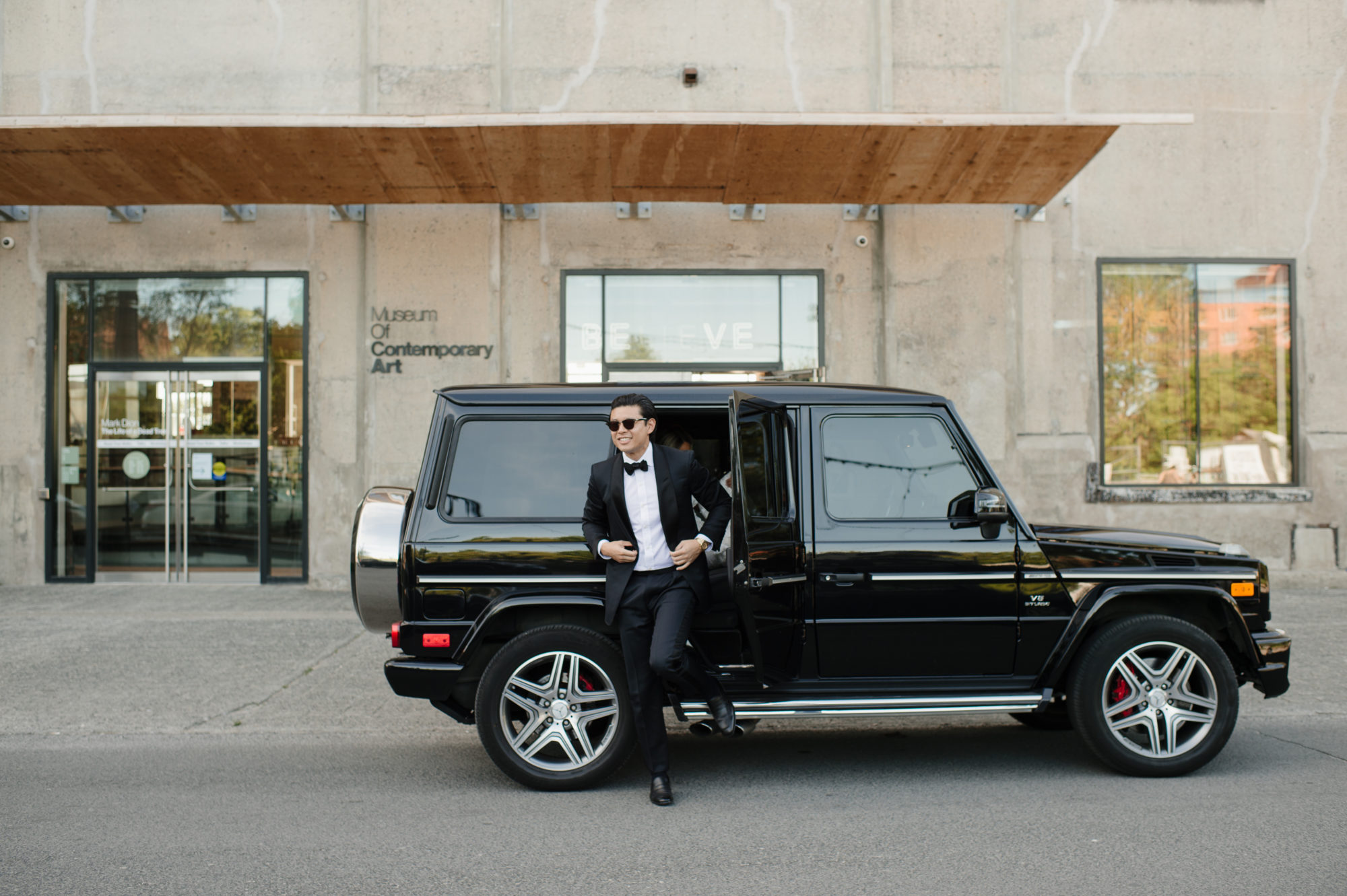 They worked with their planner and florist to create an immersive forest experience on the second floor of the museum. Melissa is not a fan of girly florals, and wanted only greenery. She also wanted the space to smell like a forest, so they brought in lots of live moss: 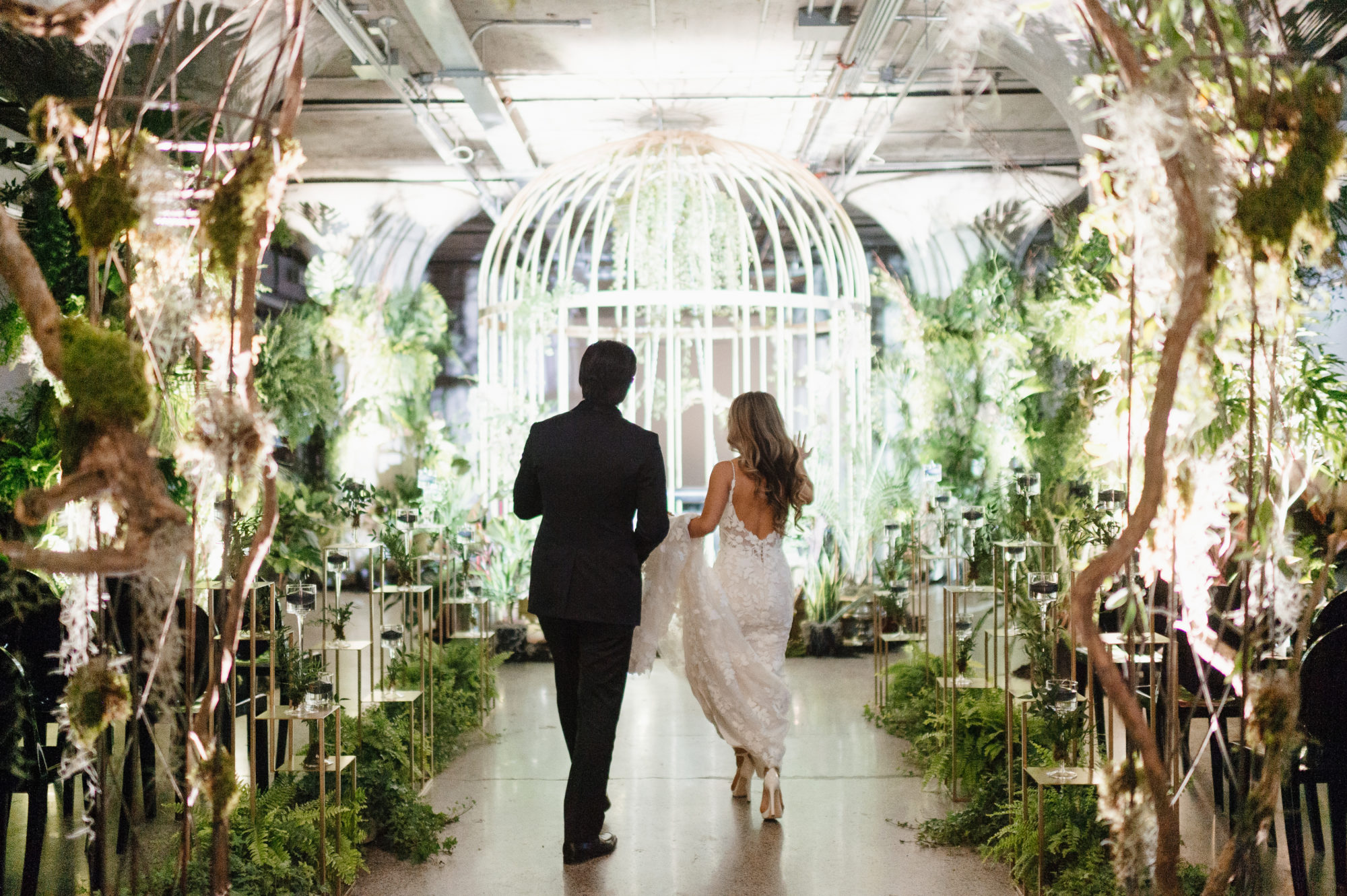 They also constructed a 14-foot-tall custom birdcage, which eventually held dancers dressed as animals, but also functioned as a backdrop for the ceremony: 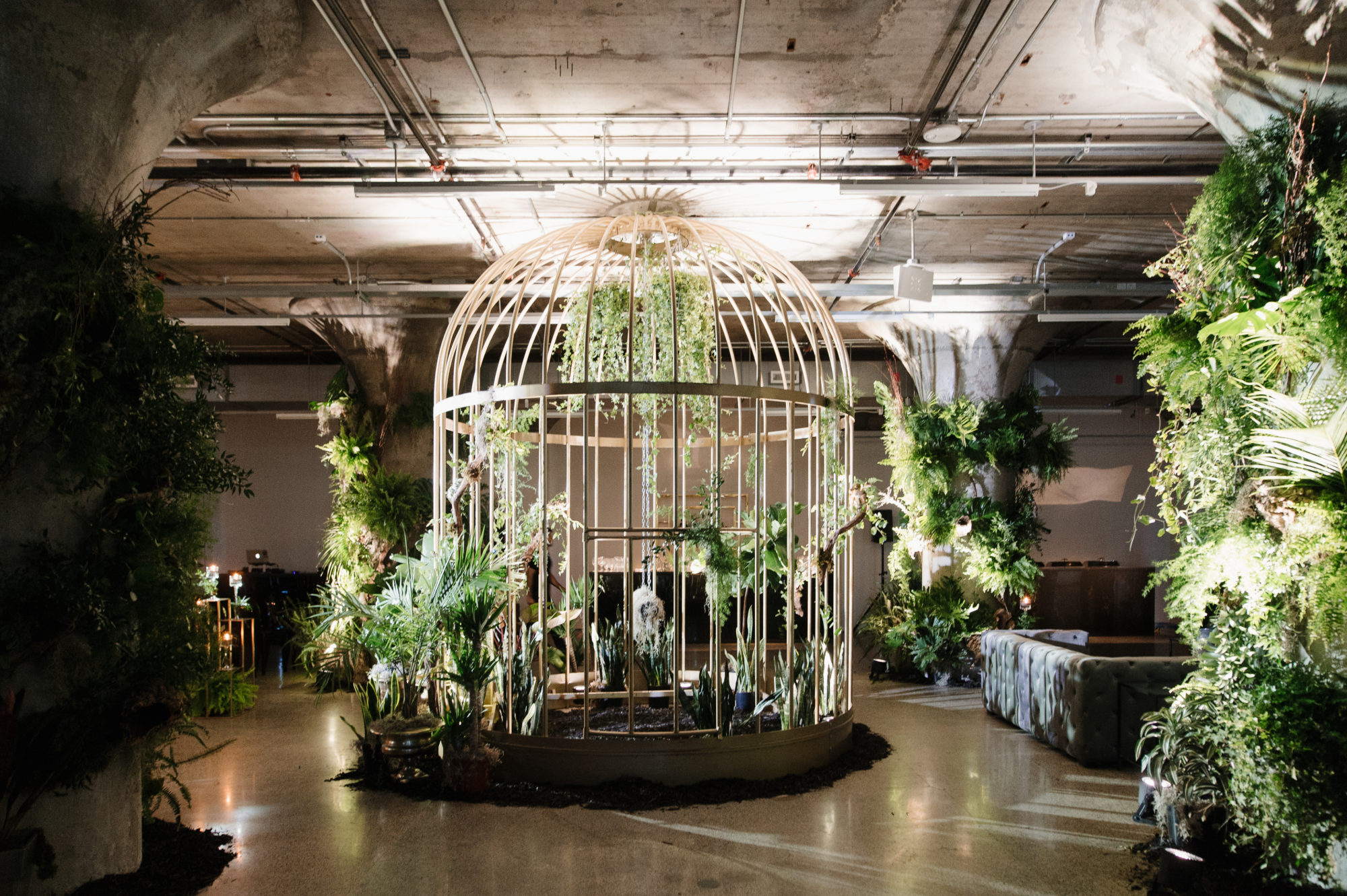 A smoke machine pumped out mist as the bridal party walked down the aisle: 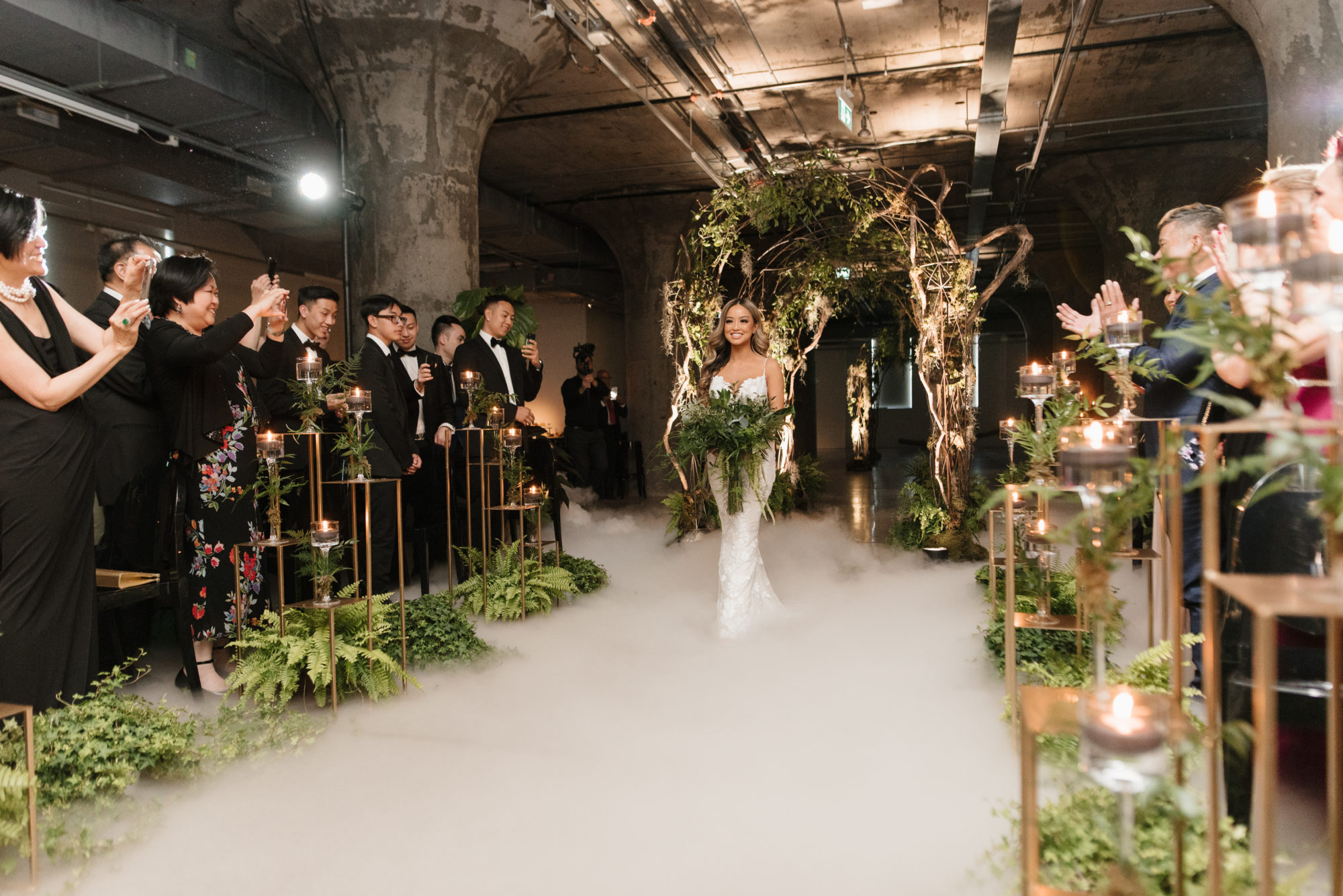 Only family was in attendance for the ceremony, and Justin says it was only about five minutes long from start to finish: 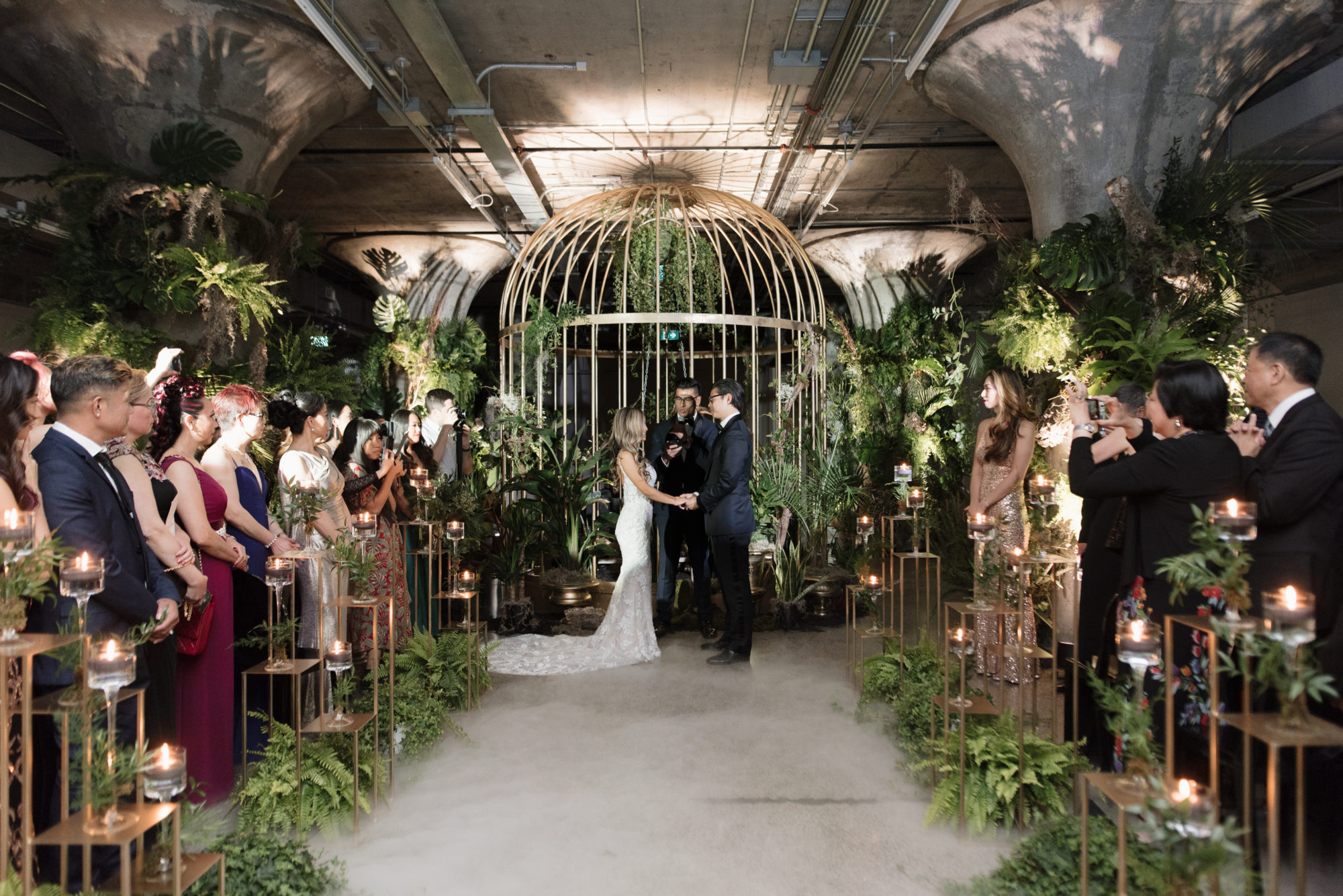 Guests were told to dress to impress, and the couple specifically arranged for a cocktail-style reception so that outfits could be adequately paraded around the space: 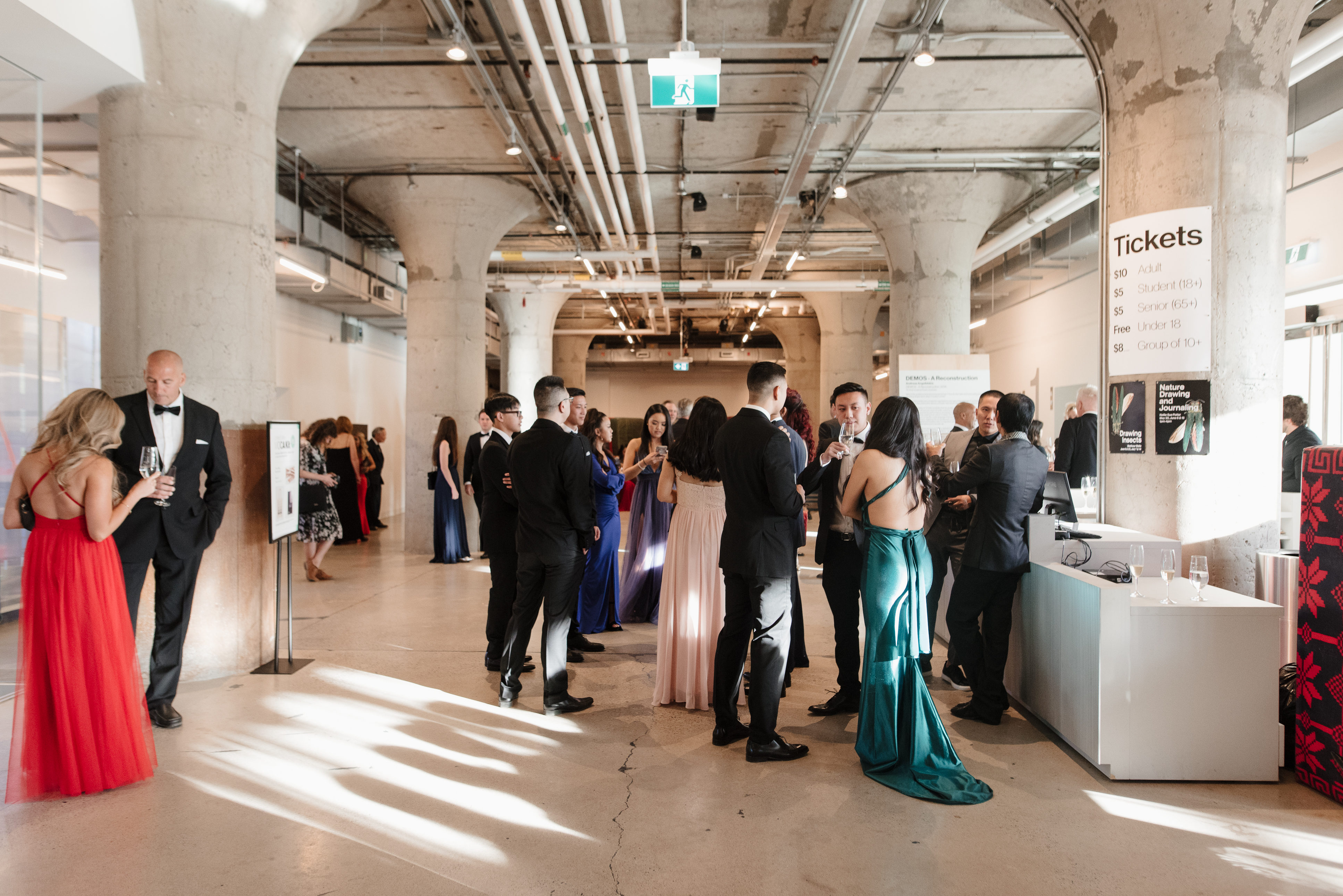 As the rest of the guests arrived for the reception, they were greeted by sultry dancers inside the cage: 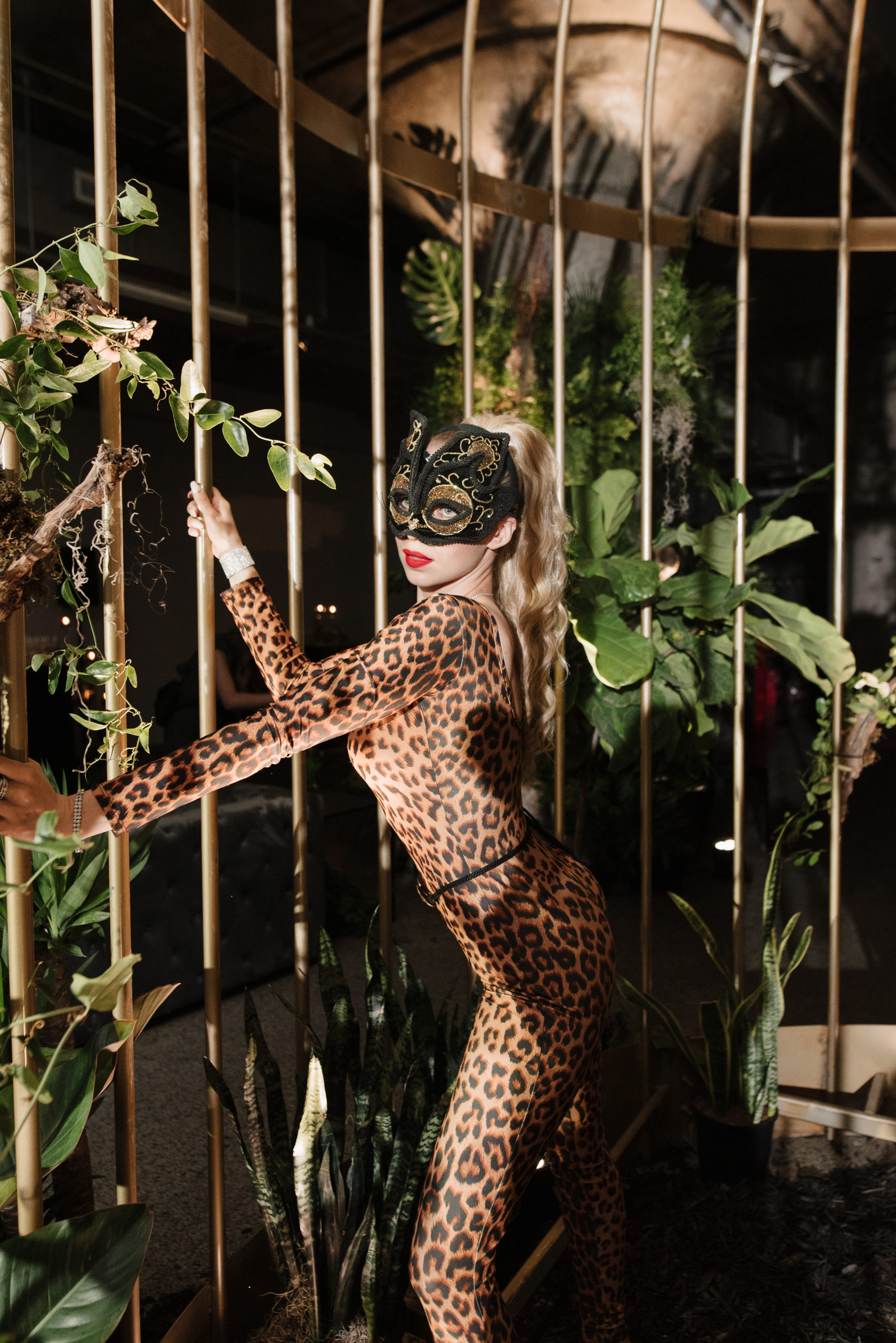 Instead of a sit-down meal, they opted for food stations and piles of charcuterie: 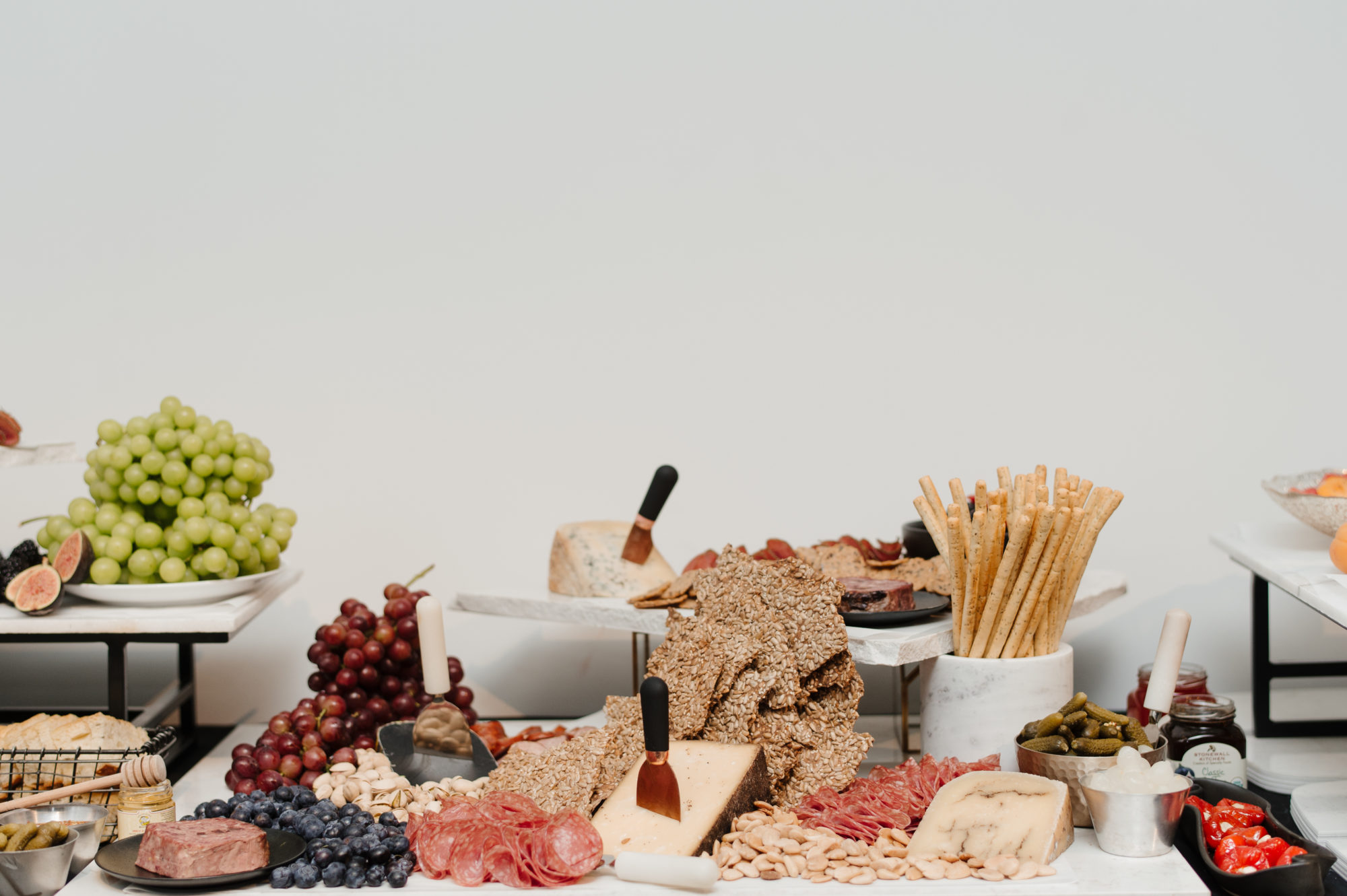 The jungle theme infused every corner of the space, even the guest-book table: 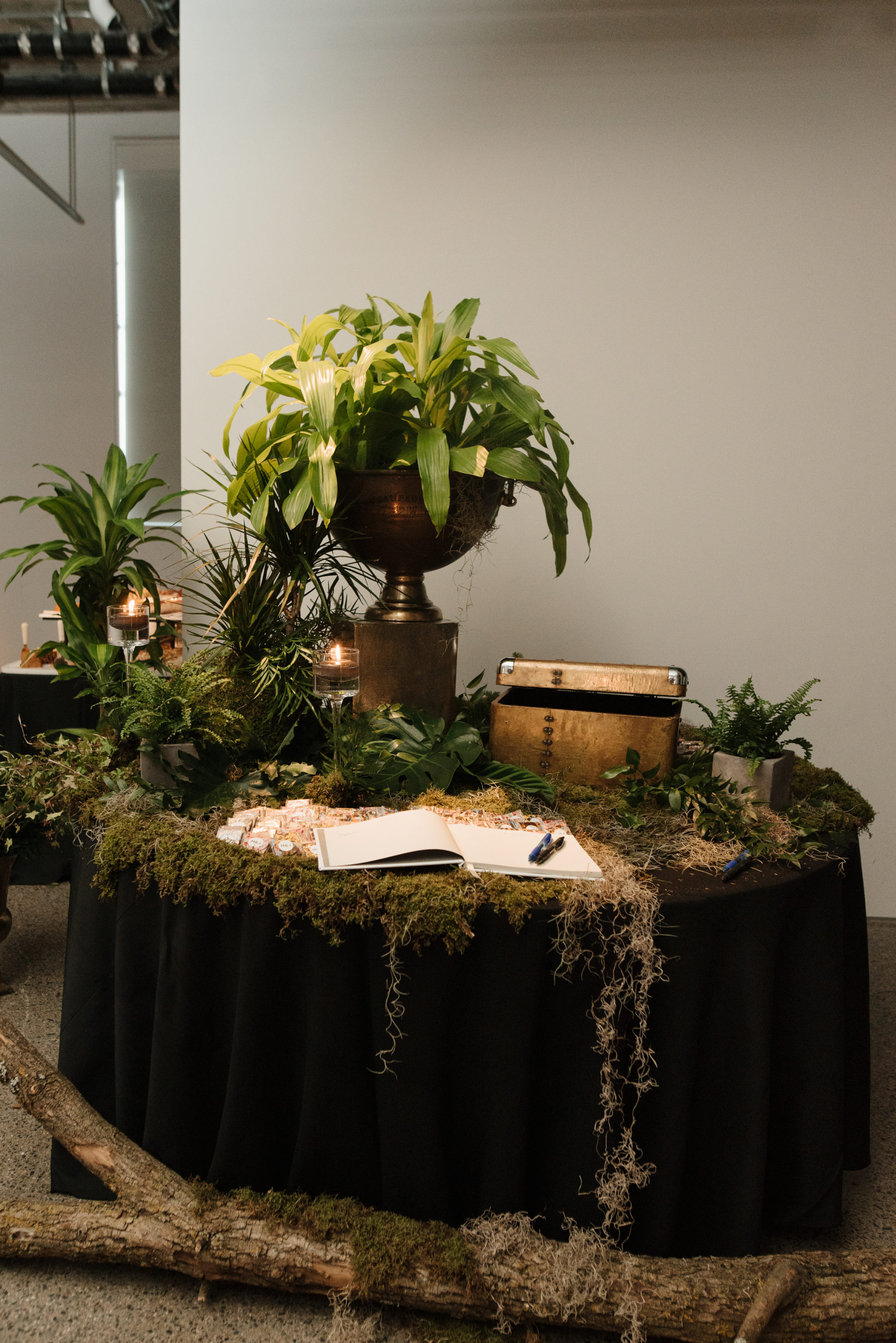 Melissa and Justin made their official entrance to Queen’s “We Are The Champions”: 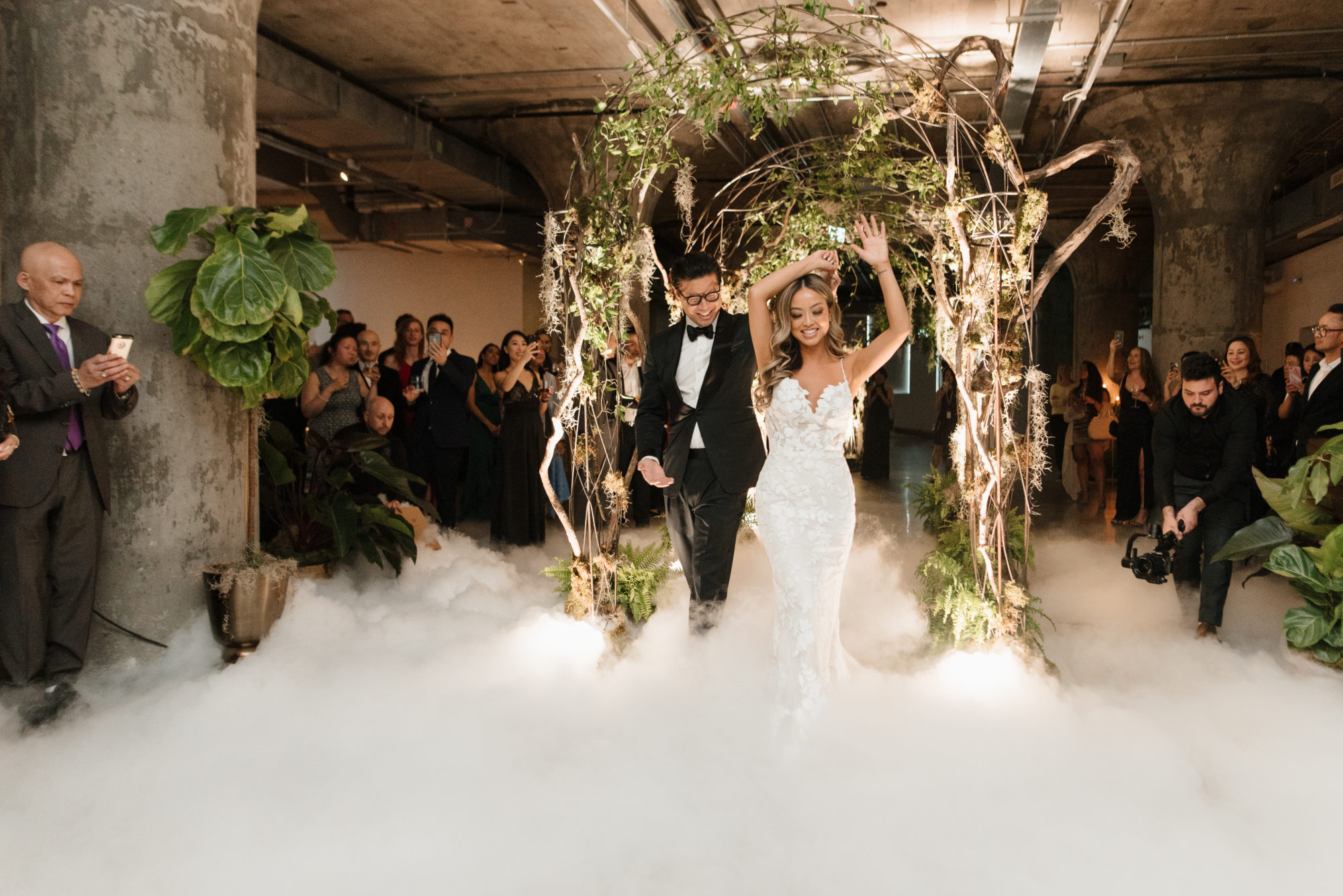 Melissa made an outfit change before their first dance. “This satin one was much more me,” she says: 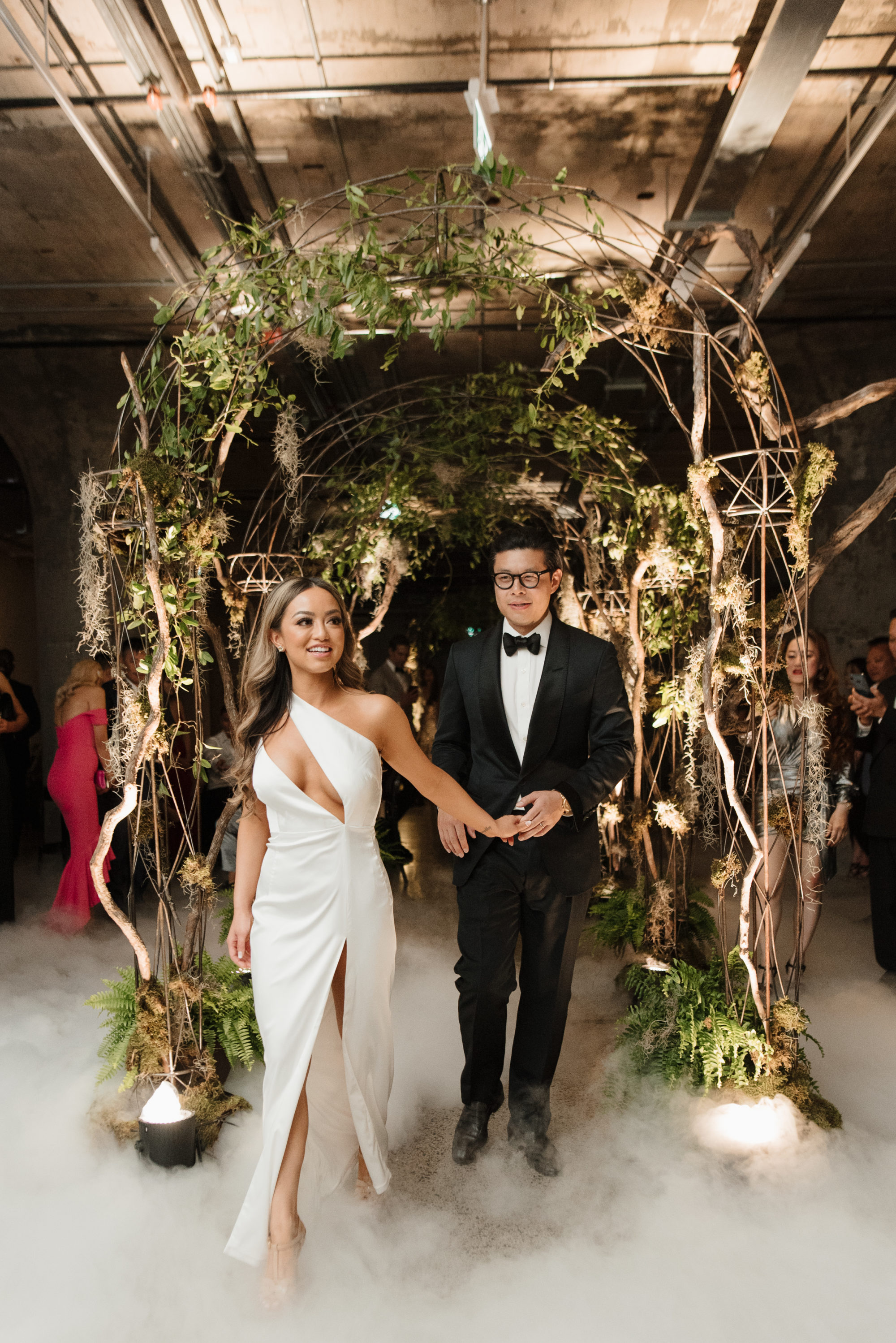 Their first dance was to Adam Levine’s “Lost Stars”: 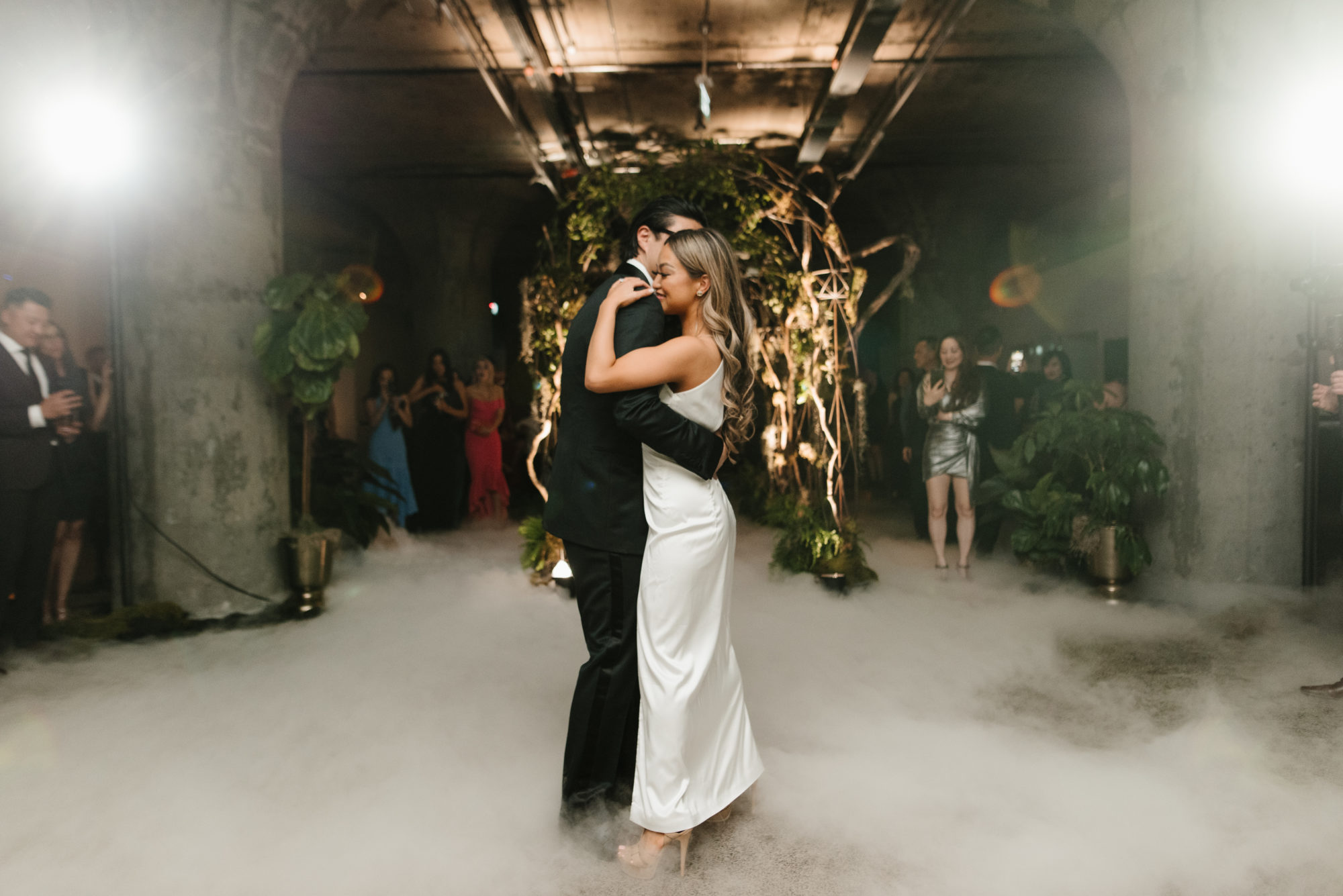 At the end, their siblings fired confetti guns into the air: 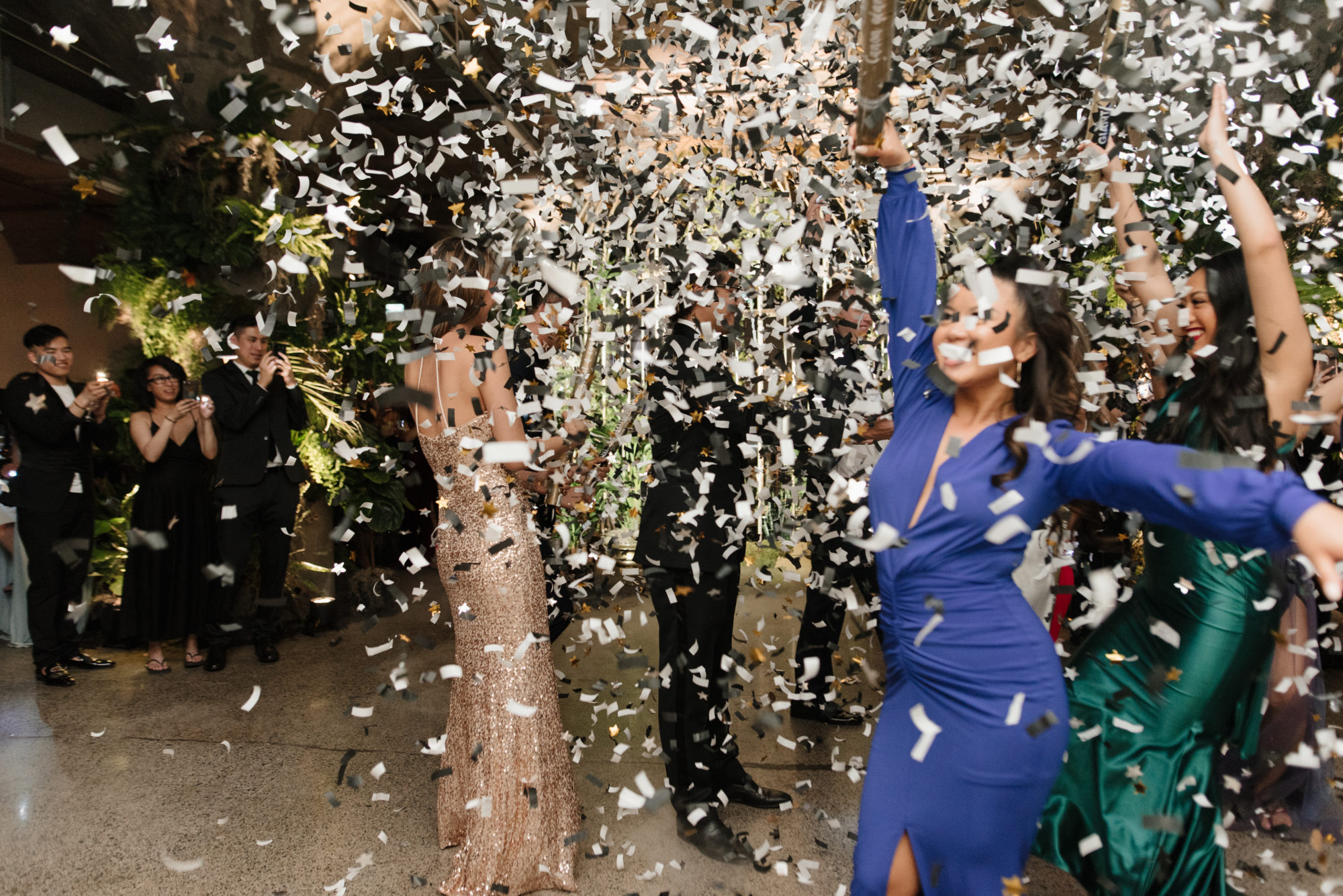 The dancers changed into fairy ensembles and put on a mesmerizing performance: 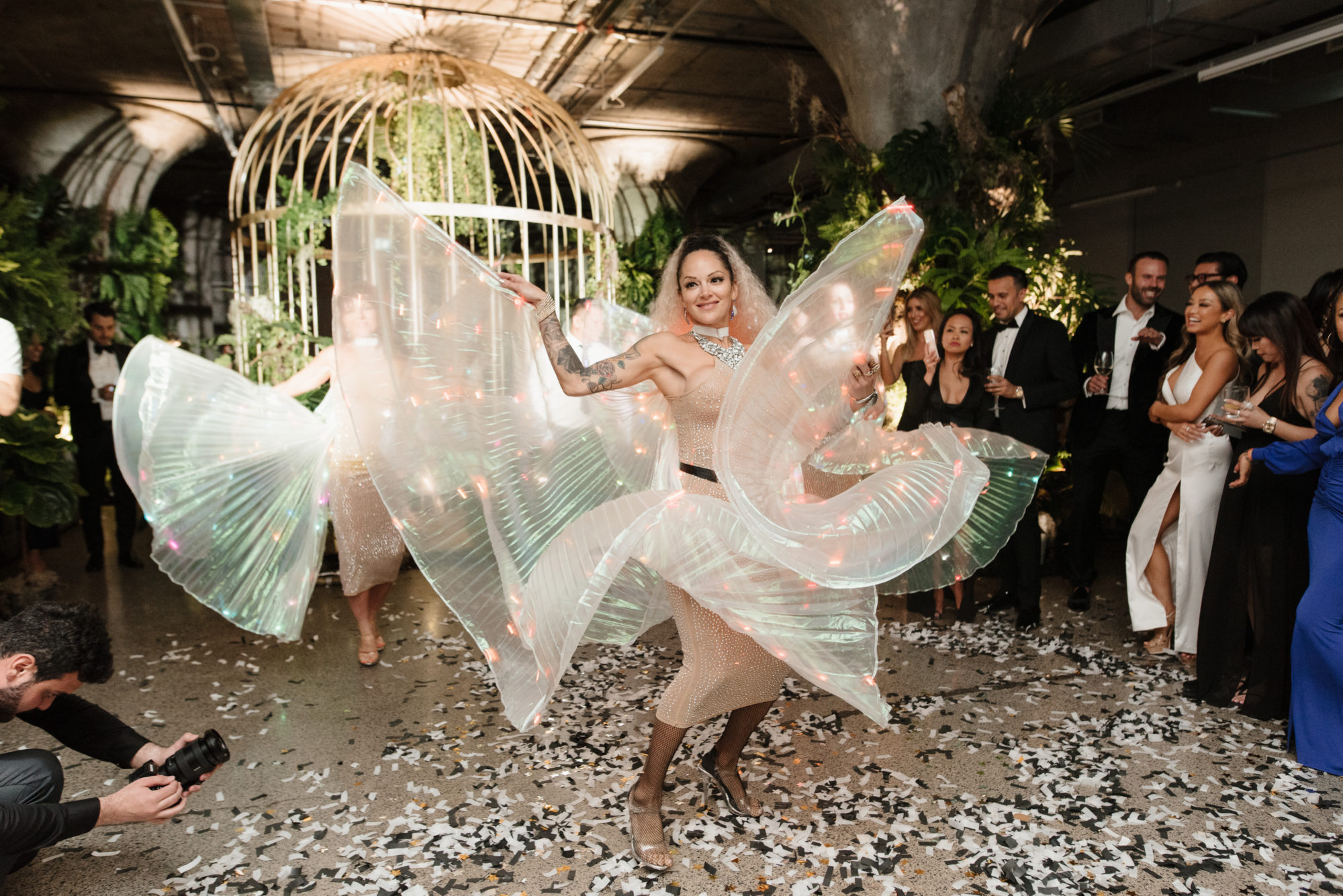 Their wings lit up: 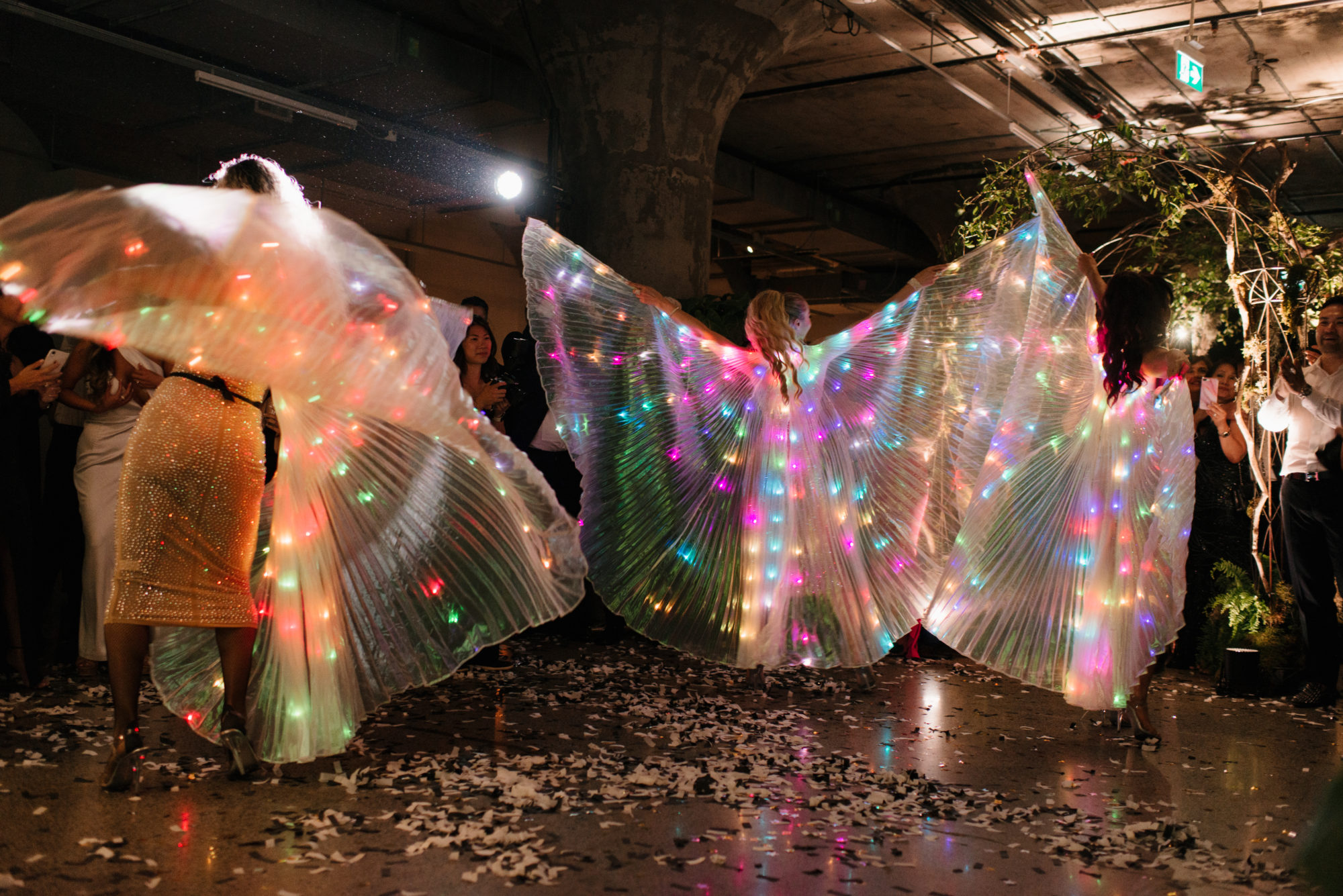 They also had a DJ on hand, who played tunes until the early morning: 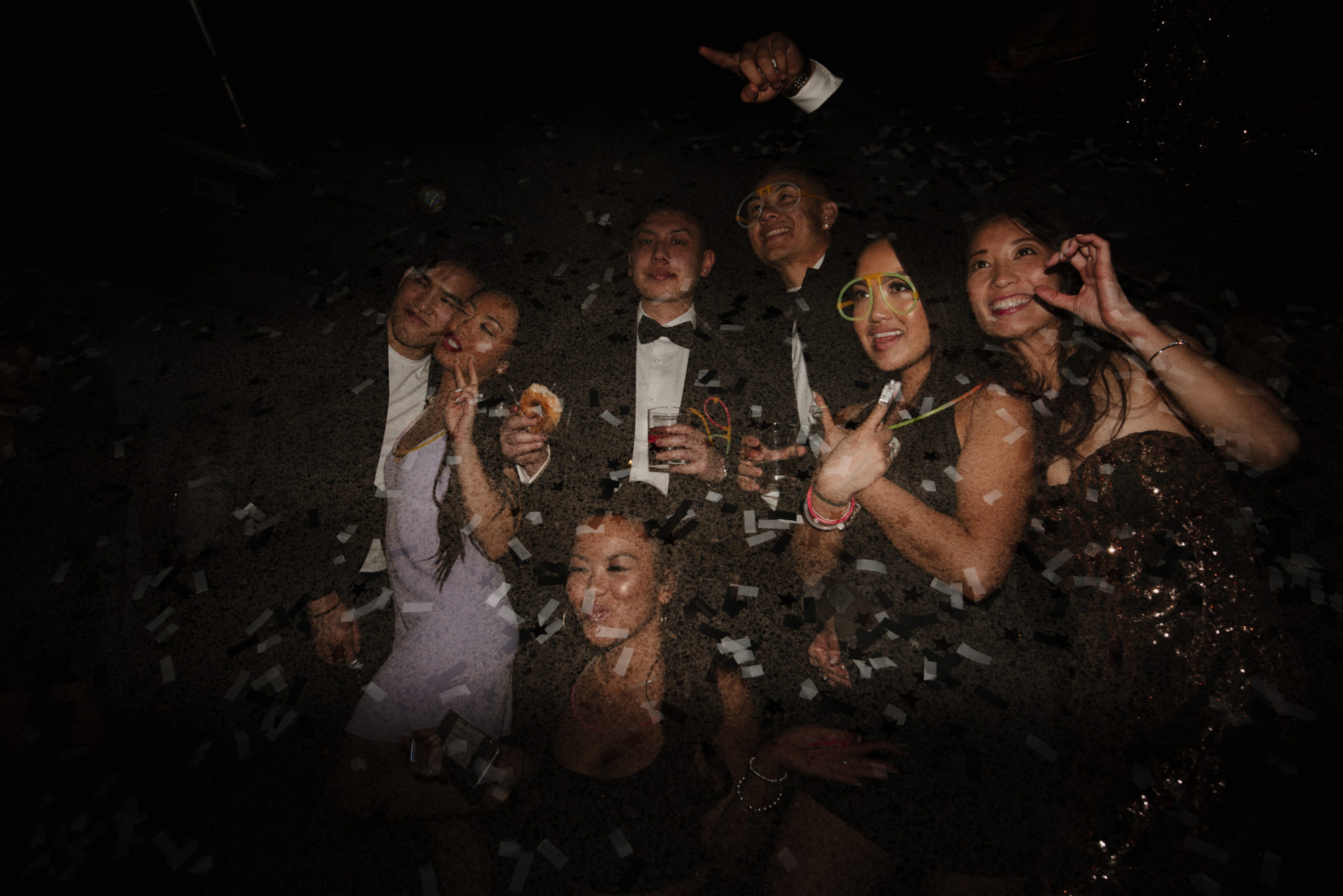 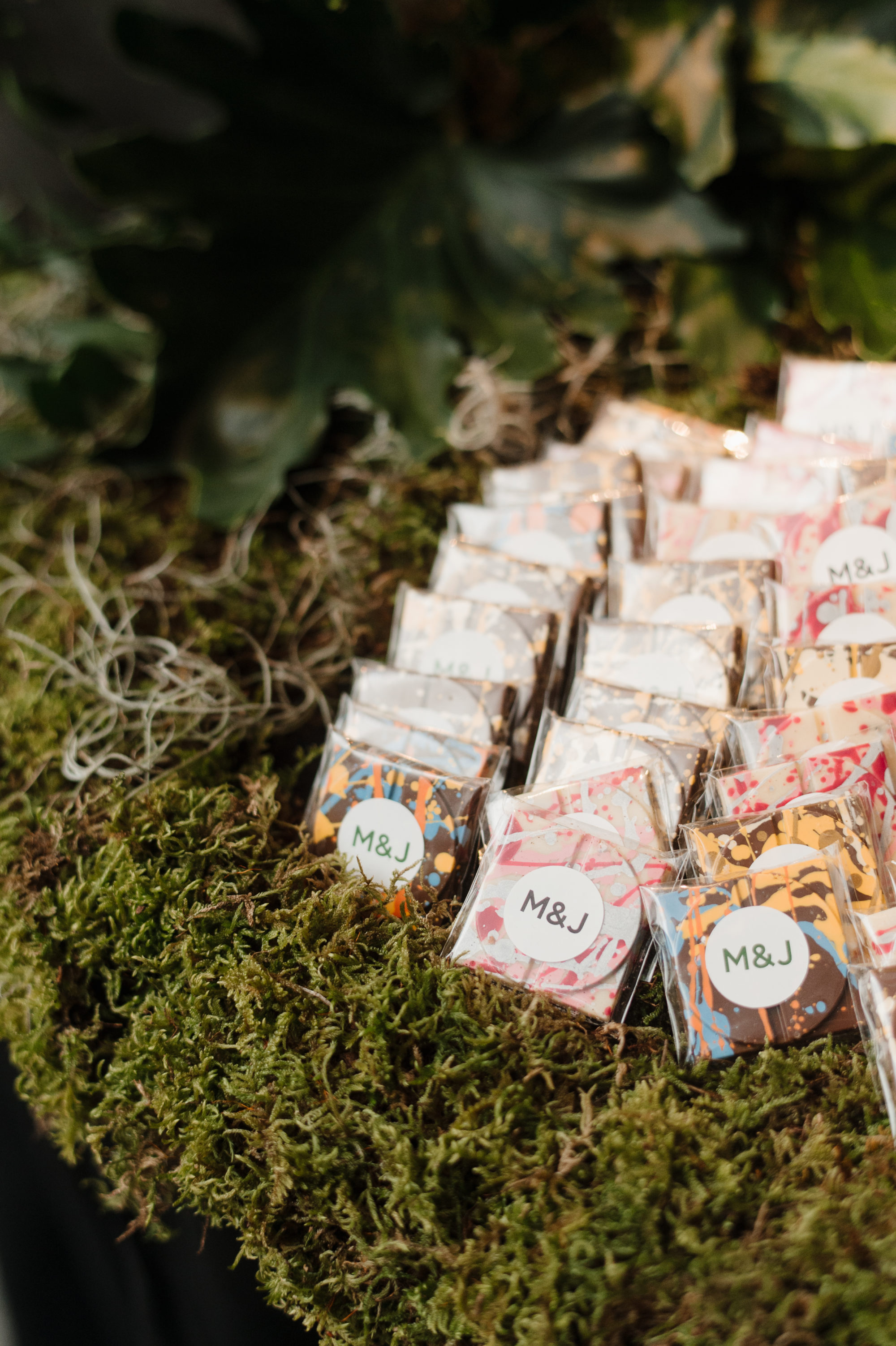