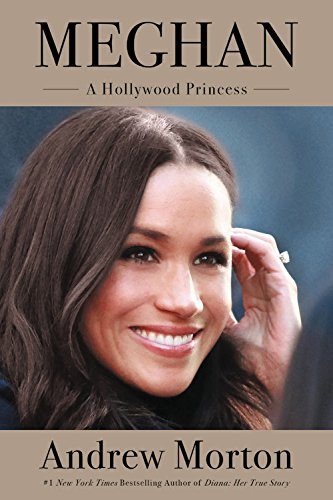 The move to Toronto was the beginning of the end for her first marriage (and man, does girlfriend love her Vitamix)

When Markle first nabbed her role on Suits, she didn’t know that the show would eventually shoot in Toronto (the pilot shot in NYC). When she did relocate to an apartment in Seaton Village, near Bloor and Bathurst, she did so without her then-fiancé Trevor Engelson (a producer whose credits include All About Steve and being Meghan Markle’s ex). The couple got married in Jamaica, but Morton says it wasn’t long before Engelson felt like an outsider when he would visit Markle in the Six. Per Morton: “A five-hundred-dollar Vitamix blender symbolized the growing divide. [Markle] insisted that her favourite kitchen appliance from their West Hollywood home come with her to Toronto, packing it into the back seat of her car, which was being moved by truck to Canada, even though it would have been just as easy to buy a new one. It sat on the kitchen counter in the Toronto house, a material reminder that her home was no longer in Los Angeles.” Not too long after, Markle allegedly called the whole thing off, returning her wedding rings by registered mail.

Her besties are Canadian royalty

Morton notes that one of the reasons Markle drifted away from her life in L.A. was the emergence of new Toronto pals, most notably local power duo Ben and Jessica Mulroney. Morton explains how, before jaunting off on a top-secret romantic African safari getaway with her new (royal) beau in August 2016, Markle spent two weeks eating, drinking, and sunning in Italy with Jessica, who was “one of only a handful of friends who knew the secret of her next destination.” When Harry started to visit Toronto, Ben and Jessica were part of a select crowd who would gather at Markle’s place for hush-hush BBQs, or hang out at Soho House Toronto. Jessica—a stylist and bridal consultant—has assumed a key role in royal wedding planning, including a trip to London last January to help her pal sort out the details. Morton doesn’t have anything to say about rumours that Jessica will be Meghan’s Matron of Honour (and that Jessica’s daughter Ivy will be a flower girl), but clearly she’s a significant power player in the royal fairy tale.

Before she started dating Harry, Markle was with Cory Vitiello, one of Toronto’s hottest chefs (in more ways than one). Morton explains how Markle was a regular at Vitiello’s now-defunct restaurant The Harbord Room, and how they started dating after she interviewed him for her now-defunct lifestyle blog The Tig. There are some details about a trip they took to Art Basel in December of 2015 (“dancing, cocktails, and luxurious beauty treatments”), but mostly the narrative around Meghan-hearts-Cory is about how both were extremely busy building their careers and neither was willing to sacrifice for the relationship. Morton says that it was “news that shocked none of their friends” when the couple decided to split in the Spring of 2016. The official story is that there was no overlap between the two beaus. Morton writes that Meghan sought a correction from Vanity Fair after the magazine indicated, in an otherwise flattering article about her, that she and Harry first met in May 2016. Huh.

Love and loss in the Six

Meghan and Harry famously made their world debut at the Invictus Games in Toronto, but that’s not their only happy memory of Hogtown. Morton explains how the lack of paparazzi here made it a pleasant place for the couple to spend time during their early courtship. The prince would come here and chill out, and the only evidence was an SUV full of plainclothes officers outside Markle’s home. During one of the prince’s Toronto visits, Morton writes that Markle surprised him by dressing her two dogs in Union Jack sweaters. During another, the couple actually went trick-or-treating together, with Harry in a mask. And they were here in Toronto when the public first learned of their romance: “When the story became public, Harry was staying with Meghan in Toronto. After he took a call from Jason Knauf [his press secretary] to tell him their cover had been blown, he and Meghan poured themselves a glass of wine and toasted each other. But the celebration came with a sober warning, Harry telling Meghan: ‘Our lives will never be the same again.'”

The Queen has seen Suits…sort of

Markle’s character, Rachel Zane, has engaged in more than a couple instances of on-screen randyness, including one particularly steamy file room encounter. Which is all good and fine for regular viewing audiences, but not for a certain elderly royal. Which is why, according to Morton, Prince Harry created a special, edited edition of Suits for The Queen and Prince Philip. Morton claims that after viewing the show, “the monarch was impressed enough to waive her long-standing rules that only royal family gather at Sandringham for Christmas.” Which seems a little far-fetched, but hey, Suits is a really good show.