When Leah Denbok was 12 years old, she saved enough money to buy a DSLR camera. She idolized Lee Jeffries, a British photographer who shot portraits of homeless people in London, so her father, Tim, suggested she do a similar series in Toronto. Now 17, Leah and her dad have travelled from their home in Cambridge to Toronto, New York and other cities in Ontario, capturing stunning, humanizing portraits of people living on the street. They also interview the subjects, asking about their backstories and their hopes for the future. Those images and words appear in her new book, Nowhere to Call Home. We asked her to share some of her stories. 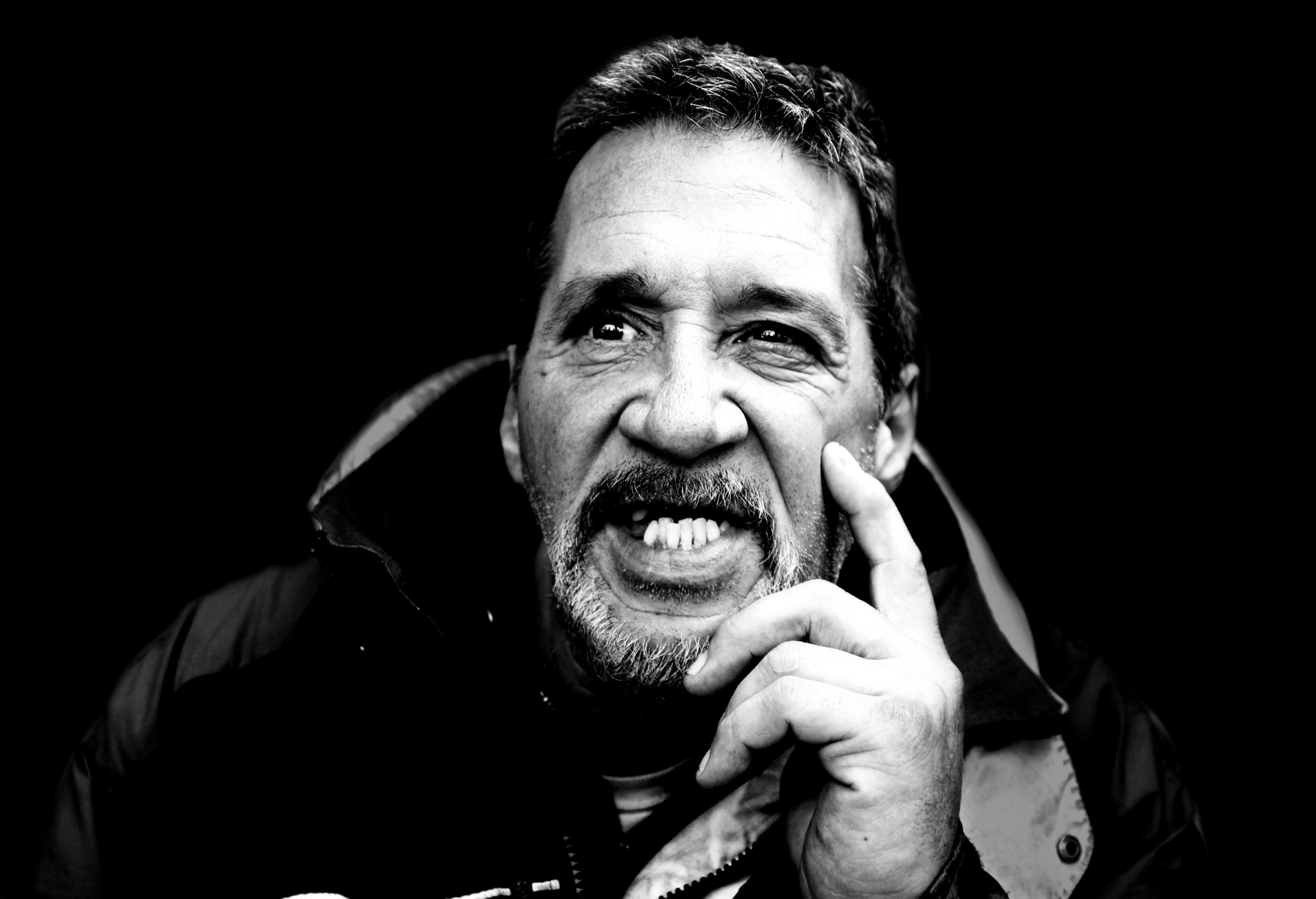 Leah and her father came across Ronny panhandling at the corner of Yonge and Dundas. Ronny began living on the street when his six-year-old daughter died from cancer. Next, his wife took her own life. Ronny needed to numb his pain, so he turned to drugs and alcohol—expensive habits that left him broke and homeless. He beat his drug addiction but had no place to go. Now, he sits on the corner amidst “people who make [him] feel like nothing.” He explained that some, like the nearby security guard who often brings him lunch, are kind-hearted, but most treat him like a thing, rather than a person. 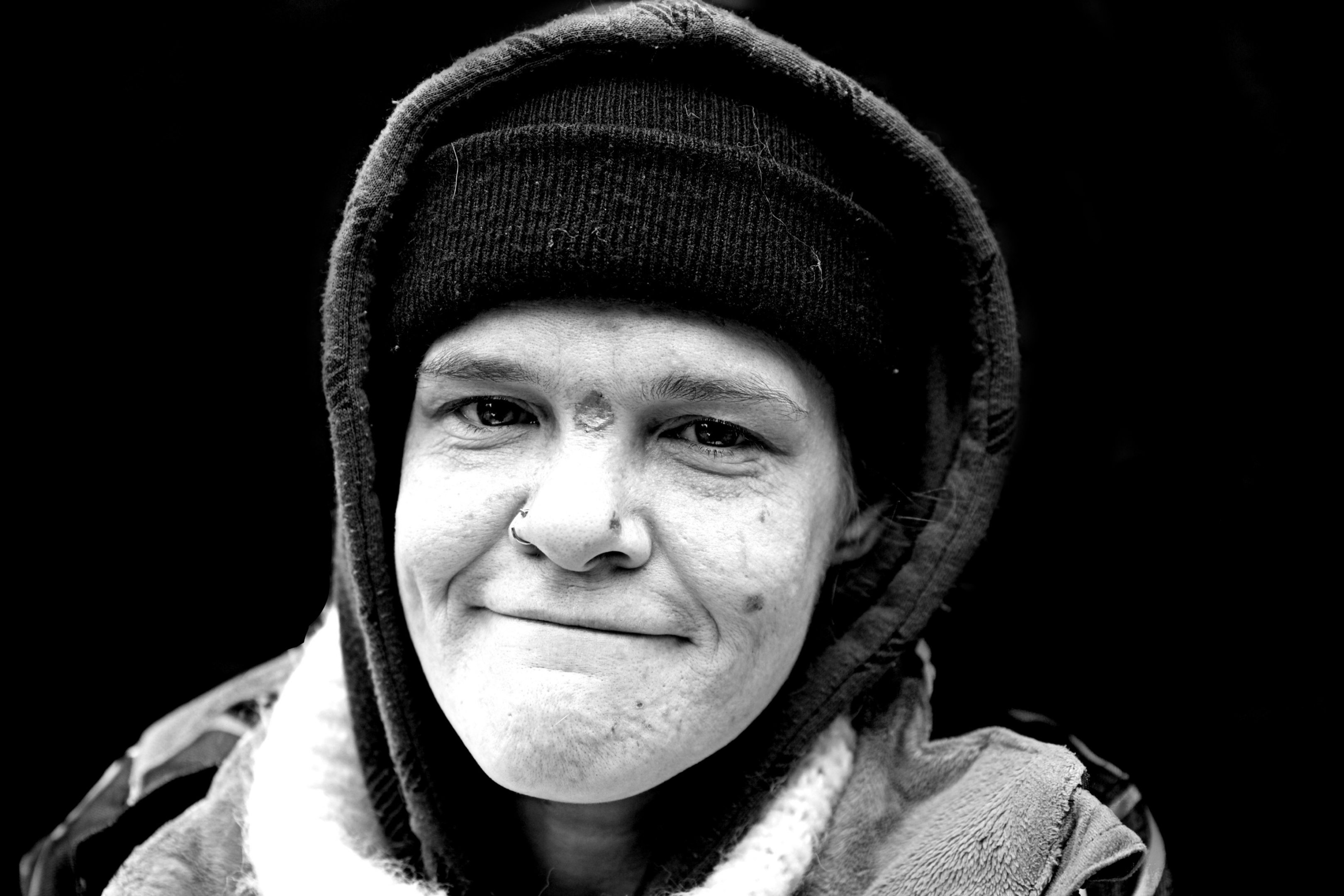 Heather is an optimist: she hopes she will find a job and home, despite living on street corners for the better part of 16 years. Leah met her at the Eaton Centre on a busy shopping day in December. She wore only a hoodie and blanket to keep warm, but had a smile on her face and told passersby to have a happy holiday. Leah asked her not to smile for the camera but she did anyway. “Smiling is obviously second nature to her,” she says. 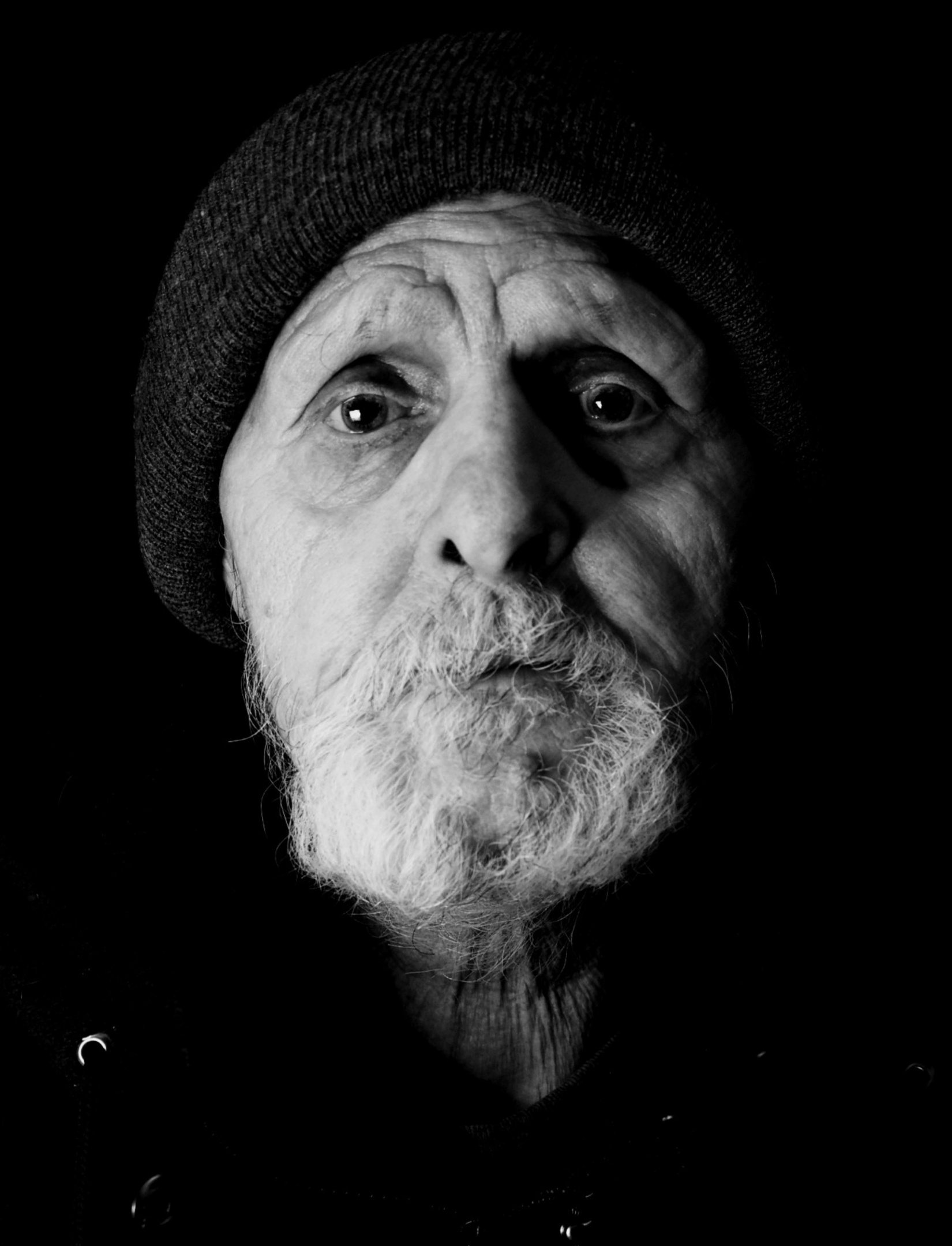 Don has a plan. He wants to open a store in Newmarket. There will be jokes and novelty gifts on one side, T-shirts on the other, coffee and tea but no pastries, and a coin-operated pool table for the kids who visit the store. He hopes his youngest daughter, whom he hasn’t seen for more than 20 years, will come into the store one day. For now, he lives at the Barrie Bayside Mission Centre. He laughed and joked with Leah the whole time she photographed him. When Tim asked what makes him happy, he said “Everything.” 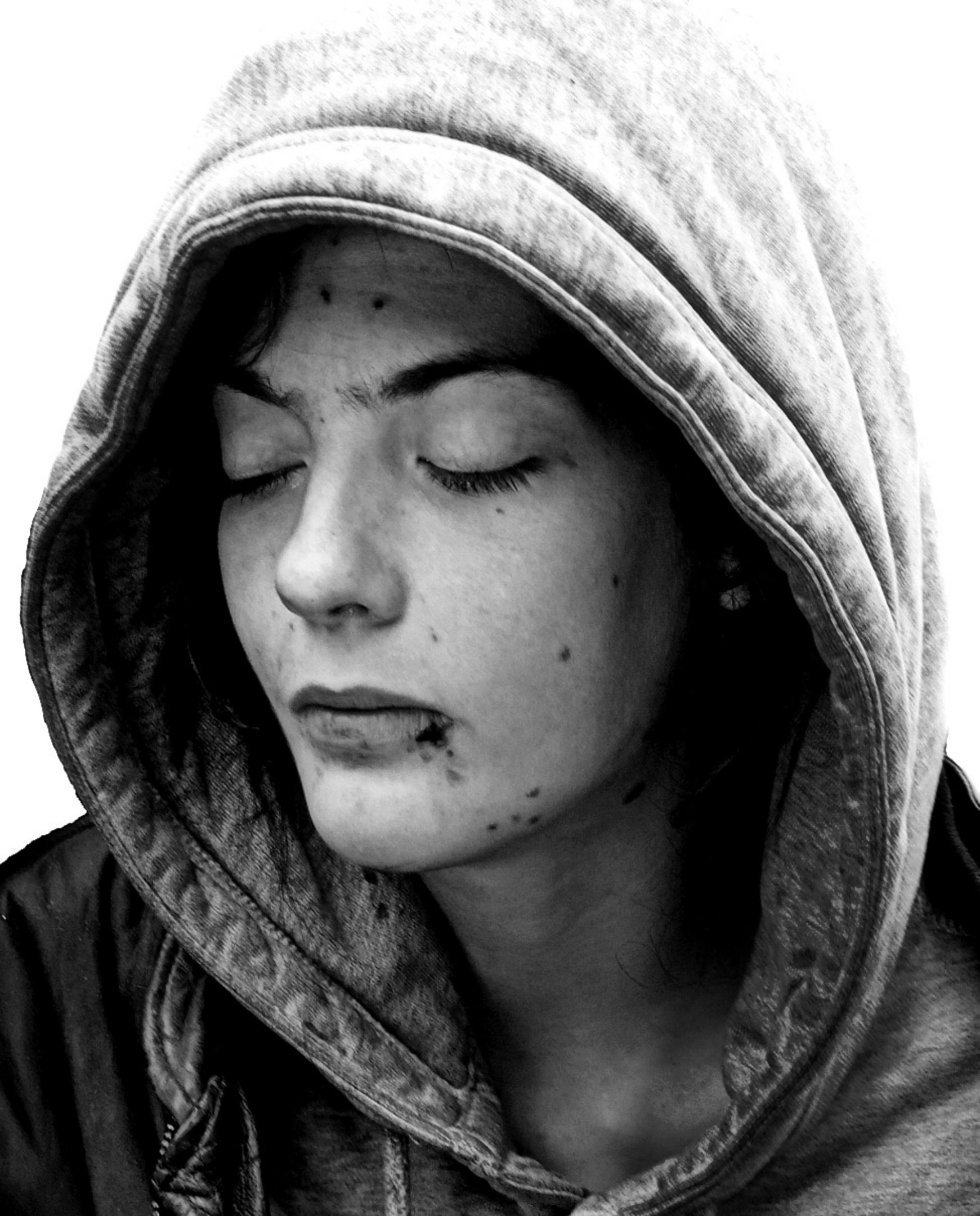 Leah begins her book with this portrait, one of her favourites. She says it’s always harder to see people on the street when they are closer to her age, and Lucy looked to be in her early 20s. “Lucy had big dreams,” she says. When Leah and Tim first photographed Lucy, she was about to move into transitional housing. But when they ran into her again while out taking photos, she told them she never got the spot and ended up sleeping on a cardboard box with her boyfriend, Rhylie (below) near Yonge and Dundas. She looked much worse. “My dad said she might not last long,” Leah says. When she posted Lucy’s photo online, someone commented, “Tragic beauty.” 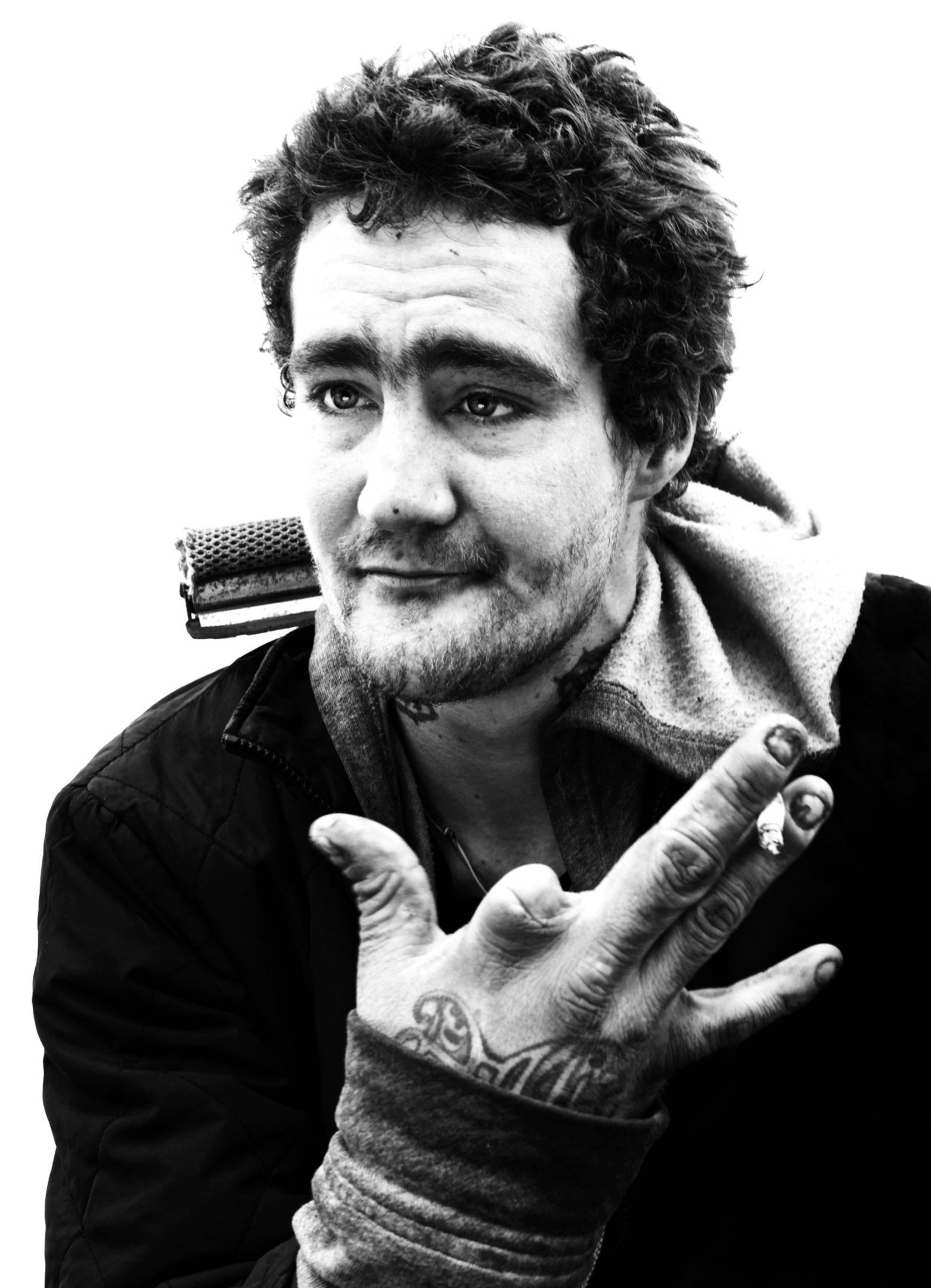 Rhylie is thankful for his missing index finger—it saved his life. When he overdosed on fentanyl, he had a candle between his fingers, and it was the pain of the burn that woke him up. It had to be amputated because of fourth-degree burns, but he was alive. He commemorated the experience with a tattoo that says “Life and Death” on the same hand, designed in part by Lucy. They met when Rhylie helped defend Lucy from an abusive ex—a year later, they became a couple. Rhylie makes money washing car windows in Toronto. When Leah posted this photo, someone commented that Rhylie had washed his car windows just a few hours earlier. 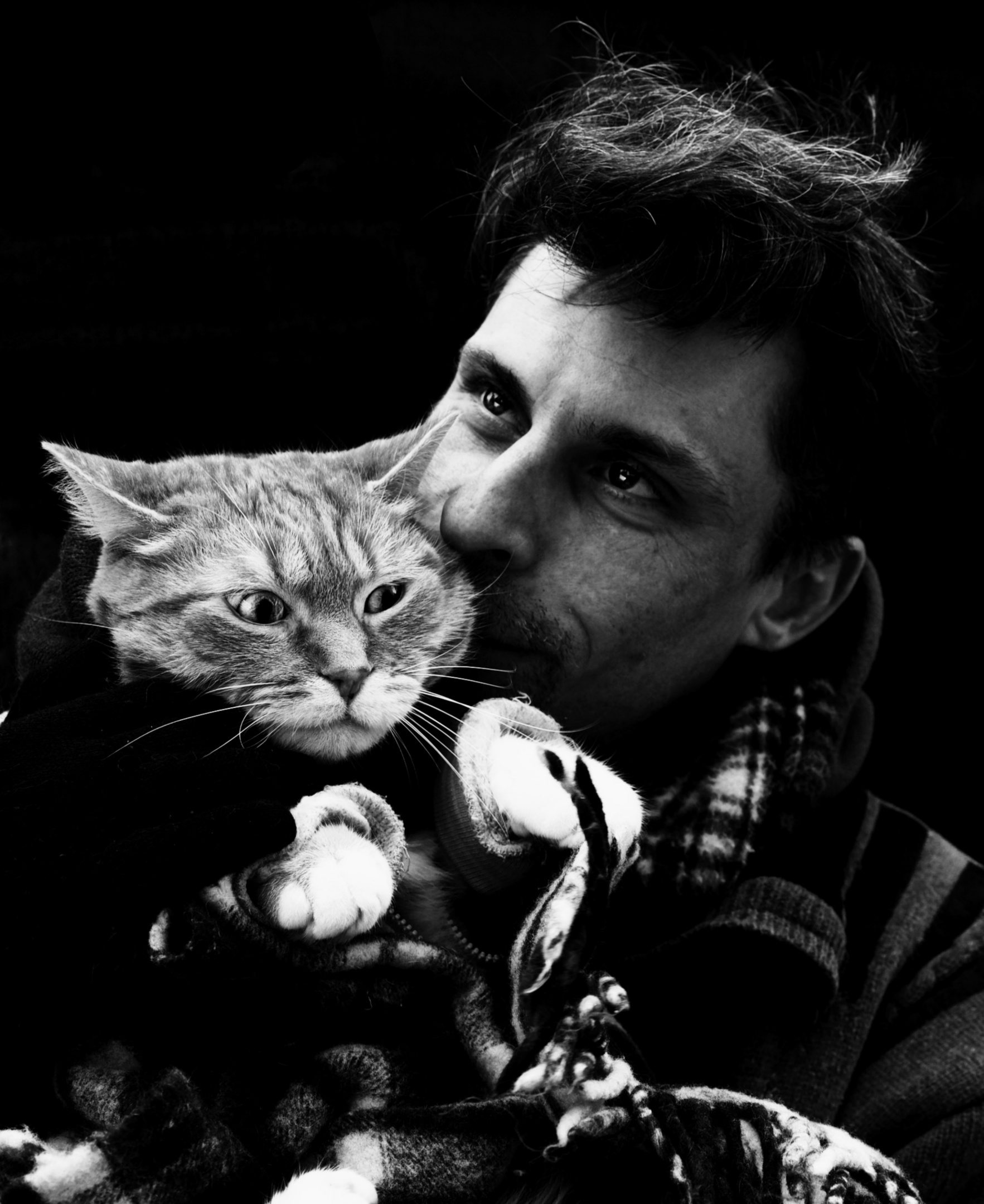 Leah captures the bond between homeless people and their pets a few times in her book. Leslie found his cat, McLovin, in a boarded-up rooming house on St. Clair West five years before this photo was taken. “It was Halloween,” Leslie says. “So he’s my little Scorpio.” Leslie, a former alcoholic who has cleaned himself up, told Leah he was working on getting his own apartment—he had at least a month’s worth of rent. Until then, he split his time between a friend’s place and Seaton House. Eventually, he wants to move to British Columbia for the milder temperatures. Tim asked Leslie if he was looking forward to the warmer weather in the spring. “Yes, this is the season where we change our whole lives.” 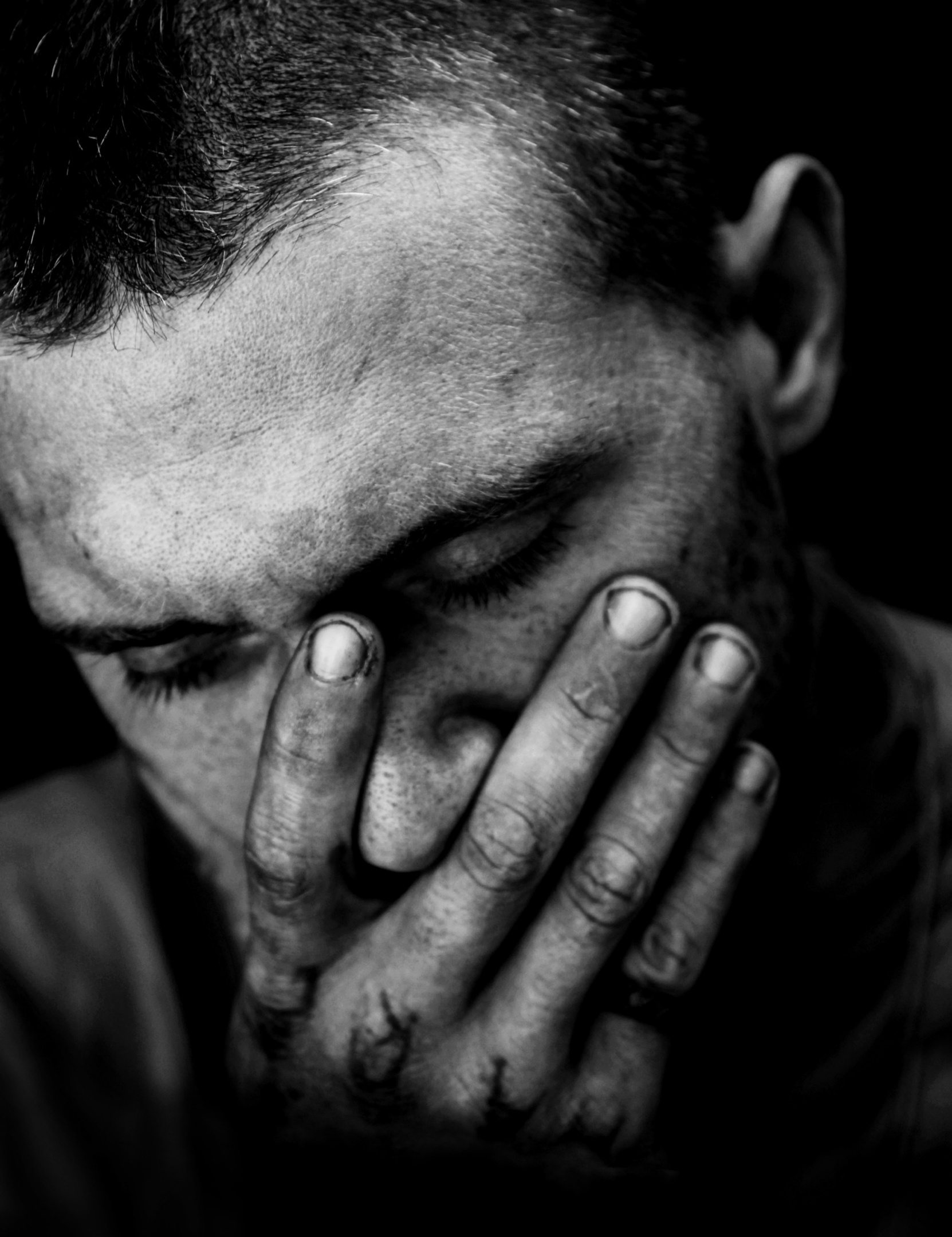 When Tim asked Peter, a New Yorker, if Leah could photograph him, he responded with a slight nod of his head. For five minutes, while she was shooting, he stayed completely still. He was “like Auguste Rodin’s sculpture The Thinker,” she says. 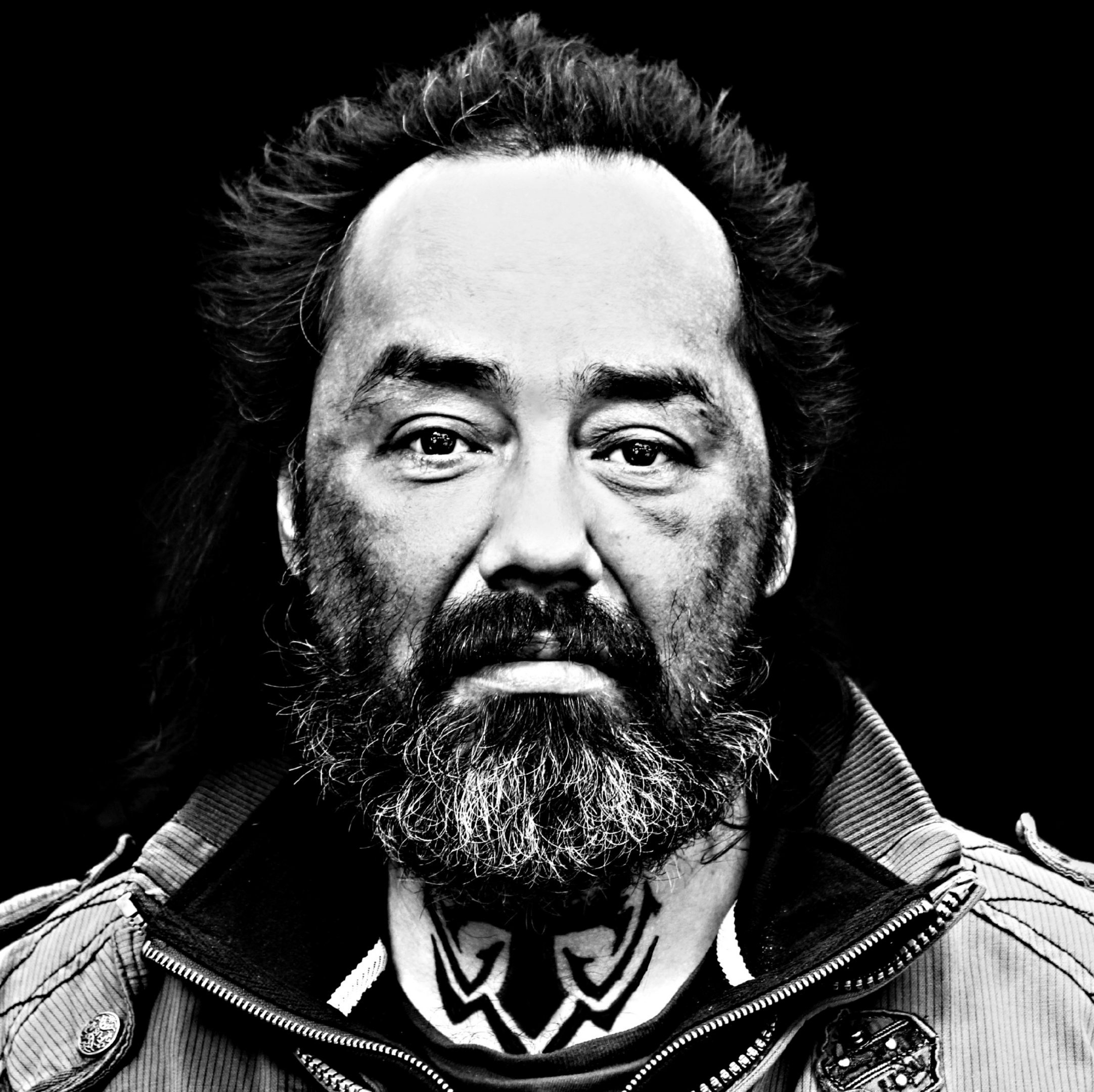 Leah and her father met a group of Indigenous people outside the now-closed World’s Biggest Bookstore on Edward Street. One of them, Pat, was friendly and co-operative with Leah as she took his portrait. “Like many homeless individuals, Pat carried himself with a sense of dignity,” she says. 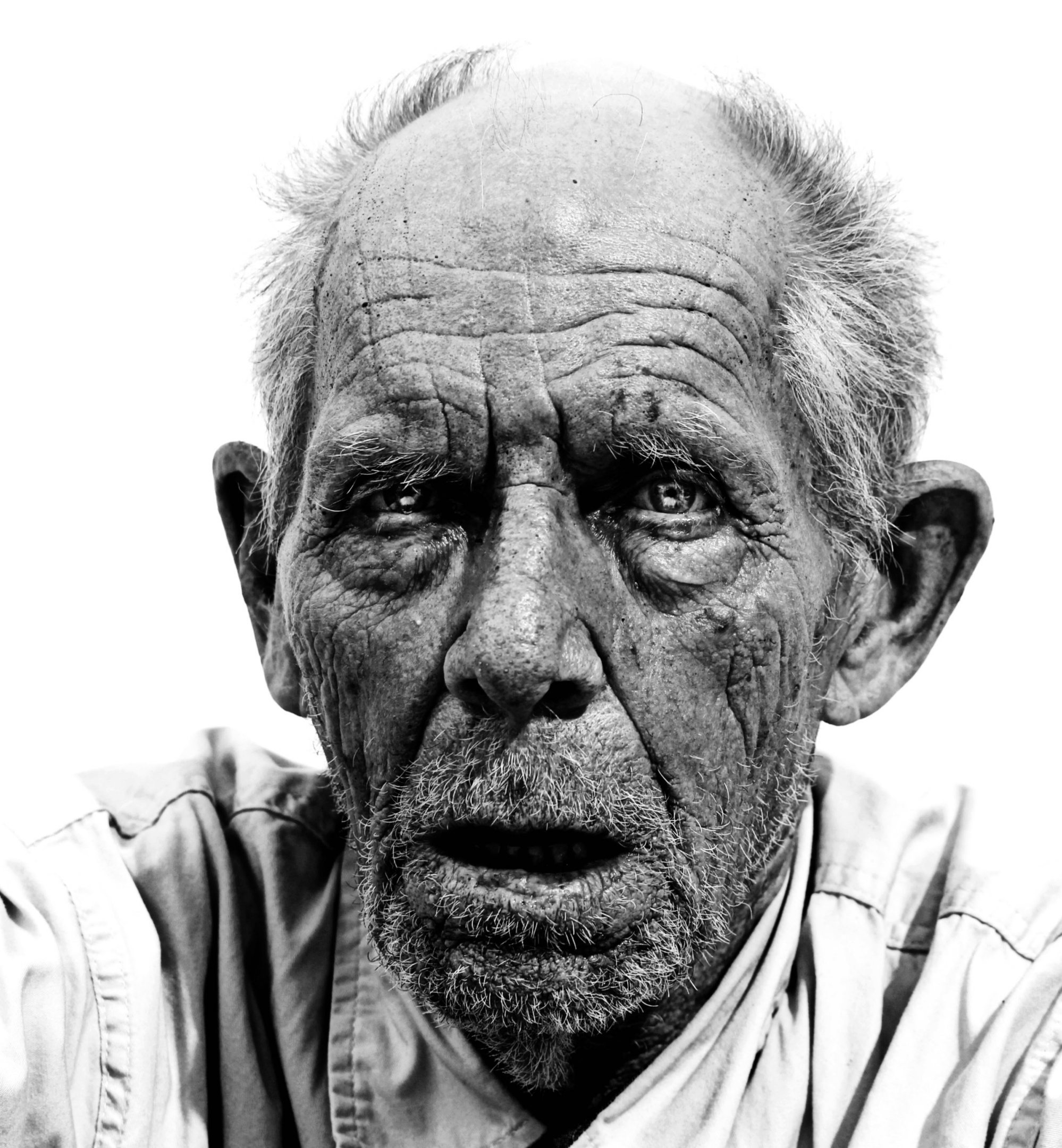 Leah found Bill sitting outside the Eaton Centre, his back up against a massive, lit sign. He nodded to her questions but didn’t say a single word throughout the shoot.