What: The headquarters for WE Charity, ME to WE and WE Day
Where: A three-storey heritage building at Queen and Parliament
How big: 45,000 square feet for 250 people

It’s been over two decades since 12-year-old Craig Kielburger read an article about Iqbal Masih, a former child labourer who was murdered, and launched Free The Children with his brother Marc. The charity has evolved immensely since then, but copies of that clipping are still displayed around WE’s mammoth new space, a century-old building that used to house furniture retailer Marty Millionaire. For the last 10 years, WE’s volunteers and employees worked out of cramped houses on Carlton Street. Now, all three facets of the business (WE Charity, the socially conscious product line ME to WE and the annual celebration WE Day) are finally under the same roof, one that, in addition to a corporate headquarters, also serves as an educational hub, event venue and field trip destination.

WE bought the building two years ago and enlisted Karin Karak of K2 DesignWorks to help transform the crumbling turquoise structure into a sparkling, state-of-the art facility. Karak had already developed renderings for the building’s broker two years prior, so she was familiar with the space. WE provided general guidelines of what they wanted, but gave her lots of creative freedom. The result is a contemporary, high-tech hub that uses every opportunity to tell the story of the charity’s history, mission and values.

The entrance is organized so that groups of kids can easily wander around and learn about WE. “It’s bit like a museum,” says Karak. A map shows key moments in WE’s history, and an interactive screen displays highlights from events and information on upcoming international trips: 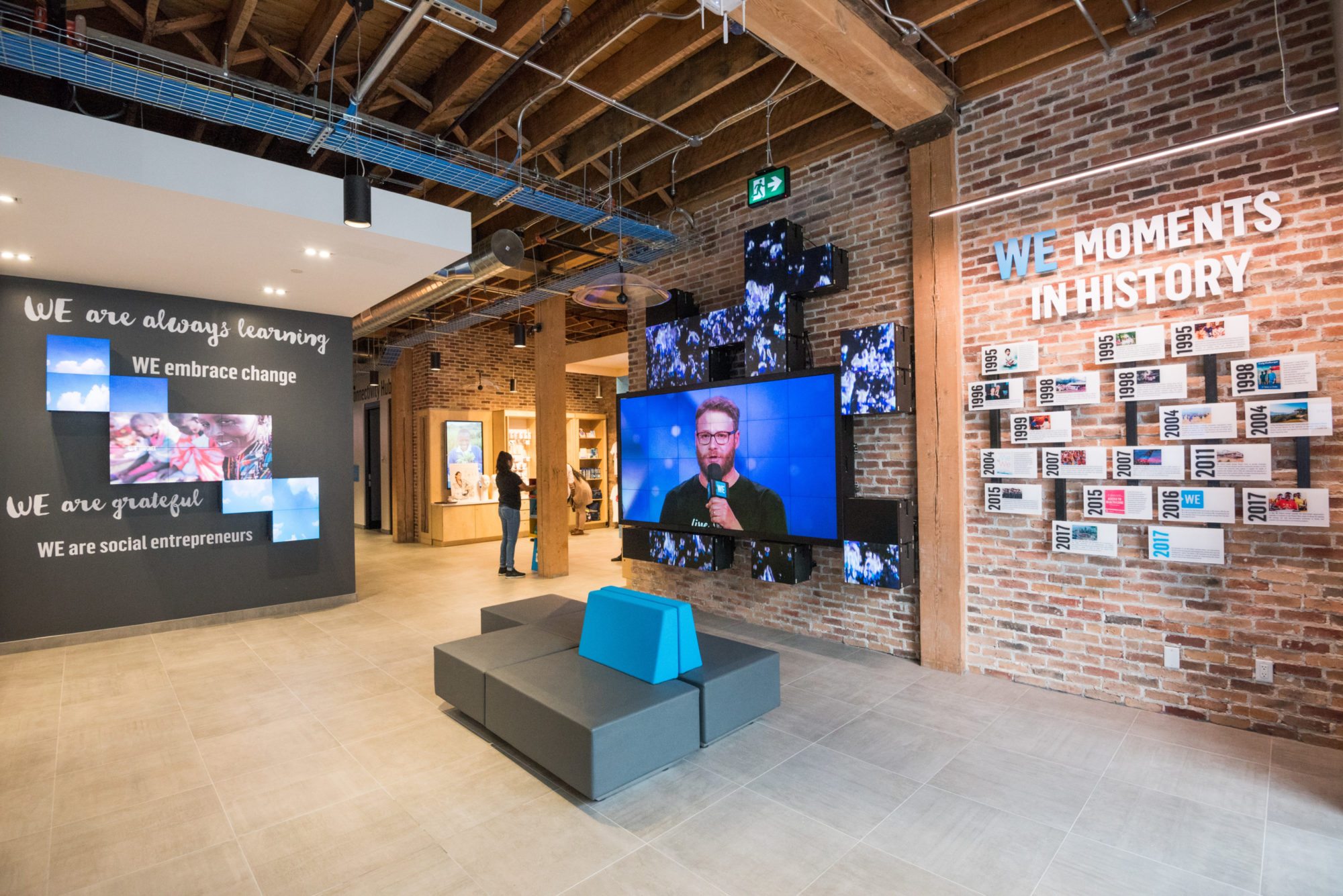 A mini boutique sells many of ME to WE’s jewellery and merch, including their popular Rafiki bracelets, which are handcrafted by women in Kenya: 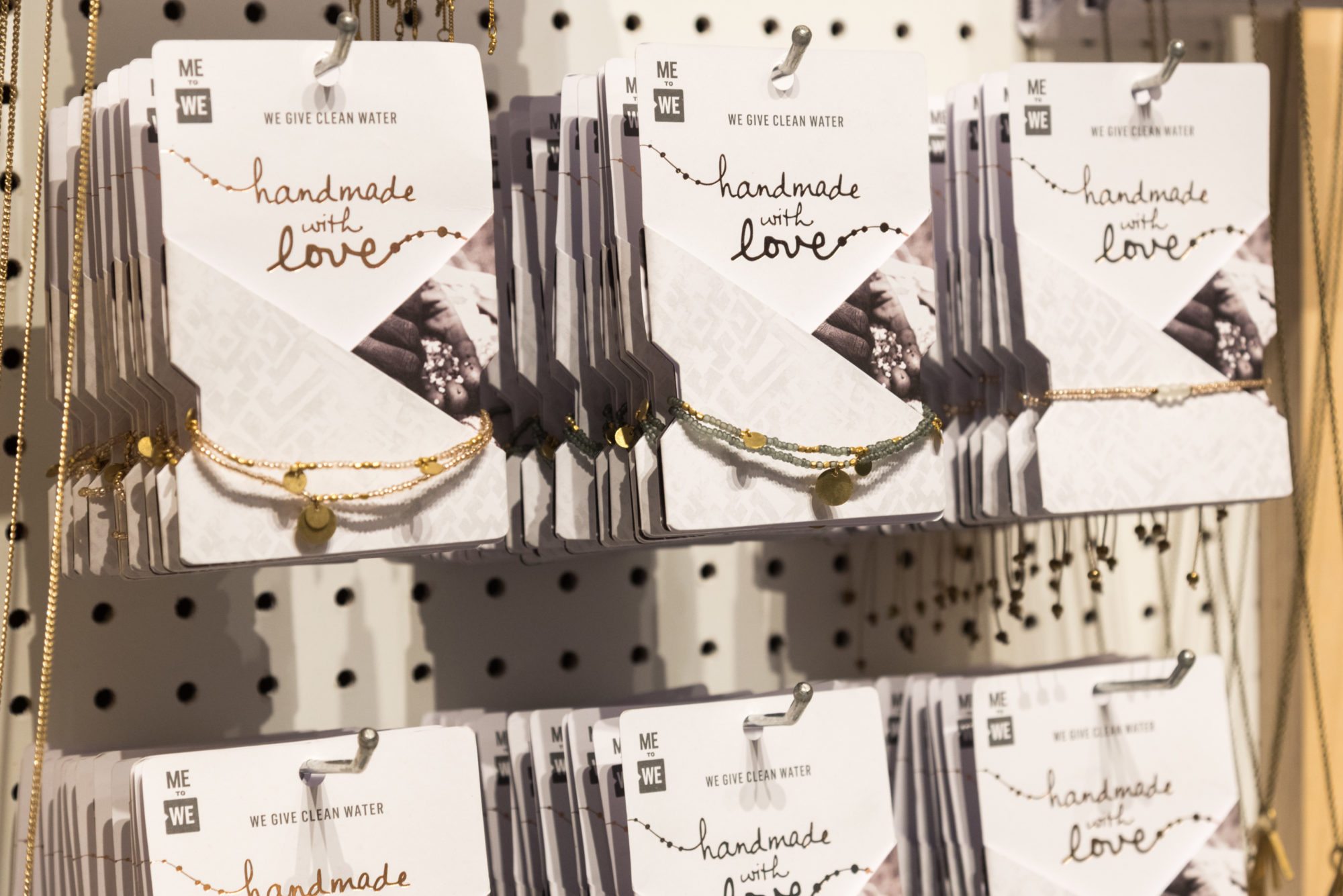 This sign near the entrance is made up entirely of the bracelets: 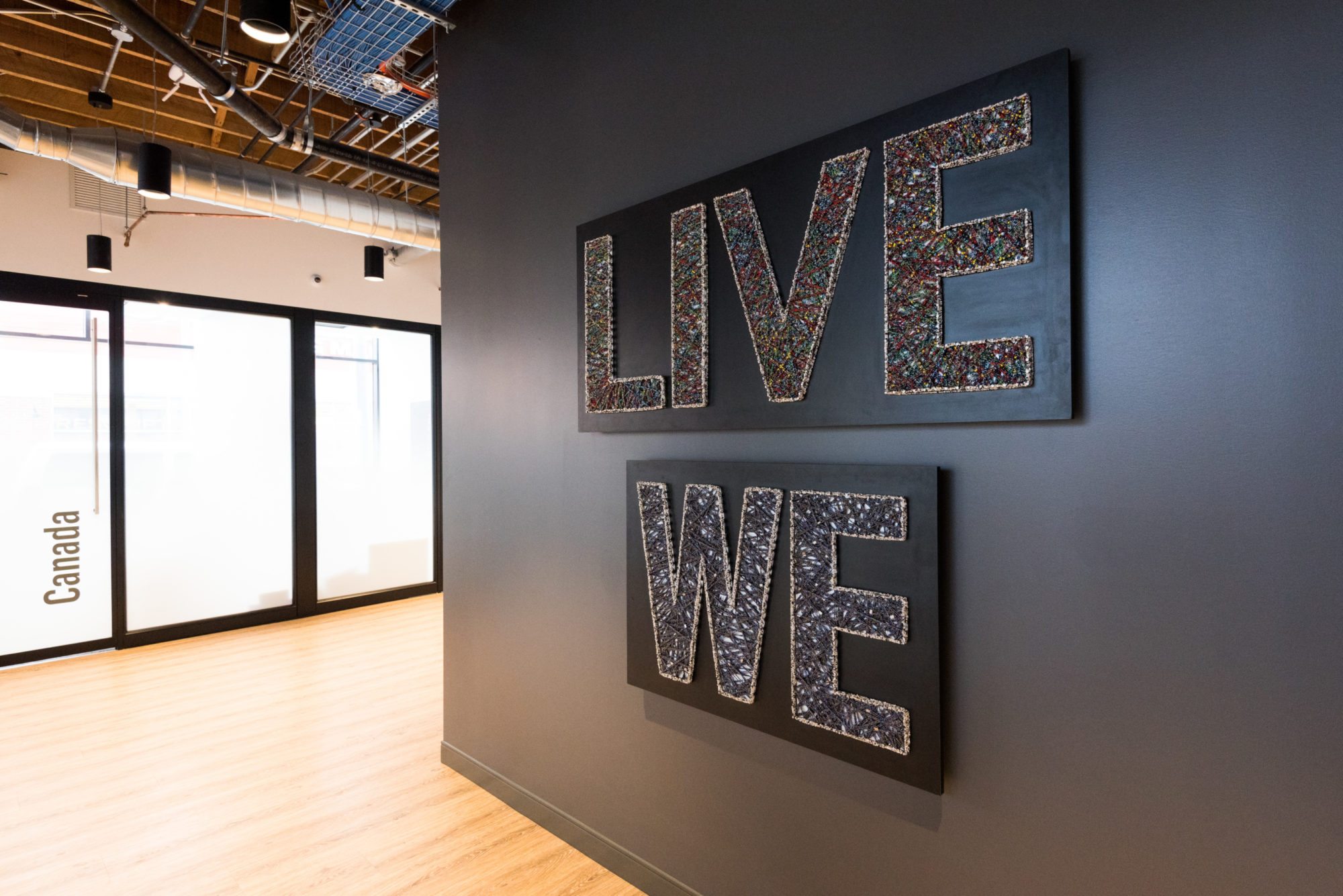 The place is plastered in photos and inspirational quotes. “We wanted to be able to tell the story for every stitch of the space,” says Karak. This one describes the “Incubation Centre”, which was donated by RBC and is a dedicated space for assisting young entrepreneurs: 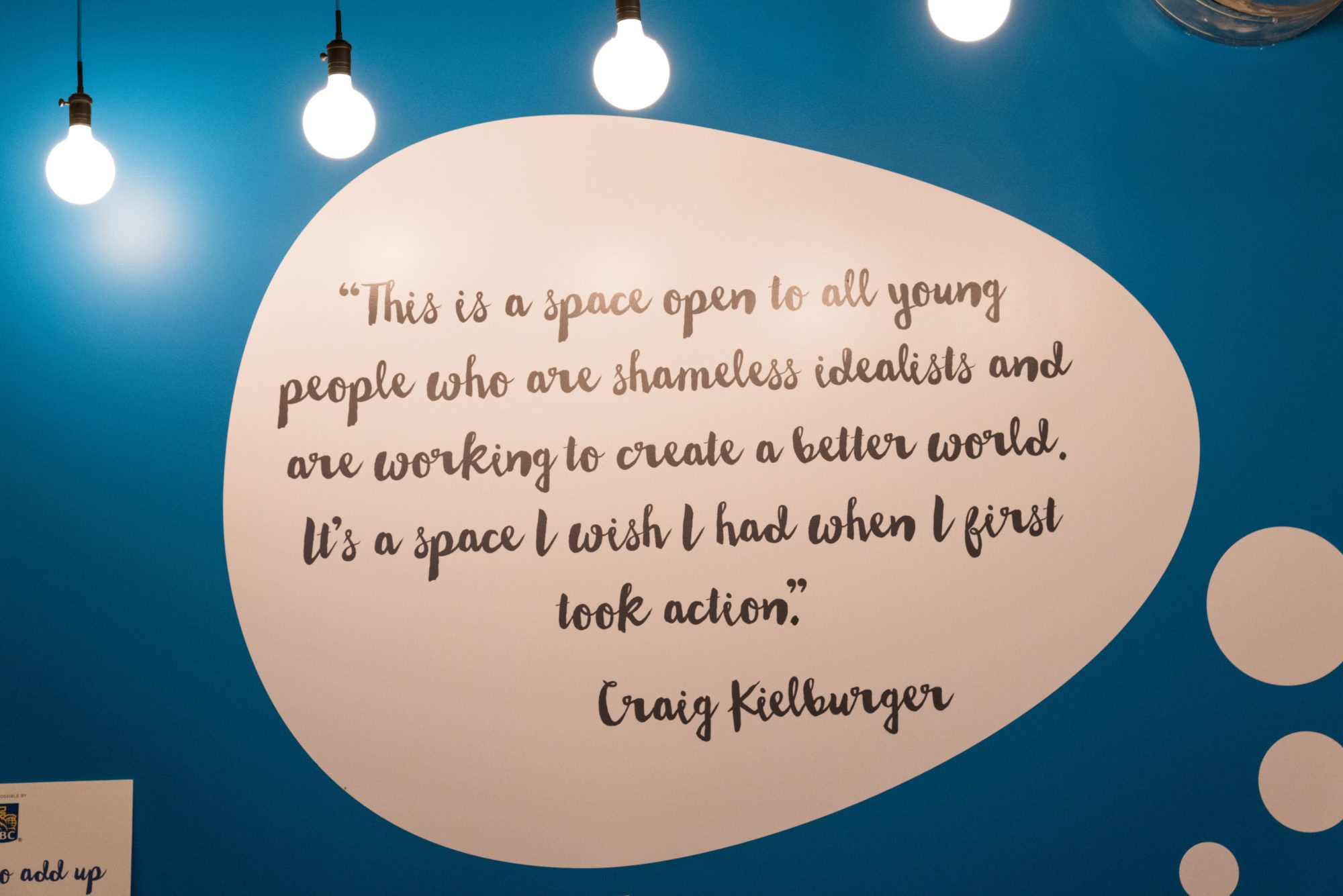 The “Connectivity Hub” consists of a trio of Skype pods, which make it super-simple to connect with teams all over the world: 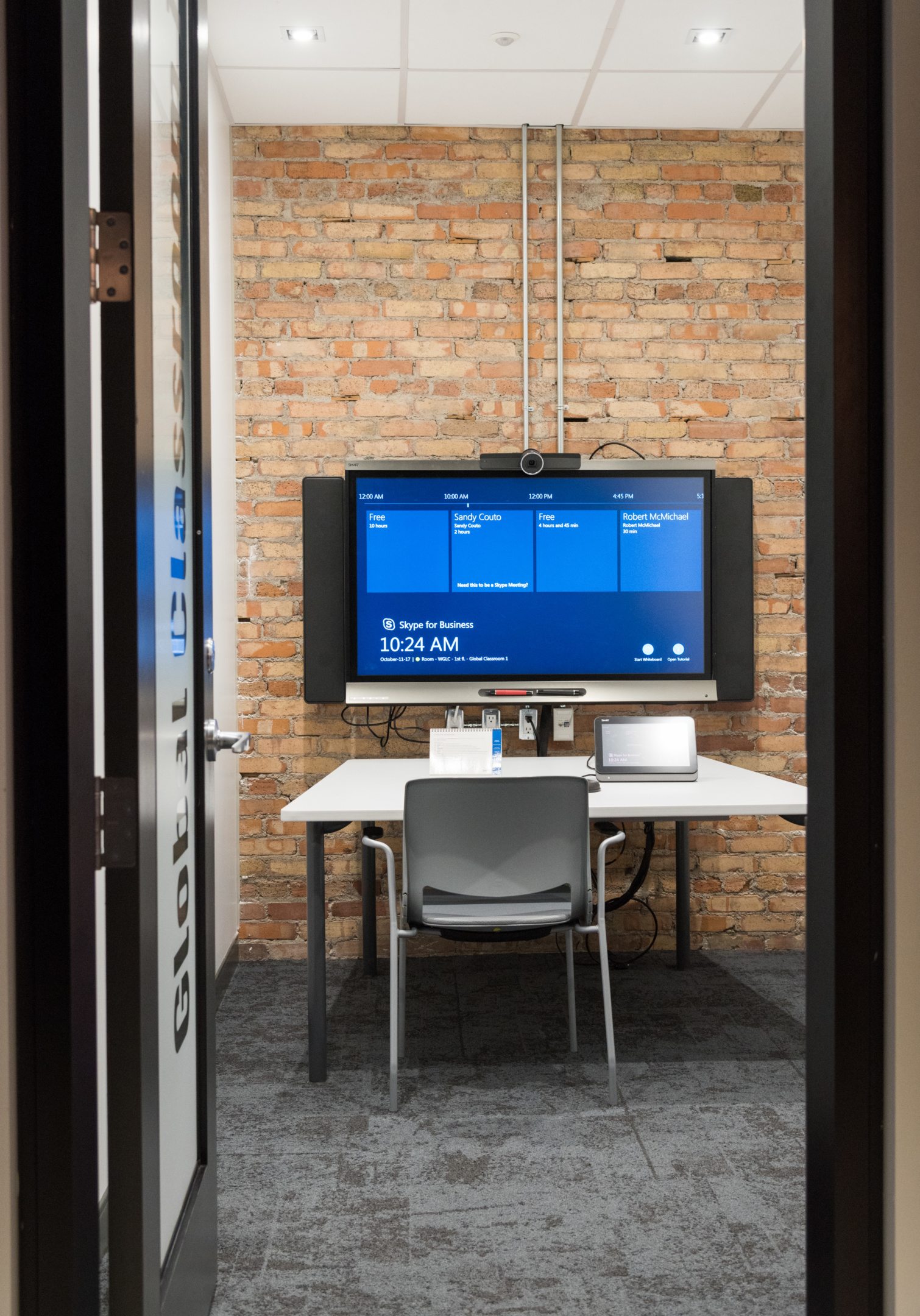 This wall is an homage to the children WE works with around the world: 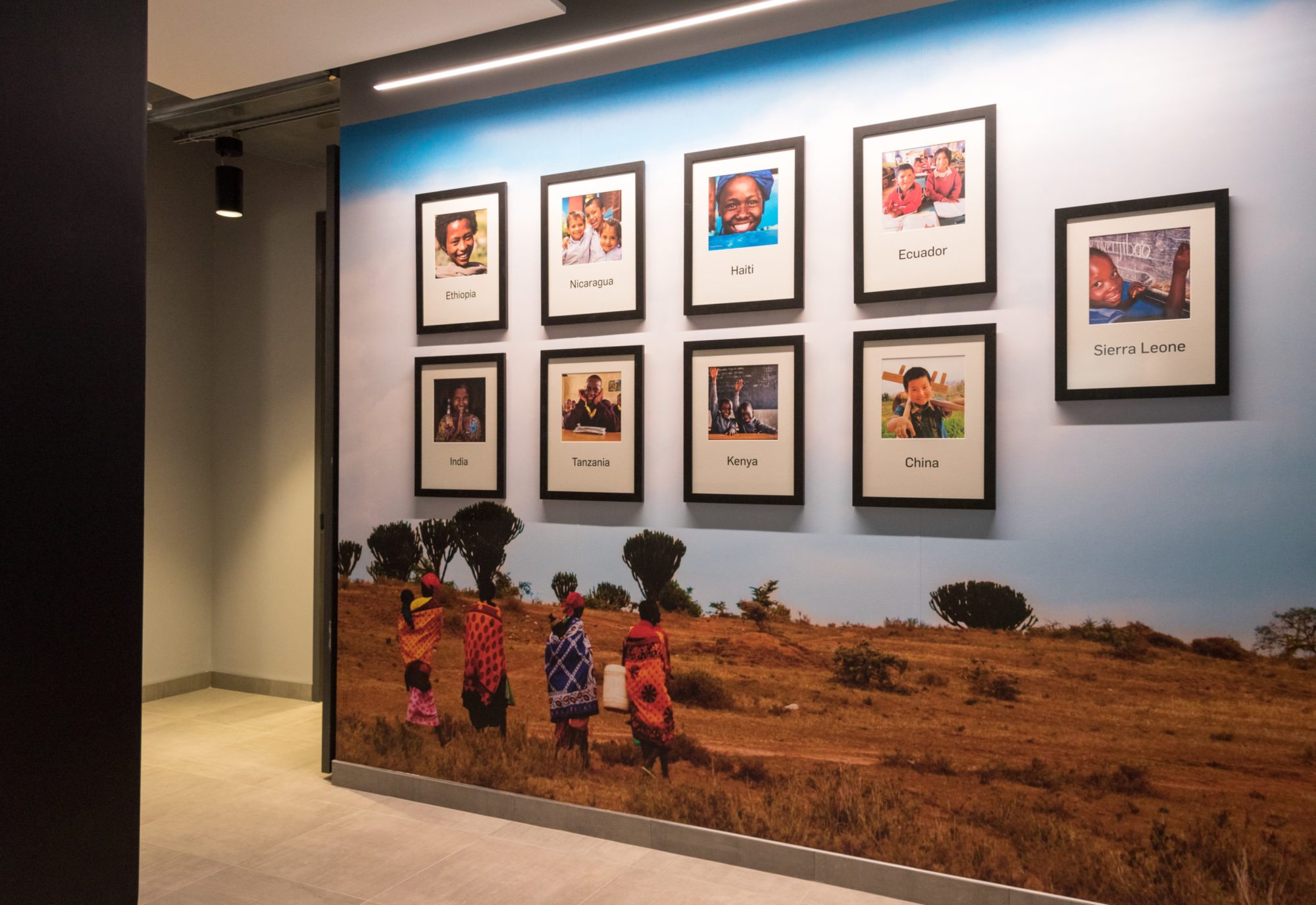 The Hartley T. Richardson “empatheatre” was named after the space’s largest donor and can fit 200 people: 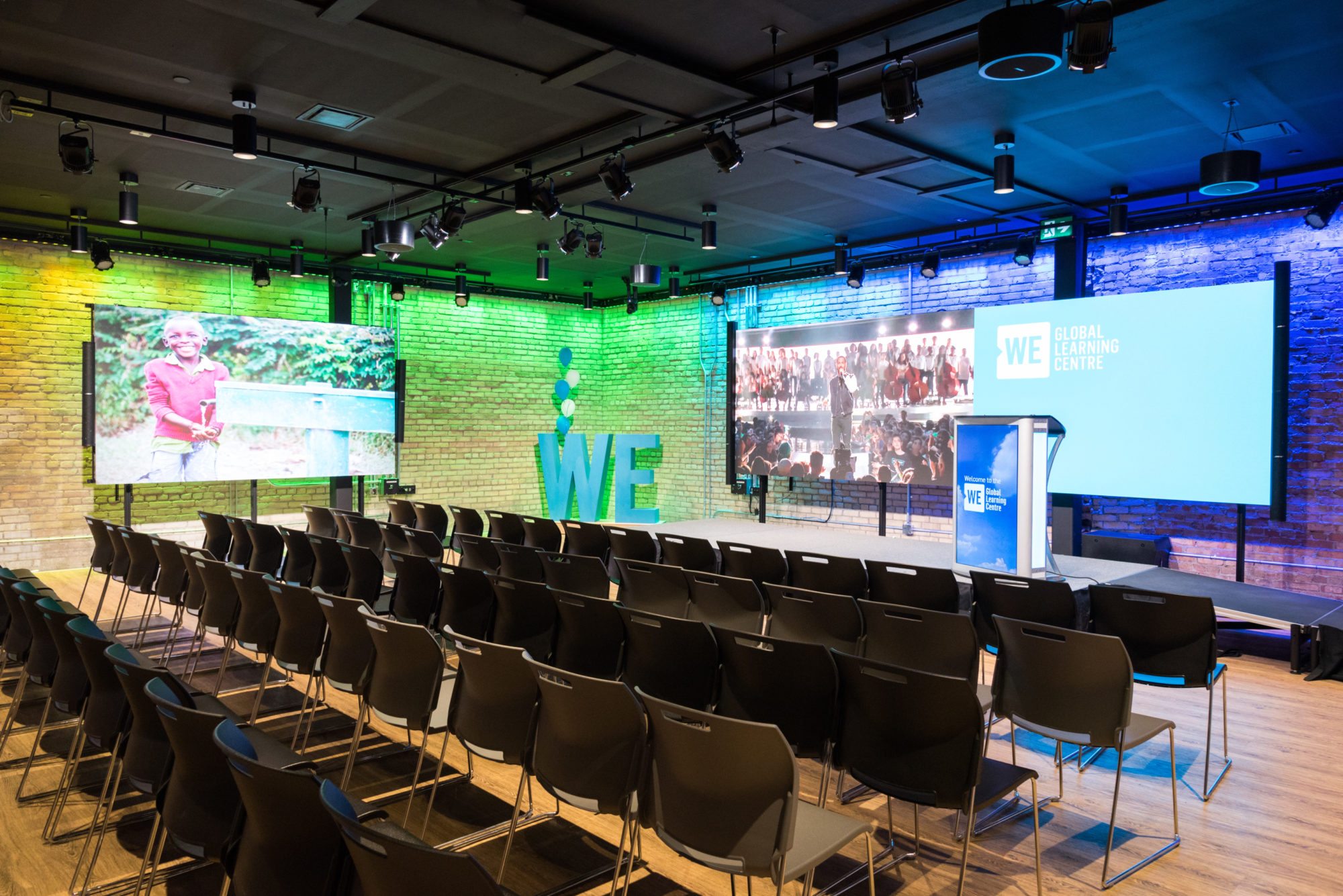 It’s used for presentations and workshops and can be divided into two digital classrooms, with state-of-the-art equipment that lets speakers deliver virtual experiences to schools anywhere in the world: 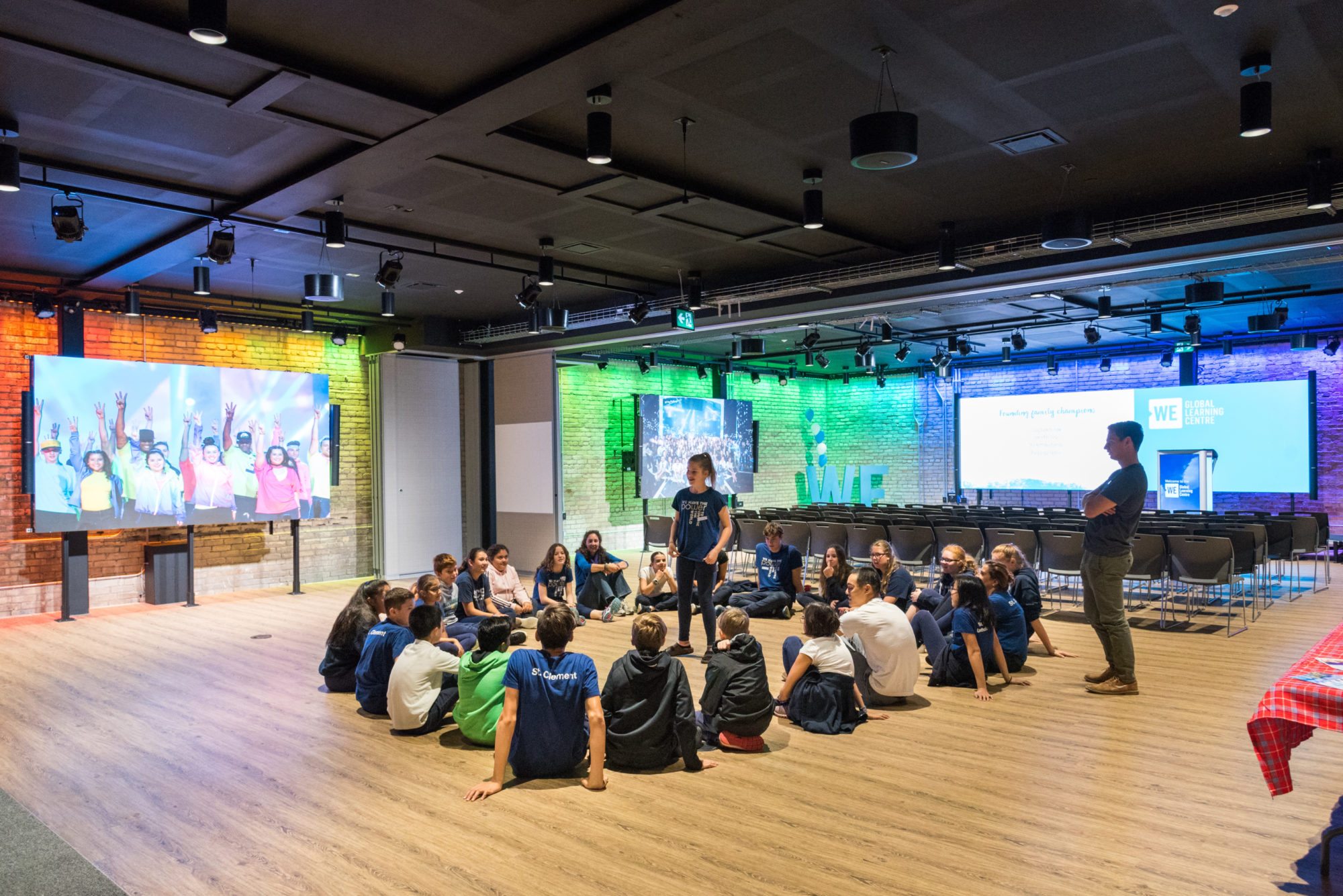 This conference room on the first floor is dedicated to Gord Downie and his advocacy for First Nations people: 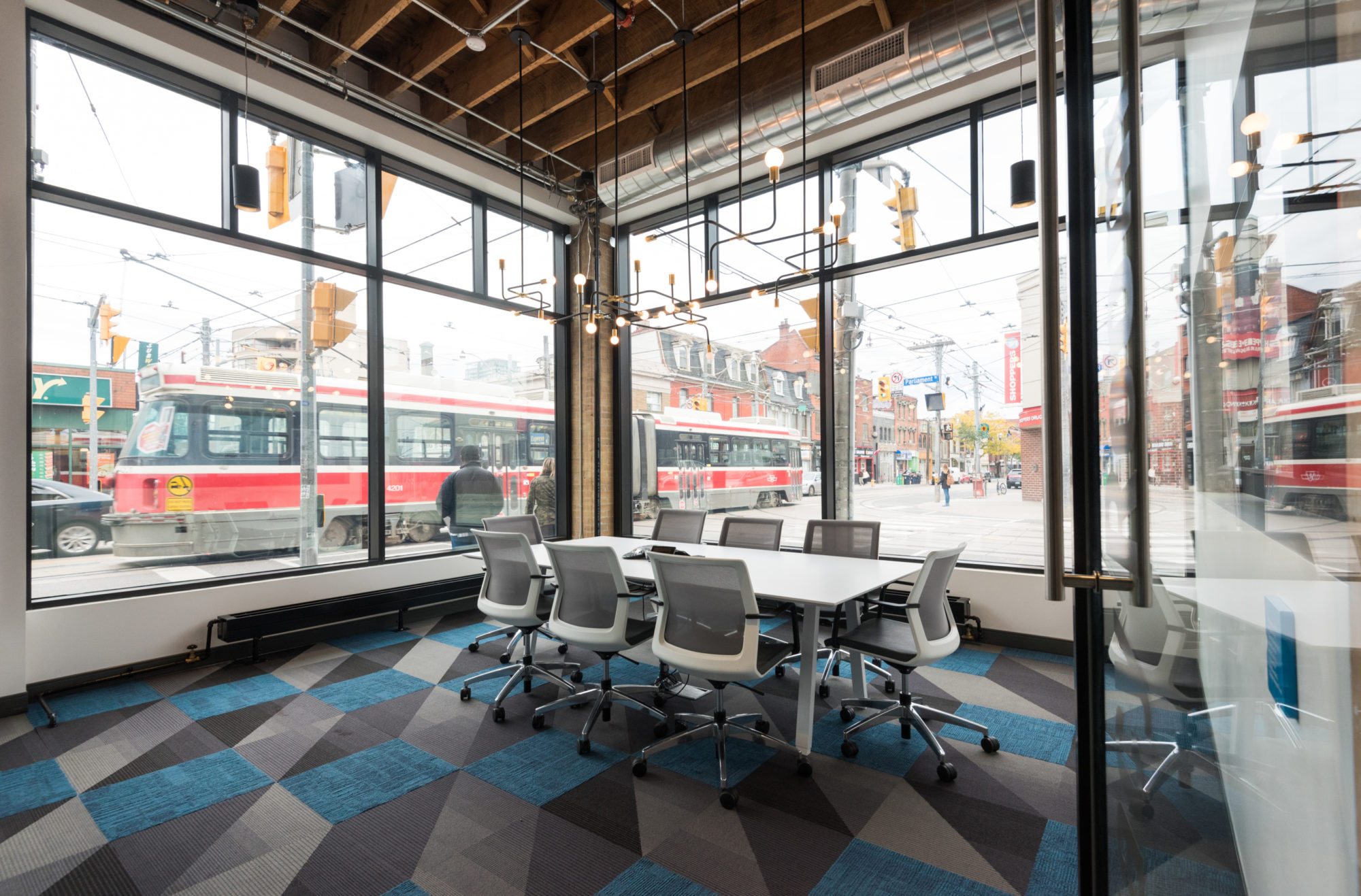 Even stairwell space is used to showcase memorable moments in the charity’s history: 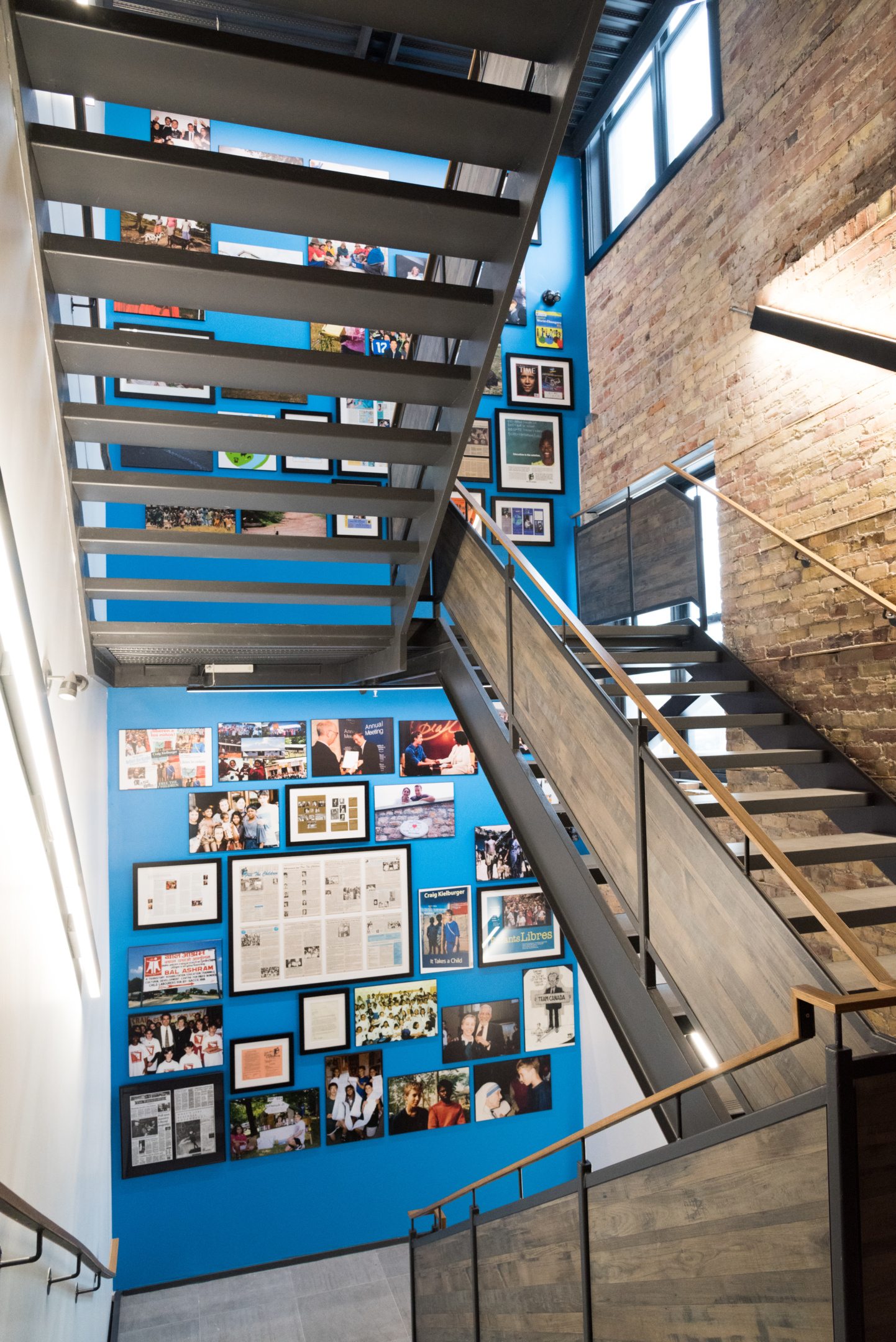 The two upper floors are devoted to office space. Each has a similar layout, with a bright kitchen and lounge area: 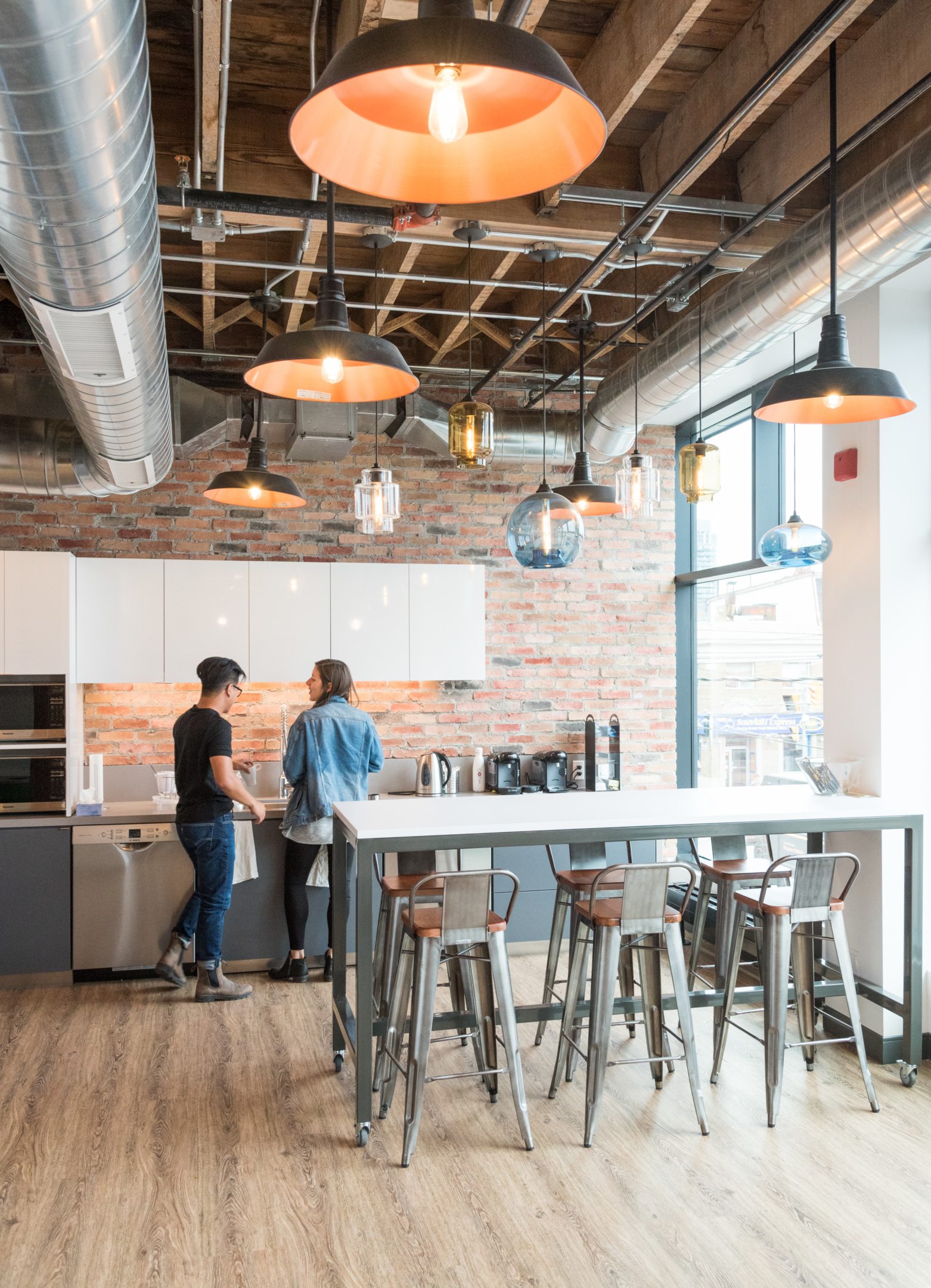 The lighting was meant to mimic the natural architecture of the building. The space is environmentally friendly, with tons of natural light, recycled carpets, automatic lights and 39 microclimate zones: 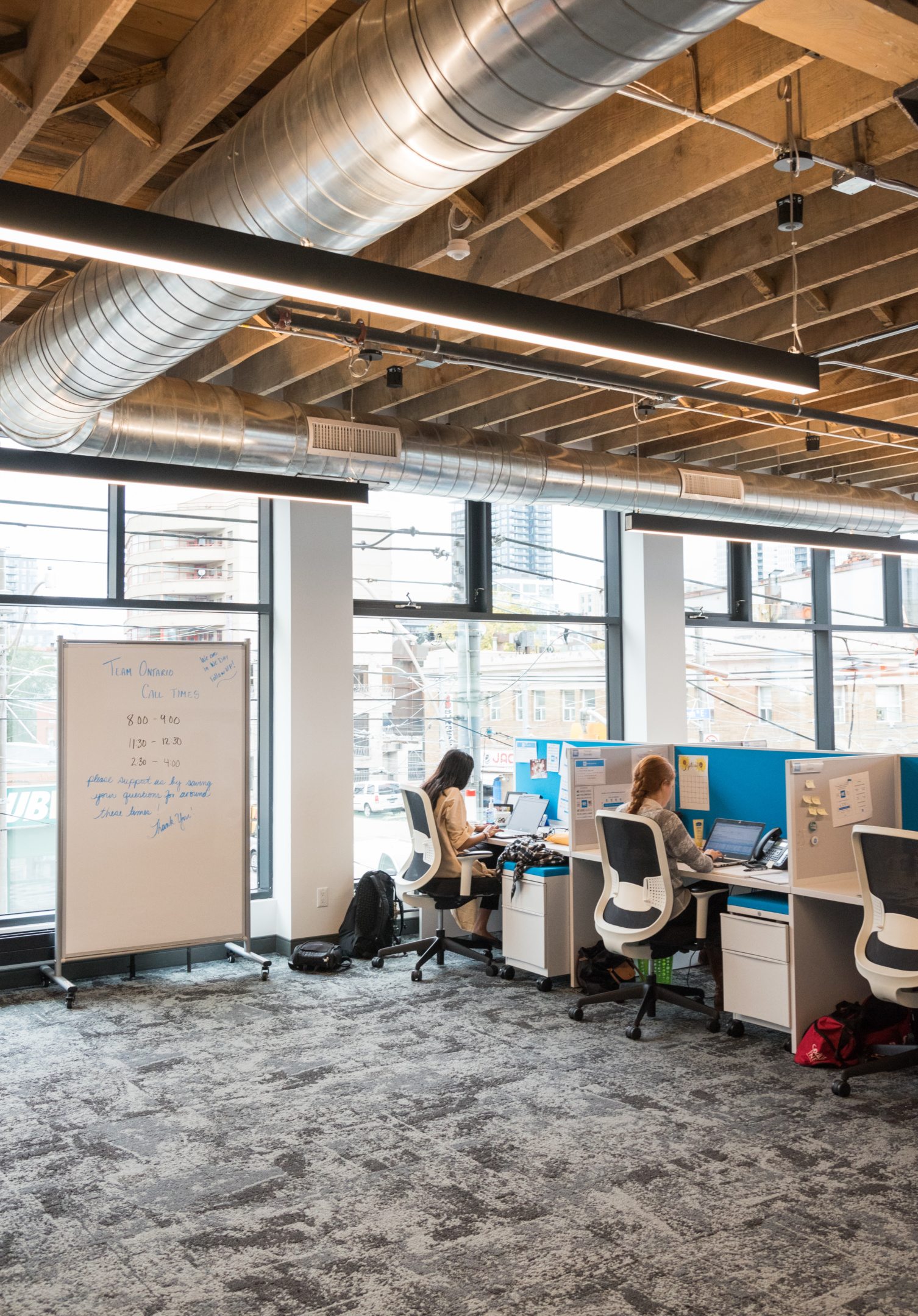 Staff on the second floor focus on We Schools. They set up this nook to look like a typical classroom: 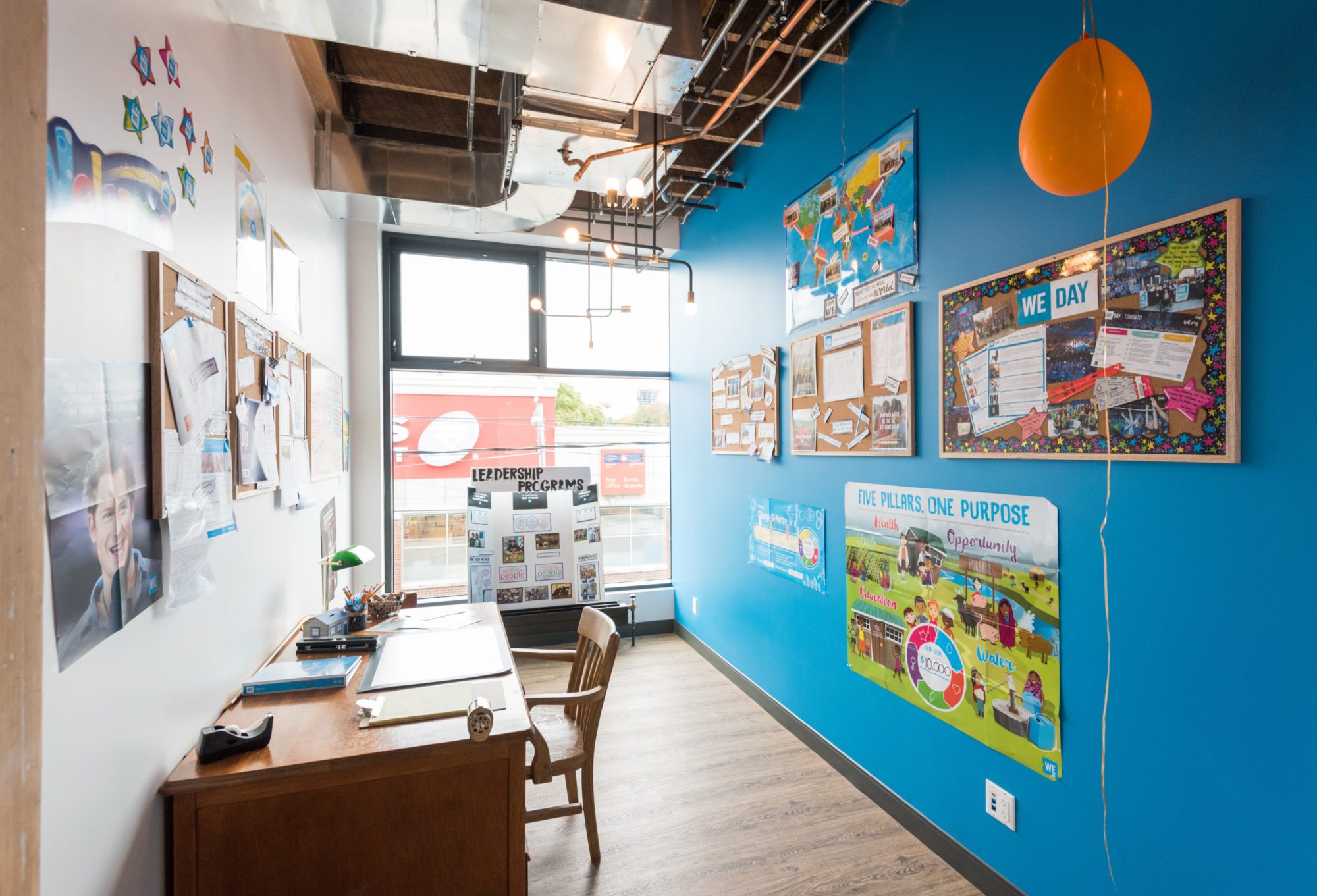 Staff can collaborate inside these private booths: 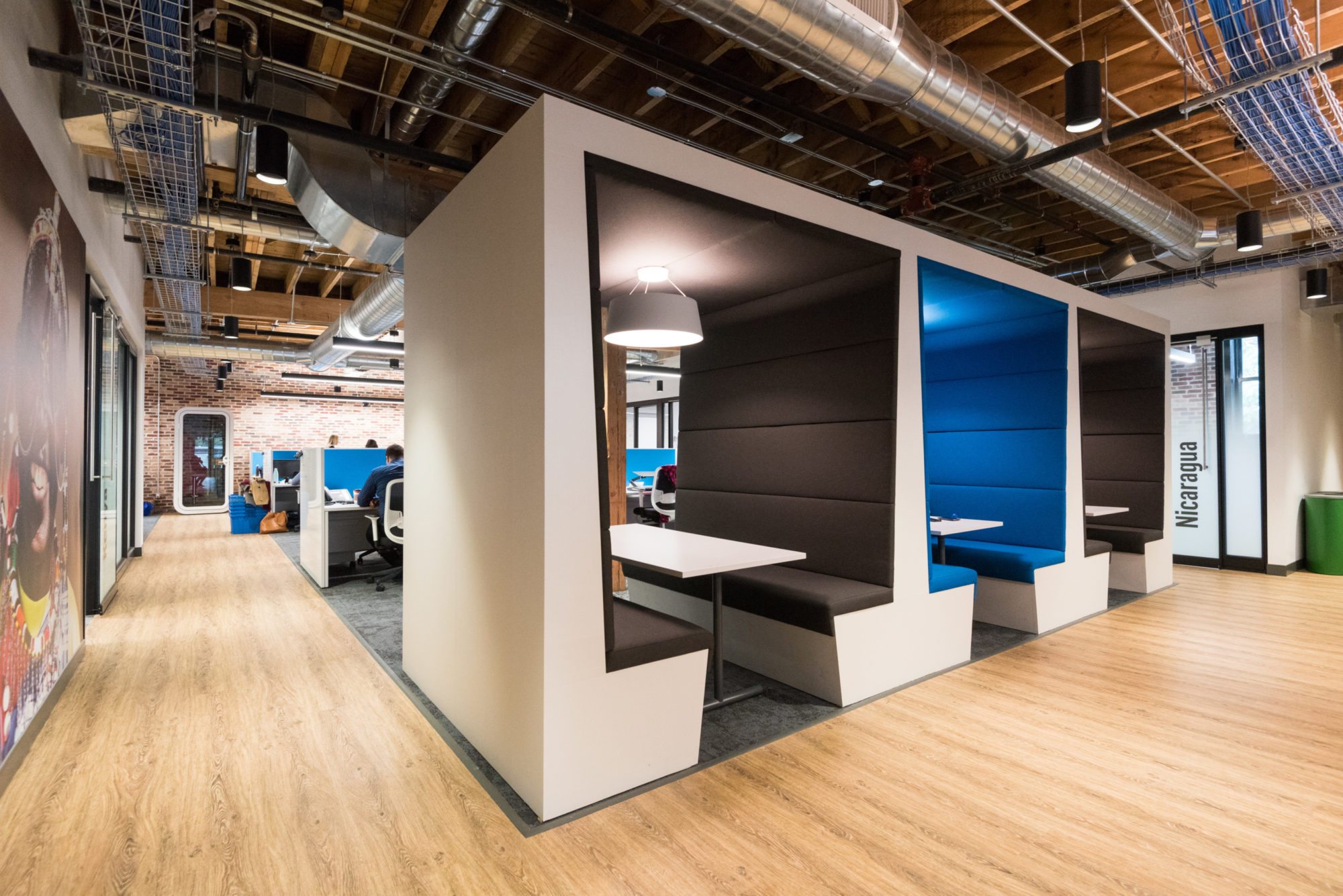 Hanging on the wall is one of India’s first carpets crafted without the use of child labour: 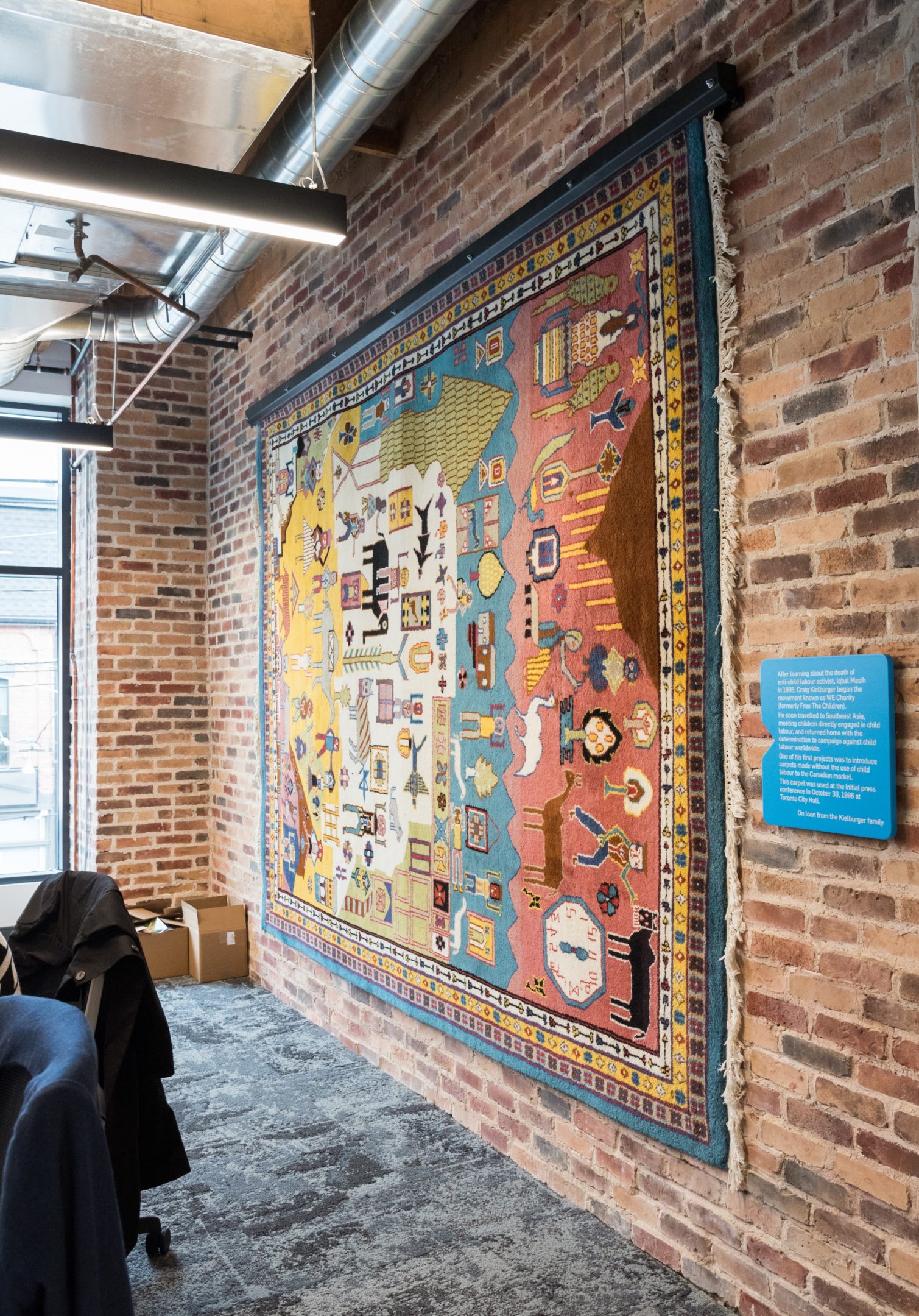 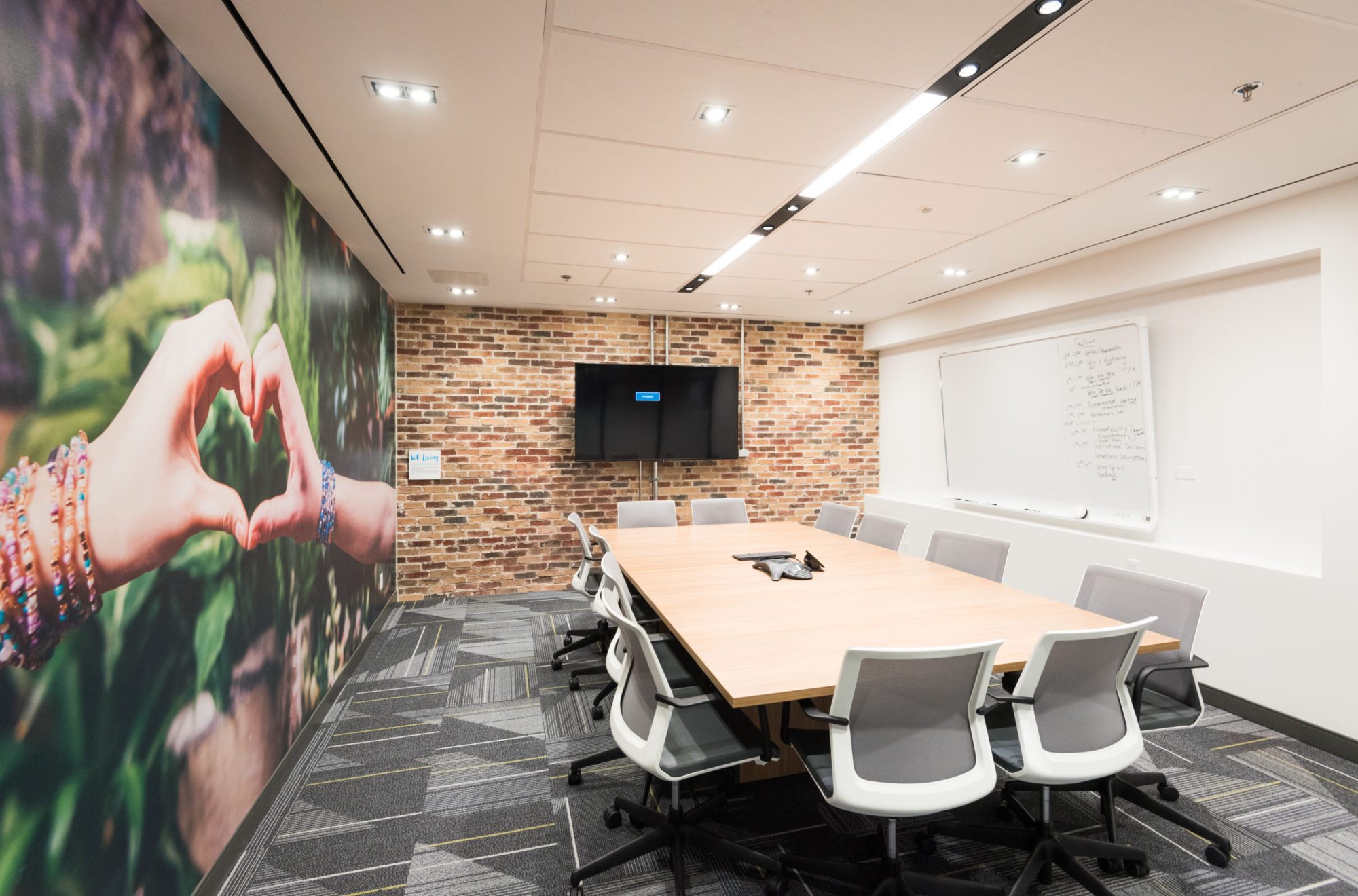 The blue dots on this map represent the countries in which WE operates: 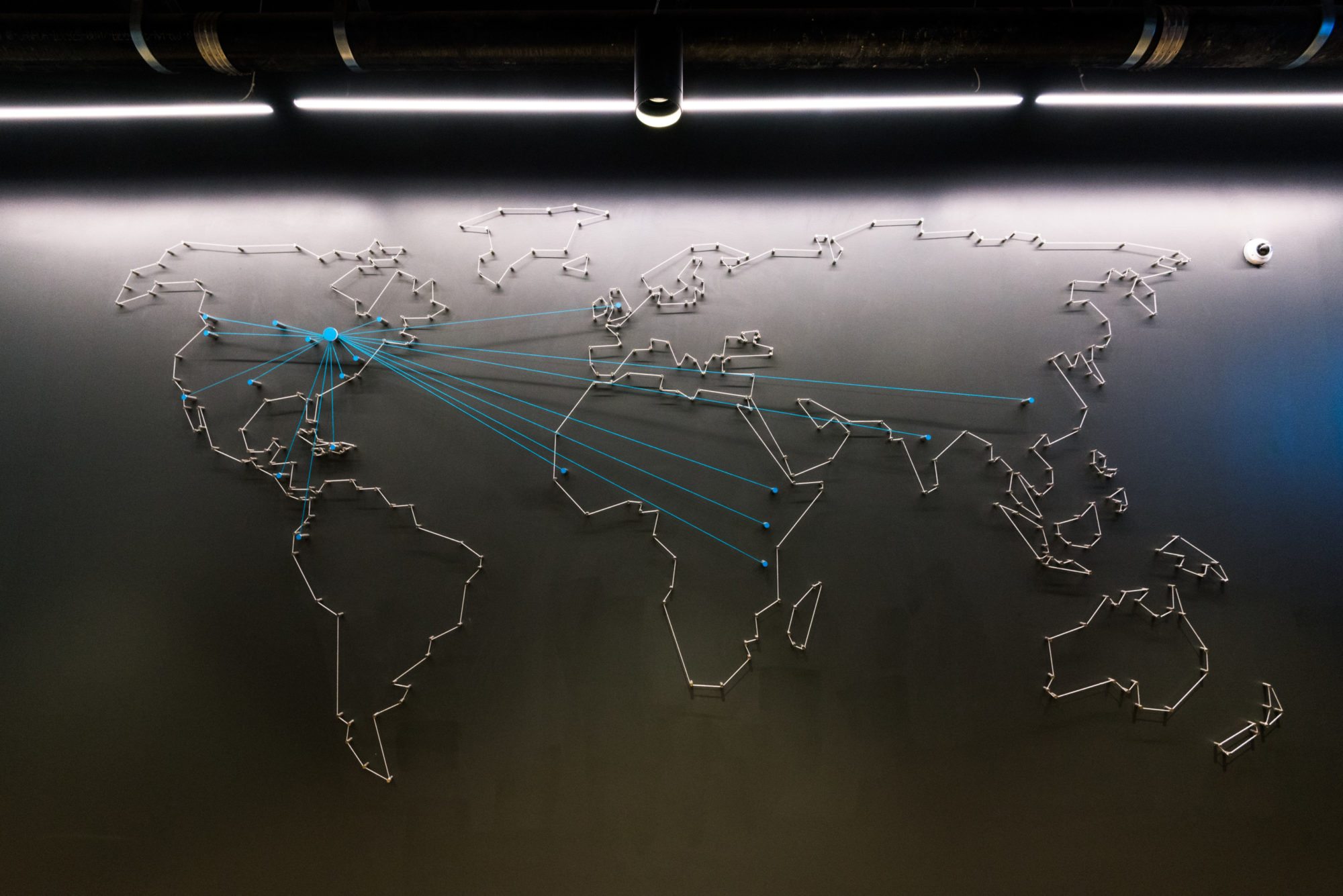 The basement holds a wellness room and technology centre, and, most importantly, this signed card from Oprah: 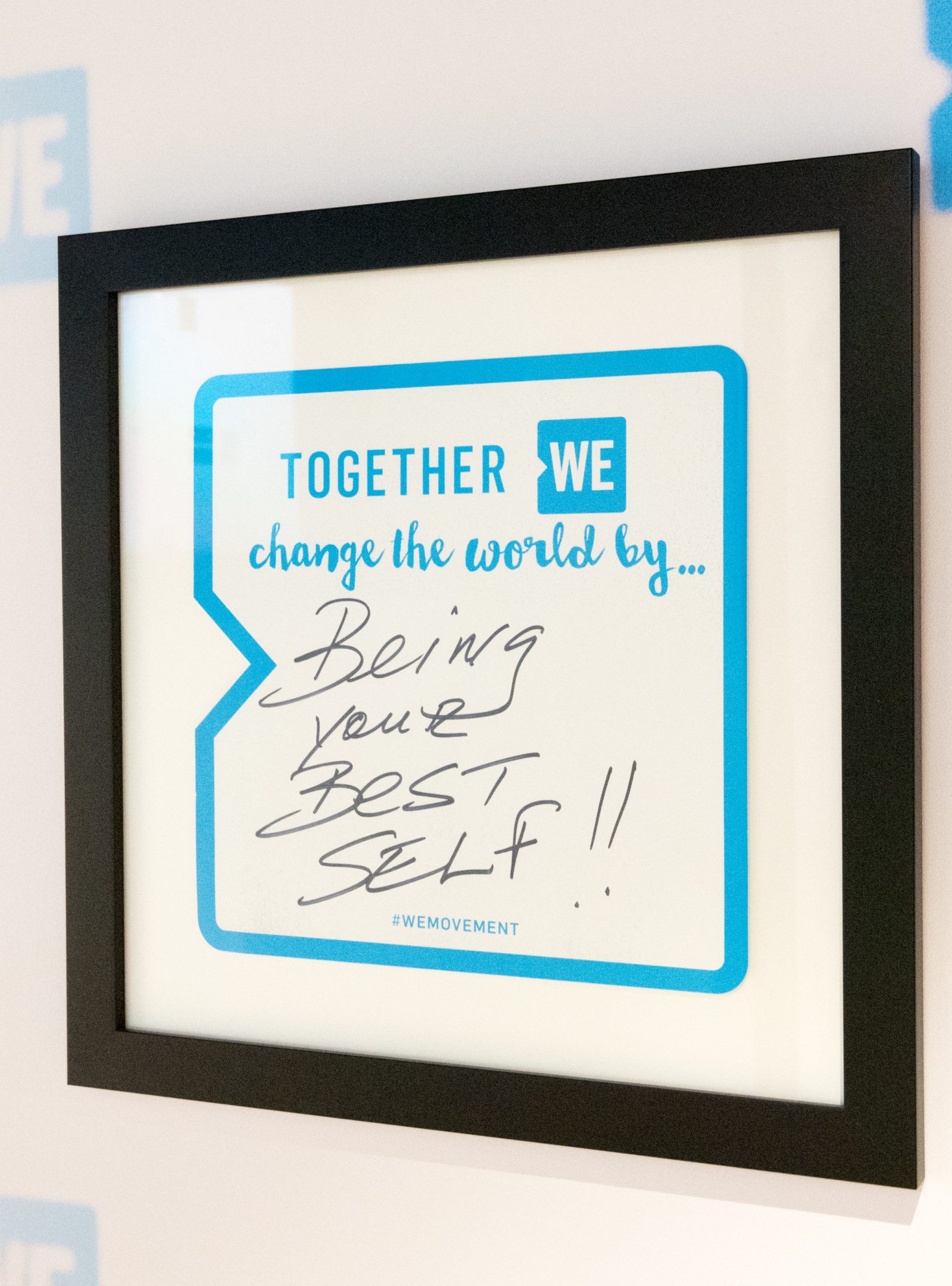 Topics: Craig Kielburger Marc Kielburger Me to We Office Great Spaces WE We Charity WE Day