When the lease expired at Novo Nordisk’s old Etobicoke offices, the C-suite set decided the space wasn’t working anymore. Employees were divided between the first and third floors of the building, and the awkward arrangement was getting in the way of collaboration between various departments. The old HQ also didn’t have any auditorium spaces, so every time the company wanted to host a speaker it was forced to rent conference space and shuttle everyone over.

After securing some new space in an office building in Mississauga, Novo Nordisk hired SDI Design to lead a refit. The company wanted a variety of breakout and meeting spaces for small and large groups, private offices for executives, an auditorium space, a cafeteria and plenty of open office space to encourage the mingling of ideas.

Novo Nordisk is a Danish company, so the aesthetic goal of the renovation was to combine Scandinavian and Canadian elements. The resulting space is decked out with European furnishings, heaps of blonde wood and colourful (mostly Canadian) art.

The sculptural staircase is the lobby’s most prominent feature: 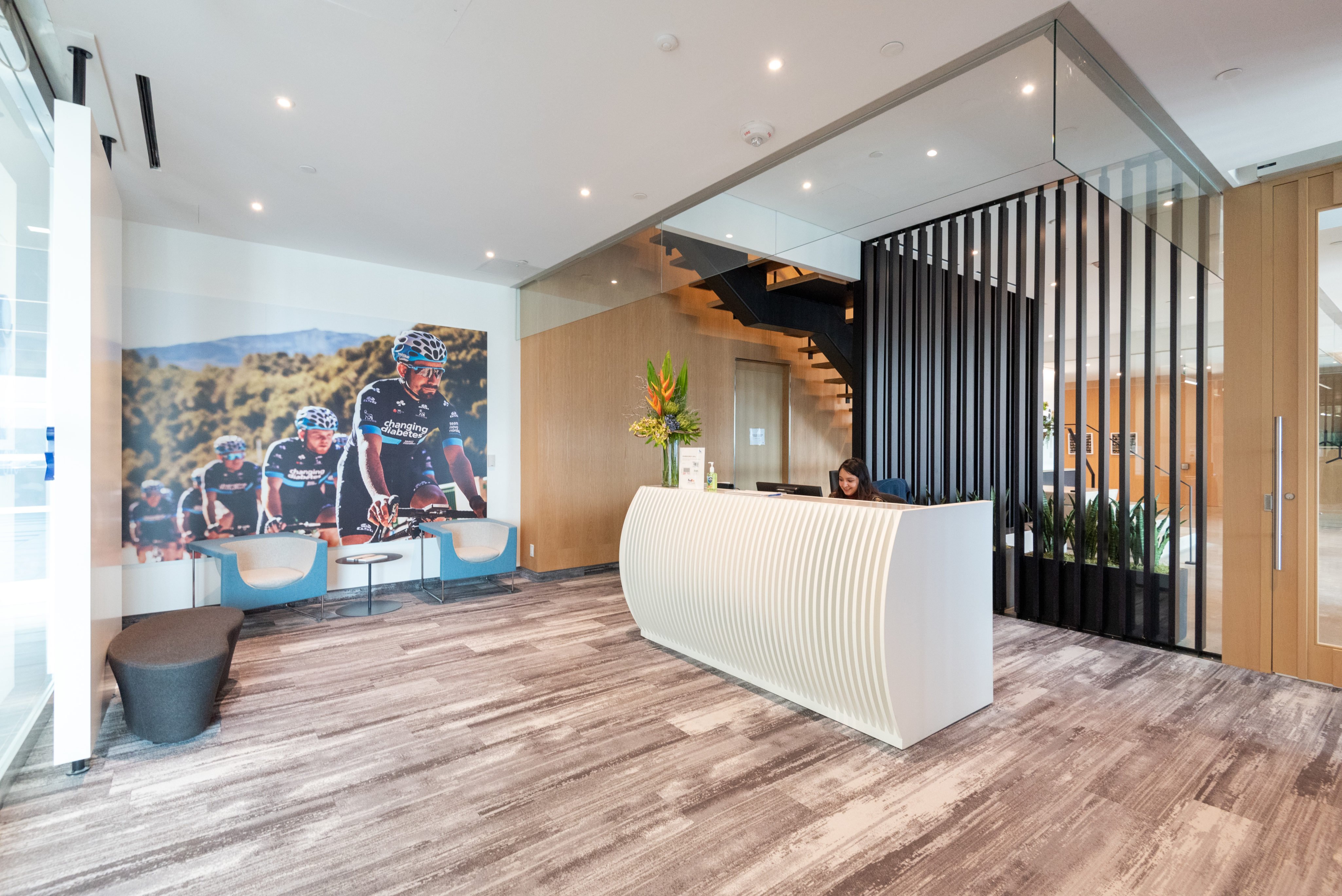 There are also three framed shadowboxes in the lobby, each containing 100 Lego figurines that represent 300 Novo Norodisk Canada employees who got to Legoify themselves. (Lego being another famed Danish export.)

Hexagonal shapes are repeated throughout the office: on windows, bathroom tiles and wallpaper. (The hexagonal planter on the left came from Home Station in Burlington.) These multi-hex arrangements resemble the insulin degludec molecule, a diabetes medication that is one of the pillars of Novo Nordisk’s business: 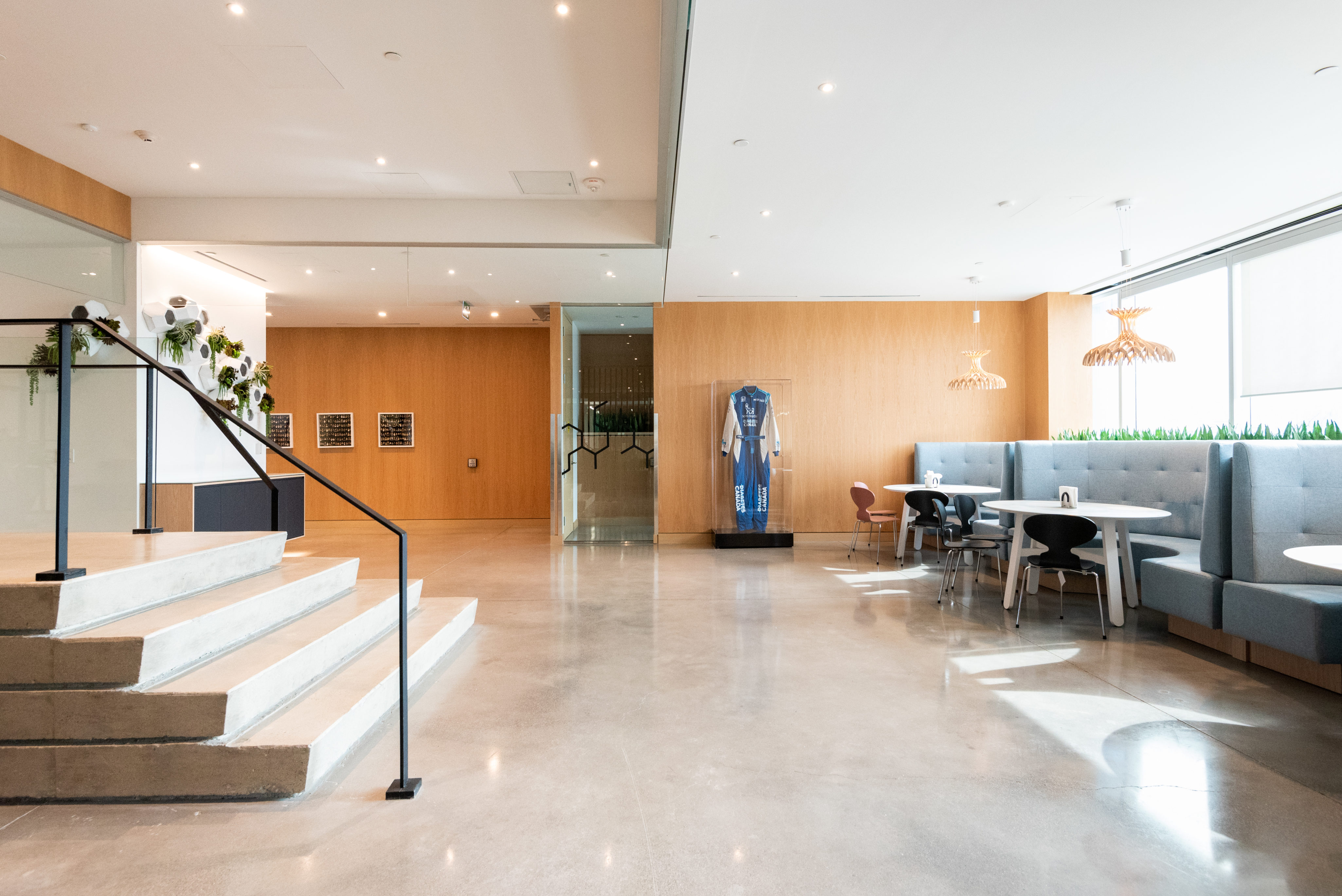 There are no offices on the ground floor. Instead, there’s a multi-functional space where the company hosts speakers and holds mini-conferences. The cafeteria is also down here. It was designed so that it could be turned into an auditorium. The three-legged Arne Jacobsen Ant Chairs were shipped from Denmark: 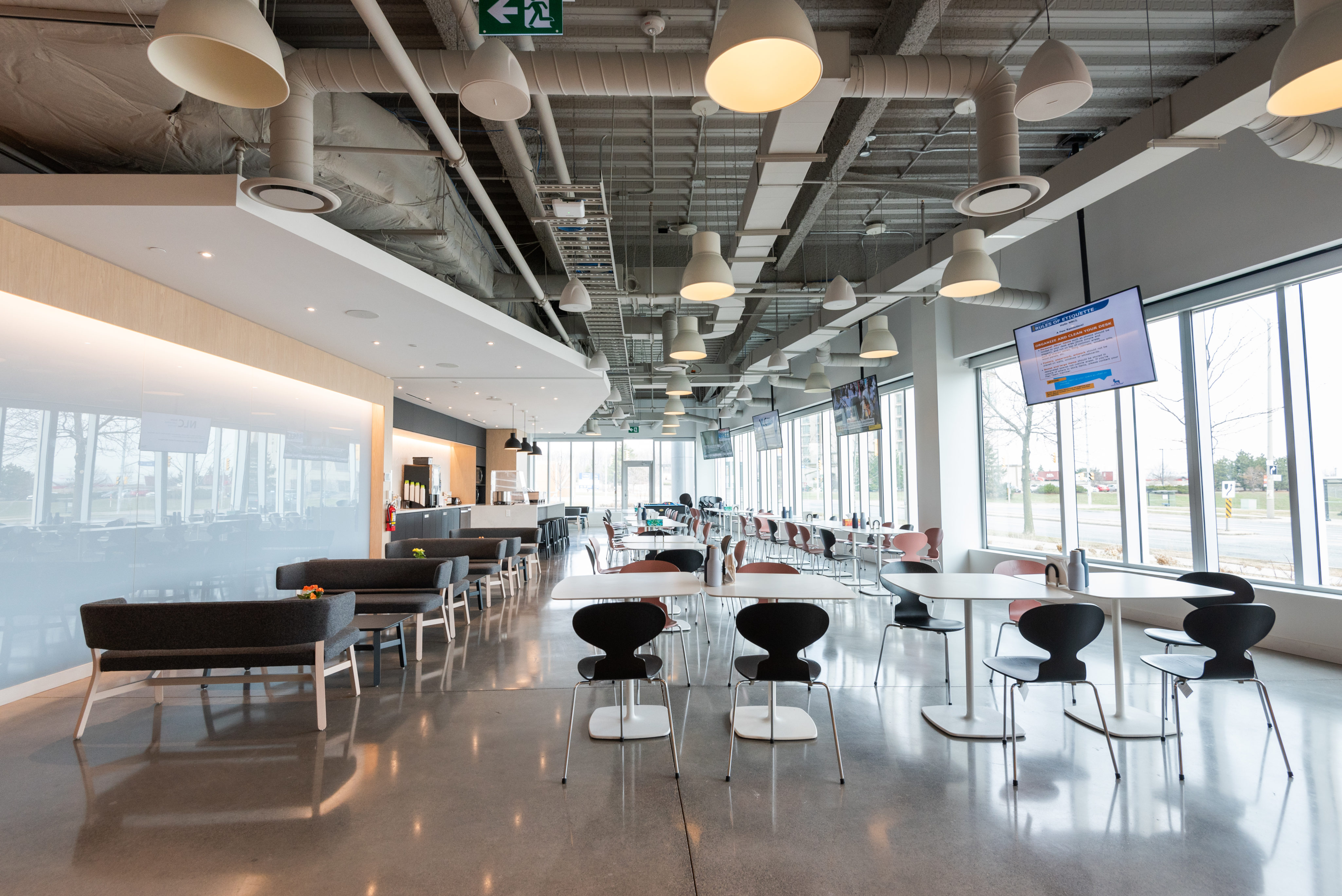 This glass-encased boardroom sits atop a wooden podium. The glass doors open, transforming the room into a stage, complete with a giant projector screen: 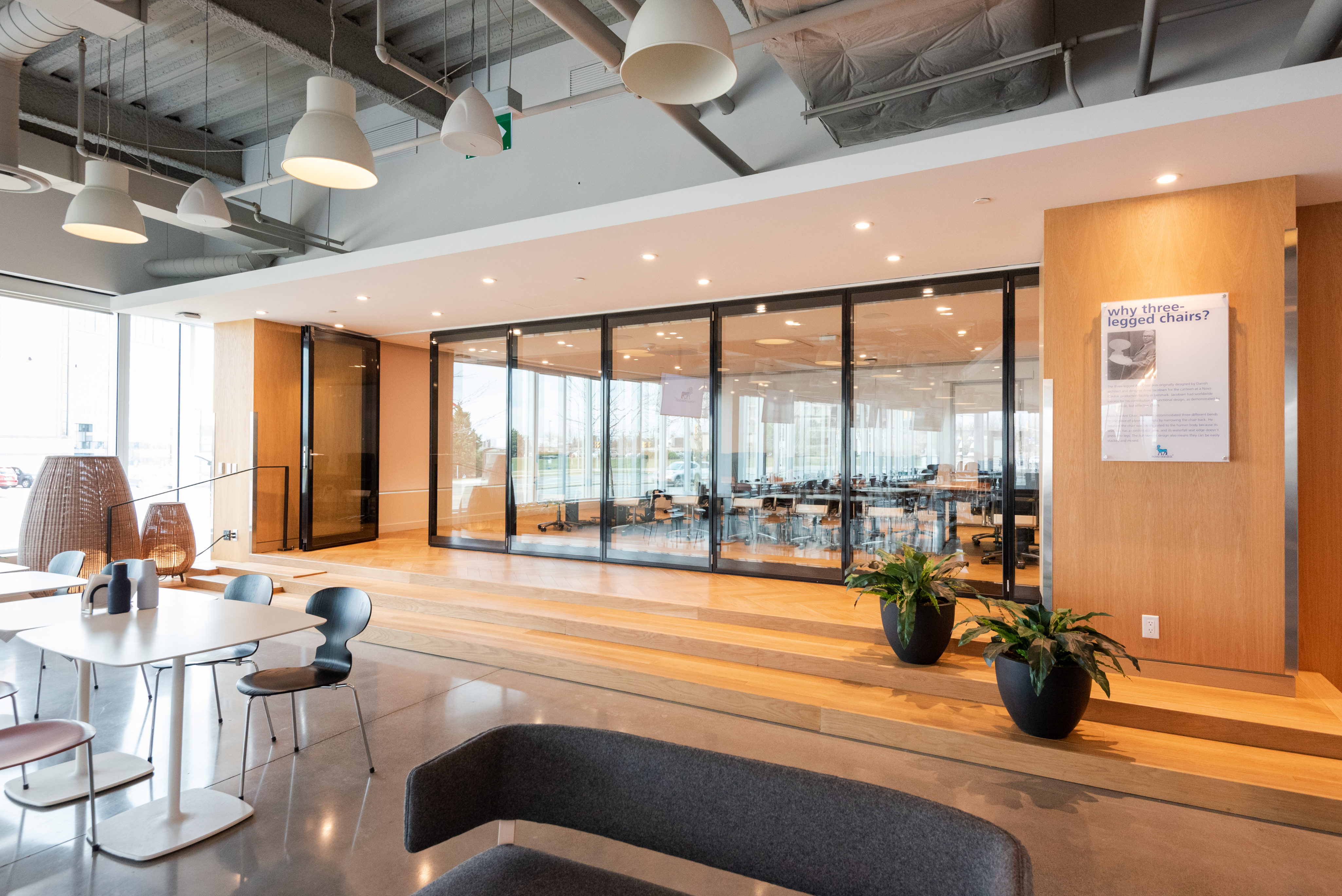 The pool table was specially made to incorporate the precise shade of blue used in Novo Nordisk’s logo: 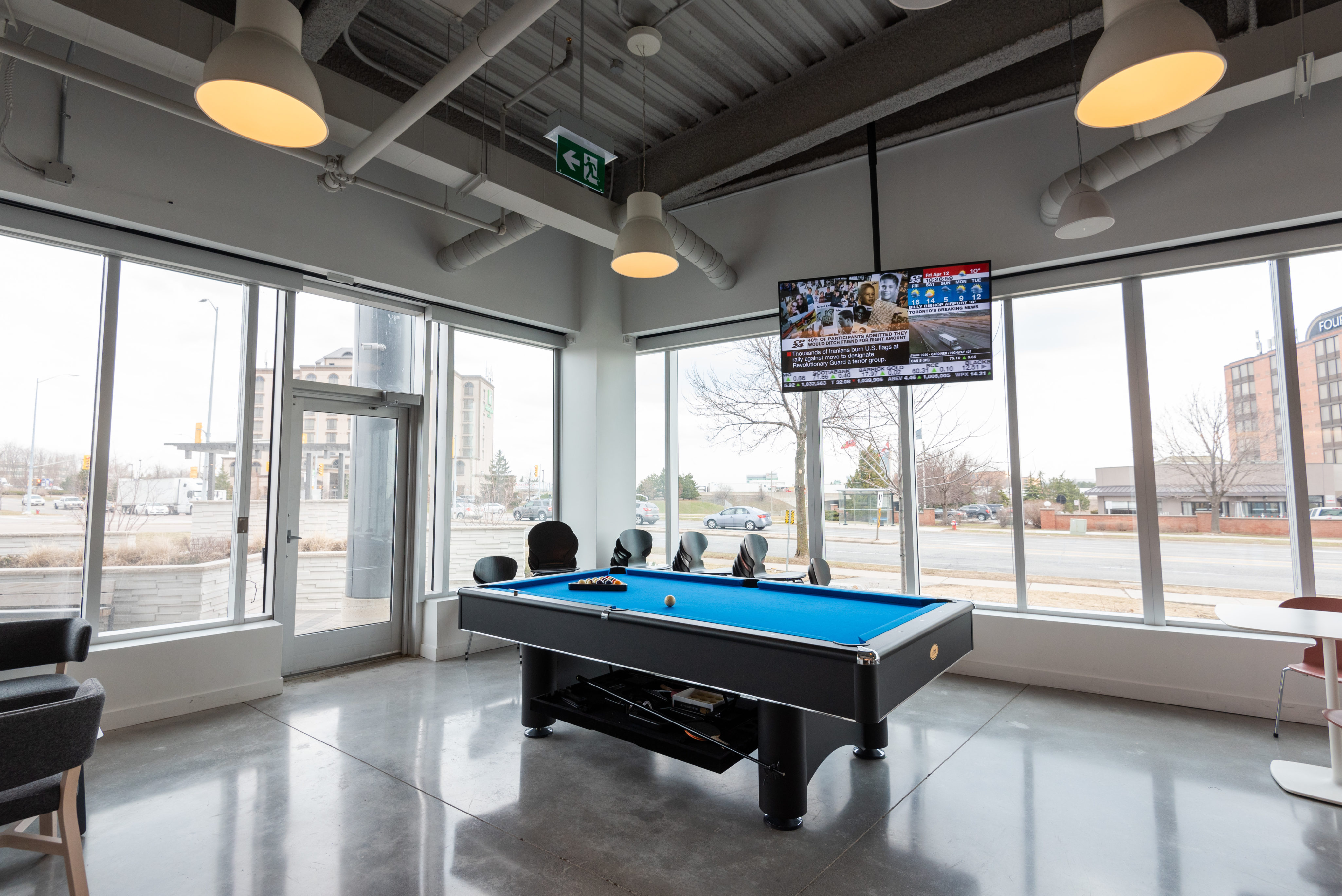 In 1998, the former CEO of Novo Nordisk, Mads Øvlisen, published a book on modern art called You Do Not Have to Like the Art You See at Novo Nordisk but I Hope It Makes You Stop and Ask a Few Questions. (The publisher fit all that on the cover, somehow.) The company continues to invest in modern artwork for its offices around the world. The paintings above the stairs are by British artist Marc Quinn. SDI balanced openness with privacy by adding maple millwork around the exteriors of bigwigs’ offices: 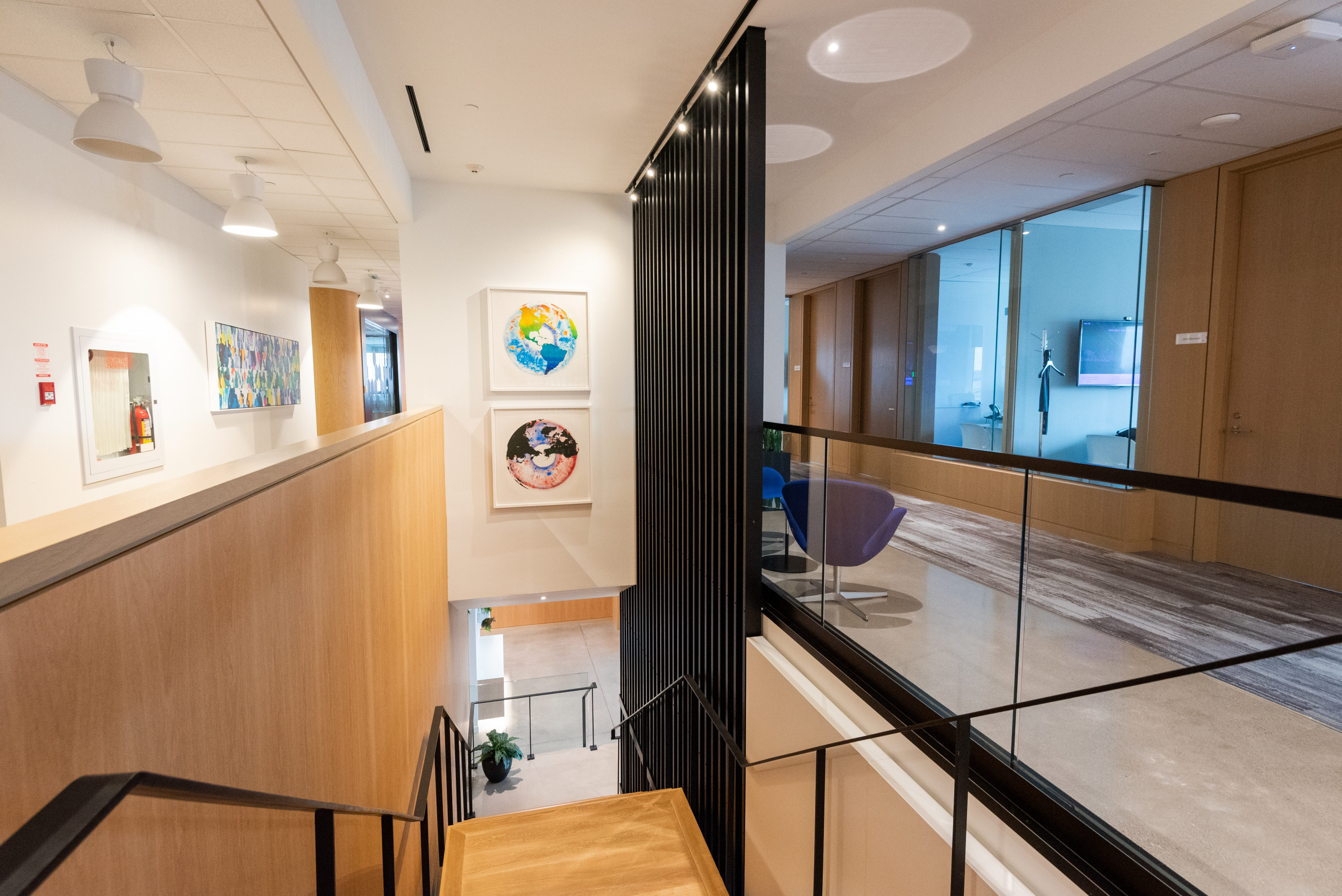 The moss wall needs to be misted every morning: 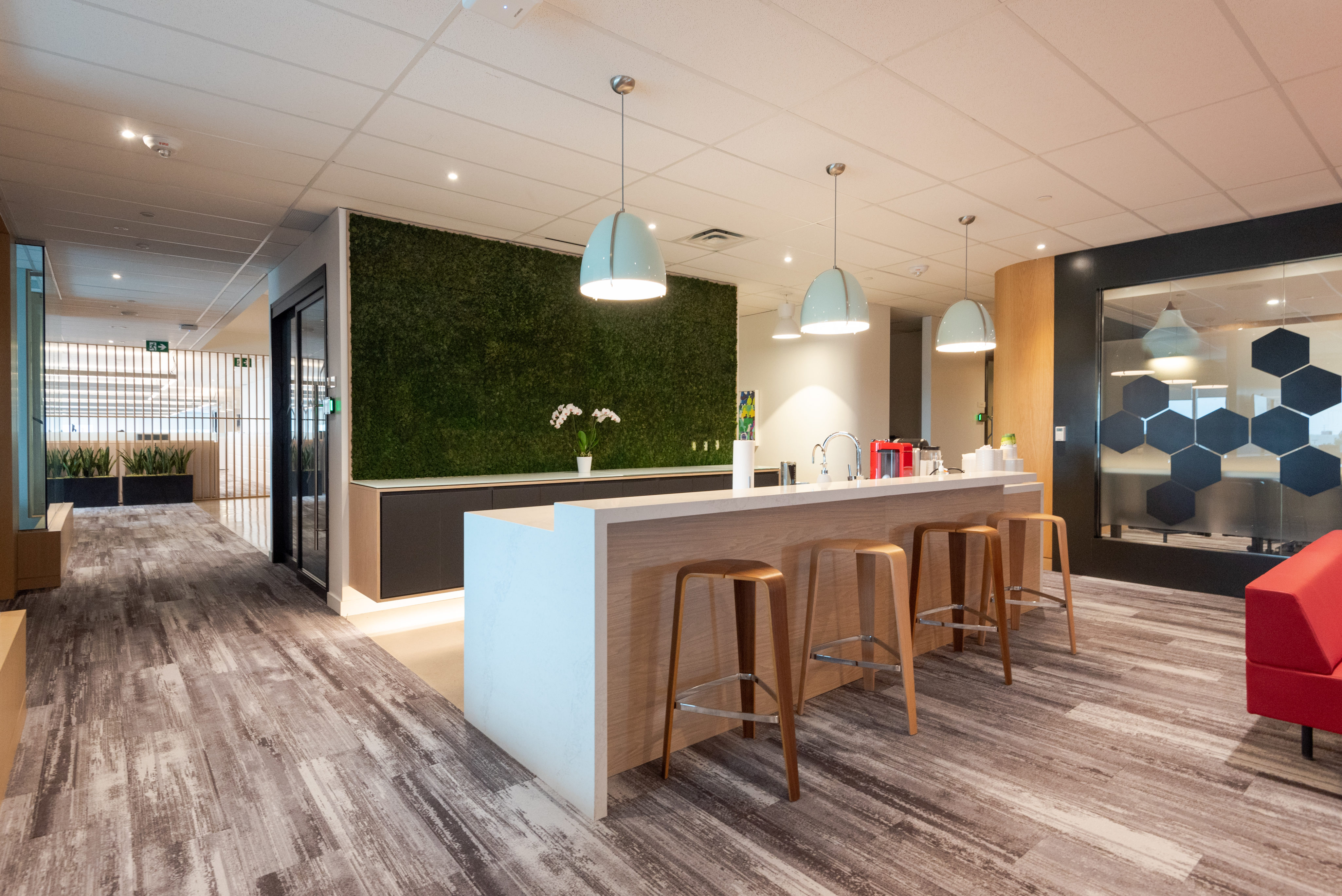 This is the main boardroom. Both the 14-seat walnut table and the leather chairs were made by Davis, a 75-year-old North Carolina–based furniture company. Some of the walls in here are upholstered with EzoBord, a felt-like substance that works as a tack board and also softens acoustics. The pendant lights are by Louis Poulsen, a Danish lighting manufacturer: 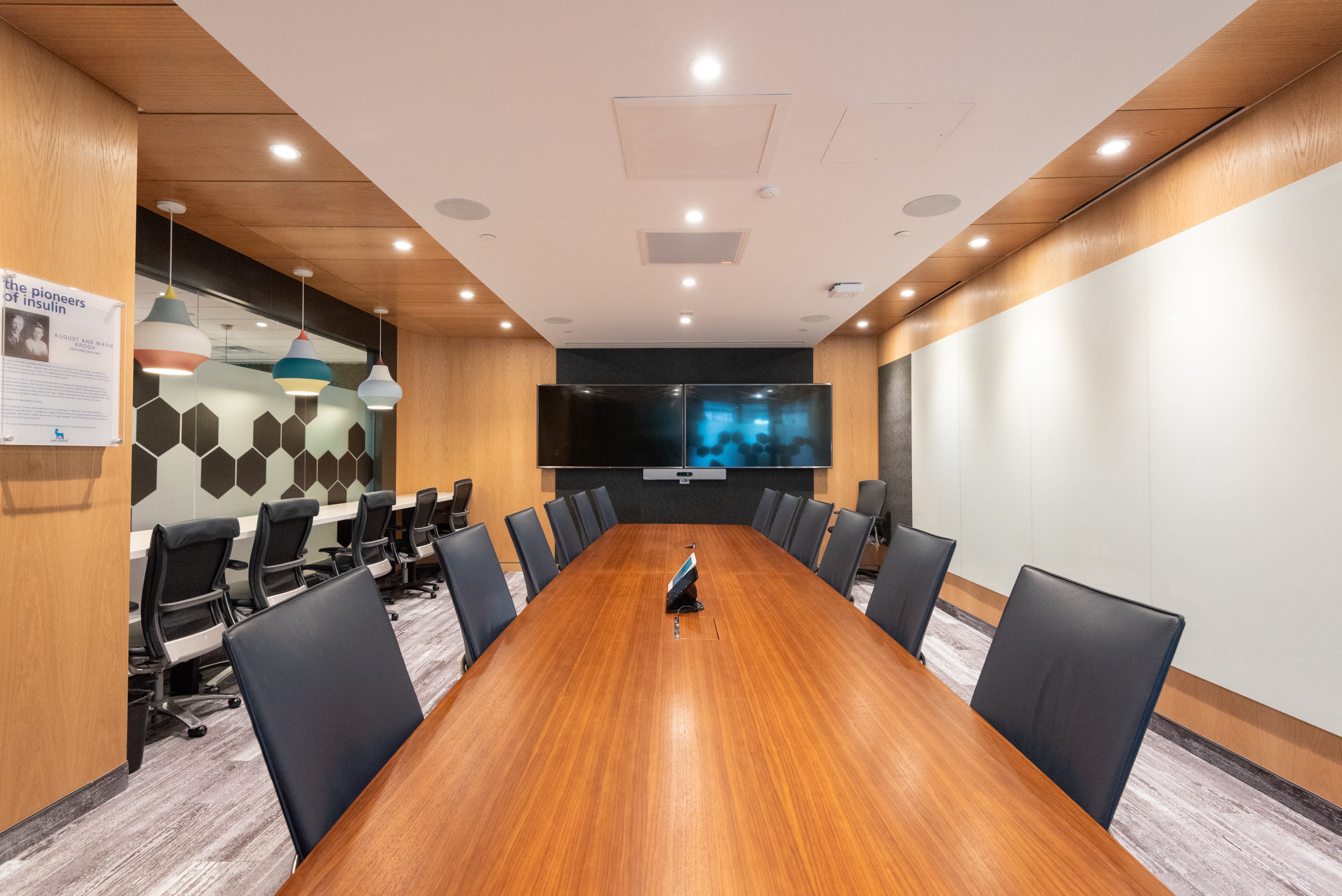 There are eight of these two-person breakout spaces, which were designed to look like Scandinavian troll houses. Each of them is decorated with Inuit paintings. These are by Kenojuak Ashevak: 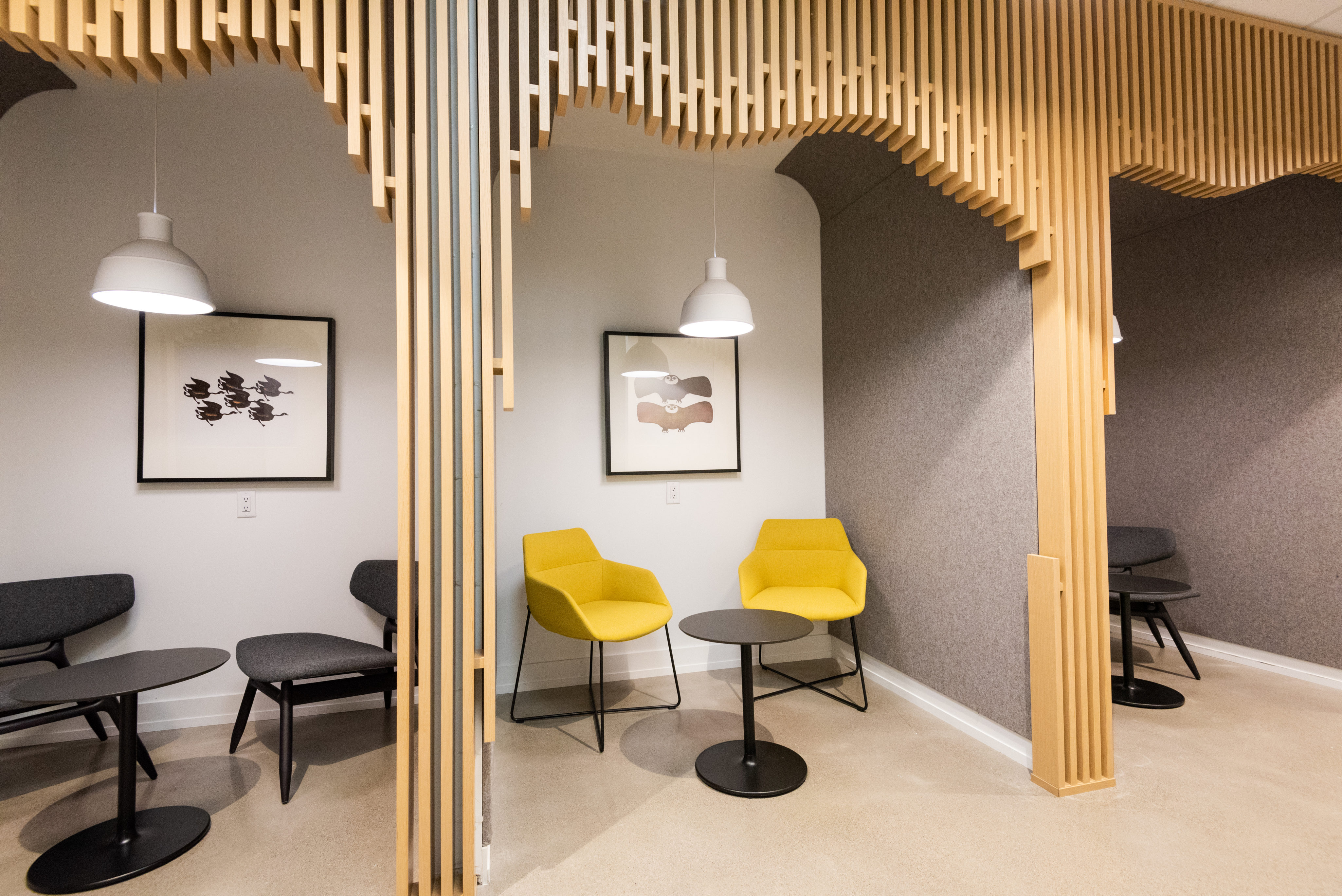 There are seating spaces near the windows so employees can bask in sunshine, regardless of where their desks are: 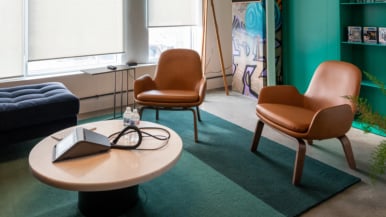 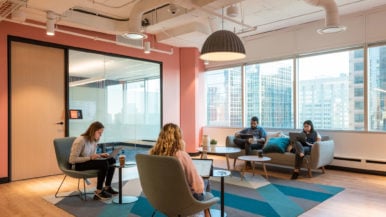 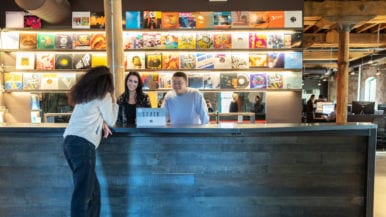 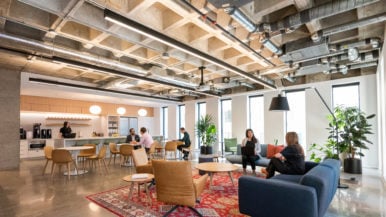