What: Animation studio House of Cool’s Toronto office
Where: Daniels City of the Arts building on Queens Quay
How big: 6,000 square feet for 55 employees

House of Cool is one of a few companies in the world that does pre-production work for animated films. They create storyboards for big American studios like Fox, Disney and Nickelodeon, and their work has appeared in films like Despicable Me, Angry Birds and Ice Age. Co-founder Ricardo Curtis worked as an animation artist for Warner Bros, Pixar and Dreamworks before founding House of Cool in Toronto 15 years ago. “I wanted to create high-quality work you’d find in the States, but from here,” he says. “We found a niche.” In the past year, the company has nearly doubled in size; they moved from a brick-and-beam space at Adelaide and Spadina into the new Daniels City of the Arts building in the spring. Since they own the unit, they were able to put their own stamp on the space, and hired Quadrangle to help convey a playful sense of humour. “We wanted to seem elevated and sophisticated but still fun,” says Ricardo. Here’s a look inside.

For the reception area, the designers used black chipboard walls to separate spaces and provide a textural element: 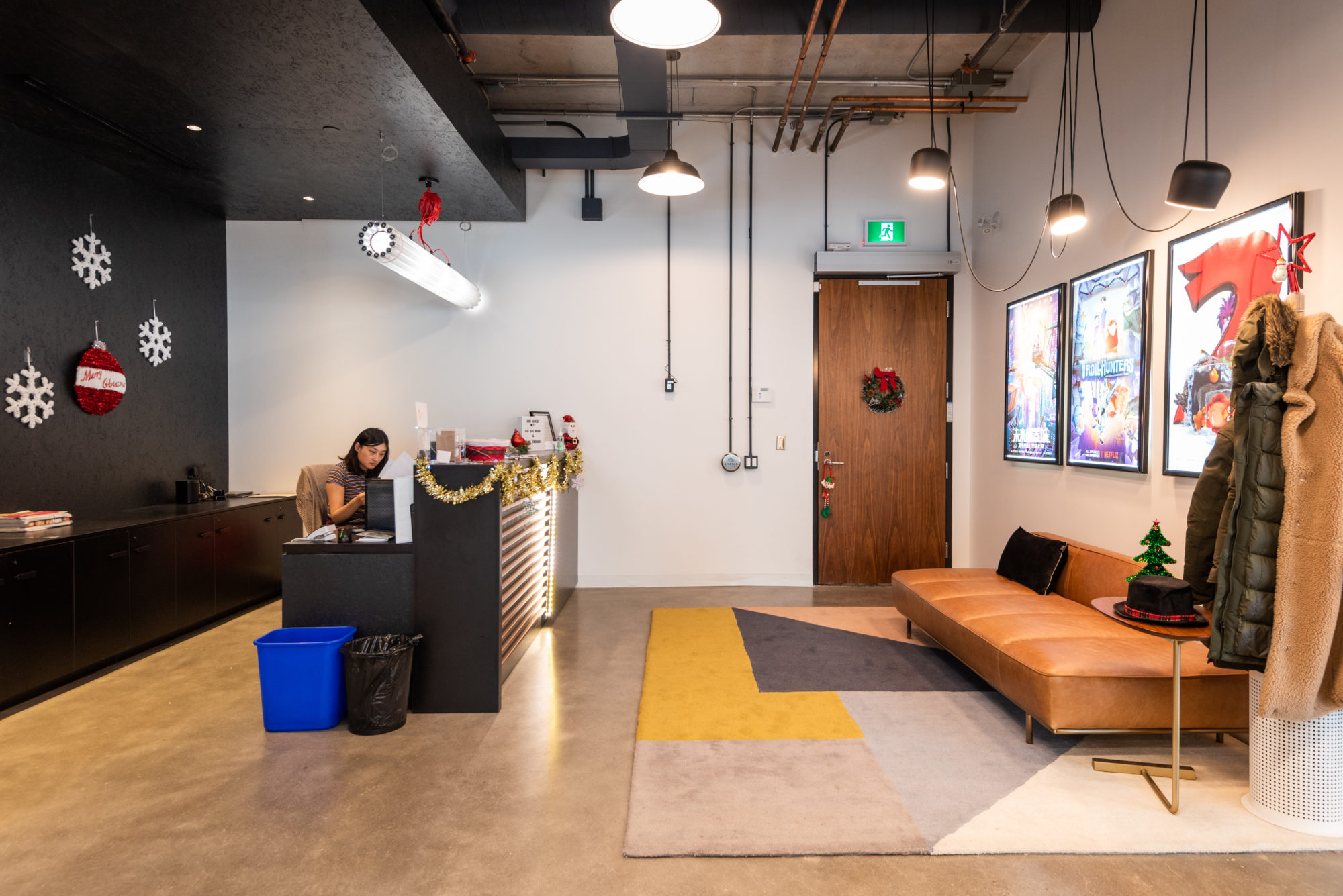 The light boards change depending on what the team is working on. They’re always working on four to five projects at a time: 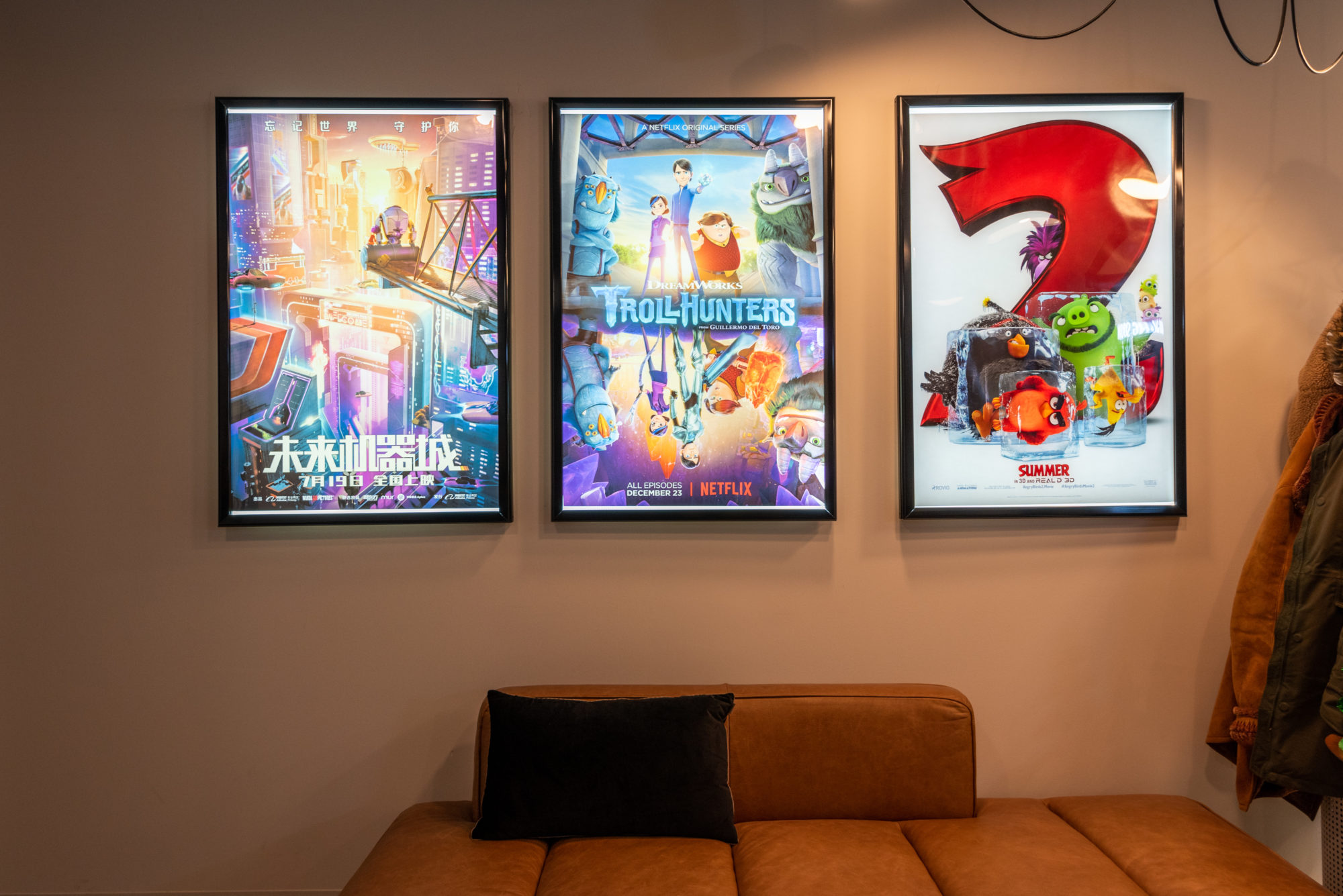 Social space was a requirement. Quadrangle went literal with the design, constructing a series of felt strip-lined slats that resemble a house while doubling as acoustic buffers. The company has hosted parties for more than 100 people in the space: 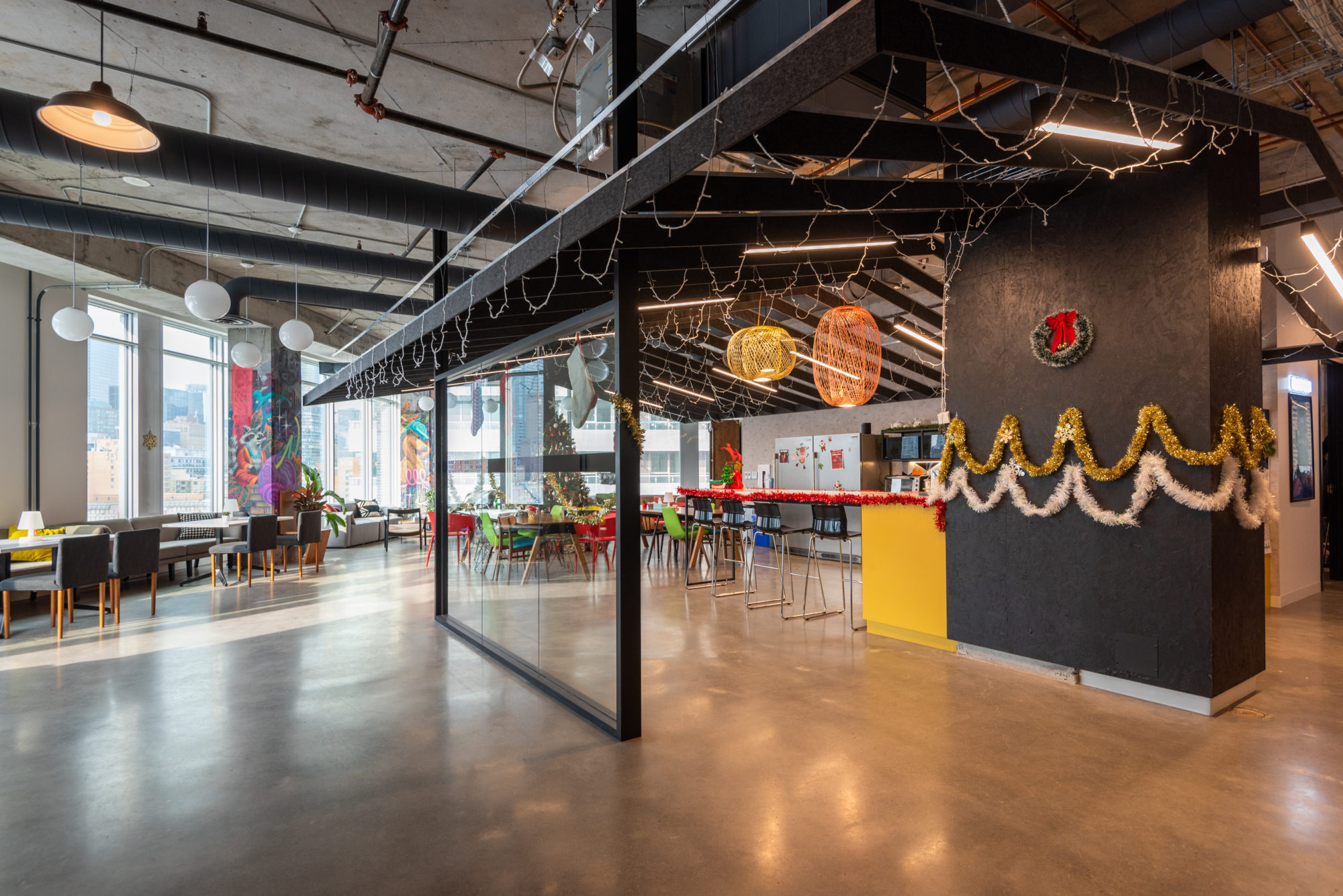 This space is used for video conferencing clients during the work week, and served as a karaoke room during the staff Christmas party. The thick velvet curtains make it flexible and sound-proof: 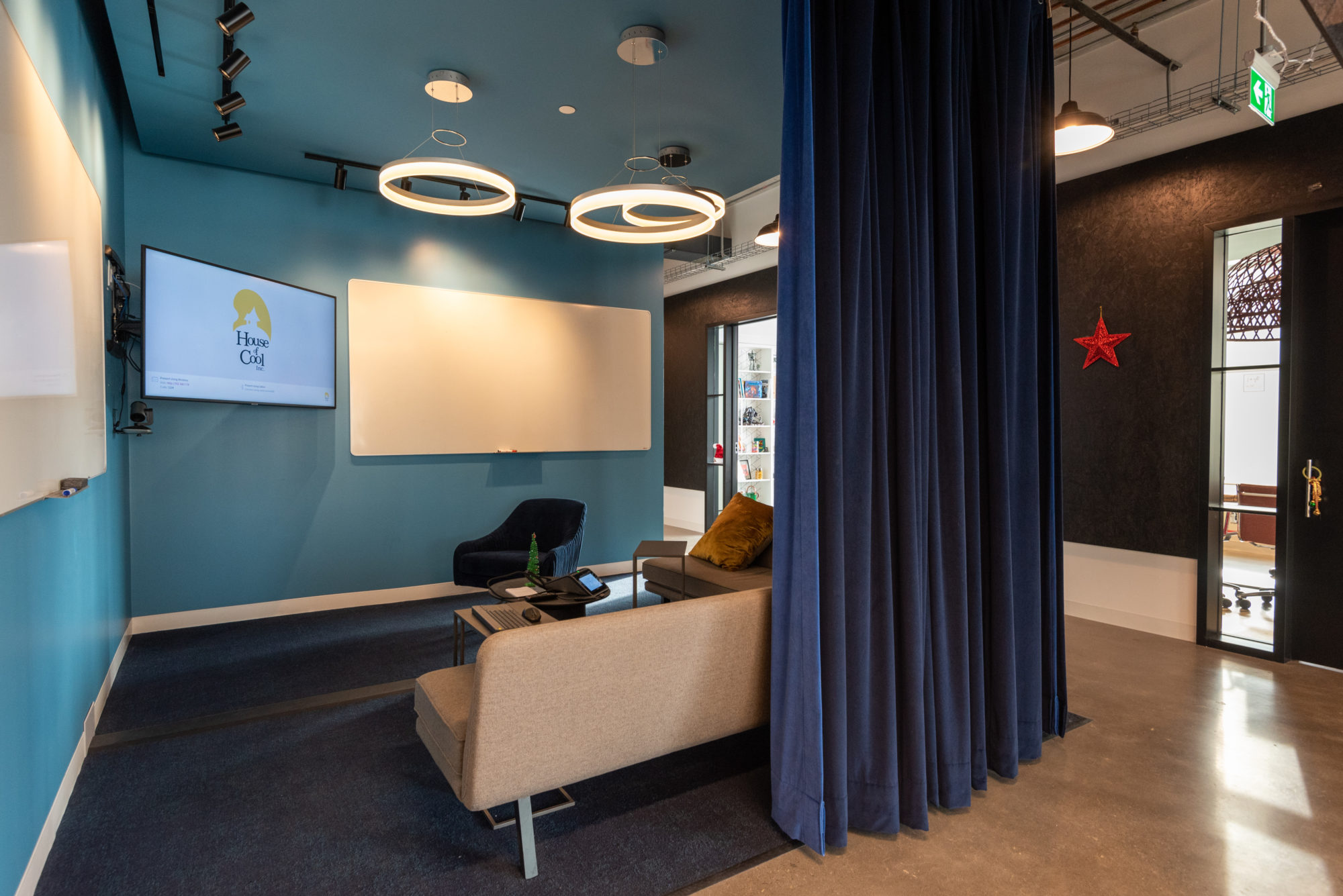 Here’s the kitchen. Every week they have Pie Thursday, in which staff bring in different pies for everyone to try. “There’s a pyramid of desserts and pie is at the top,” says Ricardo. “Someone came with cake once and was ushered out”: 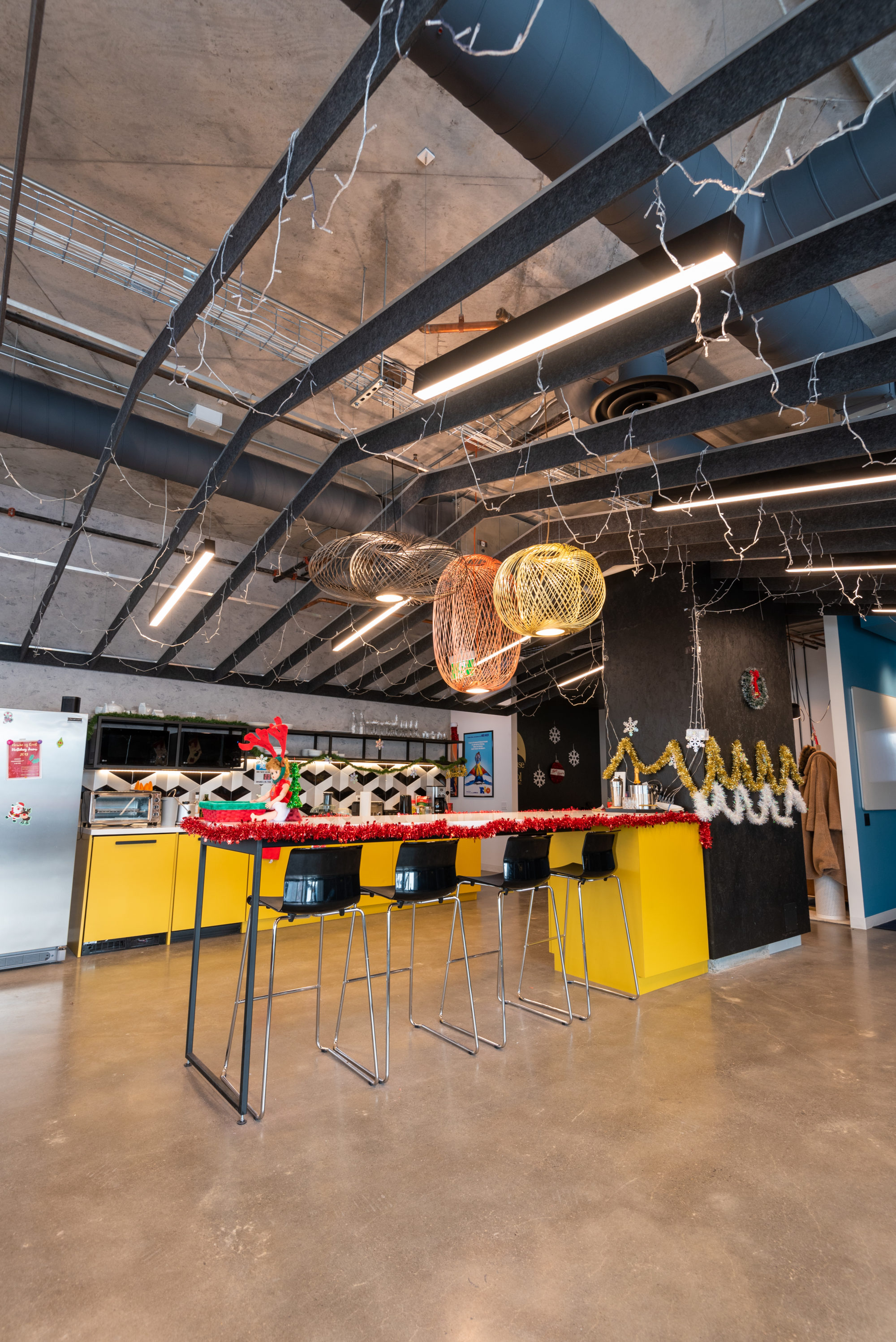 One of their employees, artist Zachariah Scott Cheetham, decorated the pillars with graffiti: 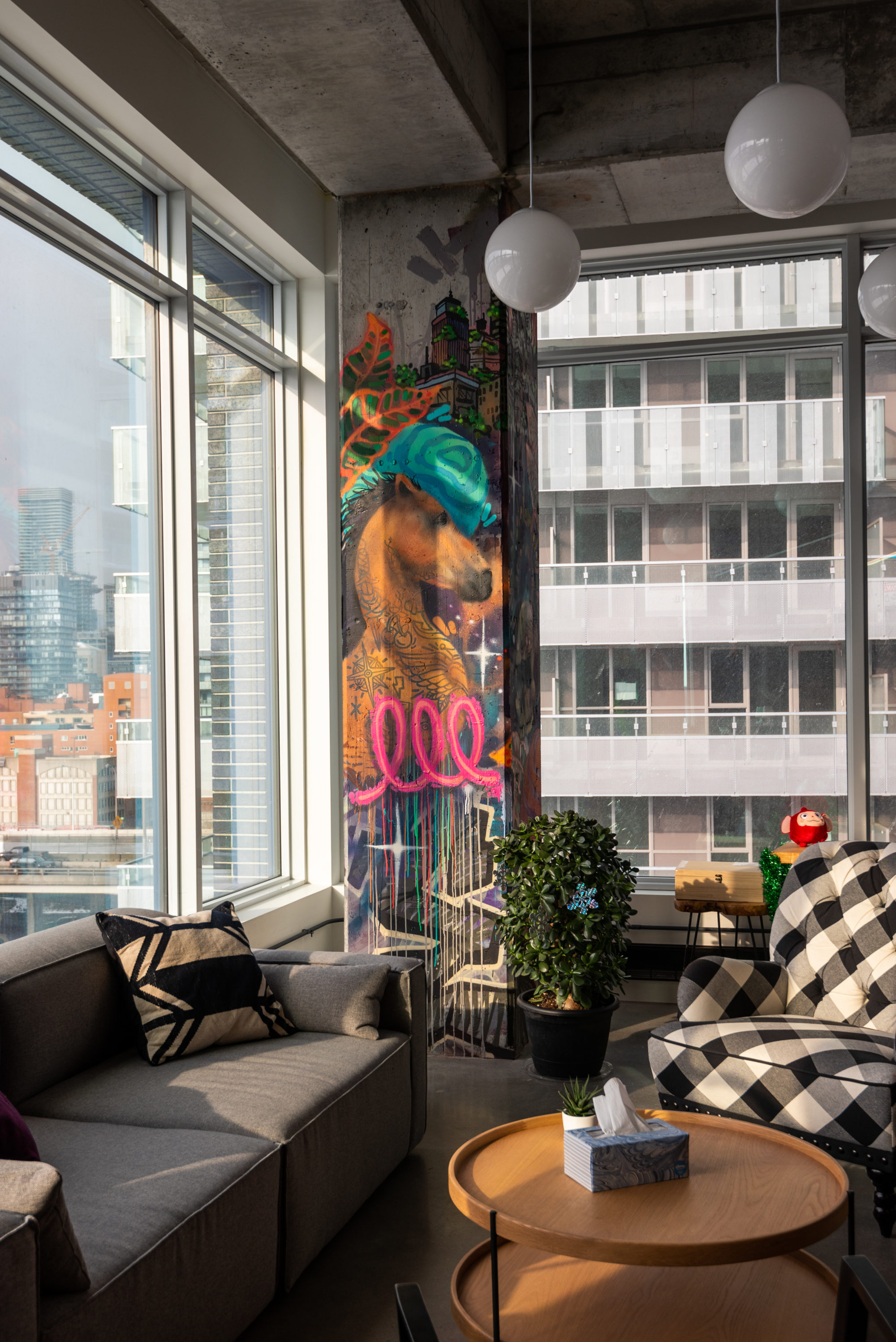 He’s not quite finished: 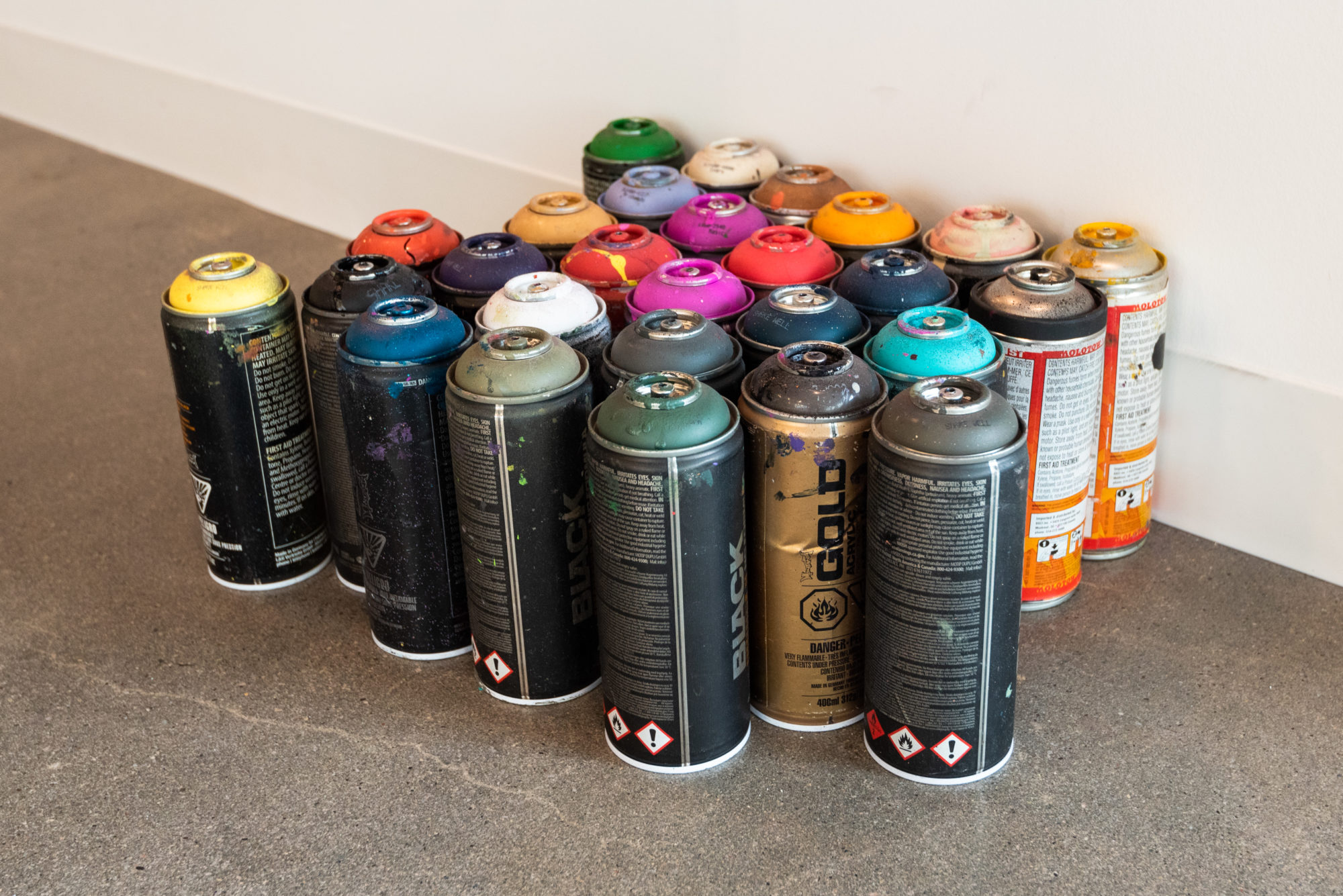 This breakout room has a secret green door that swings back and connects to Ricardo’s office: 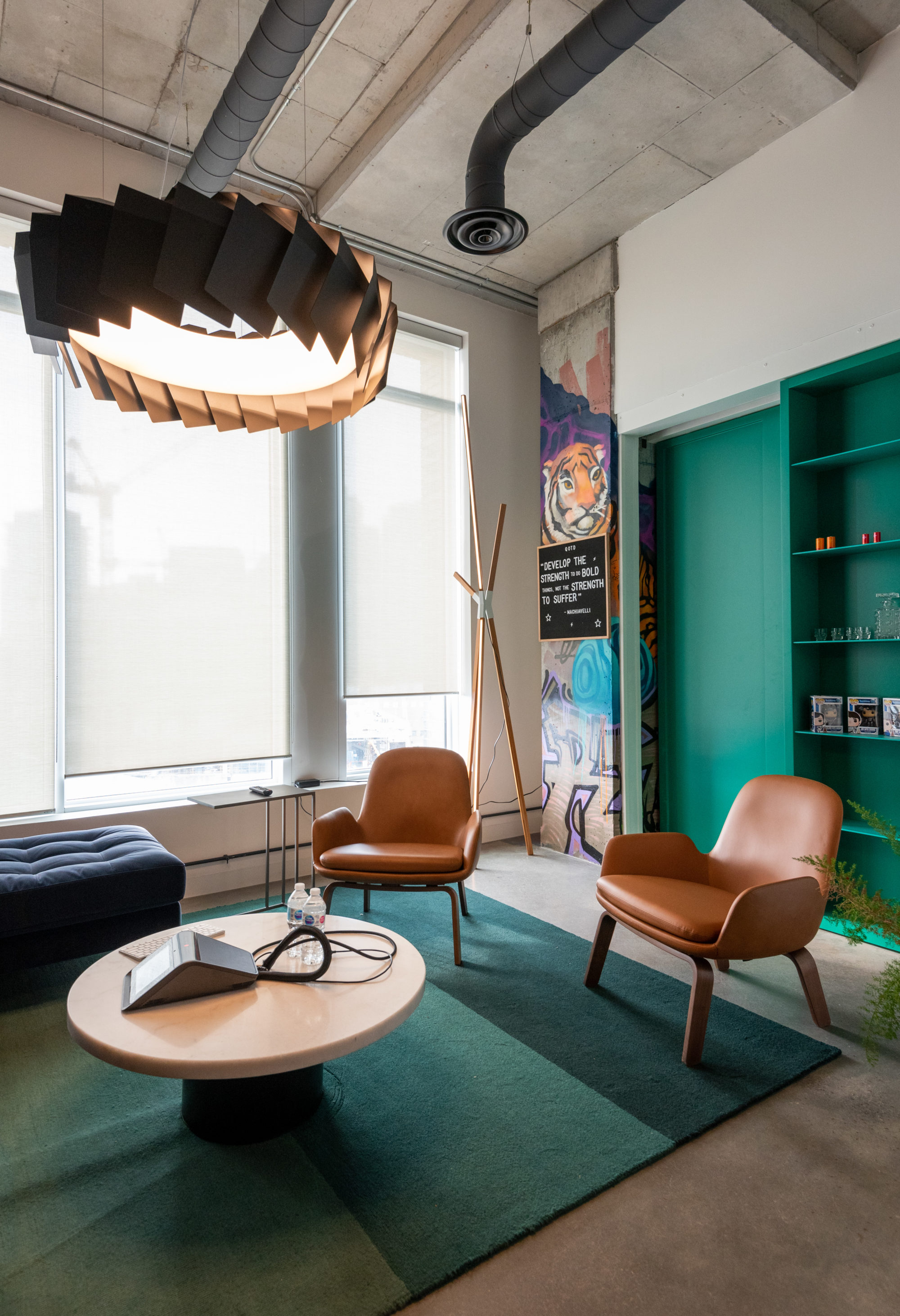 He shares his office with his co-founder, Wes Lui, and they’ve decorated the shelves with original artwork and swag from clients: 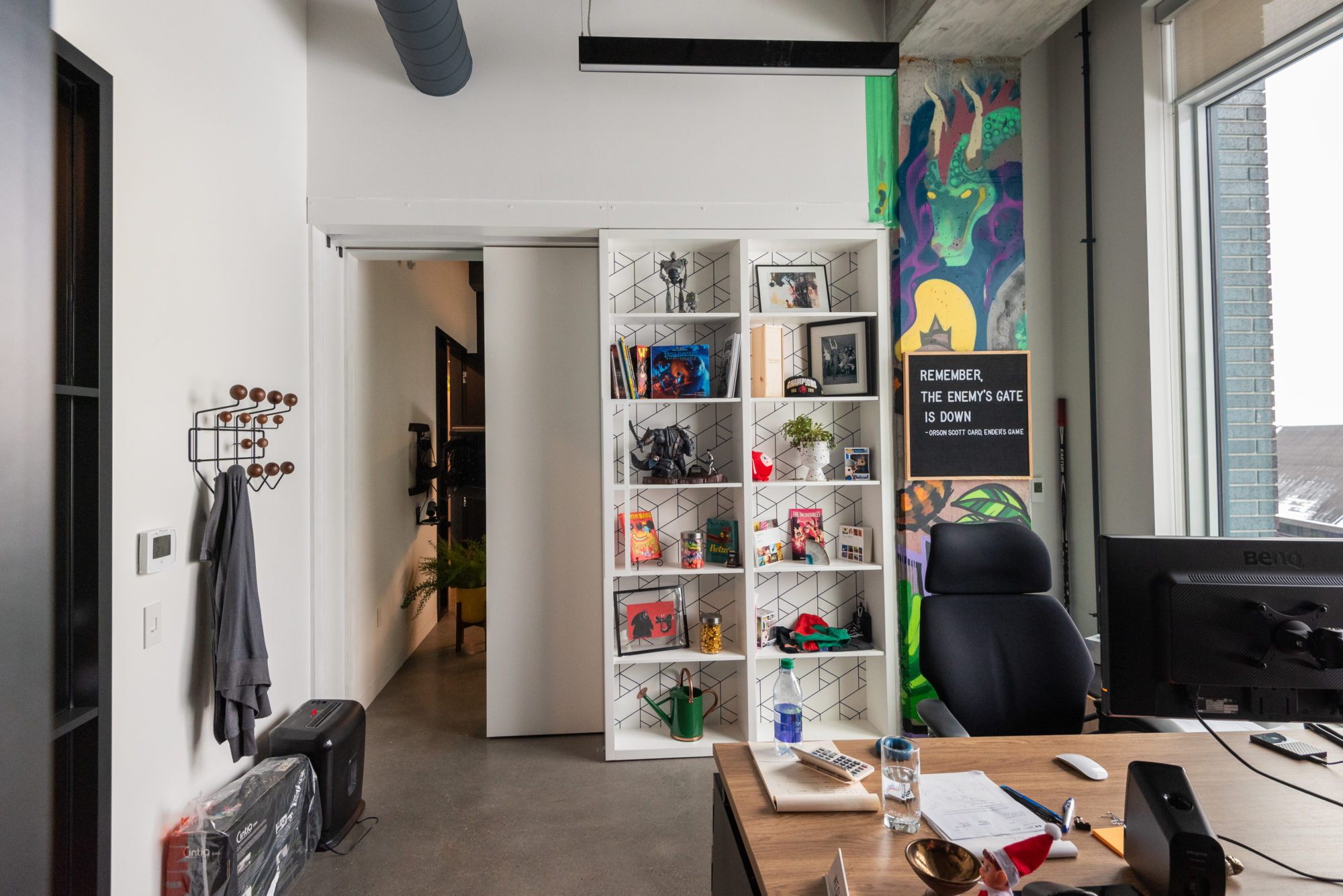 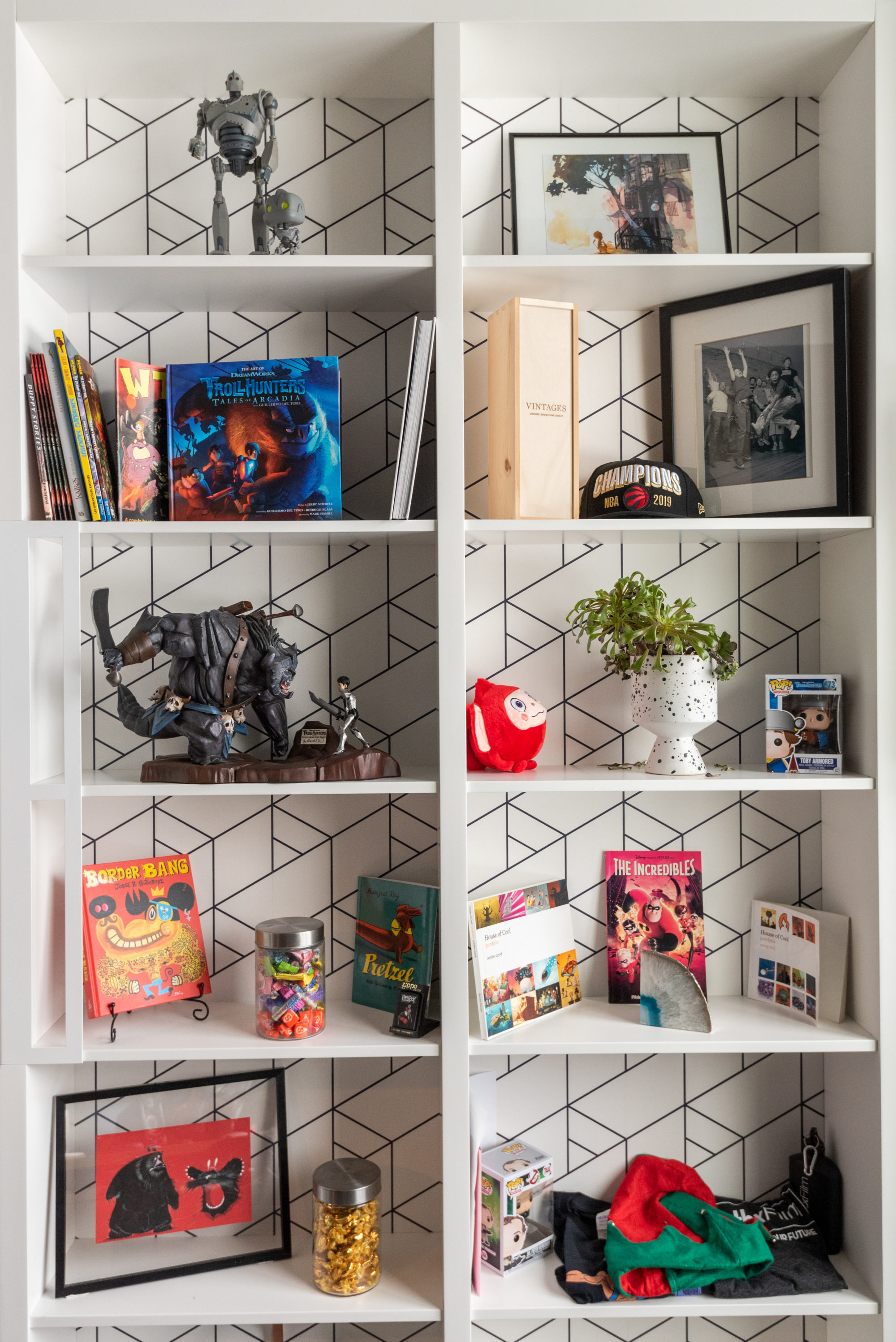 They love inspirational quotes. This one is from Machiavelli: 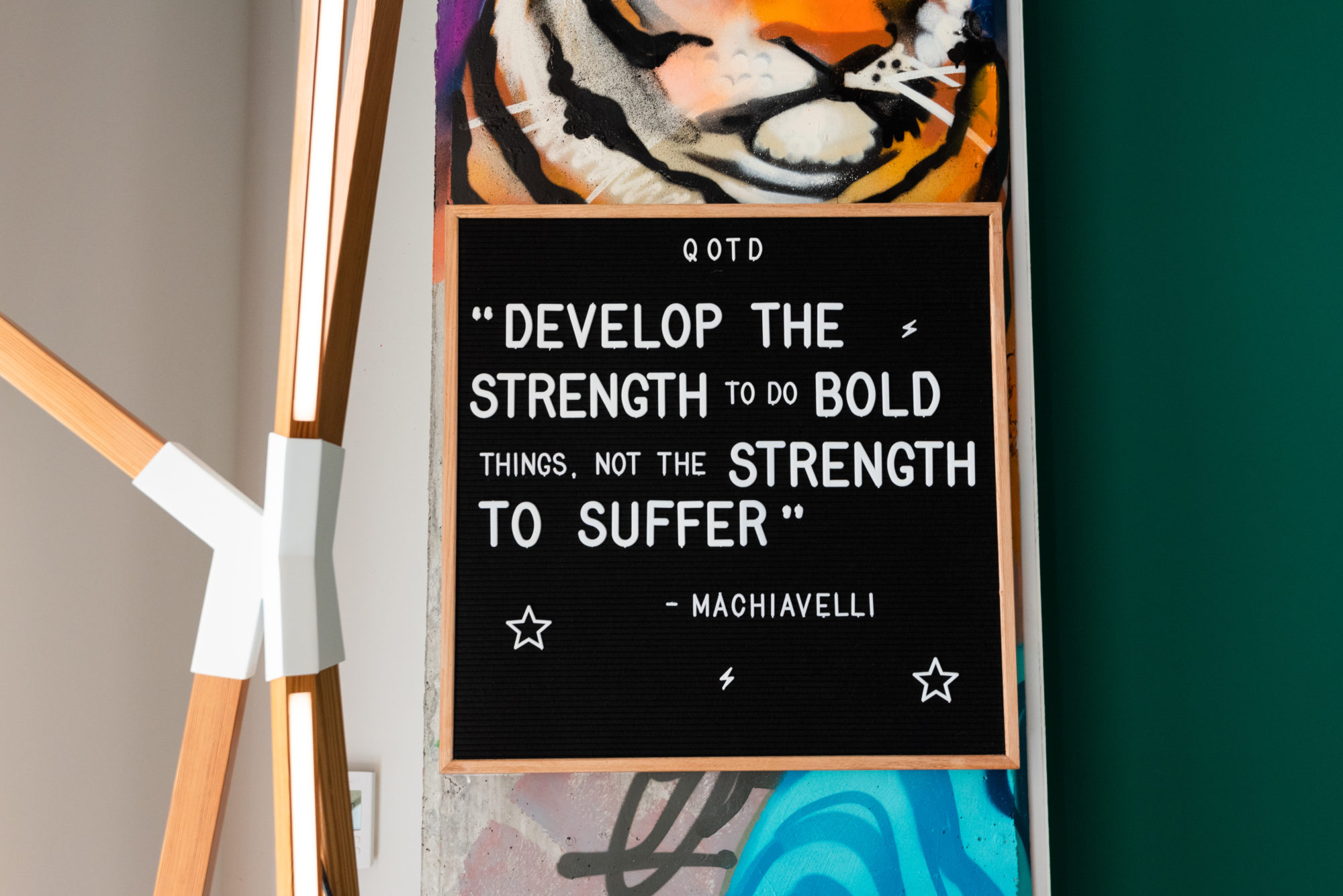 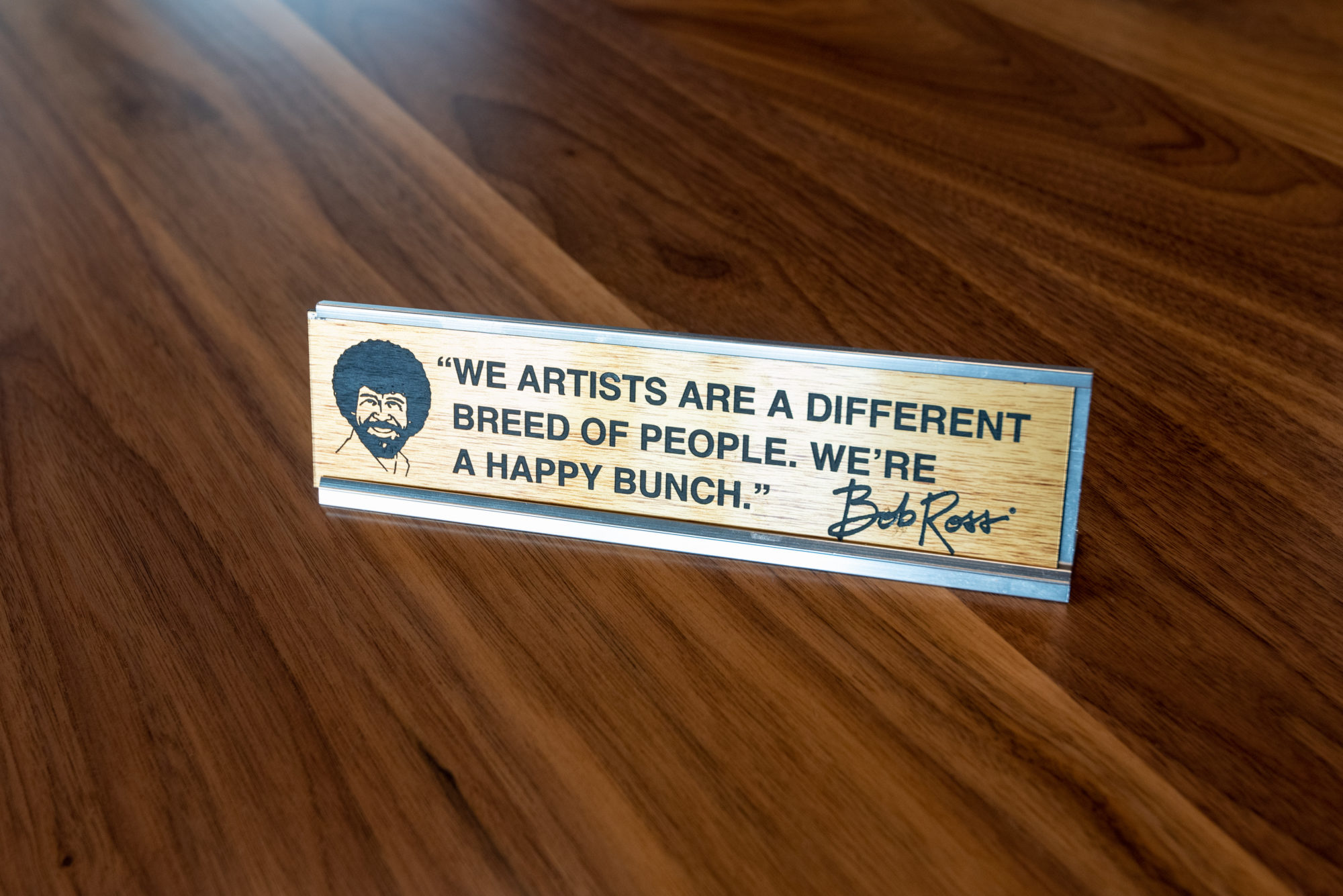