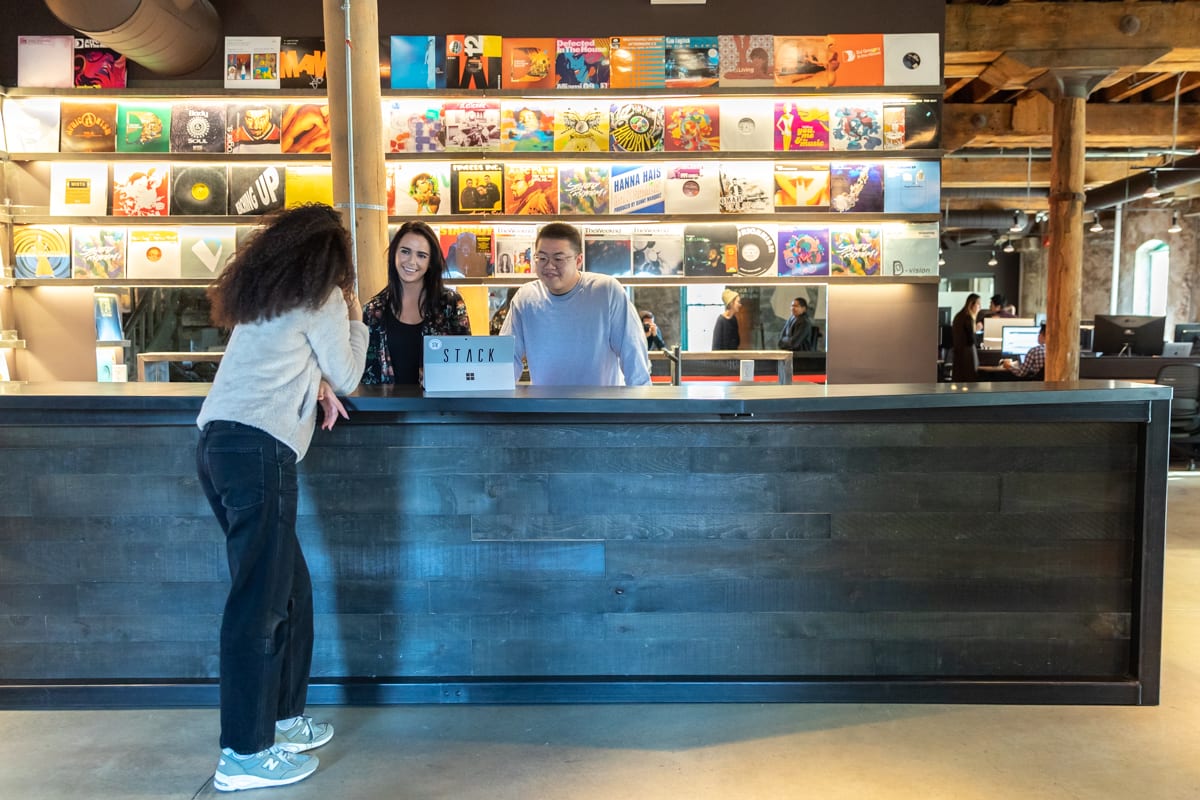 What: Fintech startup Stack’s headquarters
Where: The fourth floor of a historic Distillery District building
Size: 7,000 square feet for 53 employees

A decade ago, Miro Pavletic was part of the team that helped bring Virgin Mobile to Canada. At the time, Richard Branson was considering launching a bank, but he backed off after the 2008 recession. “It unlocked something in my and my co-founder’s minds,” says Pavletic. “What if we actually launched a bank that was a customer champion first, and a cool brand second?” He and his colleague, Nicolas Dinh, then spent the next 10 years working in traditional banking institutions like TD and CIBC, figuring out how they work, with the goal of creating their own banking startup. Two years ago, Pavletic quit his capital markets gig to launch Stack—an intuitive banking app with zero fees, cool perks and weekly spending tallies.

They quickly outgrew their first office in an old whiskey warehouse in the Distillery District, so when a space opened up two floors above, they pounced, turning their old digs into a customer service call centre. The new space was originally four separate offices, so they spent two months knocking down walls while preserving and highlighting the building’s existing historic features—all the original piping and tanks are still intact. They worked with designers Lebel and Boulaine to personalize the space to their taste. “We love music so we have music everywhere,” says Pavletic. “We also wanted it to be cozy.” Paveltic’s personal record collection is on display behind the bar, and their main boardroom is outfitted with plush couches instead of a formal table.

“It’s one of the oldest buildings in Toronto,” says Pavletic. “So it’s kind of cool that it’s now creating the future of money.” 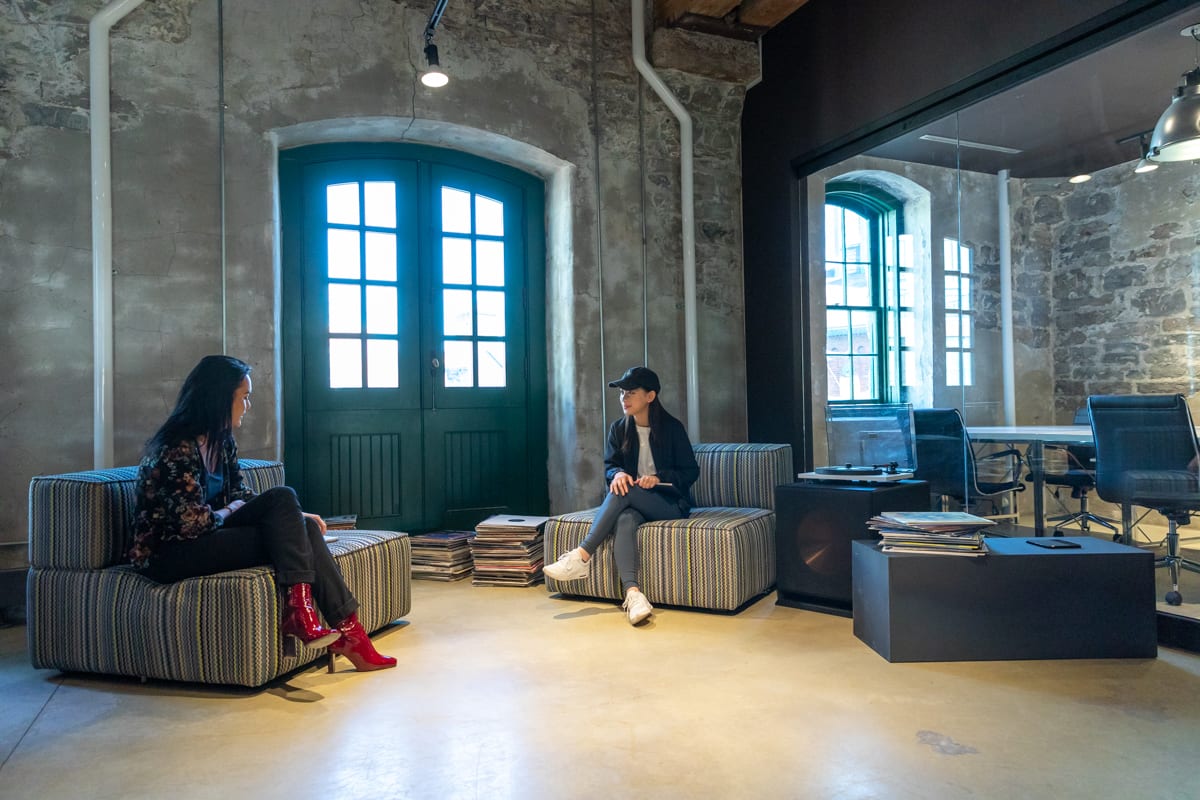 They wanted the kind of open space where they could host staff parties. They hold regular poker nights for employees: 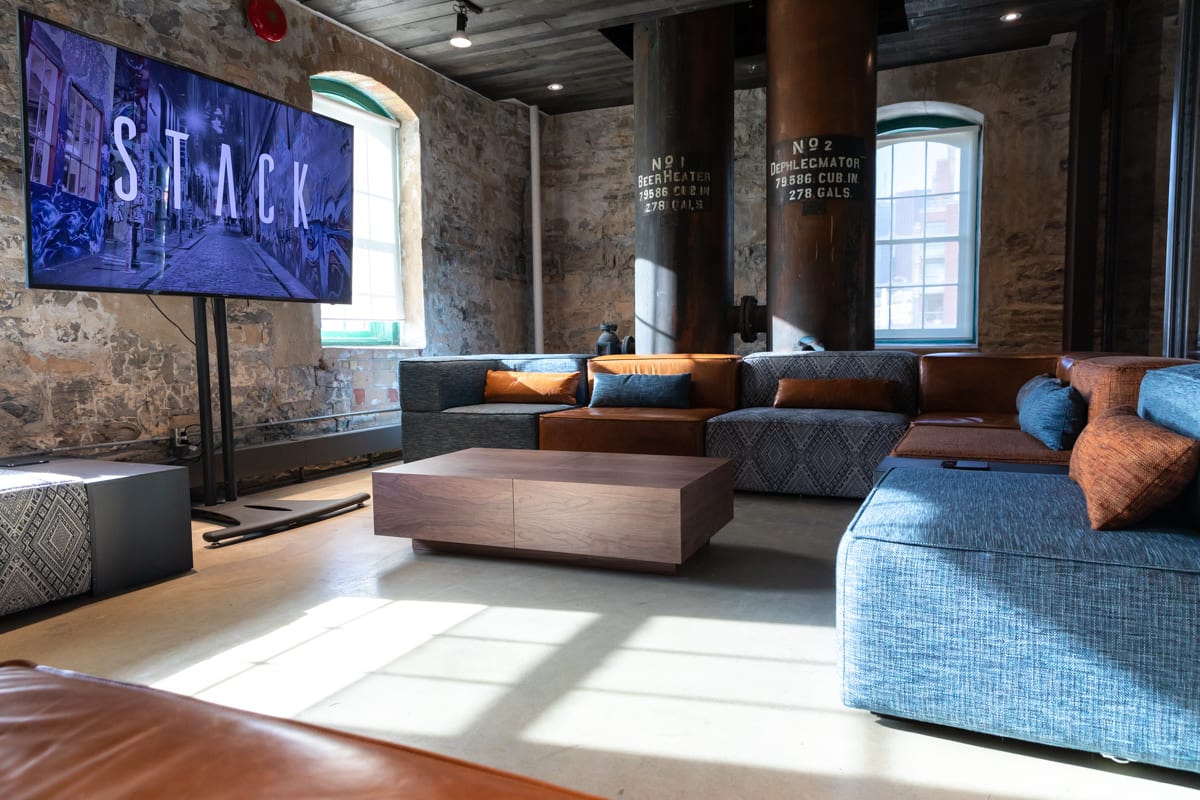 Here are a couple of the original whiskey tanks: 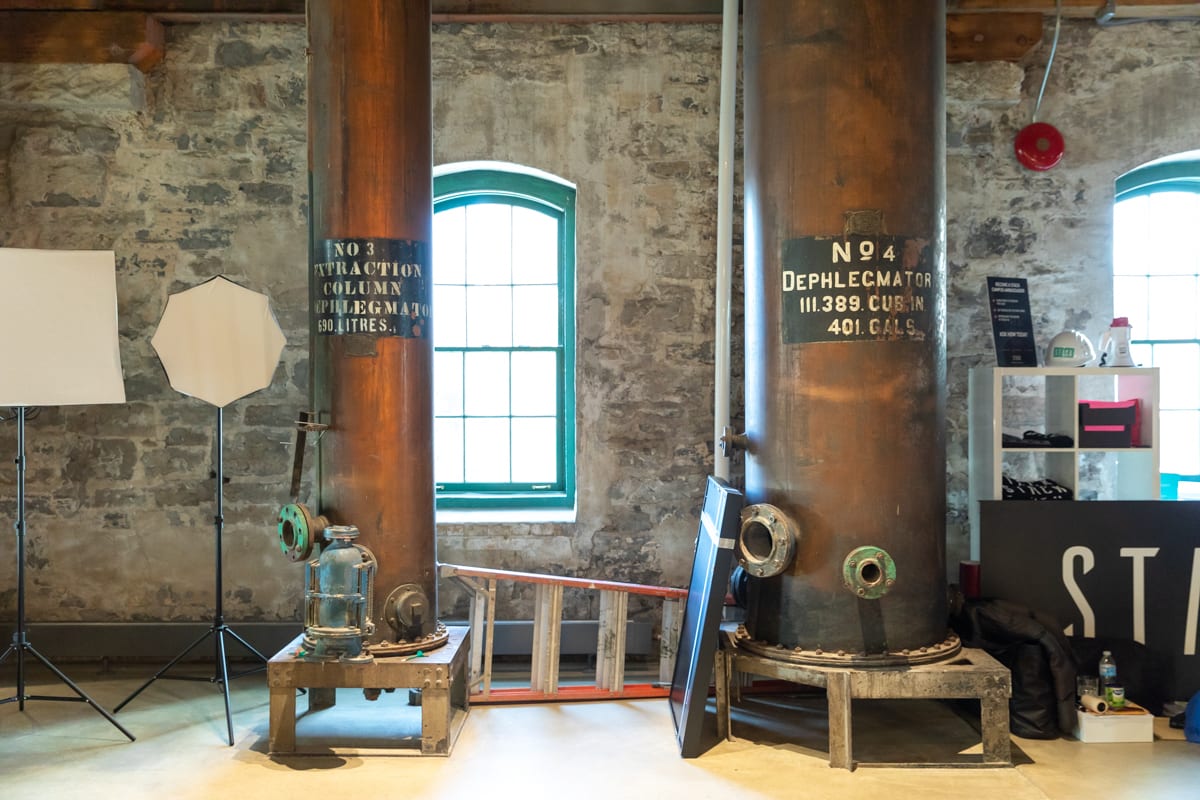 Instead of white boards, they installed “red boards,” which they write on with white markers: 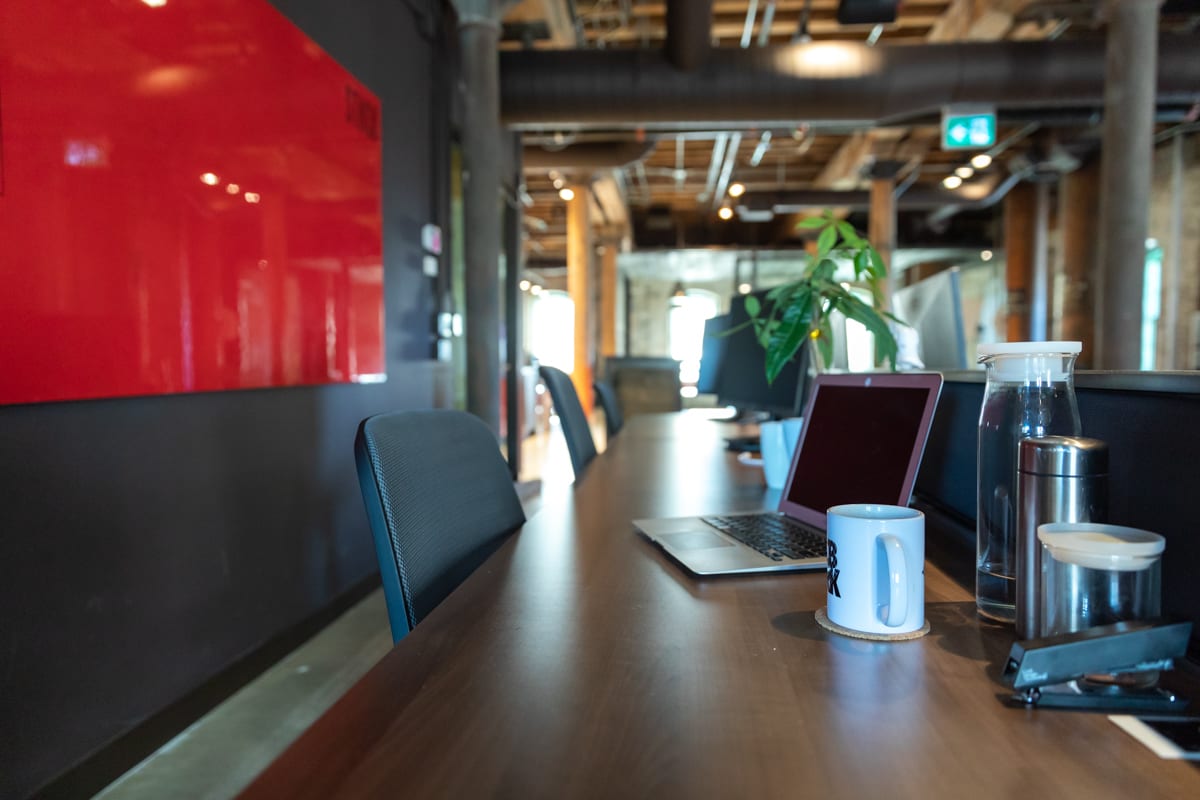 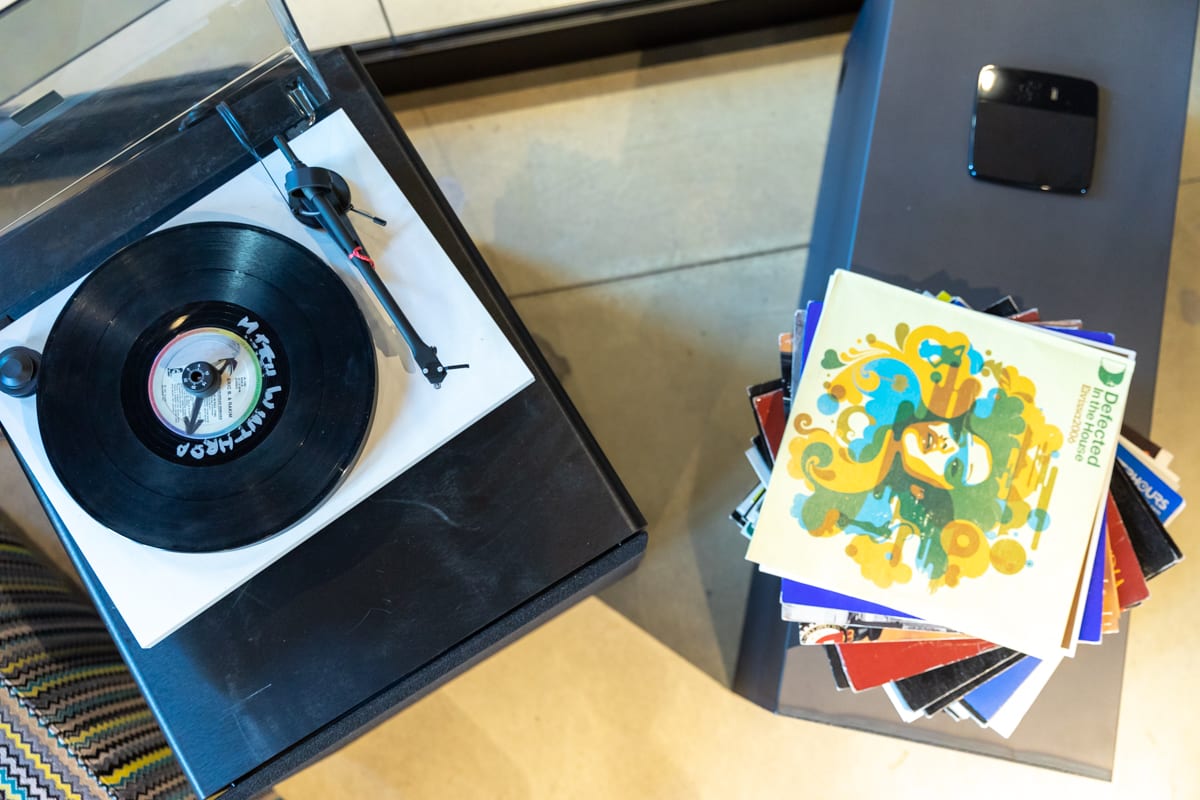