Imagining a world where disability is included

Imagining a world where disability is included

“If you have imagination and determination, the possibilities are endless. [People should] know kids with disabilities have more potential than they think.”

When he’s not studying black holes or solving string theory for fun, eight-year-old Rehan dreams of blasting off into outer space and becoming a doctor.

“By the time I grow up, I imagine we could be living in space! I want to be a doctor on another planet to help kids on those planets,” says Rehan.

Rehan’s passion for science is related to his own experience of cerebral palsy and Autism Spectrum Disorder—and the care he’s received at Holland Bloorview Kids Rehabilitation Hospital.

“My doctors at Holland Bloorview inspire me.”

Holland Bloorview believes in creating a world where all youth and children are included. Every year Holland Bloorview helps over 8,500 kids and youth with disabilities and complex medical needs access care that focuses on their physical, mental and emotional well-being.

“My dream is to build awareness and not let kids with disabilities be excluded,” says Rehan.

Kids with disabilities routinely face ableism—discrimination towards someone based on their abilities—often in the form of whispers, staring, bullying and name-calling. Ableism has far-reaching impacts on our world, from inaccessible public spaces and transit, to a lack of authentic disability representation in media, to discriminatory hiring practices.

Rehan wants to help change that. That’s why he’s joining Holland Bloorview in the Imagine Everybody campaign and urging Canadians to imagine a future where disability is included. 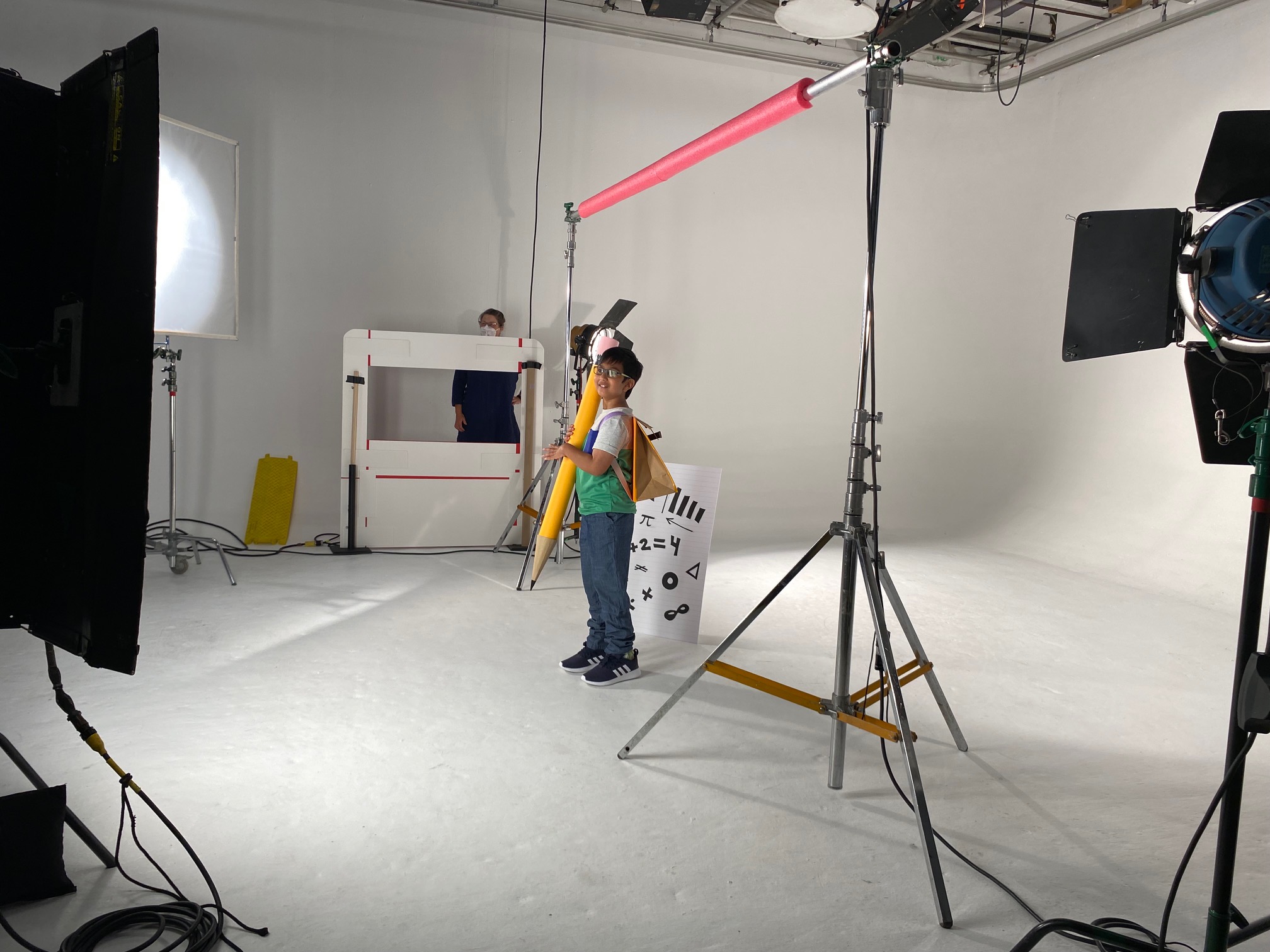 Imagine Everybody aims to create a world that embraces disability and possibility. It sends a powerful message that kids and youth with disabilities and medical complexity deserve to live in a world that gives them everything they need to participate meaningfully and fully in every aspect of society while removing physical, social and systemic barriers along the way.

“Imagine Everybody is another expression of Holland Bloorview’s leadership and desire to create change both in ourselves and the system,” said Sandra Hawken, president and CEO, Holland Bloorview Foundation. “We want to break down barriers to inclusion for kids and youth. In the longer term, we hope to see shifts in attitude and behaviour that reflect this new reality. This means, for example, more classrooms that are inclusive, better employment rates and accessible workplaces for people with disabilities, more accessible public spaces and more authentic and anti-ableist representation of disability in media.”

According to a recent survey by Canadian polling firm Leger, only about one in 10 respondents have seen examples of technological, social or systemic disability inclusion in their most recent school or educational institution. This includes things such as the use of voice recognition technology, disability inclusion training or inclusive policy design.

Holland Bloorview is ready to challenge the world’s imagination to create a world that is inclusive and accessible beyond your wildest imagination.

As for what it takes to build a future without ableism, Rehan says it best.

“If you have imagination and determination, the possibilities are endless. I want people to know that kids with disabilities have a higher potential than they may think.”

Kids with disabilities are already imagining and dreaming big when it comes to their hopes and dreams for an inclusive and accessible future. Now it’s your turn.

You can help Holland Bloorview create a world where disability is included. Donate now at ImagineEverybody.ca.

Your donation invests in world-class care for kids and youth with disabilities, helps to bring out-of-this-world research to life and changes the future of disability inclusion as we know it.

Together we can create a world where disability is included.