“I didn’t want to expose my guests to the virus”: An ER nurse received a surprise reception after her wedding was postponed

“I didn’t want to expose my guests to the virus”: An ER nurse received a surprise reception after her wedding was postponed 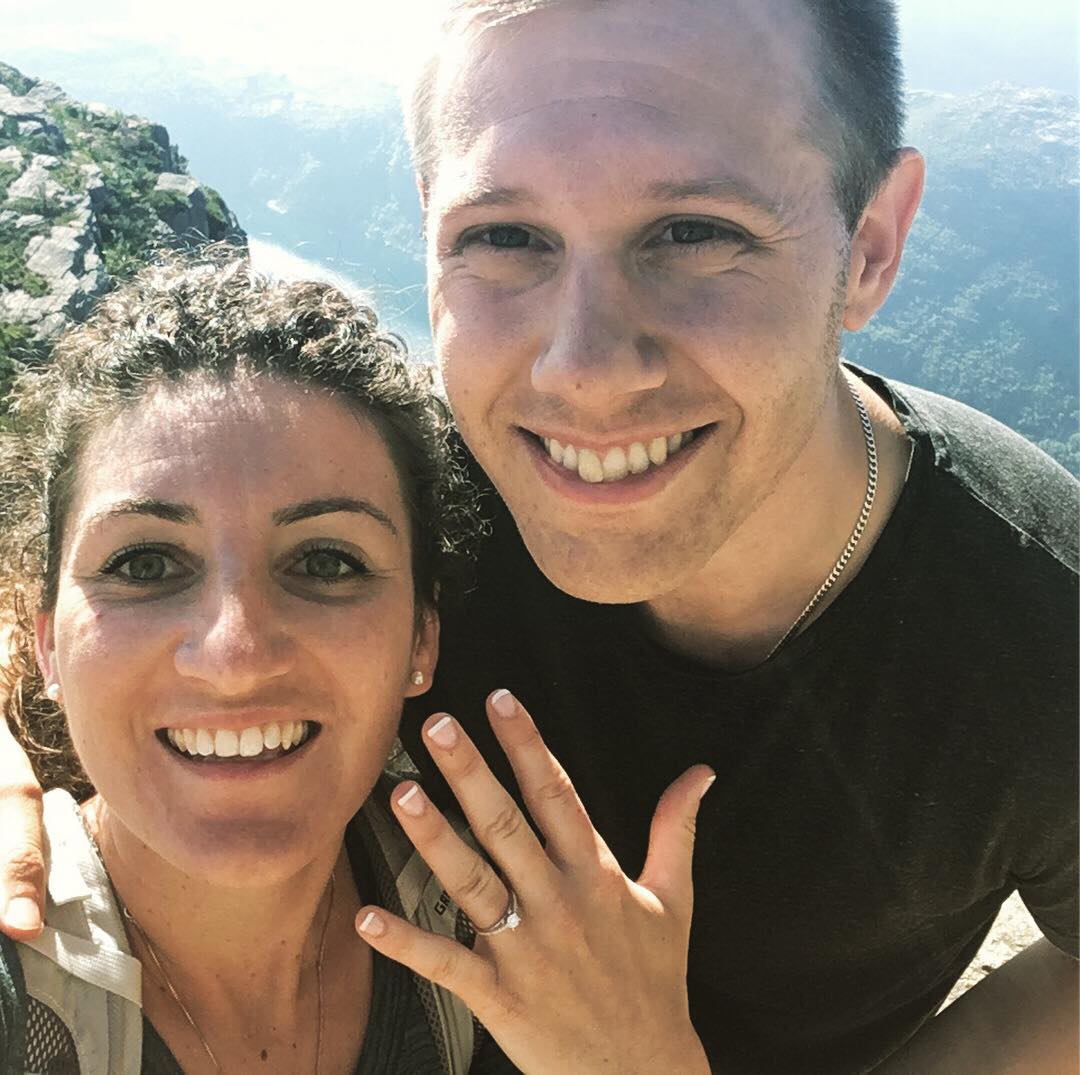 My mom is a nurse practitioner and spent her whole career in the ER. Growing up, I always heard about how awesome she was at her job. I was inspired by her stories about helping people. I’ve always loved biology, which I studied at the University of Waterloo, but early on, I knew lab work wasn’t for me. There wasn’t enough human interaction.

During university, I did a co-op placement in palliative care. That was it: I knew I wanted to work in health care. I graduated and went to nursing school at U of T. In 2017, I followed in my mother’s footsteps and started working in the ER. For the last two years, I’ve worked as a registered nurse in the emergency department at the same Kitchener hospital as my mother.

My partner, Kyle Dekker, is a senior product designer at a tech start-up in Waterloo. I’ve known him for years. He ran at the same track club where my brother, sister and I trained. He was good friends with my younger brother, Ben, mainly because they’re both talented and competitive distance runners. In 2013, Kyle drove Ben home from a race when I was unable to, and I reached out to thank him. From there, we started chatting and decided to meet up at a Boston Pizza in Kitchener. We had a lot in common, and both loved running, hiking, travel and sports. In the early days of our relationship, we went to sporting events together and supported my brother at local races.

Five years into our relationship, we took a vacation to Norway: a two-week road trip hitting up major cities like Oslo, Stavanger, Bergen, Trondheim and Lillehammer. Kyle proposed during a breathtaking four-hour hike of Preikestolen, where trail-savvy visitors trek the top of a wall of rock overlooking rocky peaks and indigo waters. We set the date for two years later—April 4, 2020—so we wouldn’t overlap with my sister’s wedding, scheduled for June 2019.

We planned a simple ceremony with 220 guests at Doon Chapel in Kitchener, followed by a reception at Edelweiss Banquet Hall. We wanted a fun, casual wedding with a short ceremony. Our officiants were an older couple we met during wedding planning. They were sweet and easygoing and open to us shaping the ceremony as we wanted.

I stayed well-informed during the early days of the coronavirus. On March 10, I was still in the middle of planning my wedding, which was less than 30 days away, when a groomsman from England told us he likely couldn’t travel. That was the moment we realized things were going to change quite quickly. I remember thinking, Oh my god. If he can’t make it, a lot of people probably can’t make it either. Some of the other guests were starting to worry. We waited in limbo over the next few days, watching the world shut down before our eyes. That was the most stressful time in the whole ordeal: not knowing what was going to happen. As the cases multiplied in Ontario and I continued to work in the ER, I didn’t want to expose my guests to the virus. When we heard that the borders could close, we knew our plans were off.

On March 16, we officially cancelled our wedding. I didn’t want everyone to think we were devastated, so we sent out an optimistic message to our guests: “Be prepared for a fantastic dance party and wedding in the future.” We kept the tone light and upbeat. Everyone was supportive and positive, and Kyle and I knew we’d done the right thing. We were sad, but not overwhelmingly so. 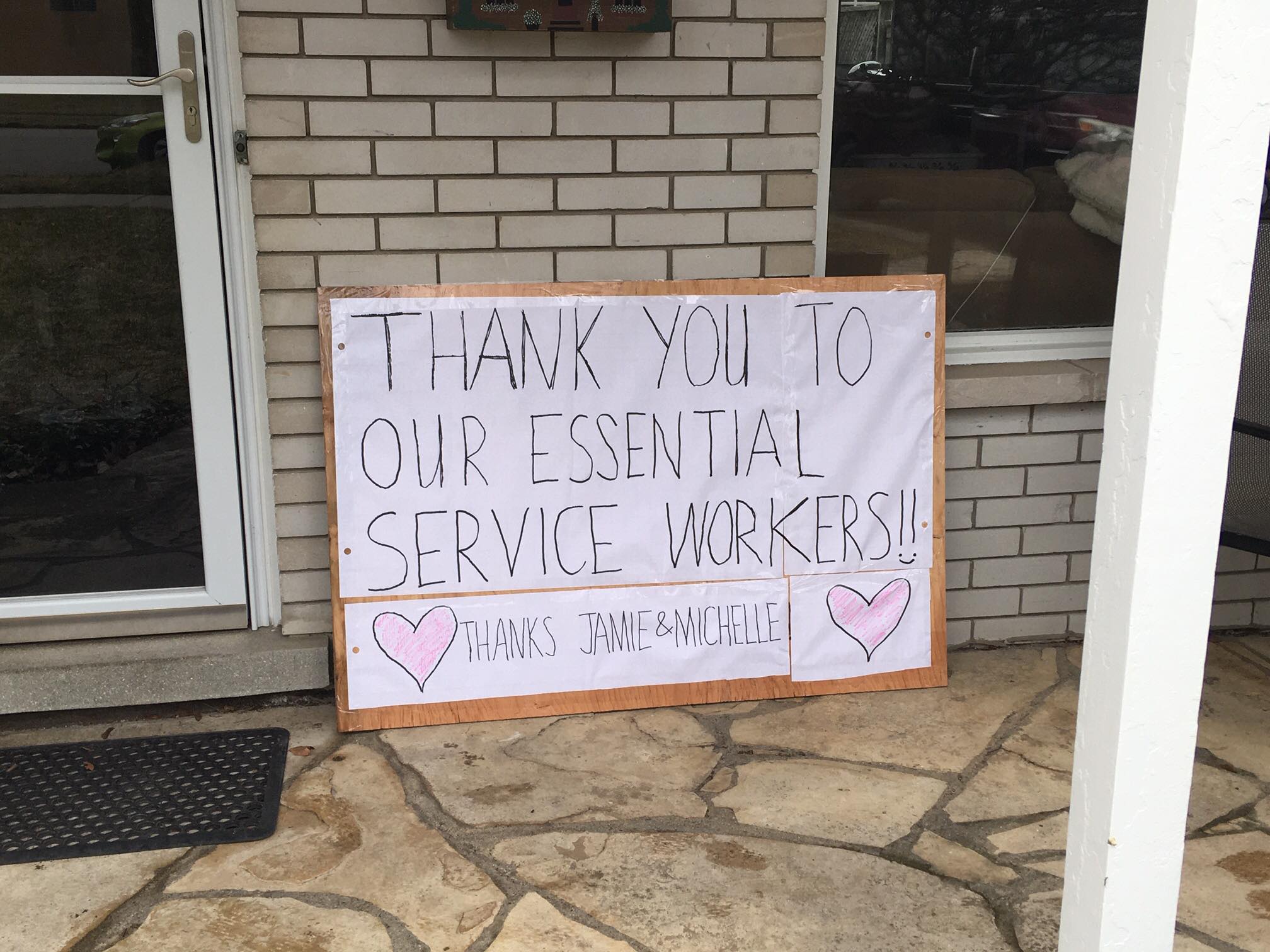 At the hospital, we treat anybody who comes into the emergency department—for whatever reason—as a team. Right now, my schedule is the same: I work two 12-hour day shifts and two 12-hour night shifts, back to back. Before a shift, I shower and sanitize. After a shift, I do the routine again when I come home. It’s a crazy time, but the community has been amazing. Our neighbours have been reaching out to show support. I often hear pots and pans banging at 7:30 p.m. I’ve arrived home to a thank-you sign outside. And once, a neighbour dropped off a pie on the doorstep. Sometimes I get worried, but I’m diligent about following the guidelines to keep myself and my family safe.

Our cancelled wedding day was bittersweet. Kyle and I planned to enjoy the little things, like sleeping in in the morning and, in Kyle’s case, going for a run. One by one, family and friends surprised us with socially distanced acts of kindness: delivering baked goods, treats and beer on our doorstep.

The biggest surprise of the day was when my father sent me a compilation video of 37 guests from Kitchener-Waterloo, Toronto, Vancouver and Charlottesville, Virginia, dancing to our wedding song. It was so touching, and tears flowed down my cheeks as I watched my friends and family—accompanied by happy pets—dressed in hoodies, sweatpants, pyjamas or formalwear dancing to Elton John’s “Your Song.” I was grateful that so many people put the effort in to do something nice for us. It wasn’t what we’d planned, but it was special nevertheless. I wore a white T-shirt with “Bride” scrolled in cursive on the front, and Kyle wore a hockey jersey that a friend of his had given him as a wedding gift. We cut a vanilla cupcake from the Cake Box and danced in our living room. 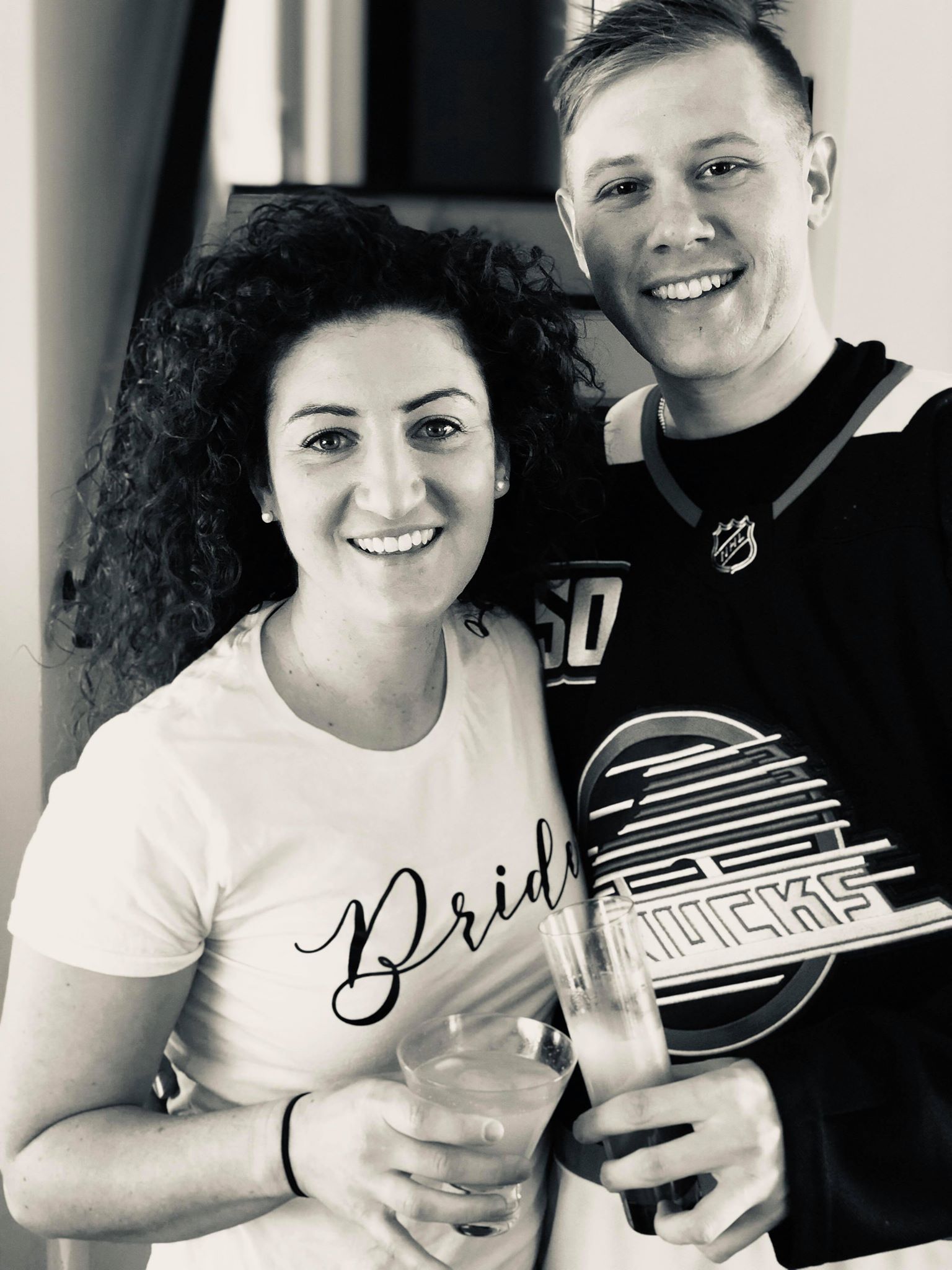 My brother Ben had a solid chance of qualifying for the 5,000- and 10,000-metre races at the Tokyo Olympics, and we’d planned to attend after the wedding. A month ago, I couldn’t have predicted that my wedding would be cancelled, and instead of flying to Japan to watch Ben run for Team Canada, I’d be in the ER working full time in scrubs during a global health crisis. Kyle and I hope to get married in November if large gatherings are allowed by then. We’re hopeful, but we’ll go with the flow on that one too.

–As told to Sinead Mulhern