The golden age of memoir

The golden age of memoir

A year ago, Toronto Life published “The Good Wife,” a powerful memoir by Samra Zafar. In vivid, heart­breaking detail, she wrote about her arranged marriage, her forced move from the Middle East to Canada, her abusive husband, and her heroic escape, which involved secretly putting herself through university. She’s now an account manager at RBC. Her story, which was both horrific and inspiring, resonated deeply with readers around the world and became the most-read article on torontolife.com in 2017.

It also transformed Samra’s already remarkable life. She became a sought-after inspirational speaker. She’s launching a non-profit, Brave Beginnings, to help women like her who have escaped abusive marriages. And she’s working on a book about her life, which is slated to be published early next year.

I loved Samra’s story: the intimacy, the honesty, the rawness of it. I also learned a lot from it: the way arranged marriages work, the way abuse can be hidden in plain sight and the support women in abusive marriages need to gain independence. Great first-person journalism goes beyond the author’s experiences to tell us something about the world in which we live. It’s often my favourite kind of journalism.

As it turns out, I’m not alone in my love of the genre. Long-form magazine memoirs are experiencing something of a golden age. Last year, Chartbeat, the American company that tracks reader engagement, revealed that the most-read article online in the U.S. was a jaw-dropping memoir in the Atlantic called “My Family’s Slave.” In that story, the late Filipino-American writer Alex Tizon described, with considerable shame, the woman who lived with his immigrant parents for decades providing unpaid labour. It seems like every day I read an astonishing piece of confessional writing: Salma Hayek’s account of the nightmare of working with Harvey Weinstein or Lena Dunham’s memoir of her hysterectomy at age 31. One of the most eye-opening things I read in the Globe and Mail this year was Hadiya Roderique’s memoir “Black on Bay Street.”

Why are personal stories so powerful in the Internet age? Is it because in the cacophony of our social media feeds, where people so often babble just to get attention, a thoughtful, carefully crafted, true confession is so welcome?

Or maybe magazine memoirs have always been popular; it’s just that now we are better able to quantify readership. In the pre-digital age, when media companies couldn’t track a story’s reach, memoir writing, considered unserious, was relegated to newspaper lifestyle pages, women’s magazines and other arenas designed primarily for female readers. Now we have data proving that memoirs are one of the most popular forms of storytelling and that they can be just as powerful, high-impact and memorable as more traditional reportage—if not more so. 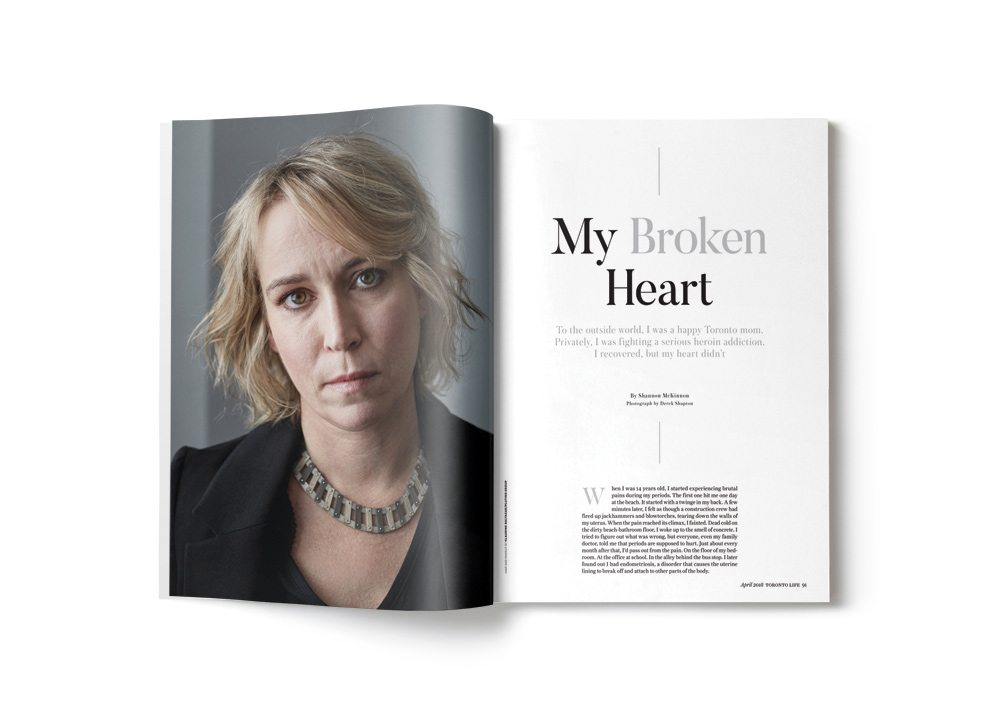 In “My Broken Heart,” ­Shannon McKinnon writes about her struggle with endometriosis, and how a Percocet prescription for the pain turned into an OxyContin addiction, which led her to heroin. It’s a cautionary tale if ever there was one. Along the way McKinnon lost her job, her home and her marriage. In addition, her long-term drug use left her with endocarditis, a life-threatening heart condition. It’s a chilling case study in how drug addiction works, how easy it is for a stable person to find herself in trouble, and how recovery, with the right support, is possible.