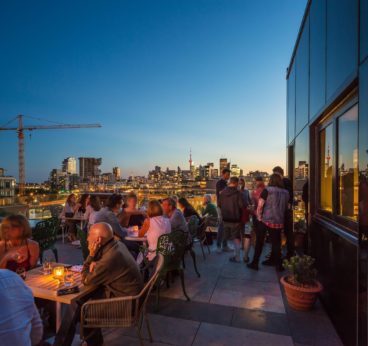 10 cool things to check out this summer

The season is precious and fleeting: don’t squander it complaining about the heat. Get out there and live a little

Patio with a view: Broadview Hotel

1 A visit to the city’s hottest ­terrace comes with a conundrum: do you pick a seat ­facing out over the unbeatable 360-degree view of the Toronto skyline, or one facing in, where you’ll find the best people-watching this side of the Don River? Since opening last summer, the Broadview has more than lived up to its hype as the east end’s answer to the Drake, right down to the hipster-approved backstory: in its former life, it was the fabled Jilly’s strip club. Funky furniture and gracious service complete the urban oasis fantasy. The cocktails help, too: we like the Becky With the Good Hair, made with vodka, OJ, carrot juice, coconut water and allspice syrup. $14. 106 Broadview Ave., 416-362-8439, thebroadviewhotel.ca. 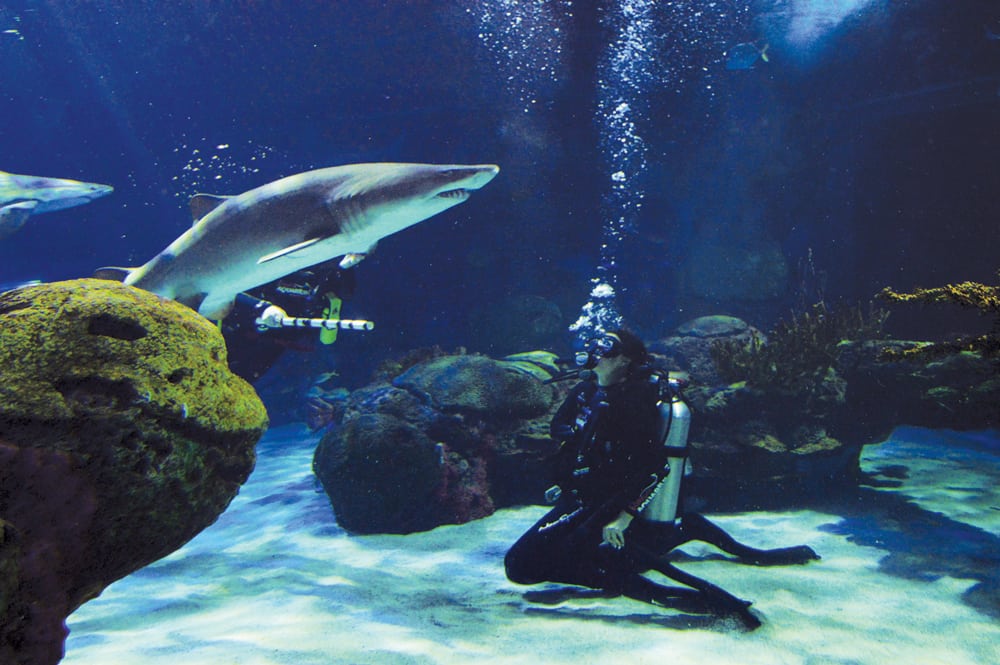 2 The best way to avoid the crowds at the city’s busiest tourist attraction is to see it from the other side of the glass. Divers get a behind-the-scenes tour of the facility, where they’ll see the filtration tanks, learn how the water is tested and visit the kitchen where the shark food gets made (the animals eat restaurant-grade seafood). Then, they’ll make like mermaids and complete a half-hour guided dive through the so-called Dangerous Lagoon, filled with grouper, moray eels, sea turtles, sawfish and, yes, sand tiger sharks, which look menacing but wouldn’t hurt a goldfish. $250. 288 Bremner Blvd., 647-351-3474, ripleyaquariums.com. 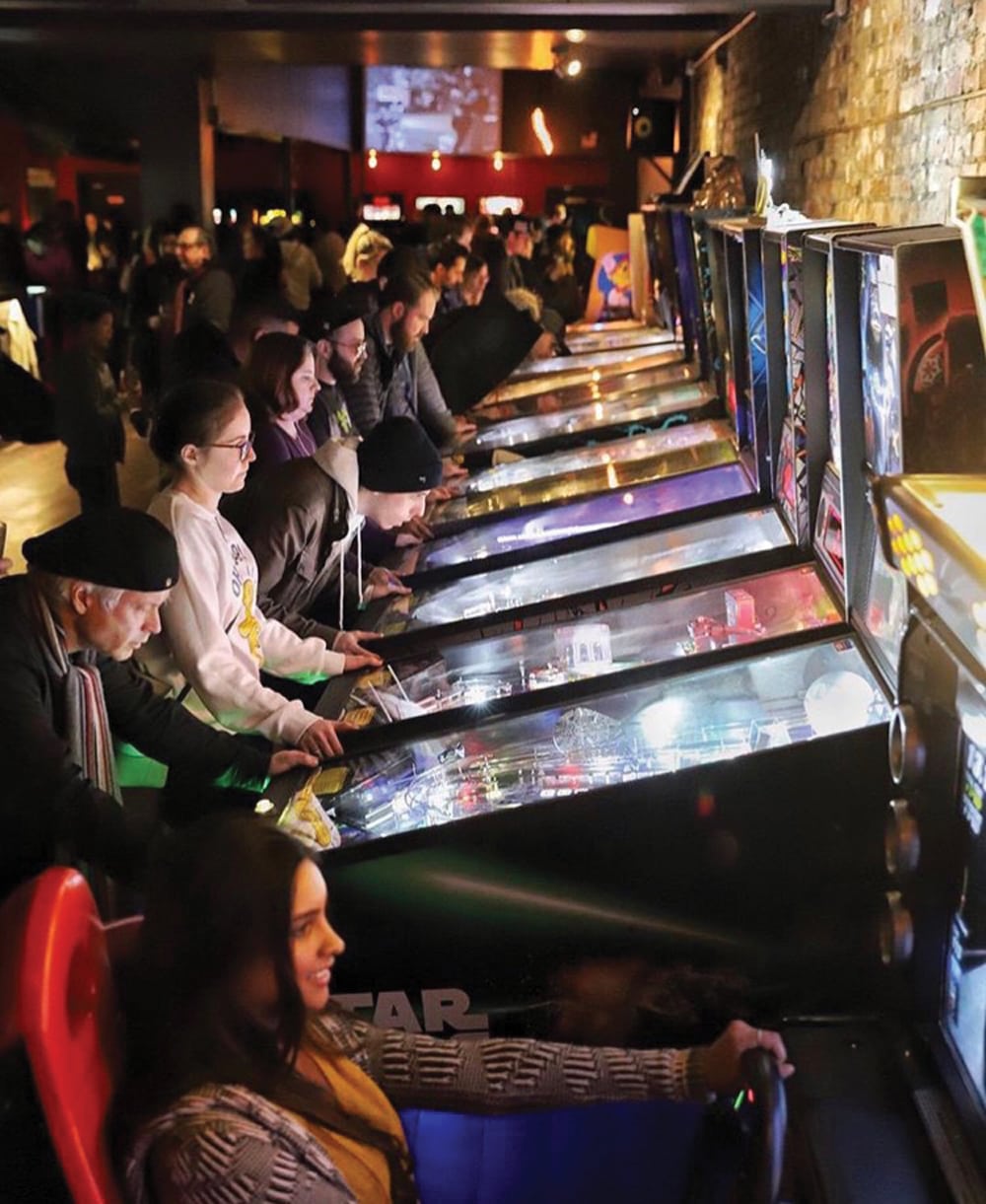 3 Toronto’s best barcade is the result of some careful bylaw bending: the city prohibits bars from having more than two arcade games, but Tilt’s owners skirted the rules by classifying the space as a club, with a $5 cover charge in exchange for unlimited access to the game collection. Which is bounteous, by the way: 200-plus vintage cabinets, rotated weekly, including treasures like Addams Family and Metallica pinball, Teenage Mutant Ninja Turtles, and Street Fighter II, along with Skee-Ball and bubble hockey. There are 20 local beers on tap (we like Clifford Brewing’s on-theme Pinball Wizard pale ale) and a menu loaded with greasy CNE food: pierogies, funnel cakes, corn dogs and dill-brined fries. 824 Dundas St. W., 416-551-8458, tilttoronto.com. 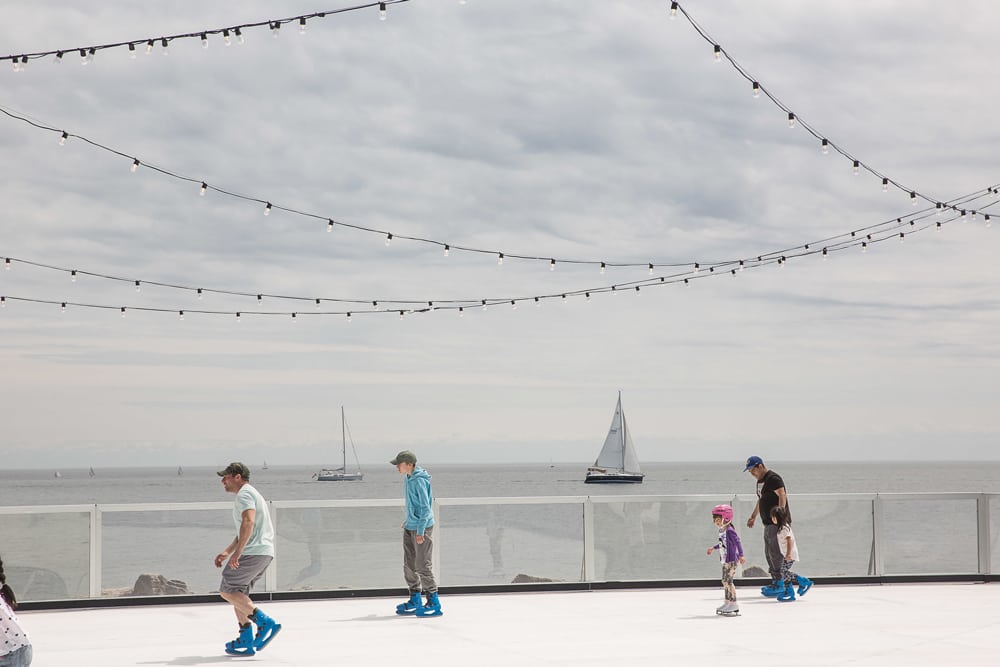 4 Ice-skating at the waterfront is one of the few truly magical things about winter in Toronto, and this year, Ontario Place is looking to summerize the frosty ­pastime. They’ve installed a synthetic polymer rink on the water’s edge, where Toron­tonians can live out their Tessa and Scott fantasies without freezing their toes off. After they’ve perfected the triple Salchow, visitors can check out the nearby Ping-Pong tables and volleyball courts to get the full beach party experience. 955 Lake Shore Blvd. W., ontarioplace.com. 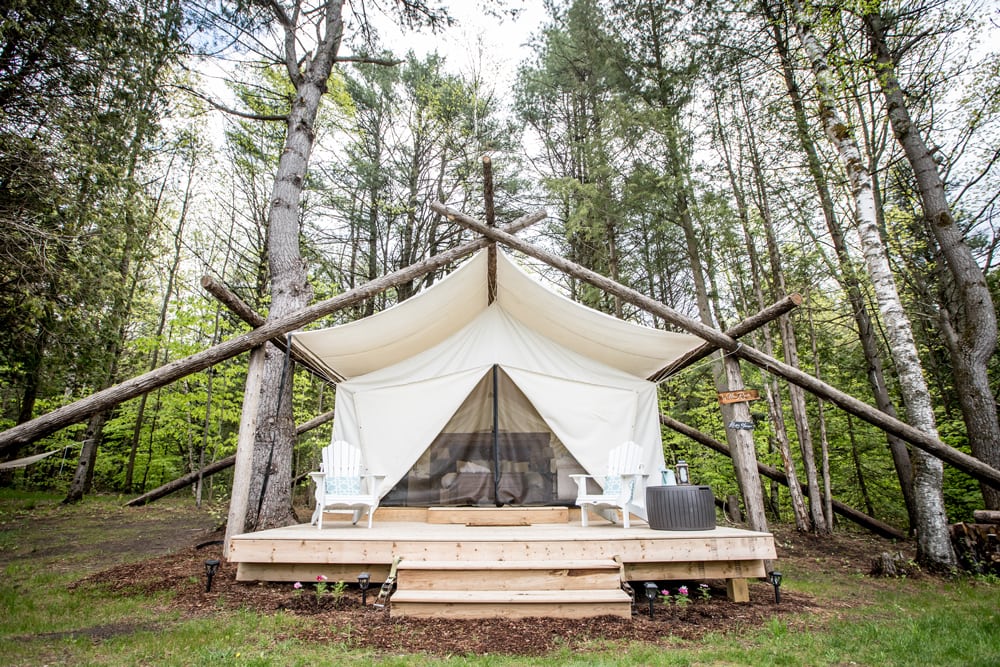 5 John Corcoran is an expert in the art of pampering: his family owns Ste. Anne’s Spa. Last summer, after living on a sailboat in the Bahamas for a decade, John and his wife, Nancy, opened a sumptuous glamping oasis an hour and a half outside the city. Each of the 10 swanky safari tents has a massive soaker tub, a private barbecue and a ­king-size bed made from reclaimed barn beams or birch. Some tents look out over horses in the pasture, while others sit next to the property’s glittering spring-fed ponds. This year, the ­Corcorans have upped the luxury with a saltwater pool, an outdoor pizza oven, room service and an organic vegetable garden. From $295 per night. 141 Mercer Ln., Grafton, 905-349-1009, whisperingsprings.ca. 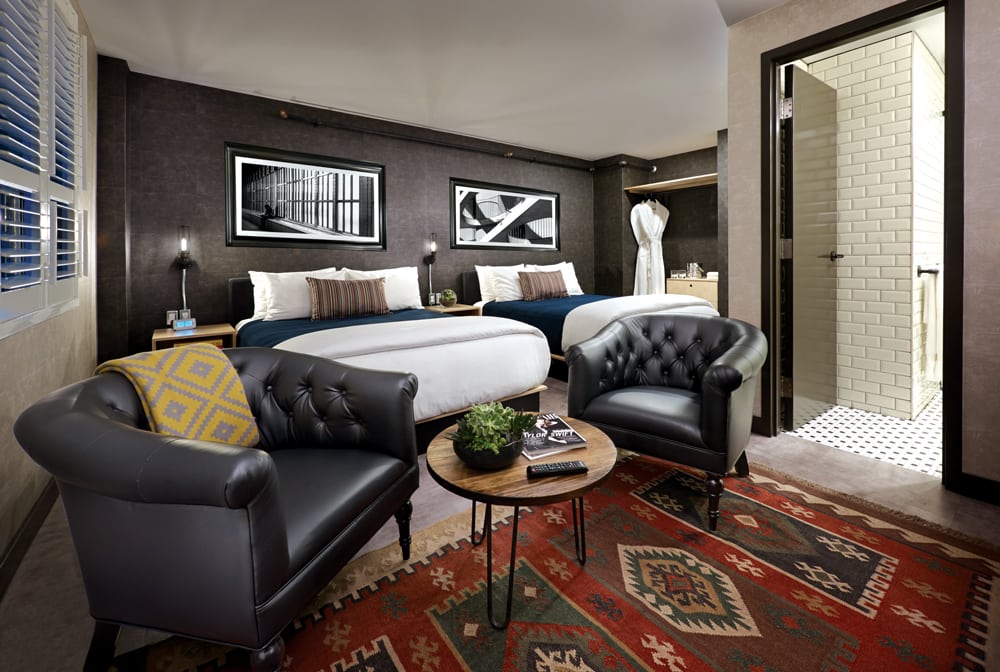 A staycation destination: The Anndore House

6 A former Comfort Inn off a dodgy stretch of Yonge Street has transformed into a Mad Men–style masterpiece, with large mid-century-modern-style rooms, complete with record players and vintage art. The main floor has everything you need to never leave the building, including a café, Crows Nest barbershop, and Constantine, an excellent Mediterranean restaurant from La Palma chef Craig Harding. If your goal is to go off the grid entirely, the digital check-in system and room-service app ensure you never have to interact with another human being. From $299 per night. 15 Charles St. E., 416-924-1222, theanndorehouse.com. 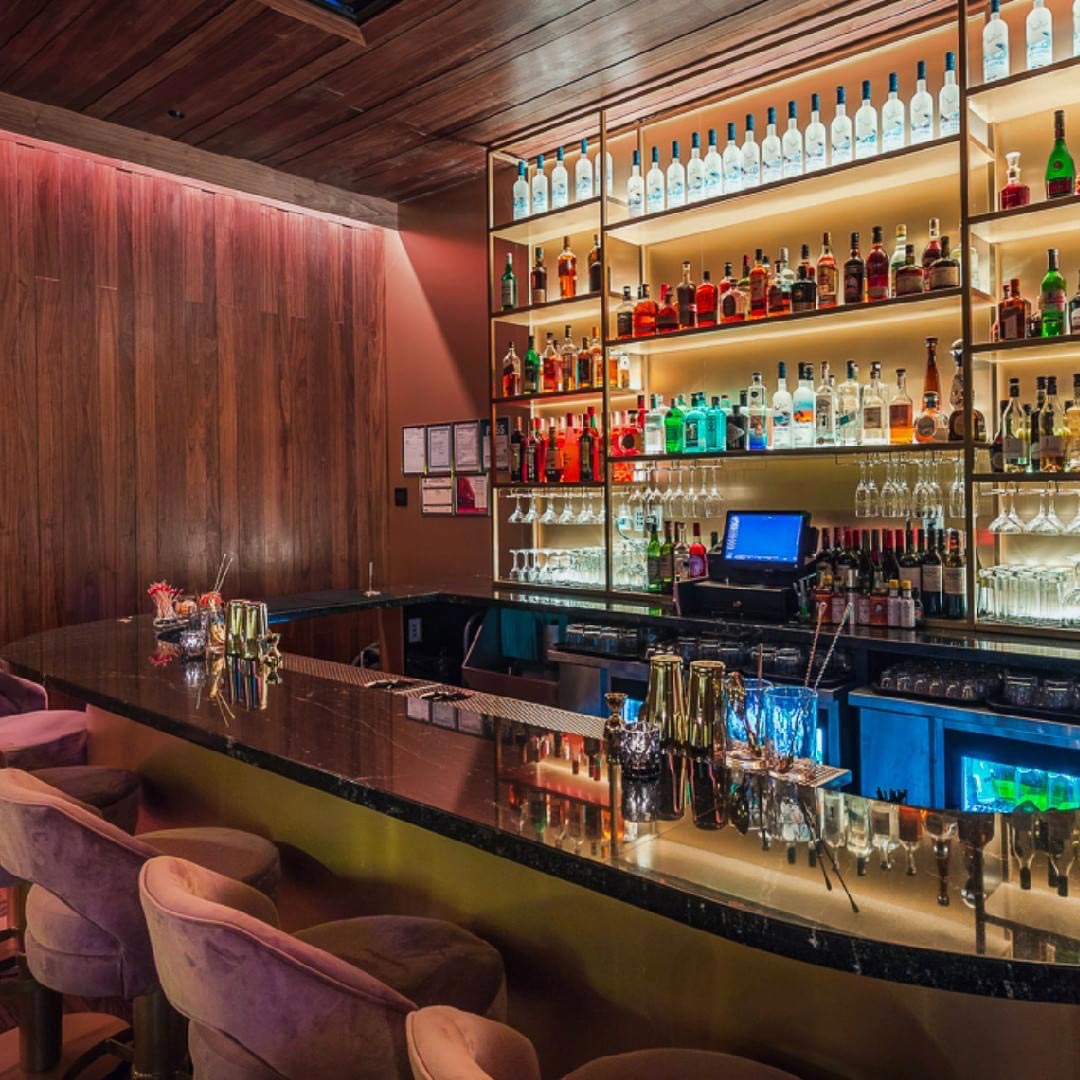 Over the top bottle service: Goldie

7 At most Toronto clubs, ­bottle service is code for a cramped booth with cheap vodka, apathetic service and shiny pleather couches that wouldn’t fare well under a black light. Things are ­different at Goldie, a plush new lounge in a Victorian townhouse that looks like Studio 54 as reimagined by David Lynch. The walls are panelled in walnut, every seat is cloaked in velvet, and the cocktails contain only the finest (and priciest) premium booze. Speaking of premium booze: there’s no Absolut on this menu. Instead, you’ll find ­Glen­fiddich aged for two decades ($1,550), pink Dom Pérignon ($1,100) and, the ultimate splurge, a bottle of spicy Rémy Martin Louis XIII cognac ($5,900!). It’s available in the dusky upstairs lounge or an ­eponymous Louis XIII ­private room, a hall of ­mirrors straight out of ­Versailles. 619 King St. W., 416-214-3180, goldie.ca.

8 We have Mama RuPaul to thank for the sudden proliferation of drag in Toronto: there’s drag brunch, drag cruises, even drag bingo. But our favourite queeny pursuit takes place on weekend mornings at the library, where some of the city’s fiercest performers show up to entertain neighbourhood families. In full face and heels, local queens like Miss Theo Rose, Lucy Flawless and Juice Boxx read LGBT-friendly kids’ books and sing campy songs, all the while teaching kids about the values of cultural inclusivity and lace-front wigs. Because reading is what? Fundamental! Toronto Public Library, various locations, torontopubliclibrary.ca. 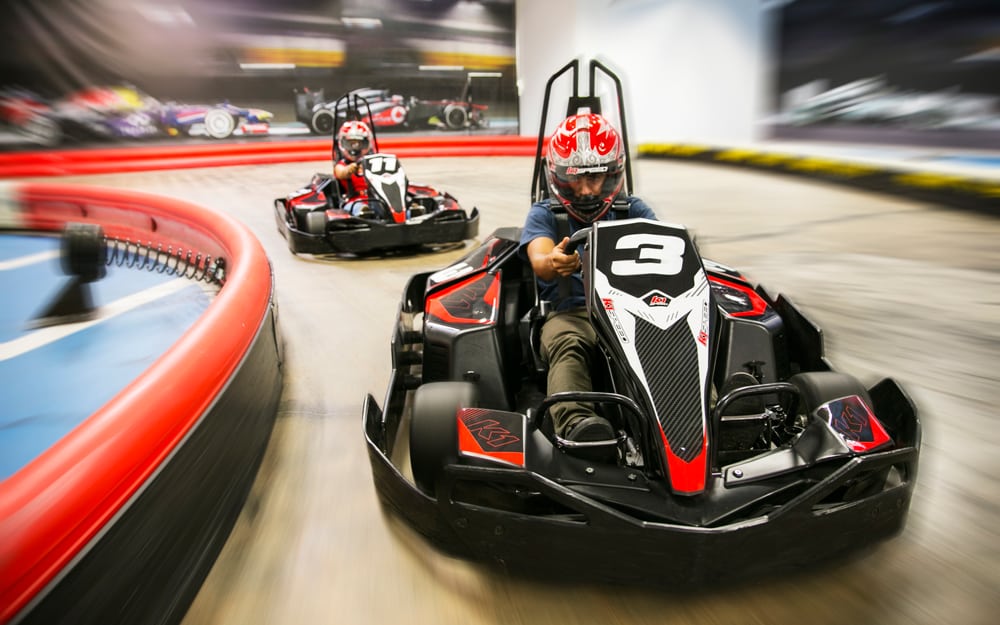 9 The latest edition of Mario Kart has sold 10 million copies worldwide, but it doesn’t compare to the real thing. At Downsview Park, there’s a new indoor go-karting facility that puts Wario Stadium to shame: the track is a ­serpentine thread of surprise twists and hairpin turns, and the electric go-karts reach high speeds faster than a gas engine. The place offers drop-in racing and lessons from NASCAR pros, but we recommend rounding up your most competitive friends and renting out the place for a private grand prix. $55 per person. 75 Carl Hall Rd., 1-833-517-7333, k1speed.ca.

10 A few years ago, Evelyn Salvarinas bought an AuraCam 6000, a special camera equipped with two hand sensors that measure energy in various parts of the body. After five to 10 seconds of exposure, clients receive a Polaroid-like photo punctuated by clouds of colour that apparently represent their chakra levels: green signals love and forgiveness, violet indicates oneness with the world, yellow represents optimism, and so on. It’s more fun than a mood ring, and the portraits are pretty enough to please believers and skeptics alike. $40. roseaura.ca. 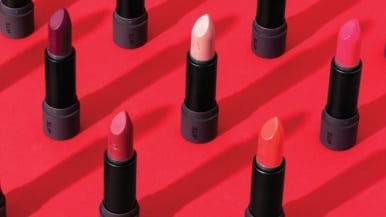 8 ways to pamper yourself silly this summer 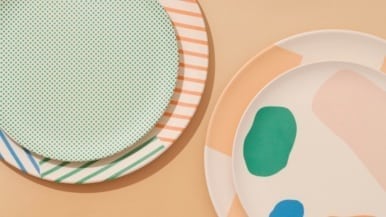 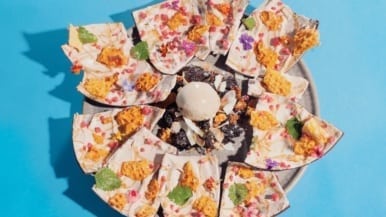 12 amazing things to eat and drink this summer