We’re going on the road with some of the city’s top chefs to explore their favourite suburban restaurants. Matt Blondin and Sean Kim tell us what’s good in Koreatown

Many Toronto chefs and cooks rely on their peers and friends to guide them when they want to venture outside the confines of the downtown core for food. For Matt Blondin, his introduction to Koreatown came from his girlfriend Miju’s brother, Sean Kim, who lives in North York. “I travelled through Korea with the two of them recently—it was insane,” says Blondin. “Korean food is so intense. There are these crazy layers of flavour with each dish.” Eating in Willowdale’s Koreatown is a regular thing for Kim, who frequents the late-night barbecue and pork-bone soup joints every week. “I love it up here—the community is really friendly,” says Kim. “It’s bad for my liver but its always a blast.” Blondin was introduced to this 10-table mom-and-pop shop during a food crawl. “This place has been around for 20 years. It really reminds me of the places you see in rural Korea,” says Blondin.

Go-to item: Ganjan gejang (raw crab) served with assorted sides (rice, fish cakes, sprouts, radish, potato, turnip cake, kimchi and peanuts).
Tasting notes: The flesh of the crab is super tender, with a slight soy sauce taste from the house marinade. The carcass—packed with the crab’s guts and brain—is an umami bomb, so save that for the end. “Suck it back and chase it with some soju,” says Blondin. Kim frequents this 24-hour barbecue restaurant at least once a week. “After partying late, you know you can always come here for some delicious comfort food,” he says. The dining room’s tables are all topped with grills, each loaded with sizzling sausages and various cuts of meat.

Go-to item: Kang poon gi (marinated chicken).
Tasting notes: The crispy, sweet-and-sour chicken comes with a variety of side dishes. “Its best to grab a piece of chicken and mix it with your side of choice. Each bite is different that way,” says Kim. Kim says this place is a must if you like fried chicken. It’s his favourite chicken joint on the strip, and it’s known for its beer-and-chicken combos. (Each platter of chicken includes at least one pitcher of beer.) Kim and Blondin frequent this bar for snacks and cocktails. “We’ve been known to spend a few late nights here,” says Kim. “There’s a great vibe on the patio and you’re always going to meet new people,” says Kim. Shortly after that comment, two full bottles of complimentary Jameson whiskey were placed on the table. 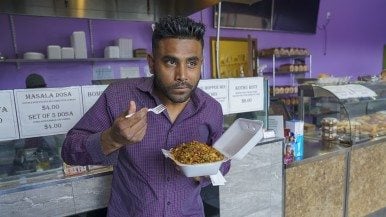 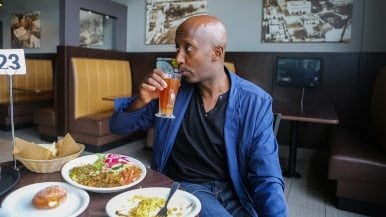 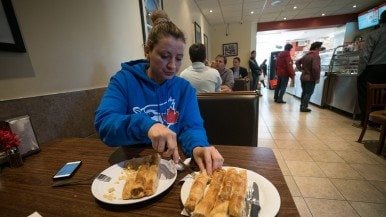 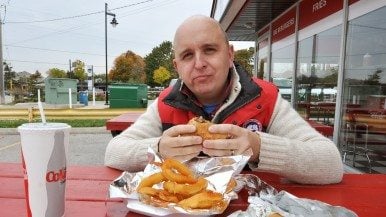 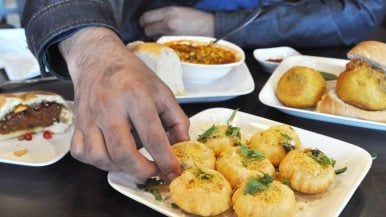 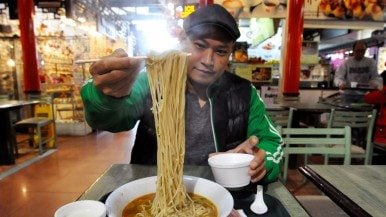