On Tuesday night, some lucky Toronto foodies had the chance to schmooze with acclaimed Prince Edward County winemaker Norman Hardie over dinner at chef Brandon Olsen’s La Banane. But this was no ordinary dinner party: Olsen (right) and Hardie collaborated on a contemporary French menu that featured six courses paired with four Hardie selections, including a special blend created specifically for the hip Ossington restaurant. The vibe throughout the evening was festive, and the wine (and cocktails) flowed. Here’s a look at what was served. 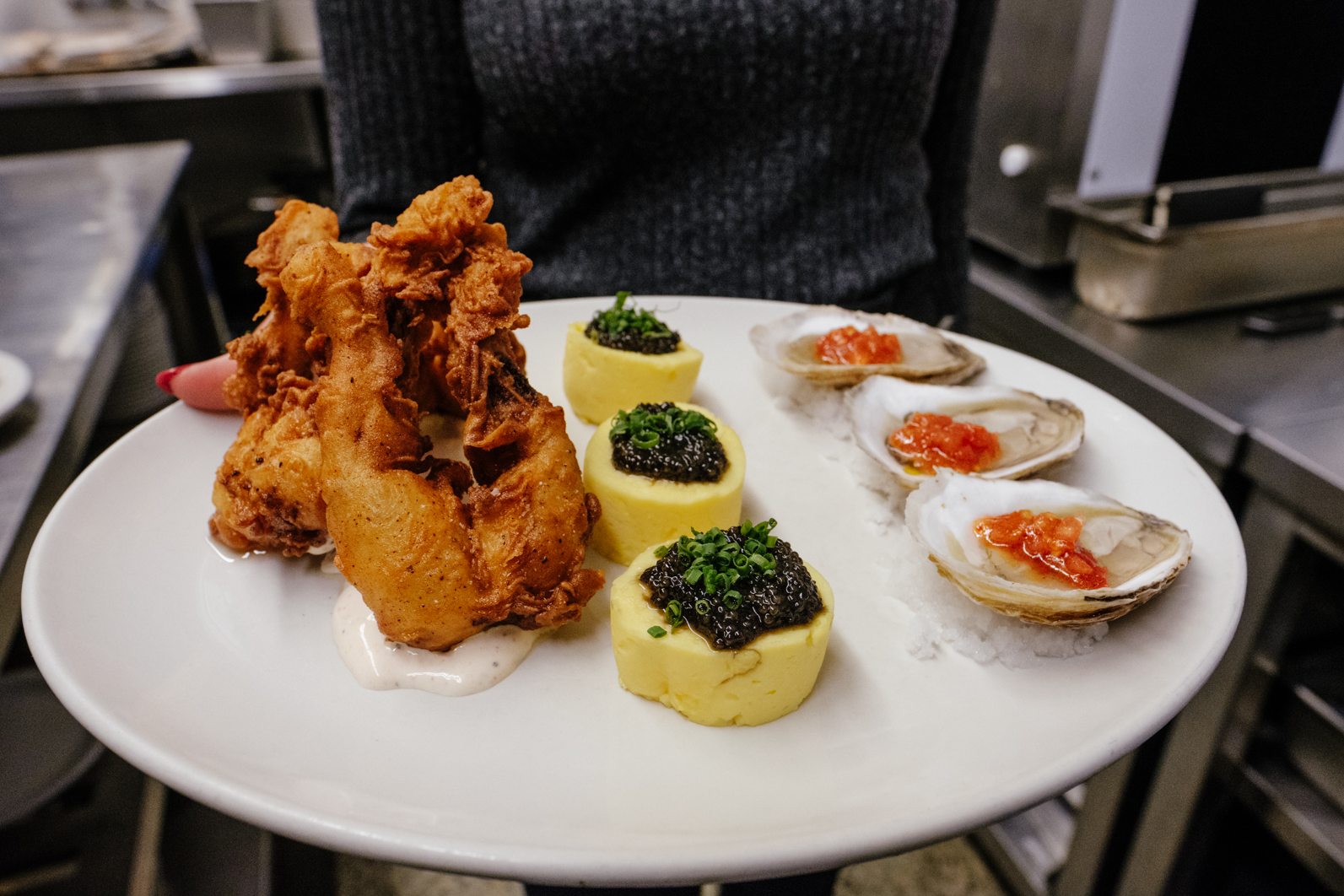 Second course: A bombastic bouillabaisse with more than a touch of heat, and huge Spring Island mussels.
Paired with: Norman Hardie’s Calcaire 2016, a crisp blend of chardonnay, pinot gris and riesling, with lots of minerality. 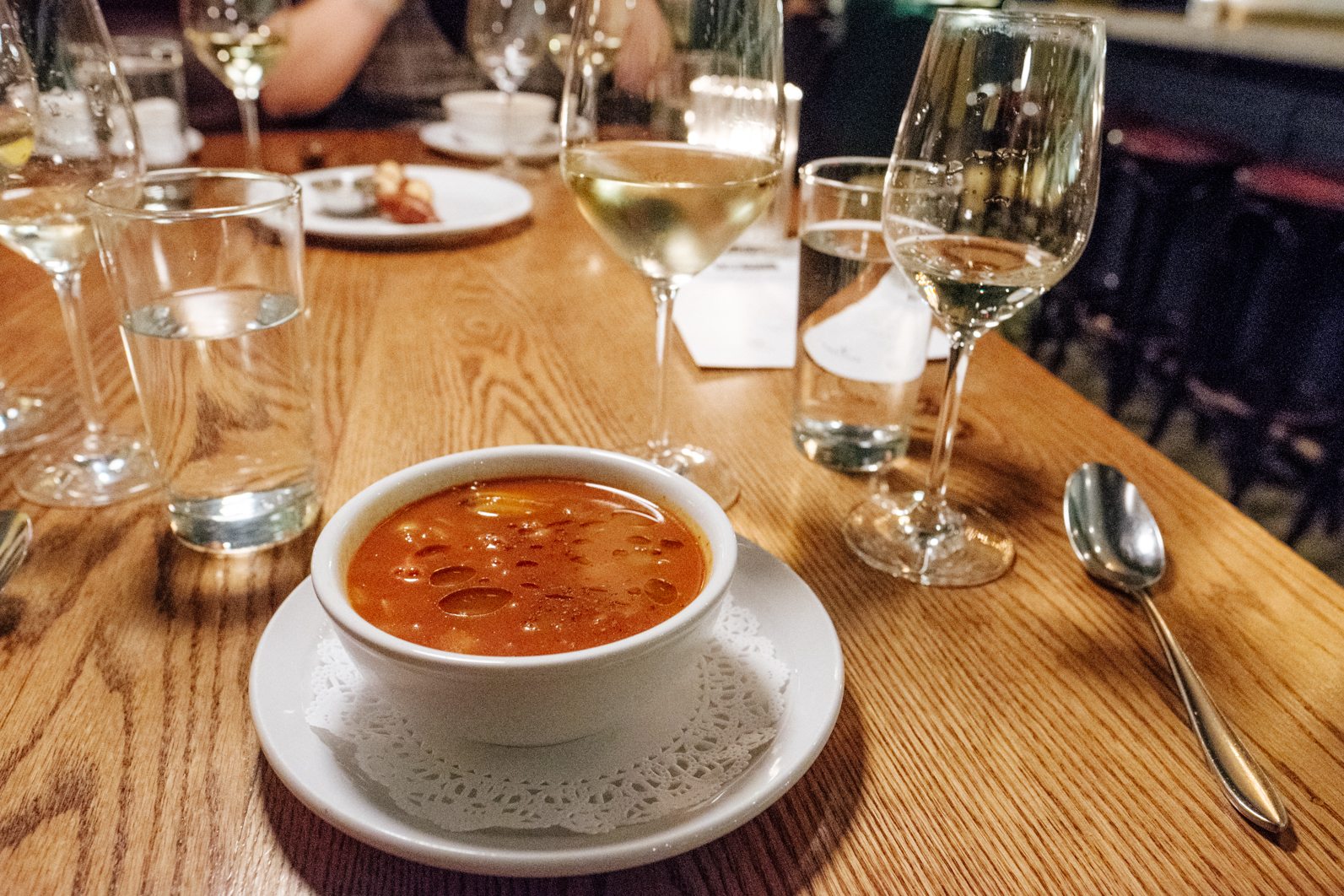 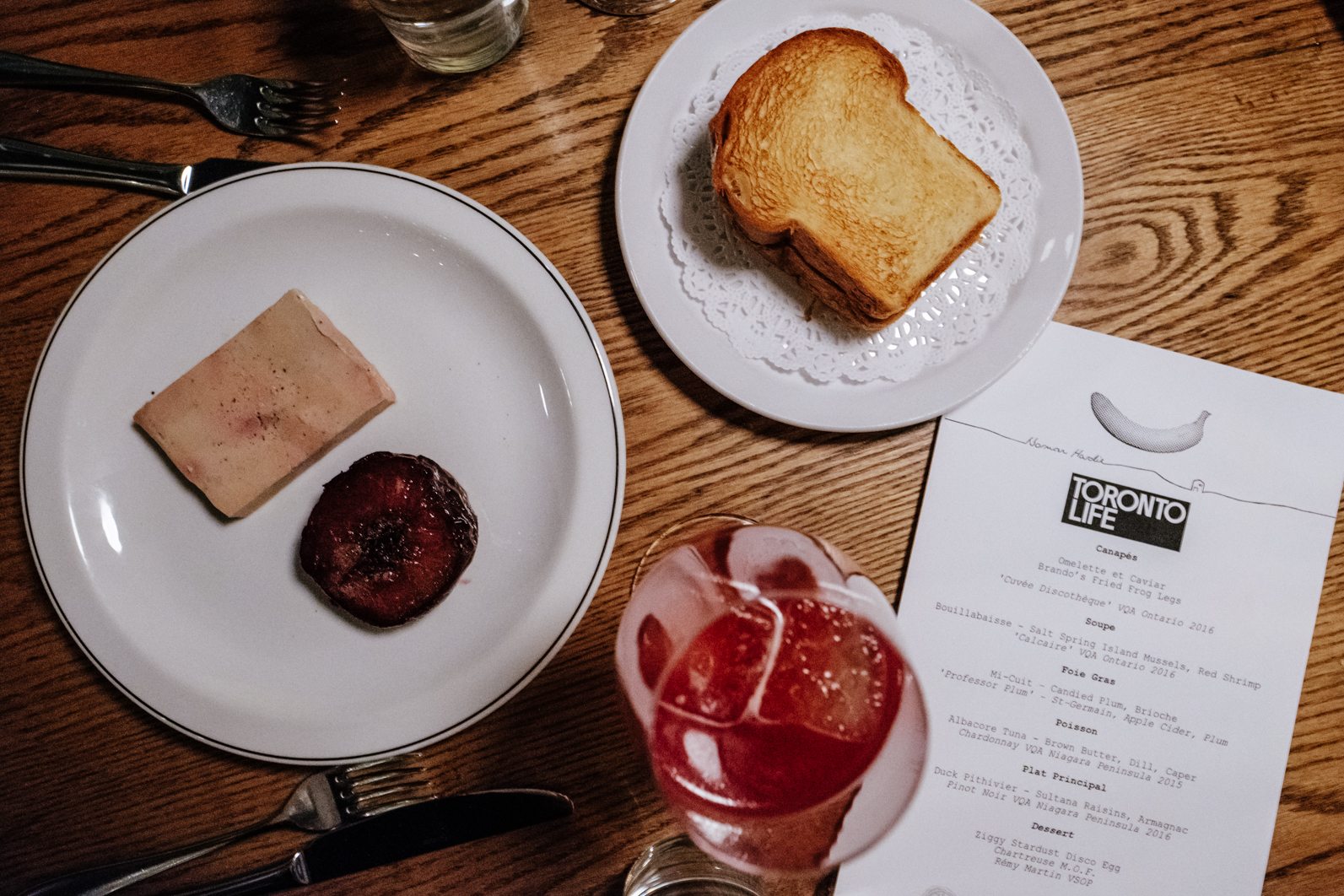 Here’s a better look at Professor Plum (that’s Norman Hardie in the background): 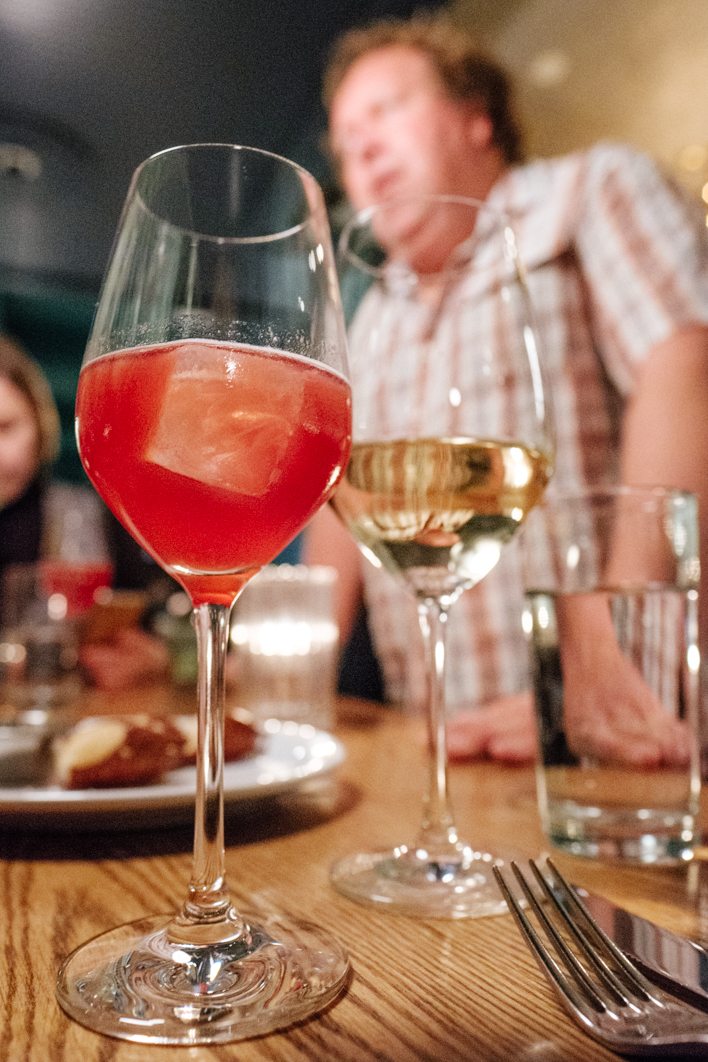 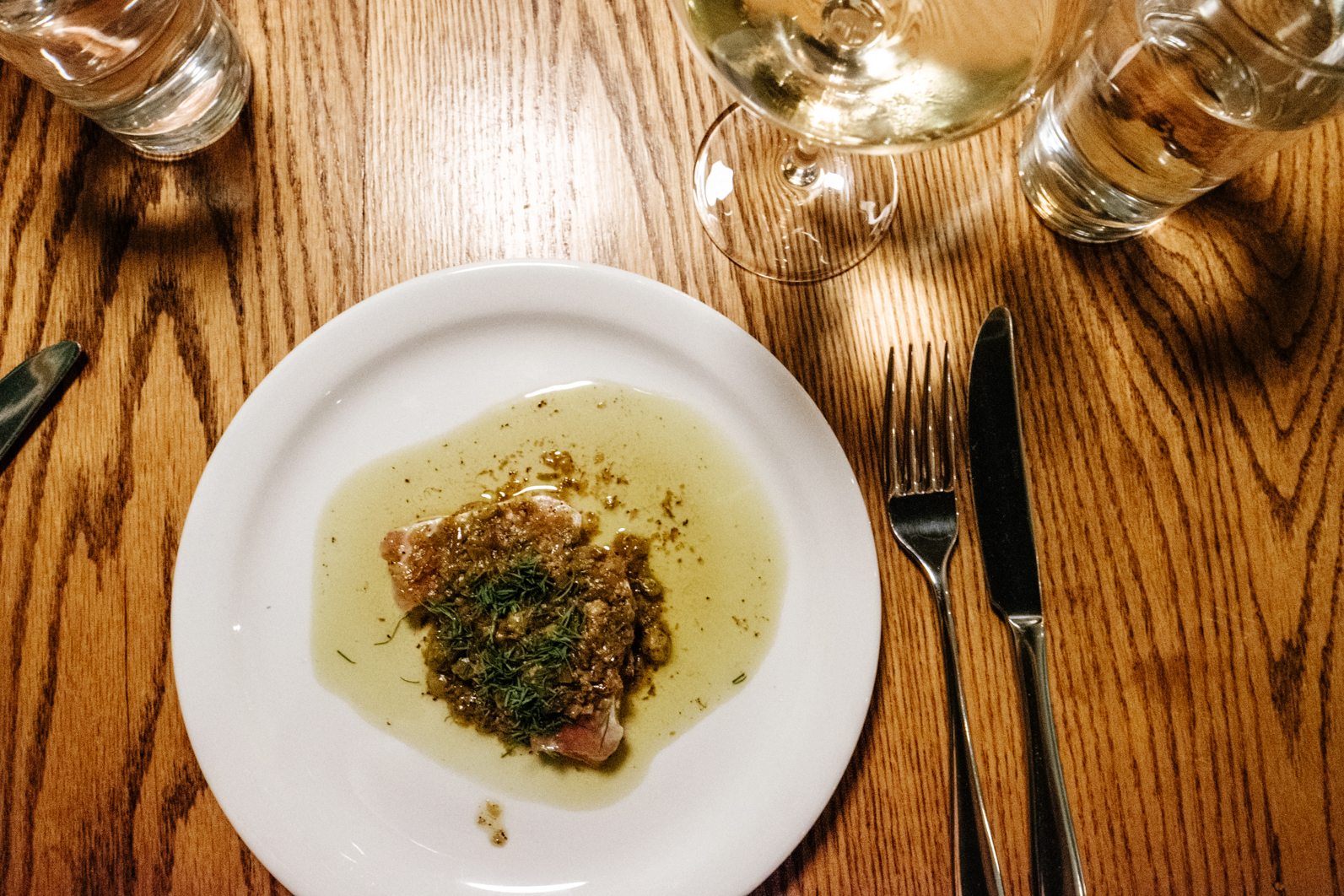 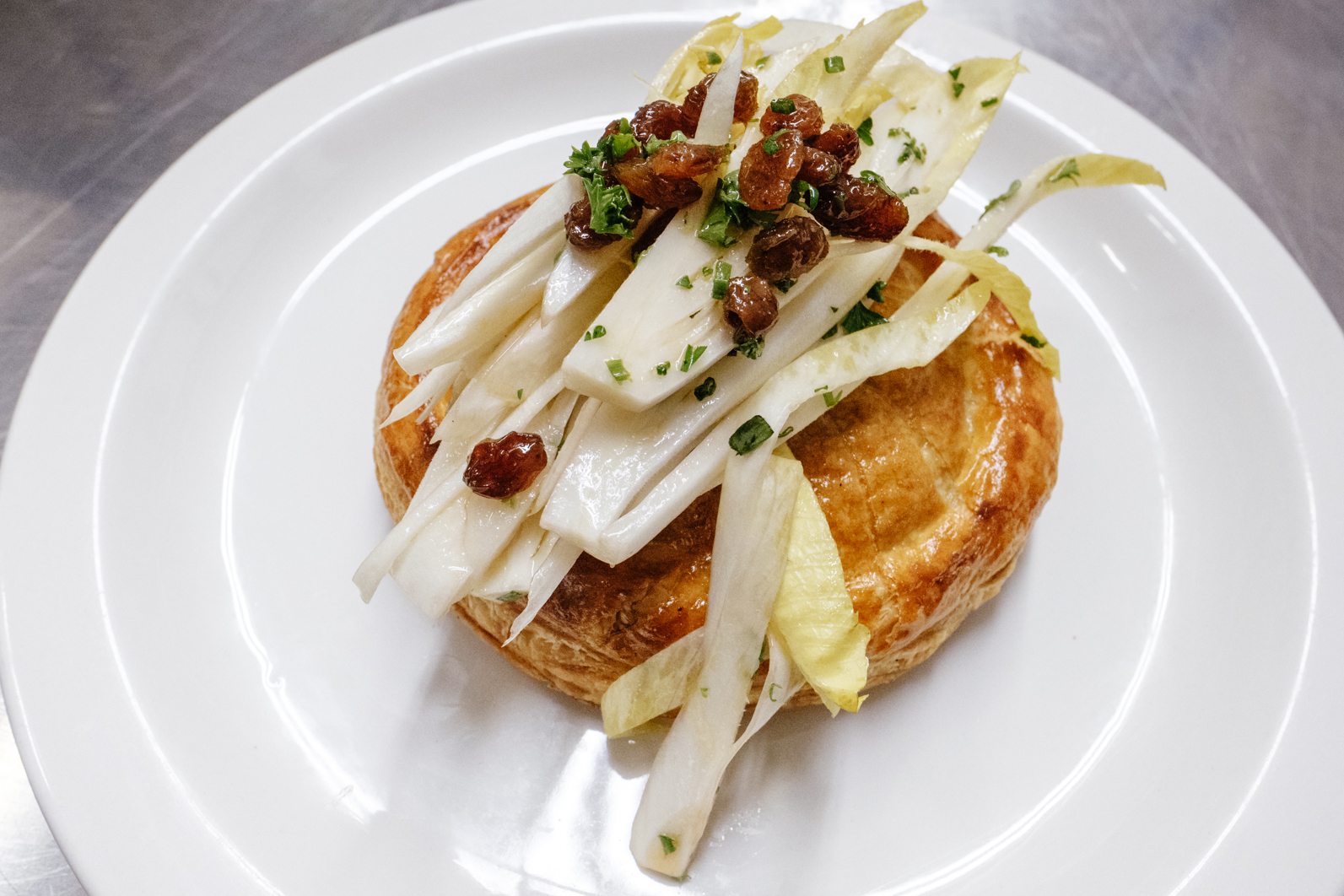 Here’s a closer look inside the pithivier: 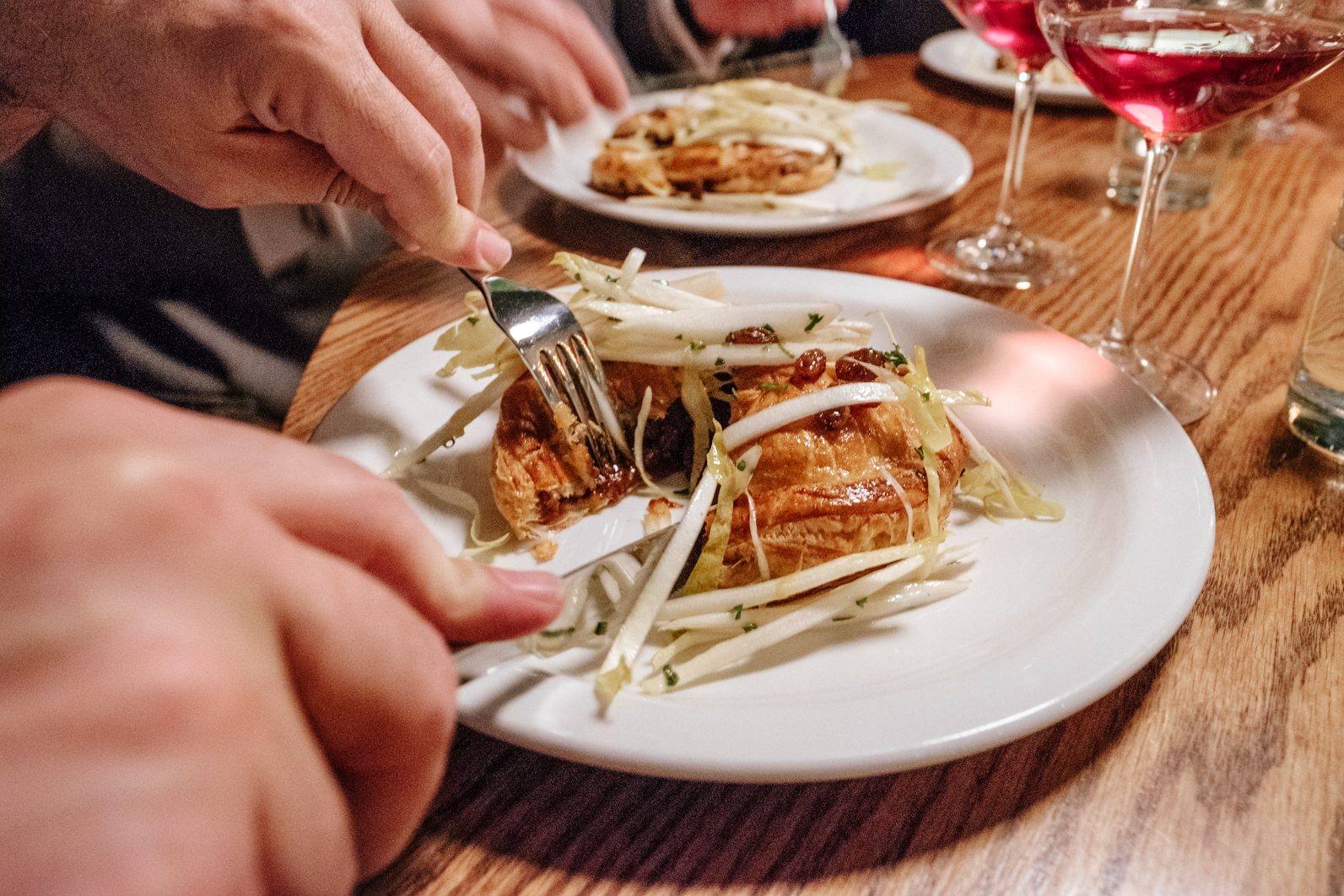 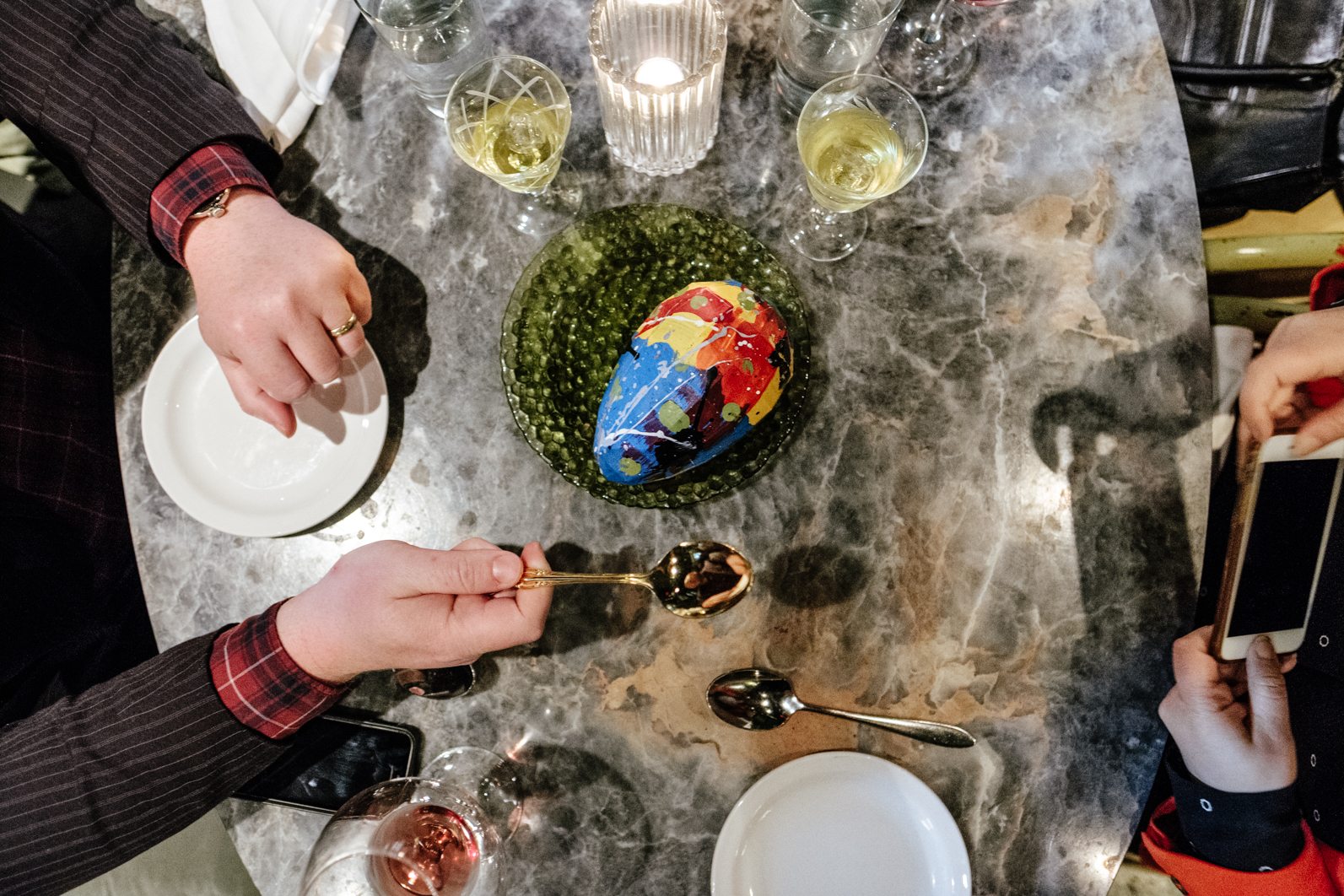 Here’s what the egg looks like after it’s been cracked open: 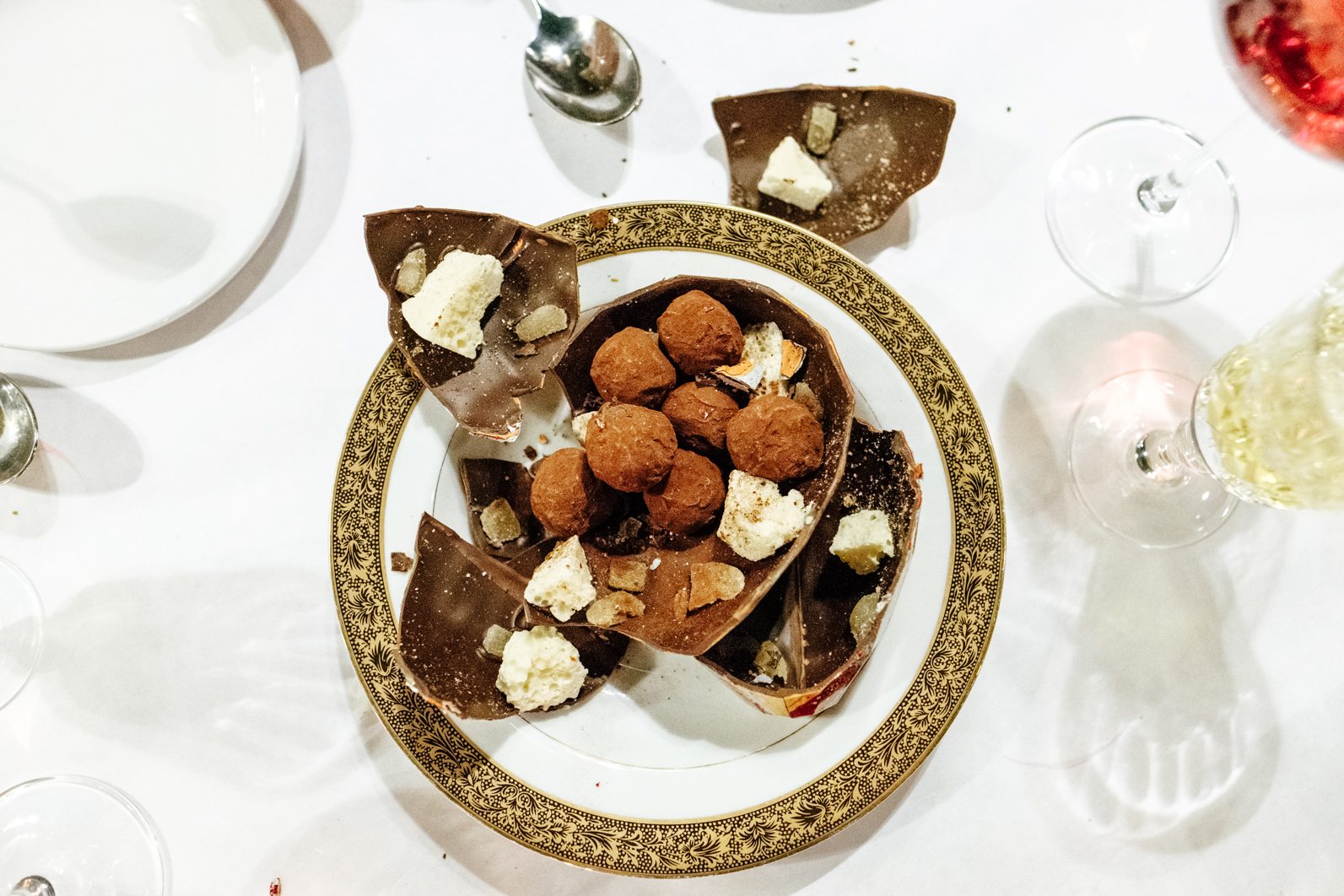 The dinner was presented by Toronto Life and Drink Toronto. Here’s a look the rest of the evening’s festivities. 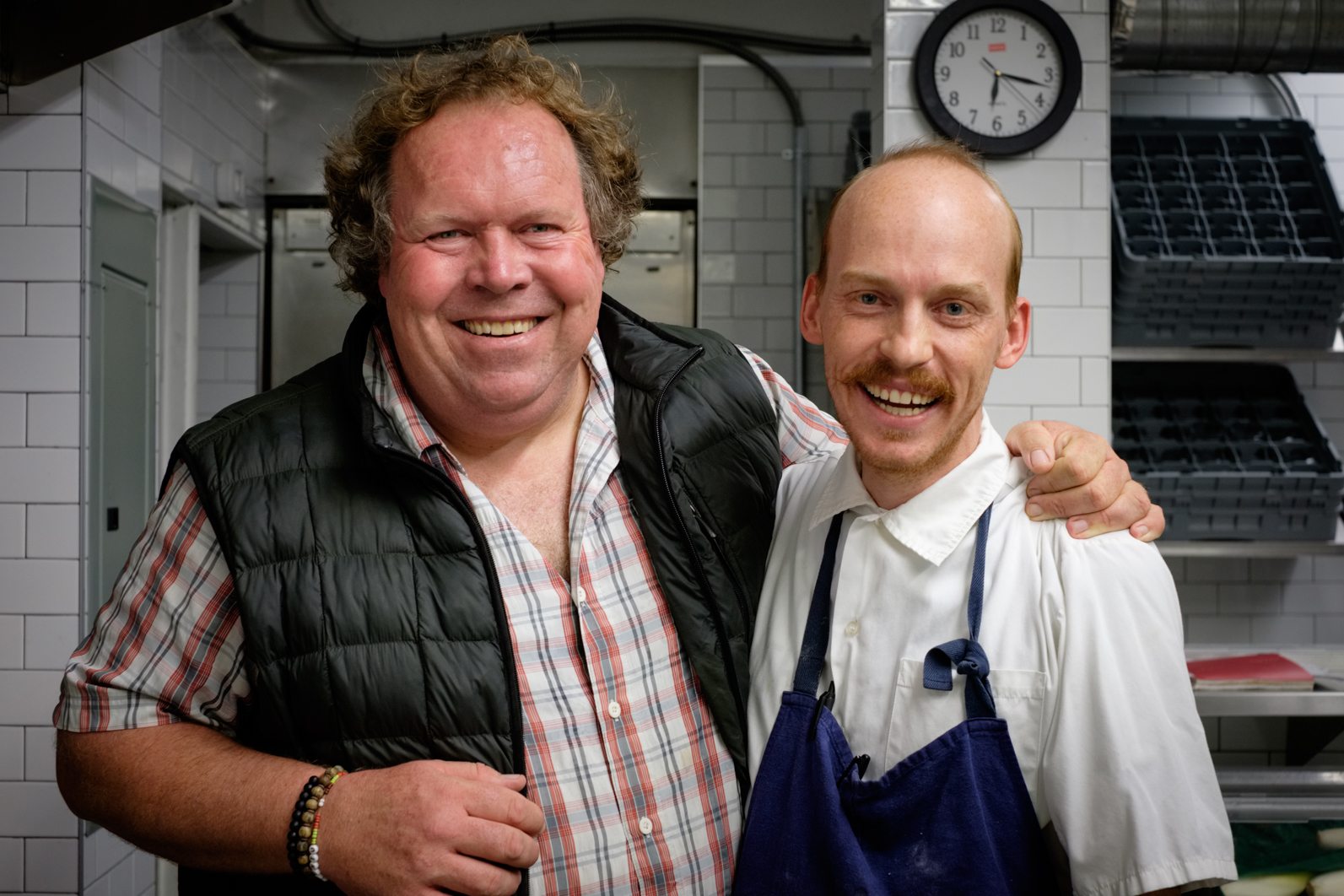 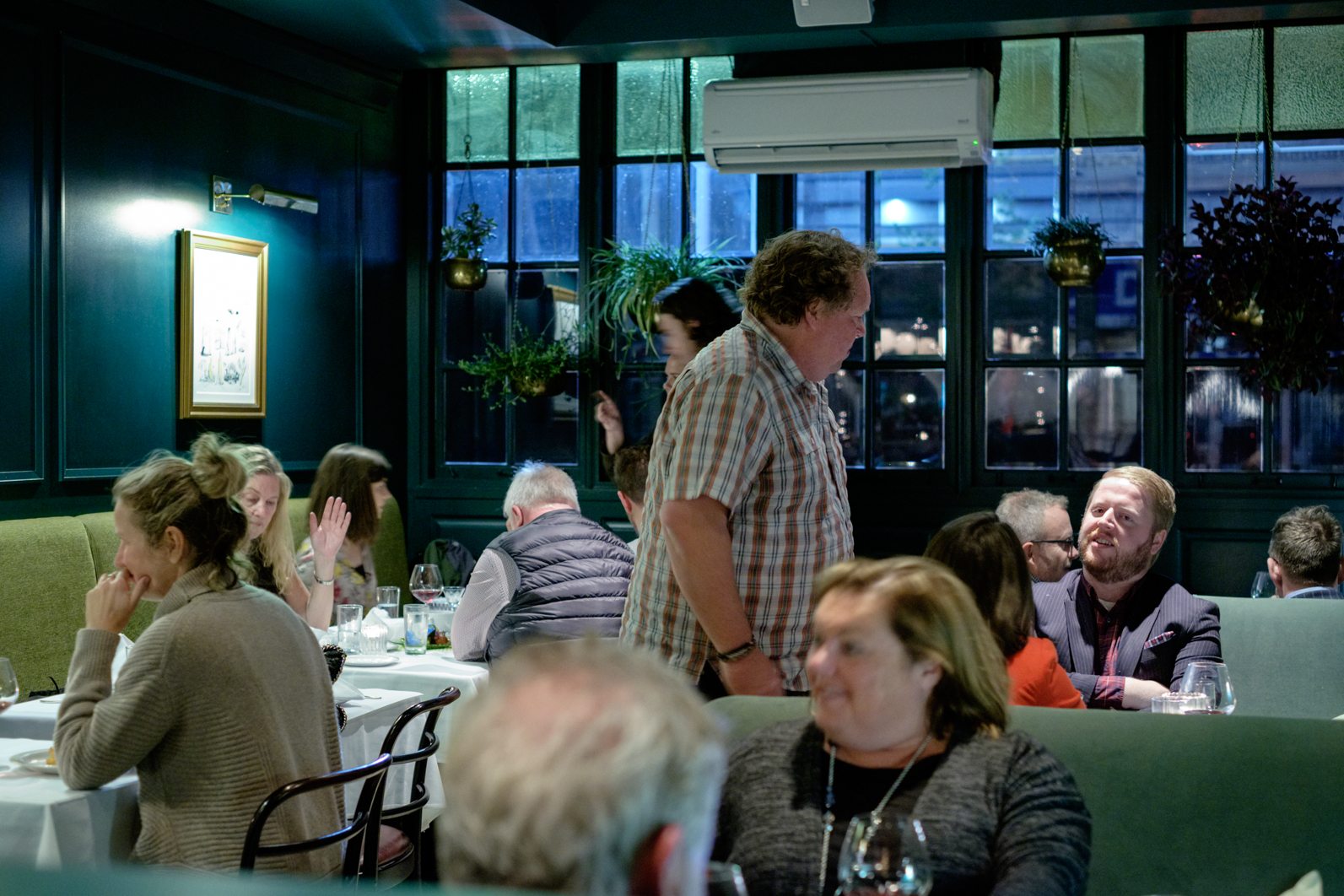 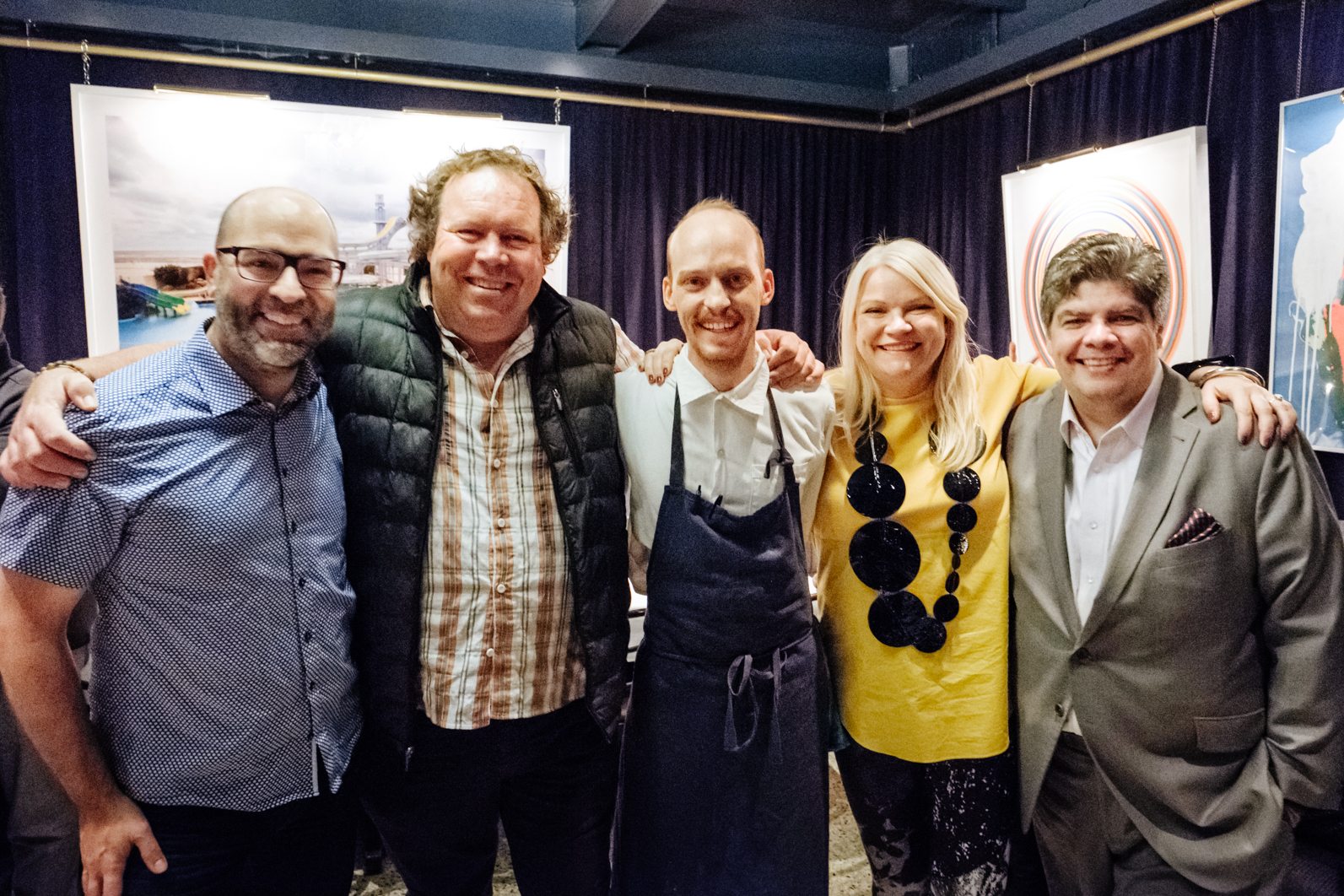 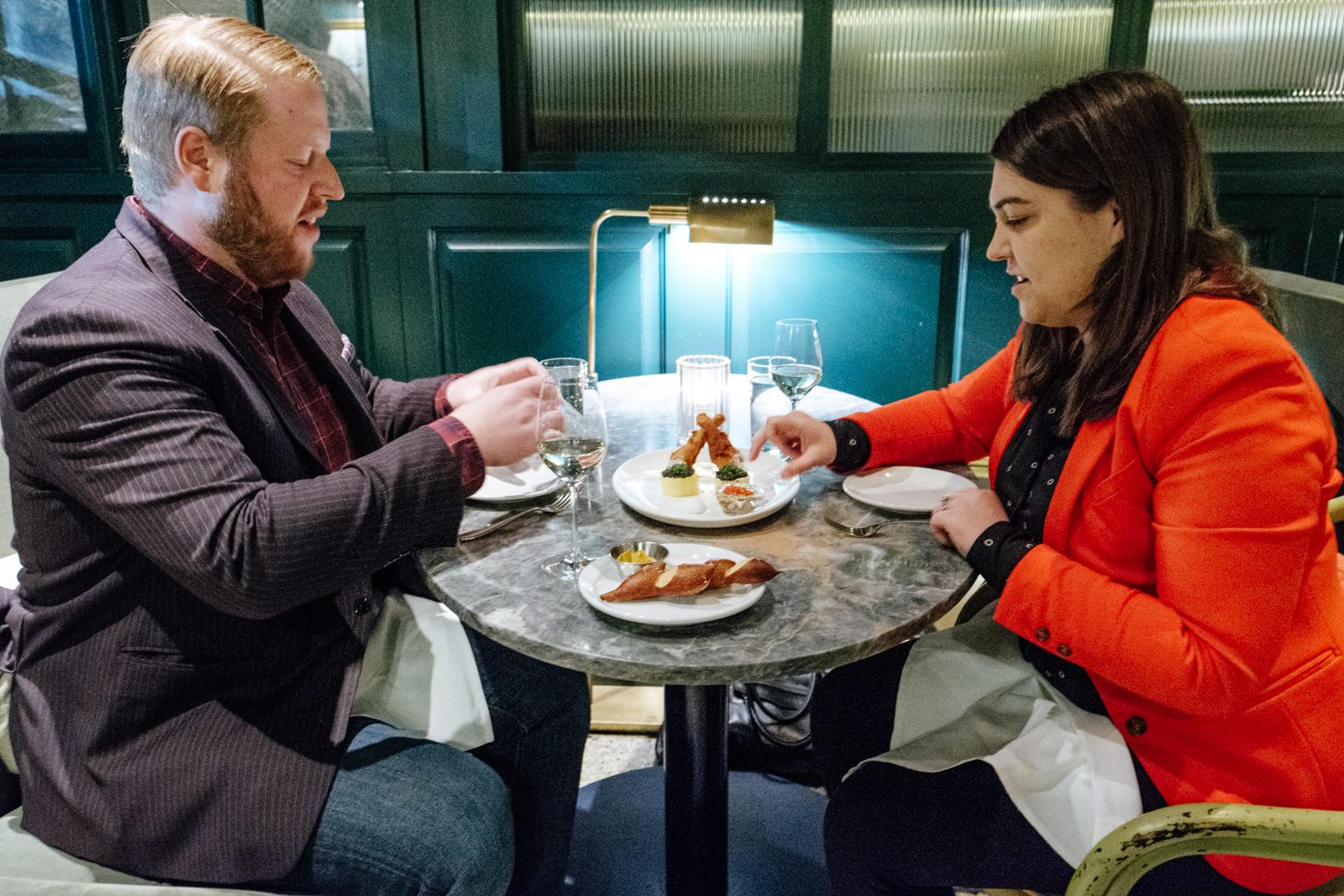 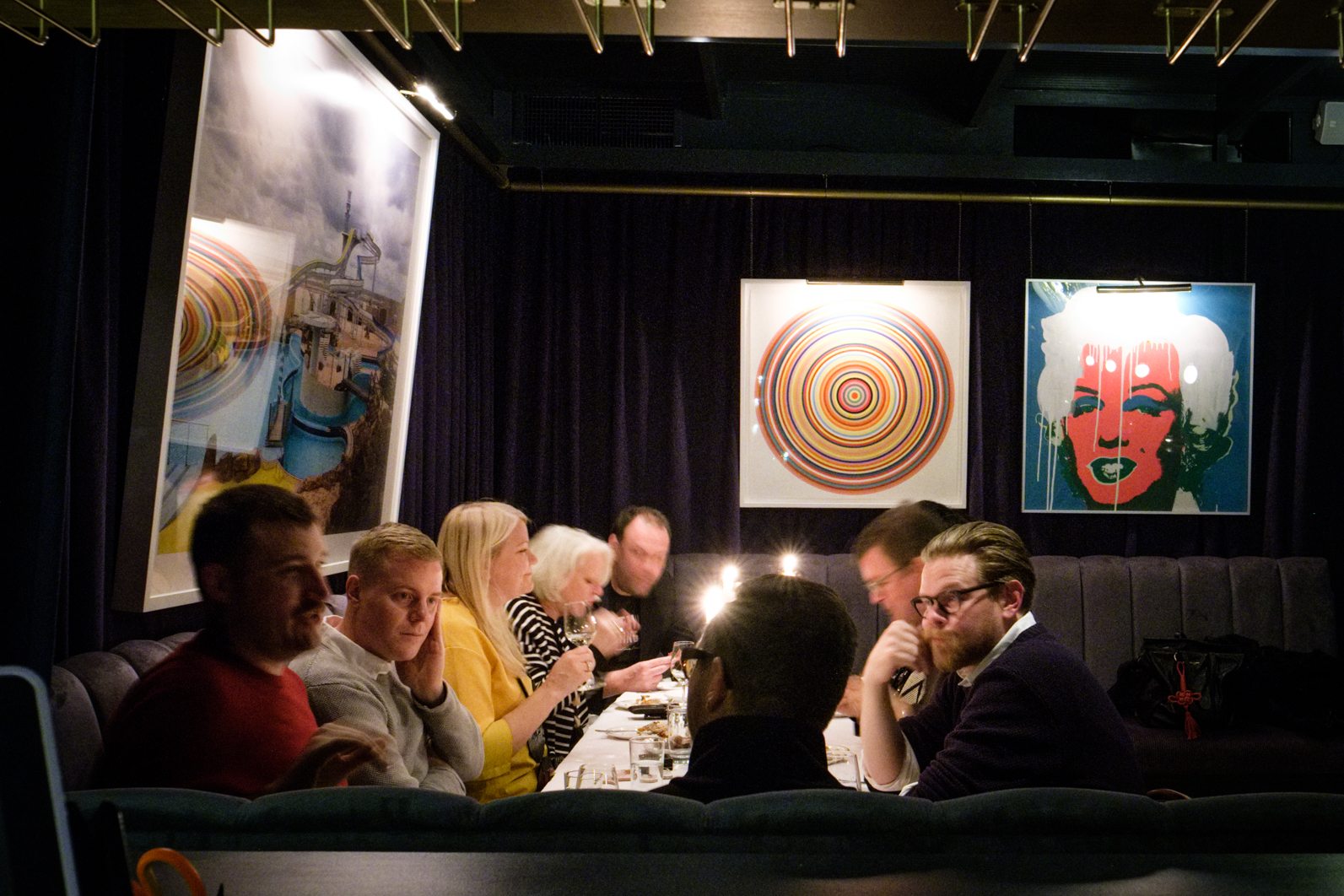 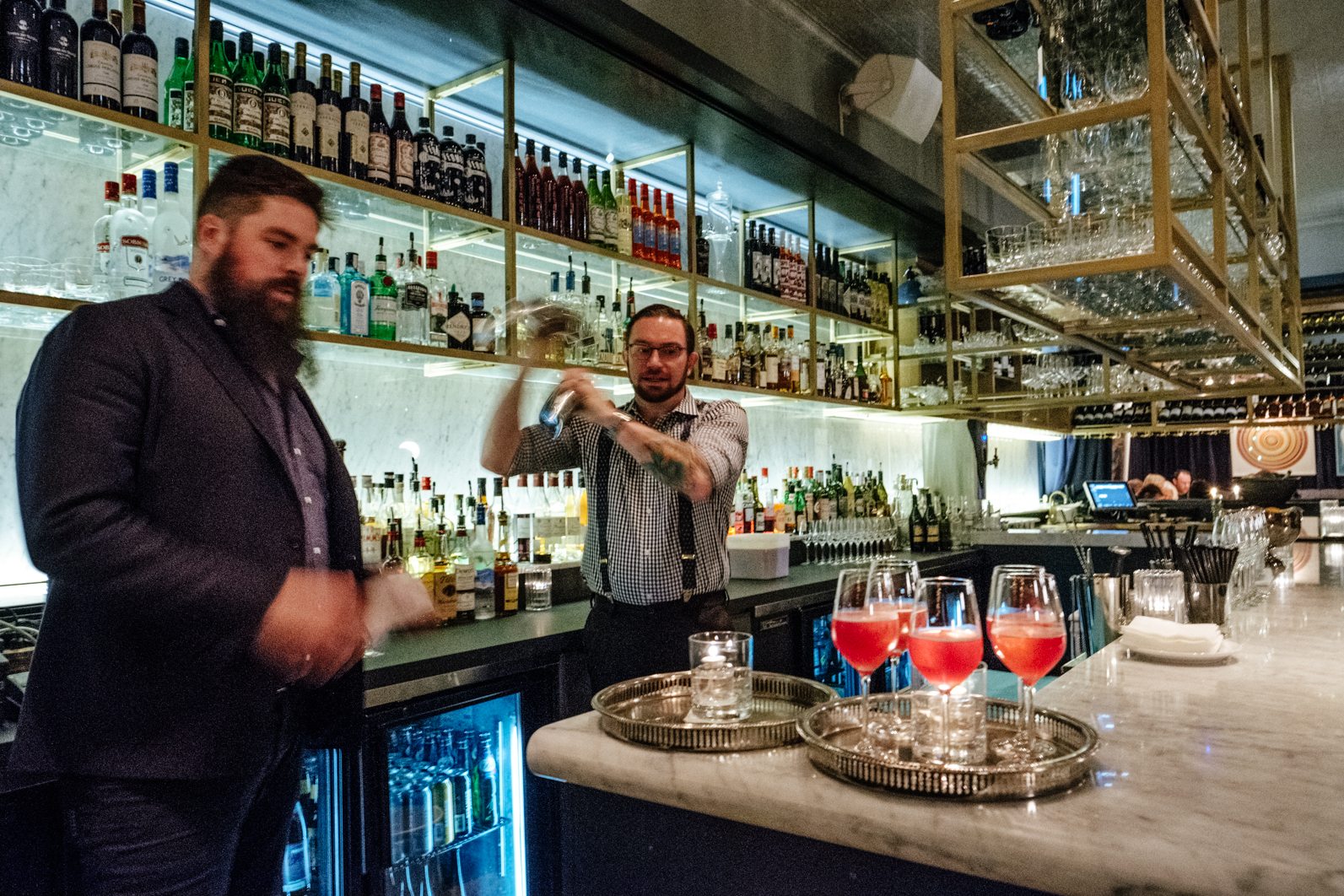 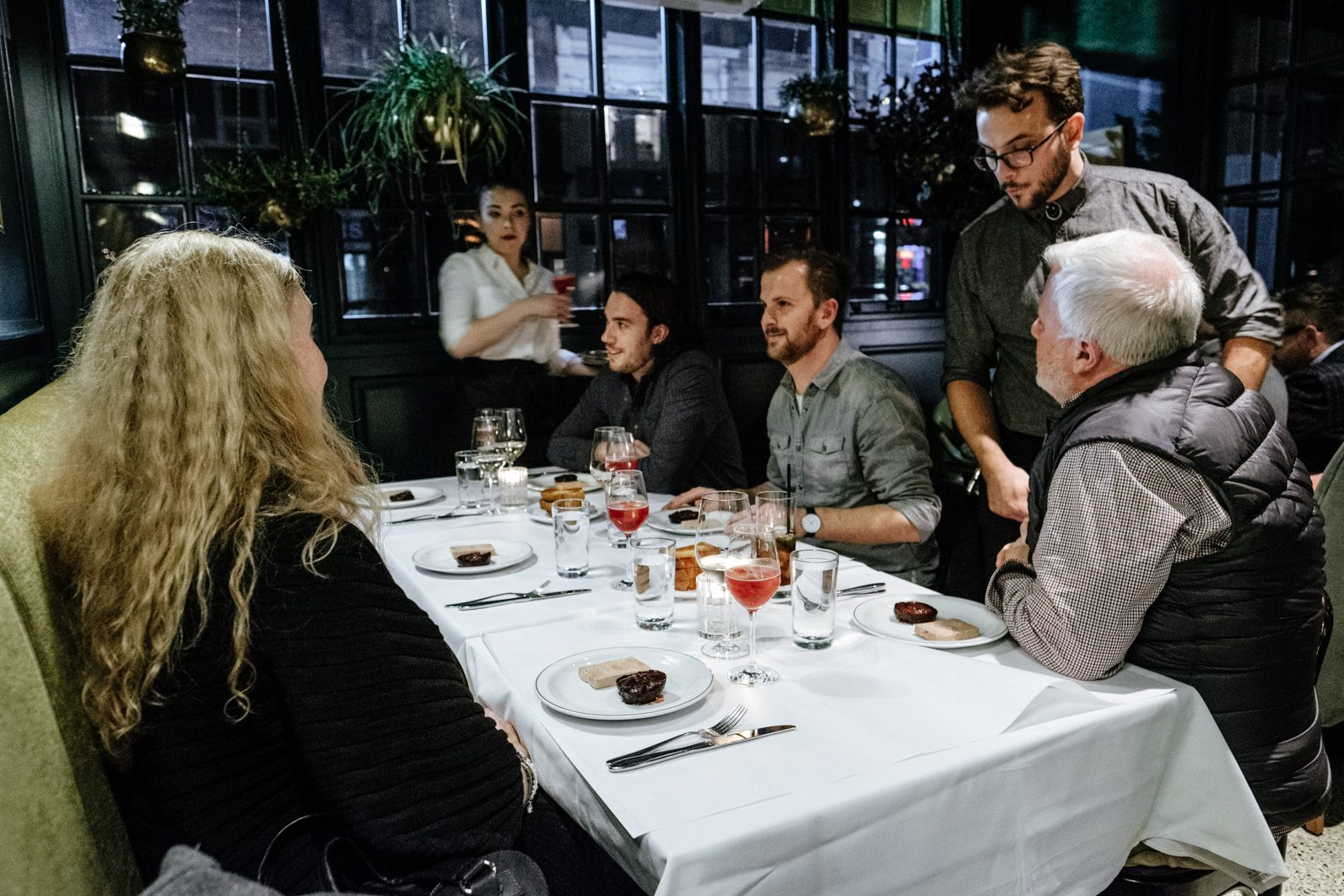 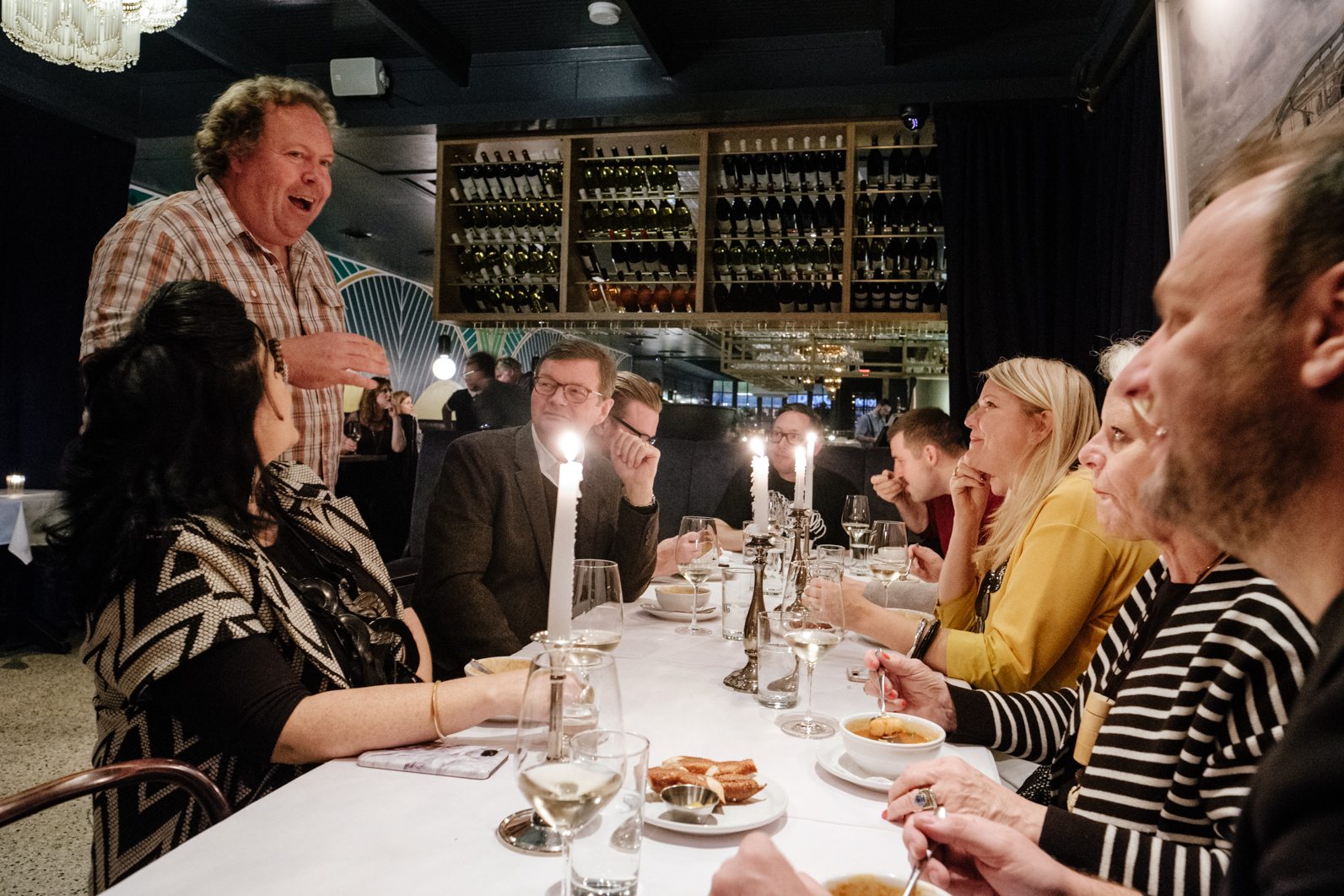 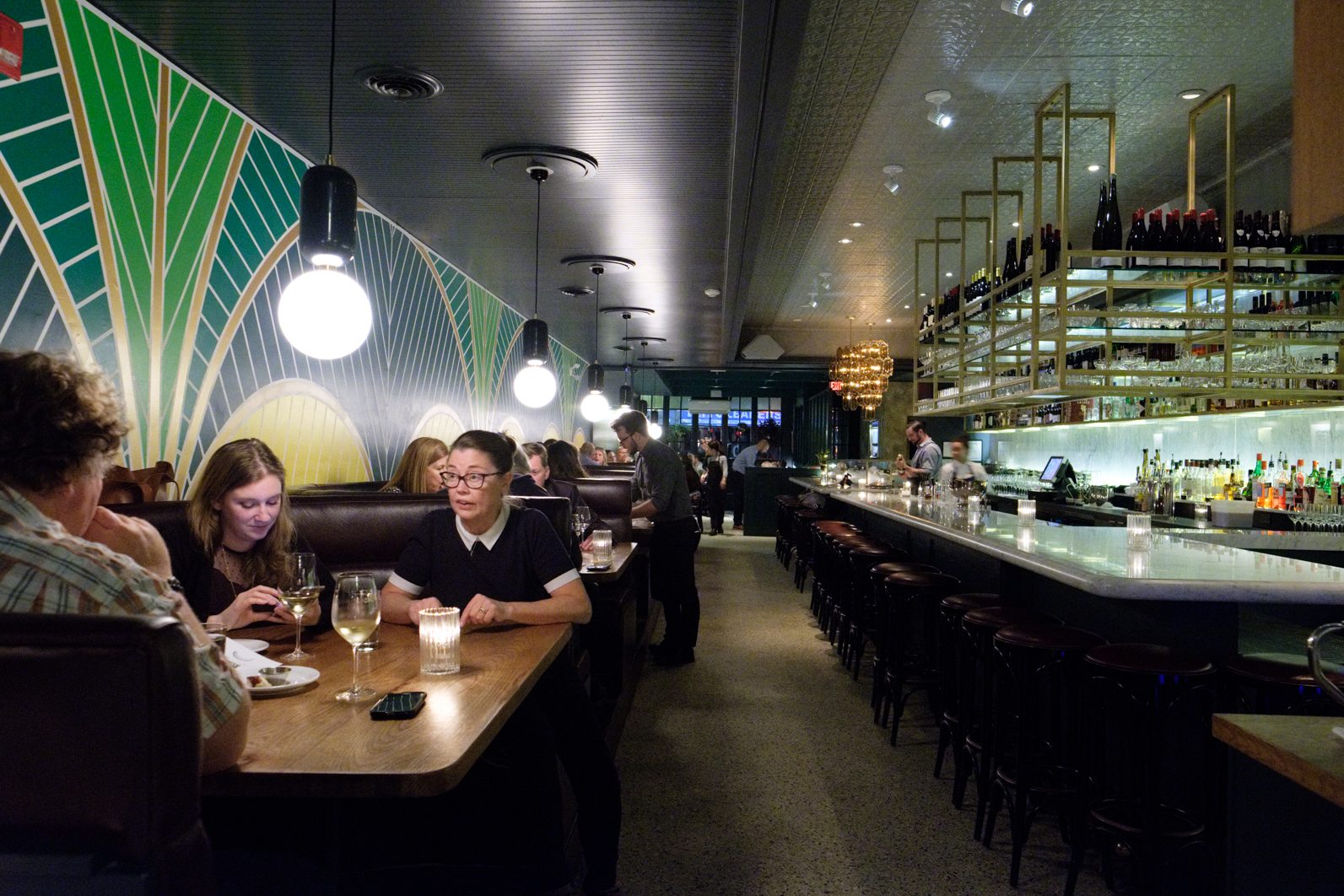 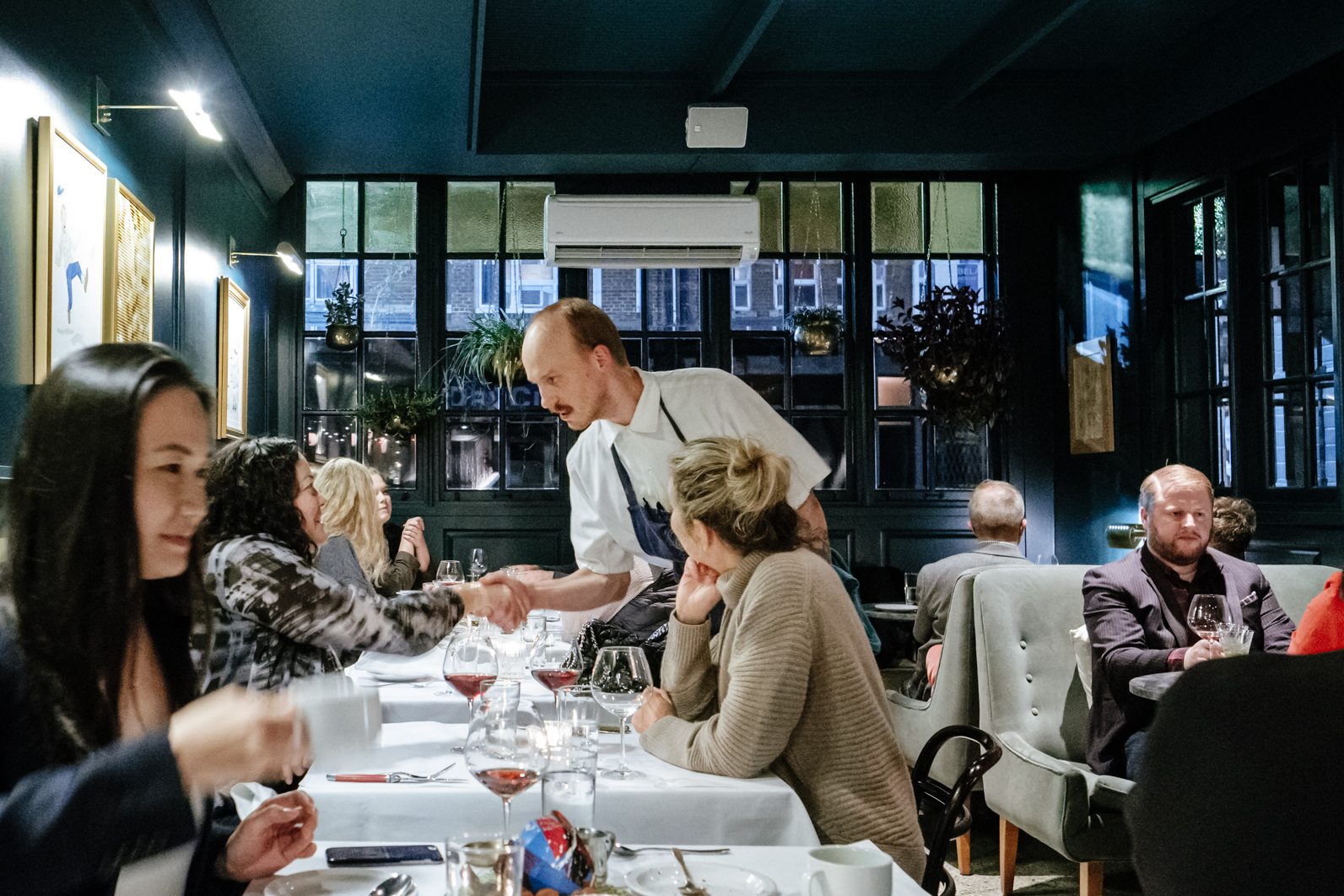 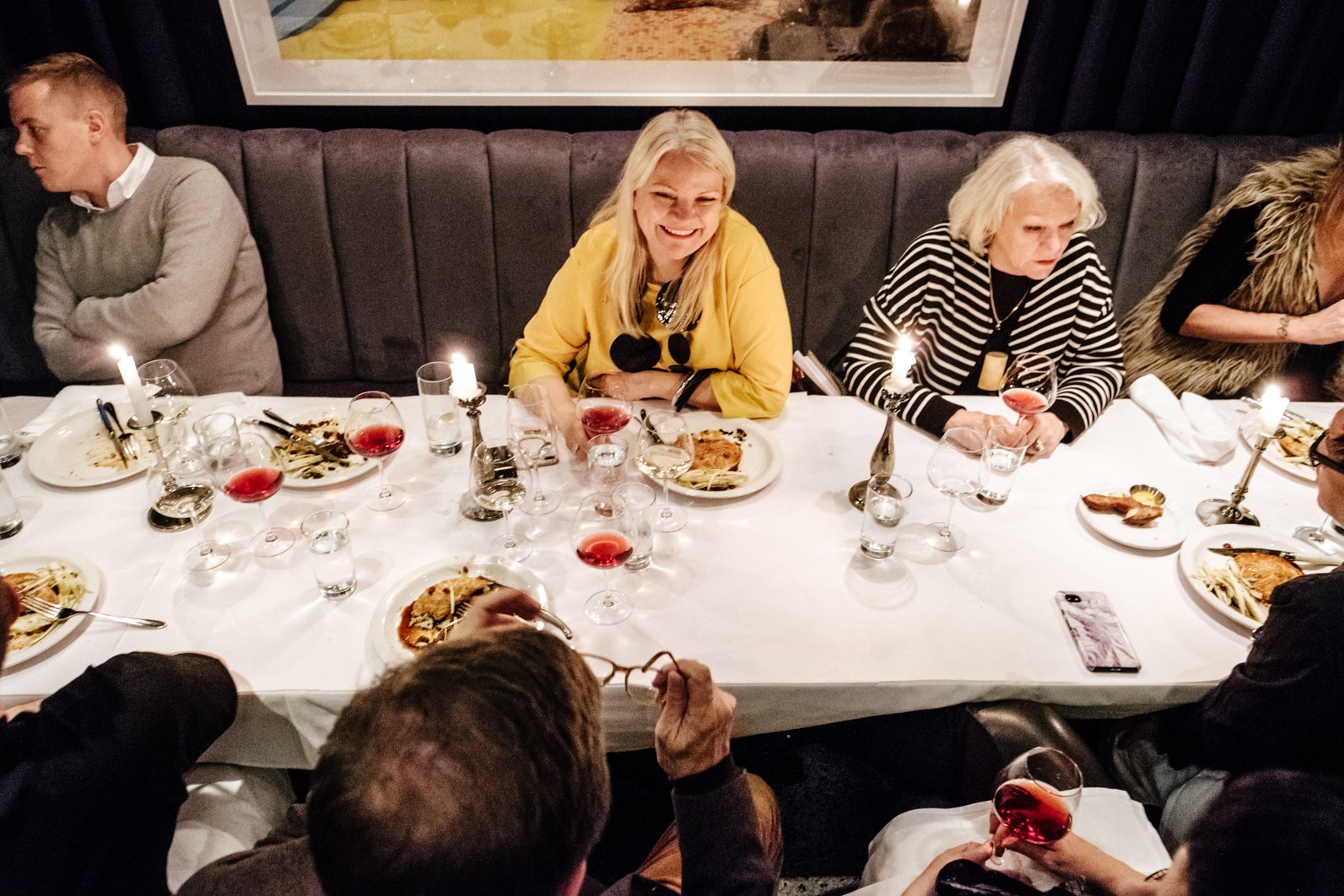 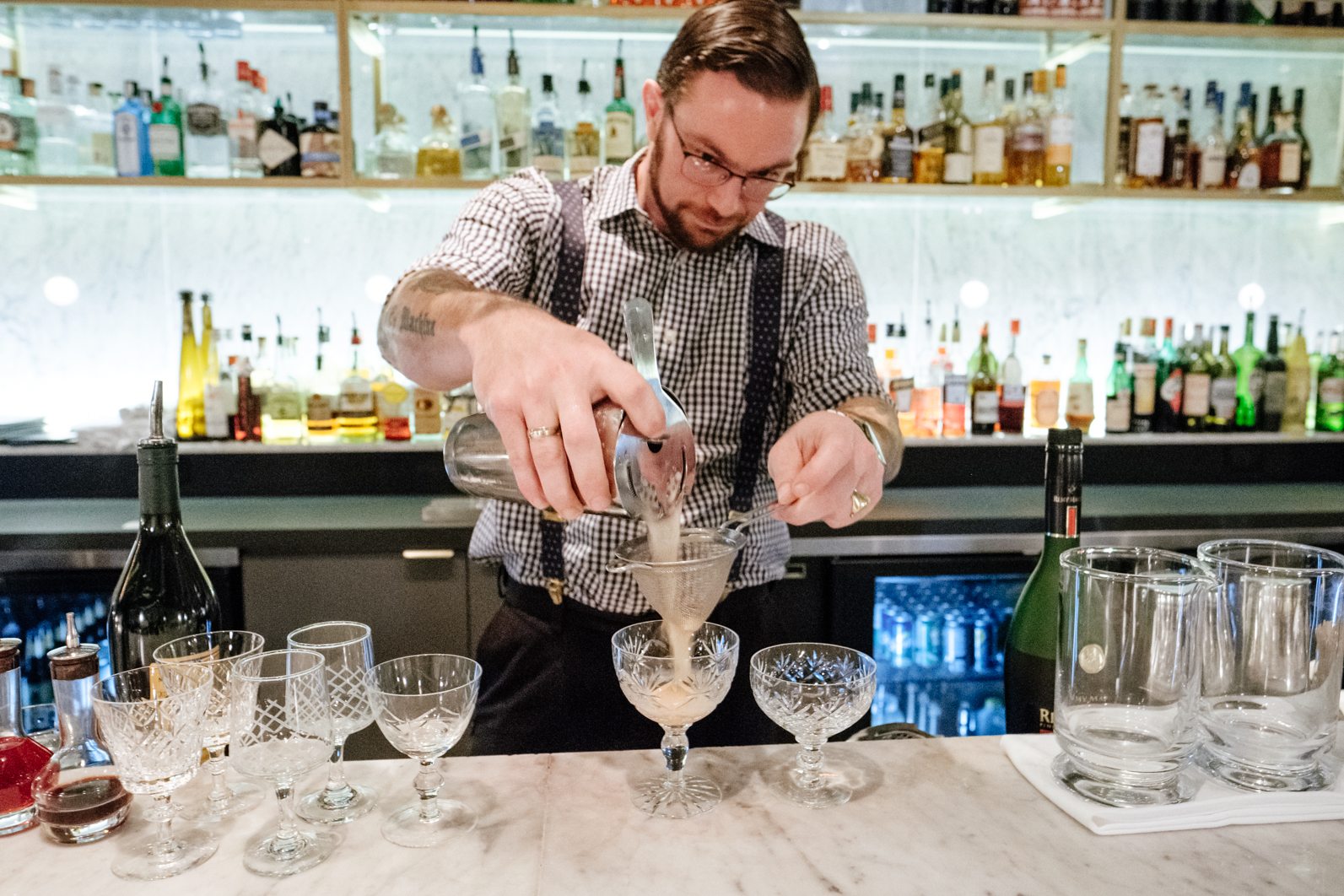 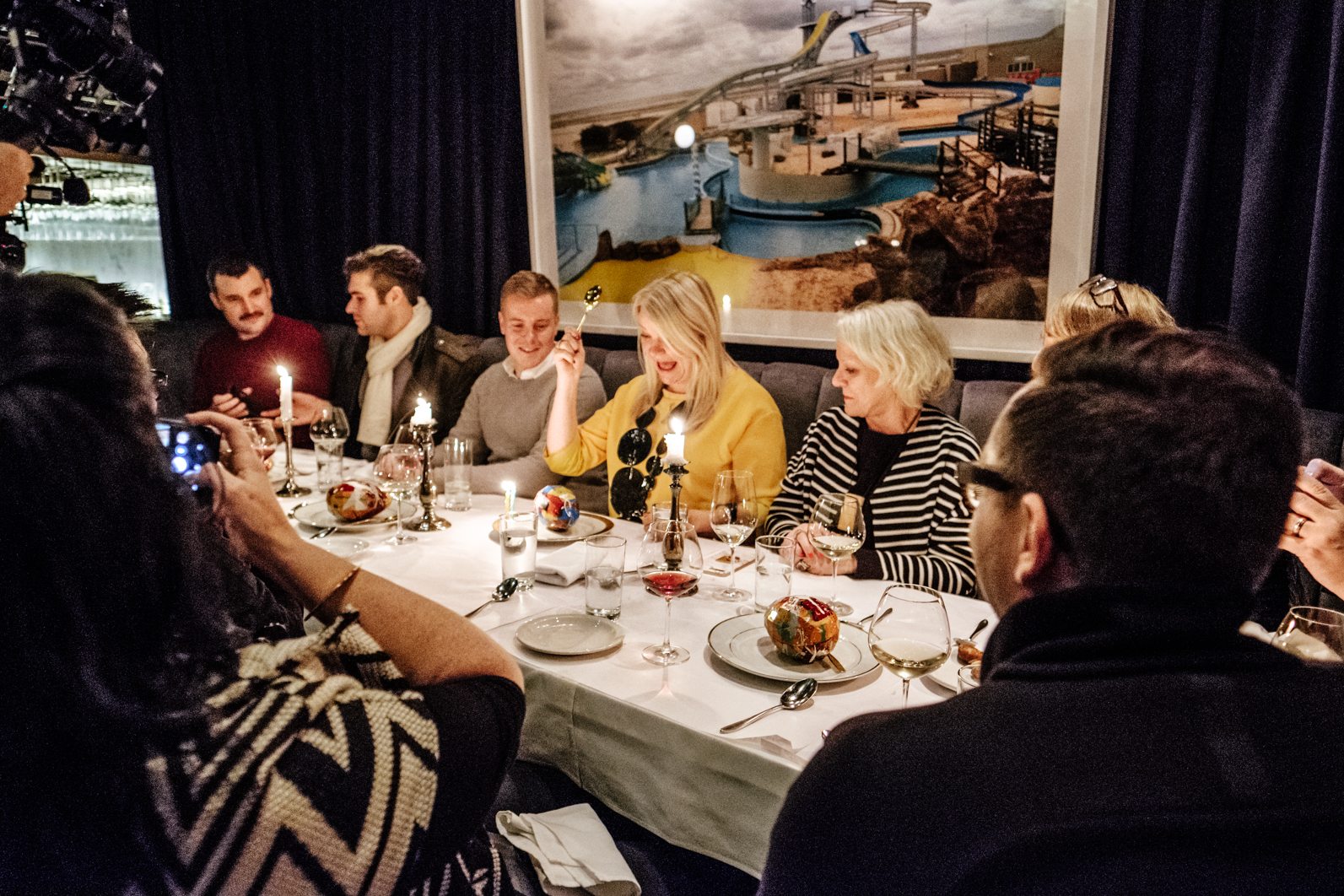 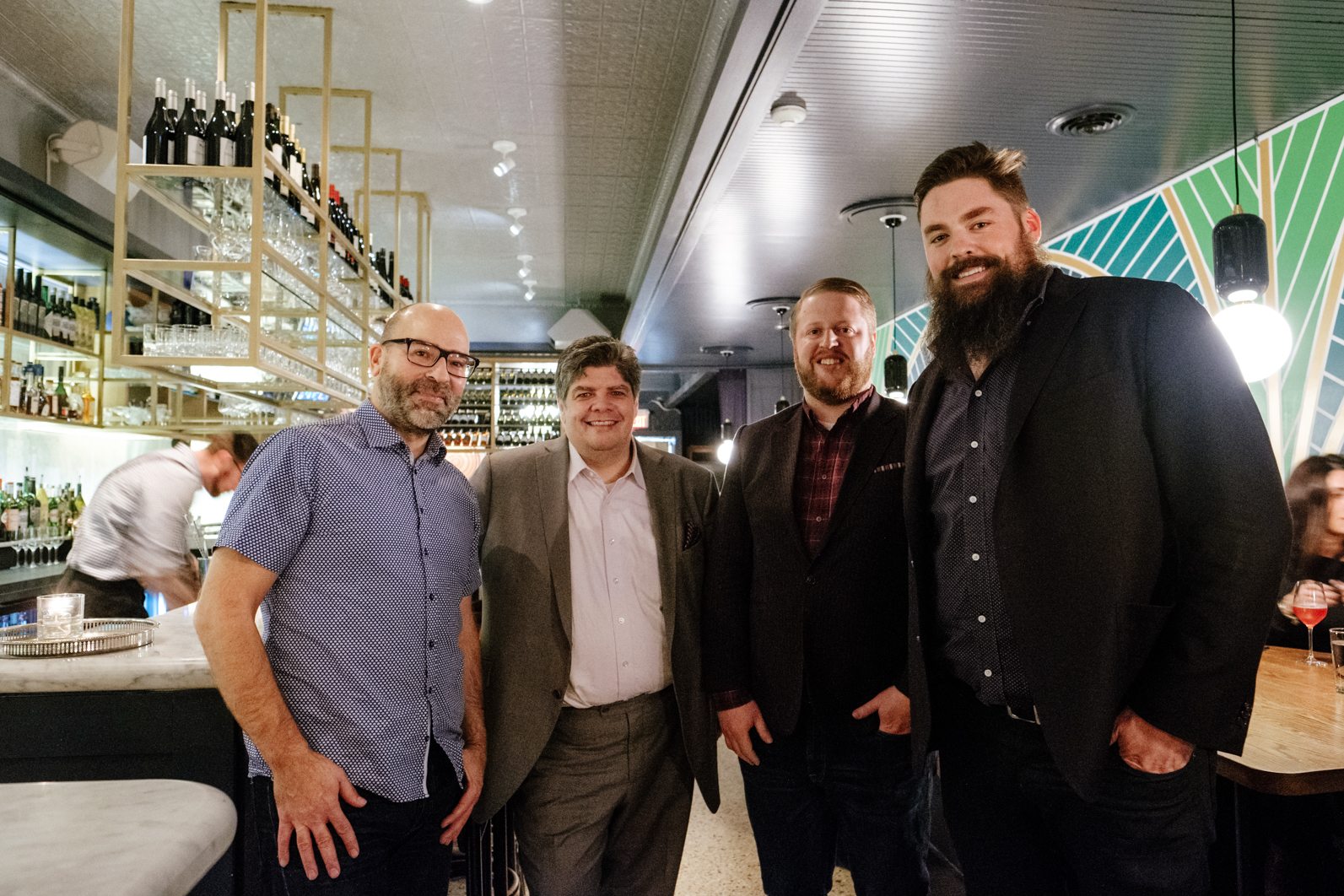 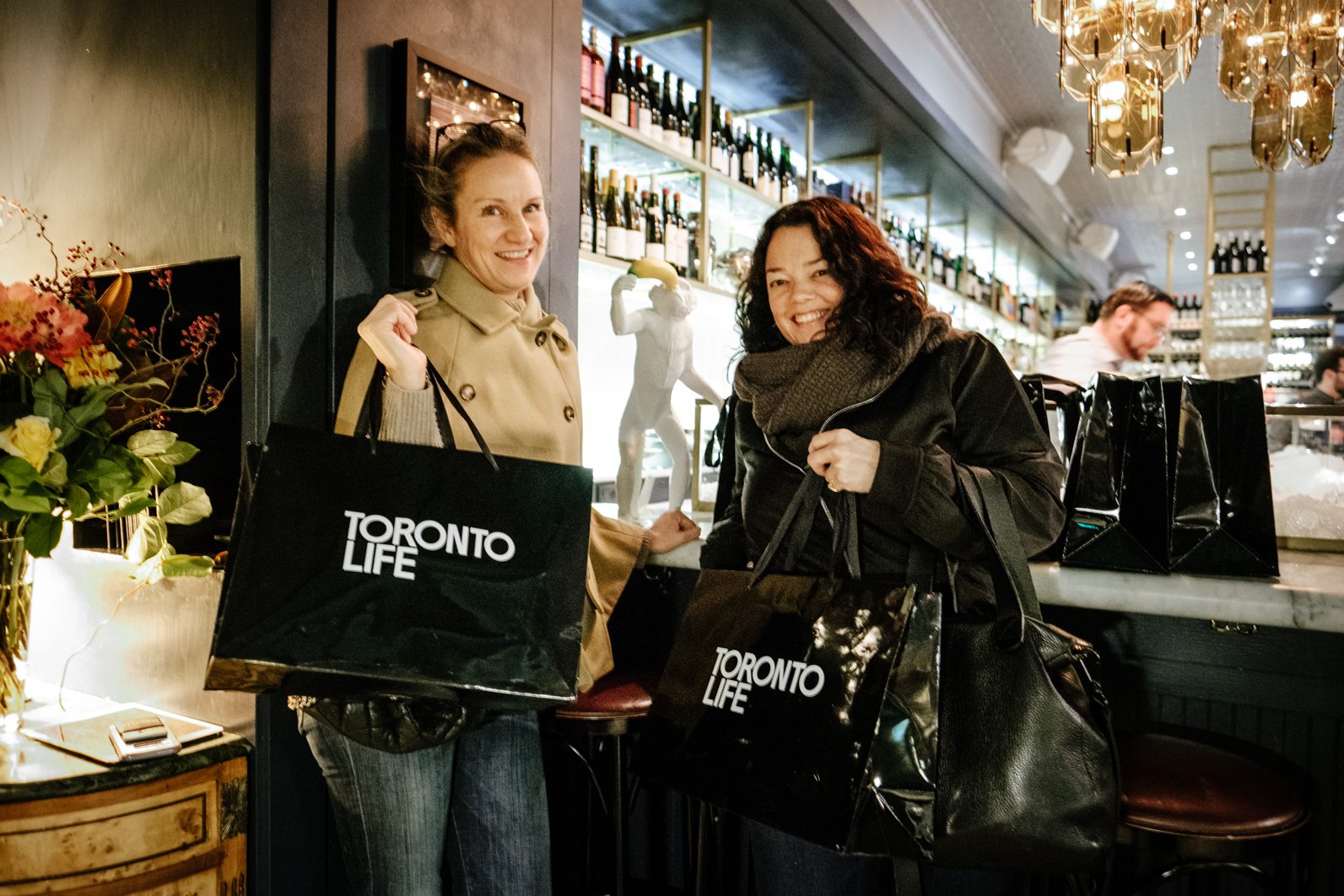