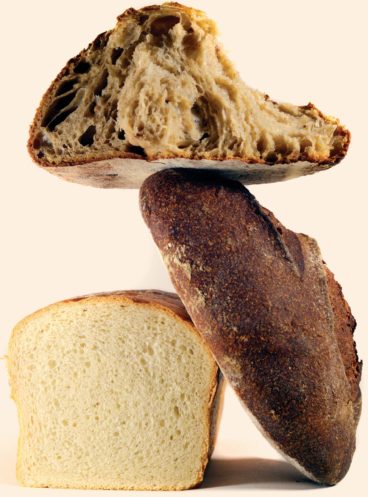 Exceptional boules, batards and baguettes are now being sold at brewery bottle shops, trendy wine bars and, of course, farmers’ markets. Here, our picks for the city’s best loaves

This old-school-meets-contemporary-cool arm of the Terroni empire displays its loaves on rows of wooden pegs high above the room, like golden-brown trophies on a mantel. The specialties are rustic Italian staples, such as the pane Pugliese, an airy boule made with imported semolina flour and sporting a ridiculously crackly crust. Dunk hunks of it in olive oil or whipped ricotta, and enjoy the tangy, slightly creamy flavour the loaf inherits from its lievito madre—Italian bakerspeak for “mother yeast,” or the starter Sud Forno uses in its sourdoughs. You can find it all at Spaccio, too, the brand’s new(ish) commissary kitchen in Corktown. $4–$7. 132 Yonge St., 416-955-1100; 716 Queen St. W., 416-504-7667; 22 Sackville St., 416-368-4248, terroni.com/sudforno 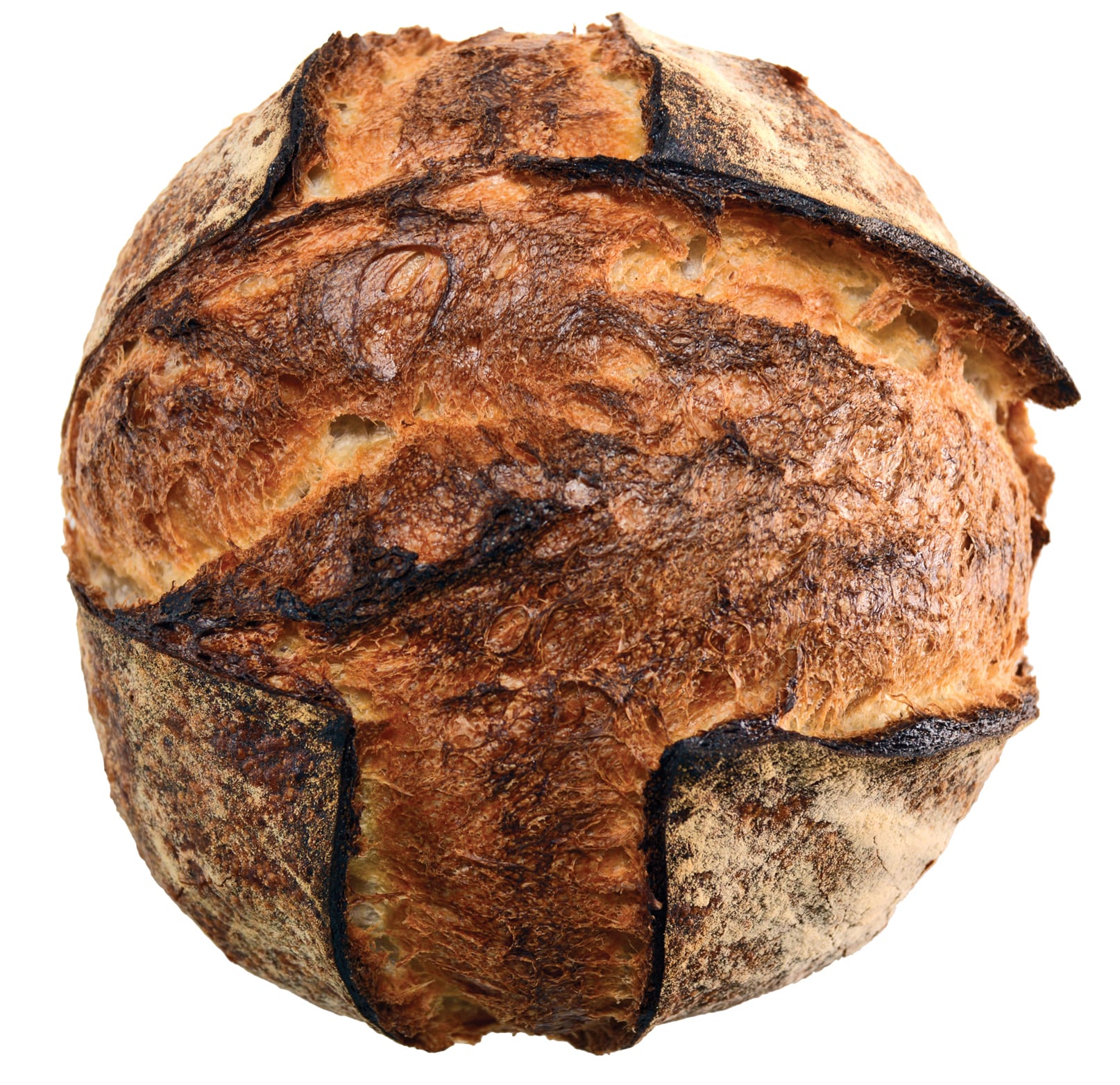 Restaurants and bakeries come and go—even some of Marc Thuet’s. But the popular French chef and boulanger remains the gold standard for an entire generation of aspiring bakers, and it’s clear why when you taste a slice of his Alsatian sourdough. The crust and crumb are perfectly crisp and chewy, and as in a glass of syrah, there’s a hint of sweet smokiness that makes the loaf unique among its peers. Thuet says the flavour comes from a sourdough starter that has been in his family for more than two centuries. $7.25. 1162 Yonge St., 416-924-2777, petitethuet.com

Run by the St. John the Compassionate Mission, this Broadview bake shop is a non-profit social enterprise whose small team of bakers trains some of the city’s neediest residents, including refugees and those struggling with addiction or mental health issues, in the methods of traditional French baking. A rustic cilantro-olive sourdough batard—piquant, herbaceous—is usually the first to sell out for the day. $7.25. 153 Broadview Ave., 416-850-7413, stjohnsbakery.com 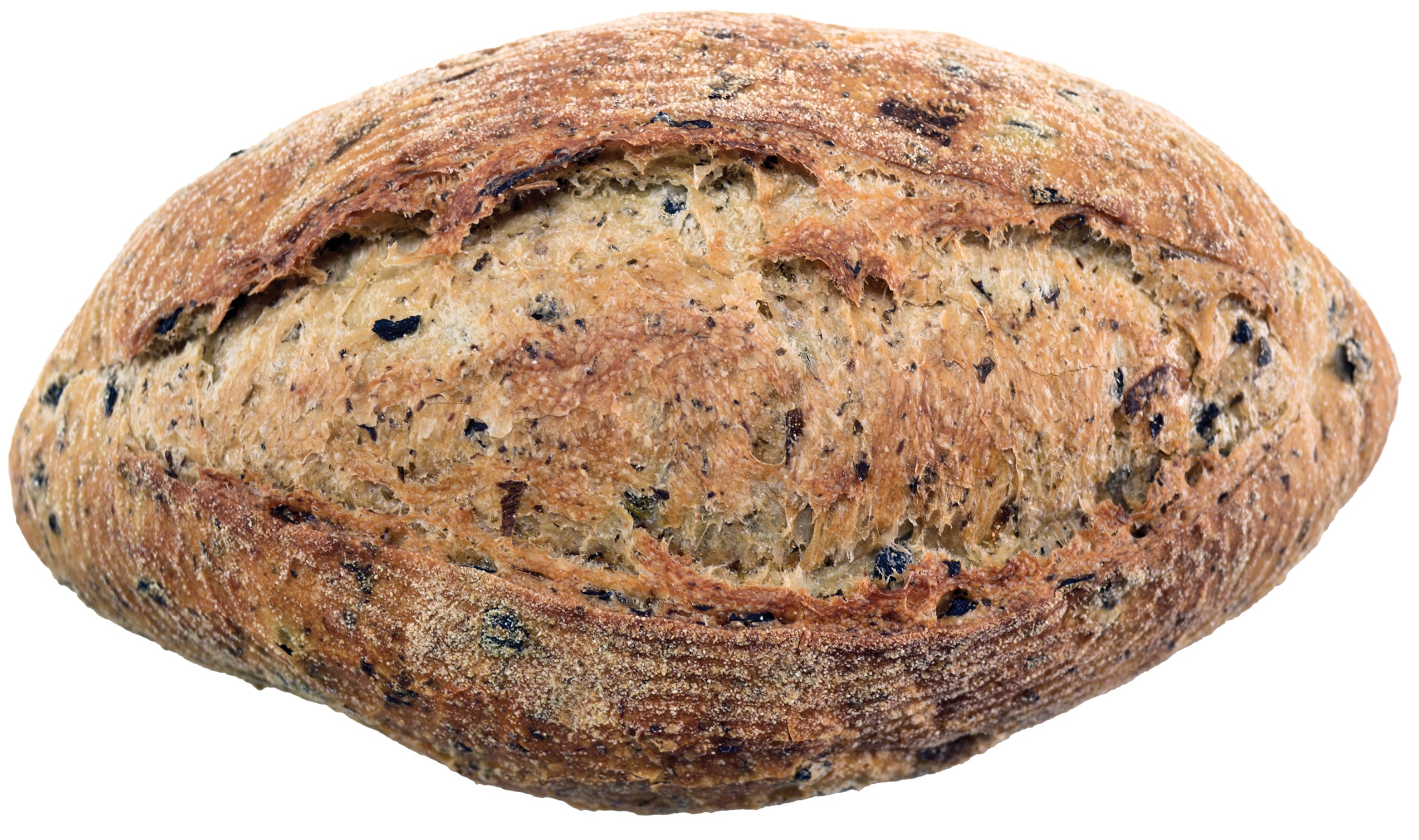 This Harbord Street bakery only opened its doors last spring, but the project was years in the making. Baker and owner Philip Haddad rode the sourdough and social media pop-up trends from their earliest days, hawking his unspeakably beautiful loaves (for free) during recipe tests. The shop offers far more than just the sourdough—there’s also an array of viennoiserie, peanut butter–miso cookies and bacon butty sandwiches. But the bread was the hook, and it remains reason enough to join the weekend queues. The mainstays are a country white and a porridge loaf, all blistered and bubbled, baked throughout the day and available in full and half loaves—though who could possibly possess such self-control? 161 Harbord St., 416-922-1626, emmertoronto.ca 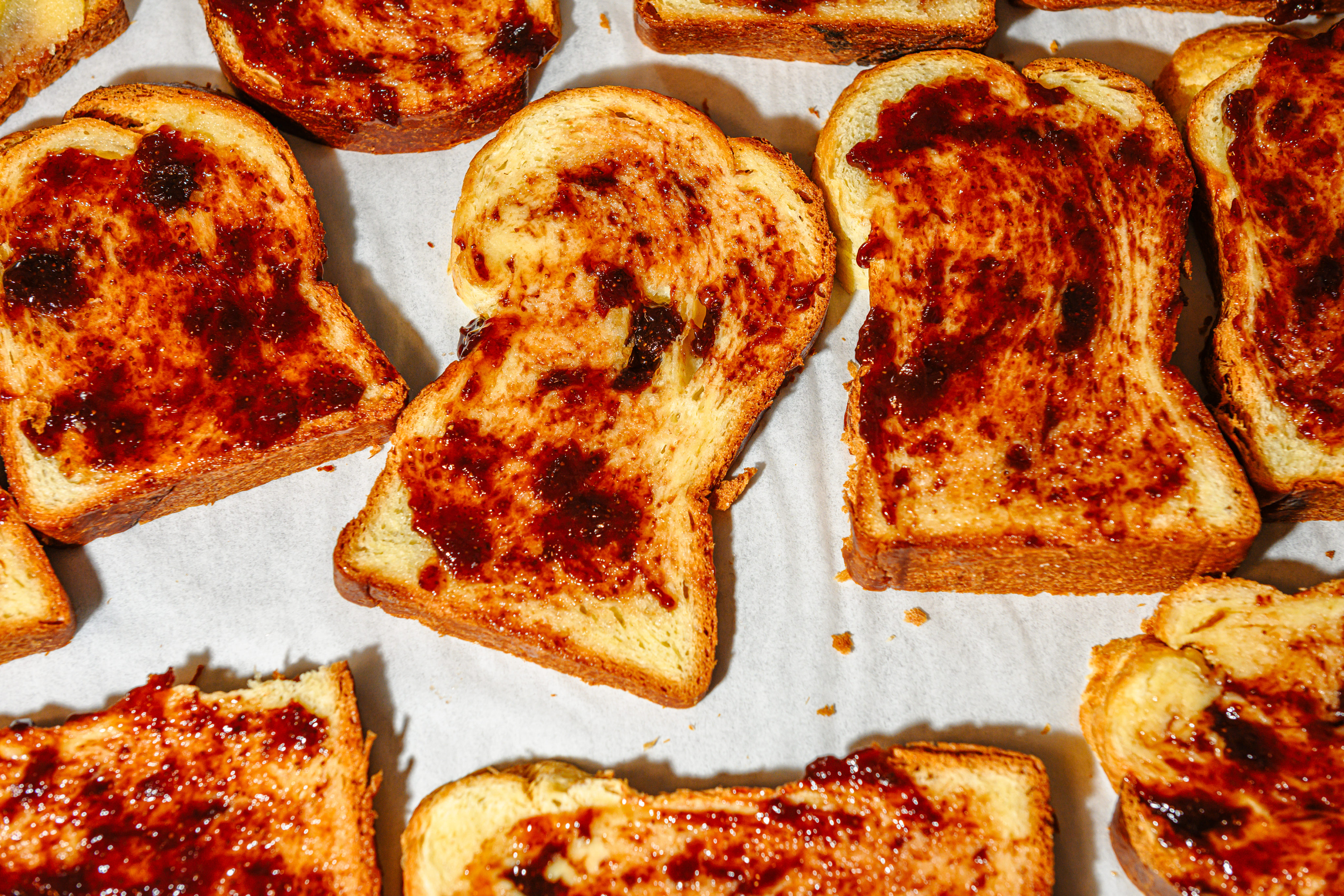 The longer a dough has to ferment before it’s baked, the more flavour the bread will have. So when you bite into the double-fermented multigrain sourdough from this College Street bakery, you’re tasting the result of not one, but two time-consuming cycles: for the first, a mix of organic rye, oat, wheat and Kamut sits for 24 hours; it’s then added to a stone-ground wheat dough for another 24-ish hours before it’s time to shape and bake. It’s labour-intensive, but owners Grant MacPherson and Lainie Knox believe it’s worth it for the deep, nutty flavour of each oat-studded loaf. $6.75. 970 College St., 416-531-1211, @prairieboybread 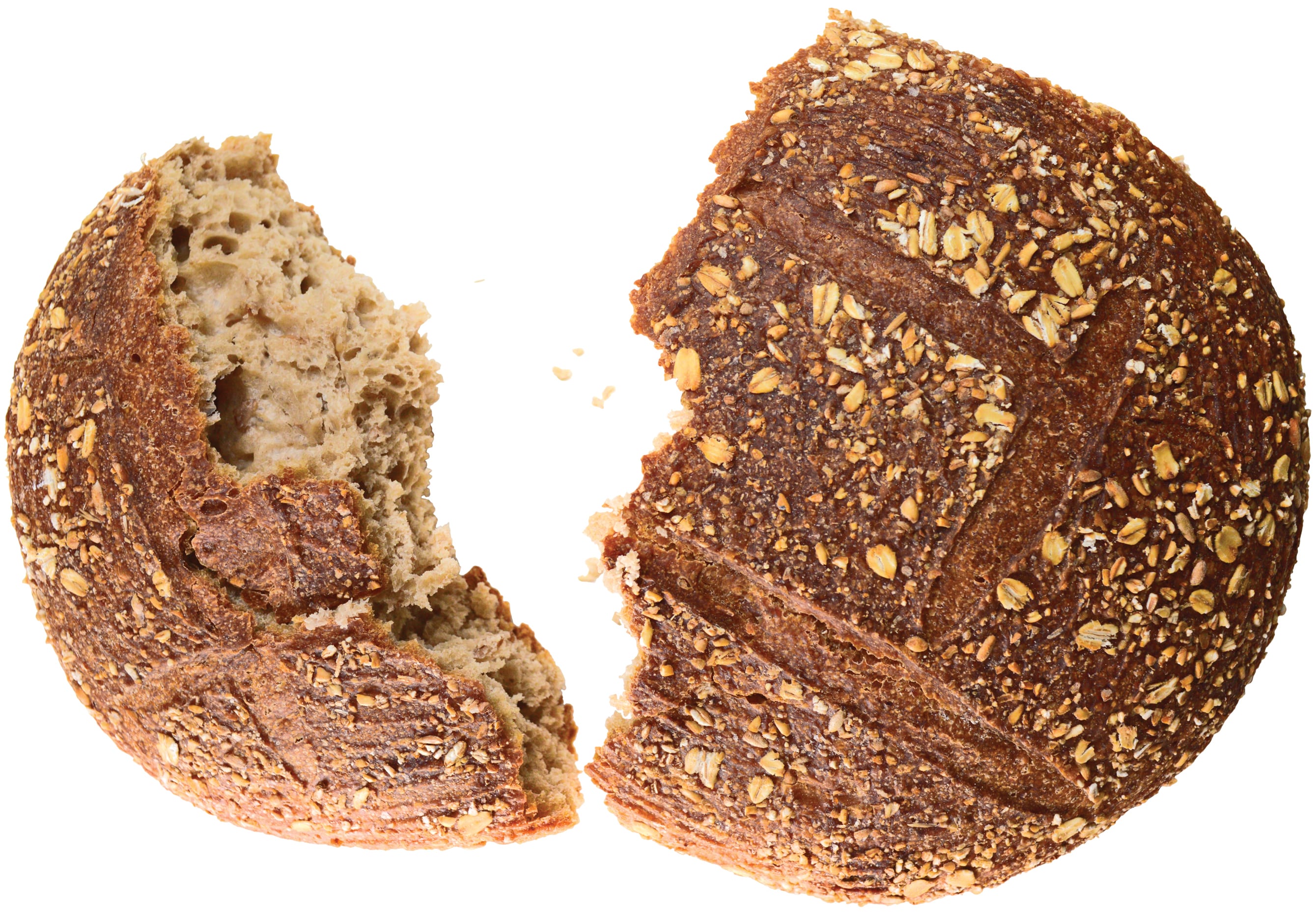 Not content to simply produce fine loaves of bread, this Liberty Village bakery takes things one giant step further by milling its own flour on site—like a coffee shop that roasts its own beans. Flour is, after all, the primary ingredient in every loaf, and the fresher the goods, the better the taste. The proof is in the thick-crusted, hearth-baked sourdoughs and dark, dense ryes—the Bird Loaf, in particular, is a heavily seeded, wholesome staple made from high-protein hard red wheat (the menu identifies which flours are used in each loaf) in addition to spelt-spiked baguettes, Jerusalem-style bagels, pillowy milk buns and heritage-grain challah on Fridays. 8 Pardee Ave., 416-536-4848, brodflour.com

Despite the gloriously ’70s red, yellow and orange moulding that hangs over the bar, it’s the massive orbs of Italian sourdough that first catch your attention inside David Mattachioni’s Junction Triangle and Little India pizzerias. The loaves are almost cartoonishly appealing, golden-brown all over with spots of char and a Dumbo-sized ear—the prized ridge that runs along the centre of the loaf where it was scored before baking in the 500-degree-Fahrenheit oven. Inside, the loaf is bright white and has a rich, challah-like texture. $8.1617 Dupont St., 416-519-1010; 1501 Gerrard St. E., 416-466-1111, mattachioni.com

Even for the most hardened of bread cultists, it’s nearly impossible to pass up a perfect croissant or pain au chocolat. So don’t—but make sure to also grab a loaf of this patisserie’s picture-perfect rye–whole wheat sourdough. It’s as big and round as a decorative throw pillow, and the exceptional crust, scored with a dramatic flour-dusted X, shatters like an eggshell to reveal a light, grainy crumb that is, in its own way, just as craveable as one of the more buttery baked goods on offer. $8.95–$10. 617 Mount Pleasant Rd., 416-481-1666, julescafepatisserie.com 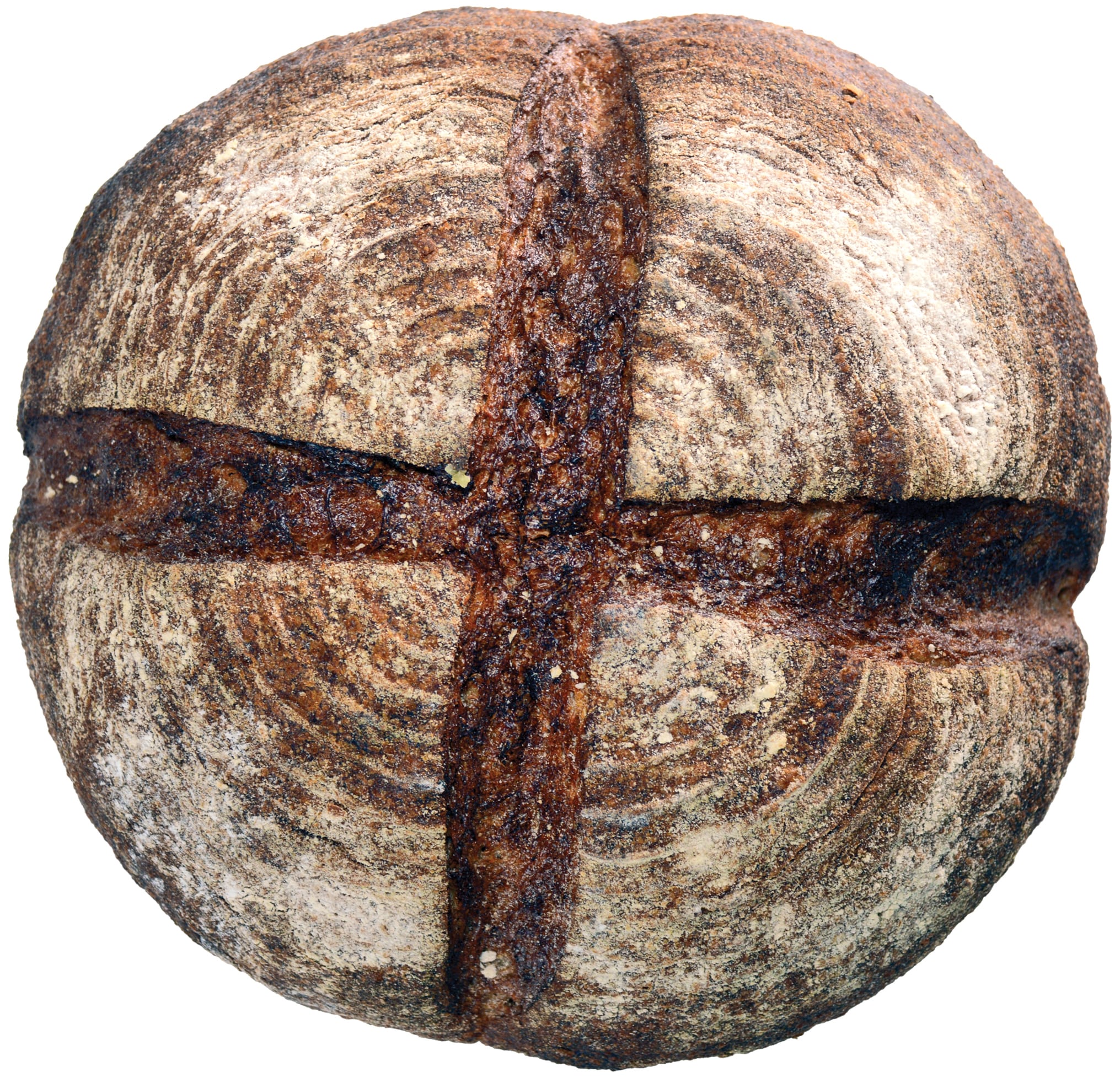 While most of its kind are light and airy, the baguette at this College Street pintxos bar was created to be denser, the better to sop up the Spanish spreads and conservas on the menu and at Bar Raval’s sister restaurant, Bar Isabel. And who needs tradition when the result marries a blistered crust and a crumb that practically melts in your mouth? The trick is a blend of hard white and all-purpose flours, a sourdough starter the bakers named “Adam” (seriously) and the use of a “poolish”—that’s a mix of flour, water and fresh yeast that gives the dough more strength and the end product an unbelievable crunch. $4. 505 College St., no phone, thisisbarraval.com

There’s no point in choosing favourites from among the lineup of baguettes, boules and pullman loaves (not to mention marvellous pastry), but the oblong batard of the seeded sourdough might be the perfect loaf. It’s a hearty blend of wheat, spelt and red fife flours mixed and dotted with all manner of seeds, from pumpkin to nigella, the latter adding an irresistible savoury aroma that begs to be met with a slathering of butter. Blackbird’s popularity resulted in a 2019 expansion to Riverside, which is now where all the breads are made. And while the Kensington original (which focuses on making pastry now) already feels like a piece of Toronto culinary history, the new shop is worth a visit for the chance to catch a whiff of a bakery operating at the peak of its power. 172 Baldwin St., 416-546-2280, 635 Queen St. E., 416-465-0043, blackbirdbakingco.com

How can you make a loaf of bread even more appealing to carb addicts? Call on the king of starches. This Vineland bakery—which makes weekly appearances at a dozen Toronto farmers’ markets—studs its potato and olive oil sourdough with spuds, adding both a sweet, earthy flavour and moisture. The result is one of the most pillowy slices in the city just begging to become part of the sandwich of your dreams. $6. Various markets, including the St. Lawrence Farmers’ Market, Leslieville Farmers’ Market and Midtown Market, delaterre.ca 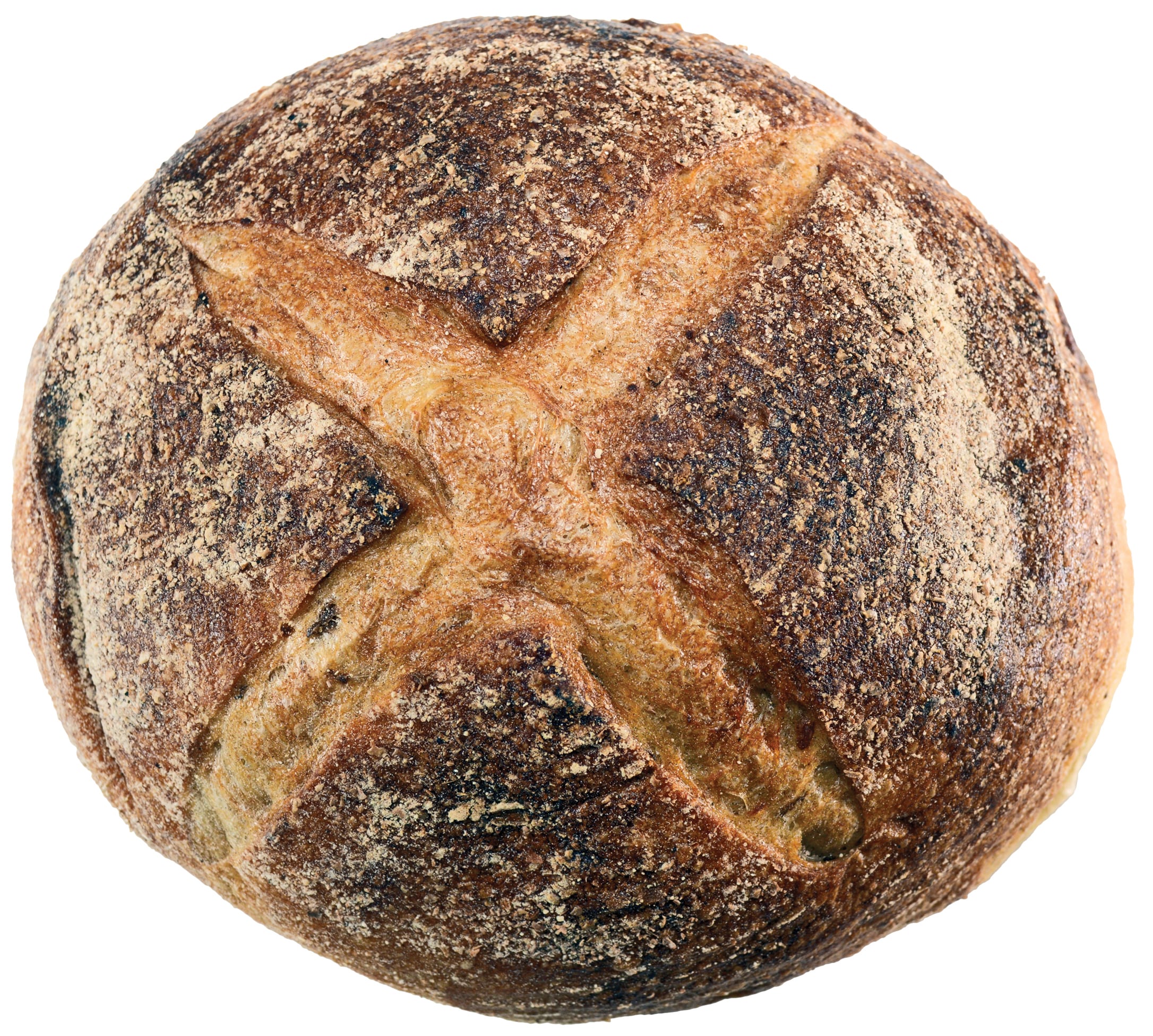 Before Patti Robinson had her own space, her freshly baked goods could be found at farmers’ markets and on the menus of west-end hot spots. Now, at the Parkdale address she shares with Sam James (a match made in heaven), Robinson makes all manner of loaves along with a selection of sweets. Her seeded multigrain sourdough, a dark and sturdy boule with hearty helpings of spelt and rye in the dough, has a preternatural tang and cinnamon-like aroma that Robinson credits to her flour supplier—and a sourdough starter pampered so meticulously she’s even brought it with her on vacation to keep it properly fed. $7.50. 6 Brock Ave., @robinsonbread

There’s a bustling laboratory vibe to this King West bakeshop that produces some of the most innovative baked goods in the city. The breads combine old-school Italian sourdough traditions with an avant-garde aesthetic that wouldn’t be out of place on a molecular tasting menu. There are long, narrow loaves made pitch-black and briny with squid ink; others burst with colour from saffron and turmeric. But the loaf we can’t stop thinking about is the filone al cacao, a savoury number made with grape must, bitter chocolate and poppy seeds. $6. 609 King St. W., 416-603-8305, fornocultura.com 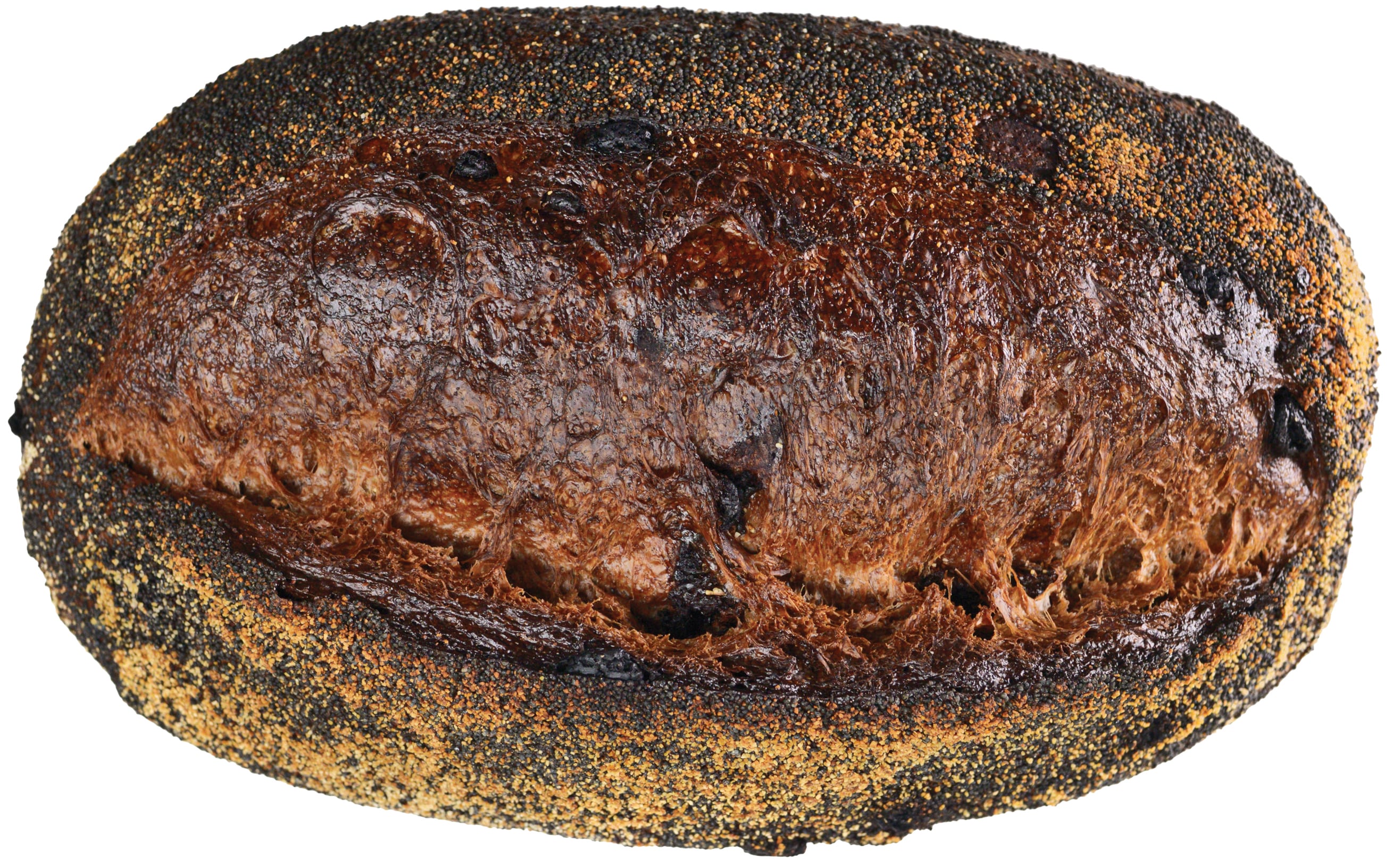 Crust fiends flock to this Scarborough strip-mall bakery for burly, almost muscular loaves of old-school sourdough. (And as anyone over the age of seven knows, the crust is the best part.) Tearing off a hunk of the Pana Rüstika feels like trying to rip a flour-dusted phone book in half, but with a much tastier payoff. It’s made with a nutrient-rich blend of whole-grain rye, whole-grain Red Fife and all-purpose wheat flours, giving it a salubrious, nourishing flavour that begs to be slathered with cultured butter. $6.25. 3047 Kingston Rd., 416-261-1010, cliffsidehearth.com 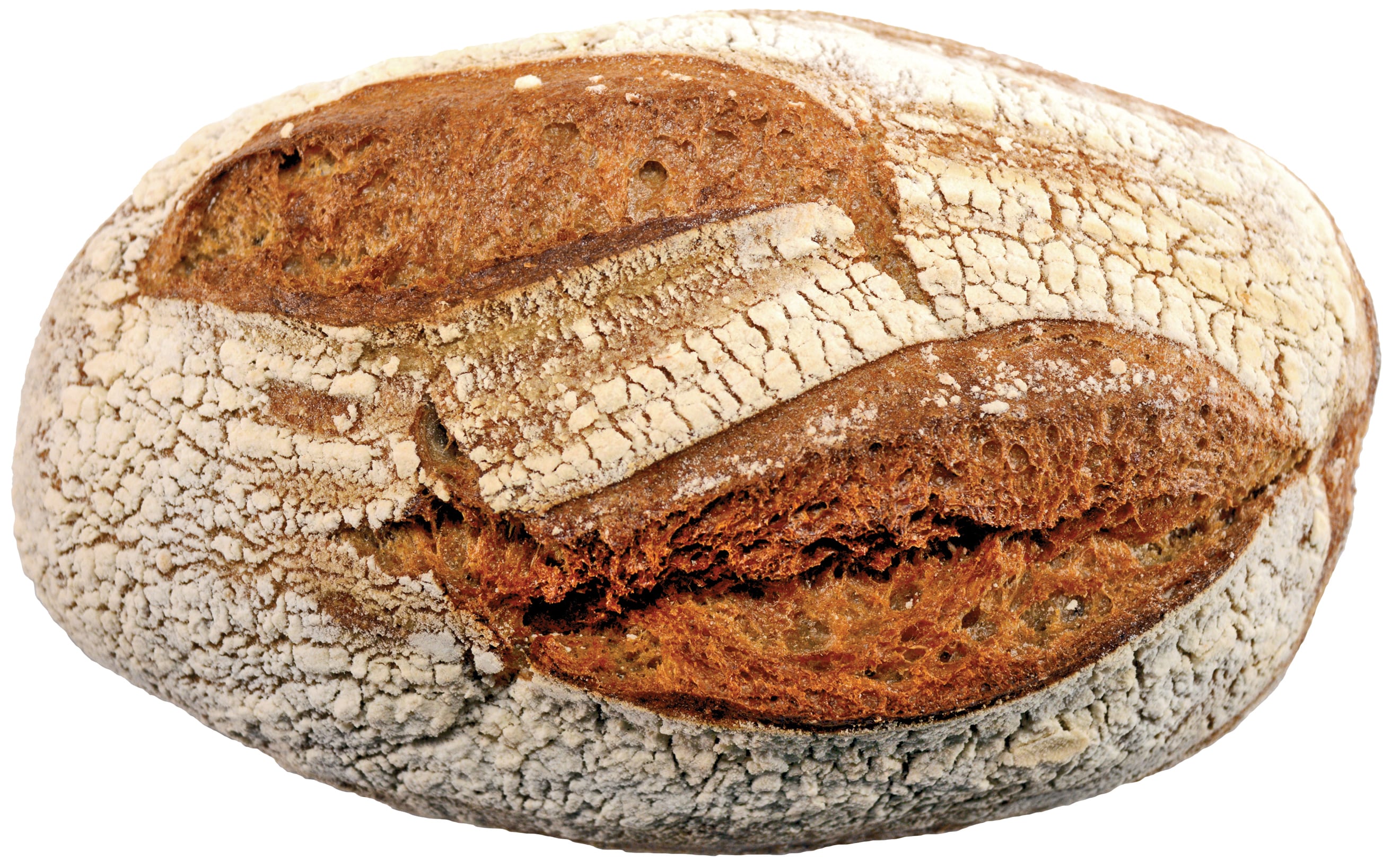 This story originally appeared in the October 2018 issue of Toronto Life magazine. To subscribe, for just $24 a year, click here. 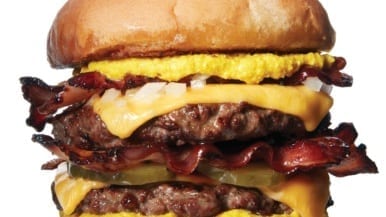 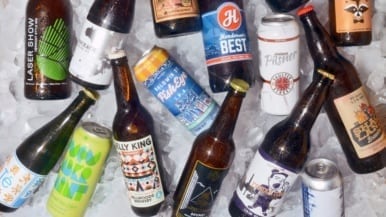 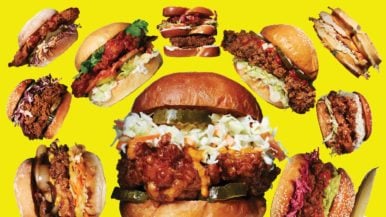